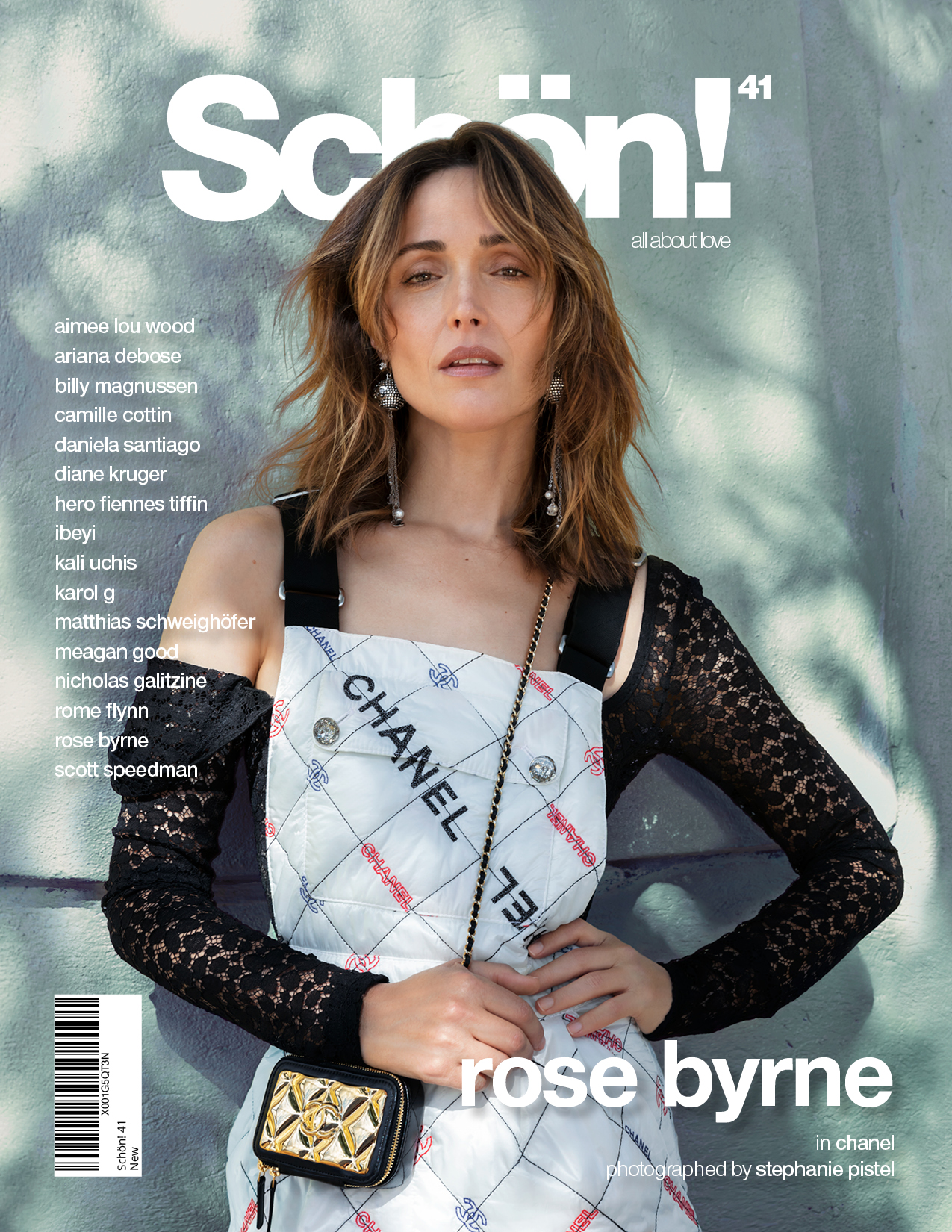 With the return of events and global travel, and with two doses of vaccine in our arms, it certainly seems like love is in the air once again.

But when we first exited our Zoom-cocoons, we were not ready for l’amour. It had been so long since we had been able to see each other that the ‘loving feeling’ felt foreign. We had to learn affection all over again, and once we did, we fell in love as all good lovers do: truly, madly and deeply.

With hearts in our eyes, we found inspiration for Schön! 41. The return of love in all its forms inspired us to explore the topic of passion in every way we could. Today, we are excited to bring you the result of that exploration.

Of course, the pandemic caused its expected troubles: delays, cancellations, working from a distance and more presented us with challenges. But thankfully, these inconveniences did not hamper us in the slightest. This magazine has always been a figurative labour of love — and, as we built this issue, our devotion was made manifest to create this beautiful thing we call #AllAboutLove.

First on our list of cherished stars is Diane Kruger, who speaks with admiration of her co-stars in the female-led action film The 355. Then, we are joined by Hero Fiennes Tiffin fresh from the After Romance series to discuss troubled characters, American accents and finding a partner whilst one’s world is in crisis in First Love. Joining these beloved figures is the multi-talented Matthias Schweighöfer, who remembers how his parents motivated him to act before detailing his team-led new film, Army of Thieves.

We continue our celebration of love by honouring friendship. BAFTA winning actor Aimee Lou Wood speaks on Sex Education and her meaningful interactions with fans. Meagan Good elevates her friends while lamenting New York dating in Amazon’s upcoming programme Harlem before Billy Magnussen talks family whilst breaking down his many forthcoming projects.

From there, we connect with Scott Speedman, who opens up about getting out of his own headspace and joining You, the infatuation-themed murder drama his girlfriend is “obsessed with”. Camille Cottin lays out the unconventional love story of her most recent film Stillwater, before recounting her journey from a French sketch show to Hollywood stardom. Daniela Santiago then documents her equally incredible path from befriending Cristina Ortiz Rodríguez to playing her on-screen.

We couldn’t talk about love without mentioning a romantic song or two. Gifting Schön! 41 with their passionate melodies is an incredibly talented collection of musicians, starting with the incomparable Karol G. These past months, Karol G’s themes of empowerment and sensitivity have spoken to us on a deep level — along with the music of the inimitable Kali Uchis, who joins us to discuss family, pride and being true to one’s beliefs. Rounding out our musical coverage is Ibeyi, who demonstrate how their sisterly bond helped them craft their forthcoming third album.

But these sultry tunes couldn’t just be contained to the world of music. Lately, our film and television screens have been filled with song after song — and for #AllAboutLove, we’re speaking to the best and brightest of those voices. Ariana DeBose recalls belting her heart out for Steven Spielberg to land a role in the Romeo and Juliet-inspired West Side Story. Nicholas Galitzine goes out of his comfort zone to become Prince Charming in Amazon’s new Cinderella adaptation. Rome Flynn remembers Dear White People’s musical fourth series before talking about on-screen representation and his mission to find love.

All of this leads us to our cover star: the one, the only Rose Byrne, who wears CHANEL for our cover. Byrne’s performance on the Apple TV+ hit Physical has stuck with us long after its first season’s final episode — and as we get our minds and our spandex ready for Season 2, we speak to the esteemed actor about the show, her production company and why everyone adores Dolly Parton.

After such a long and painful time apart, inviting everyone back into the world is a mission that will require a lot of tenderness. We hope that Schön! 41 ignites within you those feelings of devotion — and that when it does, you’ll be driven to go out and spread those feelings to everyone who needs them. Love is the thing that makes us human, and, like all good things, it is truly better when shared. Now, go forth and share your love with the world!

The print cover of Schön! 41 has been produced by