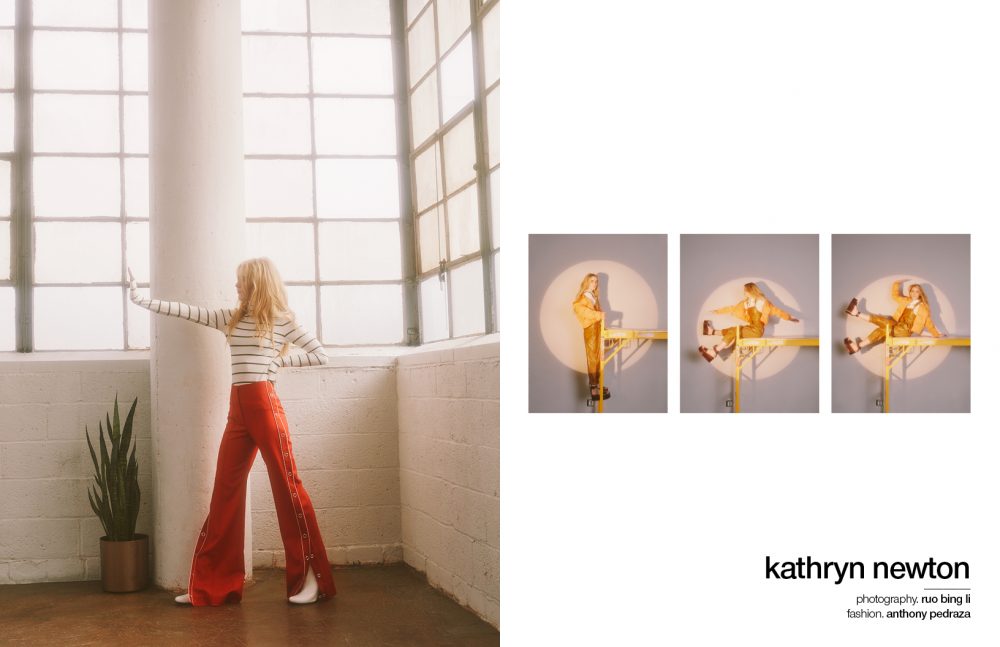 It’s another sunny day in Los Angeles and Kathryn Newton is holding the newest member of her family in her arms – a teacup poodle. The puppy, one of Newton’s three poodles, is named Paris, but that is subject to change. “I grew up on a golf course in Miami and had a poodle named Snowball who would ride in the golf cart with my dad and me,” Newton explains. “She lived to be 17 years old and was the best dog in the world. We just fell in love with poodles, and now I’m poodle everything.”

It’s hard to believe that this pup-loving girl plays the grungy teenage daughters in movies like Three Billboards Outside Ebbing, Missouri or TV shows such as Big Little Lies. Newton has been acting most of her life, getting her start at four years old in the soap opera All My Children. She doesn’t remember much, but recalls her dresses and the massive television cameras. “In New York, I would go to Broadway shows all the time,” Newton recollects. “I would sing on street corners, gather the money I had in my cup and give it to the first homeless person I saw. I just liked acting and my mum knew I liked it. I was going to attend USC and play golf, but now I’ve been acting non-stop and I love it.”

Having taken part in a wide range of genres, from drama to comedy, action and fantasy, it seems that Newton is capable of almost anything. In the newest Pokémon film, she plays the female lead: an investigative journalist who is strong, funny and fearless. What’s more, Newton performed all of her own stunts. “Who would have thought I would swim in a loch in Scotland and run through the highlands?” she muses. “I don’t want to be satisfied. I want to be constantly pushing myself and scared.” When the trailer for the movie was released, Newton saw it and began to cry. She rang fellow actor Justice Smith to try and get some clarity on her emotions. He simply told her: “It’s because we did it and that’s enough. You’re proud.”

As a proud and strong athlete, the 22-year-old simply equates acting to golf: when one practices and puts the hard work in, the achievement is the product of that commitment. In her upcoming Netflix series The Society, Newton was scared every day that she couldn’t nail a scene. “When you have a feeling because you care so much about a story, it changes you when you do accomplish it,” she states. 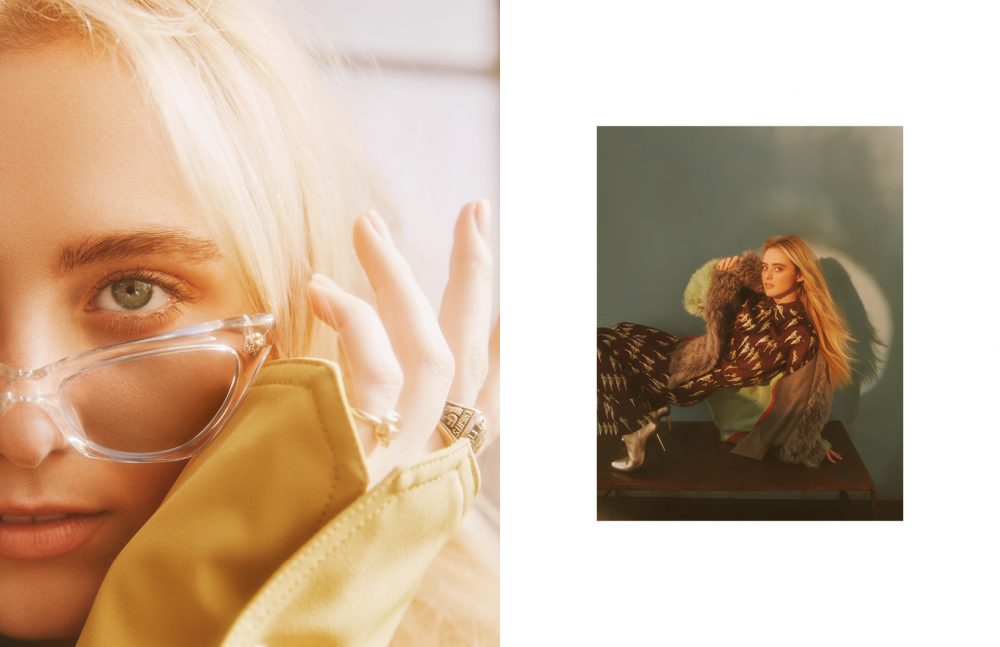 ‘Pokémon Detective Pikachu‘ and ‘The Society‘ premiere worldwide on May 10. Season 2 of ‘Big Little Lies‘ premieres on June 2.