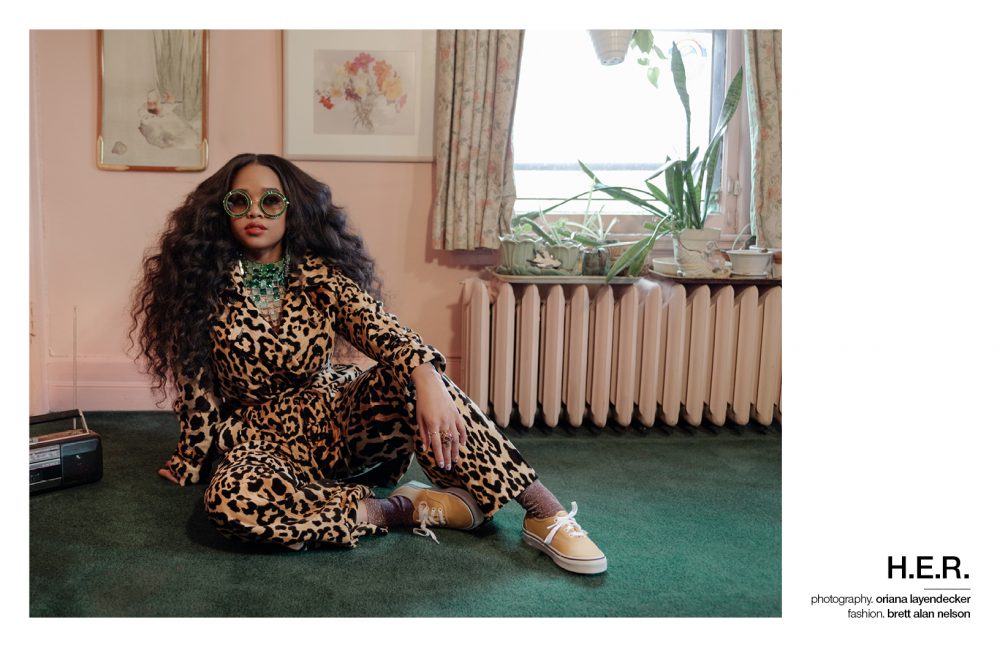 H.E.R. is the rising R&B star set to change the face of a genre – ironically, without having to show much of her face at all. The songstress, whose real name is Gabi Wilson, is known for lyricism that reads like a diary and honey-toned vocals that tell tales of heartbreak and young love. Her soothing Soul melodies, Jazz-infused riffs and Blues-inspired chords make for a contemporary form of R&B that pays homage to the genre’s roots.

The magic in H.E.R.’s music lies in its ability to invite you into her world and she never shies away from exploring the highs and the lows of love with sincerity. The ballad Best Part, featuring Daniel Caesar, celebrates infatuation and became a modern classic after its release in 2017, while Focus explores the sensation of feeling invisible in a relationship. This ability to connect has millions of fans streaming her music, including idols like Rihanna and Alicia Keys.

H.E.R. is fresh off the plane from her first Grammy win. She scored five nominations, winning Best R&B Performance and Best R&B Album – all at the tender age of 21. “I never expected it to happen so soon,” she admits. “It was everything I expected and more.” Her youthful optimism is a breath of fresh air. “I’ve always been a big dreamer,” she says. “I’ve never thought that anything was out of my reach.”

Hailing from the San Francisco Bay Area, H.E.R. grew up in a Filipino and African American household where music was a family affair. “Everything was playing at my house,” she recalls. “I recently found out my grandmother played a lot of instruments. She didn’t like to show off and she had arthritis, so I never knew.” Artistry is just as important to H.E.R. as her vocals. She plays bass, drums, guitar and piano and wants to learn the harp. Her love for sound goes deep and wide, from Country to Pop and Rock. “There’s rhythm and blues in so many genres at the core,” she explains. “The goal is to be genre-less. One day I want to be performing with a Coldplay or a Carlos Santana.”

H.E.R. took her first steps in the music industry when her father posted videos of her singing and playing instruments on YouTube, when she was still a kid. “I got a million views,” she recalls. “Instantly it went viral.” With talent beyond her years, it was only a matter of time before the record labels came calling. “I got signed to RCA records when I was 14, so I’ve been around for a really long time.” Her popularity soared when she released her debut E.P., H.E.R Vol 1., in 2016. She believes her music translated so well because she’s open to vulnerability. “It’s always my inner thoughts that resonate the most with people,” she states. “It’s always the music that’s written with things I’m afraid to say.”

There’s an interesting contrast between Wilson the woman and H.E.R the artist. The singer’s music is personal, yet her persona is an enigma. 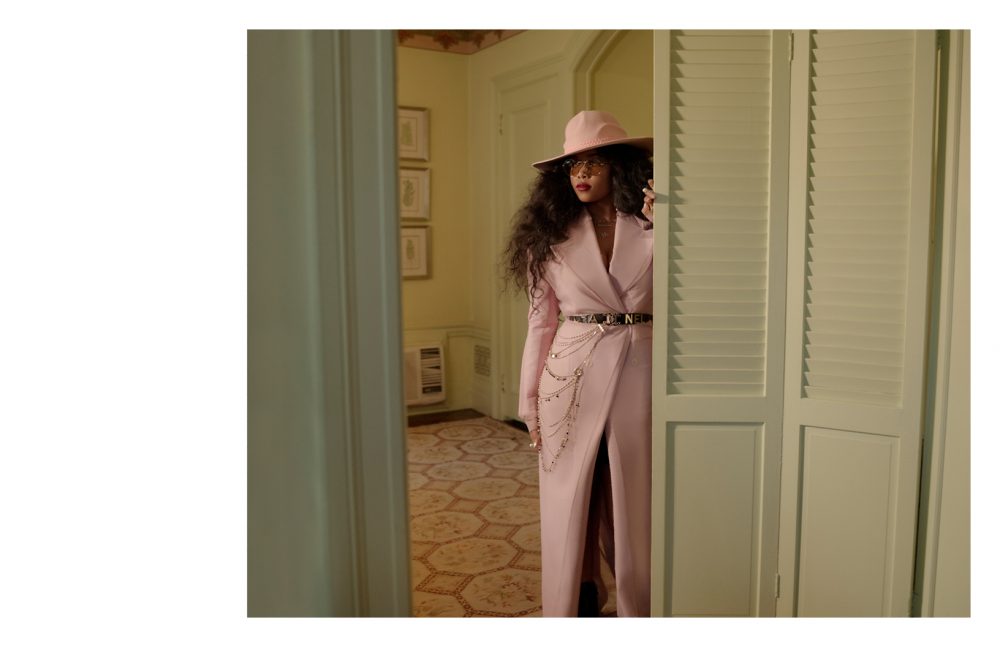 Catch H.E.R live at Coachella this week and at Lovebox Festival in July

This Schön! 36 editorial has been produced by