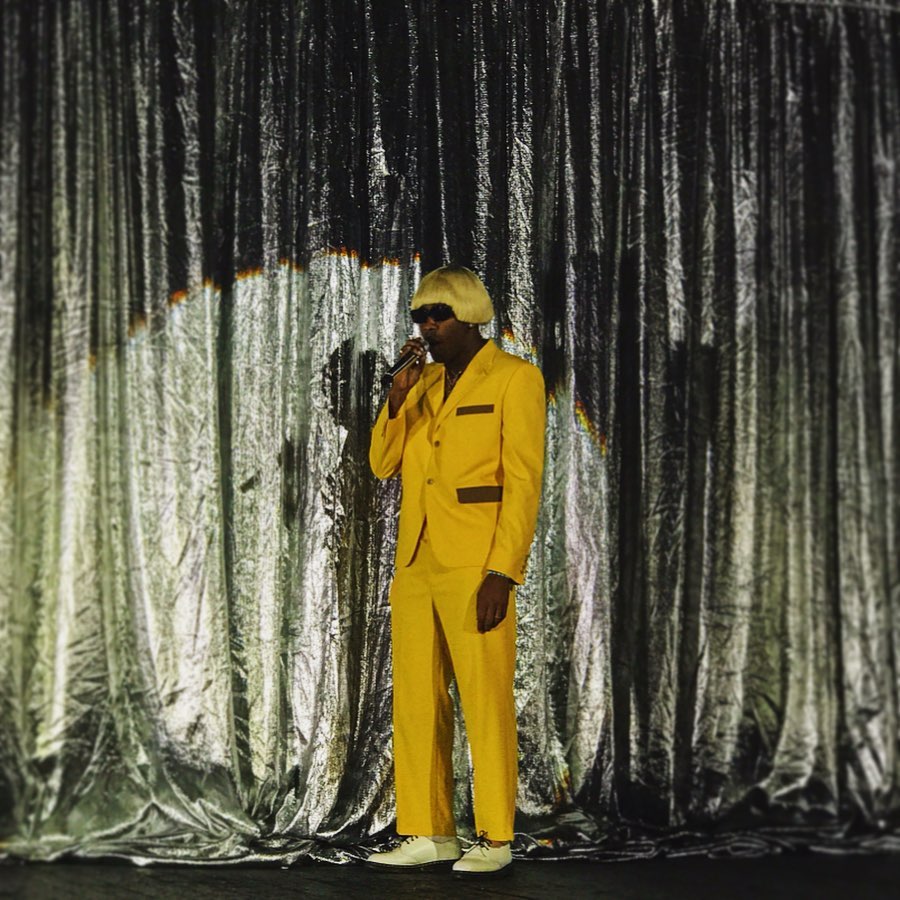 It’s been four years since notorious L.A. rapper Tyler, The Creator stepped foot on a British stage. The anticipation amongst the crowd is palpable. “Fuck Theresa May!” they roar, as whilst she was Home Secretary in 2015, she banned Tyler from entering the U.K. due to controversial lyricism on his early albums Goblin and Bastard. The Tyler that performed at Brixton Academy on Monday, September 16, is an entirely different artist. He’s released two albums Flower Boy and IGOR, his lyrical content has matured and he’s adopted a new alter ego. One thing that hasn’t changed is Tyler’s fiercely die-hard fanbase.

When Tyler stands, they scream, a testament to his gripping stage presence. His uninhibited performance style sees him contort across the stage like no one is watching, while the audience recites every line and ad-lib with such heart and intensity that when the mic is pointed towards the crowd they serenade like a rehearsed chorus. Brixton Academy became Tyler’s altar.

The zesty air of excitement in the audience comes after Tyler teased London with a surprise gig back in May. The unpredictable artist tweeted videos of himself outside Buckingham Palace before dropping a time and place for his impromptu show. It swiftly got cancelled after too many fans showed up. This week he returned to the city with vengeance, playing three sold-out shows in the iconic South London venue.

Tyler transformed its stage into a mirror of his current aesthetic, pairing simplicity with extravagance. The set production was reminiscent of a glamorous ’70s talk show, with glistening silver drapes and black-and-white projections. He entered the stage in a lemon-yellow suit and platinum bowl-cut wig. A retro Miami Vice look that represents an interesting evolution in his creative journey. The artist’s latest album IGOR is a vulnerable exploration of masculinity, sexuality and heartbreak. Classics like “She“ and “Yonkers“ that grew Tyler’s initial fanbase offered a nostalgic breather, but his more emotional tracks received the most fervent feedback from the 5000-strong crowd. Aside from an ivory piano, Tyler performs alone on stage. Yet he successfully keeps the energy at a maximum from the balcony to the barriers.

Tyler’s official return to London was not only overdue but a triumph. Fans left drenched in sweat yet completely invigorated by what they’d just experienced: the communal celebration of an innovator who revolutionised an entire genre. Tyler’s knack for novelty has maintained his legacy a decade after his debut. It’s equally why you never hear fans say “we want the old Tyler back.” The possibility of what he will come up with next is much more intriguing.