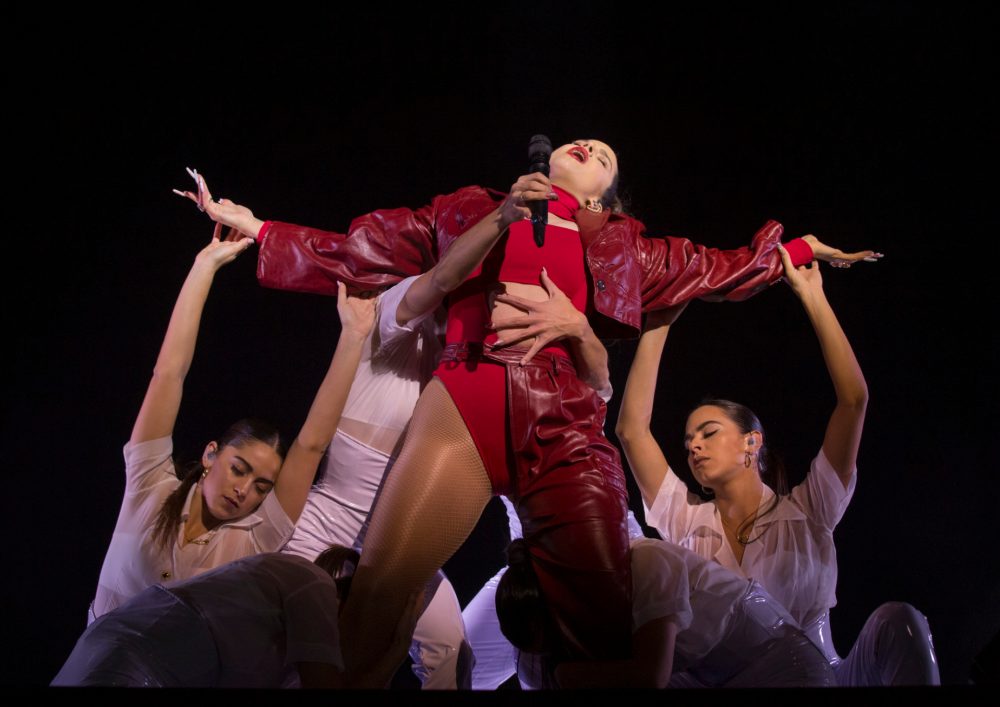 Spanish pop star Rosalía has a reputation for giving a show. At London’s Brixton Academy her captivating presence exceeded every expectation. The 26-year-old powerhouse gave her London audience an immersive taste of Flamenco’s Andalusian roots, an art form she’s heavily influenced by. Backed by foot-stomping, hand-clapping cantaoras, the theatricality of her conceptual album “El Mal Querer” translates intriguingly on stage. In her expression, she tells a story. With her hands, she conveys operatic drama and fantasy. The star’s gripping vocals fill the 5000-strong venue, and even in moments of silence, Rosalía’s magnetic gaze and charming smirk command the crowd’s attention. 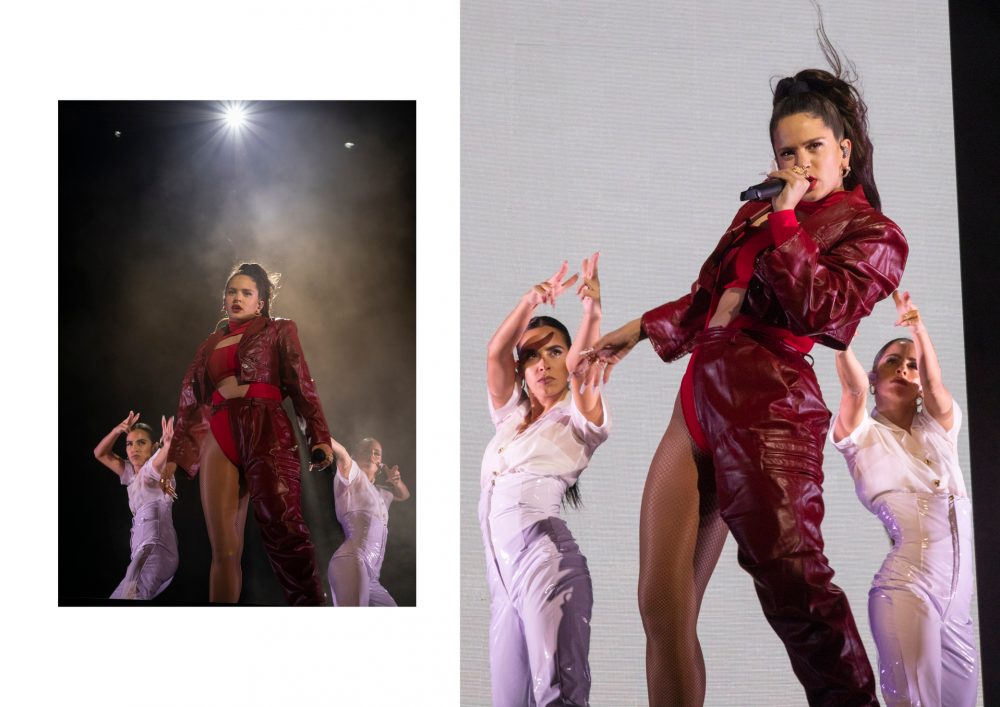 Rosalía first caught the world’s eye with breakout track “Malamente.” The singer’s international appeal lies in her chameleon-like approach to sound. Within the frame of traditional Spanish music, she experiments with contemporary genres like R&B and Reggaeton. Fusion is the very fibre of her style and is what keeps her performance so thrilling. She transitions between octaves with hypnotic control and ease on Flamenco ballad “Aunque Es De Noche,” hits crystal-toned high notes on song “BAGDAD,” which samples Justin Timberlake’s “Cry Me A River,” and masters every count of choreography on Reggaeton track “Con Altura” — which currently sits at 1.1 billion views on Youtube making it the most viewed music video by a female artist in 2019. 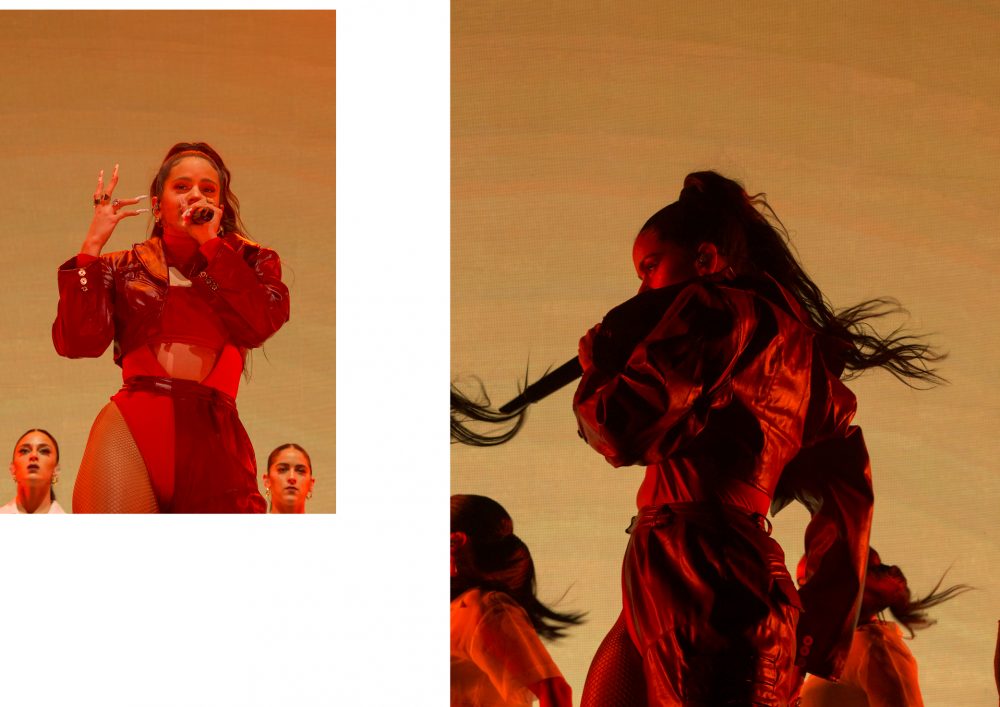 As a performer, Rosalía basks in showmanship and likes keeping her audience on the edge. When she isn’t surrounded by a synchronised dance posse, she entices the room with a choreographed solo. Her fans cheer as she sashays in a circle whipping her slicked ponytail. When she tells them to keep quiet so they can relish in her vocal stamina, they oblige. Without a sweat, she climbs from breathy, hushed melodies to a full-chested belt. At times she allows her voice to break with visceral emotion, while her vocal runs reach heart-wrenching highs. To see a Pop artist perform with such discipline and power was awe-inspiring. 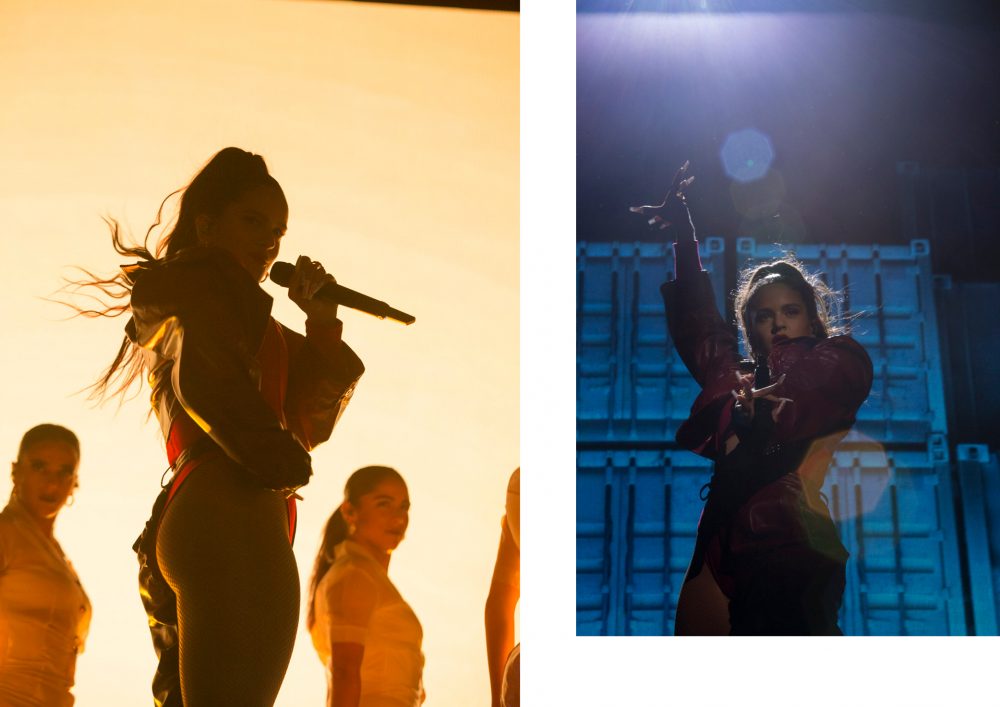 As her show comes to a close the lights dim. The star has left the stage but the adrenaline of her performance still lingers in the crowd. In unison, they chant “¡La Rosalía!” until she returns with the highly anticipated track “Malamente.” Later that night Rosalía posts an Instagram story saying she was “in shock” at her overwhelmingly positive reception and had “never performed in front of a crowd like that.” It’s the same humility she showed when speaking on stage. Despite exuding larger-than-life confidence, facing the fans that make up her millions of streams online must have been a surreal experience. What makes Rosalía a stand-out live act is that the extravagant perfectionism of her music videos is even more outstanding in real life. From razor-sharp choreography to breathtaking vocals, Rosalía is bringing artistry back to Pop. 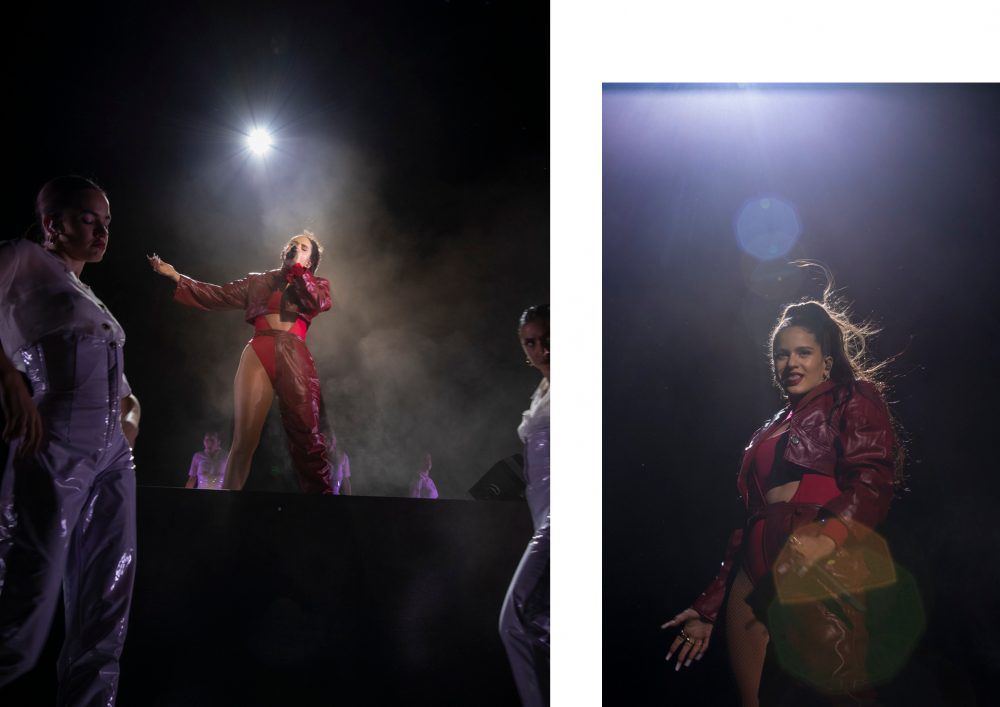