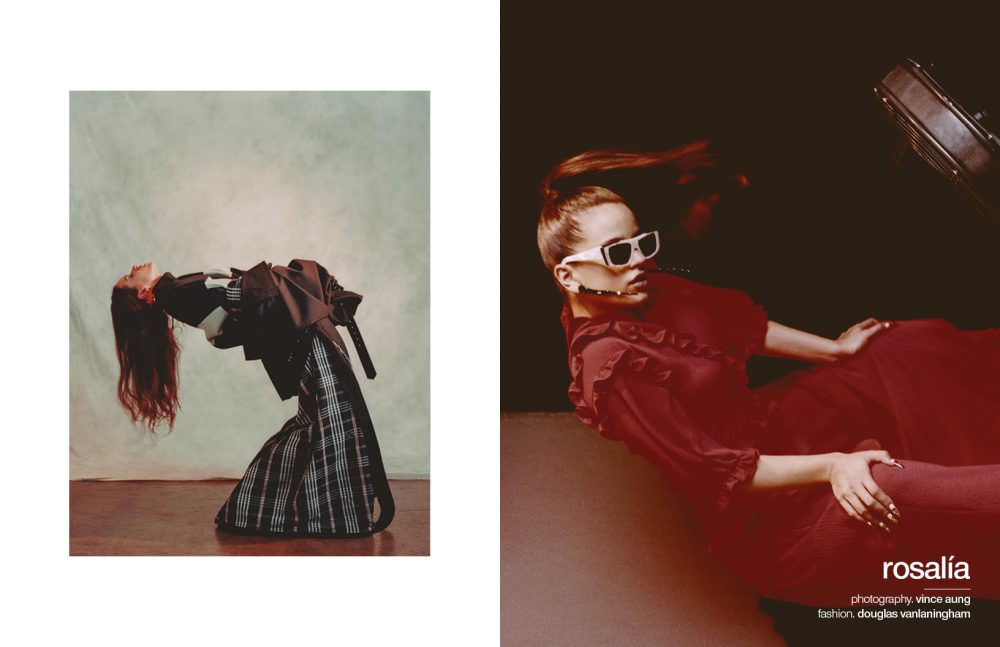 Photographer Vince Aung uses pink hues and soft focus to shine a new light on music artist Rosalía in Schön! 35. Rosalía makes it clear to Schön! that she puts herself first in her musical direction. “I don’t believe in rules when it comes to music. There’s no right or wrong. I put emotion first,” the artist proclaims. Fashion by Douglas Vanlaningham sees Rosalía placed in oversized trench coats and ’80s inspired suit jackets with accessories to add femininity – representing the powerful, independent woman she is. The garments are pulled from brands such as Ralph Lauren, Simone Rocha, Juun J and A.W.A.K.E. Mynxii White uses a golden palette on the eyes and nude brown lip gloss complimented by Darren Hau’s use of soft and loose waves on the hair.

Rosalía’s enigmatic voice and poised presence are taking the music world by storm, one chapter at a time. Meet the Spanish wunderkind representing flamenco’s flourishing future.

“I want to do this until I die,” the 25-year-old artist roundly proclaims. Rosalía Vila, known simply as Rosalía, appeared in the global music scene less than two years ago with her debut album Los Ángeles, alongside Raül Refree. Now, the Catalan singer is gearing towards the long-awaited release of her sophomore oeuvre, El Mal Querer. If Los Ángeles was a poetical ode to death, El Mal Querer sings to love, although with her characteristic darkness. “It’s about non-idealised love – a love with spikes,” Rosalía explains.

Rosalía’s distinctive murmurous voice emanates thoughtful sweetness, despite the heartrending motifs behind her music. Ranging from the softest lullaby to lyrical ballads and electronic innuendos, she is at the forefront of a resurgence of talent. But she has been through a lot to get to where she is, including the life-changing experience of hearing that she had to have an operation on her vocal cords. “It was a moment for silence, reflection, questioning and relearning,” she recalls. “When I was younger, I did not place as much importance on technique as I do now. After the operation, I went one year without singing. I spent time focusing on listening rather than speaking. I gained discipline, which is crucial in my current work and I’m so thankful for it. After the operation, I dedicated myself fully to music. I am both the instrument and the instrumentalist, so I completely changed my lifestyle.” 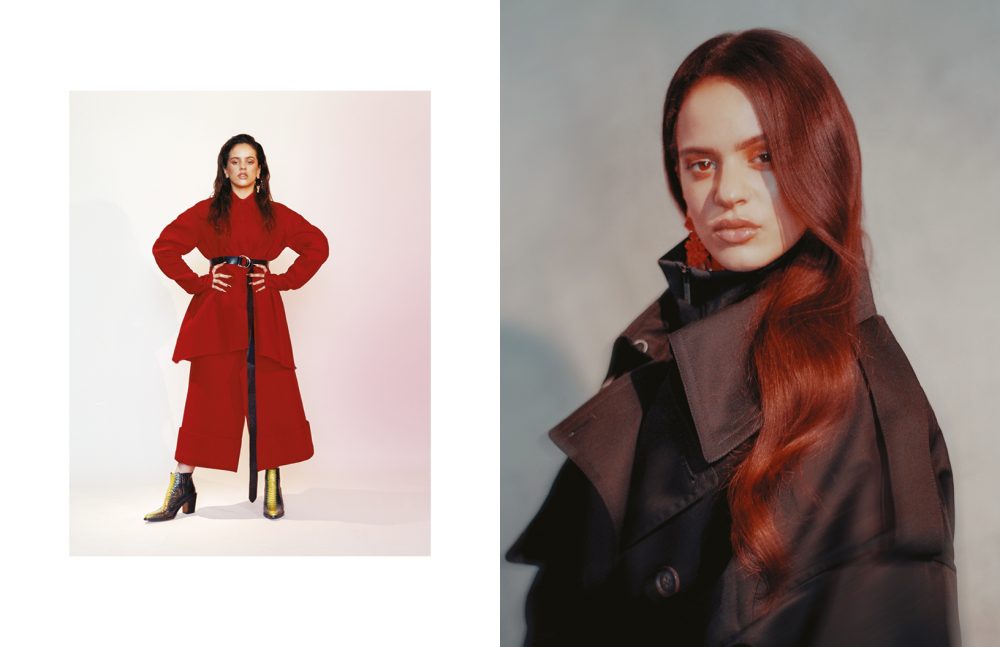