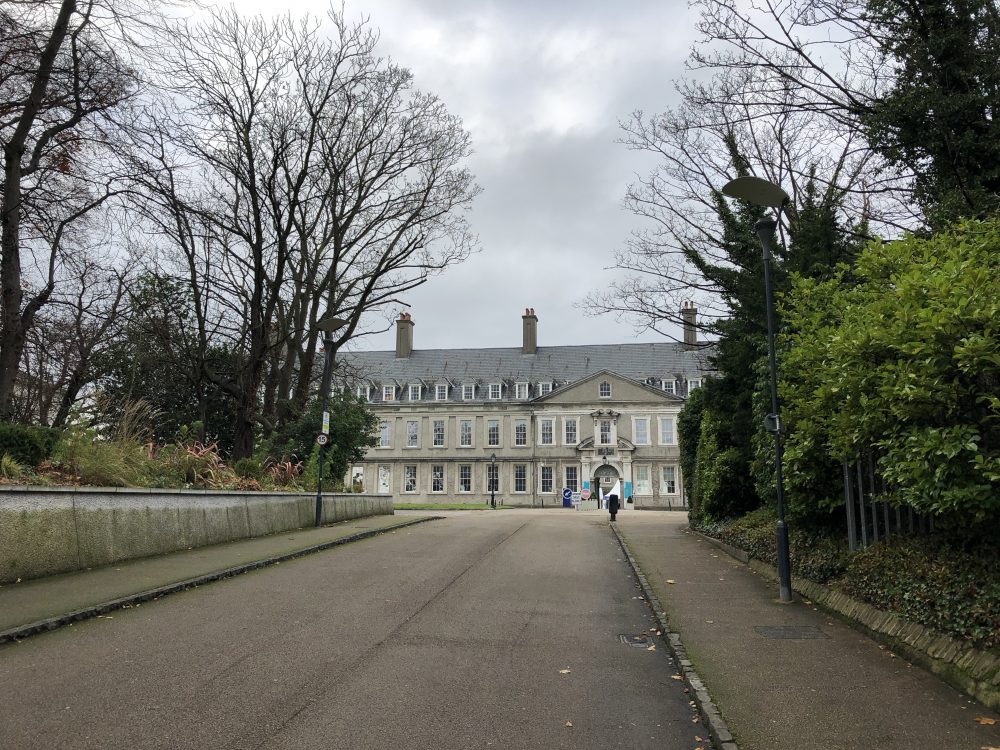 In the closing minutes of Derek Jarman’s 1991 Edward II, with the film’s queer king held captive by his rivals, the historicity of the film dissolves. Leather-clad protesters brandishing posters bearing slogans such as “Gay Is Not A Crime” and “Get Your Filthy Laws Off Our Bodies” storm the screen, shattering any illusion of a period piece. Filling the frame, they drag the viewer forcefully back into a contemporaneous present, where the queer community remained imperiled by a raging epidemic and systemic inaction. This scene makes explicit an urgency that otherwise goes unstated; simmering metaphor boils over into stark literalism. And who better to state this urgency than Jarman, himself a public voice (and future victim) of the AIDS crisis? This immediacy became inseparable from the artist himself – it became the primary thematic of a later practice bent on eeking production out of a life cut tragically short.

As visitors walk through the Irish Museum of Modern Art’s newly opened exhibition PROTEST!, curated in honour of the 25th anniversary of Jarman’s death, the art becomes anything but urgent. Entering the exhibition space, one meets an expansive hall, walls lined by Jarman’s early professional work and punctuated by the grainy Super-8 footage of Jarman’s 1971 short film A Journey to Avebury. The works, lined parallelly, necessitate a slow meandering through the space, while the paintings – planarly flat, and as the wall text reads, “alchemical” – hardly usher the viewer along. The quick cuts of the video serve as a subtle reminder of time passing, each shot only a few seconds long, but its subject – a dusky English countryside – creates more of a melodic lull than frenetic charge. 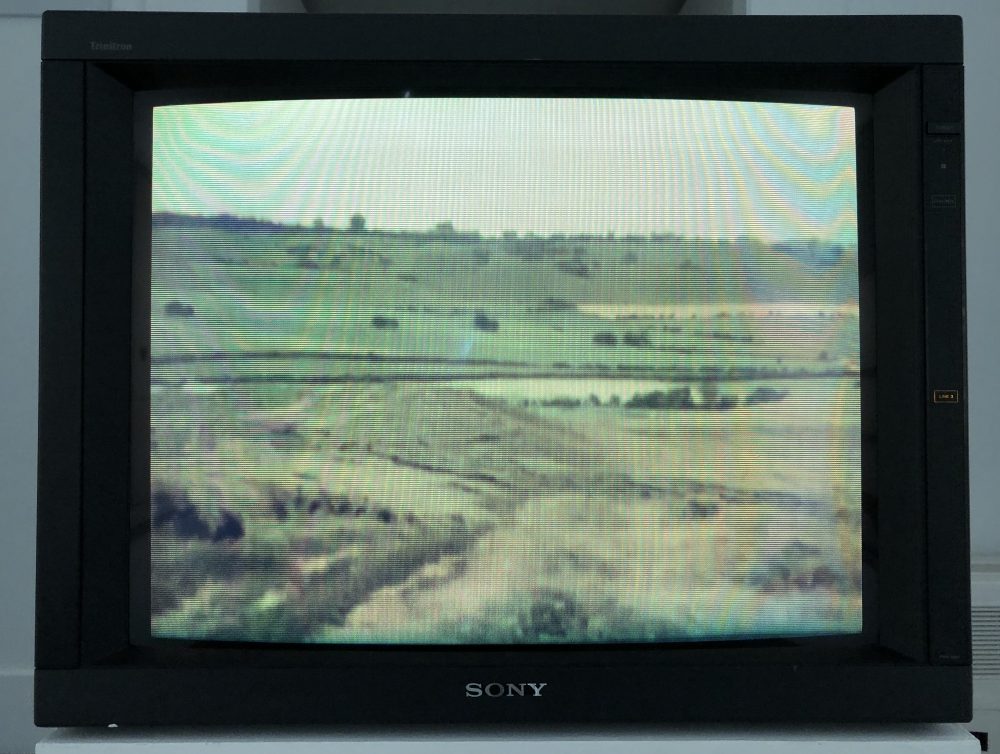 A Journey to Avebury 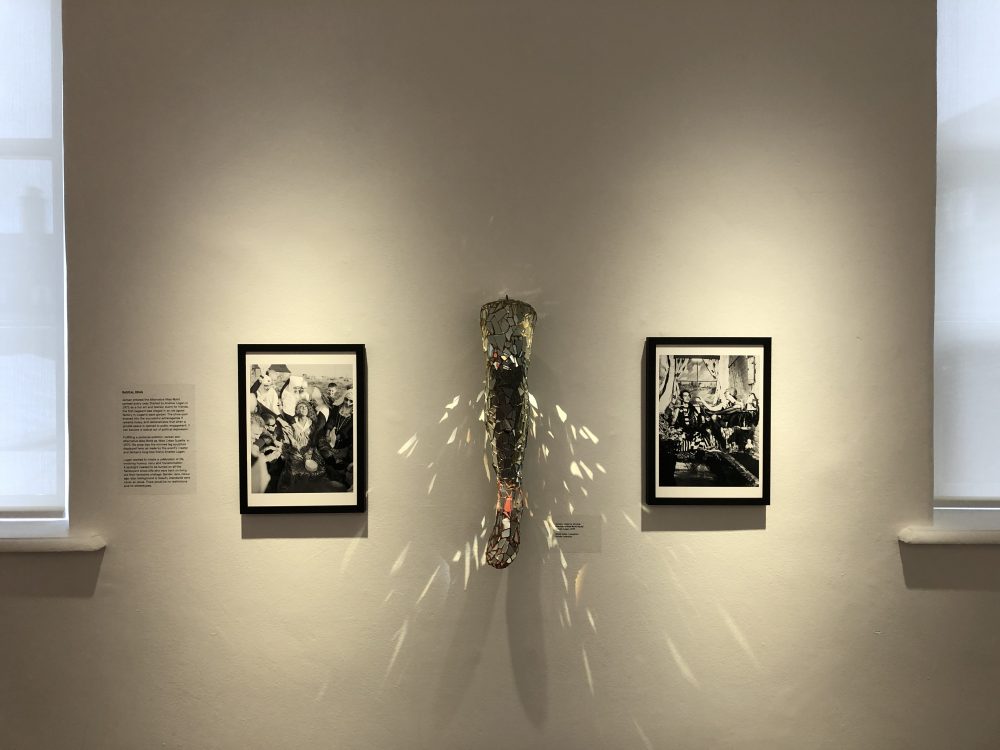 The scope of the work on display proves comprehensive; early, largely impressionistic works including Untitled (Rugby Players) (c.1962) – produced for Jarman’s entry to the Slade School of Art – give way to his black “tar” paintings and his later, painfully ironic “slogan” paintings. The immense pain borne in Jarman’s caustic wit becomes readily apparent in works like Fuck Me Blind (1993). Etched repeatedly into the painting’s black swirl, Jarman’s violent demand demonstrates not so much irreverence as it does a willingness to laugh back at the cruel existential joke that he was swiftly becoming the butt. In this regard, the exhibition is a runaway success: one gets a complete sense of Jarman’s body of work, with engaging injections of his complimentary pursuits. Significant space is devoted to his gardening practice, which he developed, ravaged by illness, in the shadow of the Dungeness B Nuclear Power Plant. Likewise, the leggy prize of the Alternative Miss World Jarman won as Miss Crêpe Suzette is on display, along with an entire room devoted to his costume design. The exhibition removes Jarman’s practice from the confines of his filmic reputation while paying it ample heed; allowing it space to breathe as both diverse in its content and its multimedia approach.

Yet, one gets the overwhelming sense that Jarman’s work, life, and death exist wholeheartedly in the past. This, in literal terms, is simply a fact – the show, after all, commemorates a quarter-century since his passing. But inseparable from the historicization of Jarman’s work is that of his milieu and its urgencies. The conditions in which Jarman produced are, as Fuck Me Blind so emphatically proclaims, inexorable from the work itself. In this light, PROTEST! treads precariously. If Jarman’s work is entirely of the past, what is the exhibition’s relationship to the seemingly post-AIDS context it implicitly places itself in? 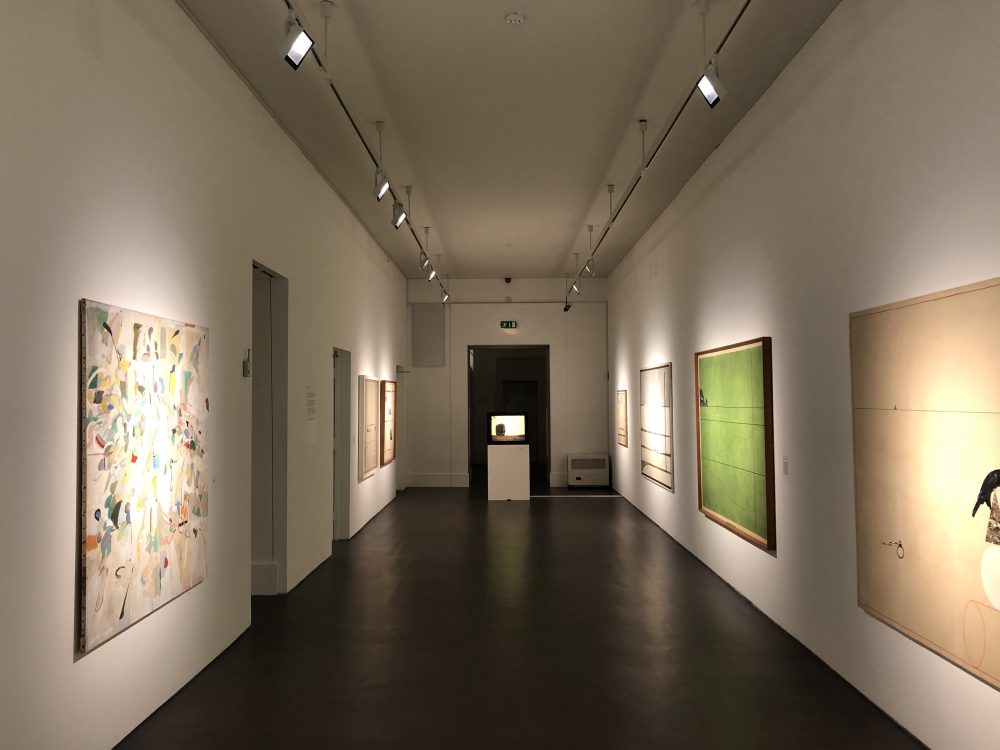 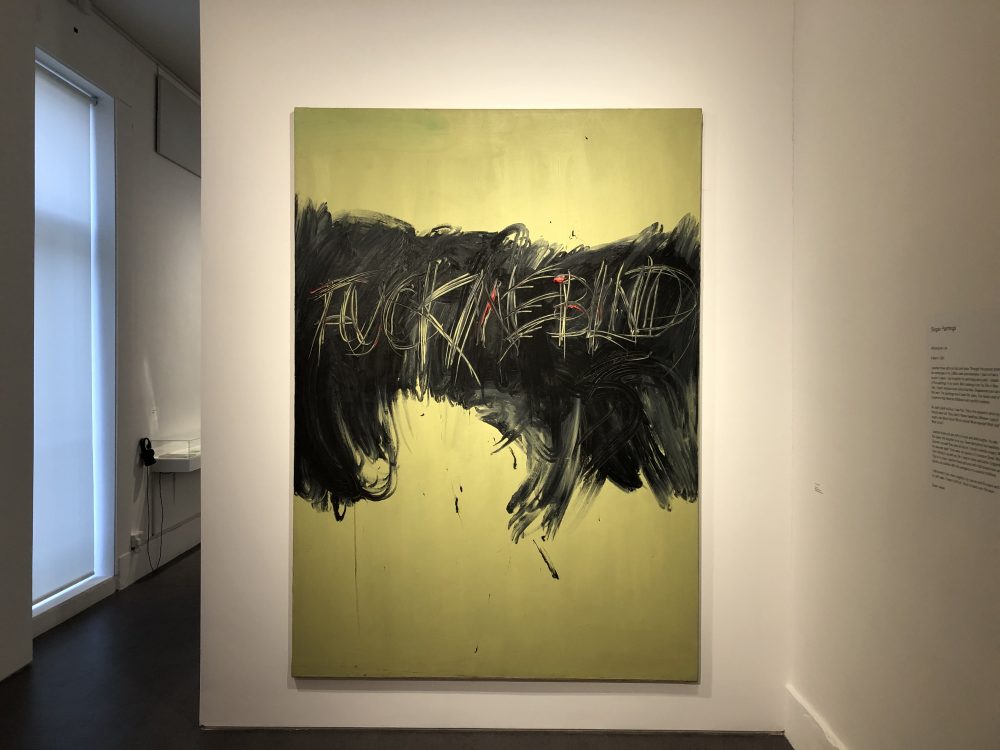 In the central room of the exhibition, a timeline decal marks the notable events of Jarman’s life, along with moments of import in the AIDS epidemic and international diplomacy — the identification of the AIDS virus in 1984 sits alongside the fall of the Berlin Wall in 1989, culminating with Jarman’s death in 1994. Notably absent from this decal, though, are the events that followed Jarman’s death. There is no note of the year 1997, when Highly Active Antiretroviral Therapy becomes the standard of HIV care, lowering the number of HIV and AIDS-related deaths significantly, nor the year 2012, when PrEP becomes approved for public use, allowing at-risk individuals to reduce the likelihood of infection upon exposure. Absent from the exhibition entirely is the reminder that Jarman today would be seventy-seven years old, possibly at an age for serious artistic production, and certainly within his now-possible lifespan, even with his diagnosis. What IMMA so tragically forgets is that while modern medicine has made the AIDS crisis a phenomenon of the past, its ghost, and the ghosts of those lost, continue to haunt the present. Jarman, and his contemporaries who left us all-too-soon, deserves not to be committed to a past whose distance from the present we celebrate, but to a present that is marred by the indignities of the past.

Leaving the show, Jarman’s work remains with the viewer for days – deft visual curation allows for mental mapping that stresses the near-limitless bounds of Jarman’s talent. No one element of his career is given inordinate focus, and Jarman the Renaissance man shines, continuing to surprise and engage as layers of his work unfold in retrospect. But this aura seems trapped in the white-walled prison of institutionality. Jarman here emphatically becomes an artist relegated to the annals of artistic, political, and medical histories, with the brutally pressing truth that he stood to be a museum artist of an entirely different ilk today were he alive, left unsaid. Olivia Laing writes in her introduction to Jarman’s memoir Modern Nature that she wishes “he’d had longer,” that he was “still here.” Walking out of PROTEST!, it is all too easy to forget that he indeed should have had longer; that he should be here. 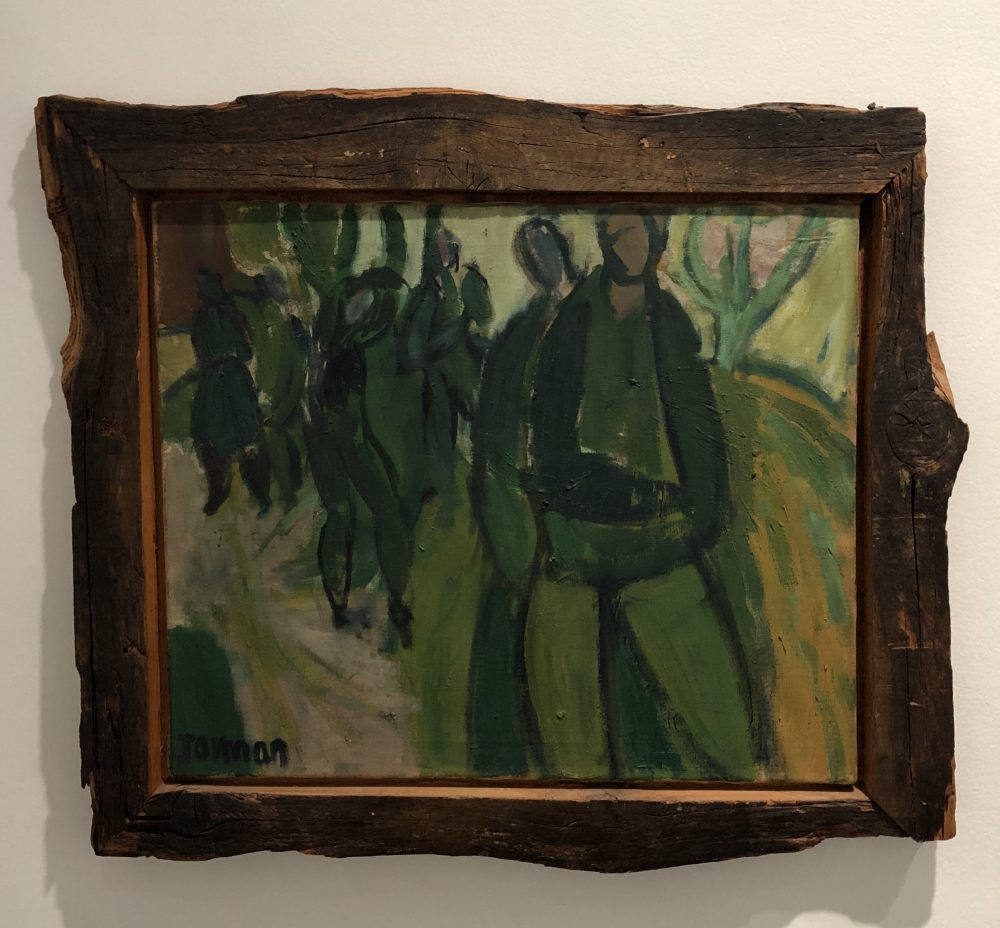 Derek Jarman’s “PROTEST!” is open at the Irish Museum of Modern Art (IMMA) until February 23, 2020. Find out more info here.