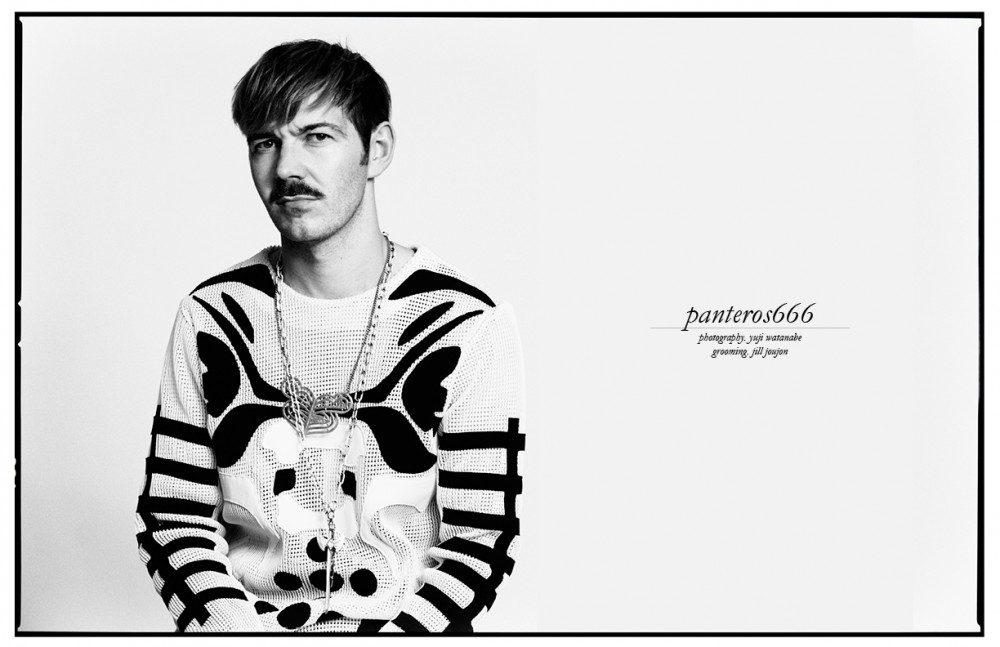 Victor Watel, better know as Panteros666, takes us down the rabbit hole of his musical influences and psychedelic style, his countless creative projects and his thoughts on the contemporary electronic music scene. Panteros666 released Discipline with the Club Cheval collective this summer, on top of his Clear single, featuring inimitable vocalist Woodkid. We caught up with the French musician to discuss anything and everything, from his background, future projects and his passion for digital media and film.

How did you come up with the name Panteros666?
I come from the North of France and techno over there was really ‘90s and related to Belgian pop music from the 90s. So, when I started making techno – and by techno I mean electronic music but I think it sounds cooler if you when you say techno – for me it was something that meant lots of energy and power. I was a big fan of the American metal band Pantera at the time so I chose the route of Pantera and then I added ‘o’ (because in French when you add the ‘os’ suffix it makes the word sound cooler). In 2011, I did my first EP with record label Sound Pellegrino, I chose the name Panteros but it was already taken on Deezer so I added 666. I followed my instincts and that’s the genesis of the name!

You mentioned some of your influences and you actually started out as a drummer. You also had a jazz teacher that you then ditched. It seems like a very eclectic mix of musical influences, what were your main ones growing up?
It was actually really chaotic because there was nothing where I come from. We had a big boom of electronic music but that was in ’96 and I was only 10 at the time so techno was for all the guys who were 10 years older than me. I started playing at the age of 7 but I was really into death metal so jazz for me was extreme and overly complicated. I was more into English prog rock from the ‘70s, I was in high school reading lots of books and smoking joints, listening to Yes! and King Crimson and I was absolutely loving it. That’s why I started doing a bit of jazz school, because I wanted to be a member of Yes!

How has your sound evolved since then and what direction do you think you are going towards now?
I think it’s more about a feeling that I want to have in my music, something that makes you escape reality with a lot of power and energy. I want the track to feel post-apocalyptic but on the other had I want it to be a totally light uplifting dance track. I was too young at the time, but I love the ‘90s British and Belgian rave scene, that’s when I have the most fun in electronic music. I mix some really happy things with some really dark stuff but not only dark stuff, like a backpack with a skeleton!

In a recent interview, you expressed your interest in playing at faster beats, 140 bpm even, and you noticed how everything seems to be slower these days in terms of rhythm. Is there space for a kind of dance revival in that sense and are you trying to push that?
That’s why I used the metaphor of the skeleton in the backpack: I like to play with darkness when I know that it’s light. I like it when you get into a club and the music instantly gets you; that’s what I love. I’m not a minimal guy, I’ve tried to make some things more minimalistic but that’s just not the person I am. I’m definitely going to push for some more energy into dance music!

Speaking of style and aesthetics, what do you think are the main differences between the French and UK electronic scenes?
Well, electronic music in France has a vision and history that came from nowhere. The first French Touch [French House] was a mix of jazz loop and groove boxes; that was what Laurent Garnier started doing and created the first wave of French Touch. I tell you, what we do well in France is to create new genres of music to dance to and I always feel bad with labels like ‘house’, ‘techno’ or ‘dance’. I can never 100% relate to any of them, I always feel in between everything and I that’s what we’re all about in France; we’re all trying to push to find a really unique sound that’s going to make us who we are. 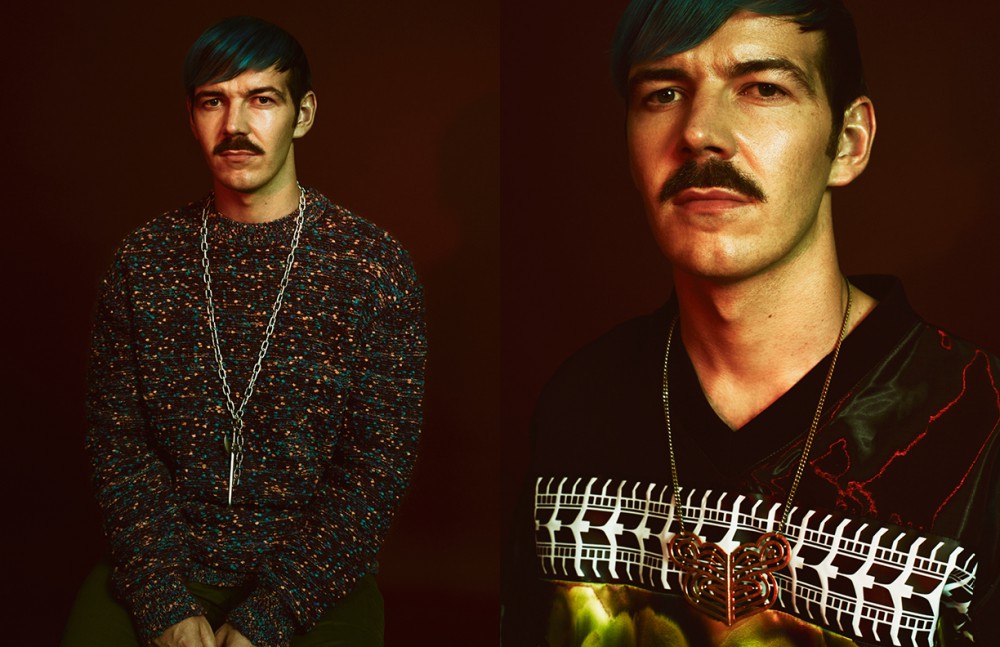 How did your relationship with Brodinski and Bromance records start? Were you and Club Cheval approached by them or the other way round?
It was kind of a mutual involvement. He wanted to collaborate with us – musically speaking – because we’re a team of 4 guys; we’re open to anything and willing to work a lot. He was looking for people to produce with at the time and we were looking for a label to put out tracks in total confidence. You know, sometimes when you sign to a label you sign to one aesthetic and the team at Bromance and Brodinski – the founder of the label – was really open. He told us ‘I just want Bromance to be a place for my friends’ and really insisted on the fact that we’re actually like brothers, we always hang out together and share a lot more than music.

How does it feel to be part of a collective like Club Cheval and how does that inform the way you make music together but also individually?
I think you have a better life when you have good friendships! [laughs] The cool thing with Club Cheval is that when we drive each other crazy we just get locked up alone and do our solo projects. Then when we get together to make music the 4 of us, it’s always really cool. You have the excitement that Canblaster [Club Cheval member] is going to come up with a great melody and some chord you’ve never heard of. And that Myd [other Club Cheval member] is going to make something really weird. And Sam [Tiba; other Club Cheval member] is going to edit some stuff. There are lots of surprises and then you always tour and do a lot of things together so it’s a good celebration of friendship. We are really hard workers and we’re all really open-minded.

When you say the word DJ, people don’t immediately think of what you guys have…
I hate the word DJ!

You hate it? What would you prefer?
I surely don’t want to have the word DJ engraved on my grave, it’ the last thing I want to be written! I dedicate my life to creating things that I think are cool and that people can like, that are new and exciting and share them with people who like it. I don’t want to have power or anything, or do politics. I’m definitely not into all these power trips; I’m really not into it. I think the EDM scene in the US is great but I think that we have a bad image because it’s all bros in flip flops popping ecstasy pills and that we [in Europe] think that European techno and electronic music is superior. But, for me, that way of thinking is bullshit. The electronic scene in the US is great, it’s part of the electronic music family and that’s what needs to be remembered. 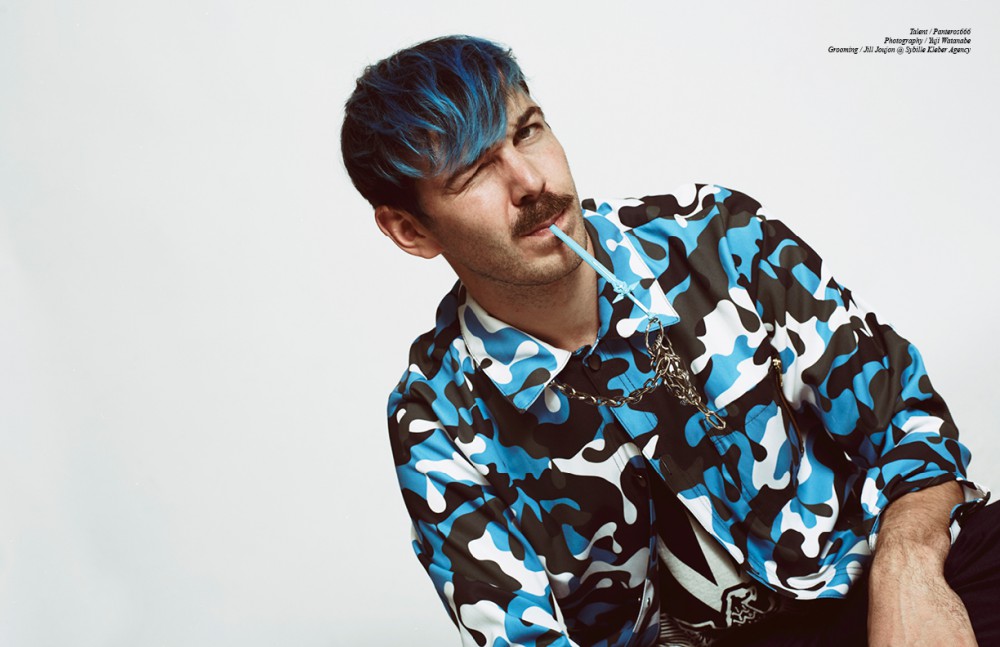 What would you replace the word DJ with since it’s associated with all the negative things people like to focus on way too much?
Yeah wow! [laughs] That’s a really tough question! You know, the word musician is really boring, with musician you have the idea of a guy who plays the saxophone etc. so you don’t want to be that guy either! I prefer to be less defined than just a simple, plain DJ.

It’s true, it’s hard to pin down all your projects and I came across your character Kamel Toe. How did that project come about?

That was during my studies it was a thing where I just wanted to talk about classic literature. With Madame Bovary for example, I just wanted to do it in a typical countryside ghetto way, it’s really French, really local [laughs].

So did you just use him [the character Kamel Toe] as an instrument of literary criticism?

I was doing a literary critique and then the French TV asked me to do that on TV. That was cool at first and then they asked me to talk about something else other than classic literature because it’s not mainstream enough. They made me talk about the economic crisis in Greece, the sub-prime crisis and stuff like that. Then they asked me to go and chat up a famous French actress live and I was, like, ‘yeah no I can’t do that’ so I just stopped everything!

You have so many different projects: you’re involved in advertising and you’re deeply interested in digital media and especially videos… what’s next for you?

Now with digital technology, when you master music you can master video because everything is created in the same way. I’m really into creating video at the same time as I’m creating music. I’m doing more and more 3D work, I’m preparing a new mini album and 40 minutes of video all 100% created with 3D software which takes a long time to make. I’m basically going to do a lot of experimental videos and music but it has to be something dedicated to the club environment, you know.

Last question. When are you going to play in London?

We’re now working on the Club Cheval live show, with synthesisers and all that so I think the next time that we’re going to come to the UK we’re going to present our new live show to England!