Yulan Grant, a.k.a. SHYBOI, is no stranger to transgression in her work. Known for her DJ practices as well as culturally complex and audiovisually multivalent work, the New York-based multidisciplinary artist has just unveiled her latest project, Out and Bad, a 15-min documentary composed of footage from 2017 Pride celebrations in Jamaica and the underlying LGTBQ+ issues the party subduedly puts forth. Exploring queer Jamaican culture, Out and Bad explores the country’s ties with the LGTBQ+ movement through the celebration of dancehall music in Jamaica, showcasing how dance, art, politics, and identity intersect. In line with Grant’s past work, the documentary interrogates and challenges identity and power from the point of view of those who confront Jamaica’s deeply-rooted homophobia first hand. We catch up with the 24-year-old Jamaican-born artist to talk about the process of filming Out and Bad, innate realizations and to get a glimpse of her future work.

The intersection of queerness and nightlife is one that is often explored, even in a more mainstream manner as of late. What do you feel Out and Bad explores differently?

That intersection, just like the LGBTQ+ community, doesn’t exist as a monolith. Historically nightlife has always been a place where we thrive. Something about the darkness and wanting to exist in a world just outside of and on the fringes of the every day makes nightlife spaces a constant theme and entry point for queer people. A hundred people could explore a topic and come to a hundred and one different answers. Personal experience, your access to the community and your own filmic angle without a doubt influence how this is portrayed.

A previous work of yours, DIS/PLACE, also explored the Jamaican dancehall scene from a more personal standpoint. How does Out and Bad pick up from there? 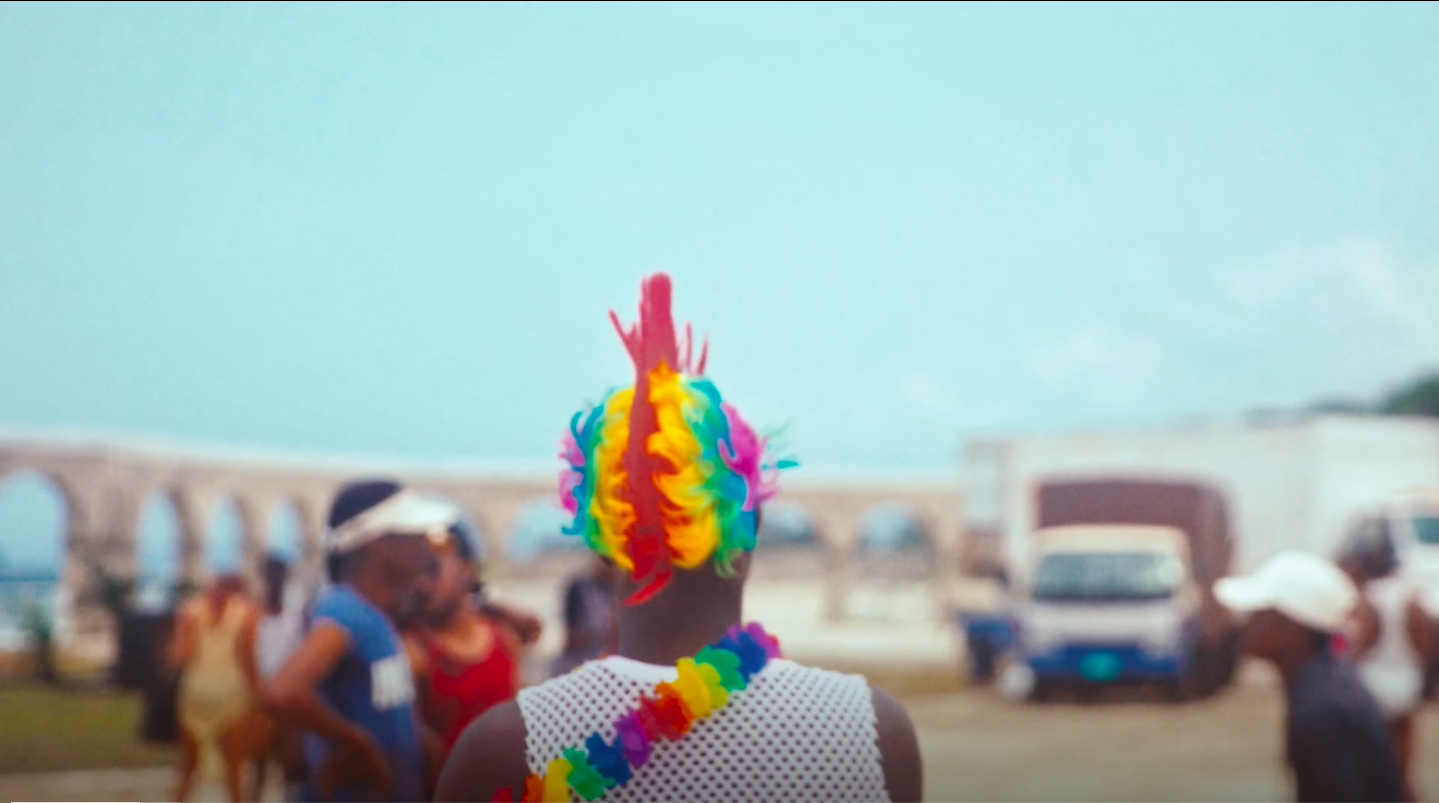 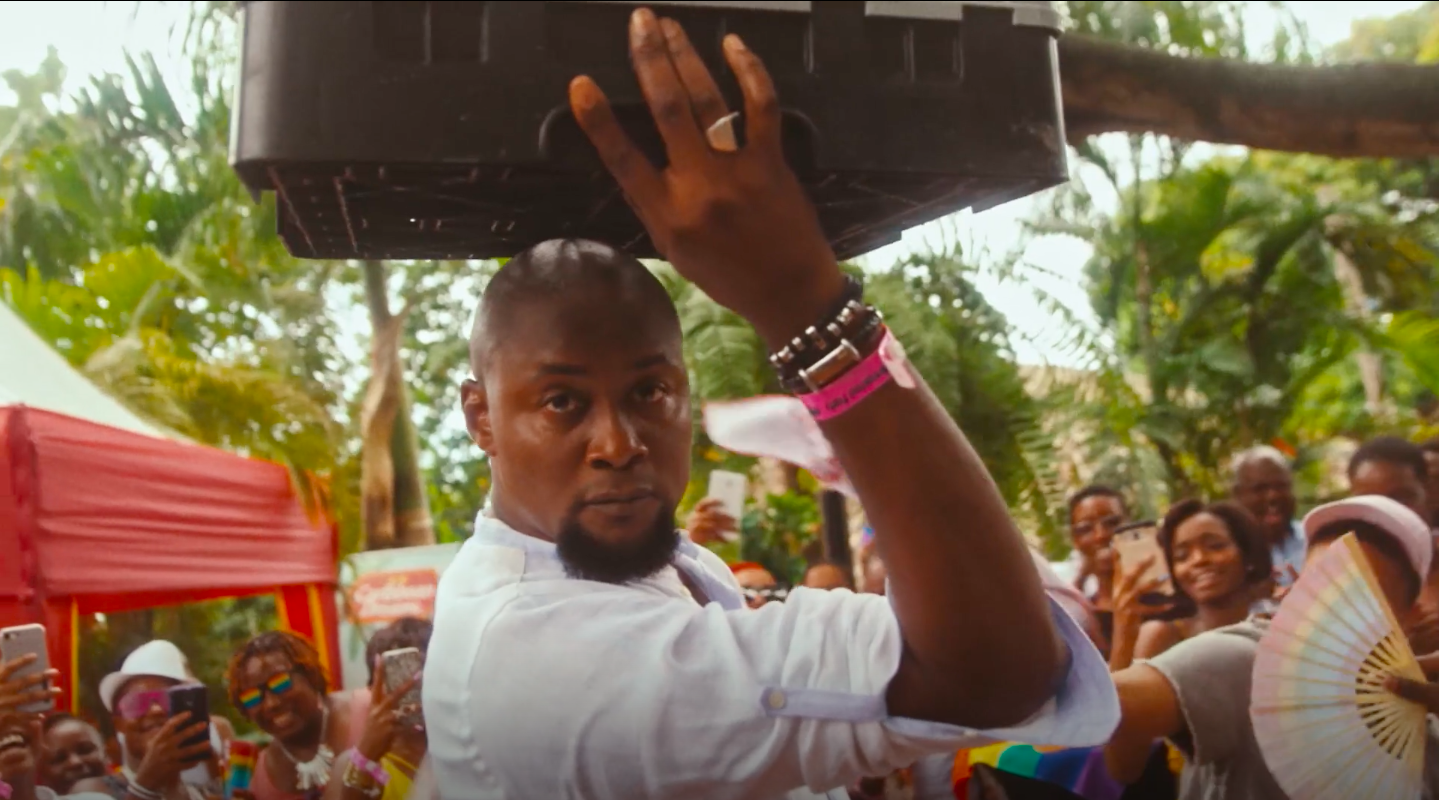 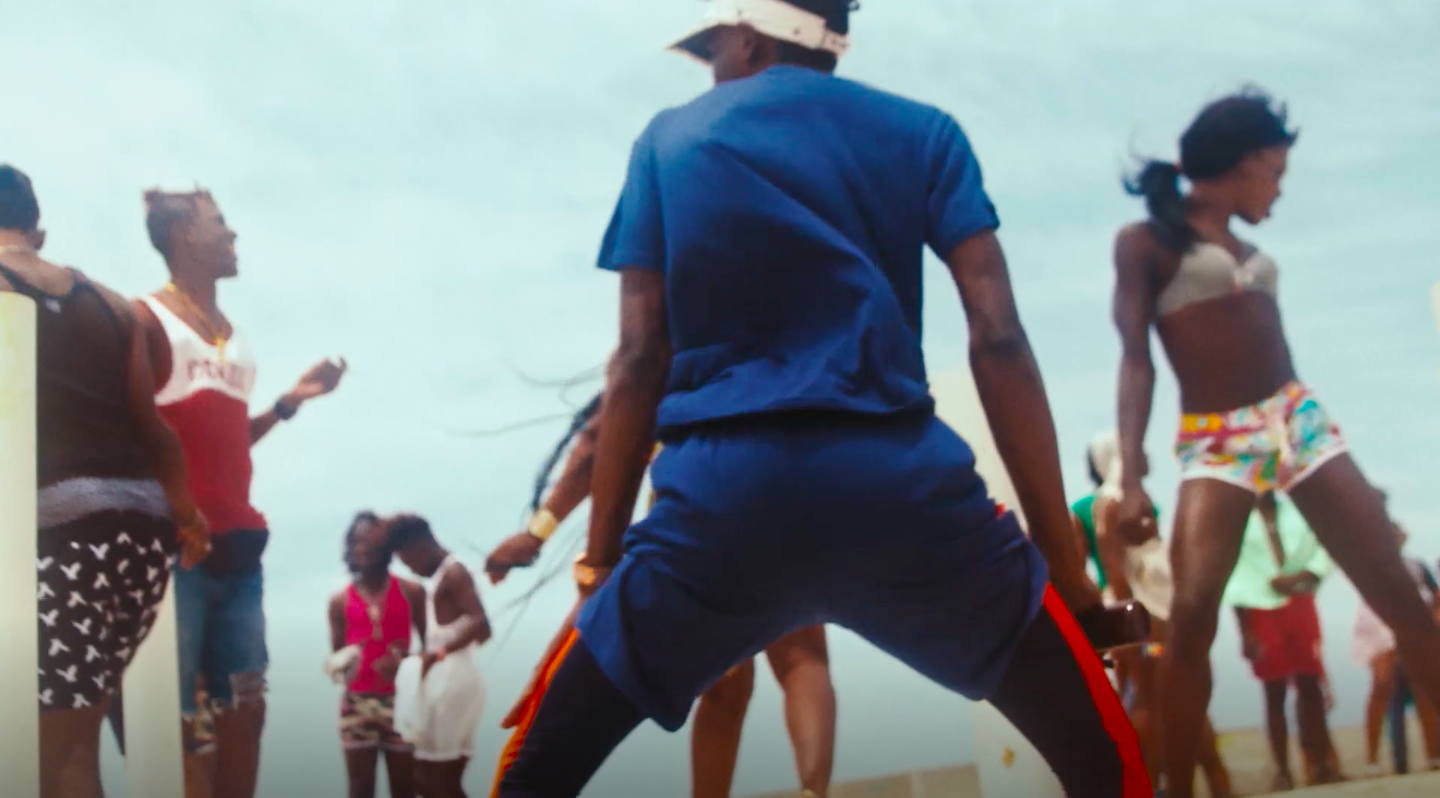 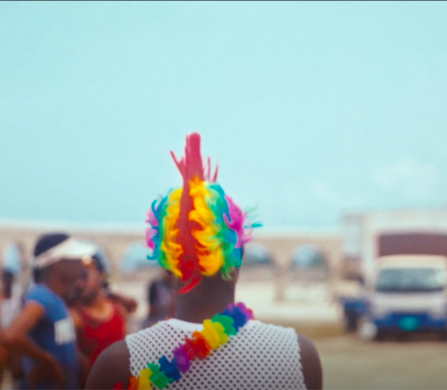 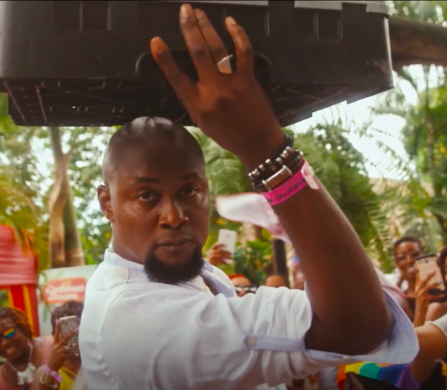 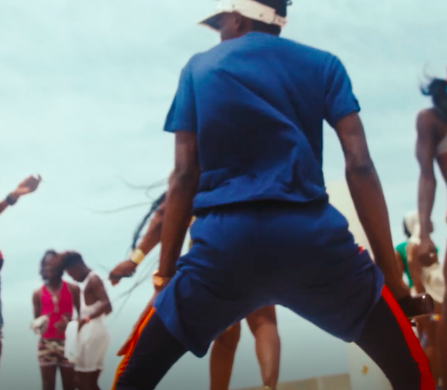 What made you explore this particular aspect of Jamaican society?

Jamaica was famously and scandalously dubbed the most homophobic nation in the world a few years back. It’s a point people would always bring me up to me because they viewed being a gay Jamaican as a paradox. I noticed this was something even first generation Jamaicans would say to me in New York. It was then I realized westerners, non-Caribbean folks and others who make a business from this biased reporting were the ones pushing stories about the island. What about LGBT Jamaicans who live in Jamaica and are fighting tooth and nail to make it a more hospitable for ALL Jamaicans? I wanted to highlight the work people on the ground were doing, and how that work manifests into something JA Pride. A celebratory festival that has been incident free, since its inception.

Often when exploring the LGBTQ+ scene the dominant tone seems to be rather morose, especially giving the widespread homophobia in Jamaica, but Out and Bad is decidedly uplifting. Why did you decide to take this angle?

Before [I] headed back to Jamaica to do the film, I read a report in the local newspaper that the average Jamaican doesn’t dream. Meaning, most Jamaicans are too concerned with trying to survive from day to day, so they can’t think of a future. I think most people are unaware of how complicated the island is. Even for non-LGBTQ Jamaicans, the tone is either morose or weirdly voyeuristic. I wanted to show how one of the most marginalized sections of the community thrives despite all of this.

What message do you hope to send with the title itself? How did you come up with it?

Out and bad was a popular Dancehall term in the early 2000s. It’s a bold declaration stating that you’re within a space and one of the baddest (greatest) there. Queer people in Jamaica are beginning to proudly take up more space, especially when it comes to the celebration of PRIDE. As the musician, Ghana puts it in the film “Look, we not scared, we not scared anymore, so to hell with you.” 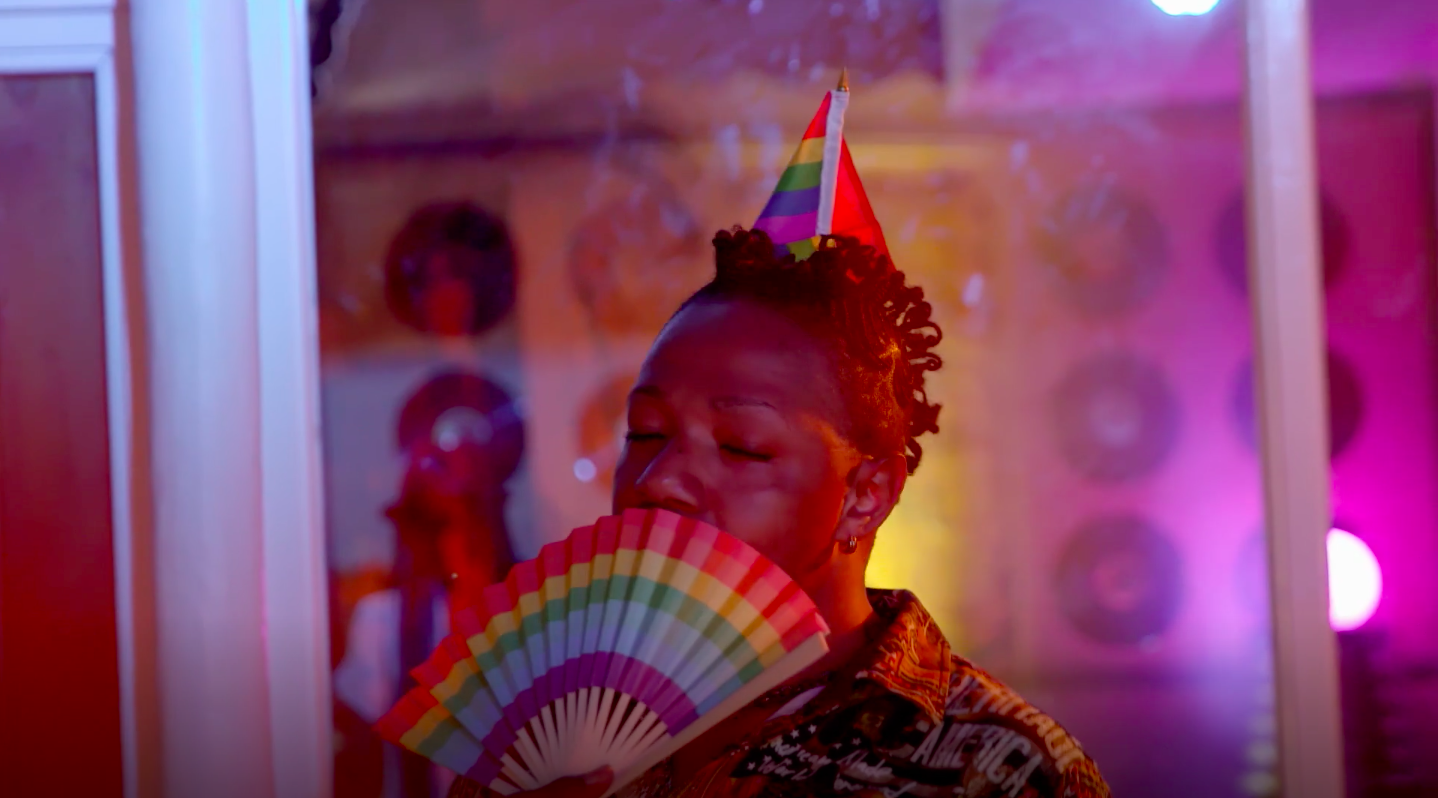 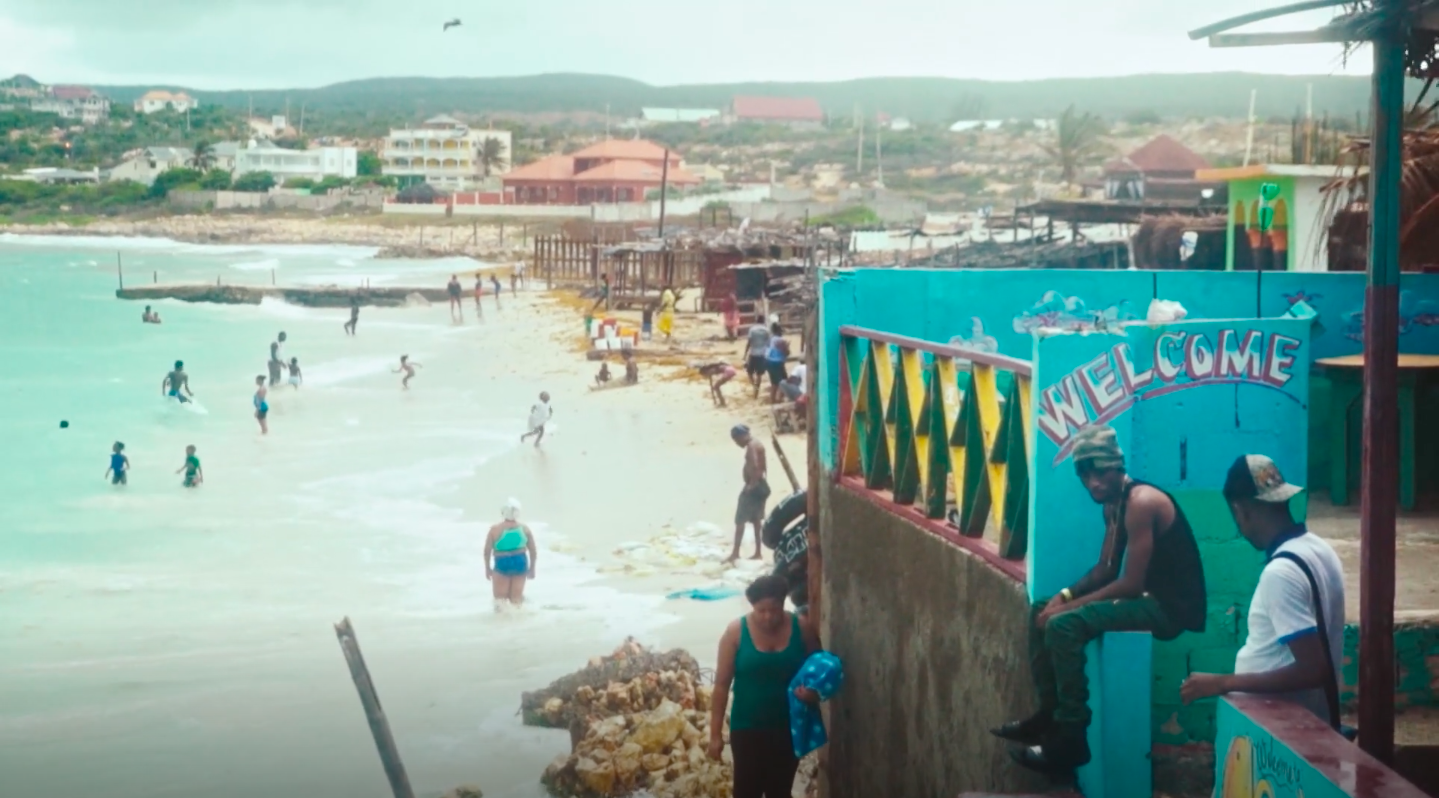 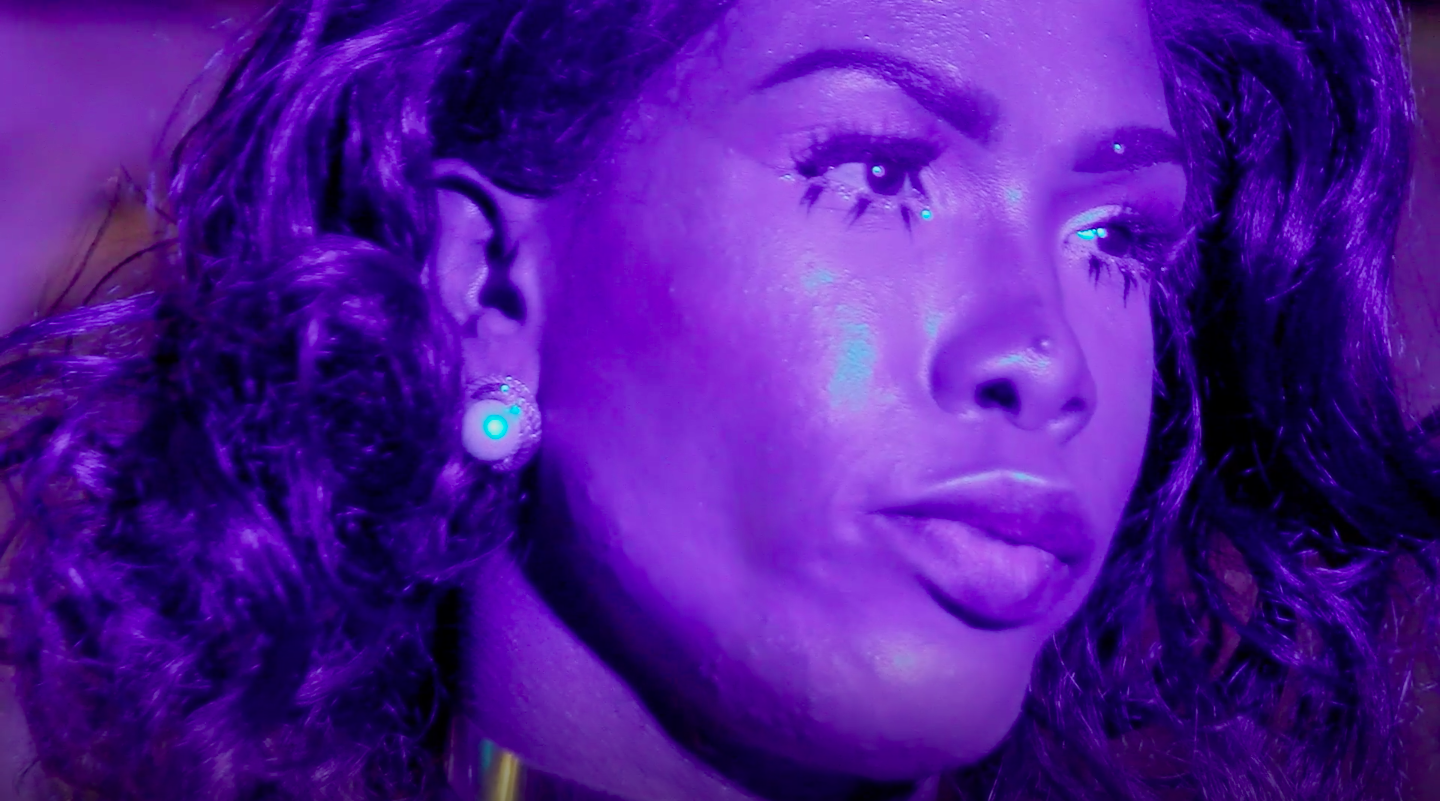 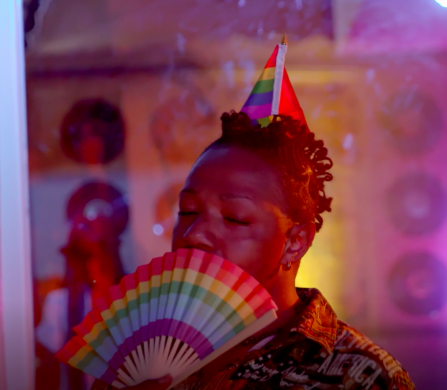 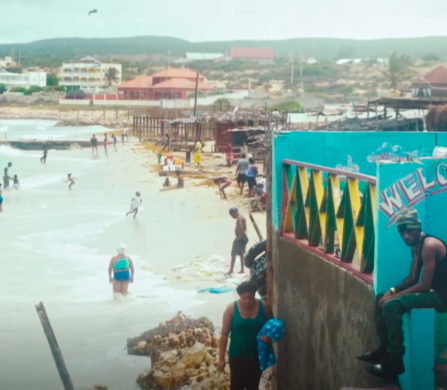 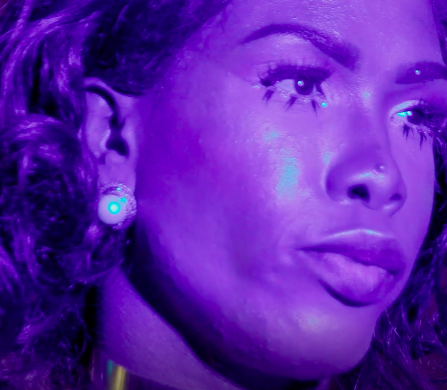 What can you tell us about working on the project itself? How the process of filming?

This project is a result of my research on sexuality in the Caribbean that I’ve been doing on and off for the past five years. Academics like Carla Moore, Carolyn Cooper, Dr Sonjah Stanley Moore and the like have influenced that research. The “Beyond Homophobia: centring LGBT experiences in the Caribbean” symposium that was staged at the University of West Indies, Mona Campus in Kingston, Jamaica, was something that made me dive head first into queer Caribbean studies.

You were born in Jamaica but now reside in Brooklyn, how did your own experience inform your creative process for this doc?

It’s a personal piece. I’m decidedly not in it heavily because I wanted everyone to speak for themselves, to talk about how it is on the island. Meeting people who have had the ability to move abroad then decided to move back to Jamaica to help foster the community made me want to approach this in a myriad of ways but decided for it have an uplifting tone because it’s inspiring. My process is research oriented. I’ve known of the work of JFLAG and Jaevion Nelson since I was a teen and got acquainted with Carla Moore’s work a few years ago. Having them serve as the guiding voices of the vignettes throughout the piece was critical. 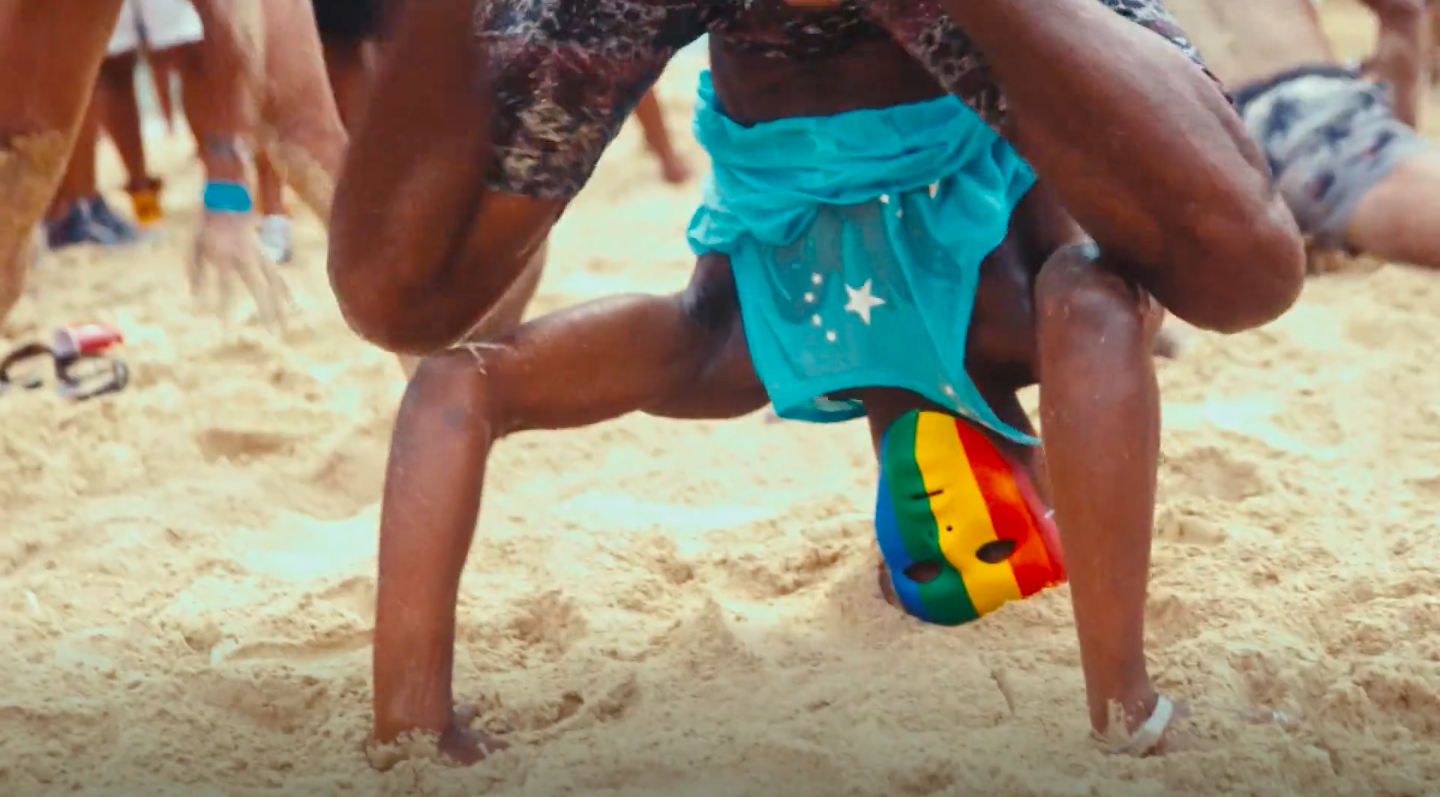 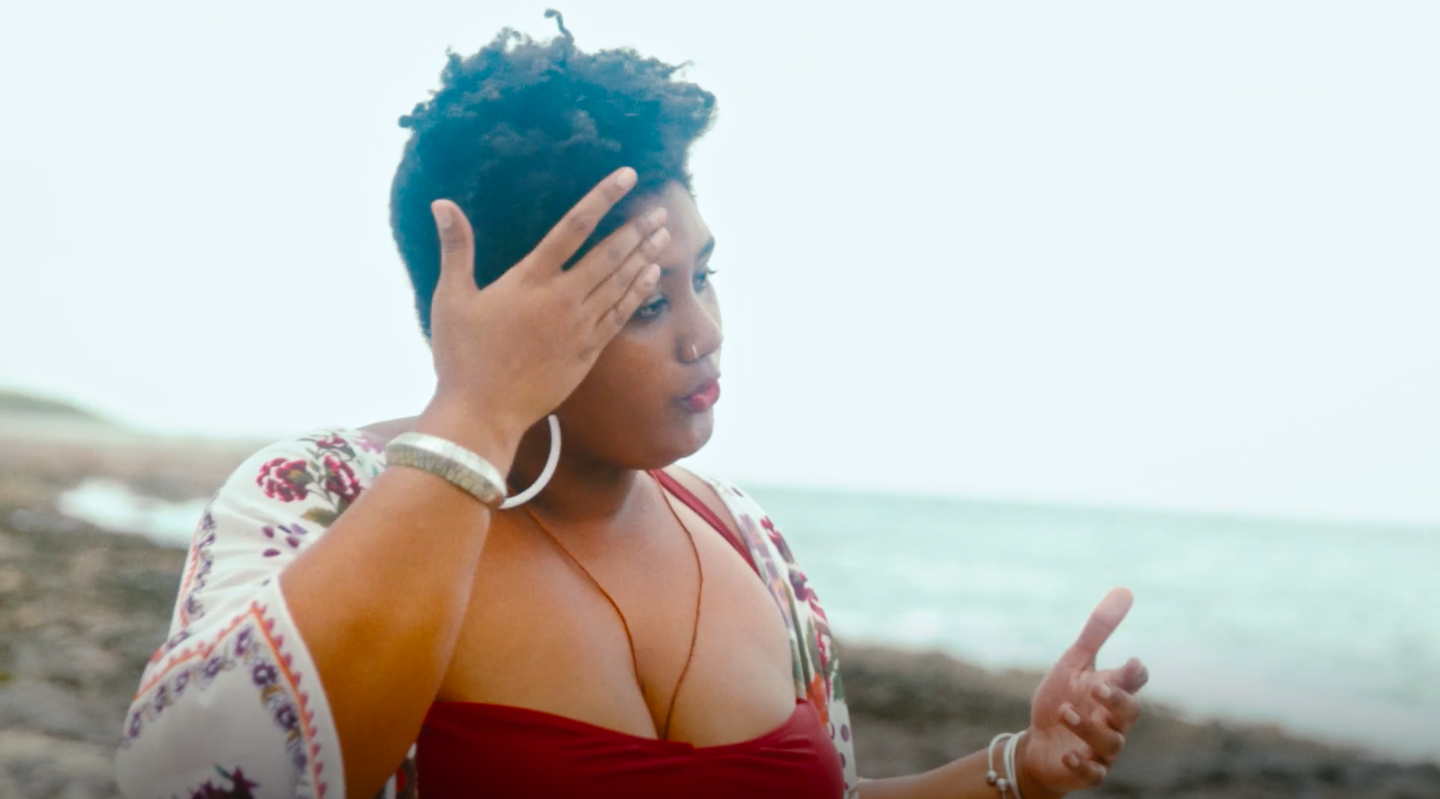 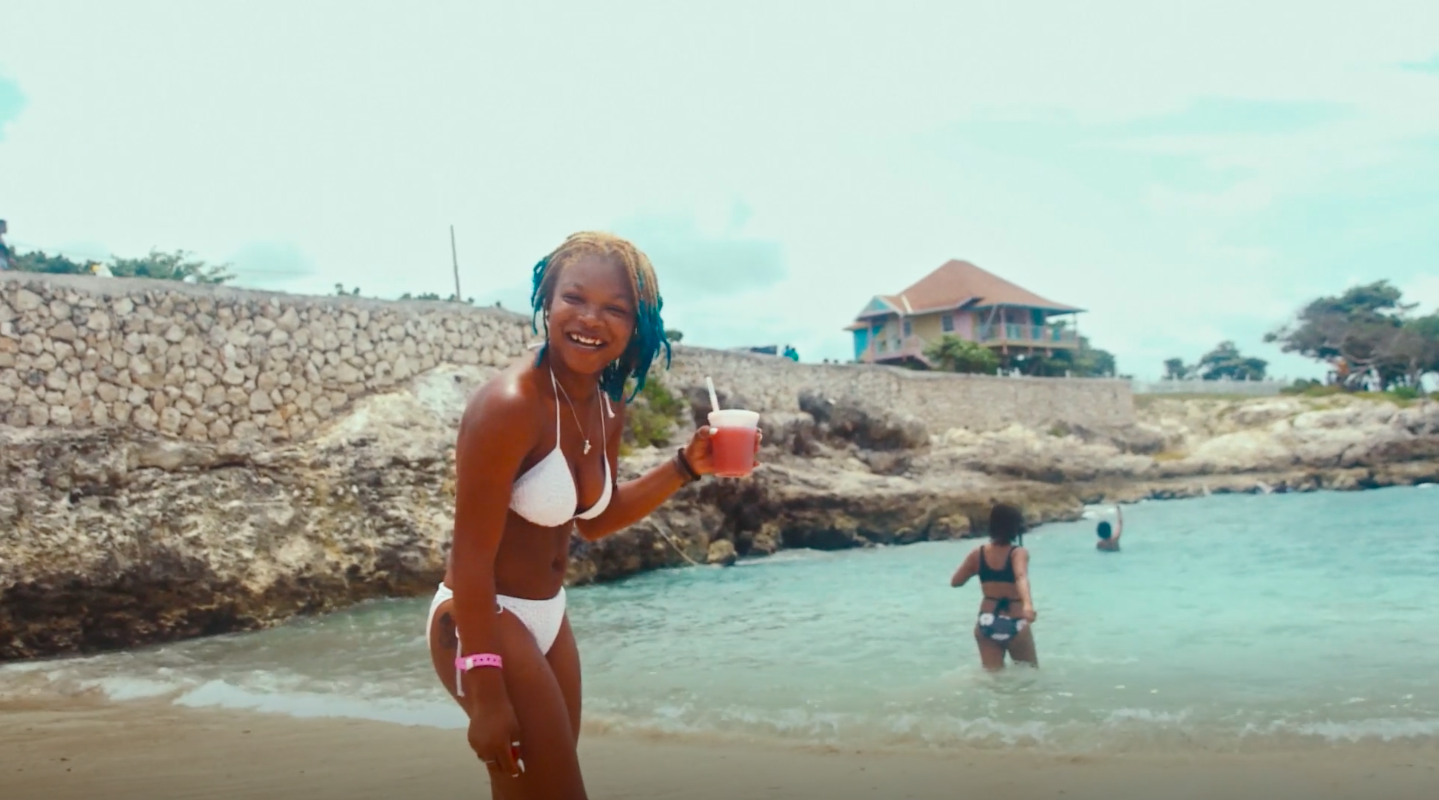 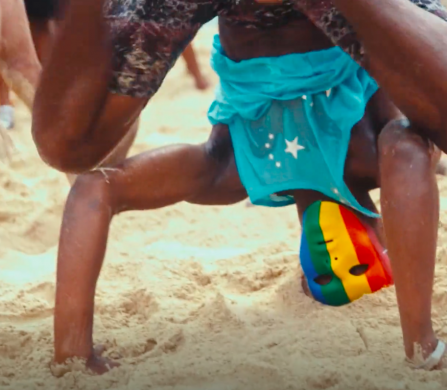 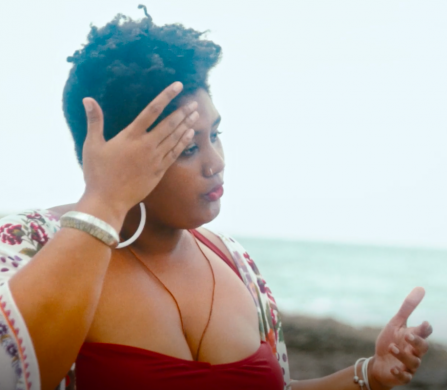 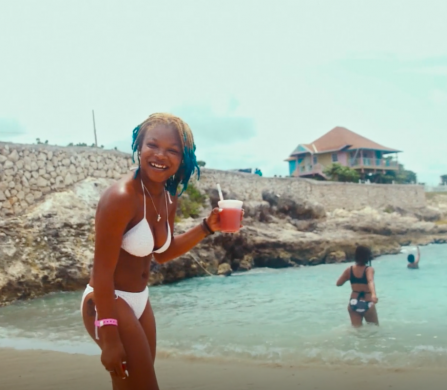 It is precisely Carla Moore that raises a great point regarding visibility as understanding LGTBQ+ politics as a colonizing narrative. What findings such as this one surprised you most whilst working in the film?

This is the ultimate mic drop moment. Nothing else tops that revelation.

What do you hope would be the main takeaways from Out and Bad, especially for those outside the communities?

Ideally, people will want to document and put resources into supporting and researching LGBT cultures that fall outside of the western narrative.

As a multidisciplinary artist, do you have any more projects in the pipeline? Are there any other topics you’d like to tackle in the future film wise?

I’m in pre-production for a one-off performance-based installation at a new space in New York that’s set to debut this spring. Currently in the research stages of a short psychological thriller that takes place in the countryside of Jamaica and another documentary about developing self-sustaining economies on the island. Stay tuned.

To keep up with Yulan Grant’s future ventures, follow her here.