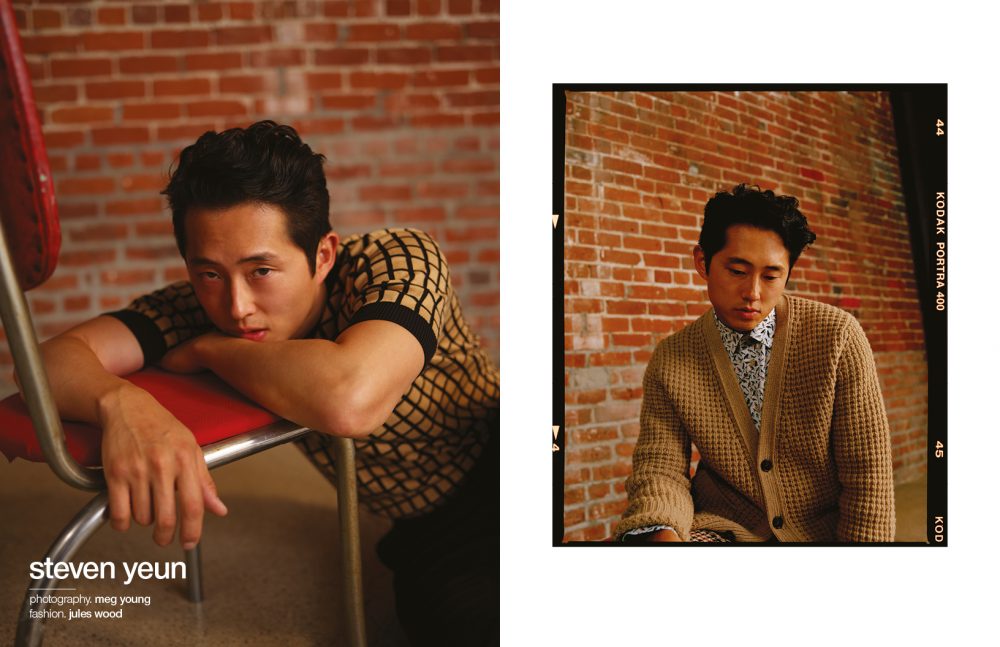 The Walking Dead may have launched Steven Yeun’s career but leaving the show has proven to be the most important step in this actor’s ongoing evolution. After seeing his college’s improv team perform during his freshman orientation, Steven Yeun first pursued theatre when he graduated and moved to Chicago in 2005. As a member of Stir Friday Night and the Second City Comedy troupe, Yeun soon understood that comedy forced him to pick apart the seams of life, therefore preparing him for the more serious roles he later undertook in The Walking Dead, Okja and, most recently, Burning.

For the Korean-American actor, comedy was simultaneously a confidence boost and a defence mechanism. Over time, Yeun became skilled at self- deprecation. “I was trying to avert attention away from me and onto something funny,” he explains. “If you’re picking apart those seams of life in order to find the best jokes, or find the funny out of the truth, you can’t help but build perspective on what our lives look and feel like.”

This very mindfulness is one of the reasons why Yeun has been able to carve out such a precise space for himself today. He believes the media’s portrayal of Asians is beginning to change as more Asian Americans are getting the opportunity to produce and create their own visions. “People are just really comfortable putting things into boxes that help them understand the world easier,” Yeun says. “Part of that is because there weren’t that many Asian Americans in our business before. Even if it’s colour-blind casting, they’re still picking an actor based on their view of what they know Asian people to be in our world, instead of a free being that could embody anything.” 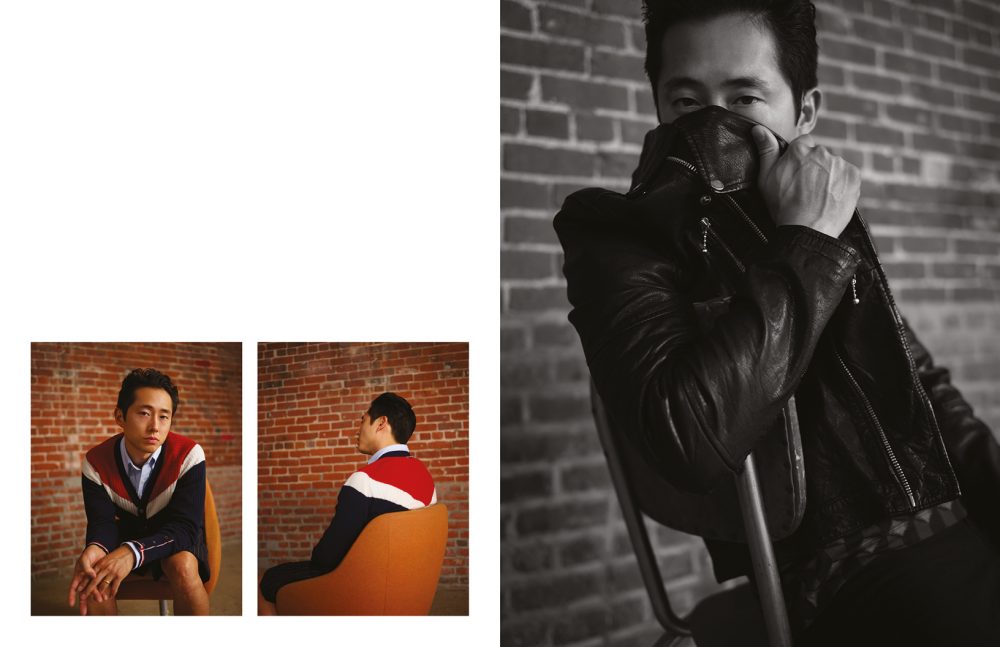 This Schön! 35 exclusive has been produced by