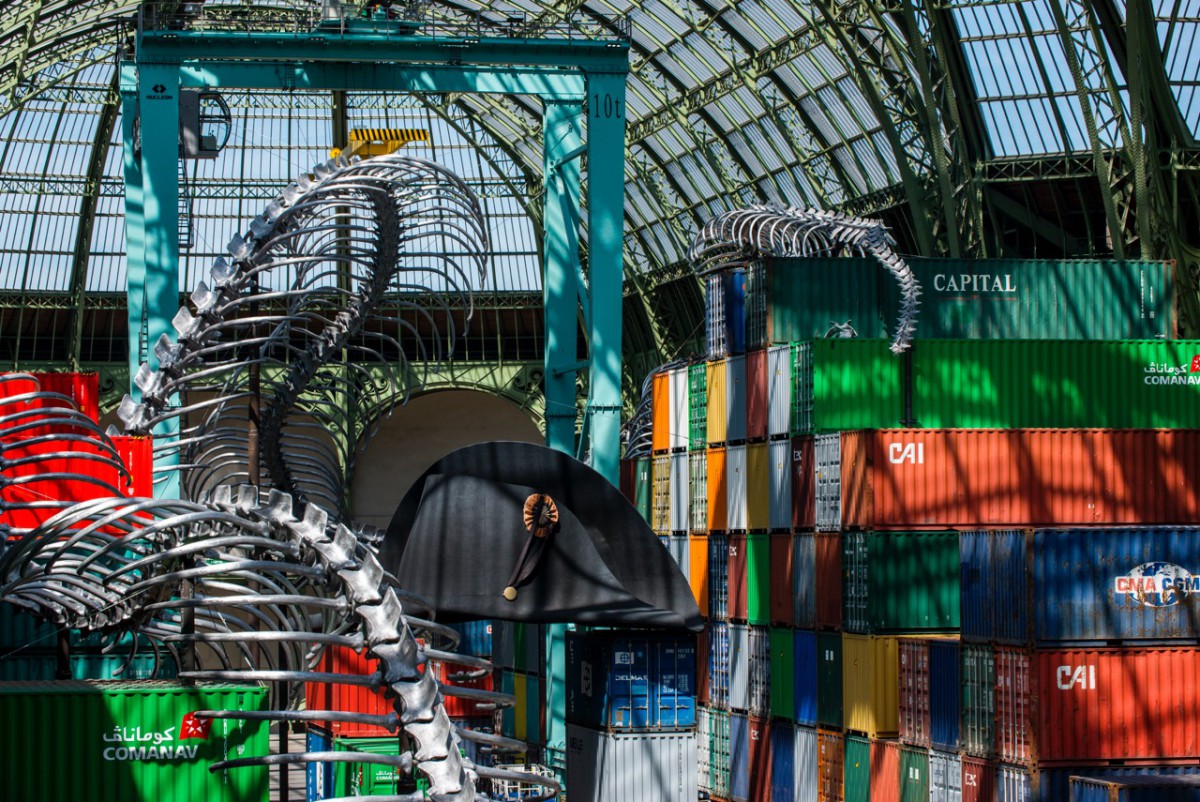 Huang Yong Ping was born in China in 1954. Before leaving his home to settle in France in 1989, he led a radical movement called Xiamen Dada, whose motto was “Zen is Dada, Dada is Zen.” With this slogan, the artist conveyed a wish to associate his work with the history of Western innovation, presenting the importance of this attitude with the idea of paradox in Zen.

A significant figure of his generation, Huang has investigated the major issues of our time over a period of twenty years, – conflict, economics, religion, and nature – in works that have frequently been compared to philosophical tales.

Empires is an installation developed especially for Monumenta at the Grand Palais in Paris. It forms a landscape, made up of eight mounds of freight containers, a metal snake suspended from a crane that unfurls like mist between mountains, and a bicorne hat set on an arch directly inspired by the one worn by Napoleon at the Battle of Eyalau. The 305 containers evoke globalisation, as vehicles for the flow of wealth. The bicorne suggests the never-ending power struggles that drive the world and all the industrialists, politicians, military men and tyrants who long to wear that famed hat. Fabricated with aluminum and steel, the 254 metre long snake slithering over the work, mouth wide open, appears to jeopardise the ambition of these powers, while the loop that it forms symbolises the infinite nature of this cycle of glory and destruction. The three distinct elements demonstrate a passage of time, thereby highlighting humanity’s progress: from Neanderthals, to revolutions in societies, to hyper consumerism. 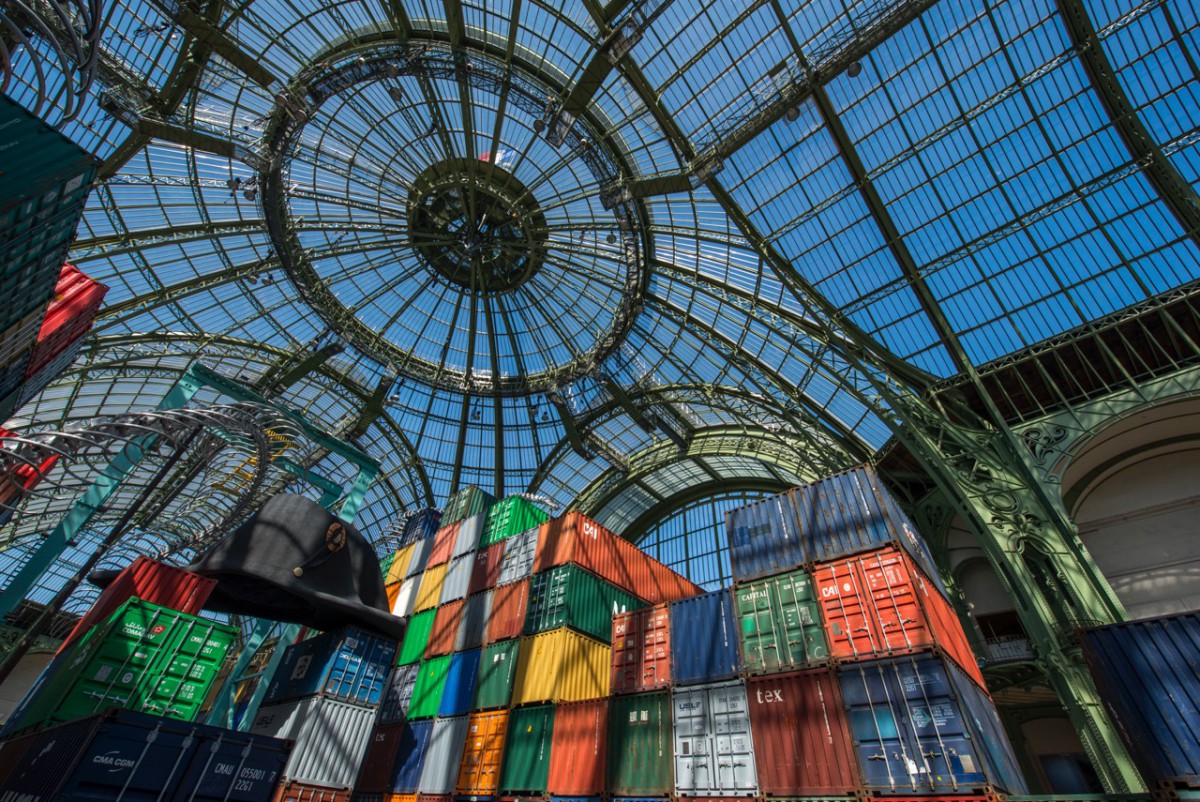 The composition of Empires echoes the structure of the nave and its iron arches, late testaments to the profound transformations brought about by the industrial revolution. The artist uses the masterpiece of that is the Grand Palais as a vehicle to represent the modification of the world, the metamorphoses of political and economic powers, the ascension of new geographical regions, the decline of ancient empires and the temporary apparition of new candidates for power – as well as the violence that such ambition can trigger.

Just as certain Impressionists did before him, Huang defines a contemporary economic landscape, while illustrating how modern times obey the same laws as the empires before them, inevitably ruled by the same patterns of expansion and decadence. 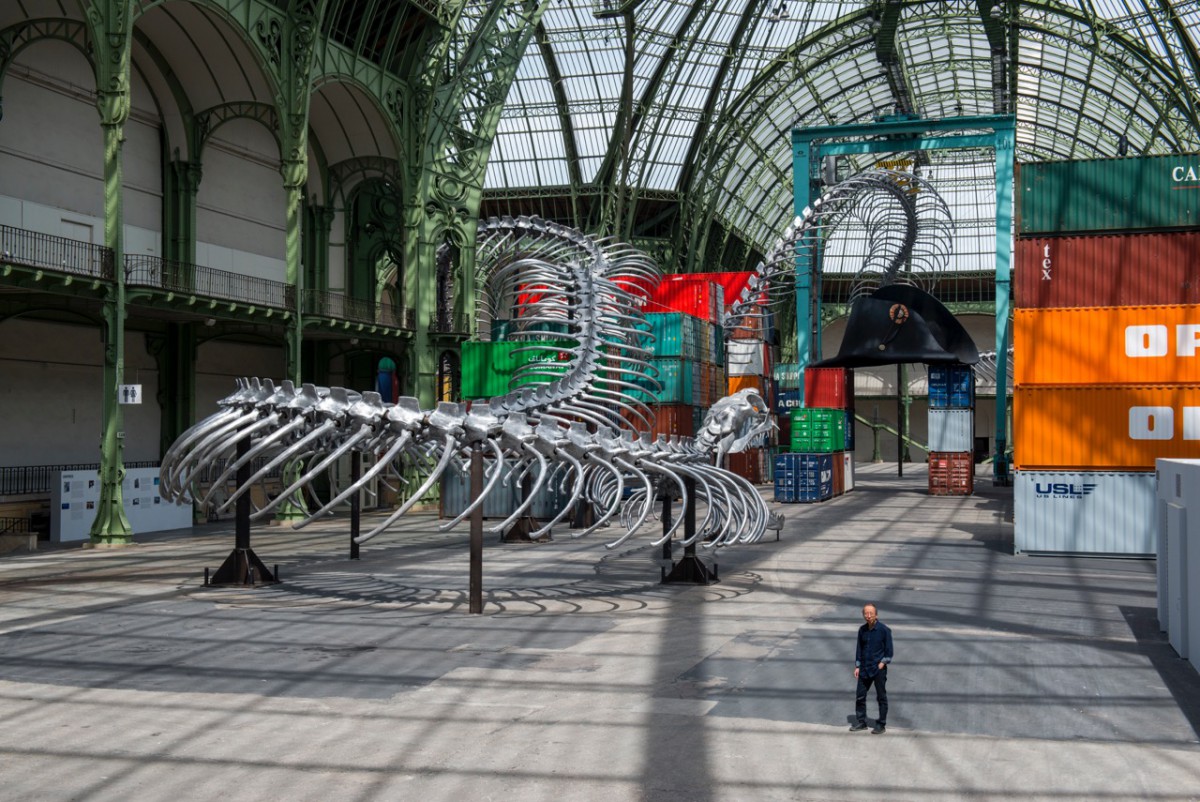 Monumenta 2016 is organised by the Réunion des musées nationaux – Grand Palais, with the support of the French Ministry for Culture and Commnication. Since 2007, Monumenta has an invited an artist with an international reputation to take on the Nave of the Grand Palais, a 13,500 m2 surface area with an immense glass dome.