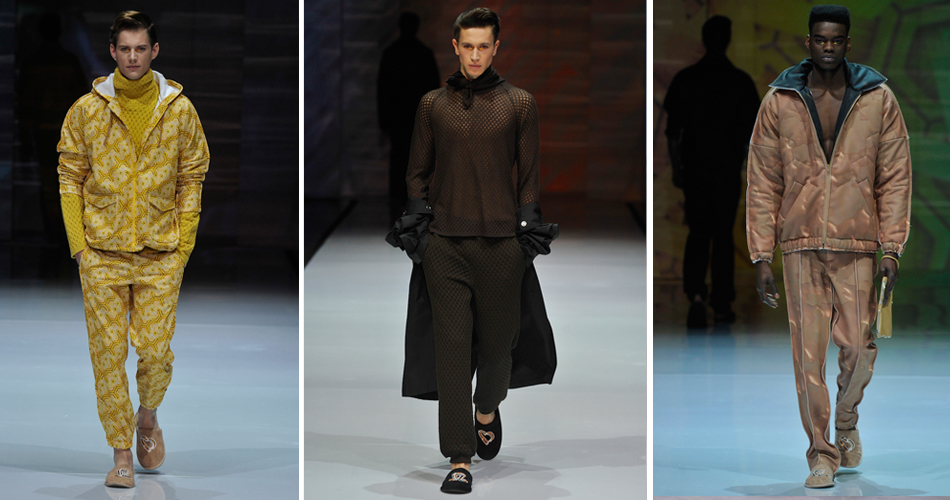 True, as ever, to the reputation of excelling in all things menswear, Milan Moda Uomo showcased a wide spectrum of collections right from the very first day. Taking up the relay from Pitti Uomo, Milan kicked off with a newcomer to the official schedule, Julian Zigerli, who showed his Autumn-Winter 2014 collection in the Armani Theatre. Collaborating with French trio design team GOLGOTHA to create a range of hexagonal-based prints, Julian Zigerli created a colourful winter scene, with a beautiful rounded shoulder silhouette seen throughout. 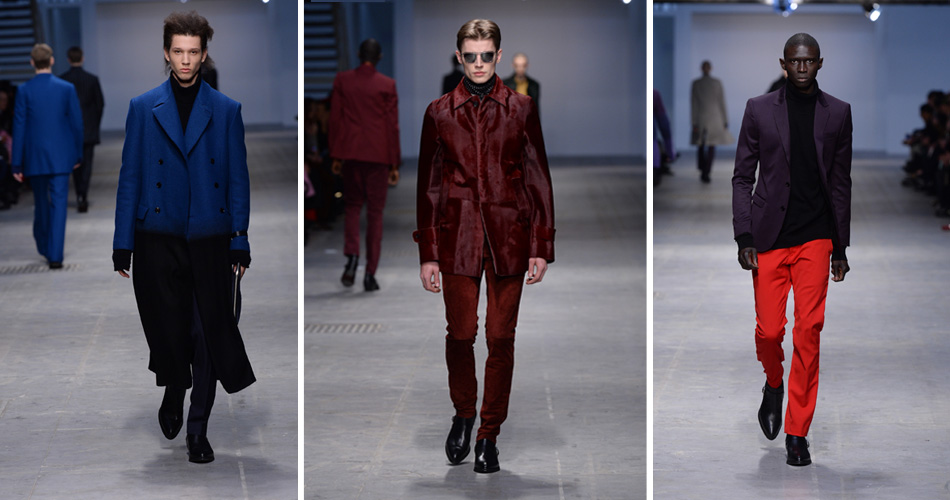 CoSTUME NATIONAL was next in line, and provided brilliant winterwear pieces, ranging from rigid woollen overcoats to sharply tailored suits. Chelsea boots and leather trousers hinted at the rock inspiration behind the collection, as David Bowie, to whom the show paid tribute, resounded throughout the venue. 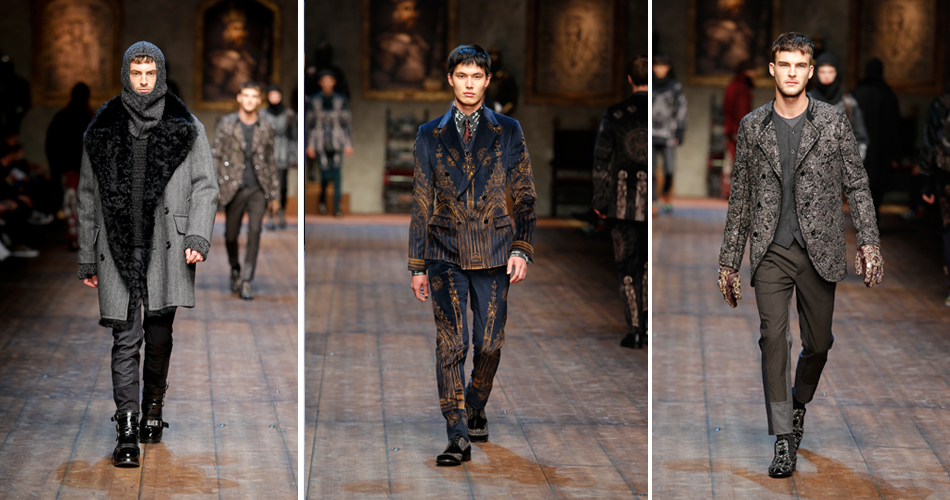 At Dolce & Gabbana, the audience was plunged into Sicily’s history, with prints which offered a spin on medieval iconography. Statement fur collars and bejewelled pieces crafted an opulent vision of medieval Sicily, and put a regal spin on Dolce & Gabbana’s statement suits. Dolce & Gabbana presented a collection which perfectly balanced a playful take on medieval Italy and a truly imaginative slant on contemporary menswear. 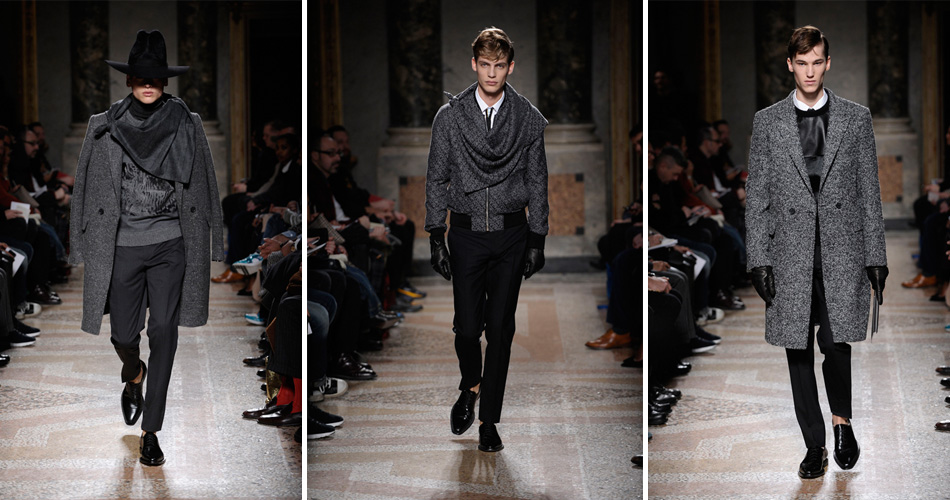 At Les Hommes, Tom Notte and Bart Vandebosch offered a rich collection of textiles and prints, all strictly adhering to a muted colour palette of black, blues and greys, with a couple of pieces in camel. With astrakhan, alpaca and leather inserts, the collection created a complex juxtaposition of textures. Taking classic menswear pieces and modernising them, notably with the metallic neck ties, Les Hommes  mastered the combination of contemporary and classic urban menswear. 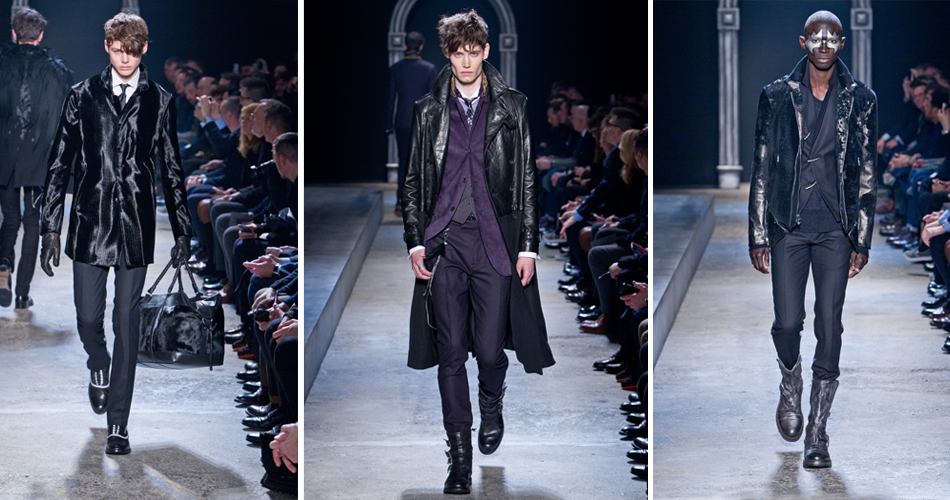 John Varvatos delved into his rock ‘n’ roll roots more than ever before, by bringing the very inspiration behind his show, to the show. With a collection inspired by the glam rock aesthetic of KISS, the runway glittered and shone with pieces such as silver metallic crocodile jackets or silver moon-boots.  With an unexpected finale, namely that of KISS’ appearance on the runway, John Varvatos concluded his rock ‘n’ roll revival, even though we are sure it could have gone on all night.