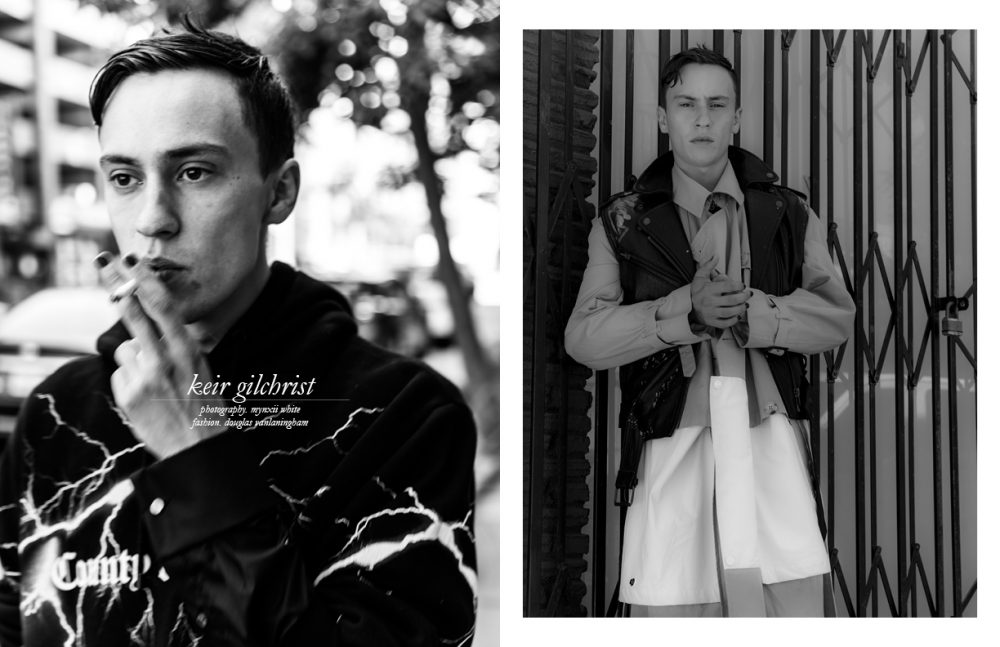 It’s safe to say that a well-curated Instagram feed and an impeccable Internet presence are far from Keir Gilchrist’s list of priorities. So are, for that matter, big-budget movies and the glitz and glamour we typically associate with the Hollywood elite. However, this level of fame is only a stone’s throw away for the rising star. With a lauded Netflix Original series under his belt (which has just confirmed for a Second Season), as well as acclaimed roles alongside Toni Collette and Emma Roberts, Gilchrist has steadily gained the attention of audiences and critics alike. An intense valorisation of authenticity means that the actor shuns the spotlight, choosing not to rely on the smoke and mirrors of media hype, and to let his work speak for itself.

In light of Atypical’s release, Schön! was lucky enough to sit down with the elusive actor to talk acting beginnings, media representation of mental health and what we can next expect.

When did you begin acting professionally? How did that come about?

I started acting when I was 10, after a drama teacher asked me to go to an open call audition and the casting director at that audition introduced me to my agent.

Your breakthrough role was in United States of Tara, where you worked with Brie Larson and Toni Collette. How did this experience impact you as an actor?

Being on the United States Of Tara was where I really got my first chance to carry a character through a long arc. I got to work with a ton of amazing actors and directors which is the best way to gain experience. I grew up on that set. 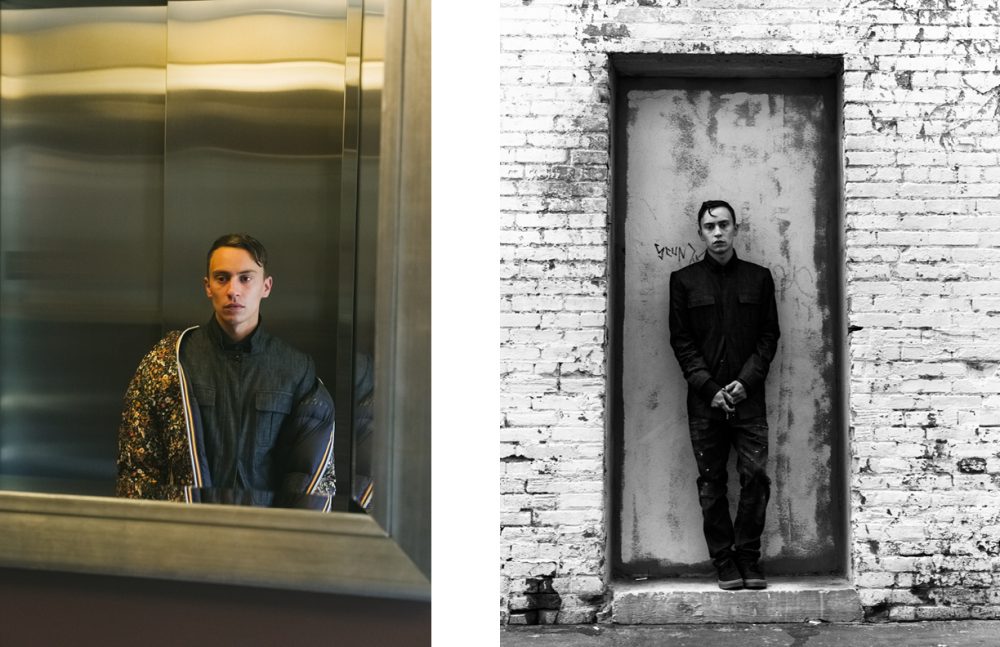 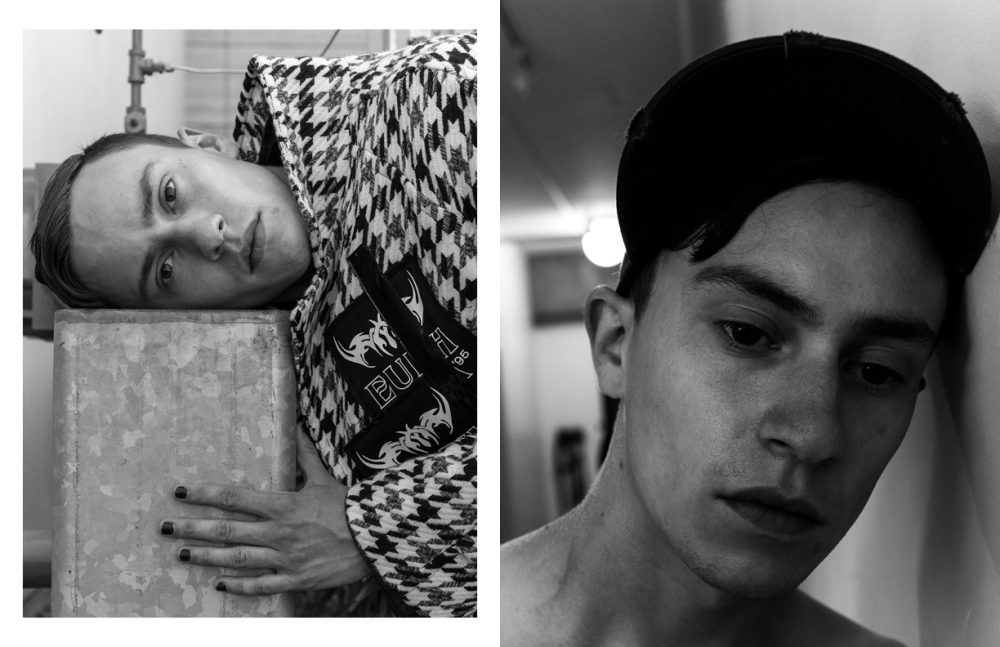 In many of your projects, you play troubled characters. As an actor, how do you prepare yourself to convey these states of emotional intensity?

Every job is different and takes different amounts of preparation. As for emotional intensity that comes relatively easy for me as I am a pretty emotionally intense person. After acting for 14 years though I pretty much just make sure that I’m well rested and focused. I don’t really use any “method” or “acting style” that I learned from anyone. I just do my own thing.

You have also worked in numerous projects depicting mental health struggles, such as United States of Tara and It’s Kind of a Funny Story. What did you feel that these two projects brought to the mix in terms of representing mental health?

I think both projects brought some awareness to mental health conditions that hadn’t been represented as much as they maybe should’ve. Neither was by any means the first to tackle the subjects that they did but I’m really proud of both.

Do you feel that the representation of mental health issues in media can lead to positive change?

I do think that representation of mental health issues can lead to positive change and can normalise these issues. I think one of the biggest issues is that there is still so much stigma surrounding mental health and seeking help with it. I still have so many friends that refuse to try therapy or even consider it and it’s sad because they suffer unnecessarily.

Taking care of your mind is so important and suffering from mental health issues can be incredibly debilitating. By seeing content that explores this area hopefully people will be encouraged to learn more and seek help. 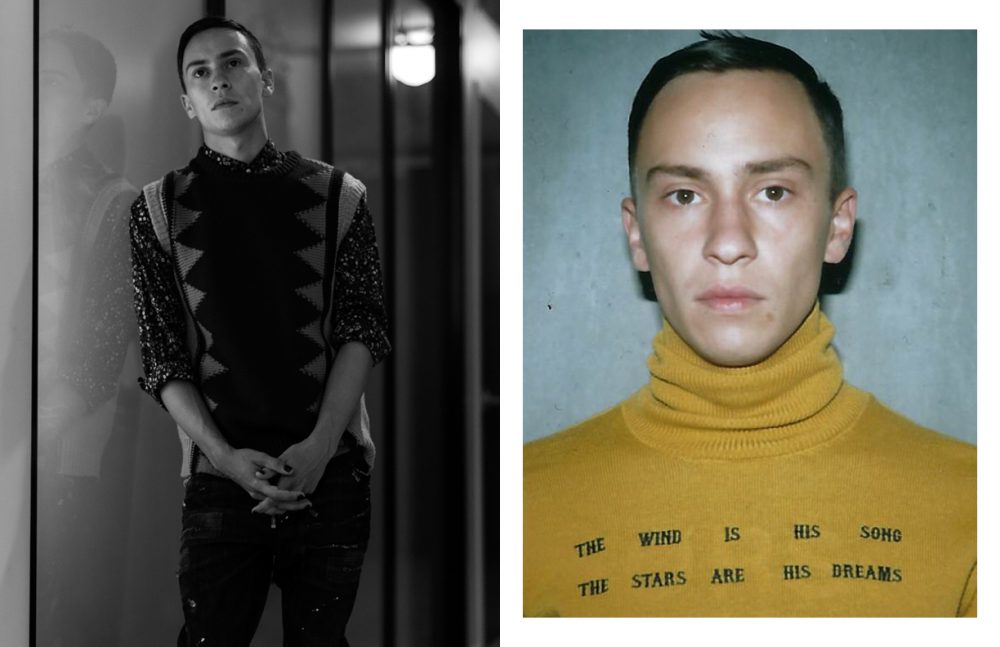 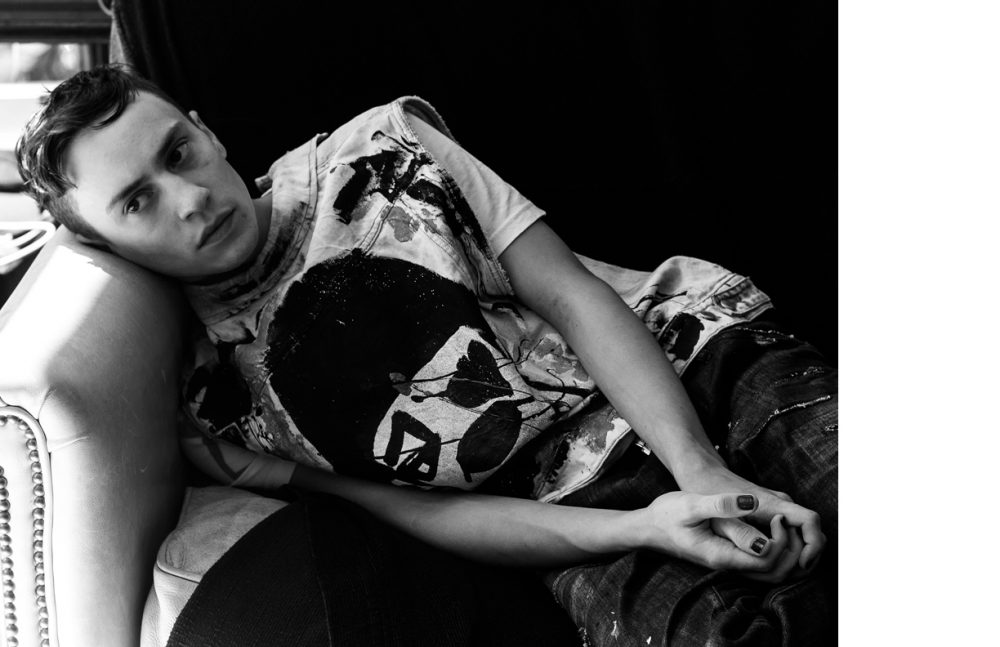 In Atypical you play Sam, a teenager on the autism spectrum. How did you prepare for this role?

Robia [Rashid] was great about making sure that we collaborated and got Sam right and figured out who Sam was and tried to really just nail the part as much as possible. Probably the best thing she gave me was this really great book called The Journal of Best Practices. It’s a fantastic book about a man who learns that he is on the autism spectrum later in life, after he’s already married and has a few kids. It really takes you into the way he thinks, and is well written. That was probably the most helpful thing of all the research that we did.

Did you feel like you identified with Sam as a character? What did you feel was important for you to convey or capture when taking on this role?

I definitely identify with Sam. I don’t think you can play a character believably without identifying on some level. Upon reading the first script he jumped right off the page. Robia had created such a vibrant and relatable character. I think everyone can identify with Sam. When playing this role the most important thing for me to accomplish was to do Robia’s script justice and create a character that felt like a real person. 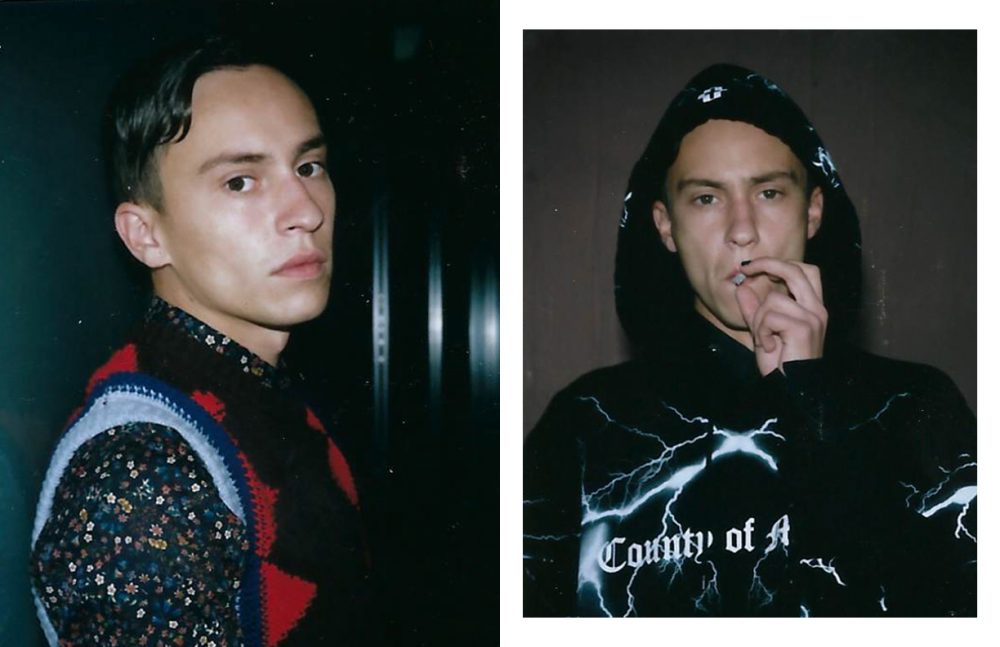 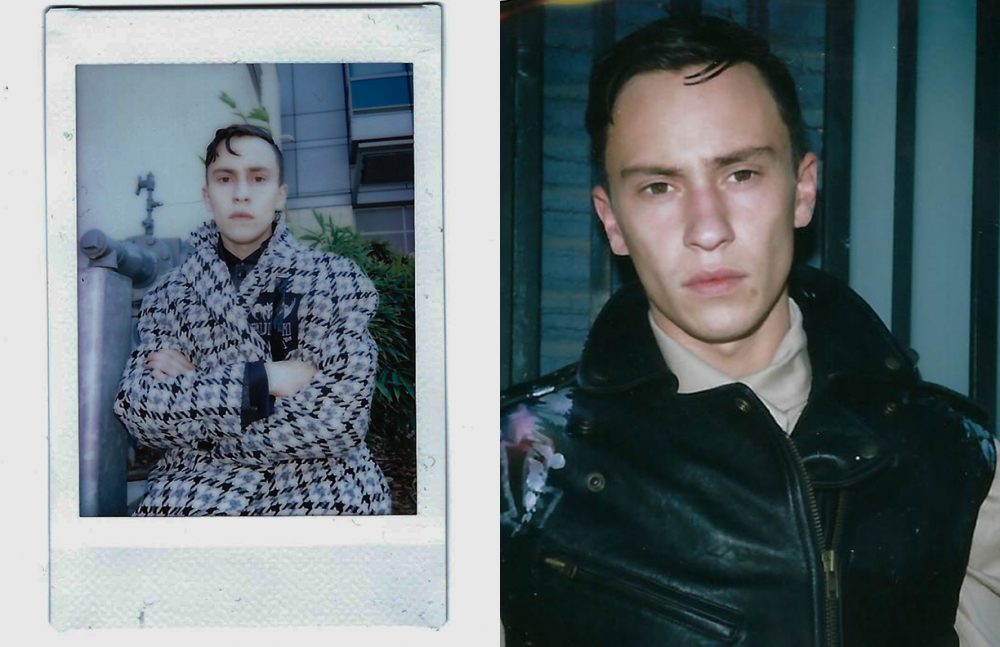 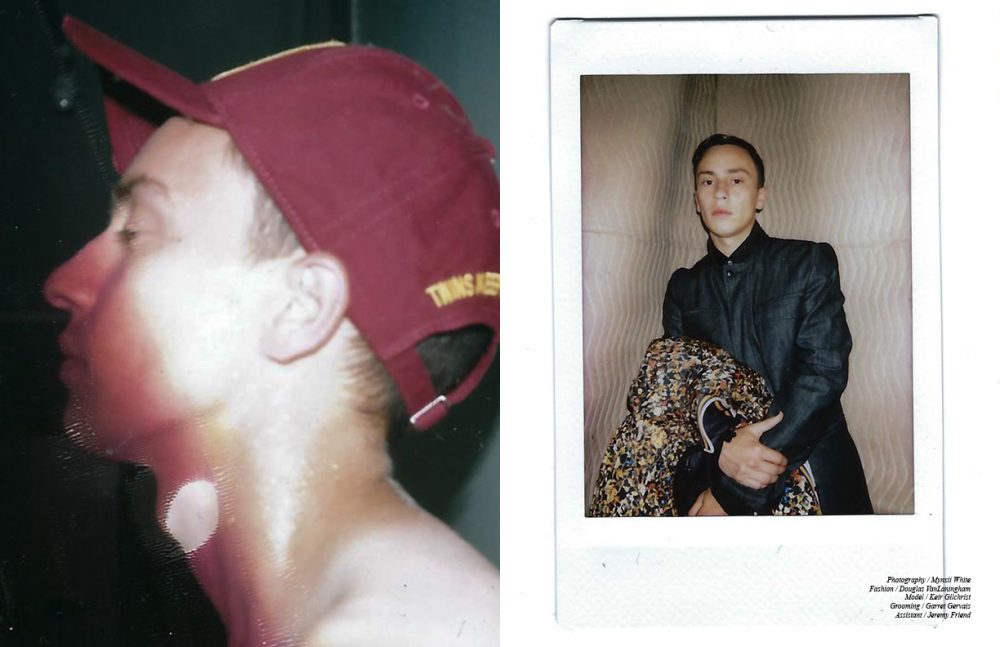 Doing a show for Netflix is pretty liberating because they really like to let the artists do what they want to do. It’s also been interesting having my show come out world wide on the same day. I’ve never had that happen before. My friends in LA and my family in Canada and the UK all got to watch it at essentially the same time.

As for the rest of 2017 I’m trying to do a film and working on music currently. I have an episode of Room 104 that’s coming out in September and I’m really excited for people to see it.

Atypical is available on Netflix now.