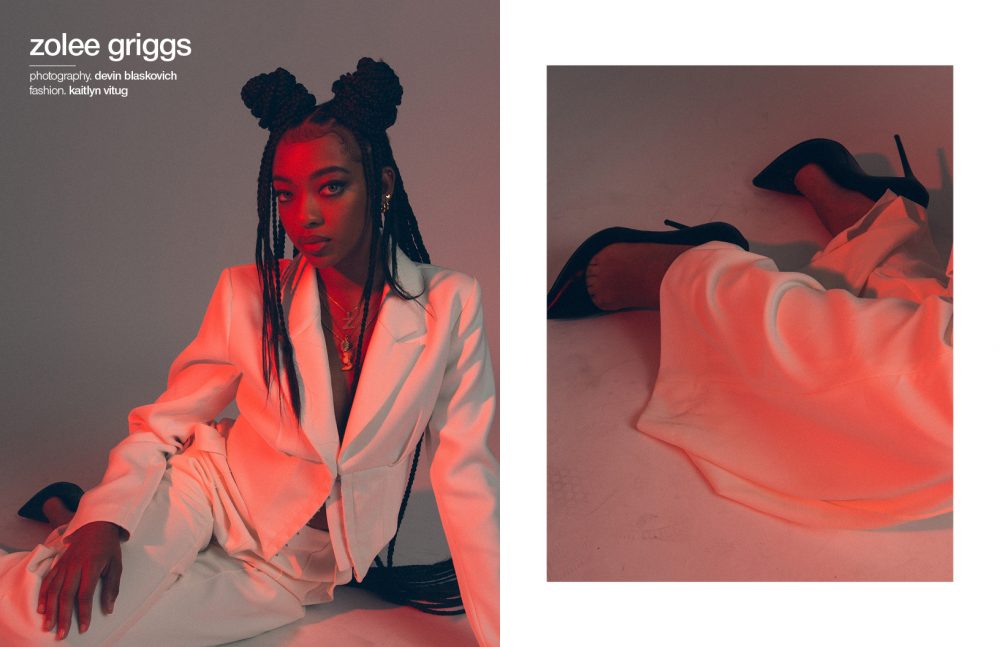 22-year-old Zolee Griggs is on the verge of something big. Hailing from Los Angeles, the actor recently traded her beloved West Coast for the East Coast — at least momentarily — to bring the backstory of hip-hop collective Wu-Tang Clan to life on-screen in Hulu’s ten-episode scripted series Wu-Tang: An American Saga — albeit with some creative liberties.

Set in the ‘90s, Griggs stars opposite Moonlight’s Ashton Sanders and Into the Spider-Verse’s Shameik Moore as Shurrie Diggs. Shurrie is RZA‘s (played by Sanders) younger sister, who’s juggling high school duties and all the while covering her secret affair with Ghostface Killah (played by BK-native newcomer Siddiq Saunderson) when she’s “forced to step up and be the woman of her house.”

Having stepped into the industry at just two, Griggs made a name for herself with a recurring role in Disney’s Cory in the House from 2007; now, with greater leeway, the actor believes Wu-Tang: An American Saga to be her rite of passage into adult acting. As the sixth episode of the series premieres today on Hulu, we catch up with Griggs to discuss her career so far, the process of stepping into Shurrie’s shoes, the launch of her mentorship program “GRL2WMN,” and what we can expect from her in the future.

Though you’re quite young you’ve been acting for a chunk of your life now. How did you get started in the industry?

I started when I was two years old, my mom told me I was literally approached in the mall constantly and finally, she gave in. I officially signed with Ford when I turned four! I then moved to Osbrink where I booked my first commercial and started acting.

Was there any point where you wanted to step out?

Never. I always performed whether in church, school, in the living room, it’s just a part of my nature. I will say when I was 15 I didn’t book for some time and it was sort of depressing. I didn’t want to stop but I wanted to know what I could do to improve to get over the stagnancy. 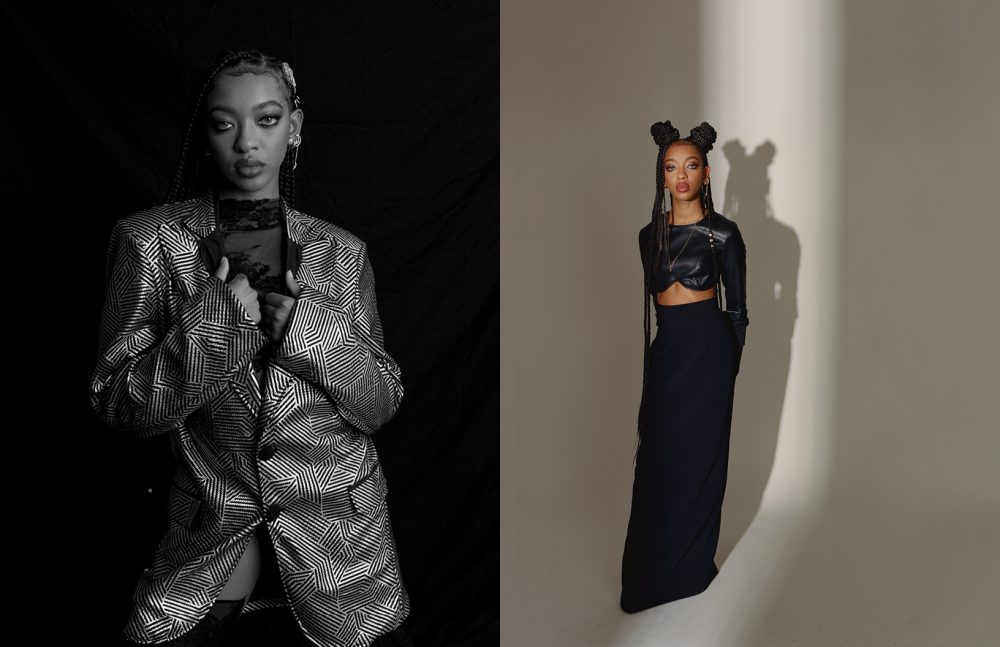 You’re “West coast till I die” per your IG bio, how does it feel to bring to life this very East Coast story on Wu-Tang: An American Saga?

I am a West Coast girl through and through but it’s dope to go to the opposite coast and rep it as well. Because I have such love for my city, it’s easy to translate that same energy into New York, I’m surrounded by true New Yorkers who are proud of where they come from and I can relate. It’s fun to learn another city’s culture and the little details that make the city so unique so telling the story is very easy but a constant learning experience.

You play Shurrie Diggs. How and when did you land the role? Did you audition for it? Was there something in particular that attracted you to the role?

I auditioned for the role back in December 2018 right before Christmas, I sent in a self-tape and about two weeks later I heard they “pinned” me which basically means they had their eye on me. Next, I did a test where I met RZA and Alex and after that, they called my agents and I knew I booked it! I did a chemistry read right before Christmas with Siddiq who plays Dennis and then we moved to NYC in February! I knew I wanted to do the role because I wanted to be a part of rap history, telling Wu-Tangs story is very important and I knew I’d be one of the only women on the show so I wanted to represent that sliver of femininity right.

The series is created by RZA, which you mentioned you met early on, and executive produced by Method Man. Did they give you any guidance for the character?

I met RZA early on before I even booked the job and I met Method Man randomly one day in the office like the first week of moving to NYC. It was surreal working with legends and even having them know my name was insane! Yes, RZA, Alex (the other producer) and I would have phone talks before each episode and they would give me insight on specific moments in the script or emotions, just things I shouldn’t leave out when telling the story. They have great insight and it was good for us to all sit-down converse from different perspectives and conclude what needed to be done for character development. 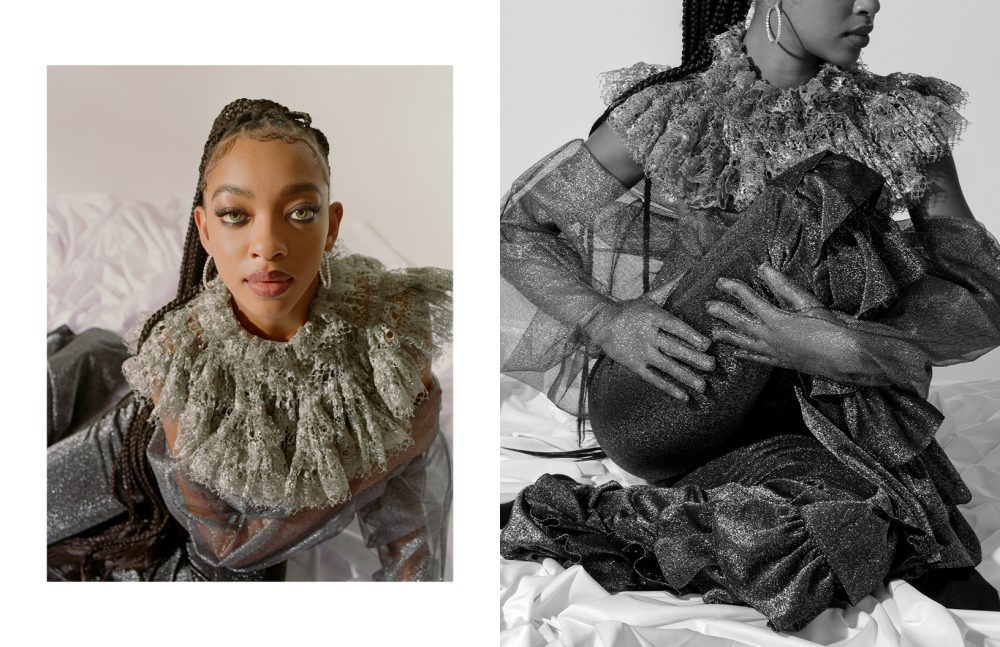 Shurrie is not quite a real-life person but a combination of RZA’s three sisters. Do you feel that was an advantage or did it put more pressure on you?

Shurrie is definitely one of RZA’s actual sisters but he has two others so they must be incorporated. I definitely think it puts pressure on me because I’m not only representing his actual sister Shurrie but his other two as well but I know what’s it’s like to be a sister so it wasn’t too hard to tap into that family aspect.

Did you meet any of the real-life women behind Shurrie when preparing for the role? Or would you have wanted to?

I was able to meet with his sister Sophia when I was with Erika (who plays my mom Linda) and she went over the relationship all the girls had with their mom and just the family dynamic. I’m glad I was able to meet her because I needed a woman’s point of view from a very male-centred perspective.

How do you know who to pull from when portraying her and, on top of that, make it seem cohesive into one person?

I pull from annotations Sophia gave me, from personal experience, from RZA and I’s conversations. It’s easy because instead of me viewing it as multiple people, I just see Shurrie as multidimensional. She lives different lives with different people so that’s easier to focus on than all the different sisters. 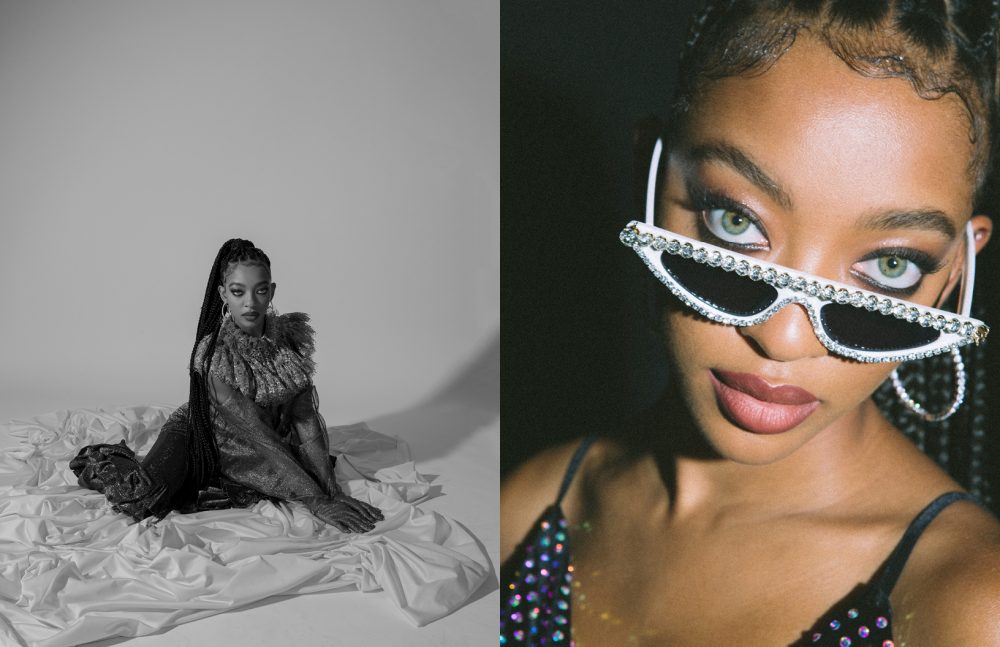 You portray Shurrie with a lot of emotion and levelheadedness. There’s a strong duality to her — between her dreams and her duties, which is especially noticeable in ep. 4 (and aided further by the time jumps!) What do you find are the main challenges of bringing her to life?

The main challenges I have of bringing her to life are the fact she doesn’t honour herself as a young woman always. It’s not an actual challenge but Zolee wants better for Shurrie, as in wants her to put herself first and love herself enough for everyone, not constantly put everyone else first.

The reason is obvious to anyone that’s watched the show so far but you share quite a bit of screentime with Siddiq Saunderson, who plays Dennis (aka. Ghostface Killah). How was it working with him and developing the relationship on screen?

I love Siddiq! He’s very professional and encouraging, this is both of our debuts as adult actors so we’d constantly share our thoughts and challenges with each other. Also, he’s from Brooklyn so he’d constantly help me with little things like [the] accent or cultural things I might not have been aware of. The relationship was easy to bond because Siddiq is easy going and a really sweet person and there’s mutual respect so it’s good.

Do you have any anecdotes from set?

We would constantly take photos or videos of each other asleep, looking crazy taking off wigs, and making jokes. Erika is probably one of the funniest people on set, we all constantly roast each other but it’s all family love. 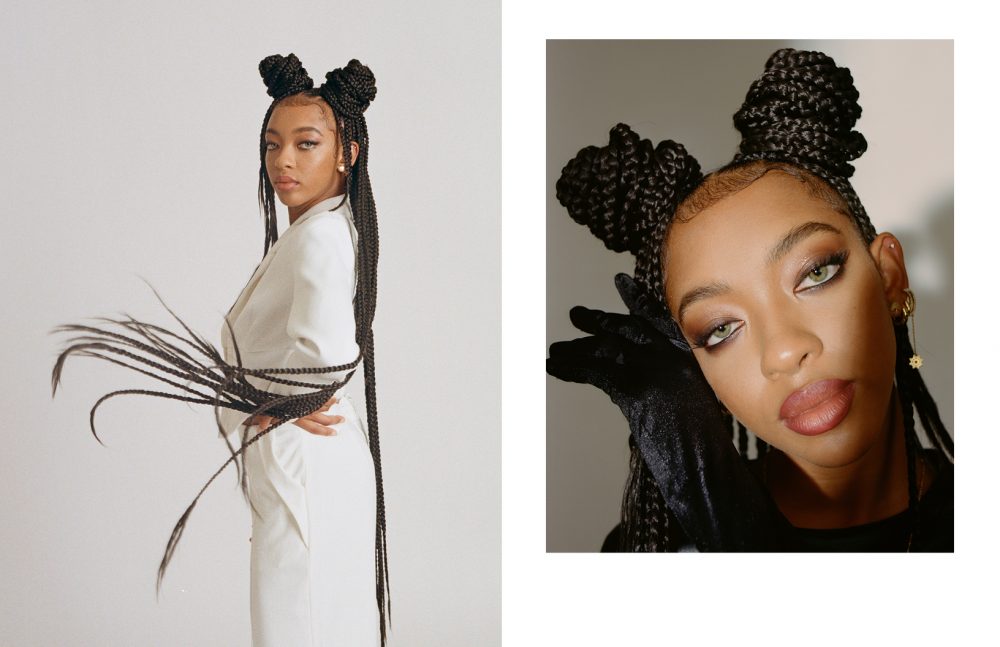 How do you feel viewers will perceive Shurrie as the series advances, and especially after episodes four and five. Will we see her grow more throughout the next episodes?

Definitely, I think the audience will have more empathy for Shurrie and want to see her grow into her womanhood as well. She is constantly maturing and learning instead of letting the many men in her life sort of take advantage, she learns to stand up for herself a bit more so I think everyone will see her assert herself while gaining respect.

Apart from acting, you also launched your mentorship program, “GRL2WMN.” What made you start such an initiative?

In high school, we had a similar program called “Sister Circle” where the juniors and seniors would mentor the middle school girls and it was super inspiring to me to know young girls looked up to us or wanted advice from us. Some of the girls strictly wanted companionship because they didn’t have sisters and that resonated with me because when I was in middle school I wanted something like that. I felt very isolated in middle school besides the adult relationships I had with my mom and grandmother so I wanted girls to be able to have good role models to be within their reach.

What hopes do you have for the future of “GRL2WMN”?

I hope to see it expand into an annual event with more girls than the first event I had and I would like to reform the U.S. school system with workshop days, I want to one day take “GRL2WMN” on a tour and be able to implement healthy habits, advice, relationships, and knowledge into the education school system, which is where most kids spend a grand amount of time and are easily influenced.

Going back to acting to close things off, do you have any projects lined up for the future?

I’m taking life one day at a time, so time will tell. 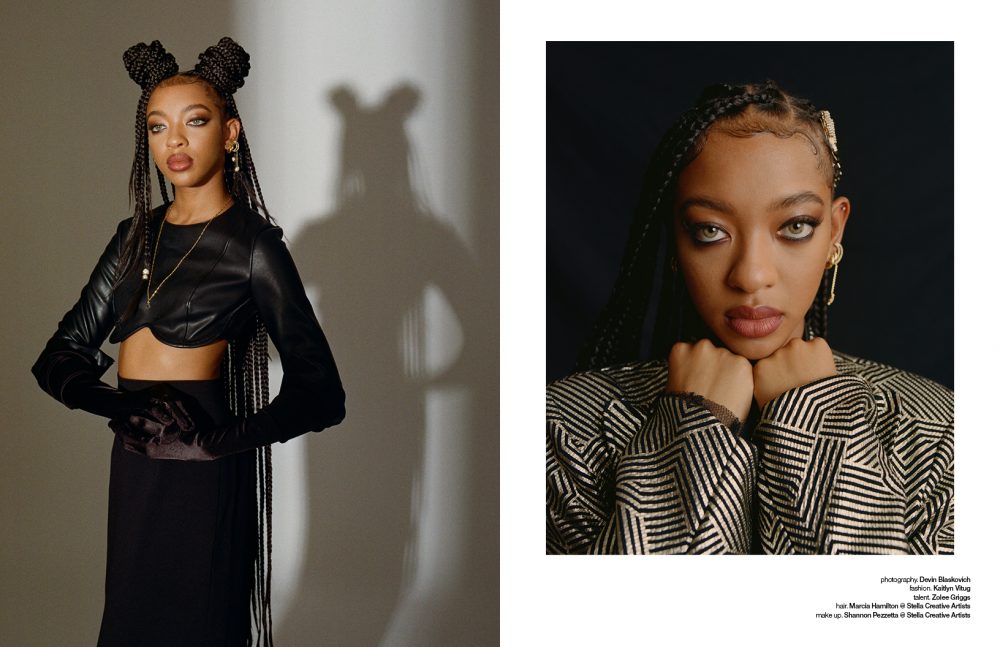