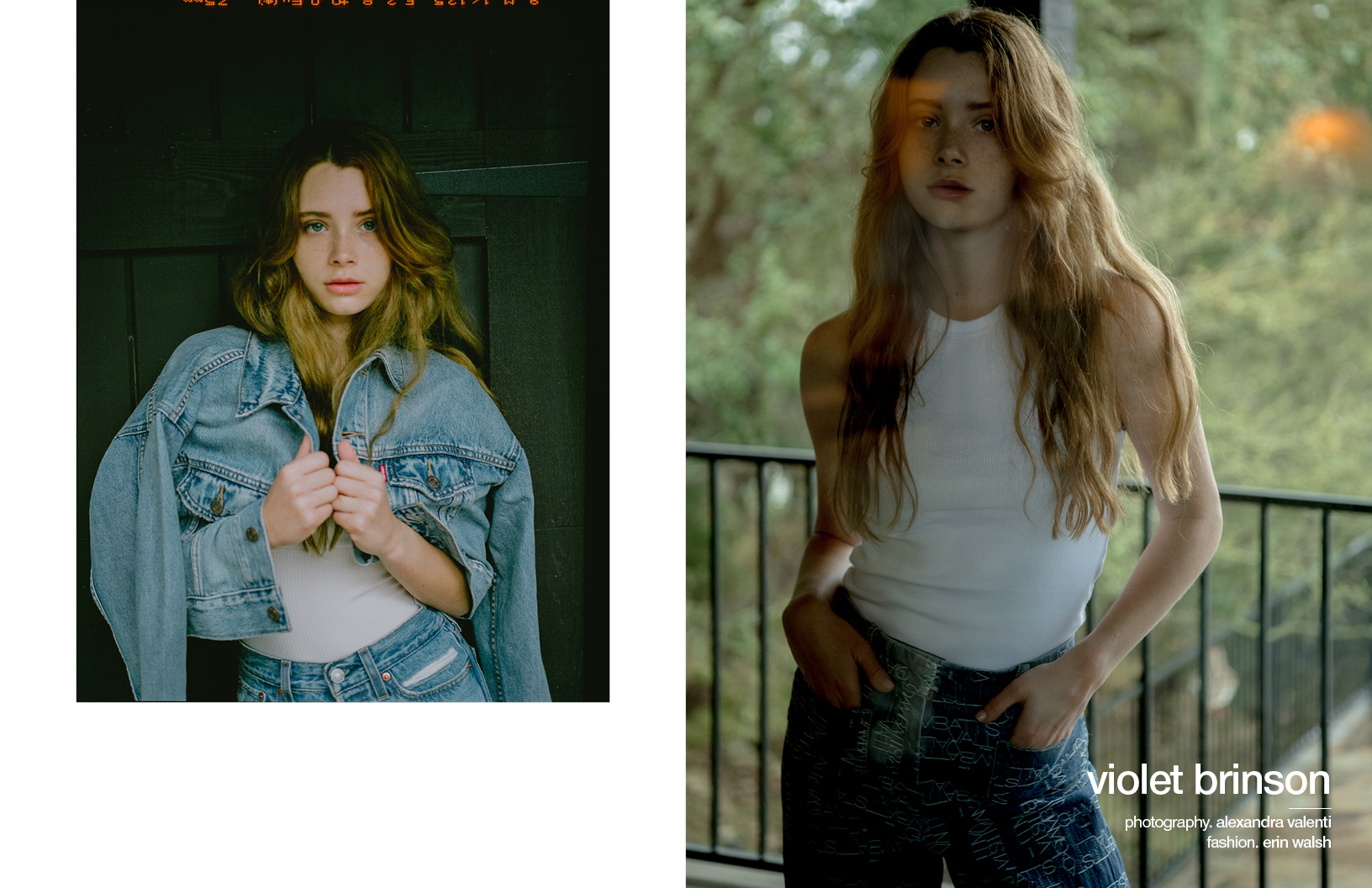 On the set of Walker, actress Violet Brinson stays motivated to “put her all into every scene and every moment of every day”. Brinson has been a hard worker for as long as she’s been in the industry; previously, she made appearances on Showtime’s The Comey Rule with Jeff Daniels and HBO’s Sharp Objects with Amy Adams, leading up to today, where she is one of the stars of a hit CW series that has already been renewed for a second season. Violet’s upbeat approach and enthusiasm draws from her childhood love of imagining herself in stories and books, a lingering spirit that compels her forward as she continues to follow what she calls her “creative flow”.

In the modern reimagining of Chuck Norris’ iconic series Walker, Texas Ranger, Brinson is winning over viewers’ hearts as Stella Walker, a character navigating the mending of a broken relationship with her estranged father. Schon! had the pleasure of speaking with Violet about working on the set of Walker, her earliest memories of acting and what’s been inspiring her lately.

Hey Violet! I’m so excited to be speaking with you about Walker. How have you been lately?

I’m doing great! I’ve been having a great time here in Austin. I’ve been really good and happy and busy, so that’s really nice.

In a moment, we’ll talk a little bit more about the TV show. But first, I’m curious to know — what have you been watching lately?

I’ve been so busy, it’s been hard to find time to watch stuff. But me and my family just finished Your Honor on Showtime. It was so intense and stressful. Oh my gosh, it was so good.

I’ve heard! You’re in Austin now — how has it been working in the pandemic?

It’s definitely been an adjustment, because I’ve taken precautions and there’s regulations on that, but it hasn’t impeded anything. I feel like everything has gone pretty smoothly. It’s kind of become just another day-to-day life.

Yeah, the “new normal”, as they say. What do you think this past year has taught you? And how are you bringing that into your work?

I think when everything first kind of shut down, it really taught me to be very grateful for the opportunities I had to work. Also, how to motivate myself. When there was nothing going on, you really had to motivate yourself from the inside to get things done — to read, to learn. You had to inspire yourself without the world going on around you. That was definitely something I learned quickly. This year has made me more appreciative, and also, more gung-ho about getting to work and putting my all into every scene and every moment of every day. 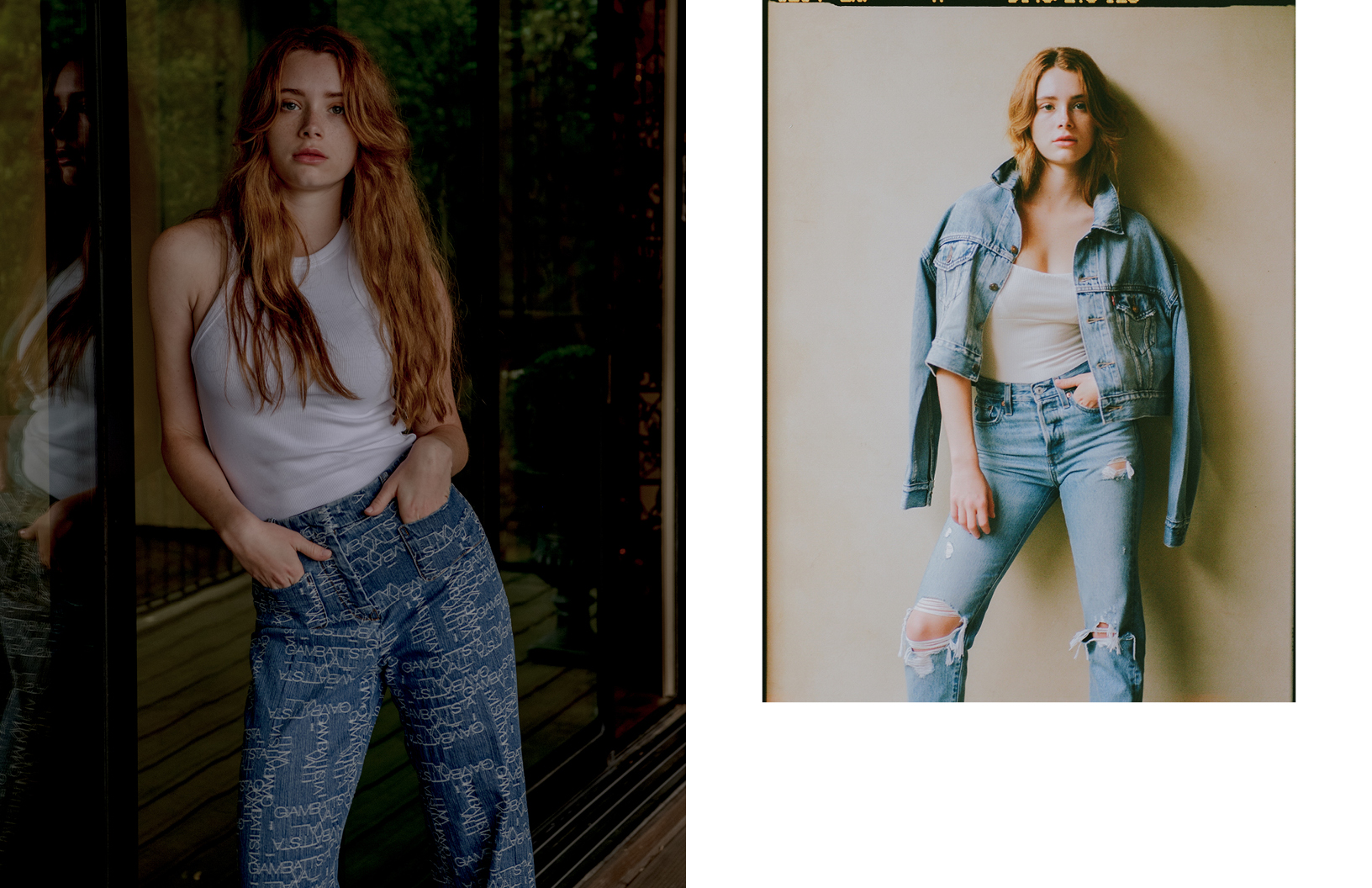 Can you think about what motivated your initial interest in acting? Is that similar to the motivation you feel now?

The first interest I had in acting came from when I was little. I loved to read as a child, and I always wanted to be like the characters in my books, to be part of their world and their situations. The idea of being different people always intrigued me. And then, I just kind of fell in love with acting. I loved watching stories unfold — I feel like they’re so important, they’ve impacted me a lot throughout my life, and I’ve learned so much from them. Getting to be able to tell them just brings me so much purpose and happiness. I just want to keep doing it for as long as possible.

Speaking of imagining and reimagining characters, Walker is a reimagining of an older show, Walker, Texas Ranger. What originally drew you to Stella and Walker?

I think Stella is such a complex character, and I find her so sympathetic because she’s going through such a tough moment in her life. Her mom recently passed, and she’s readjusting to her father coming back home after being gone on an undercover case for so long. She’s just filled with so much pain, and she doesn’t know how to process all of her emotions. It’s overflowing in slightly unhealthy ways — and maybe she wouldn’t normally act this way. The thing that got through to me was just how much pain she was in and how she was struggling. But at the same time, she’s so fiercely loyal, passionate and caring. The prospect of playing someone so complicated and who was going through such a struggle at that time in her life was really, really interesting to me.

It can be an intense series — but have there been moments where you found joy in making it? Moments that just connected with you in a deeper way?

Yes, definitely. I think what’s so special about this project is that everyone in it has been so welcoming and friendly. Right off the bat, that tone was set — everyone was comfortable with each other, and we all became friends really quickly. There was the scene, I think in Episode Three, where most of the family cast all sat down for dinner. Just getting to be around each other and, like, having dinner together — even though it was a scene, it was just so fun to get to be around them and to talk to them and have that kind of family dynamic. I really, really enjoyed that. It’s not often that a bunch of characters get all together.

What can audiences expect from Stella and the rest of the season?

There’s so much to come! Oh my gosh, there are a lot of roller coasters. She still has to struggle with her grief, and there’s definitely work to be done in her relationship with her father. There are a lot of things that need to be healed and for them to say to each other. But there are definitely some ups and downs to come. I’m excited for everybody to see it, and I’m excited to explore it all!

Last question, this is going back to you personally — what are you most looking forward to in the next year?

I think I’ve been reading a lot and kind of getting back in touch with the things that make me happy, and just finding time for those things. I think this coming year I want to be as productive as possible and just find the happiness in letting my creativity flow. I think that’s really important. I think that’s something else I learned during this year, the importance of finding outlets for that creativity. That’s what brings me happiness, and that’s what I’m excited about this coming year. 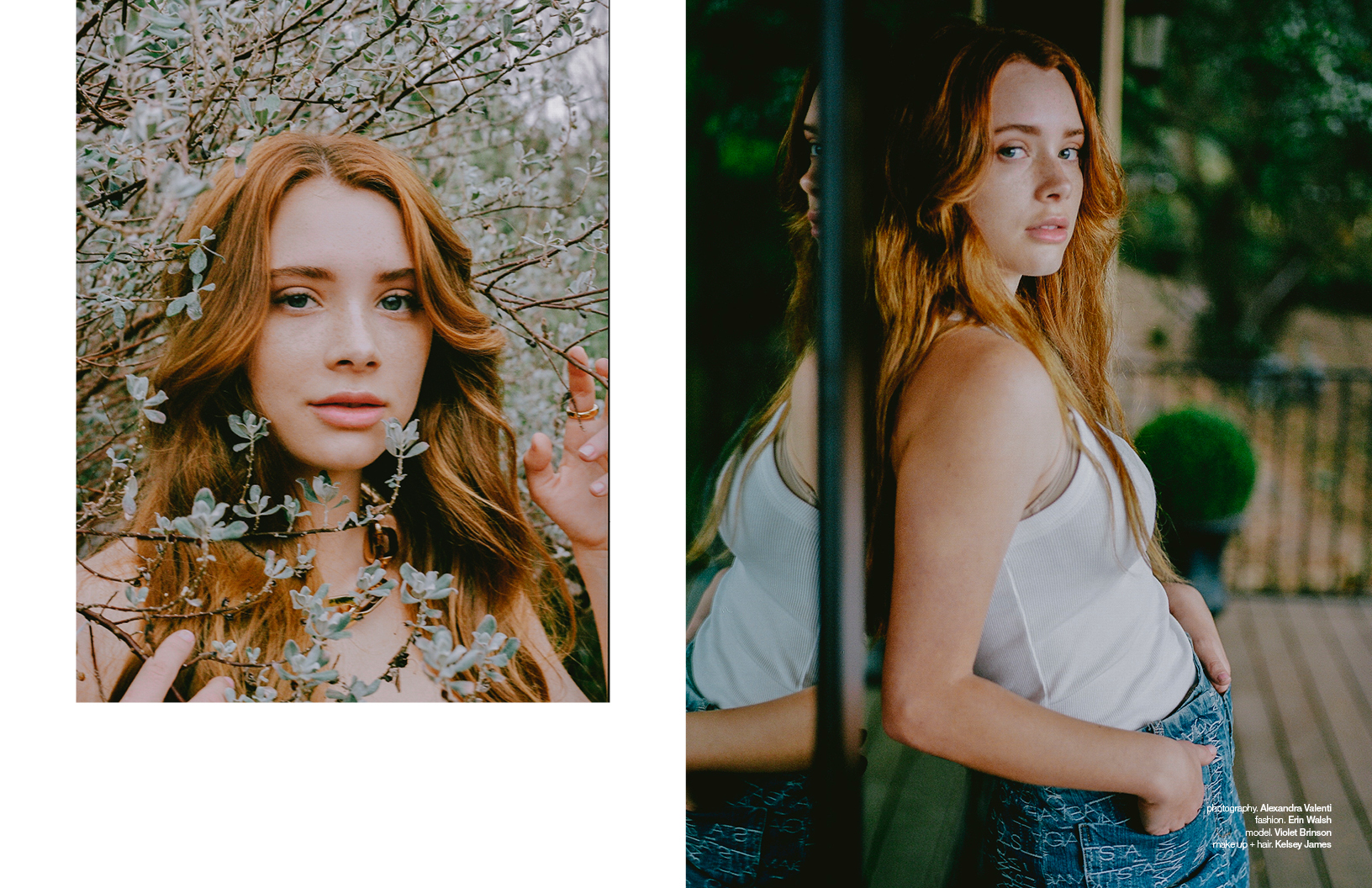 Walker is currently airing on The CW