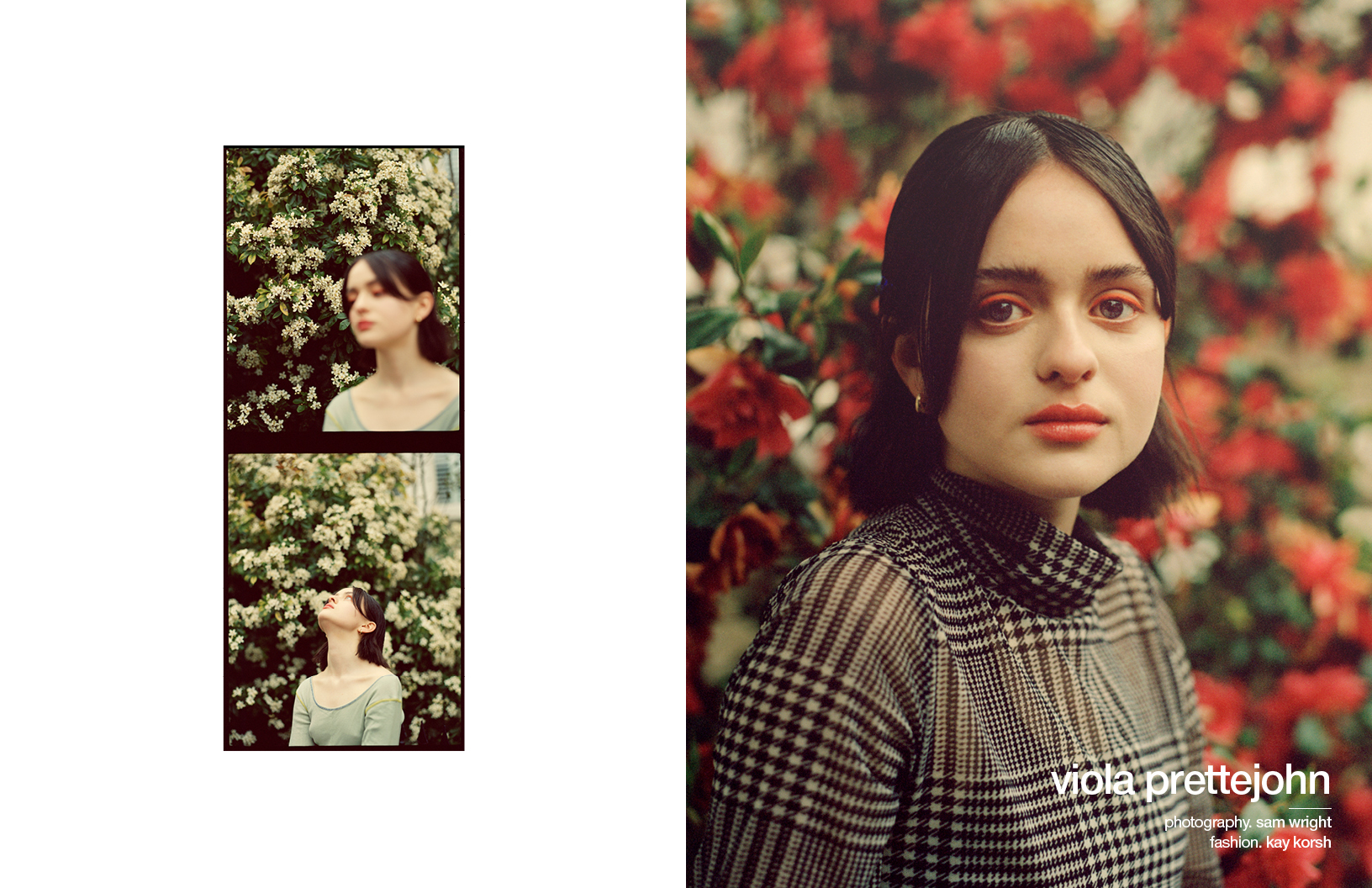 Although we’ve had plenty of experience with uncertainty and the surreal given the chaos that was the past year, it seems we can’t get enough of crazy stories and altered realities. The Nevers, an HBO production which recently completed part one of its two-part first series, sates our hunger for this genre perfectly, offering a wild ride that keeps us entertained and guessing at every minute. To hear more about the show, Schön! caught up with Viola Prettejohn, who portrays the linguistically gifted Myrtle Haplisch. Without revealing too much (no spoilers!), we asked the talented actress about her character, the prep work required to become Myrtle Haplisch, her experience of filming and more.

What was the audition process like for the role of Myrtle Haplisch?

From what I remember, it was surprisingly quick. I think my agent told me to prepare myself for multiple rounds of auditioning, but in the end I only had to go in twice: once for an initial taping and then the second time to meet with Joss and Nina Gold. In both rounds I also read for Primrose, but I majorly messed up her part in my recollection — they asked me to enter the room as if I were a giant, and I just had no idea what to do, so I think I just took some slightly longer steps? It wasn’t my finest hour. The scripts for Myrtle were really interesting, though; instead of actual words in other languages they just had sort of made up words that were open for the actor’s interpretation, which was really exciting but also pretty terrifying! 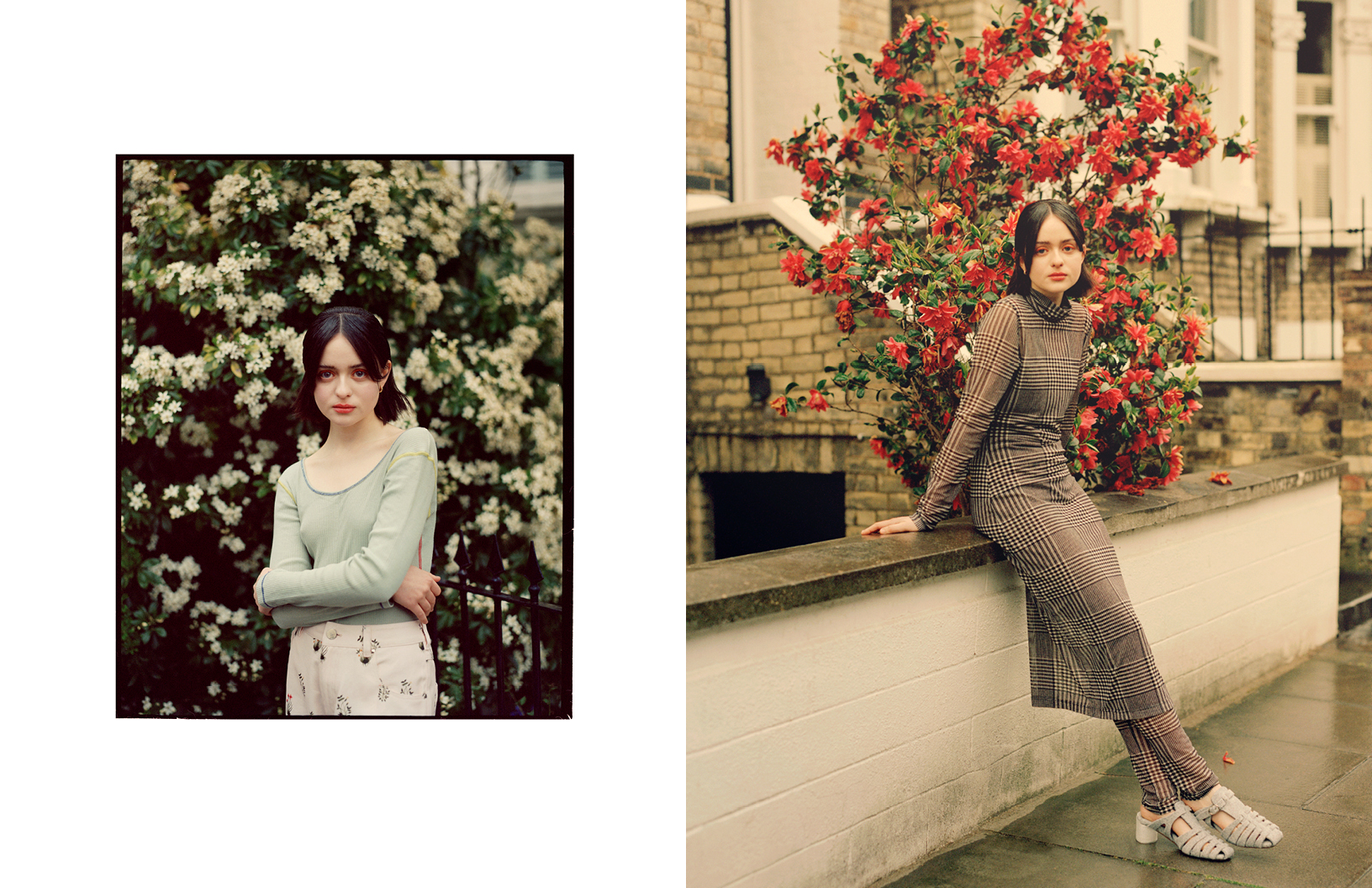 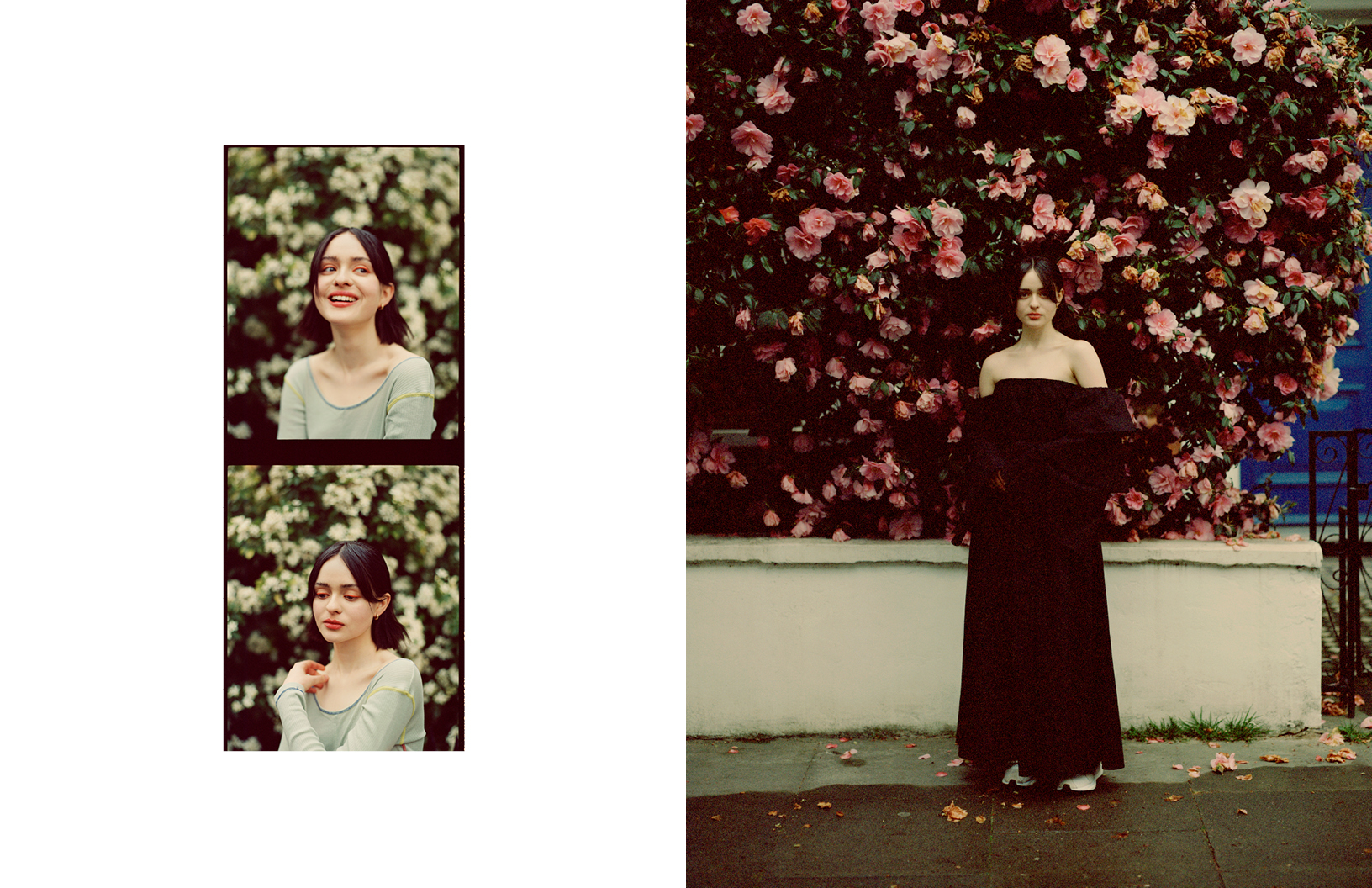 Where were you when you first heard that you got the role? Who was the first person you told?

I was actually in the middle of lunch break at school! I went out into the hallway to take the call from my agent, and I kind of knew straight away what it was about. I think I remember being weirdly calm about the whole thing until I hung up, and then I just ran into the room with my friends in it and just cried and screamed. I went on sort of a wild goose chase around the school trying to find my drama teacher who ended up being in the lunch hall so I told her and she shouted in the middle of the dining hall full of students! But while I was so busy trying to find her I’d actually forgotten to call my parents, so I called them up and got to miss a bit of my physics lesson, which I remember being extremely happy about.

I didn’t necessarily know I wanted to act, but I always knew I wanted to do something creative. For a long time I thought I wanted to go into fashion until I realised I didn’t have much talent for it! But I figured out from doing lots of school plays and doing the National Youth Theatre that acting was really what made me happy.

What are some new skills you’ve had to learn for this role in The Nevers?

What was the other prep work that went into the role?

Mainly all my prep work was to do with the language side of things. I would have regular catch ups with Sally, the show’s dialect coach, to share recordings we had both received and play around with the lines and which languages we felt drawn to. But aside from all that there wasn’t much. I suppose through all the costume fittings I prepared myself for wearing the corset, and I made myself a Spotify playlist of some traditional Victorian piano music and folk songs. 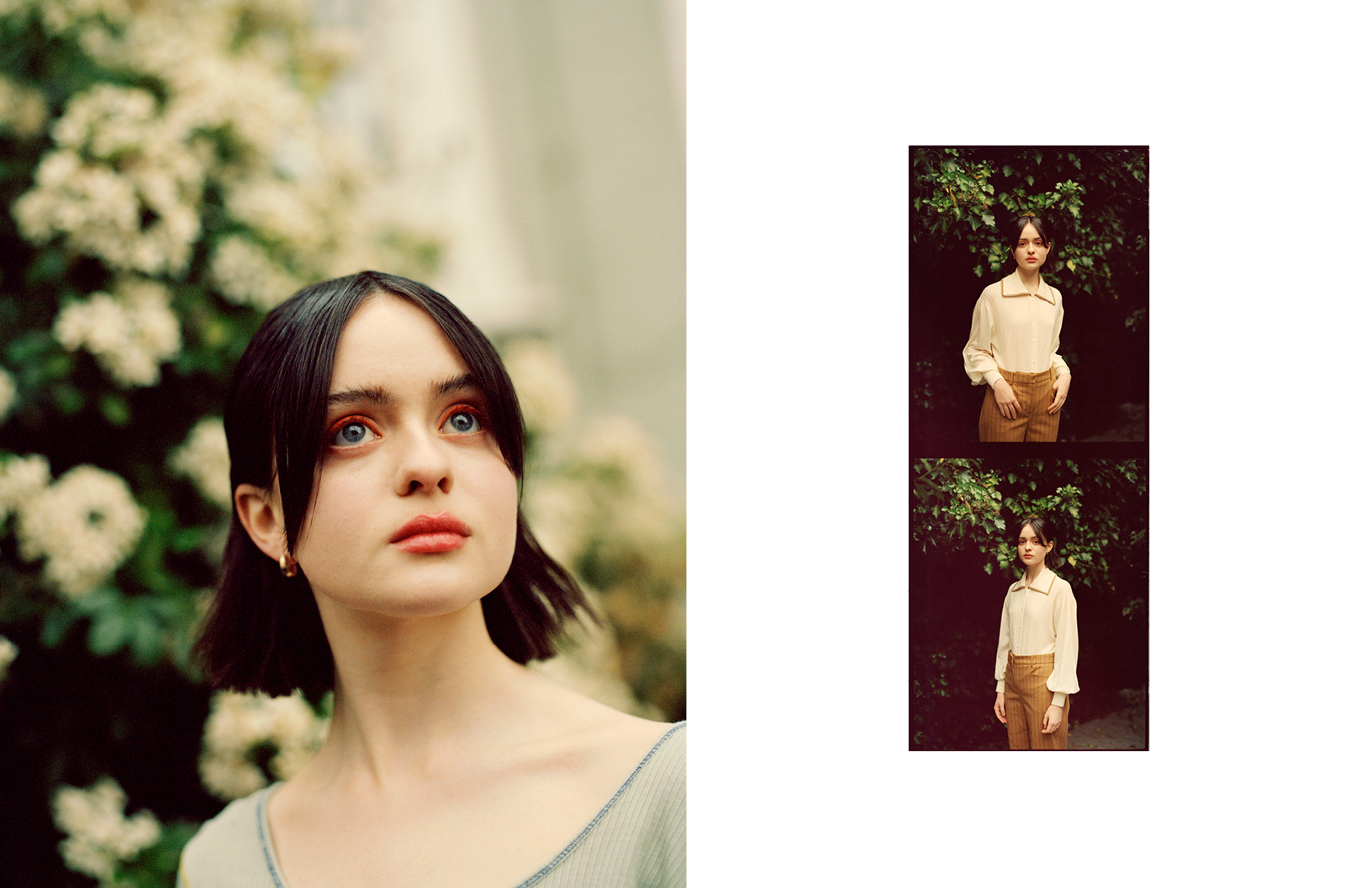 The film and television industry changed drastically during the pandemic. Did you experience these changes when filming, and if so, what was it like to work during this time?

It actually didn’t end up feeling too different. Of course we had to be regularly tested and there was mandatory mask-wearing on set, limited personnel, ventilation systems and all that sort of thing, but its effect on the actual acting was quite minimal. I was also lucky because I didn’t have very much left to shoot when we got shut down originally. I have got to say, HBO dealt with the whole situation incredibly well and made sure we all felt safe during the process, so as a cast and crew, I think we got taken care of fantastically.

How are you similar or different to Myrtle? Do you feel connected to her in any way?

I wouldn’t say I was very similar to her at all. She’s a hugely enthusiastic person who doesn’t necessarily think a huge amount before she speaks or acts on something. I’m quite the opposite in such a way that I probably overthink a lot of what I do. I like to think that she’s had a positive impact on the way I approach things; I’ve noticed that I am a lot more ready to throw myself into situations and can adapt better than I used to be able to, so I think through playing her she’s rubbed off on me a bit.

What are some roles you would like to portray in the future? Would you like to do more period pieces/series?

I’m really open to a lot of things! Judging by what projects come my way, I think I’m always going to be drawn to slightly odd characters and projects that are a little bit crazy. But I really just want to make sure that I never become complacent and that I’m always trying to challenge myself, so hopefully that will ensure a variety of characters in the future!

How do you relax and unwind in between scenes and work days in general?

In between scenes I generally just chat to the other cast on set or any of the crew members I can find around. Last season I was also doing my school work in between setups, but that won’t be the case anymore so I’m going to have to find new things to fill my time. On my off days I love to go to the cinema and London’s various art galleries. I’m also one of those people who walks literally everywhere so I can spend a whole day just wandering around perfectly happily. 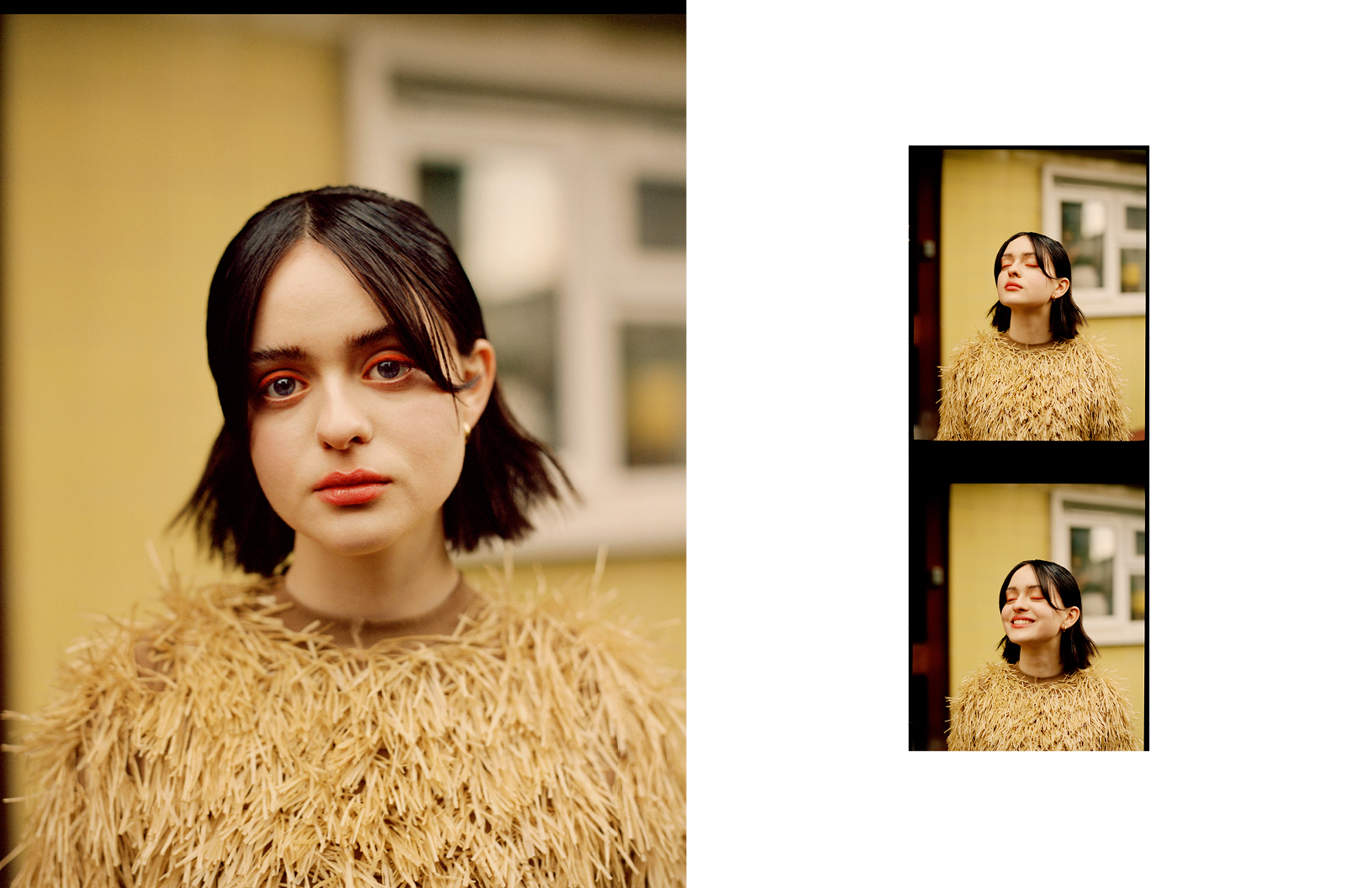 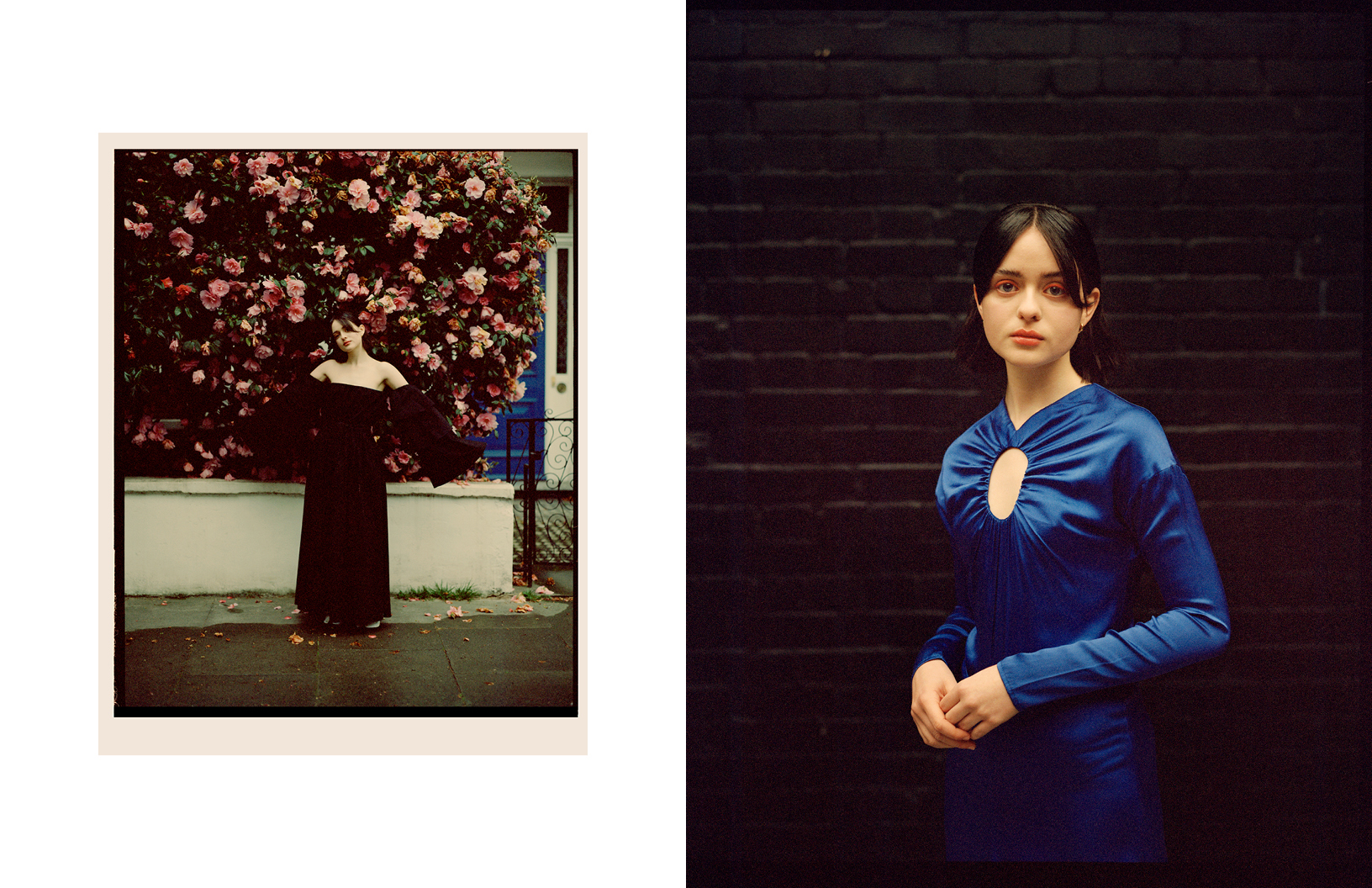 How has this experience of filming The Nevers been different or similar to your previous roles in The Witcher and Counterpart?

It was completely different. I think because the other two roles were at most two day shoots they were all about me just figuring out how being on set worked and what to do/not to do. Whereas on this job I feel like I truly learned what it was like to build a character, and because I could potentially be playing Myrtle for years to come, I felt a real responsibility to make sure she was a fully-rounded, well thought-out person.

If you didn’t act, what do you think you would choose as a career path?

I really have no idea, I mean, I barely had a chance to figure out whether I actually wanted to be an actor before all this happened, let alone think about any other options! I mean, I’ve always thought being a barista looked really satisfying, but I suppose you have to deal with all those complicated orders and annoying customers so maybe not that. Maybe a film critic?

What do you hope viewers take away from watching The Nevers and from Myrtle herself?

I hope people just have a sense of joy! This show has so much heart, and I think Myrtle embodies that in her excitement for everything that is thrown in her direction. The show also focuses a lot on the power of embracing what others see in you as a flaw and making that what makes you special, so I hope viewers can adopt that sentiment in themselves. 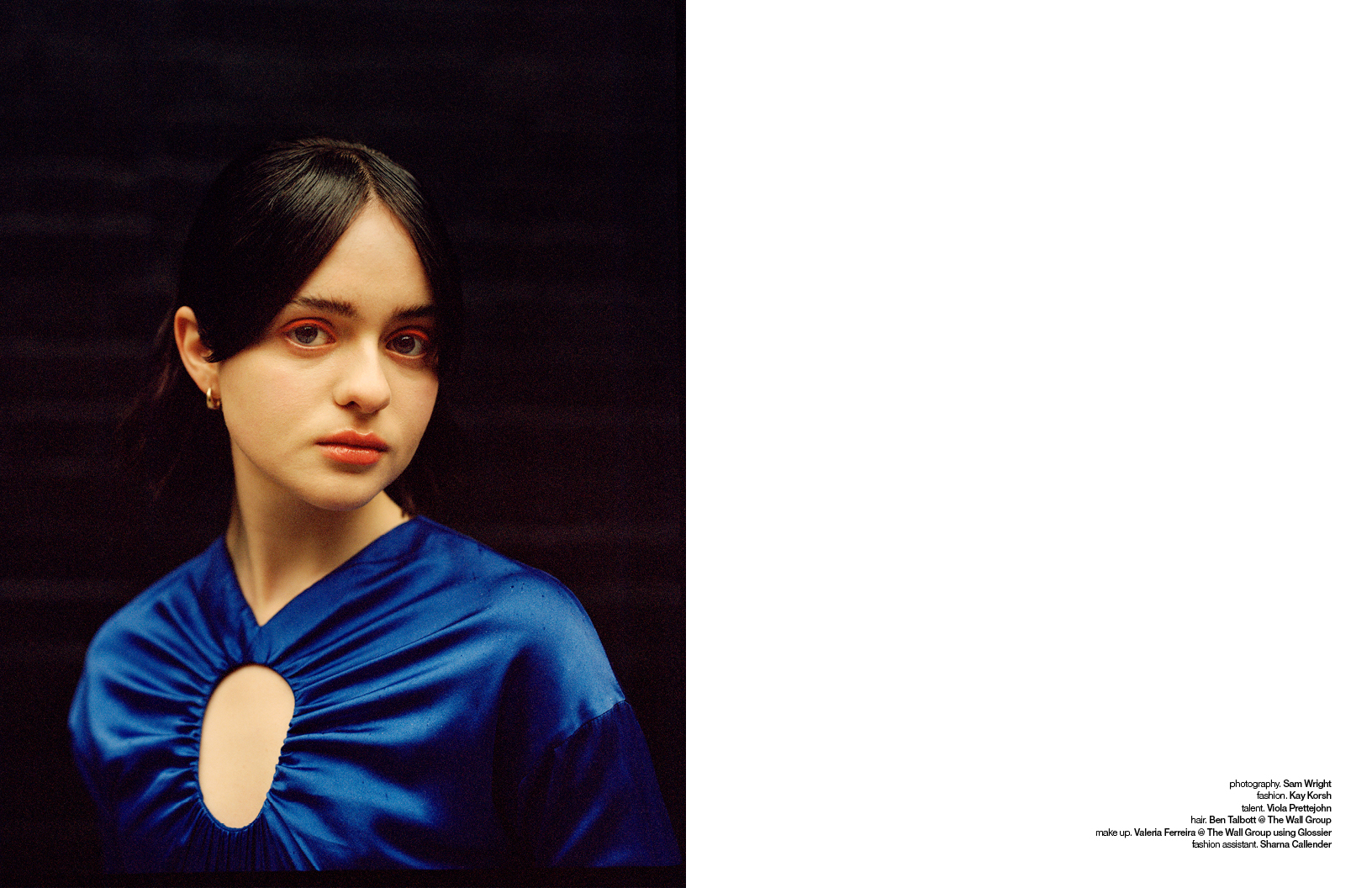 The Nevers is currently available on Sky Atlantic and NOW.