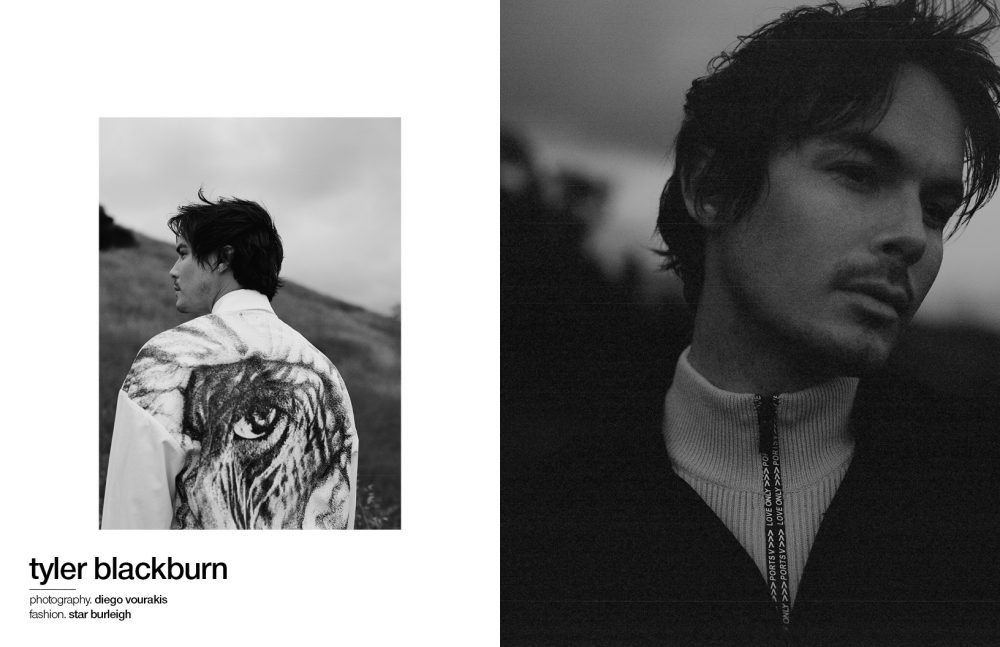 Tyler Blackburn’s had quite a busy year. From featuring on The CW’s Charmed to his starring role on Roswell, New Mexico, also on The CW, Blackburn’s face hasn’t been seen on TV this much since his much-beloved run on Pretty Little Liars and the show’s first spin-off, Ravenswood. On top of that, he’s also been active musically, releasing the song “Can’t Love Me” with Los Angeles-based singer Novi earlier this year.

Blackburn has never been particularly secretive, but lately, fans are getting to know a new, deeper side of the actor and musician. He came out as queer in a recent interview, having identified as bisexual since he was a teenager. He’s also renewed his activity on social media, sharing fan tweets and stories across Twitter and Instagram.

“There’s so much life to live and I want to live it to the best of my ability,” wrote Blackburn in a recent Instagram post. Life-affirming messages like these are now commonplace on Blackburn’s feed. “We are all in this together,” he finished, closing the post with a red heart emoji.

We spoke to Tyler about life, his experience with Pretty Little Liars, playing a villain on Charmed and what we can expect from his character Alex in the already-confirmed second season of Roswell, New Mexico. 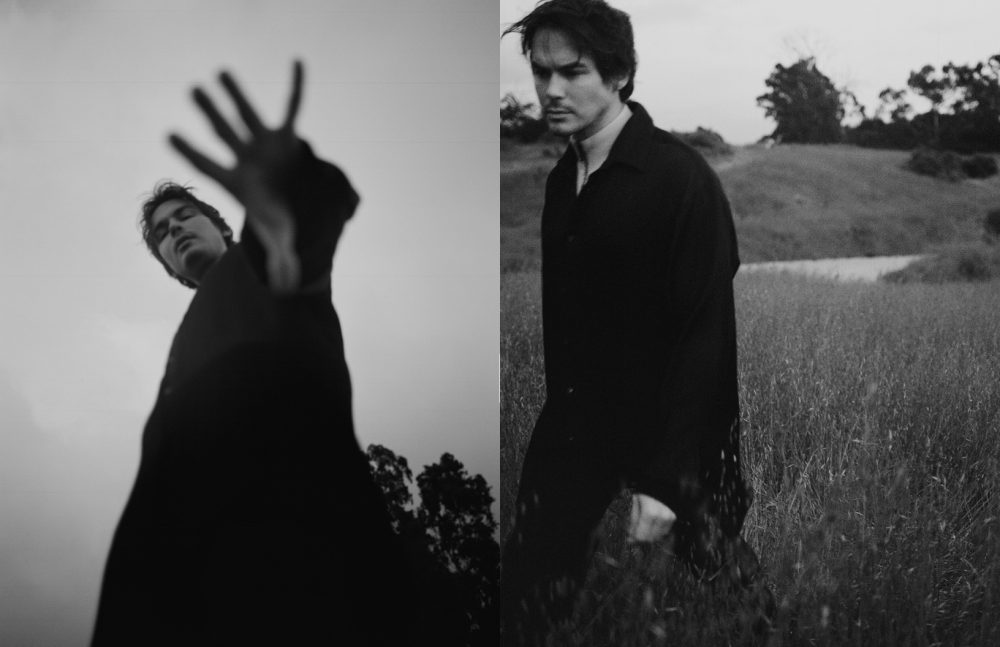 I’ve wanted to be some type of performer since I can remember. In elementary school, I started acting in plays and I was hooked.

You first appeared on TV in your late teens in the show Unfabulous on Nickelodeon. Looking back, what advice would you have given yourself during that time?

“You should be nicer to yourself, you’re not that bad.”

Fans first got to know you as Caleb in Pretty Little Liars. When you first joined the show, did you have any sense of what a sensation the show was going to become?

Because I came in half-way through the first season, I remember seeing billboards for the show prior. I thought to myself “that show looks fun to be on!” A few months later I was shooting my first scene with Shay Mitchell. I was only supposed to be in four episodes, but as I kept coming back for more, the show was growing and growing and I never wanted to leave. In some ways, I was surprised, but the bones of the show were so good that the surprise was mostly modesty.

PLL had and still has an incredibly devoted following. What’s the most common question you still get asked about the show?

How did you prepare for your role on Roswell? Did you watch the original series?

I was a young teenager when the original came out. I remember watching many episodes then. I rewatched the pilot before filming the reboot, but quickly realised we had a different tone to our show. I wanted it to feel fresh, so I actually didn’t want to continue the original. When I read the script for the pilot, I felt Alex Manes in my bones. I’d say the most prep work I had to do was to allow myself to open up to the most vulnerable aspects of my heart. It’s not always easy when you know that people all over the world are going to watch you process your demons.

Roswell isn’t afraid to touch on hot-button social issues. Do you think the “alien” aspect of the show allows you more freedom to explore these subjects?

I think the freedom to explore these issues comes from the social climate we live in. It comes from people like Carina Adly MacKenzie exclaiming that they were important to discuss. It comes from a network like The CW who wants to become a large part of the conversation, and giving us permission to go there. It comes from a time when Jeanine Mason, a kind, yet badass, Latina woman can lead a show and open doors. In my opinion, the “alien” aspect is what makes the show fun and light.

The finale just aired but season two is already confirmed. Where would you like your character to go in future seasons of Roswell?

I want him to really start to explore who he is now that he has found his voice and opening himself up. I want him to explore that through fashion, hobbies and relationships. 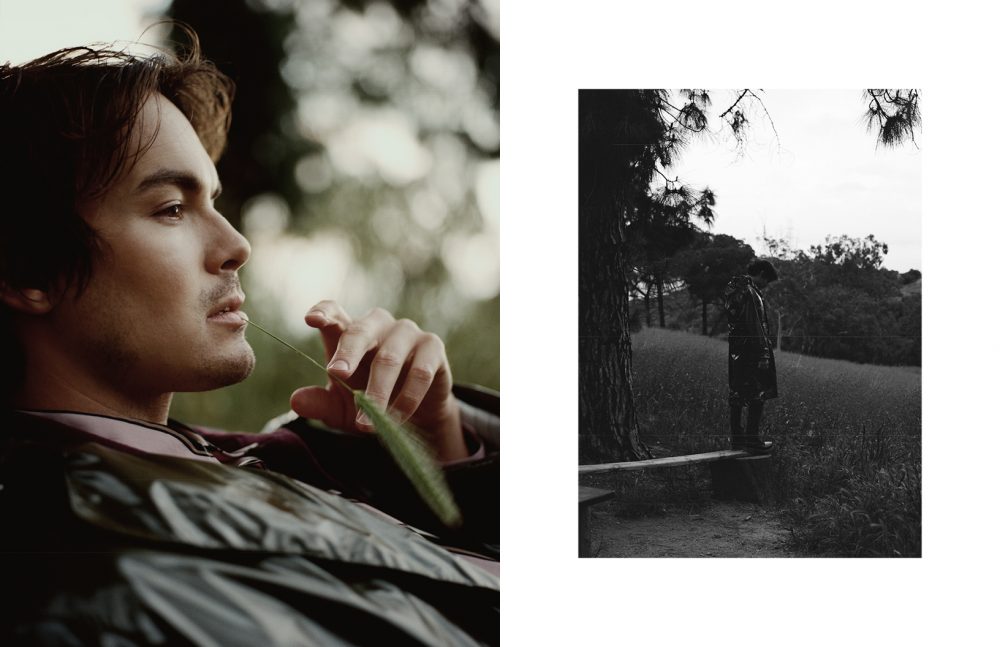 Are you surprised by how much the “#Malex” discourse taken off? Especially after the finale…

I see #Malex stuff all day every day and it makes me vibrate with happiness. I was nervous about the reaction. I was worried that the response would end in the relationship getting lost and ultimately make me feel like I failed in my part of making the relationship relatable to all sexual orientations. People love it. It makes my heart full.

You played your first villain for an episode of Charmed. Did you enjoy it? Is preparing to play a villain different from preparing for a “good guy” role?

I loved playing a villain. Especially one from a fantasy genre. The limits and boundaries are much wider. I was actually afraid of that initially because I was so used to playing real people who have so many boundaries. Viralis was pure evil and manipulative. It was so fun. 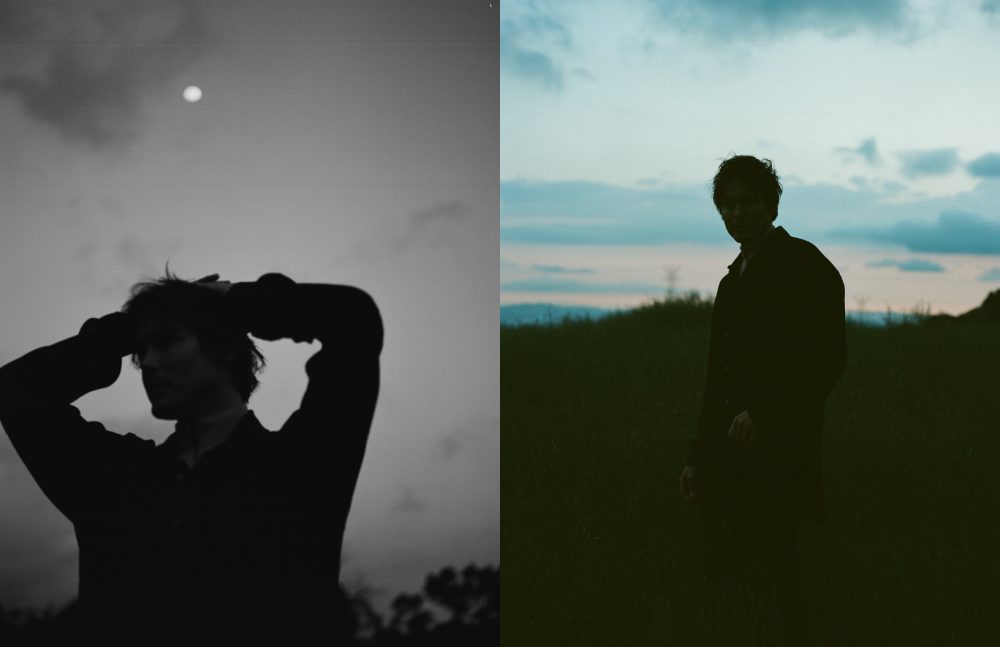 You’ve been releasing music since 2011. What got you into playing music?

I can’t remember a time that I didn’t love music. It was a constant in my life. My dad is in the music business and introduced me to so many bands. My mom always had music playing in the house. Everything from Chopin to Sara McLachlan to Diana Ross. I did some musicals growing up as well. In my 20s I had quite a few friends who were musicians and we would work on stuff. It’s just in my soul I guess.

Who or what has been inspiring you lately musically?

James Blake is someone I can listen to every day. I love musicians with soul, no matter the genre or time period. I love Leon Bridges, Borns, Billie Eilish, Frank Ocean… the list goes on.

What’s a project of yours that you wish more people knew about?

Although it’s definitely an art film and fairly risqué, I think “Hello Again” was pretty amazing. Everyone sung live on camera, the cast was mind-blowing and it was a true labour of love for everyone involved.

I’m looking forward to enjoying life on a new level. The last few years have been hard for me in many ways. I want to heal old wounds and love everyone that’s been a part of the journey. I just want to focus on what makes me feel good. 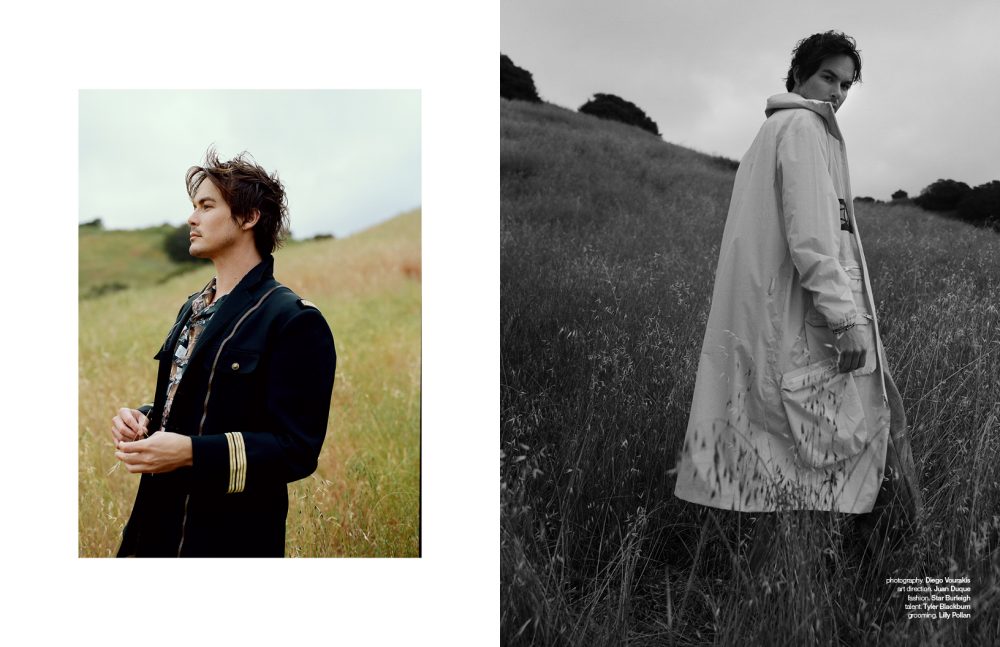 You can stream the first full season of ‘Roswell, New Mexico’ on The CW now.