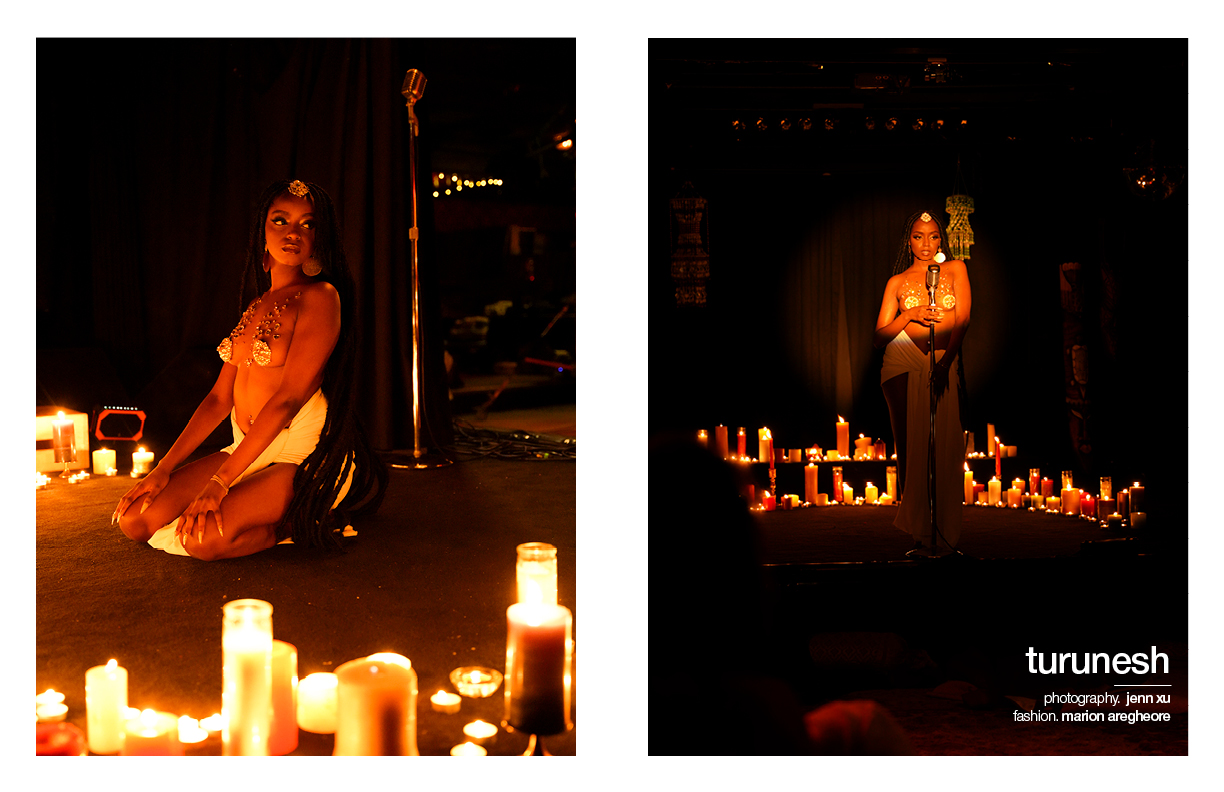 There is nobody quite like Turunesh in the African music scene. Determined to put Tanzanian capital Dar es Salaam on the map, much of her lyricism, melodies and inspiration comes from the East African coastlines that raised her. “All credit to my artistry goes to growing up [in East Africa,]” she says proudly. Today, the twenty-four-year-old, Vancouver-based artist is a force to be reckoned with. She is challenging the mainstream perception of who and what comprises African music through her seamless blend of neo-Afro-soul and R&B whilse pulling inspiration from the Swahili sounds of Unyago music. As a refreshing new face, Turunesh is reviving the rhythmic Zanzibari-style melodies of Taarab music but with a contemporary feminist flair.

Turunesh’s earliest memories of being passionate about music date back to her childhood. “I always wanted to be chosen to perform when I was a kid,” she says. Yet despite knowing that music was special to her, the decision to pursue a career as a singer-songwriter came much later. “I knew how music made me feel and that was special to me. I just didn’t think a career in music was an option for me. Music was always a passion project for me,” she recalls. Even though she was doing shows at the tender age of 16, it wasn’t until her second year of university that she understood her desire to pursue music was more than just a passion project. “I spent a month in London by myself. I didn’t know anybody there, just going to gigs. The stage is where I felt the most alive and I realised this is what I wanted to do.” 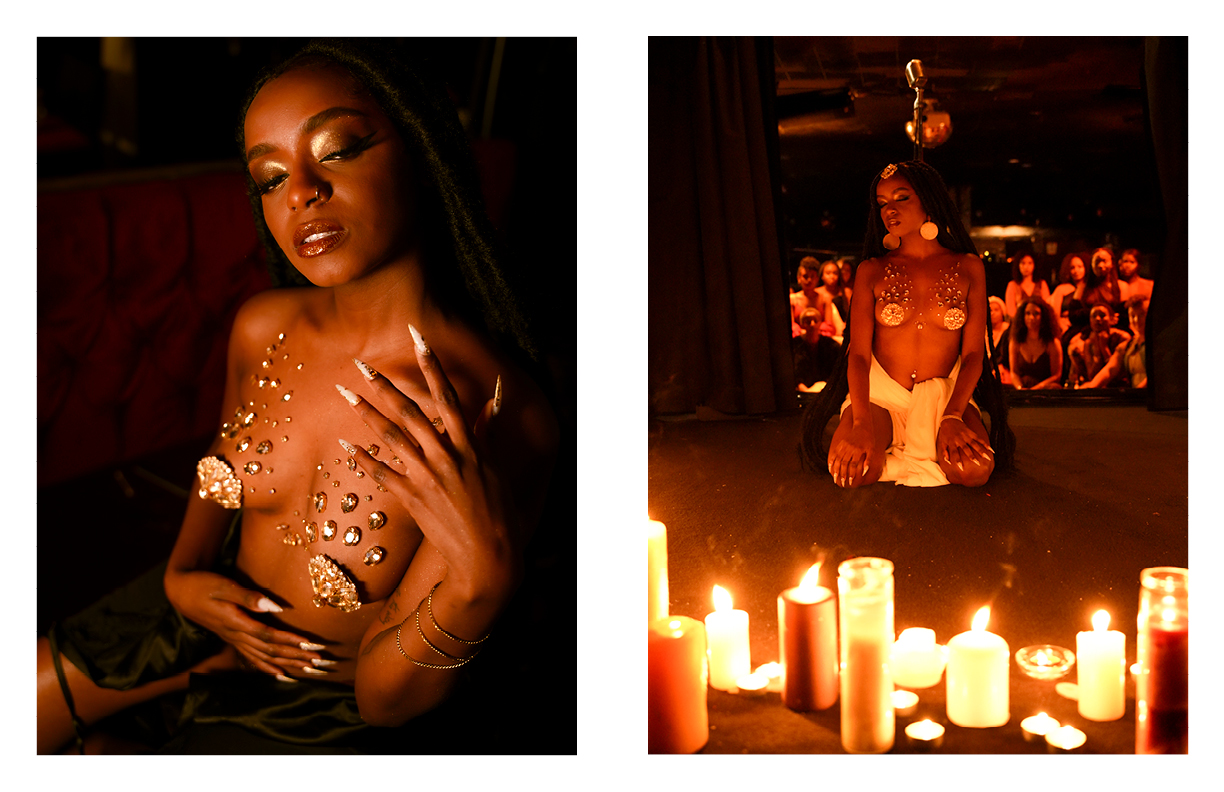 Turunesh’s fearless courage is what makes her music so unique. She is not afraid to use her lyricism to explore her identity and femininity. More importantly, she is not afraid to bring her audience along with her on a journey of self-exploration and discovery. “Our purpose as musicians is not always rooted in what our audience needs. Sometimes it’s what we as musicians need.  It’s about the healing we are going through. Our music is a vessel for our own self exploration and through that there is an alignment in what we need and what our audience wants.”

Satin Cassette, Turunesh’s latest album, is rich with taboo lexicons rooted in the poetic exploration of sensual liberation, afro-syncretism and herbalism. A true feminist champion of the East African alternative art scene, Turunesh’s silky and sultry voice is pushing the envelope for women in the African diaspora, prompting them to reclaim their power. According to Turunesh, decentering the masculine voice and the patriarchy is crucial for women in their process of recouping. It makes sense that in a lot of her songs, Turunesh is concerned with centering “the female voice, the female body and [centering] female pleasure to reclaim that power.” When asked what sensual liberation means and looks like, Turunesh explains that “for me, sensual liberation is the simple things. Being able to wear what I want, being able to explore my sexuality without any fear of judgment and being able to speak freely. The most important thing about sexual liberation is that you are doing it for yourself. It’s the process of reclaiming your own power and that is what I try to do with my music.” 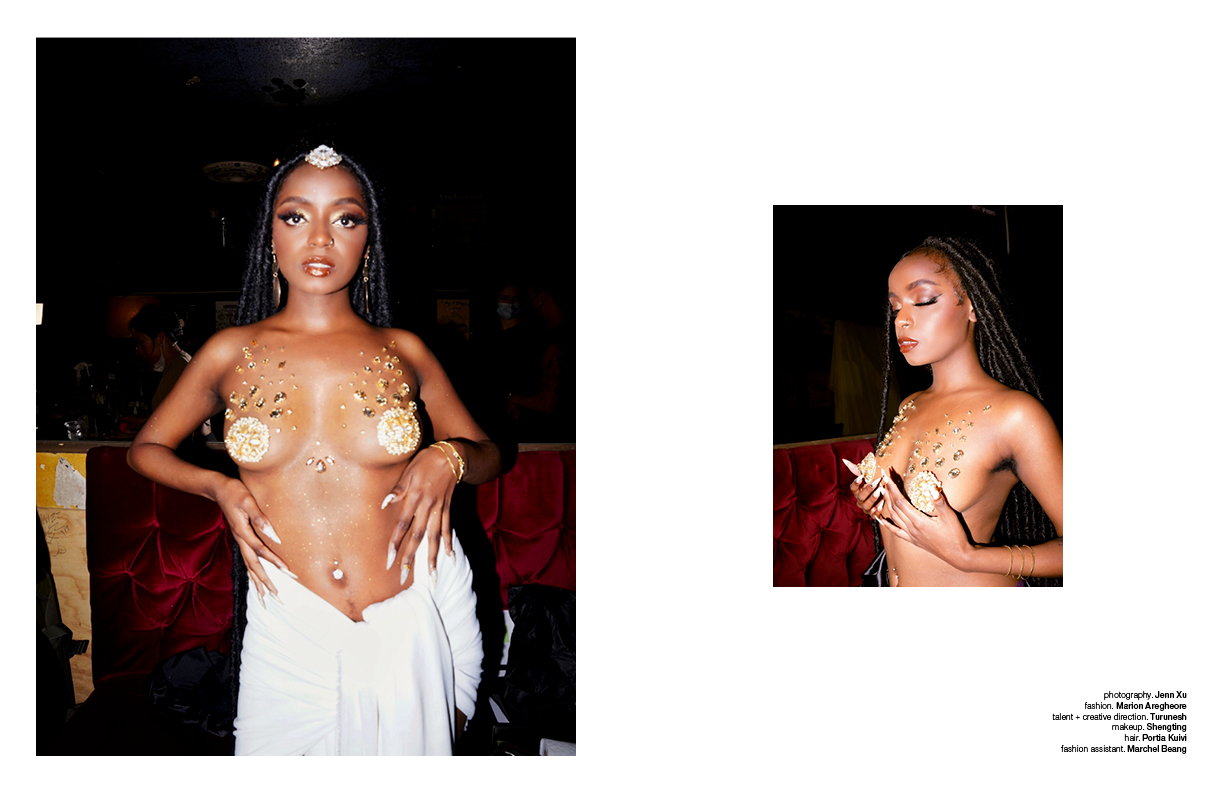 Turunesh’s latest music video, Coco Marijuana, is a mosaic of her feminist values and the traditional melodies of the Swahili Taarab music that inspires her. Directed by rising Australian director Sebastian Hill-Esbrand, Coco Marijuana explores indigenous beliefs around female sexuality and the role of women in traditional African societies. The music video depicts a traditional unyago ceremony – a Swahili ritual to celebrate the coming of age of women—with a modern twist. Hill-Esbrand explains that “to sway the lines of sensuality and be authentic to the ritualistic properties of the [unyago] ceremony, we created a sensual choreography” that is central to the music video, one that would emphasise the restoration of beauty and ownership of one’s sexuality. As such, Turunesh’s innovatively creative work leans on a pledge to Pan-Africanism and African Feminism, unlike any other African artist in the scene right now.