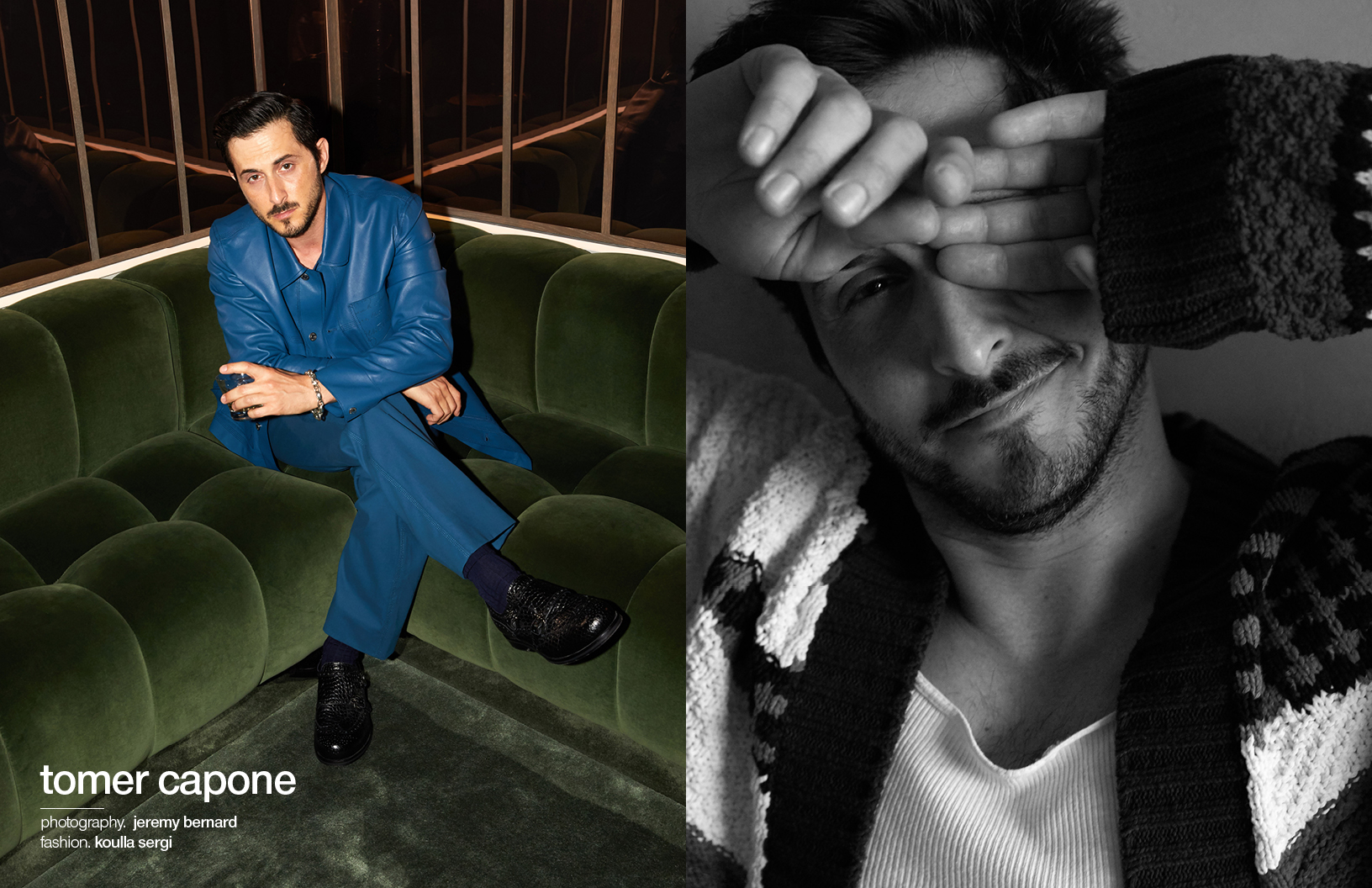 On paper, The Boys is a show about superheroes and vigilantes — but as its many fans know, the Prime Video series is really about — and has the magic of — ordinary people in extraordinary situations. Tomer Capone plays Frenchie, a fan-favourite badass vigilante who carries his heart on his sleeve. In this Schön! online interview, he tells us about his on-set experience, what goes on behind the scenes and the parallels between his life and the reality of The Boys.

Season three of The Boys is almost entirely out, and fans are losing their minds! How does it feel to experience all this excitement for something that you worked so hard on for a whole year?

It feels amazing. At the end of the day, we are a group of people that really, really love what we do…There was a sense of music in the air when the four of us were together in those couple of first days [in season one]. We really dug each other as people too, and then the Supes came in, we all got to know each other, and before I knew it, it became this massive thing… It belongs to everyone, and I’m just happy that the audience can relate to it like this. It’s really hard work, and it just feels like we are rewarded right now with all the love we’re getting. 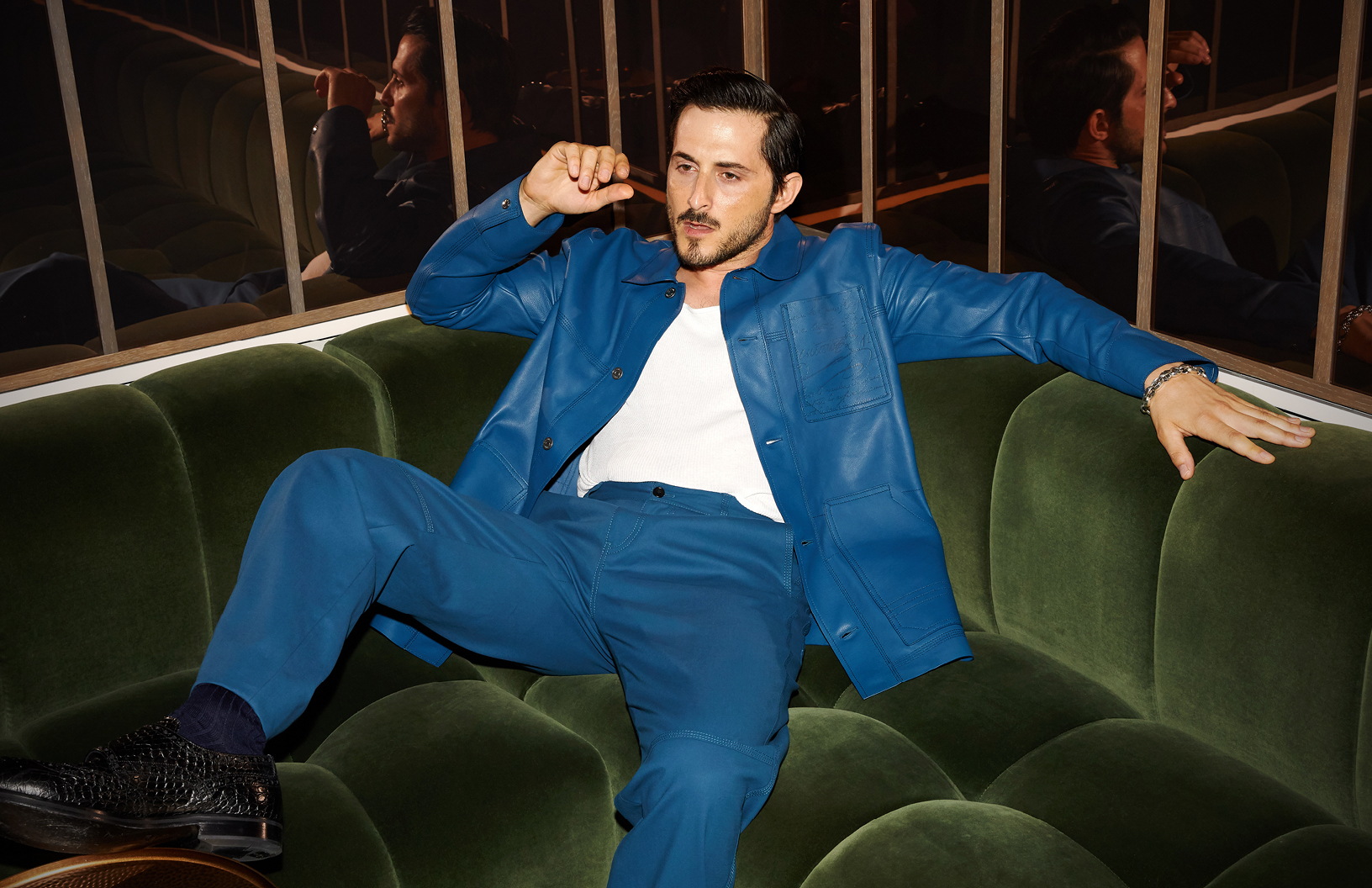 Congratulations on the fourth season announcement! You said that since the first day, you knew there was something special there, but did you expect to receive this level of attention and love?

No, because you never know, but I did get a sense. When I read the first episode, the very first script, I was like, ‘what the hell is that? This could be the most successful thing in the world, or it could be the biggest failure… There’s no in-between.’ I was amazed by how [the writers] can take a cast of 12 unique characters and go deep with every single one, on top of the crazy action scenes and the gore and the blood and all that. And then obviously when you shoot it, you just immerse yourself in this crazy world and you just try to be as authentic and connected as you can to your own character and the other cast members’ characters. I remember us always having talks about how we wanted it to be as grounded as possible… That’s what I think helps the audience digest the special effects, too.

This project is a big ass ship navigated by Eric Kripke, who — I know everybody says it and I say it over and over again, but he deserves so much more of the credit than any of us can give him. I mean, this guy just knows how to collect a bunch of talented, amazing people who work and fit together perfectly. That’s a captain’s job, and he’s the true captain. 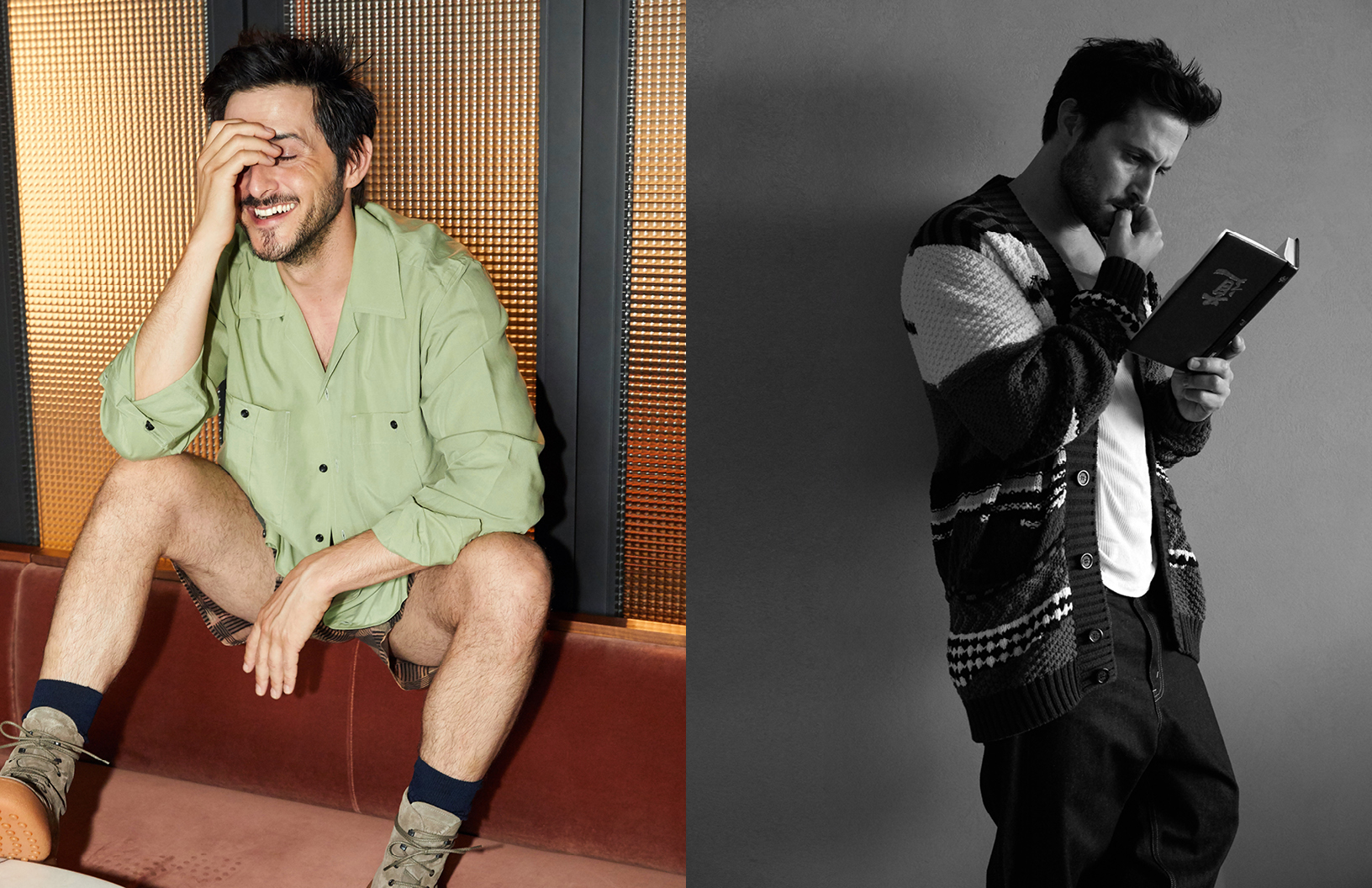 There are many moments of relatability for such a supernatural show. Did you feel a connection to your life while reading the script?

As a performer, as an actor, you want to be in a project that has something to say more than just being cool or beautiful. You want to be a part of something that is kicking, that is awake, that is talking about, or poking the soft belly that everybody’s dealing with, but ignoring it because it’s way too crazy — which it is. And there’s something very strong for me as someone who deeply cares about and is afraid of everything that’s going on with extremists all over the world. I’m happy to be a part of a project that brings that out in this remarkable way. I don’t know if a lot of people would care about [these issues] or would put thought into them in their daily life, because everything is so fast and so hectic, so I’m glad we have this tray to serve it up in a way that everyone can digest.

We’re sure you had to train and get into a very “French mindset” to play this role. Apart from actual acting training, what kind of French content did you consume to learn all these mannerisms as well as you did?

That’s a big part of it, because obviously my character is called Frenchie — but to be honest, that wasn’t the thing that scared me the most coming in to portray him… At the end of the day, Frenchie is a full-on character, from the way he looks, the way he walks, the way he talks, his hand movements, his facial expression, and all that. I kind of drew him out of a lot of conversations with Eric Kripke, by thoroughly studying the comic books — which are crazy good, by the way. I was so happy that in every issue in the comic book, Frenchie is drawn completely differently, which gave me the possibility to just play with it and make it my own.

By now, I’m happy to say that I feel very comfortable with him. As for the French part of the character, you know, I’m a foreigner myself and English is not my native language. I come from a different side of the world with different views and ways of thinking and a different way of approaching things, even acting. So all those things together, you kind of let them sink in. Just a small example is Frenchie’s facial expression. That’s a decision that I took on the first day just because — to be honest, I was in a scene where Butcher and Hughie come to visit me for the first time. They were talking to each other and I, as myself, didn’t quite understand what they were saying. My English is not amazing. Those special facial expressions came out naturally, and I thought they were perfect for Frenchie. 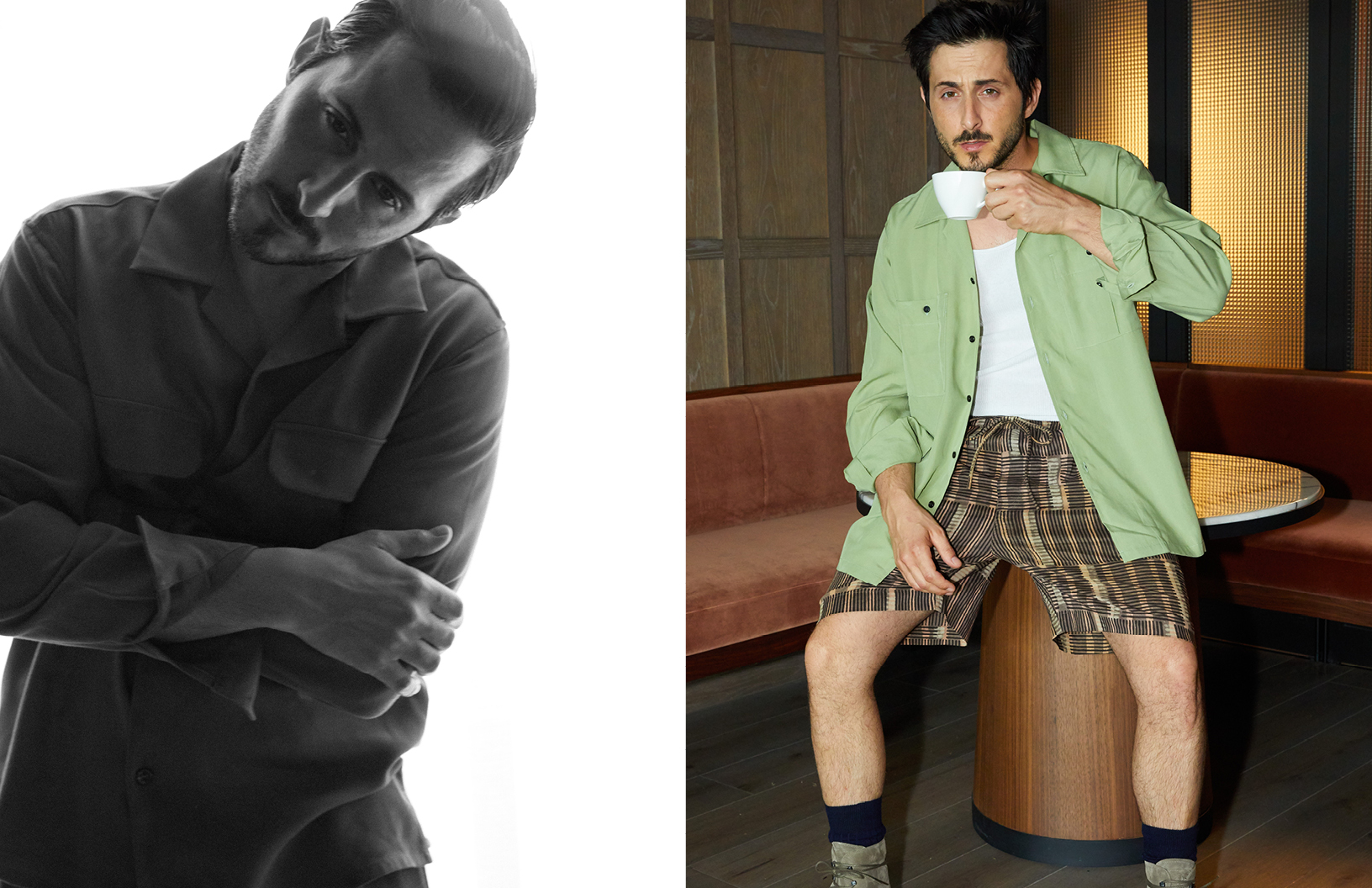 All the special effects on the show are fantastic, and some of the scenes are pretty disturbing. What is it like being in the background of all that and watching it happen?

I’m always curious to see what all the crazy scenes that I read in the script are going to look like in real life. Like, ‘What the hell? how?’ The sets never cease to amaze me. I will never forget driving to a lake somewhere in Toronto, and this gigantic shade suddenly covering my car. I look up, and I see a 550-pound animatronic whale on the beach! Let’s say it — a lot of the show is about the guys who are standing behind the camera. We have the most amazing departments with people that are just — it’s rare. It’s not every day that you get to work on a project and you go like, ‘oh my God, I’m a fan of the art people, I’m a fan of CGI department, I’m a fan of the wardrobe, of makeup, I’m a fan of aesthetics’.

In this season we see Kimiko and Frenchie’s relationship develop, and most importantly, they can now communicate much more easily. Do you think it’s important that we see more communication through sign language on TV?

We ended season two with Kimiko teaching Frenchie sign language. I was so excited because I told Karen, ‘now they’re really gonna communicate.’ When I first read the script, Frenchie signed a little bit, but not as much as I wanted him to. I told Eric I would like to add as much signing as possible, and he was like, ‘right on, we should definitely do it’. So, yes, to your question, I think it’s very important — and moreso, I think it’s beautiful. The signing creates this organic silence for a second in the middle of all the craziness. I remember watching it with some of my friends, and when we had the latest signing in episode five when Kimiko wants to go, I remember everyone kind of moved back in their seats a little bit. There’s something so beautiful about it. 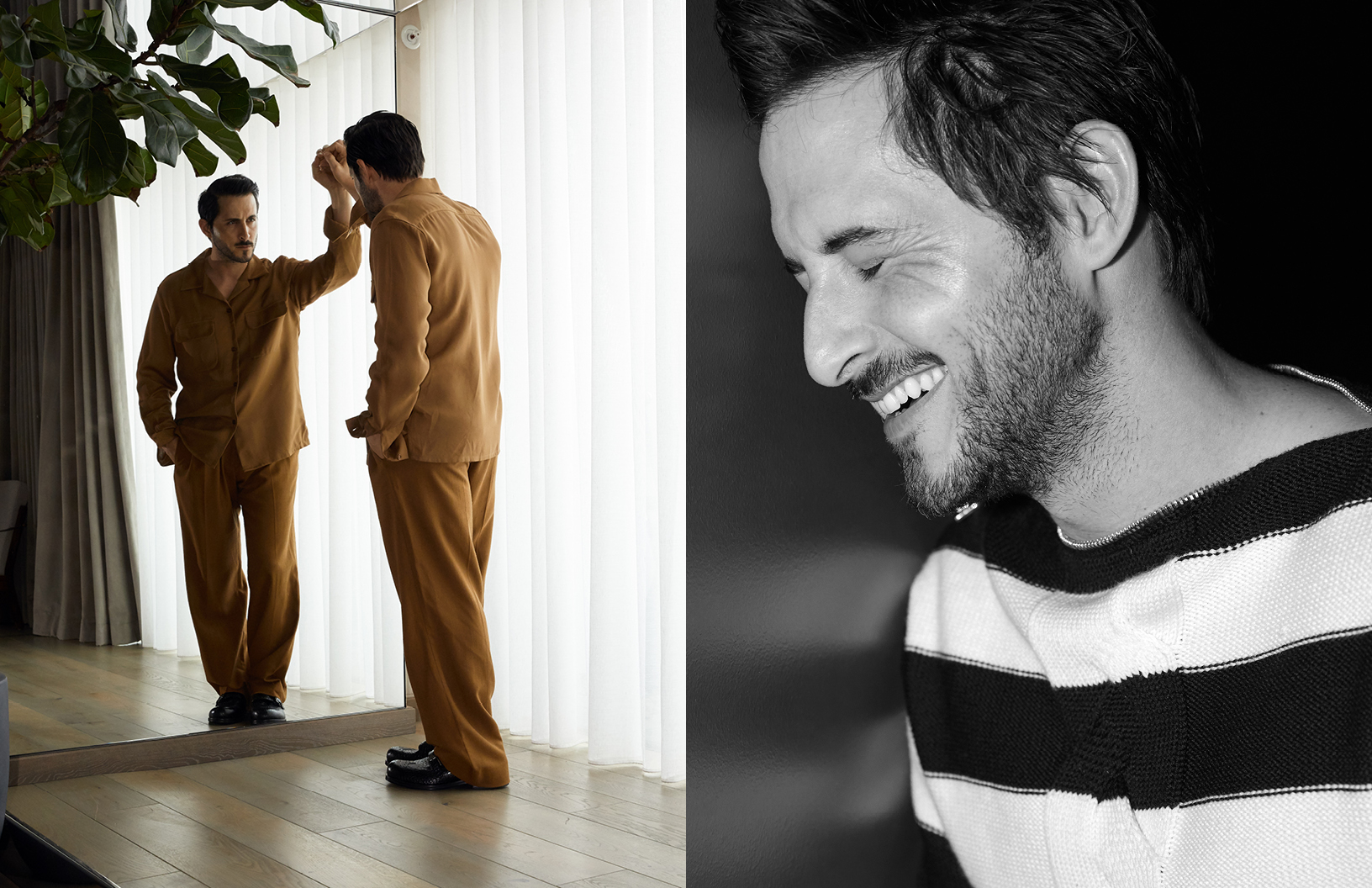 You had a musical, very Bollywood moment with Kimiko in Season 3. How much practicing did that take?

I can jiggle and wiggle, but I wouldn’t call it dancing. I do love to move and I do love to be crazy in my own home where nobody’s watching — but no, that was a completely different scenario.  It’s a complete choreography. It’s like, the whole hospital set comes on the beds and joins it. It’s amazing. I was very shocked. It came out of nowhere. Preparation for that was just something. It was unbelievable.

What is one memory or one thing that you’ll never forget that happened while being on the set of The Boys?

Now what comes to mind just when we shot the whale scene…We were all seasick; Karl [Urban] drove the boat, and it was crazy. And then I remember the director said, ‘maybe we’ll do another one, another round after,’ and so on. We filmed for 10 hours. We wanted to do it, we were into it — but then we looked down, and the boat was sinking. There was a hole in the boat!

What else? I think for me, the thing I’ll always remember is winning the Backgammon tournament that happened behind the scenes. I would love to push my cast members, my friends, and my brothers [to play]… I won the grand finale tournament, which is a big deal, because that’s a big part of The Boys‘ back end.

How does it feel to go from a somewhat tight-knit acting community in Israel to Hollywood? What are some ups and downs you’ve experienced while going through this transition?

The road was long and hard. It looks like it was all a big coincidence, but it wasn’t. In a way, I always manifested myself playing for the best teams with the best people. At the end of the day, it all narrows down to the group, your group of people; either it’s something or it doesn’t. It felt like sports for me, like I got drafted to an advanced team or something. For me, it wasn’t like acting was a long-life dream or a childhood dream. It was like a beautiful accident — and you know, that is how I live my life, I roll with the punches. 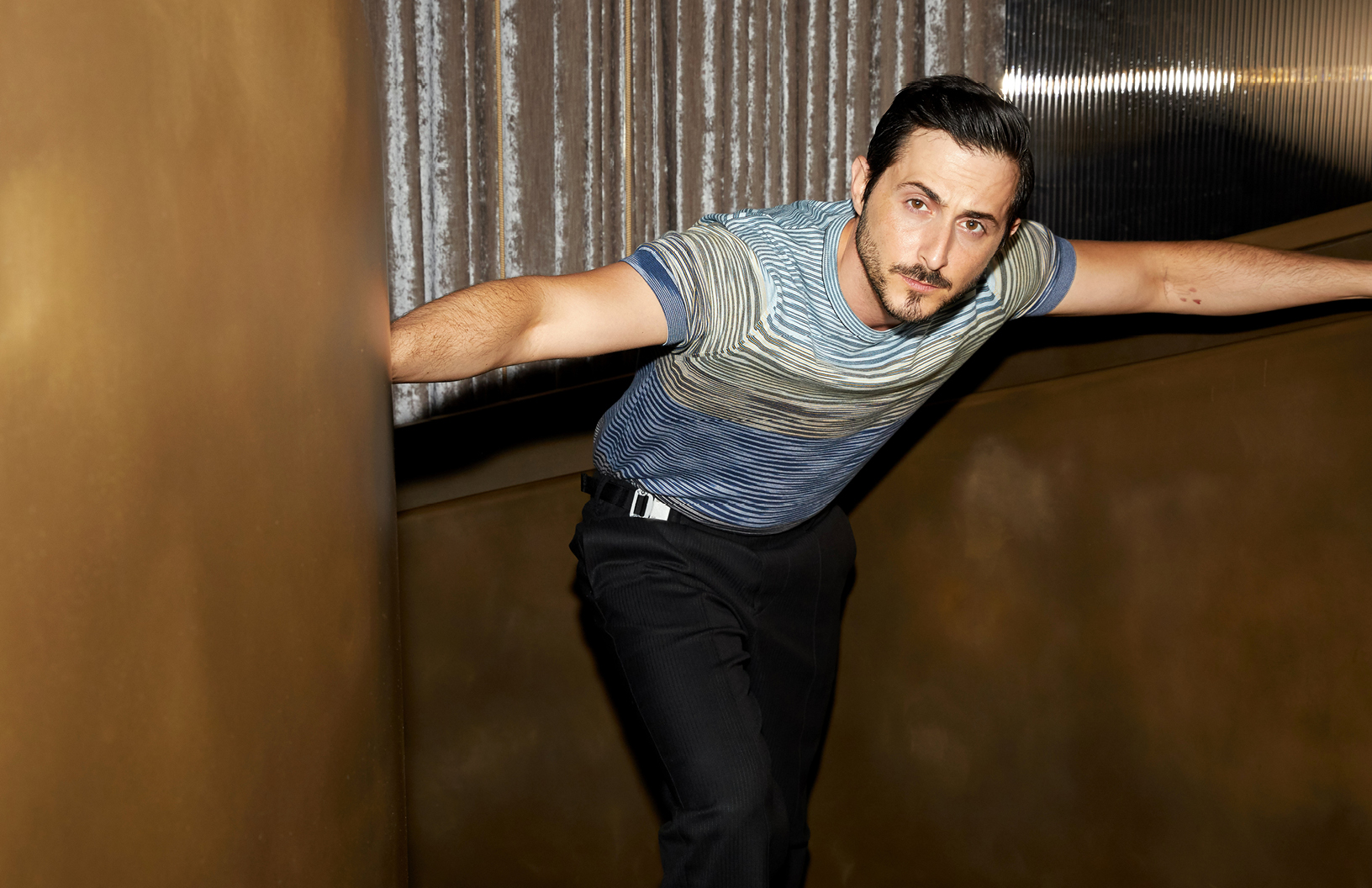 You had an important military role when you were younger. What did that experience teach you about how to navigate your acting career, or just life in general?

The only thing I can say about that is I wish we wouldn’t have to have any armies or any kind of defense offense systems in the world. What it did to me was one of the most profound experiences of my life. On one hand, it took my body, soul and mind to places I never thought that I could reach or survive. It made me into someone who is very open-minded, in a way, and very curious and compassionate. On the other side of the coin, it just made me realise that, unfortunately, it’s all connected to political bullshit, which is something that depresses me daily. Coincidently, that’s also kind of what The Boys is all about.

Apart from The Boys, what does your career look like in the future?

In a million years, if you told me I was gonna play a French guy in the biggest show on the planet at some point in my life, I would’ve joked and said ‘somebody is tricking me’. I’m just rolling with the punches, man, and I’m happy to be wherever the best team needs me. And in a way, more than anything, I want to be happier and healthier and just richer in terms of spirituality and family. 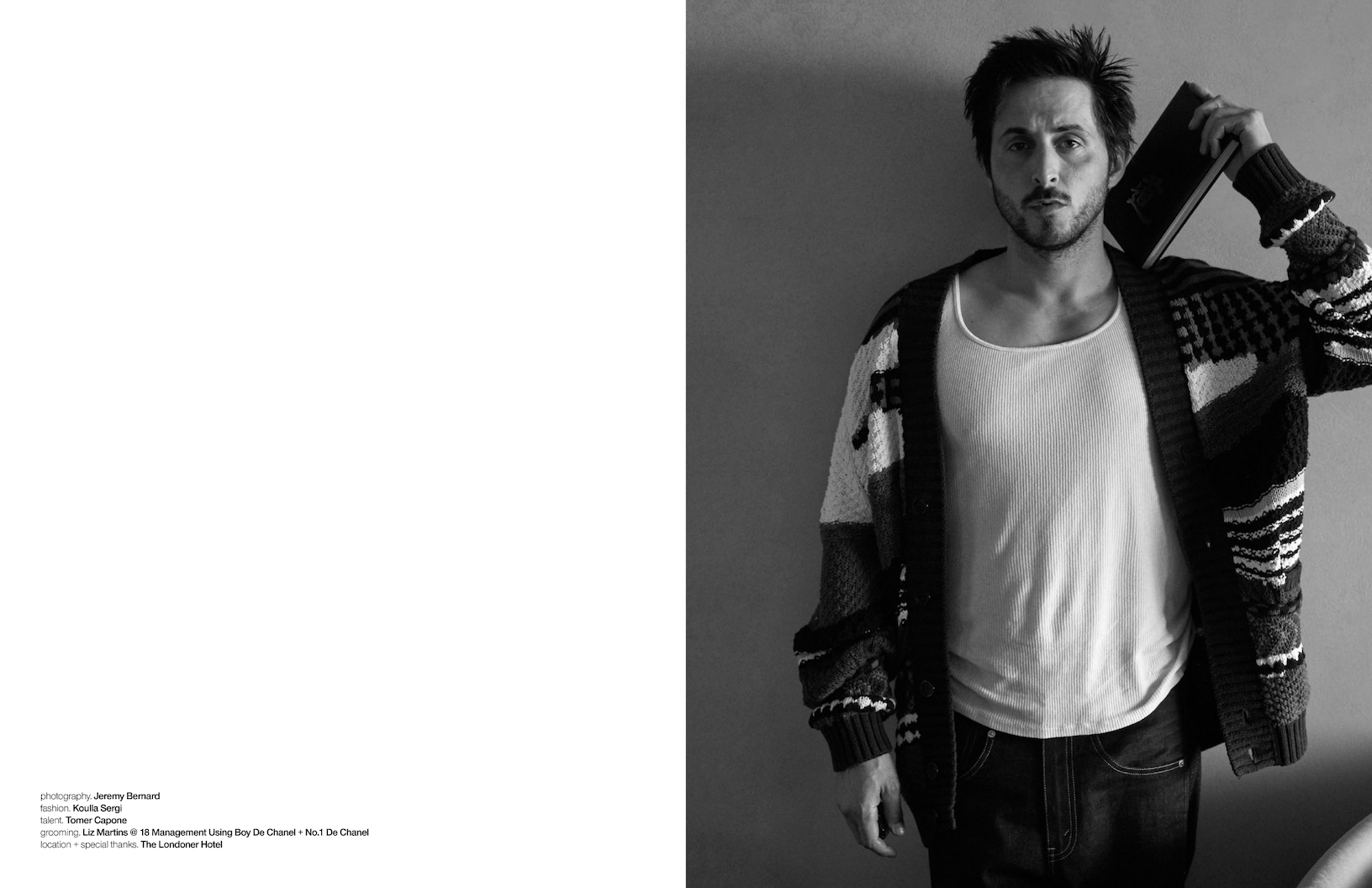 The Boys is currently streaming on Prime Video.