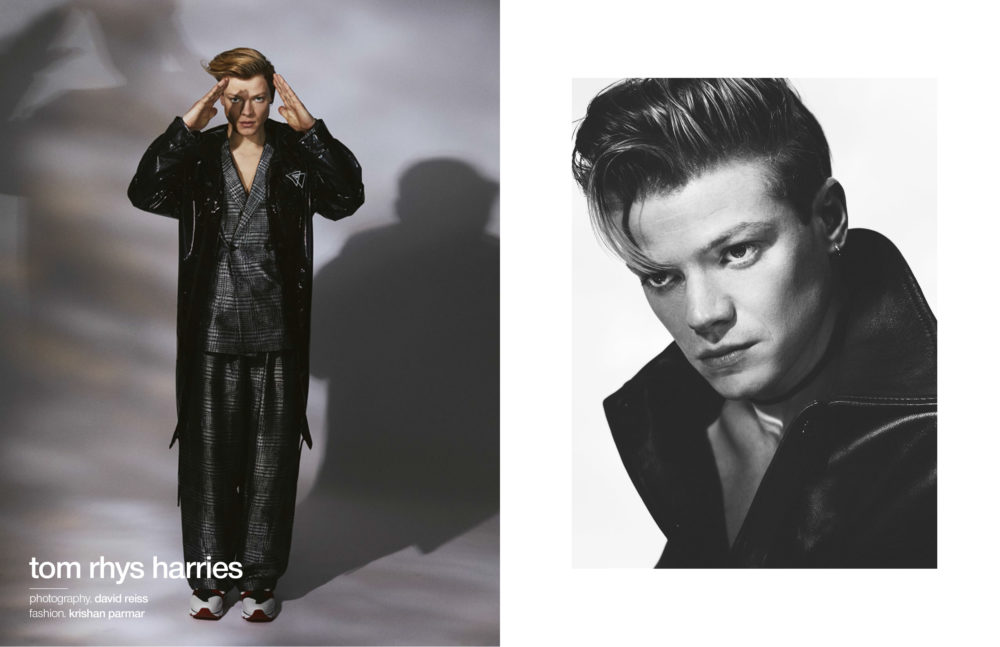 Tom Rhys Harries may not be a renowned DJ like his character on Netflix’s upcoming series White Lines, but his love of music is clear — and it’s a window into how he approaches his manifold roles. As an actor, Harries moves seamlessly from the screen to the stage, taking on deep and challenging roles across a range of genres and styles. This year will continue that trend, with Netflix releasing White Lines and Harries — hopefully — returning to the West End as Trigorin in Chekov’s The Seagull following delays due to the spread of COVID-19.

Keeping with social distancing rules, Schön! wrote to Harries to discover more about his character in White Lines and discuss how theatre can approach crises like coronavirus. Here are his responses.

We know you were introduced to acting through music. How does music shape your life today, both inside and outside the acting world?

I make playlists for everything. It feels like a documentation/decoration of time, and I find music a great trigger to recall a mood or place, whether that’s to do with a certain character I’m playing or my day to day life. When I was younger I’d go around Cardiff listening to film soundtracks and pretend I was in a Truman Show-type situation. I found that made my paper round less mundane. I’m listening to Luniz’ “I Got 5 On It” right now and pretending this questionnaire is some covert hacking op and I’ve got to extrapolate the shit from the computer before the track ends. 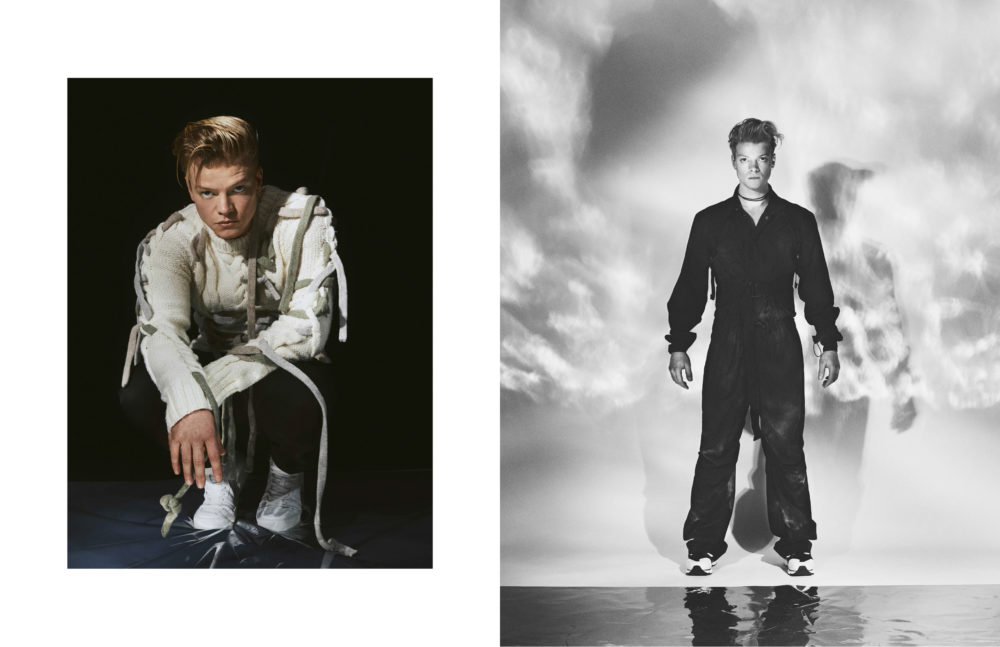 We know you were introduced to acting through music. How does music shape your life today, both inside and outside the acting world?

I make playlists for everything. It feels like a documentation/decoration of time, and I find music a great trigger to recall a mood or place, whether that’s to do with a certain character I’m playing or my day to day life. When I was younger I’d go around Cardiff listening to film soundtracks and pretend I was in a Truman Show-type situation. I found that made my paper round less mundane. I’m listening to Luniz’ “I Got Five On It” right now and pretending this questionnaire is some covert hacking op and I’ve got to extrapolate the shit from the computer before the track ends.

You now frequent both the stage and screen. What about live performance keeps you coming back?

I started out on stage, and it’s where I feel most creatively engaged and free. I love the rehearsal time we get when preparing a play and having the space to fuck up, try things that might not work and root a character’s foundations. You tend not to get that time with film or tv. I like prepping holistically with the straightforward aim of aiding a connection to the character. With that in mind, prep can be anything — I tend to use music, find art, source excerpts from appropriate texts and doodle all over my rehearsal scripts. They look like a complete mess by the end of a project. If movies are a director’s medium and TV a writer’s, stage is the actor’s. However. I think all forms supplement one another — it’s not a one way street.

Turning to the screen, you’re in the upcoming Netflix series White Lines. What can you tell us about your role in that?

I play Axel Collins, a superstar DJ from Manchester in the 90s. The series starts in 2020 with my character’s body being found in the desert in mainland Spain. I’ve been missing for 20 years and this discovery kicks off a journey for Axel’s sister in discovering the circumstances of his death. We jump between present day and the 90s, and throughout the show we unwrap the who, what and why of Axel’s death. The big DJ set night sequences we shot were so dope. We’d have 800 plus supporting artists in the crowd, and the Spanish crew and SA’s would just let rip. I’d always get a real buzz from those days. 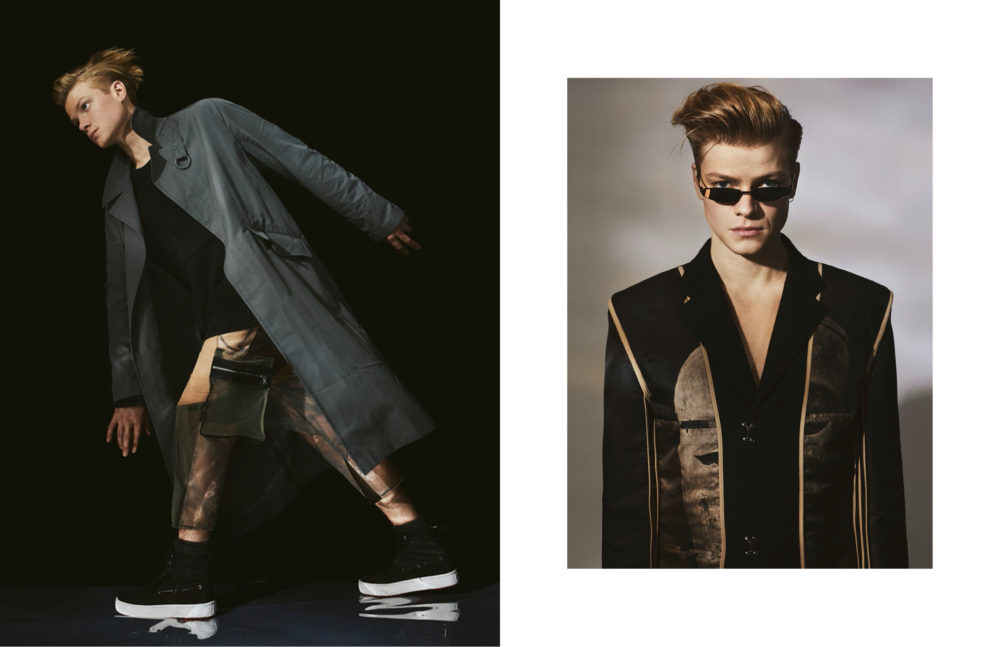 What did your preparation for White Lines look like?

I had about seven weeks to prepare and undertook a load of physical training that I thought was appropriate for getting into Axel’s skin. I learnt how to mix on traditional 90s Record Decks and worked with my dialect coach specifically trying to get that specific 90s Mancunian twang. I spent a lot of time watching Noel and Liam when they were younger. That accent in that time period is so defiant; it has a ton of attitude and character.

You’re also on the Sky Atlantic series Britannia. What first drew you to that role?

That’s a good example of stage and TV crossfading that I’ve experienced. One of the first plays I did was Mojo, which was written by Jez Butterworth, who also wrote Britannia. He is without a doubt in my mind one of our best living playwrights. I’m sure anyone who saw his play Jerusalem will attest to this, so when he asked me in for Britannia some six years after we’d worked together initially on Mojo, I wasn’t going to say no to him.

What’s your favourite aspect of working on television as opposed to stage acting?

I love the different departments on set and behind the scenes. As a screen actor, you’re one part of a massive machine, so there’s a real exciting aspect of collaboration when it all fits into place. I also really enjoy the different stages of shooting a tv show — audition, table read, fittings — then you often get to work in places you might never have got to explore otherwise and eventually wrap on production. Then the whole final process of editing kicks off and we step back. It’s like it’s in the oven and we get to see if the cakes baked properly some seven months after we’d all been mixing it up.

Do you think it’s important that actors have some stage experience? Why or why not?

It depends on what they want out of their career. Some of our best screen actors haven’t stepped foot on stage, and we’ve got some bangin’ stage actors in the UK who haven’t done much screen work. I get a very different kick from both — they’re different disciplines but I find they supplement one another. 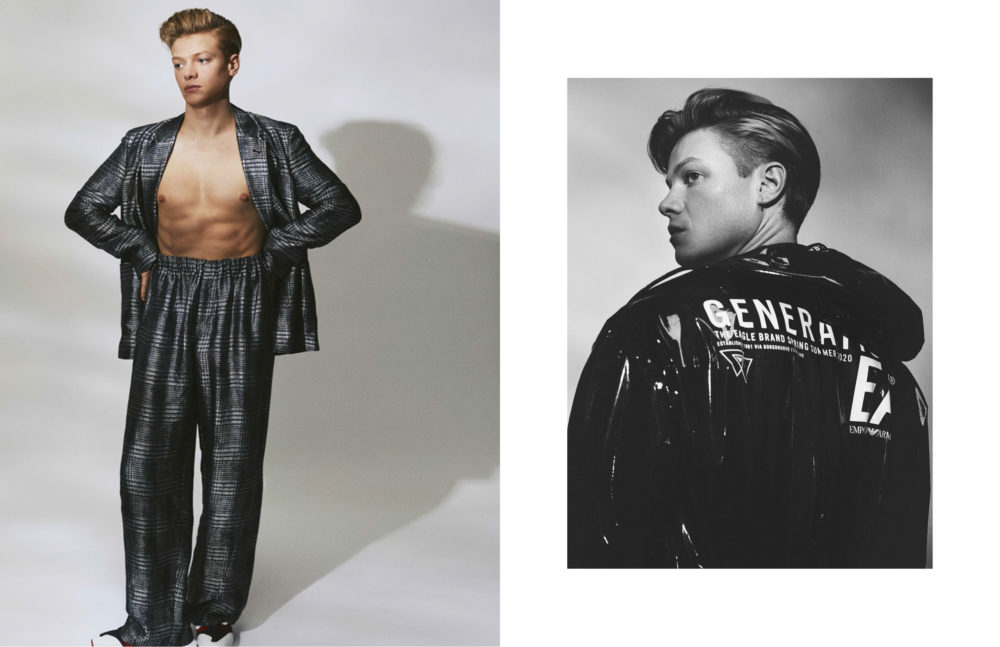 Your work on The Seagull was cut short due to the coronavirus. How do you think the theatre world can respond to tragic and widespread events like this current viral outbreak?

At the time of writing, we as a company and production are holding hope that we will be able to come back and put the play on at some point in the future. However, the global community is in the midst of a crisis the likes of which we’ve not seen in a generation, with the real cost being human life. Who knows when certain restrictions will be lifted. We collectively have to ride this out, but like everything, this will pass. I’m concerned about the entertainment sector’s ability to recover financially from this, particularly theatre, whilst feeling passionately that there is a real unifying communion to be found in storytelling, which can be very healing. This also applies to sport and music too. You wonder how far away we are from being amongst a crowd of people again — I already miss that. If nothing else, the situation with Covid-19 brings perspective and makes certain preoccupations we may have had before seem trivial. We have to take it one day at a time, take care of our loved ones, appreciate how lucky we had been and do our duty to protect our healthcare services and workers to the best of our individual ability right now.

When the situation returns to normal, are there any theatrical roles you’d like to play but haven’t yet? What are they and why?

I want to work with Steppenwolf on anything. I remember watching August: Osage County when it came to London, and it still stands up as one of the best pieces of theatre I’ve ever seen. Tracy Letts is pretty special, John Malkovich and Laurie Metcalf are amongst a group of the company’s establishing members, and the work produced by them is very up my street. I’d also like to go study clowning at Le Coq in Paris at some point.

What tips do you have for beginning actors trying to bridge the worlds of stage and screen today?

This is a John Baldessari quote: A) Talent is cheap, B) You have to be possessed, which you can’t will, C) Be at the right place at the right time. Try as you might, so much of this game is out of your hands. Best you can do is get on the train.

On a non-performance weekend, where would we be most likely to find you?

Doing a quiz on HouseParty or Zoom. Making dank beats with friends and just straight up shooting the boot, I guess. 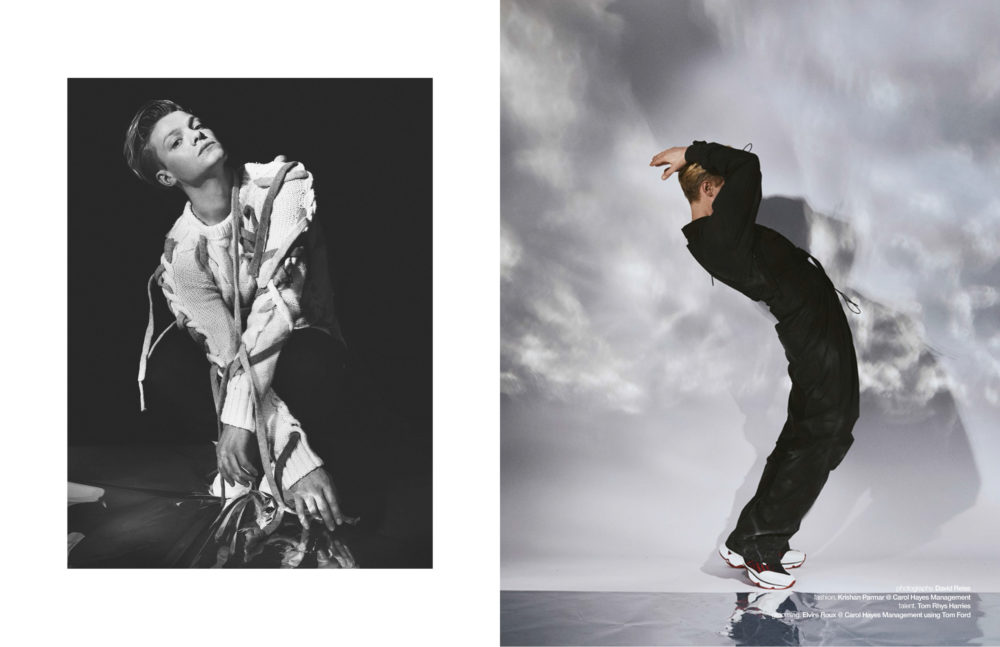 ‘White Lines’ premieres on Netflix on May 15. Watch the trailer here.