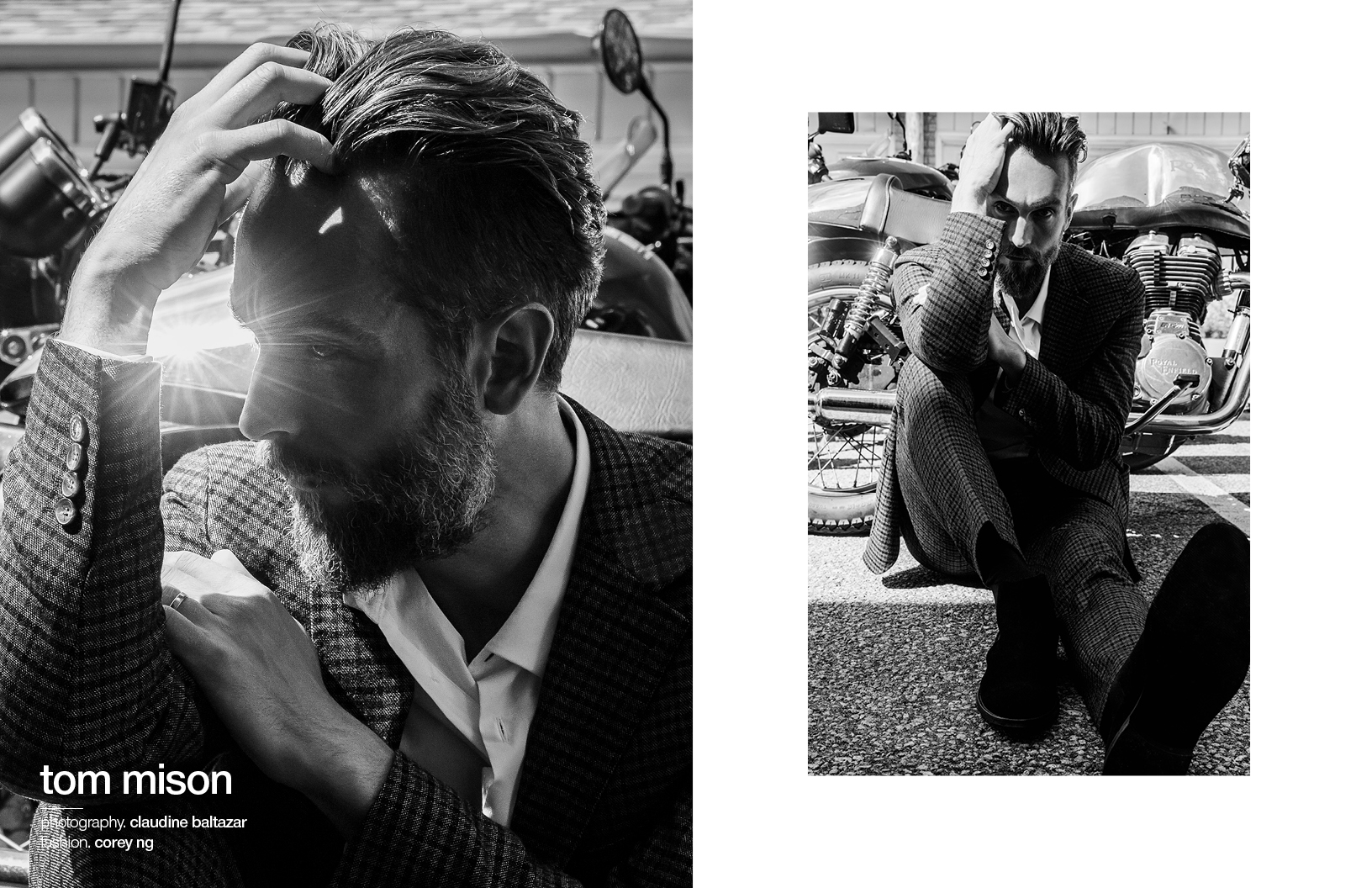 Tom Mison is no stranger to deeply imagined stories. From his role as the legendary Ichabod Crane in the supernatural drama Sleepy Hollow to troublemaker Lord Harlan in Apple TV+’s See, Mison’s characters often exist in vibrant, fictive realms. Mison’s mercurial Lord Harlan adds zest to See’s second season, as he often goes head-to-head with Jason Momoa’s formidable Baba Voss. As Mison notes, season two includes a lot of ramming and head-smashing – you’ll just have to see it for yourself. Schön! connected with Mison to discuss scene partners, the third season of See and the power of dreaming.

Congratulations on the premiere of See’s second season! What initially drew you to See?

It was a type of part I’ve never played before. That’s always what attracts me to work. I want to stretch my imagination and use it to find characters that are new to me. I’ve given some pretty bad performances before when I couldn’t do that — early in my career, when you’re only required to stand on your mark, say the lines and go home. There’s a skill to doing that and have it be engaging, which I admit I don’t have! I admire and envy those who can. I’m pleased those days are behind me, and I’m in the fortunate position to be able to wait for the parts like this one that excite me more.

Can you introduce our readers to your character, Lord Harlan?

A former smuggler who grafted his way up to be lord of his own city. He has the brain of a politician and a crook, and gets a kick out of finding his way out of trouble. You never know whose side he’s on, and allegiances probably change by the hour. I hope it’s an exciting balance to watch.

See considers a world without sight. How did you prepare for the role of Lord Harlan, who, like many of the characters in See, is blind?

A lot of work with the brilliant Joe Strechay, who is our blindness consultant. He worked with all of us to not only teach the practicalities of living without sight, but also to iron out some of the movie clichés about what people who are blind do. We all desperately want the show to be respectful of the blind community, who are underrepresented on screen, and every day Joe is instrumental in our doing that. 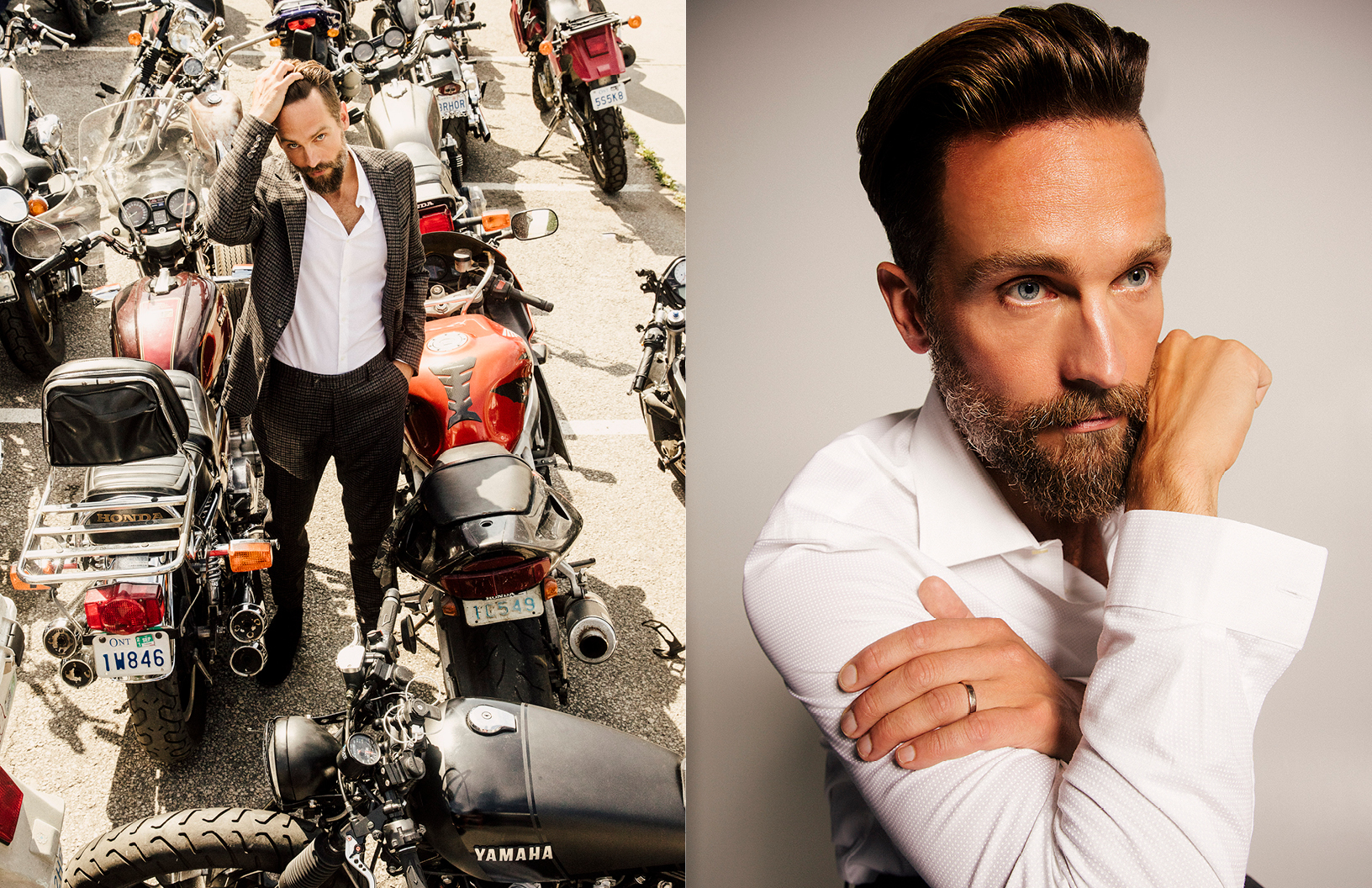 Lord Harlan is disruptive and charming; what attracted you to this role?

Exactly that. He’s disruptive and charming, and you never really know which of those you’re going to get. Or which, if either, is real. He’s like a chimp at the zoo, reaching through the bars to you, and you don’t know whether it wants to shake your hand or throw shit at your head.

In season two, Lord Harlan goes head-to-head with Jason Momoa’s formidable Baba Voss. What was it like sparring with Momoa’s character?

Jason’s so much fun to play with. He’s such a powerful force, and generous enough to explore if you step up to the plate. I can’t think of another time I’ve worked with someone so physically engaging, and in a show where we need to connect in ways beyond throwing looks, physicality becomes even more important. Scenes become a kind of dance. Or, with him, like two rams rearing up to smash their heads together. Loved it.

You’re the only new series regular. What was it like joining the cast on set in Canada?

They’d done all the hard work of creating the world of the show, so I was able to come in and kick down their sandcastle. Most of my work was with Hera, Sylvia and Jason, all of whom I love very much and were very welcoming.

What was your favorite moment as Lord Harlan?

The first scene I shot was the drunk scene after Baba finds out Harlan married his wife. Catching a glimpse of Jason trying to cover his giggling by hiding behind the infinitely more professional Hera was an early indication that I was going to love working with both of them, so that has to be a favourite. Plus, my wife said I look hot in that scene, so…

What should we expect for the rest of season two? 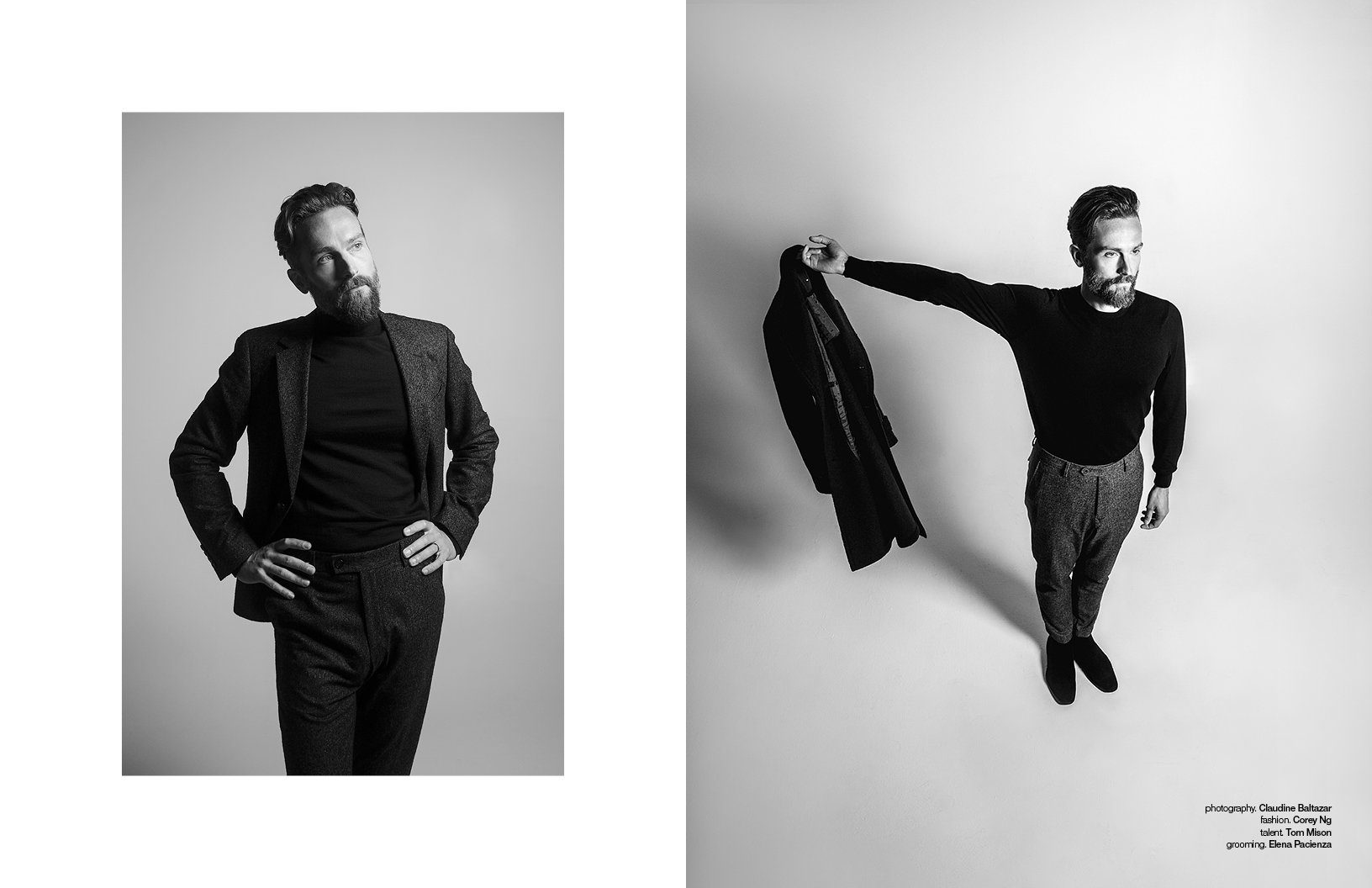 The show was recently renewed for a third series. What hopes do you have for the story moving forward?

We’ve nearly finished shooting it! It wasn’t at all the direction I expected for Harlan, so it was about exploring a new side to him that we haven’t seen. I guess my only hope is that the audience is into it!

You starred in the supernatural drama Sleepy Hollow as Ichabod Crane. See is a science fiction drama. What draws you to such deeply imaginative stories?

I suspect for the same reason audiences are drawn to them. For so many of us, we’re told from a young age to grow up. But what does that actually mean? Typically it means stop playing about — which typically means stop being imaginative. But why?! It doesn’t matter who you are or what job you do; everything benefits from your ability to use your imagination. Dreaming and playing makes everyone happier, more productive, and more empathetic.

You’re a classically-trained actor with roots in the theatre. Do you imagine a return to the stage anytime soon?

Yes, I miss it a lot and feel I need it again. I’ll go as soon as I’m offered something!

In Watchmen, you often acted alongside Jeremy Irons. What is it like working with other renowned actors?

I never really think about it. We all turn up to do a job, and hope that we’re working with someone who wants to be creative with us.

What in your life are you looking forward to most?

Right now all I’m looking forward to is getting back to London to play with my son and cook a nice meal for my wife. Beyond that is an exciting mystery.