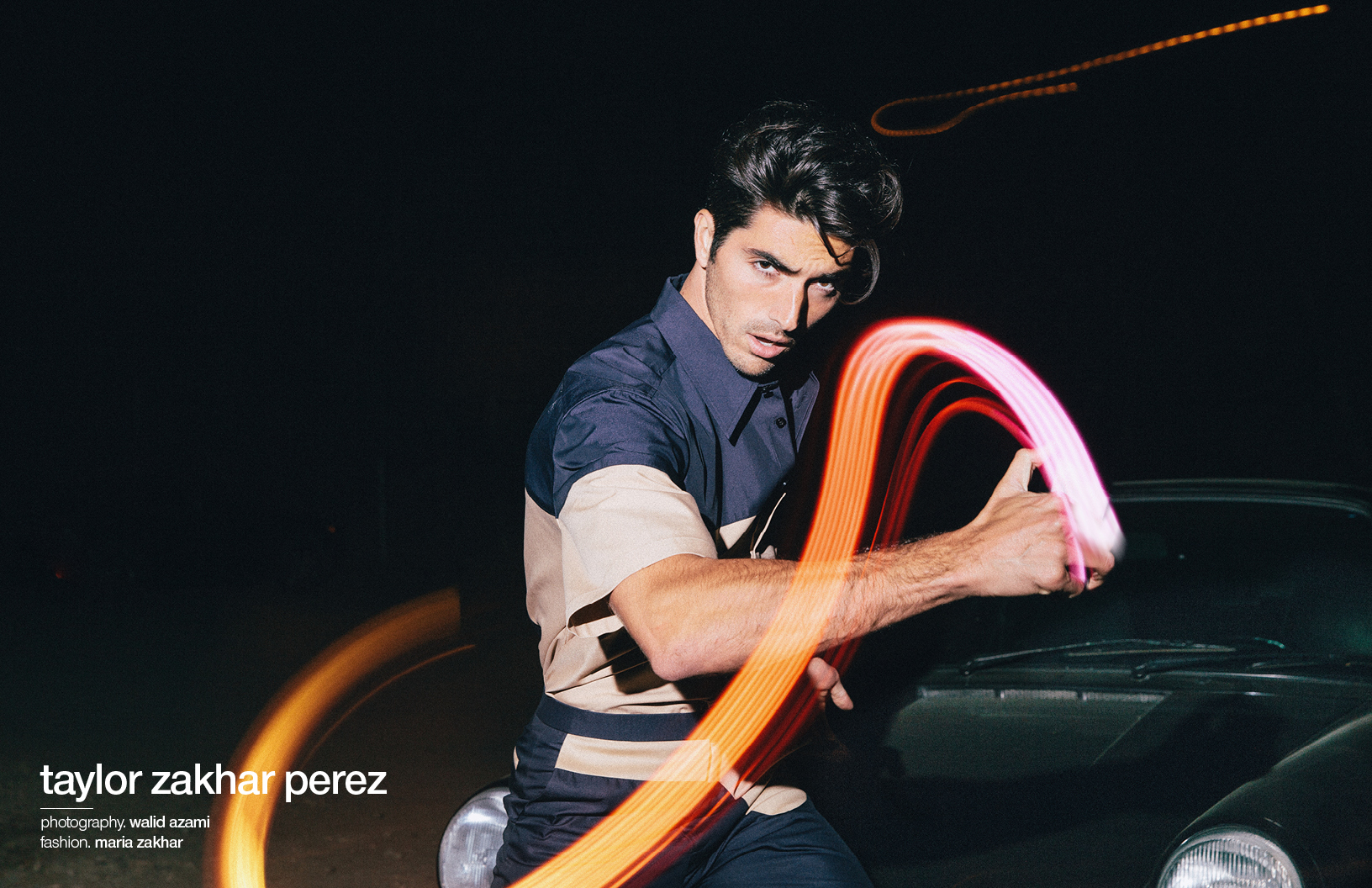 He’s probably already all over your timeline, but get ready to see a lot more of Taylor Zakhar Perez. Netflix’s The Kissing Booth 2, the actor’s most recent project, has already proven to be a smash hit, with a third entry to the series announced for next year and Perez himself emerging as a talent-rich actor to watch. The movie has only been out for a little bit over a week but his Instagram followers have already gone from 60K to over 3 million. For now, Perez is enjoying the fanfare, even if reminding him of it makes him a little uncomfortable. “I’m the most awkward guy when it comes to people giving me compliments about the way I look,” Perez laughs. “I was born this way! I had no control over it!”

Based in Hollywood, Perez had been a presence in the acting world for a number of years before landing The Kissing Booth 2. He had featured on Scandal in 2018, and way back in 2012, he made a brief appearance on the show iCarly. When the script for The Kissing Booth 2 landed in his mailbox, he confesses he never could have predicted what was coming.

“I’ll be honest, I had no idea what The Kissing Booth was in the initial three appointments. It was my first audition of the year, and I was just like, ‘Oh, this looks cool.’” In a way, he says, not having knowledge of the original alleviated him of sequel pressure. “Usually you assign some type of excitement or worth or meaning to sequels — like, ‘oh my god, I have to do great in this,’” he notes. “But I just said fuck it. I’m going to do the best that I can, and I’m going to have fun with this.” 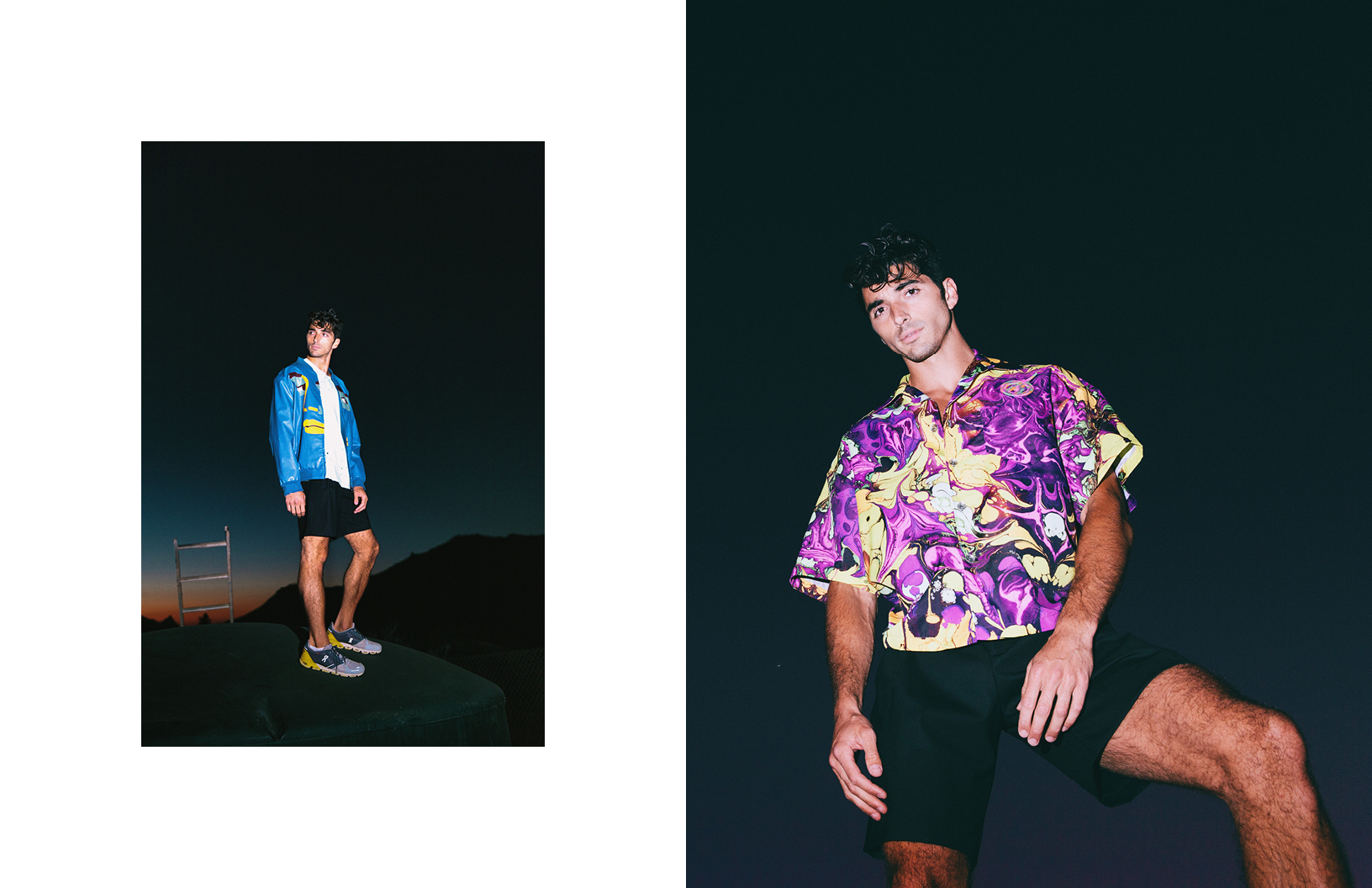 After a long series of callbacks, Perez finally nabbed the role. “My first thought was, seriously, ‘I hope that my castmates are as cool as they are in the movie,’” he remembers. “Joey and Joel are nothing but amazing when you watch them on screen, and when I met them, they were so accepting and fun and wanting to collaborate. We became each other’s champions very quickly.”

But becoming Marco Valentin Peña, a.k.a. “M.V.P.”, was a time-consuming process. Being the “hunk” was well-trodden territory for Perez — “a lot of the roles I go out for are ‘jock’ or ‘the handsome, could be a model’ kind of guy,’” he admits with a self-effacing laugh — yet The Kissing Booth 2 called on the actor to leave his comfort zone over and over again. Step one: He had to learn guitar.

“Hell no. I had no idea,” Perez says of his guitar playing abilities. “When I was growing up, I played piano and my sister played violin. My parents would make us come into the living room and play together, and we hated it. It was like when your parents are like, ‘Dance for grandma!’ You’re like, ‘Oh my god.’” With the help of Greg Camp, previously known for his work with Smash Mouth, Perez slowly picked up the instrument, eventually performing in the film with his pseudo-band Lekker Lizards. “[Greg] made me feel at ease,” he recalls. “Plus, Smash Mouth was one of my favourite bands growing up. C’mon, All Star? Walking on the Sun? They’re great.”

His initial discomfort with guitar-playing wasn’t the only hurdle Perez had ahead of him. One of the film’s major plotlines revolves around a version of Dance Dance Revolution, a game Perez had never played before. “I was more of a laser tag, shooting hoops arcade guy,” he details, “but for the project, I watched competitions like crazy.” Perez describes hours of rehearsal both on and off the machines, studying the dances with choreographer Paul Becker to get every move just right. In the end, he says, “dancing just became more of a fun activity that I forget that I loved to do.” 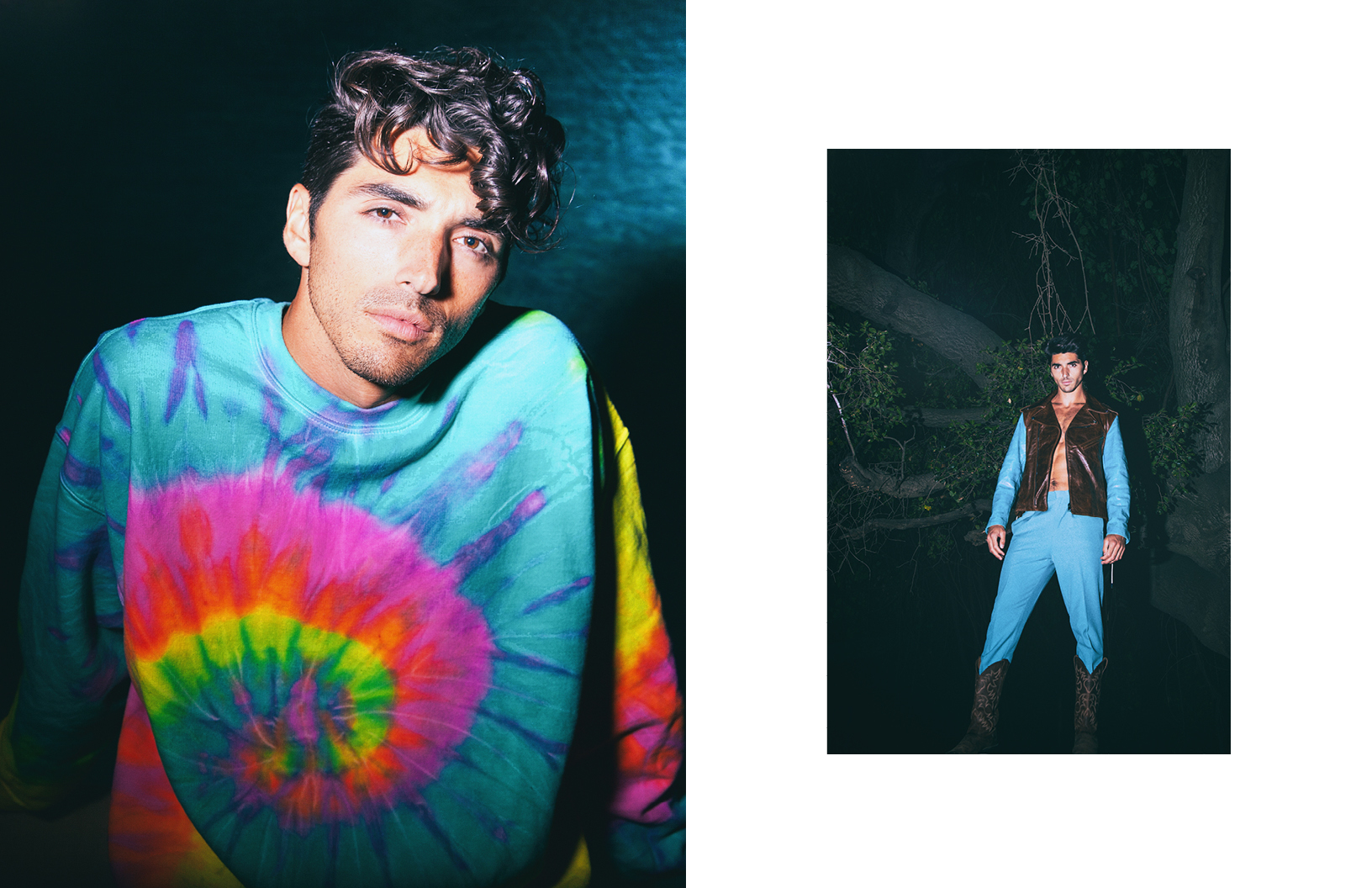 Though TKB2 is (almost) all fun and games, eventually, the topic of representation comes up in our conversation. GLAAD’s Studio Responsibility Index for 2020 once again showed the under-representation of Latinx characters on television, a fact corroborated by a 2019 study showing that, over the twelve years leading up to the study’s release, only 4.5% of speaking roles studied by the researchers went to Latinx actors.

Coming from a Mexican background, this is a topic Perez has contended with his whole life, he says. “I was always on the spectrum of representation when it came to my ethnic makeup. On the one hand, I’d be fine as a Latinx character on a project. But in another project, I wouldn’t be Latinx enough,” he explains. “That’s a big conversation right now, like, ‘what is enough?’ I’ve been all over Central and Latin America, and a lot of these people look like me. But also, a lot of these people have red hair. A lot of these people are black. You can’t say, ‘Okay, this guy has brown skin and dark features. That makes him Latinx.’ You have Brazilians who are black and speak Portuguese, Chileans who are darker-skinned and speak Spanish, or really light blonde-haired women in Mexico who are Mexican and speak Spanish. I’m excited to represent all of my ethnic makeup in the years to come. I have a lot of culture in me that I would love to express.” 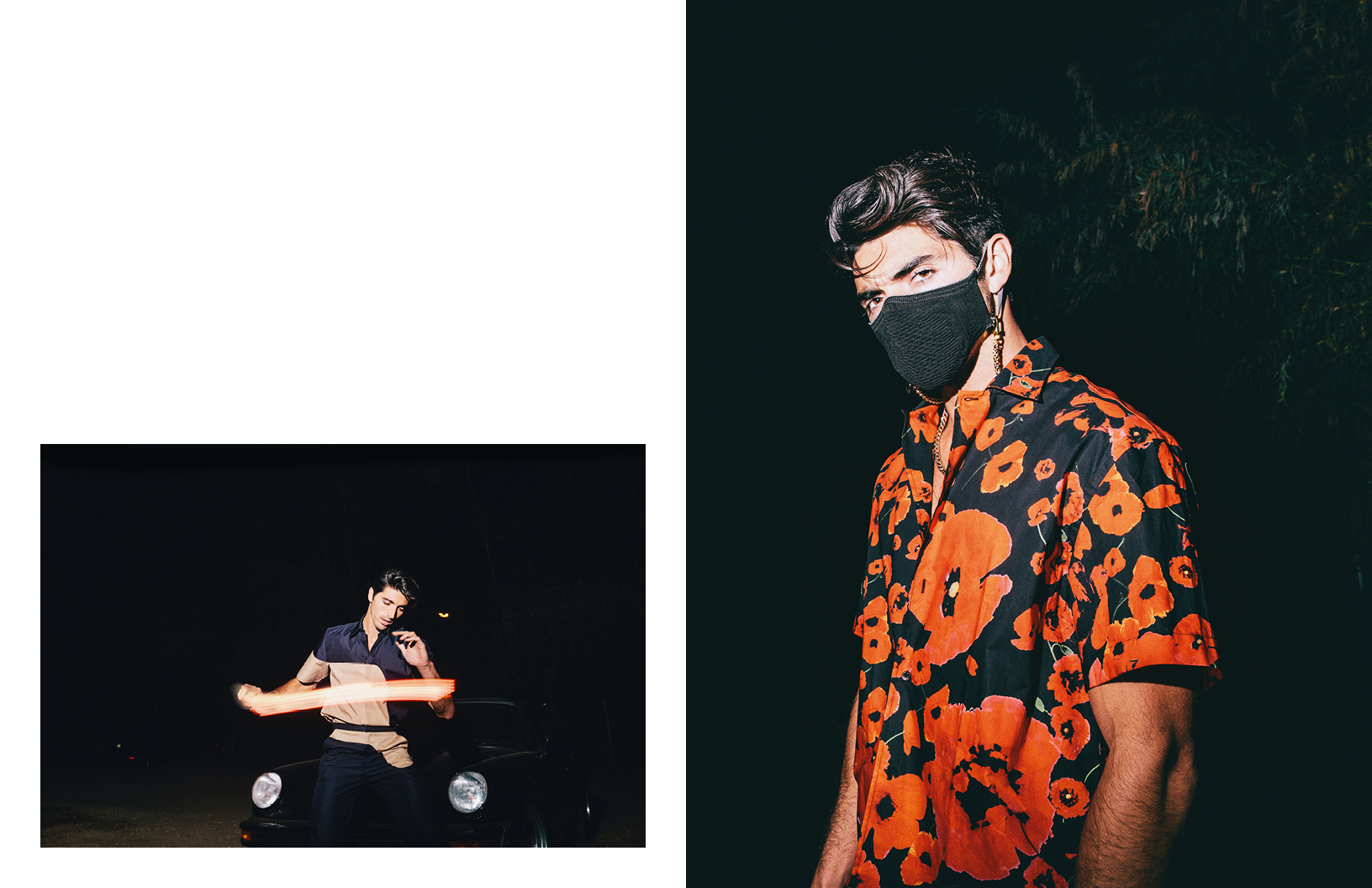 While the third installment of The Kissing Booth has already been filmed, Perez refuses to dish out the details about how Marco’s character will develop — or Marco’s role in Elle’s future. “I really hope that there’s some redemption for Marco,” he says. “We need to start a hashtag — not #RevengeForMarco but like, #RedemptionForMarco. It’s a totally high school experience, where you have a crush and you’re best friends with this person, but they’re dating someone else. Then the end of the school year happens and you’re like, ‘I think I love you! We had the best time together! Why are you with that other person?!’”

Outside of The Kissing Booth 2, Perez admits, he never really had a teenage love like the kind Marco experiences in the film. “And I’m glad I didn’t,” he adds, laughing. “We’re so awkward in high school. We’re, like, taking off our training wheels. We have so many feelings.” Still, he says, “I can’t help but feel like I’m living through Marco at that moment… Marco has the best intentions for Elle, and I have so much respect for him for being able to tell his feelings to this girl who he’s crushing on, this girl who is in love with another guy. He’s such a good guy that he’s not going to tell her directly; he’s going to support her relationship and just be close to her. I think there’s something respectable about that.” 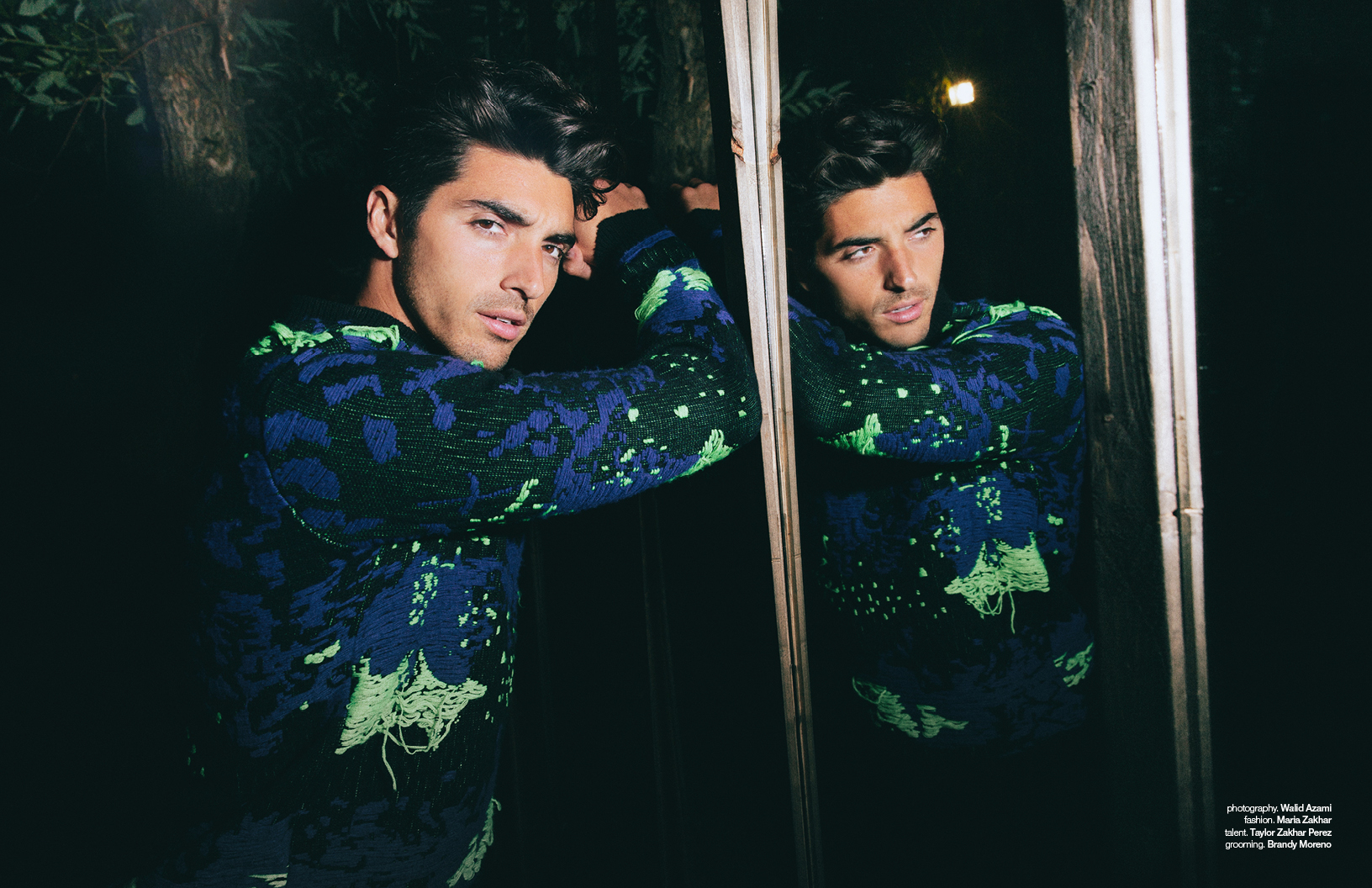