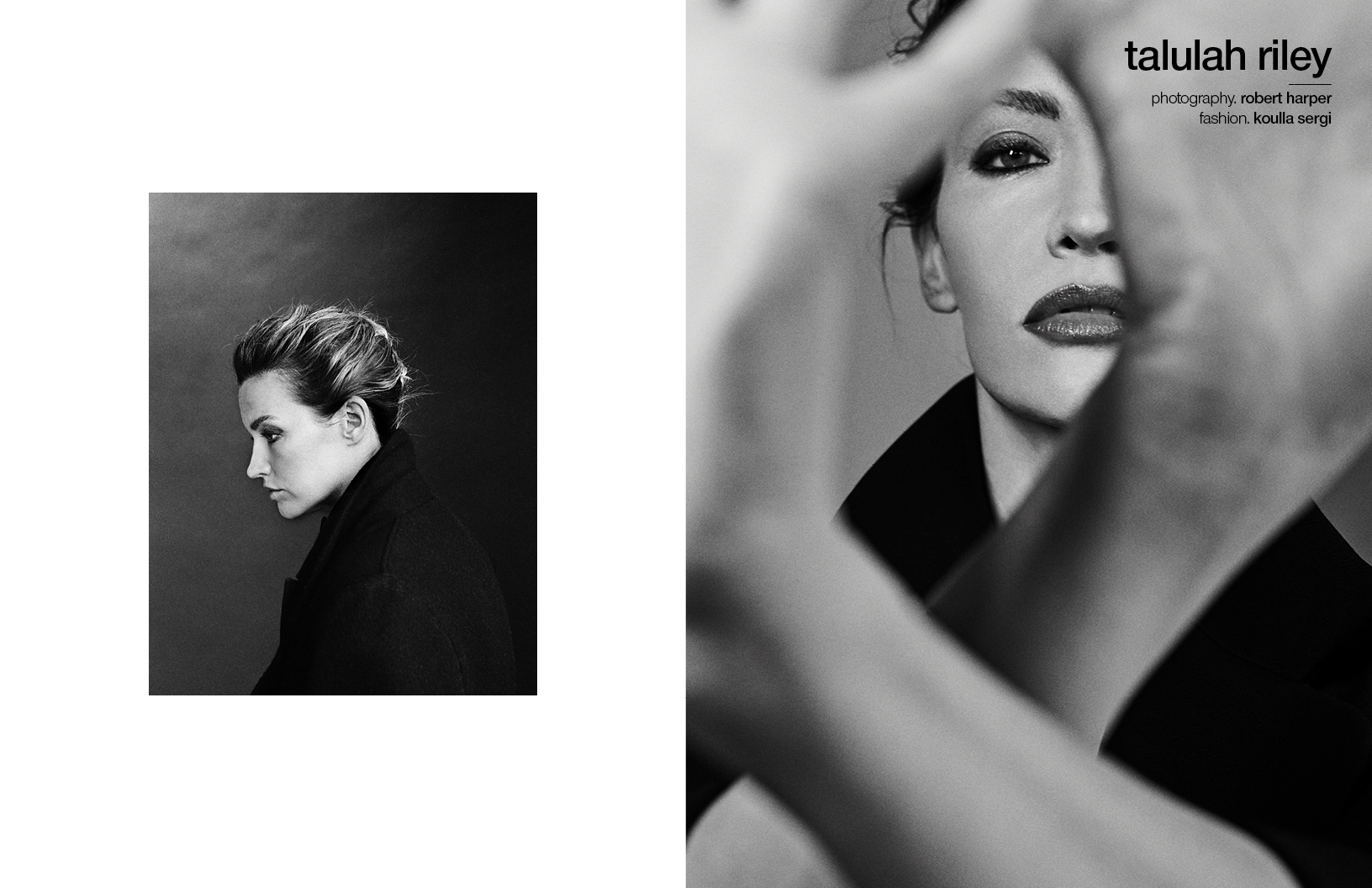 Bold, rebellious, chaotic — punk! There’s no other way to describe Talulah Riley in Pistol, the new limited series inspired by one of England’s most iconic rock bands — the Sex Pistols. The series, directed by Danny Boyle, recounts the rise to fame of the band during the 1970s, putting in focus the Punk movement and its vigorous spirit.

In the series, Riley is the legendary fashion designer, Vivienne Westwood, who at the time dated Sex Pistols’ manager Malcolm McLaren and designed garments for the band. No novice to period and historical dramas, Riley is renowned for her roles in Pride and Prejudice and The Last Witness, but her undoubtable versatility makes her the perfect fit for such a strong character.

But acting is just another feather in her cap. Riley is also the creative writer behind novels such as Acts of Love and The Quickening. Schön! sat down with Riley to discuss Pistol, her diverse acting career and her introduction to authorship.

How did you first get into acting? Was your father an influence?

I’ve always really enjoyed acting, I took Saturday acting classes at Sylvia Young and loved being involved in drama productions at school. But my father was definitely an inspiration in terms of thinking of it as a viable career option. He was a policeman his whole life, but on retirement wrote a few episodes of The Bill, etc. It was exciting to watch him enter that world and be enthused by it. 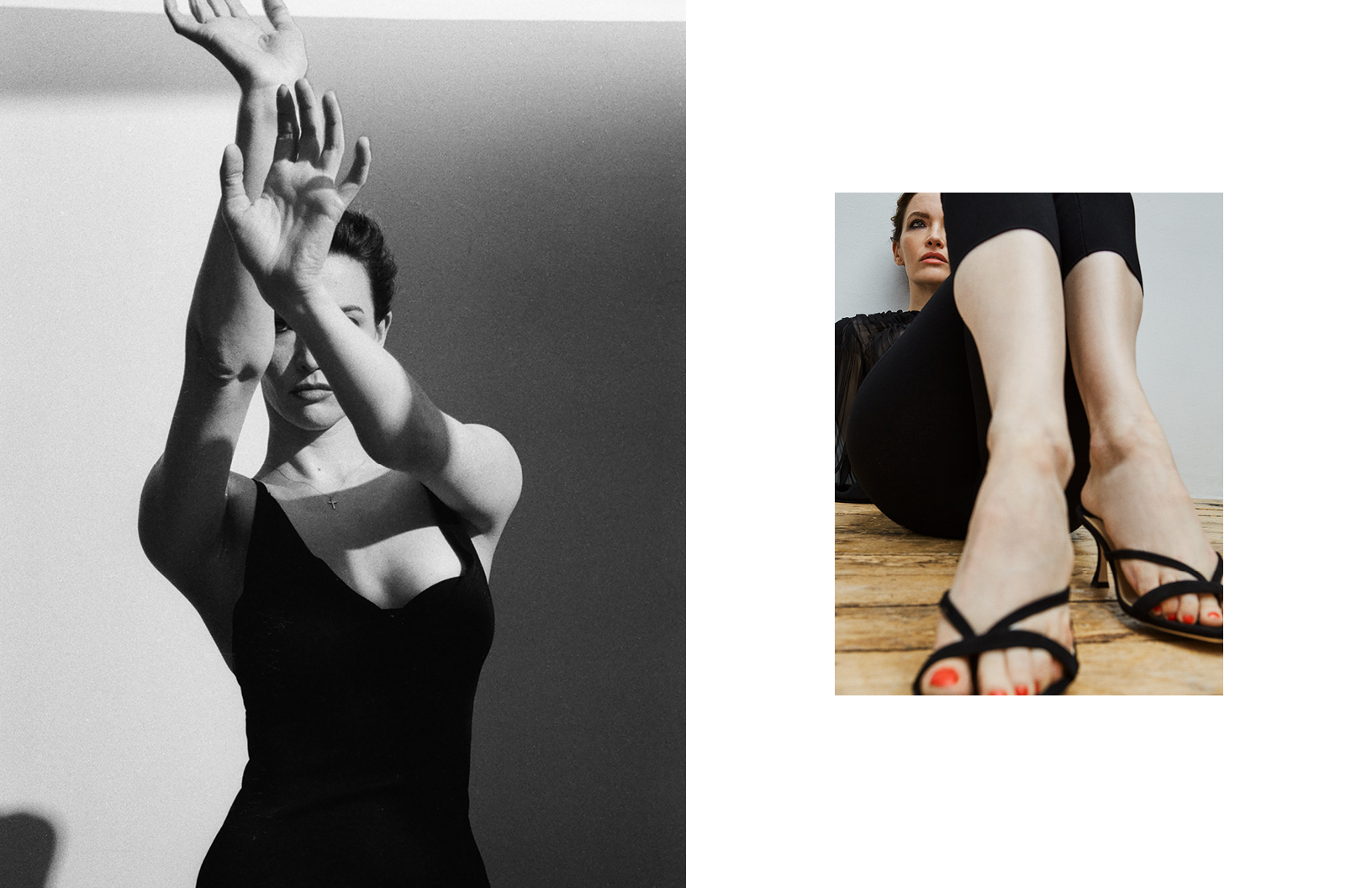 We’ve seen you play strong female characters like Mary Bennett (Pride & Prejudice), Annabelle Fritton (St Trinian’s) and Jeanette Mitchell (The Last Witness). What do you look for in a character?

I’m very open to playing different types of characters; there’s nothing in particular I look for. Part of the fun of acting is learning to empathise with unlikely characters. I also like the idea of exploring excess in art, so it’s always fun to play someone quite extreme. I really loved playing Vivienne Westwood; as scripted in Pistol, she’s a very strong character following an explicit ideology.

Let’s talk about Pistol. Why do you think the Sex Pistols’ story is so influential — even nowadays?

I think the story of the Sex Pistols’ is still so relevant today because, like all good stories, it deals with universal themes; it’s a coming-of-age story, there’s love, loss, discontent, socio-political upheaval, ambition, abuse, sex and death.

You star as British fashion staple and Queen of Punk, Vivienne Westwood. What made you want to audition for the role?

As soon as I read that it was a Danny Boyle project, I desperately wanted the job. I’ve wanted to work with Danny for years. I admire him tremendously.

Talulah, you’ve appeared in many period dramas. Do you think that helped you prepare to portray such a historic fashion icon?

Pistol is set in the 70s. The funny thing is, I was born in ’85, so the 70s really don’t seem that ancient to me… the 70s is just the bit-before-I was-born, in my head. But when we were on set, in the costumes, surrounded by all the period details and styling, the cars, etc., it suddenly seemed like we were in a period drama! It made me realise how quickly things change. It also made me feel quite old! 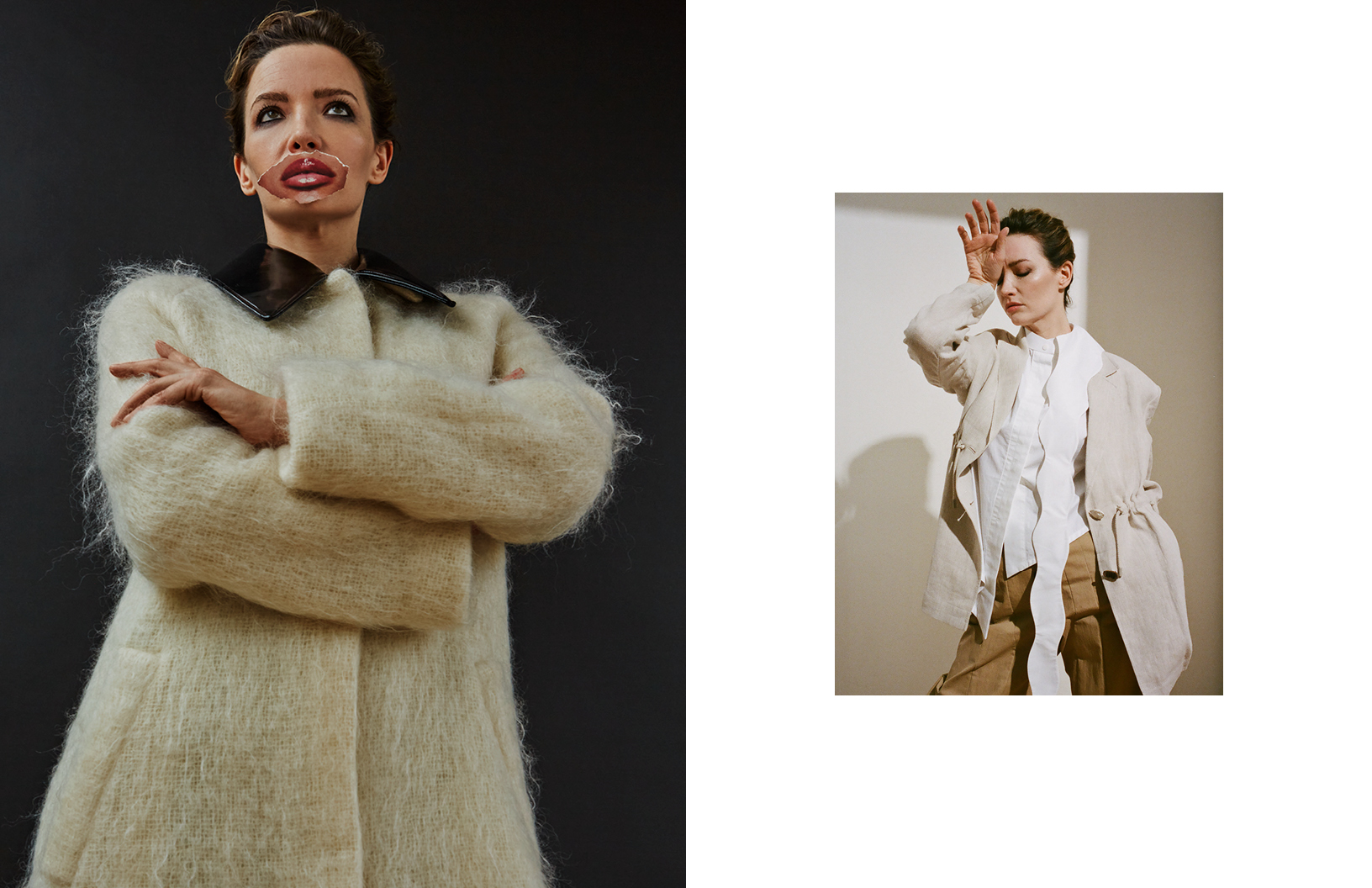 Was there a particular aspect of her life that you wanted to emphasise?

I think the thing that we all acknowledge is that this is a fictional retelling of the time and characters. So, in playing the character of Vivienne Westwood, I was going very much by what was there on the page. Our brilliant writer, Craig Pearce, crafted such a fun character.

What was your experience working on set?

It was the most wonderful experience. We had a really long rehearsal period and so got to know one another very well. There was real camaraderie amongst the cast and crew, especially because it was just post-COVID and so we were all bubbled together. Danny created such a creatively-freeing environment. He let the boys run riot. It was wonderful to be surrounded by such youthful exuberance everyday.

Sex Pistols’ music was a form of rebellion. What’s your favourite song from the band and why?

I love Anarchy in the UK because I think it’s just so specifically British!

Apart from being an actress, you’re also a dedicated author. What encouraged you to start writing?

I’ve always loved writing. When I was younger I was the child who would love making up elaborate fairy stories, and was the teenager who wandered around with a notebook full of hastily scribbled poems. Writing is something I have always just done. 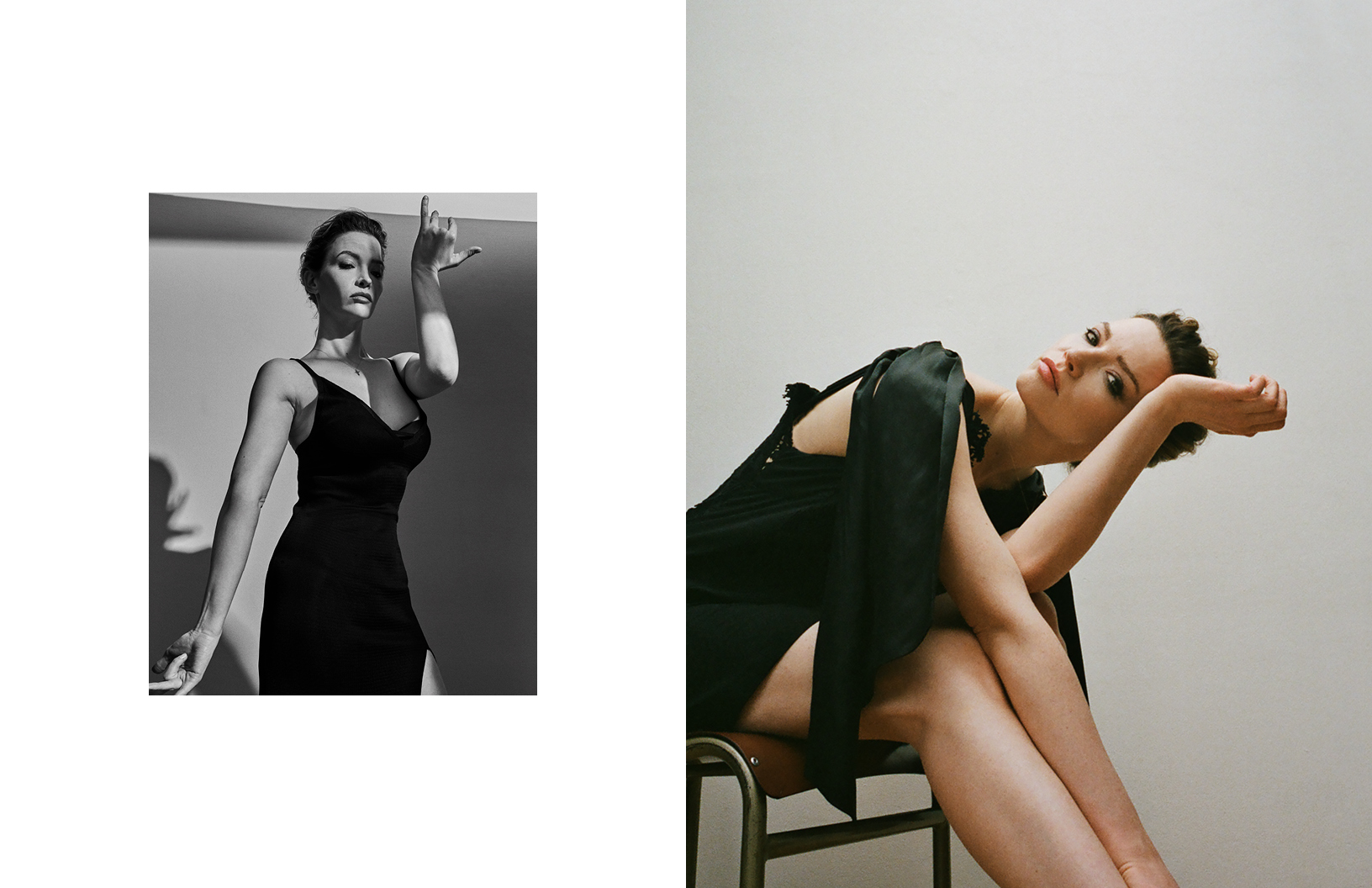 What was the creative process behind your latest novel, The Quickening?

I am terrible with nailing down a creative process. I’m very erratic with my writing, which is something I’m aiming to change. At the moment, I just wait for inspiration to strike, but all writers I’ve spoken to say it needs to be treated as a real job… that you need to turn up at the keyboard each day and produce work, no matter what. I’m a terrible procrastinator and am easily distracted, so this is something I’m working towards!

Dana Mayer, the protagonist of your book, is a feminist and a revolutionary. In what ways do you relate to her?

I wouldn’t describe Dana Mayer as a feminist; indeed, in the novel, Dana declares she is not a feminist because feminism, ‘doesn’t go far enough.’ In writing The Quickening I was focused more on the idea of extremest ideologies, and in Dana tried to craft a dangerous despot (who just happened to be female) — so hopefully there is very little in her that I relate to!

Your debut novel, Acts of Love, shared a similar theme: deception. Why do you feel it’s a topic we need to be more vocal about?

I think deception is a device that aids drama and storytelling. All art is a form of deception, in a way, it’s all a simulation of reality. So it that sense it’s quite satisfying to explore deception within the medium of deception!

I’m working on my third novel — it’s about sex robots! 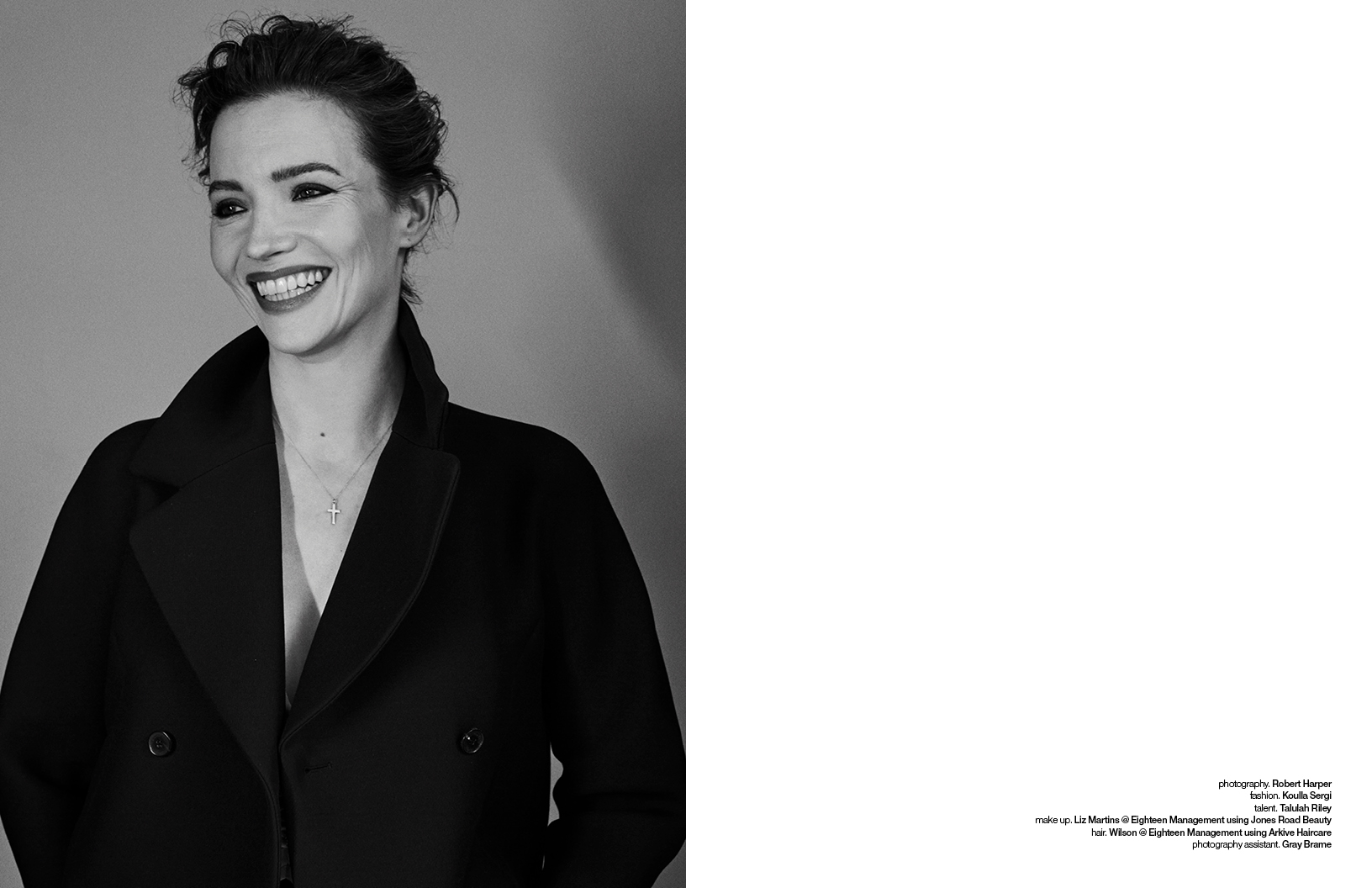 Pistol is out now.
The Quickening is available wherever books are sold.