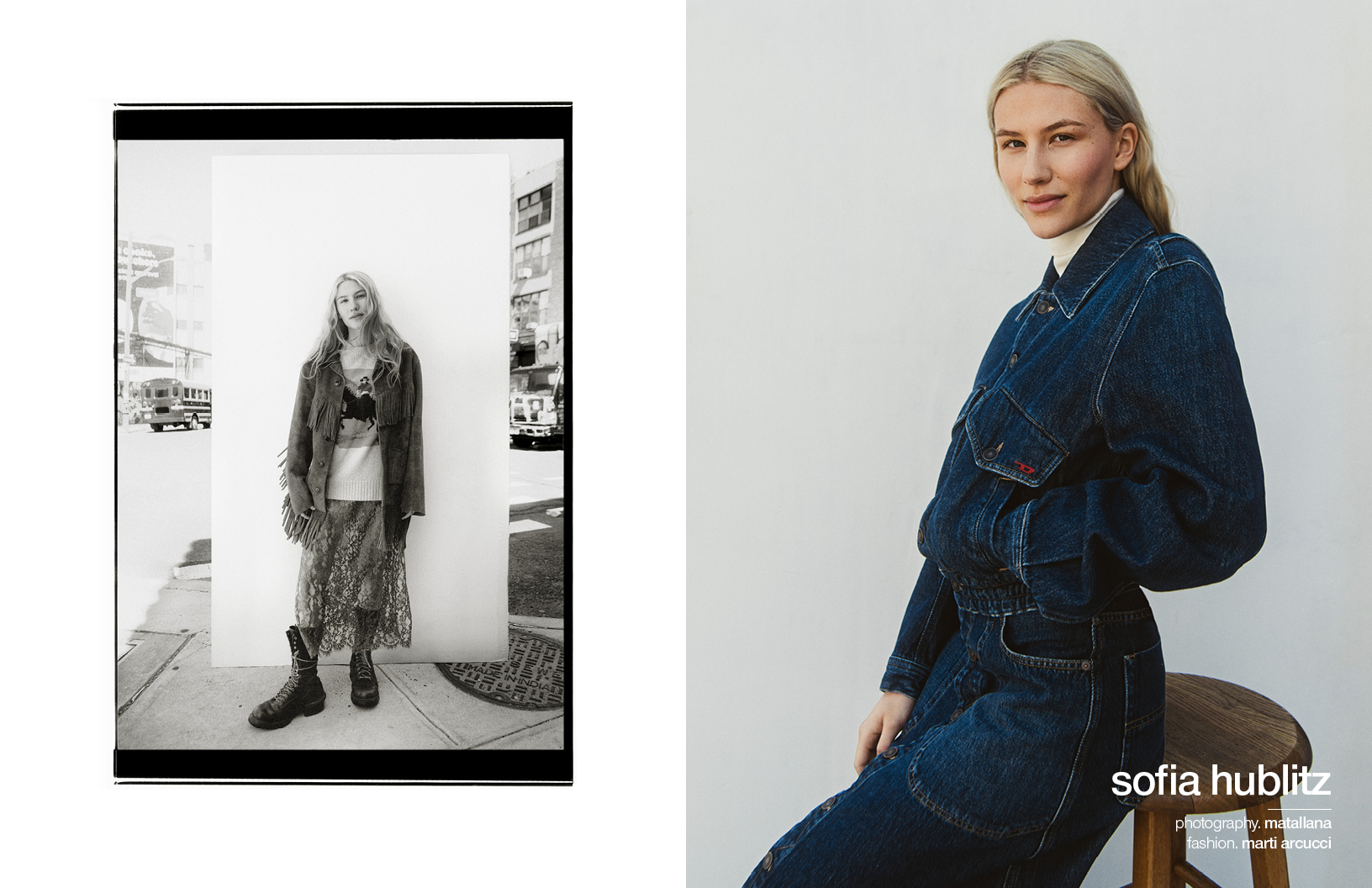 Sofia Hublitz is formidable as Charlotte Byrde in the hit Netflix series Ozark. This role brought her into the limelight as she paved the way for other exciting parts and projects. With the series coming to a dramatic end, Schön sat down with Hublitz to talk about her big break on Ozark, how distinctively different she and her character are, and the joy she felt growing up on the set.

Ozark has finally come to an end after five whole years. What was it like filming those final scenes? What was the atmosphere on set?

It was never somber. We all tried to shy away from the undeniable fact that it was coming to an end, but we all just enjoyed being together and getting to see each other at work every day. It was only [during] the last week that it dawned on us, and we settled in our sentimentality and nostalgia. Even so, it was beautiful and upbeat the entire time. It’s something that continues to this day.

This role is your first big break into your flourishing acting career. How did you come to join this project?

It was pretty typical. I auditioned, had a call for it, and was lucky enough to get the job. In the original audition, though, Alexa, our casting director, had asked each person who was auditioning, ‘What are your plans for this summer?’. And at the time, mine was, ‘Oh, I’m visiting family in Europe in August.’ So when I was at the call for the producer session, Patrick Markey, Chris Mundy, and Jason [Bateman] were all in the room. I had read for both Ruth and Charlotte, and at the end of the scenes, Jason put his pen down and looked at me and said, ‘Are you the one that’s going to Europe this summer?’ and I said, ‘Yeah, that’s me.’ He says, ‘Well, you’re gonna have to cancel that trip.’ So it was really special that he told me in the room, on that day. 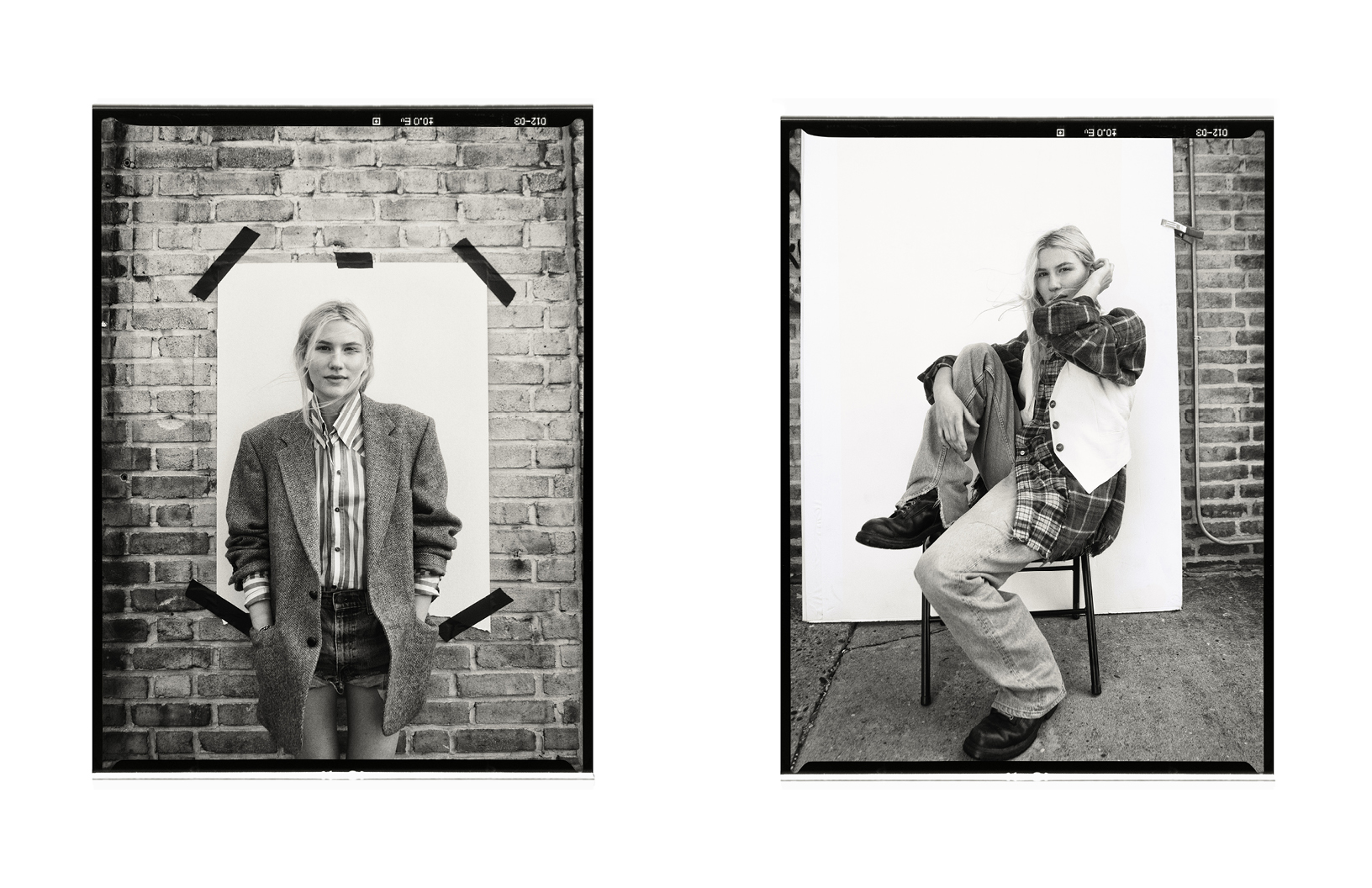 The response to the show has been incredible. Did you get to have a feel of how the world viewed Charlotte, your character, and her journey on the show?

A little bit. It’s funny; I think it’s endearing that people sometimes can’t differentiate between fiction and reality. For example, if I’m stopped in the street or at the airport, I’ve had a couple of people say, ‘Oh, I’m so afraid to talk to you because you’re so mean in the show.’ Well, it’s not me; I personally would never speak to my parents like that [laughs]. It makes sense, though, with all that’s happening around her. In my opinion, she’s acting exactly like a teenager who really wants to be an adult would act.

It has been a wild journey for the Byrdes throughout these four seasons. What did you think of Charlotte’s development as a teen into adulthood throughout the show? Was there anything specific you wanted to capture about that journey?

I feel like my and Charlotte’s journey aligned in many ways. I was only 17 when we started the show, and now I’m 22, so we both came out of adolescence and into adulthood, going through significant life-changing moments. Obviously, not in the same capacity where my parents are murderous villains, and I have to grow up super fast, but my life felt parallel to Charlotte. So that gave me the ability to relate to her in a major way.

You practically grew up on the set of Ozark. How was that experience?

My creativity was fostered on that set, and I was always treated as a peer. The collaboration was always so strong. I feel like I was partially raised by a lot of the crew and the cast, so I’m really grateful. It’ll be the tie that binds us all together forever, truly. I feel fortunate to have been surrounded by that closeness and togetherness during my formative years. 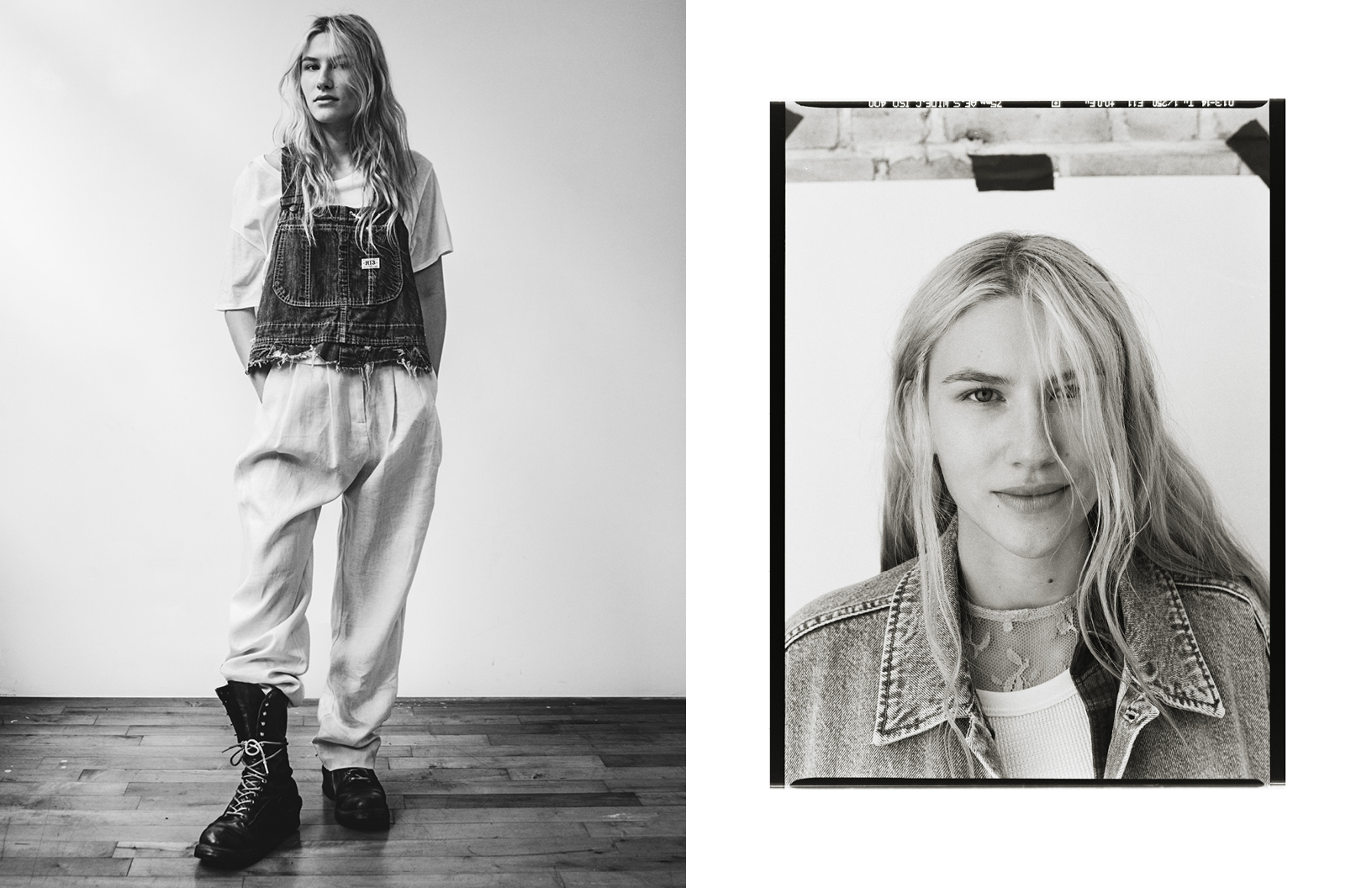 The season finale took some crazy unexpected turns. What do you remember shocking you the most as you read the script?

I had a conversation with Chris Mundy a few months before we were supposed to be finished with shooting, and he told me exactly how everything was gonna play out, every little detail. So before I saw the words written on the page, I had that verbal affirmation of who was going to die, what was going to happen, and where my storyline was going to take me. So for that reason alone, I wasn’t shocked, but it’s like reading a really good book, even though you know the ending.

Are there any similarities between you, Sofia, and Charlotte, the character?

The only similarities between Charlotte and me are our age proximity. Other than that, people who know me often remark on how different we are and how funny it is that I play her. And then there’s that sort of complex of meeting people and them believing that you are this cold, angsty teenager. It’s like, ‘Oh no, I’m Sofia.’

Ozark is not a funny show, but I’m sure filming it was a lot of fun. What’s the most fun moment you can remember from your time on set?

Oh, there are so many. The show is so serious, but we had so much levity we carried with us every time we shot a scene, even on the hard emotional days. We’re always together, and we always embrace that closeness that we share because we love each other. But my favourite memory, even though I wasn’t a part of the scene, was the filming of Langmore’s return, where Julia has that flashback scene where she wakes up, and Russ and Boyd and her dad and Wyatt are all there. I hadn’t seen Mark and Chris in so long, they also flew Chris [Baker] in from Australia and Trevor from New York. I knew that that was gonna be such a special day on set,  so I drove up on my own just to be there. It’s a testament to how close we are. I love them all so much. But I’d say I loved all those swimming scenes as well. Those were super fun for me to film because we were out in the lake, and it was just me and a camera. 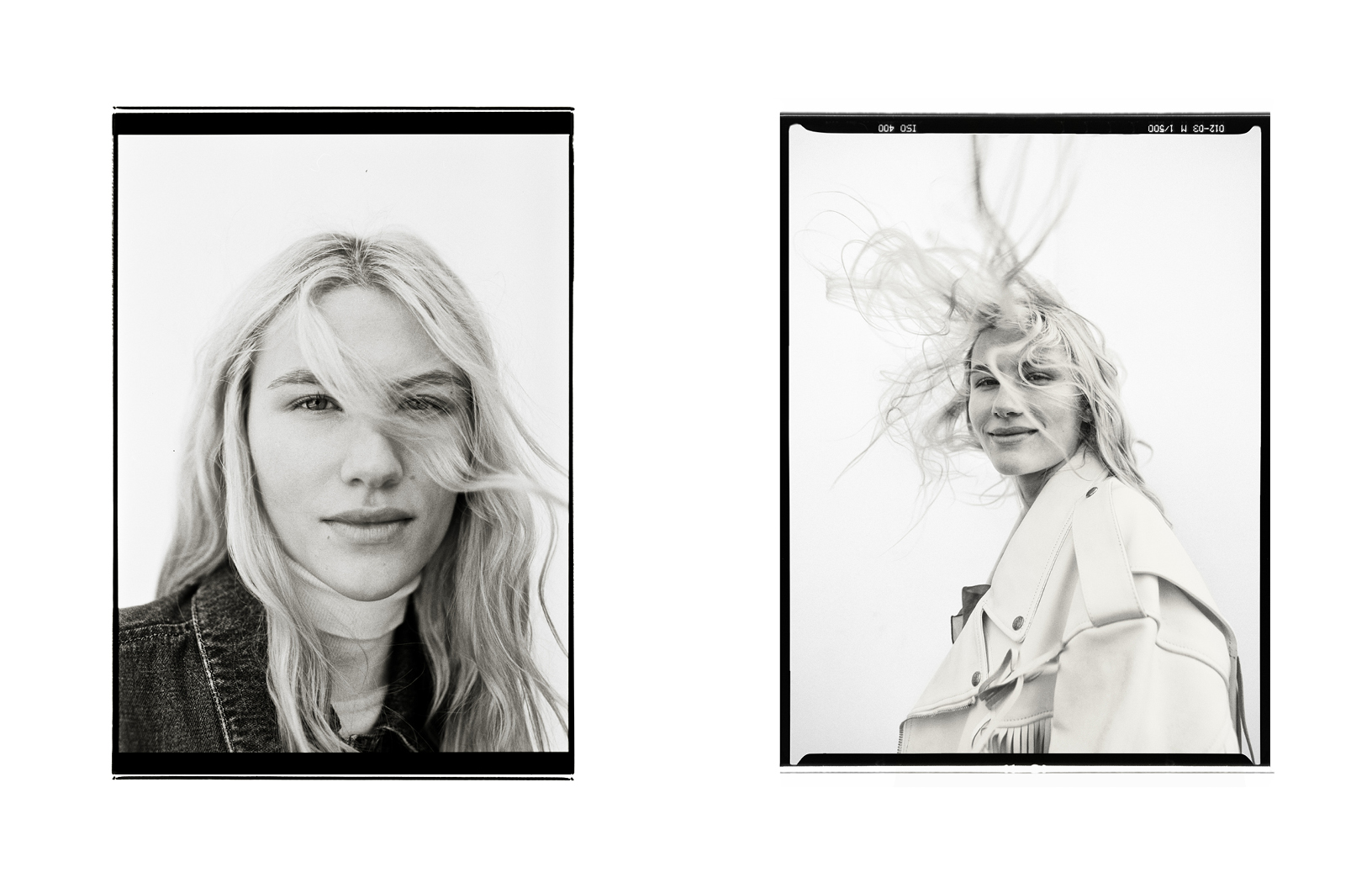 I know that you’re passionate about writing. What’s something that you are working on right now?

For the past year and a half, what started out as kind of a joke, Charlie [Tahan] and I turned into an actual project of us developing a TV show together. But, still, I have a ton of short films that I’ve written that I’m trying to polish up because I’m always just writing, whether it’s essays or shorts, or even just little scenes whenever something comes to mind.

Do you plan to maybe publish something in the future?

I mean, isn’t that the hope?… Writing is so personal that it sort of dwells in the deepest parts of your mind. Putting that out there is scary, but who knows? Maybe someday.

What is one thing you wish you could tell your younger self with what you know now?

The sky is not falling. It’s all temporary. Everything’s temporary.

What direction is your career going to take in the future? Do you have any projects in the works, anything you’re excited about?

Yeah, I have a lot of things that I’m excited about. I can’t say much more, but I’m thrilled about what’s coming! 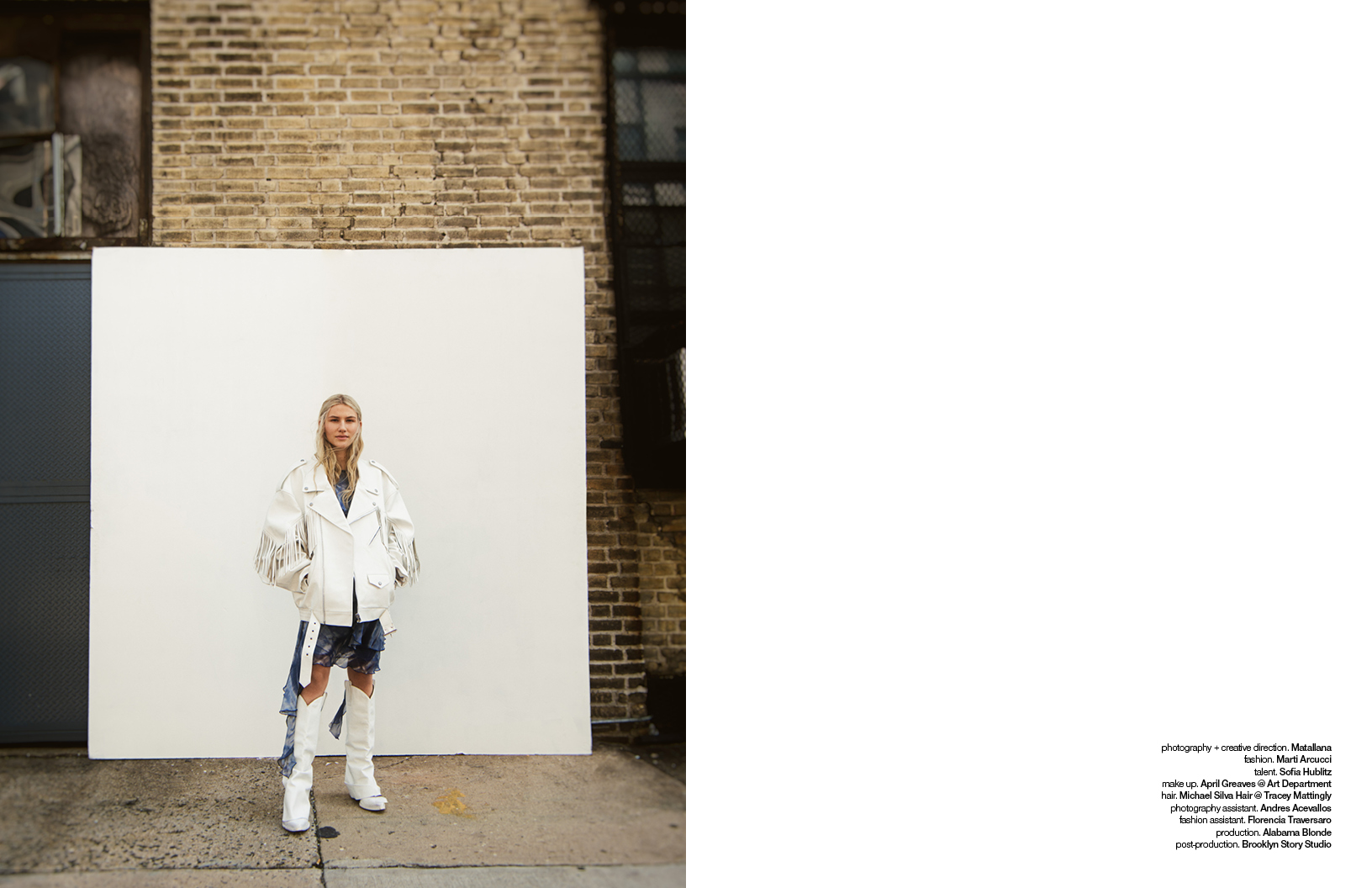 The final season of Ozark is currently streaming on Netflix.