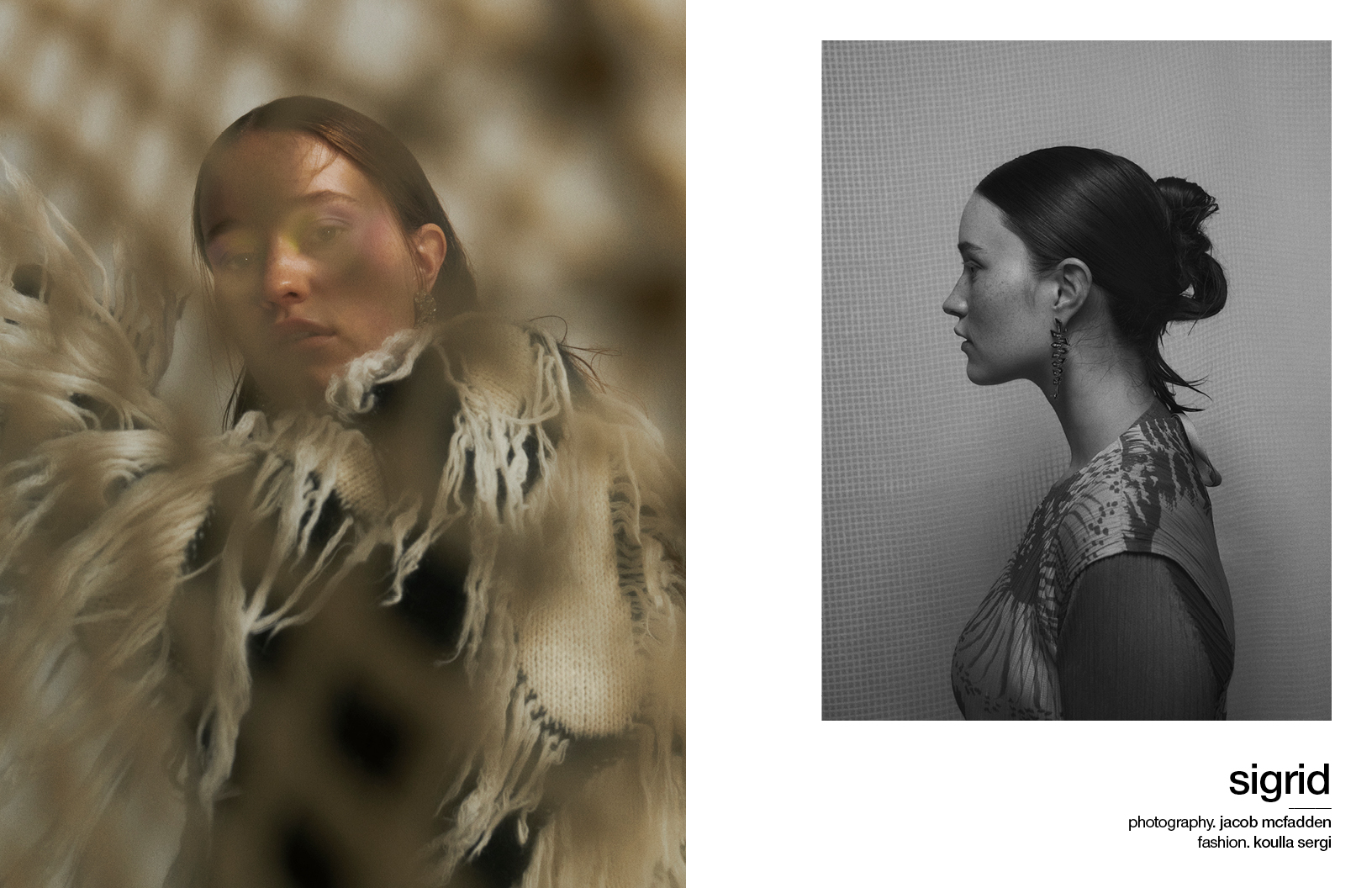 If Sigrid wasn’t showing herself some love before the release of her new track Home To You (This Christmas), she has every reason to now. The seasonal single from the Norwegian pop star is a timeless winter ballad steeped in sentimental nostalgia. It’s a festive cover of her song Home To You and an ode to Sigrid’s home town and the family ties she holds close.

This season, Sigrid wishes for nothing more than to get back to performing. “It just gives me an incredible joy,” she says of having headlined shows at Glastonbury, Coachella, and dozens of European festivals since dropping her critically acclaimed EP Don’t Kill My Vibe back in 2017. Sigrid is a soft-spoken, down-to-earth pop star who usually rocks a classic t-shirt and jeans look onstage, so her taste for the adrenaline of live performance is testament to the duality and authenticity that sparks her music, and keeps her sane after being launched into the limelight at a young age.

Even though she’s been killing it since her late teens, Sigrid admits that she realised creating pop magic was what she wanted to do only “once I was in it!” Growing up in the small but picturesque fishing town of Ålesund, she says she was simply “the furthest away from the music industry that you could be.” Listening to the electrifying energy of Sigrid’s sound, it seems impossible that Sigrid at one point seriously considered becoming a small-town teacher, a lawyer, or anything but an artist. She chats to Schön! about how Sigrid the star came to be and how she finds her own silver linings.

I snooped and found out that you celebrated a birthday recently. Happy birthday! How do you feel about being a Virgo?

I really like it. I do enjoy reading star signs and stuff. I don’t take it literally, but I find it very amusing whenever it’s correct. Whenever I see a trait of a Virgo, like, for instance, I’m not that tidy, but I really like organising, making lists — I make lists for everything — and I read somewhere that’s very Virgo. I love it. It gives me that female power energy. And my birthday was great. It’s weird being 25.

What are you proud to have accomplished by 25?

I think my whole career has been going so fast that I often haven’t had time to think about everything that’s happened. It all feels like a blur but all the festivals we’ve played, all that travelling and headlining shows. I’m really proud of still being me, though. I still like to do the same stuff when I get back home and that feels good even though everything has changed and my whole life has turned upside down. 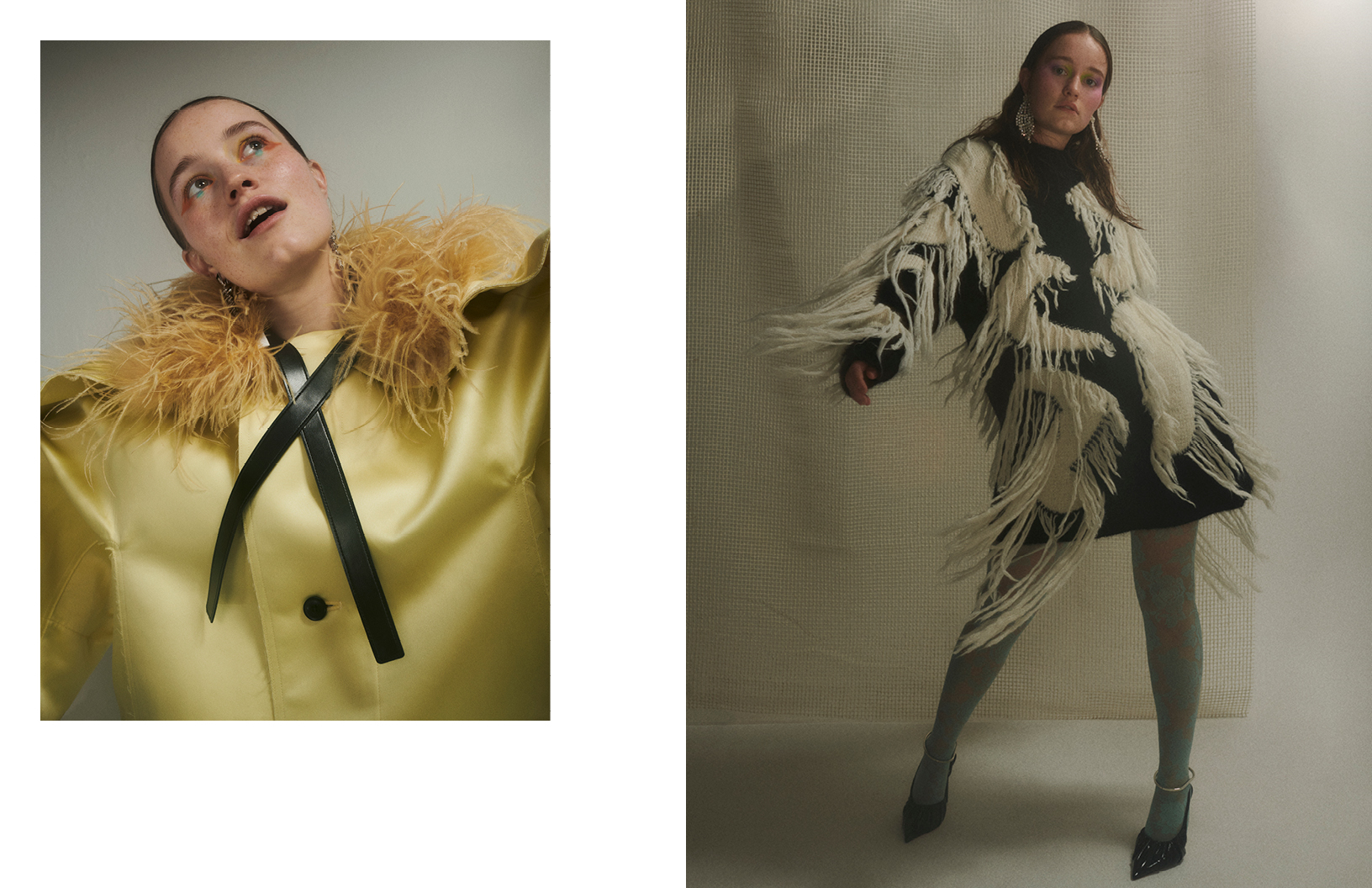 What’s it been like finding fame so young? Has holding onto your identity been difficult?

Definitely. Maybe one good thing about it has been that you just dive right into it and you don’t think about what’s going to happen. You’re packed with adrenaline all the time and you don’t get tired. I wonder how I would have reacted to everything if I started at 25, being more sure of who I am. I was so sure when I went in, and maybe that’s that youngster attitude of being like, ‘I’m going to do what I want to do.’

But it’s difficult because you dive into this industry that is quite obsessed with perfection. It can take a toll on your self-esteem when there are opinions on everything: on yourself, on social media, there’s always opinions, but I do think that’s a lot more common now than when I was a kid. Being 13 when I got my Facebook page, [it] was literally just me and my fans in high school and it wasn’t bigger than that.

Especially as a musician, it seems hard to focus on the music when performance, appearance and online persona play such a big role.

Absolutely. It’s about finding that balance of private life and who you are publicly. I’m myself all the time and it’s hard to have another persona. You have to find that boundary, that line of what things are private, and some things you’re more OK with talking about.

What’s one thing you want to accomplish before you turn 26?

I think the past two years have taken a toll on everyone’s self-esteem with feeling so isolated. I wasn’t able to do what I love the most, which is being on stage, and that was hard. So, maybe to regain. I think I’m on my way to getting back that stage confidence I had. Before I turn 26 I want to get that attitude back of ‘I’m the fucking best’ when I go onstage. 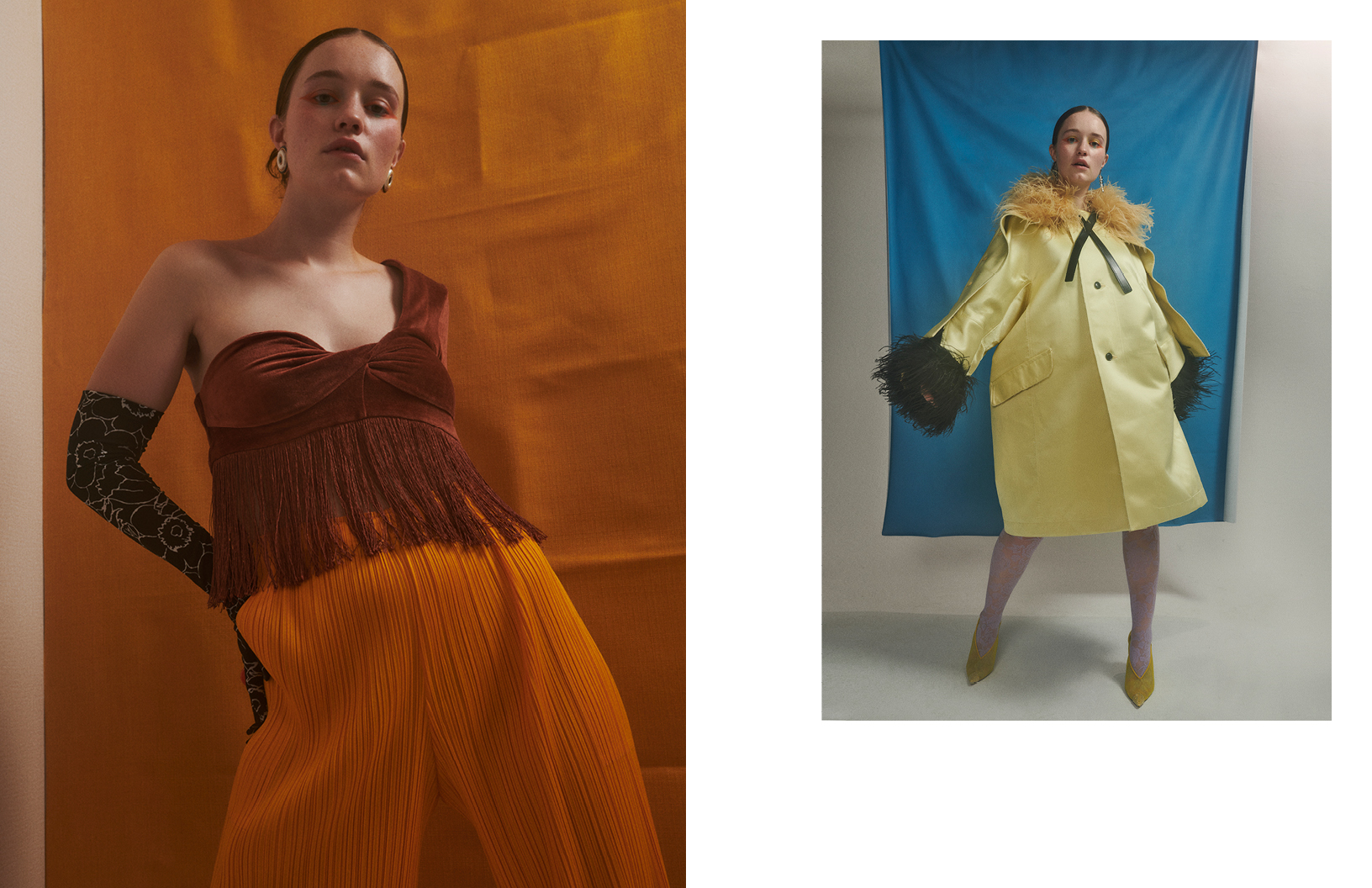 What’s it been like in lockdown for your creative process?

At first I was broken. I was very lucky to have my boyfriend. He’s a pro skier and he makes ski films so we spent a lot of our time skiing in the mountains, just chilling. I got to hang out with my family a lot more than usual. I was just in Norway and then slowly it opened up again and it was like, ‘OK, it’s time to write.’ It was a very nice process this time because when we wrote Sucker Punch, my first one, it was incredibly fun with amazing people on it, but it was a bit more stressful. We were always touring. I had one day to write this song and track it and rah! onto the next. You know that Lady Gaga meme of  ‘club — club — another club?’ It was like that for a few years! This time it was a lot more peaceful.

How do you feel the music you’re currently work on is the greater evolution of your sound?

The new music is more organic in terms of the sound and I think that’s very influenced by live touring. I love hearing the original sounds produced live because you just get a different flair to my band. I’m very inspired by that. And also, it’s probably inspired by being very stuck in Norway, being inside, couldn’t meet people, couldn’t play live, and just daydreaming about main stages at festivals everywhere. That’s a huge inspiration. And then lyrically, I tried to dig even deeper. I do think that’s something that happened in these past two years. People were more honest with each other with how we’re actually doing. 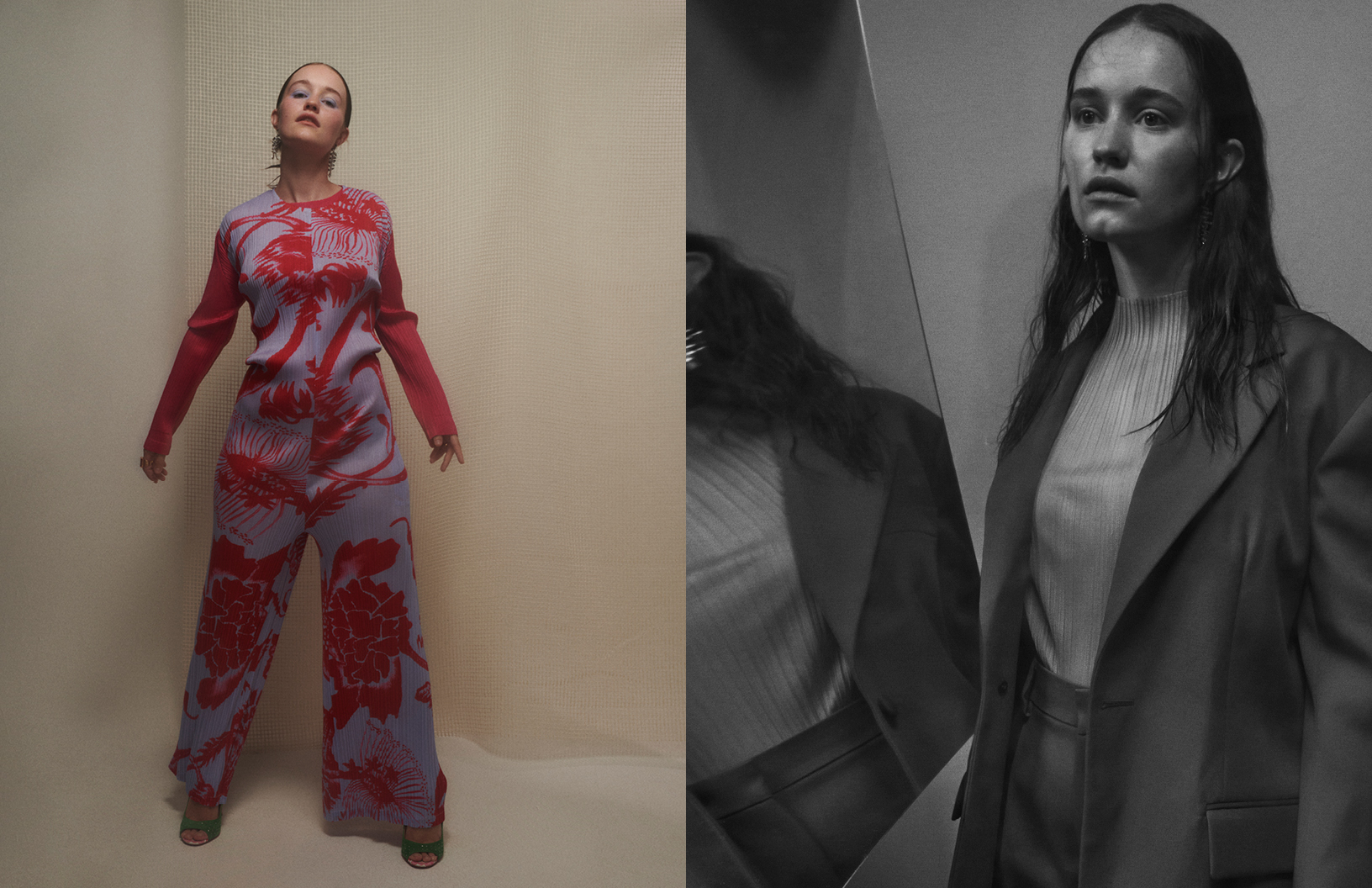 Where do you get the sort of optimism we hear in your work?

I keep hearing that I’m very optimistic but I have no idea where that’s coming from. I don’t see myself as an optimist. I like to try. I like to look on the bright side of things, to look for the silver lining. Things can be pretty heavy and I often find it’s sometimes scary just living to put yourself out there in the world. It’s not always easy just to live and I think a lot of people recognise themselves in that. But I do believe in good. Maybe I am a little optimistic.

Maybe it’s somewhere in your chart.

When you imagine someone listening to your upcoming music, what kind of situation do you imagine?

I do love making soundtracks to things. If I’m cooking I have my cooking records that I pull out. I listen to a lot of Kacey Musgraves when I’m cooking. I love the new album!  Not that I run a lot but if I go for a run I do think Burning Bridges is a good running song. It just feels so powerful, a ‘fuck it all’ sort of song.

I also hope people will play it at parties, like home parties. Aw! Remember home parties? And then I think there are other songs that are more hairbrush moments, like getting ready in the bathroom before going out. There’s something for every day of the week. It’s for when you want to have a little energy. You just want to celebrate. It’s a lot about self-love and self-acceptance. I don’t think I’ll ever be finished with that.

Lastly, what’s your ideal collaboration? What are you listening to right now?

Artists I grew up listening to are everything to me: Neil Young, Joni Mitchell, Coldplay, and more [recently] Kacey Musgraves. I absolutely love her style of music. Finneas is great. There’s a lot of great stuff happening. There are so many, my door is always open. 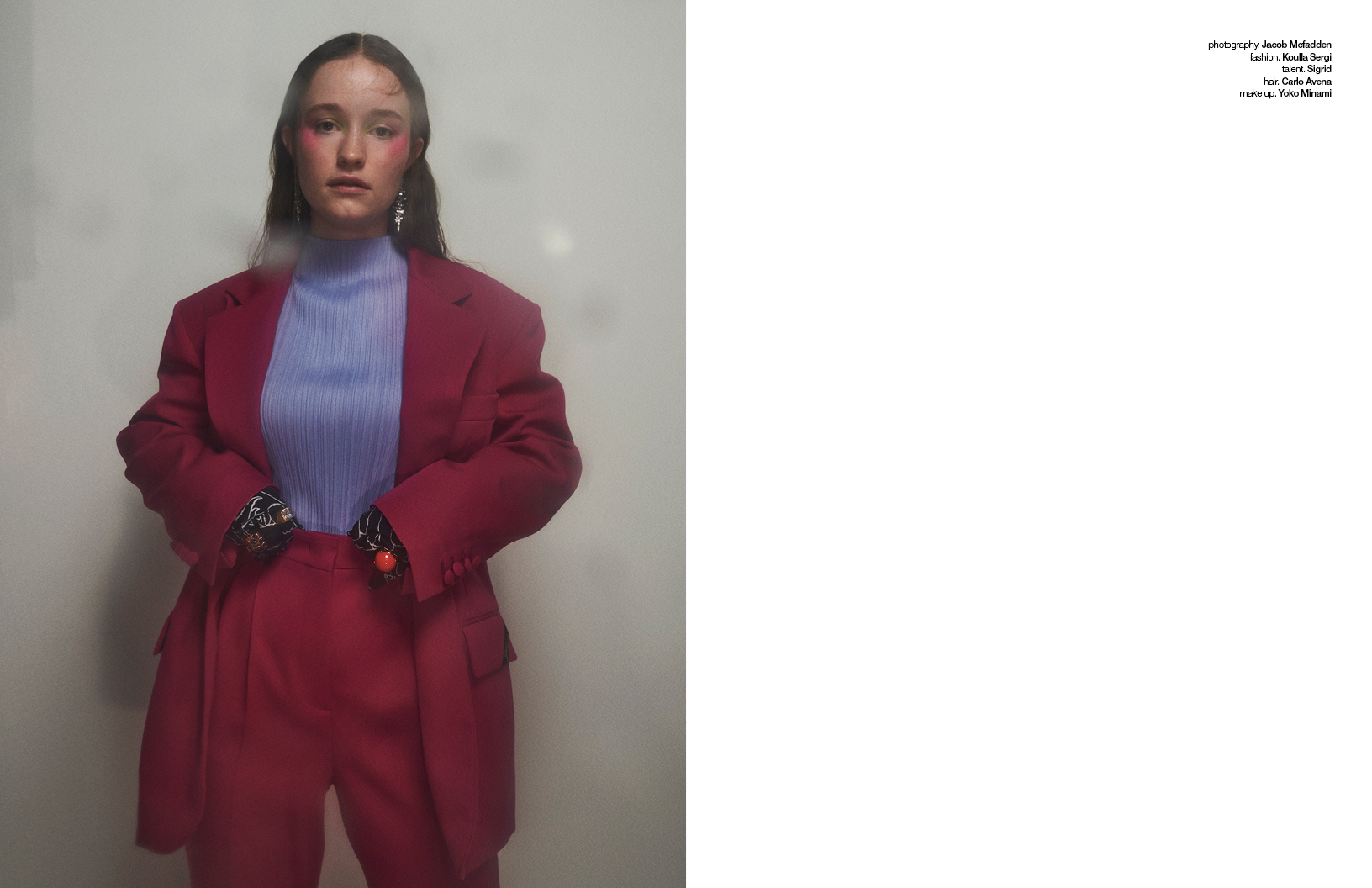 Sigrid‘s new single Home To You (This Christmas) is out now.