Their story began in 2001 in the same way as thousands before them: two old friends, a drink and the desire to found a band together. Adam Olenius and Ted Malmros, joined few days later by Carl von Arbin and later in 2002 by Eric Edman and Bebban Stengord, became Shout Out Louds. Thirteen years, four EPs and four albums later they are one of the most renowned indie pop bands in the industry. Their music is played in almost every corner of the globe and they have toured with the likes of The Strokes, The Magic Numbers, The Rosebuds, The Essex Green and many more. We met with them in the middle of their European Tour. 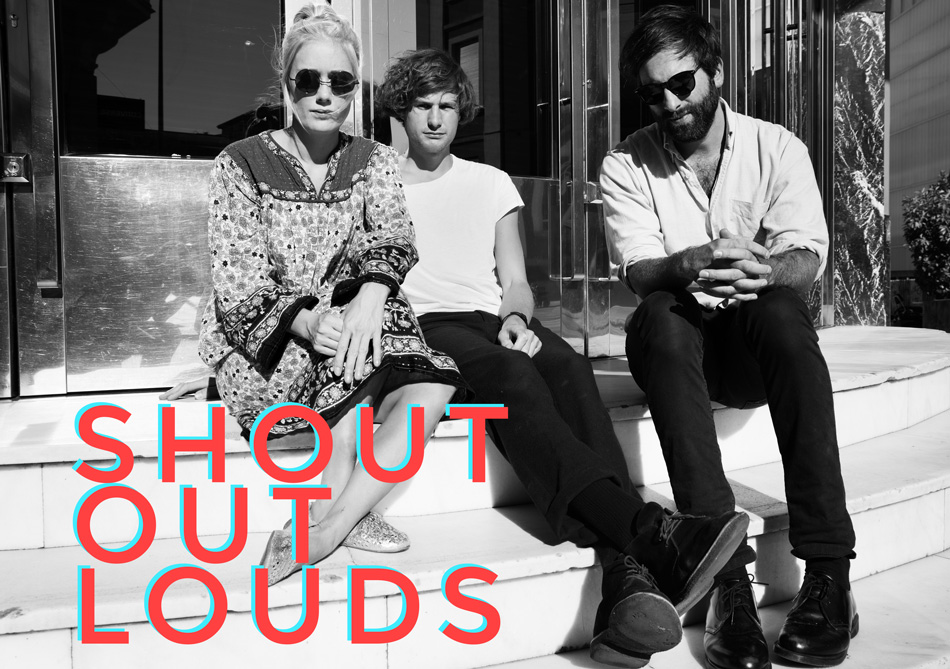 Congratulations on your tenth anniversary. How have you changed in a decade from your first album Howl Howl Gaff Gaff, and what can we expect from you that we couldn’t have ten years ago?

When it comes to changes in the directions you take when you make music, it’s not always very conscious. It’s hard to say, influences are here to take new steps, it sort of evolves naturally. You just get influenced by so many things, the years that go by and the things that surround you. It was a reaction to what we did in our previous album, a very meticulous one, where we had a strict producer who liked everything to be perfect. This time around we felt like being completely free from all of that and trying everything that we wanted to. What you can expect on this album that we couldn’t have done before, is that we have made it and produced it completely ourselves.

Optica, your latest work released earlier this year, has a very evocative title. It recalls to my mind the concepts of light, colours and perception. How much of it is true? And how much of Sweden’s light and darkness are in it?

It’s entirely true. In Scandinavia light is like a delicacy for us. We have very obvious seasons and that affects the mood you are in, your state of mind and what you want to do. The album was recorded during six or seven seasons and light was a thing we’ve talked about a lot, a key word we used to talk about our music instead of using musical terms. It was easier to define a song as bright as a sunset or something appropriate for the night. We recorded in a prison-like basement with no light at all, which we made fun and bright with our music and with the excitement of working entirely by ourselves.

Music, as cliché as it sounds, is a universal language but national audiences can be different. Have you been inspired in different ways by your European fans?

We have been inspired a lot and I think that for the first time we were thinking specifically about the south of Europe and its charming décadence that doesn’t really exist in the same way, except for some times in the summer, in Sweden. Also when recording some of the tracks we told ourselves ‘this song would be great to play in the US or perhaps in Spain’ not because we wrote them for that particular country but for that sort of vision; for the light at a certain musical festival and for our mind sets in a particular environment.

When you finish up this tour are you going back to the studio?

We are just going to have some rest; a slower period to rehearse, to play together and to find the time to exchange ideas without clashing with the busy schedule of a tour. Trying things out, meeting once a week and experimenting as we did at the beginning of our career.

Inspired by Lauren Leto’s Stereotyping People By Their Favourite Author in 2010 Stelios
Phili created Stereotyping People by Their Favourite Indie Bands a mercilessly judgmental list of indie band stereotypes. For instance, he describes Bon Iver fans as people with self-esteem issues who probably hate Ben Gibbard. What kind of funny stereotype do you think you might project?

Our tour manager actually said it in a funny way few days ago. He thinks our audience consists mainly of 25 year old virgins. You can interpret that in many ways. (laughs)