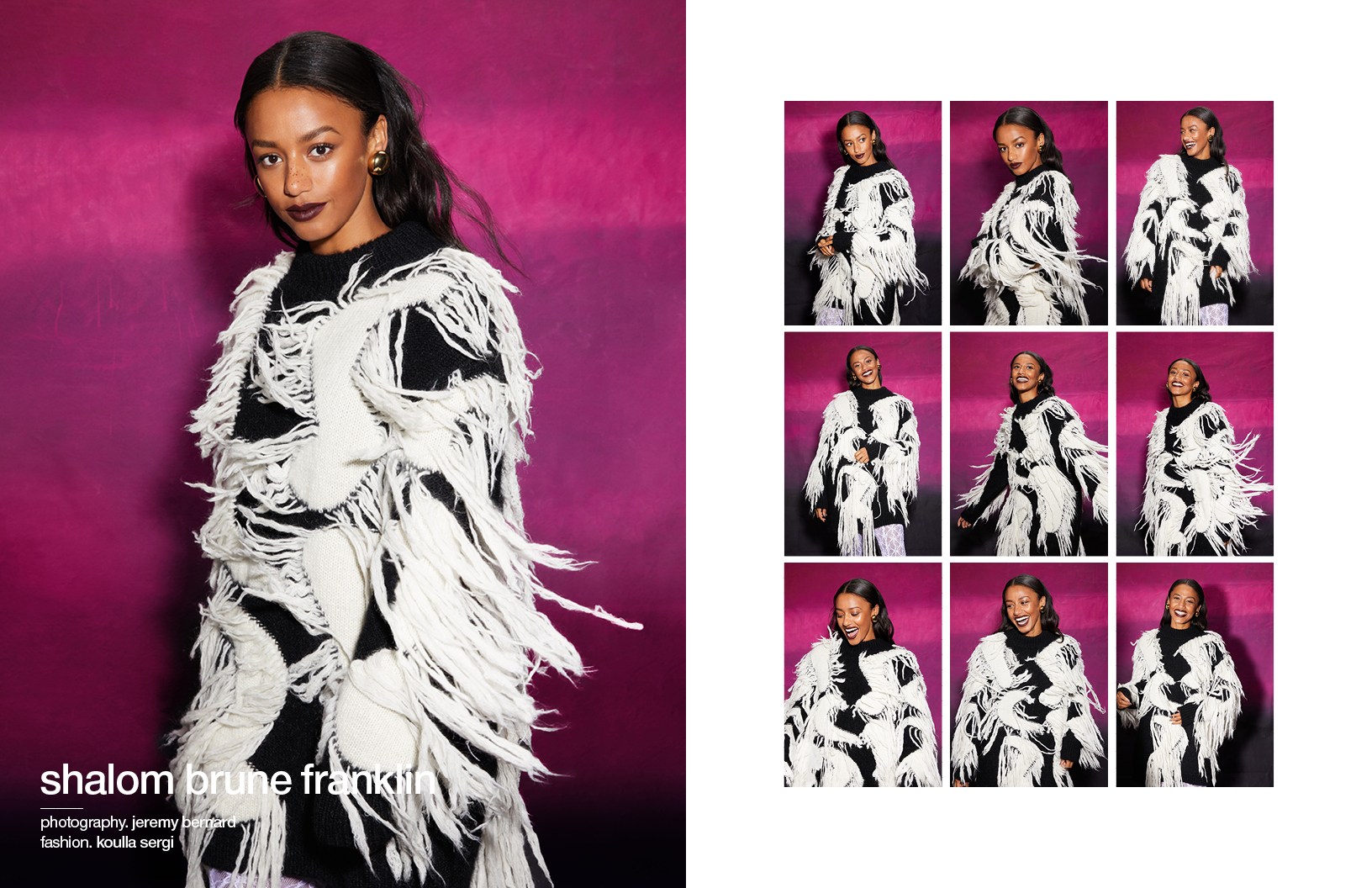 Making her debut in 2016 as part of the Australian series Doctor Doctor, English-Australian actress Shalom Brune-Franklin has since been making a name for herself all around the world. The talented star is now premiering her latest role in The Tourist, a thrilling and mysterious story about self discovery. Brune-Franklin steps into the multi-layered plot as Luci, a complex character and captivating character. Schön! speaks with Brune-Franklin about her career, personal life and of course, The Tourist.

Back in your school days, you were a star athlete. Did you ever consider a career in sports prior to your decision to become an actor? How do you think athletic training has influenced your work today?

I loved sport growing up. I always wanted to play a sport professionally. As a kid I thought that would be the ideal job, because doing something I loved so much for a living seemed like the best possible outcome. So, in a way, I still feel like I got to do something I love; acting was just a passion I found much later on.

During your education at Western Australian Academy of Performing Arts, you were honoured with the Chris Edmund scholarship. How did this achievement impact the start of your acting career?

It was the freedom it gave me to chase down opportunities both on the other side of Australia and the UK. It allowed me to do things way quicker than I ever would have been able to on my own. I owe a lot to Chris Edmund and feel so grateful to him not only for the award but for admitting me into the acting course to begin with. 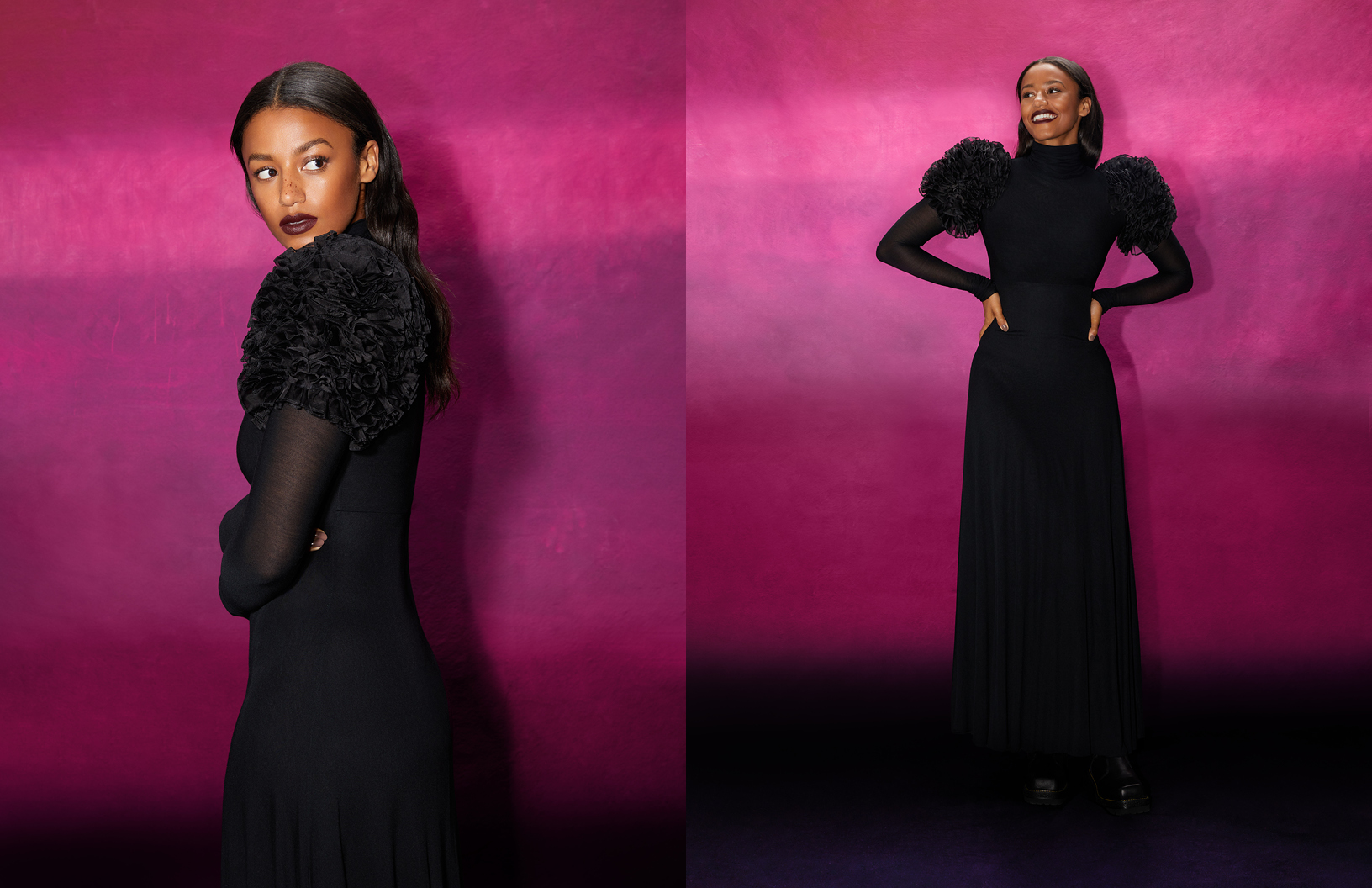 Throughout your career, you have worked both within England and Australia. As an English-Australian, what do you like most about each location?

What’s the most interesting part of being an actor to you?

The work you do to create a character and tell their story. I love it. I find it hard to articulate, but I just enjoy bringing a great character off the page. I also love the amazing and creative people with whom I get to work alongside doing that.

As an actor working across countries, how do you maintain a healthy work/life balance?

I think it’s a difficult thing to find a healthy balance between work/life. It’s something I am constantly working on and getting better at managing as I get older. For myself, my friends and family happen to be split across two countries, so the pandemic hasn’t made things any easier, but there is comfort in knowing everyone is going through the same struggle right now. But really when life goes back to normal, it will be about making the effort to spend time with the people I love most and making sure I’m truly present when with them and not preoccupied with work. 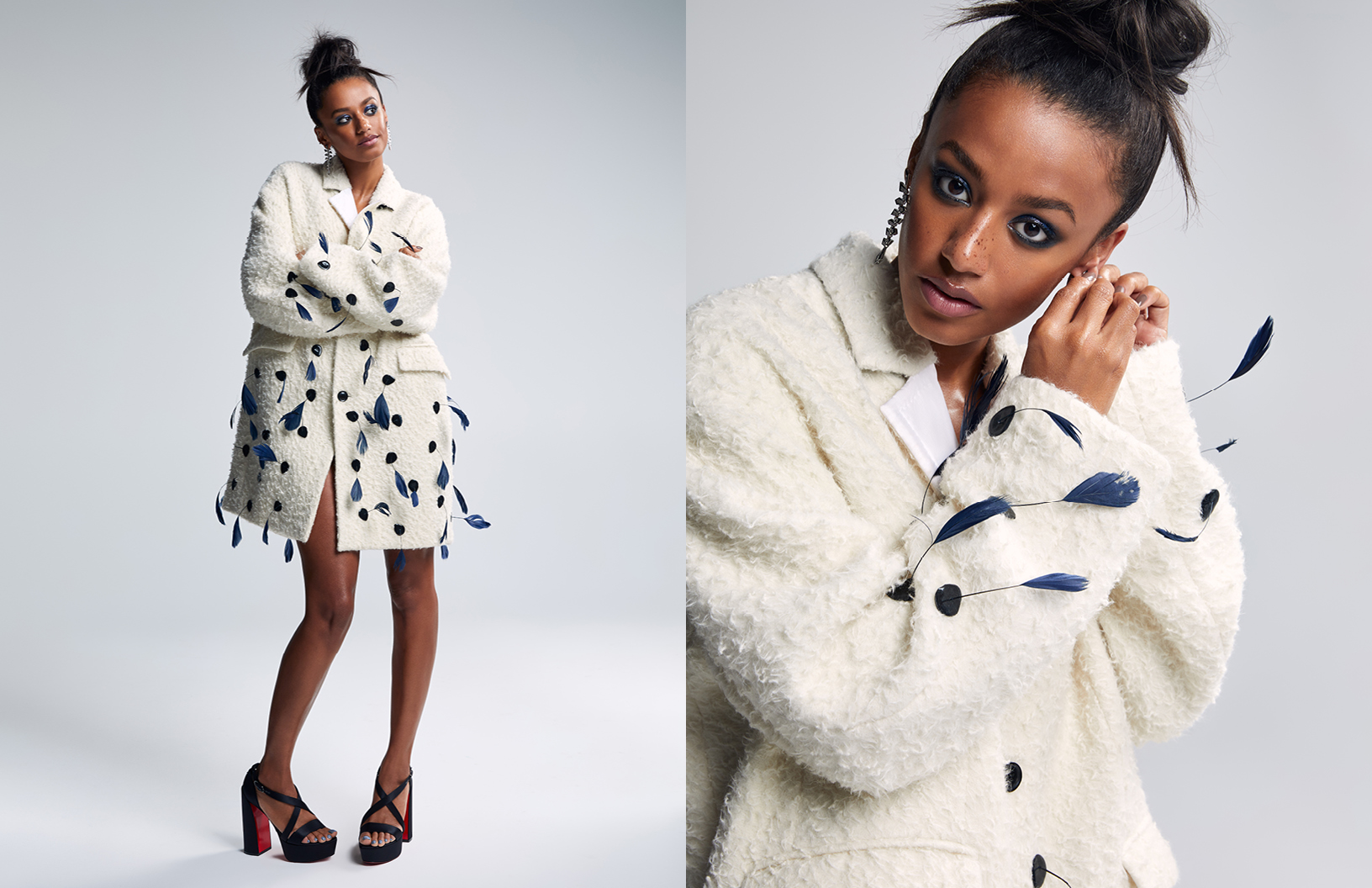 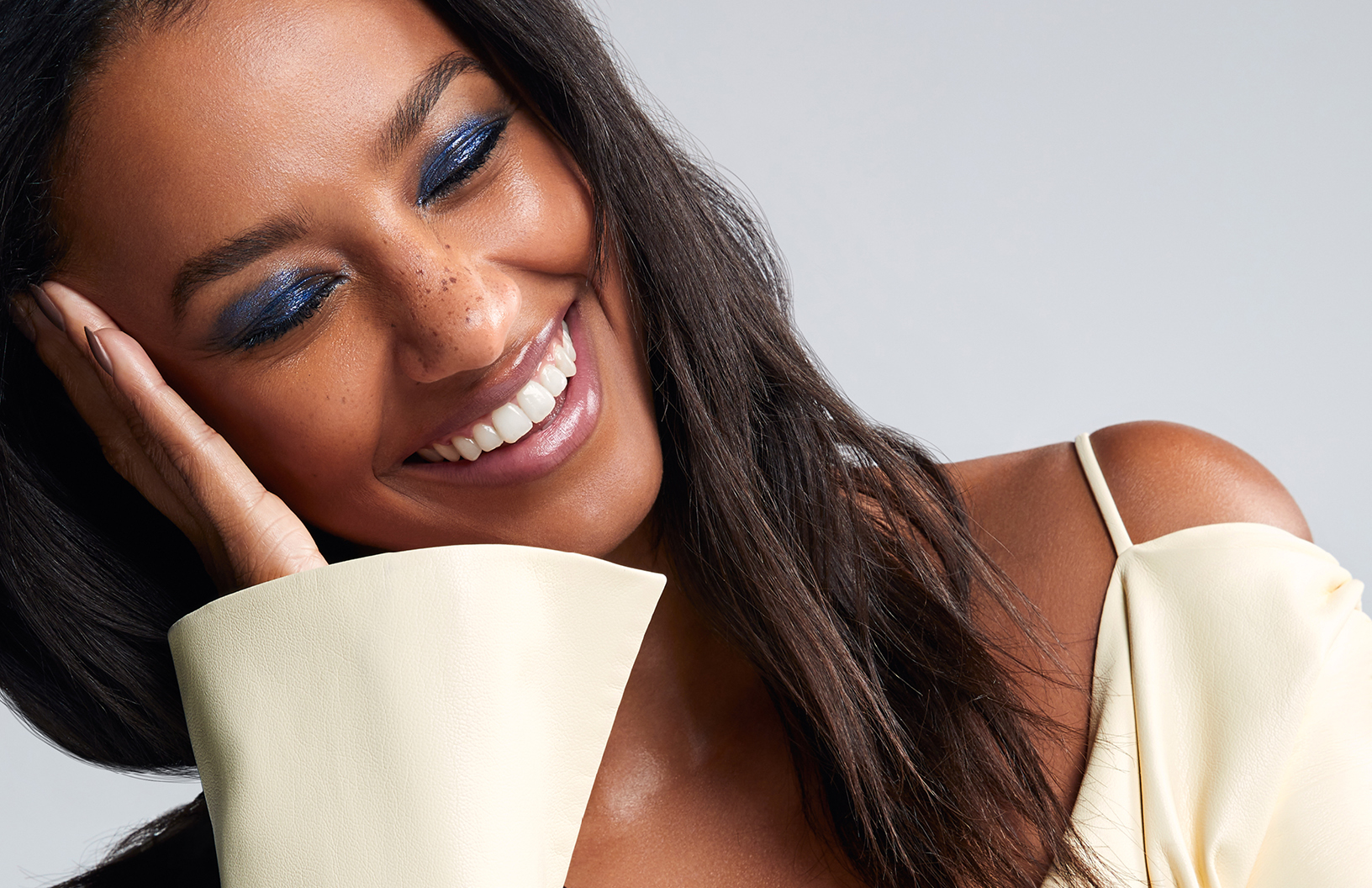 Let’s move on to The Tourist. What was your reaction upon first reading the script?

I was so excited by this script. I will always remember the feeling of finishing that first episode. It was like nothing else I had ever read. It’s so unique, quirky and delightfully strange. The characters are fantastic, and at the heart of this show is a mystery that is genuinely different to anything else I’ve seen done before. It’s also really funny; the show has a very dark subject matter, but Harry and Jack Williams really manage to make you laugh even in the bleakest of moments. I think that is something that is not easy to do!

You play the character of Luci — a waitress who joins the protagonist on his journey of self-discovery. What drew you to the character?

She was a great woman to play, a really intriguing character. Someone who made fascinating choices that confused me. I was instantly excited to understand why she does the things she does in this story, and to really play and have fun with those things. I have never had this much fun with a character before — I found her really freeing and completely twisted. She was one I was really sad to see go.

We’ve heard The Tourist is the biggest television production made in Southern Australia, providing over 120 jobs for locals. Did the impact of the series influence your decision to be a part of the production?

Absolutely. It’s exciting to be a part of something of this scale and in a great place like South Australia. The SAFC (South Australian Film Corp) and film crew in South Australia are incredible people to work with. I felt very grateful to be welcomed in the way we were and to experience working there. I’d also never been to SA before. I found the beauty of the outback there so captivating and really think Ben Wheeler our DOP has done such an amazing job capturing what that feels like.

The plot of the series is highly unpredictable. What are you most excited for the viewers to see?

The cliff-hangers! It really is so unpredictable. I’m excited for the theories that people may have about what is going on. I remember trying to piece it together myself as I read them — I was completely wrong! 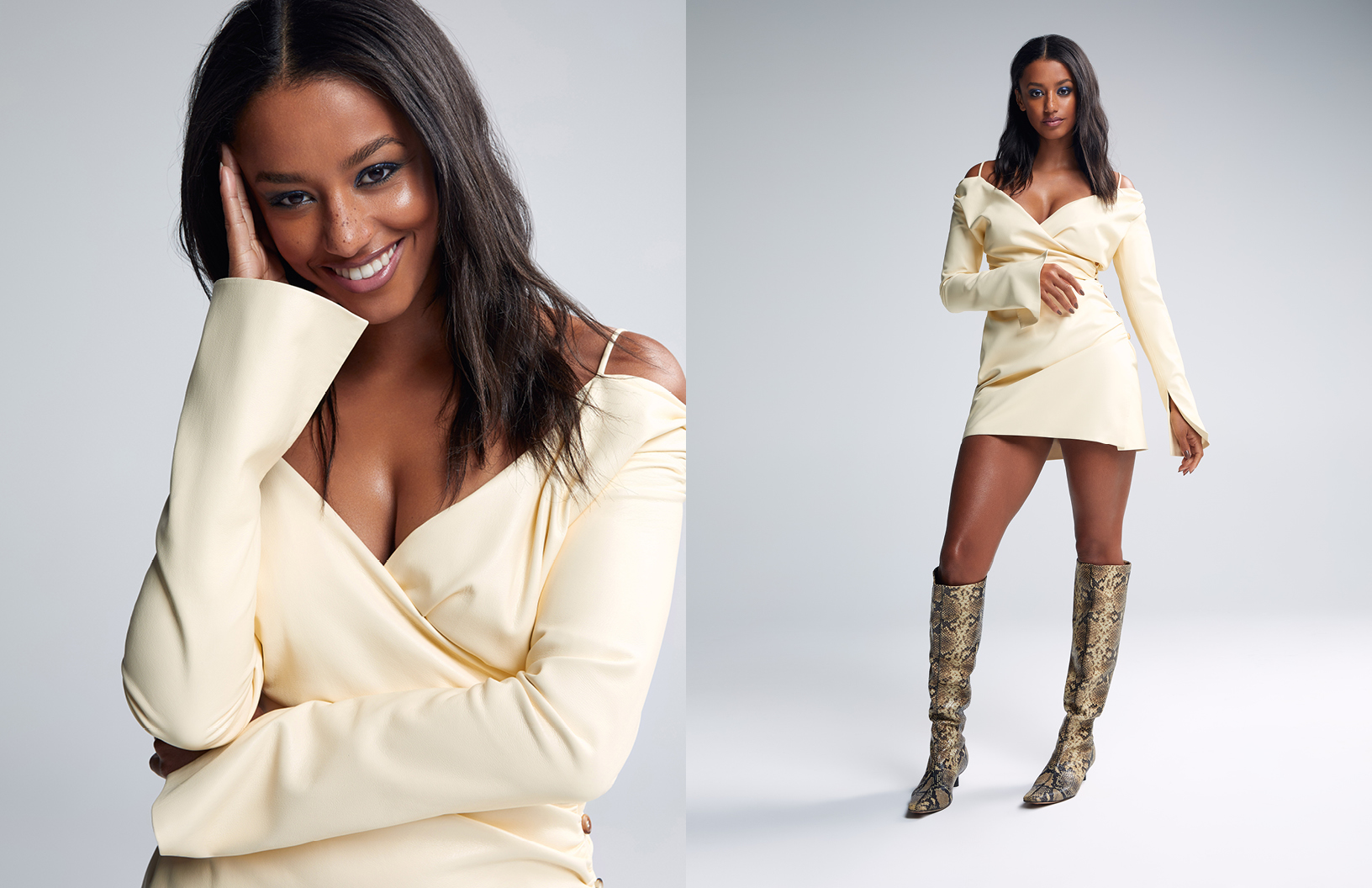 What was the most difficult part of filming through the pandemic?

We were very lucky on The Tourist to get through our shoot relatively freely. The last couple of weeks of filming there was a small outbreak in SA which almost caused a few difficult situations, but again we were incredibly lucky and mostly unaffected.

How did you prepare for this role? Did you have any techniques to help you perfect Luci’s character?

The preparation in the rehearsal and preliminary chats I had with Chris Sweeney were the key. There are so many different ways Luci could be interpreted, and it was overwhelming at first to figure out why she does what she does. But he had such a clear idea of her motives, and I found that certainty so exciting to work with. He knows exactly what he wants and he completely trusts in you and gives you the belief you can do absolutely anything. He makes it feel so easy. Having that trust with Chris from day dot is what helped me so much with creating her.

What are your plans for the near future?

I’m really excited for The Tourist to air. I also shot a great series called Love Me back in Australia… Next year looks like it’s going to be a lot of fun. I’m not able to talk about what I’m up to just yet, but I will say I am very excited to be shooting here in London and making that my home for the time being. It’s a step in the right direction toward finding that healthier balance. 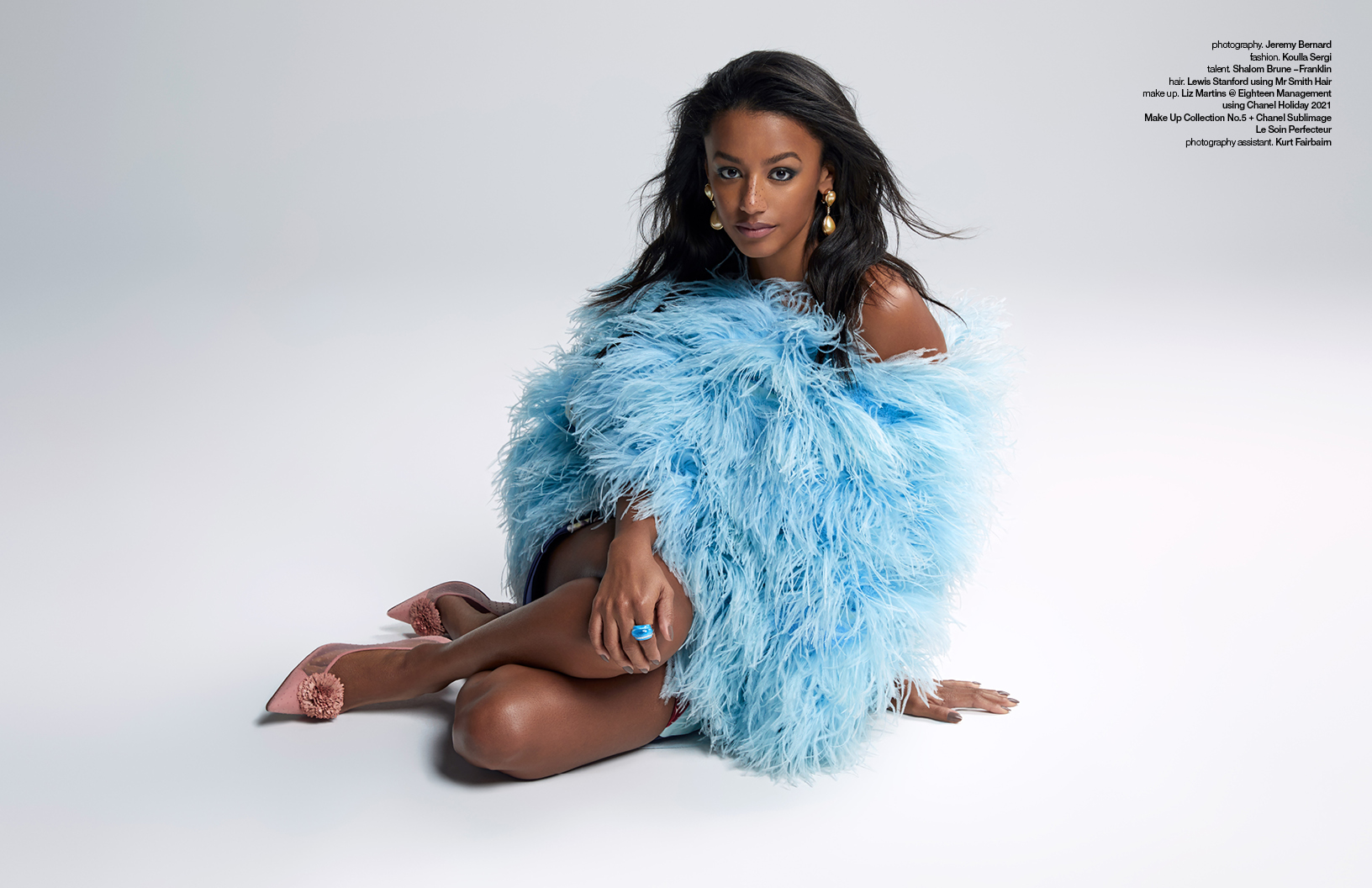 The Tourist is currently airing on BBC One and iPlayer in the UK and HBO Max in the US.