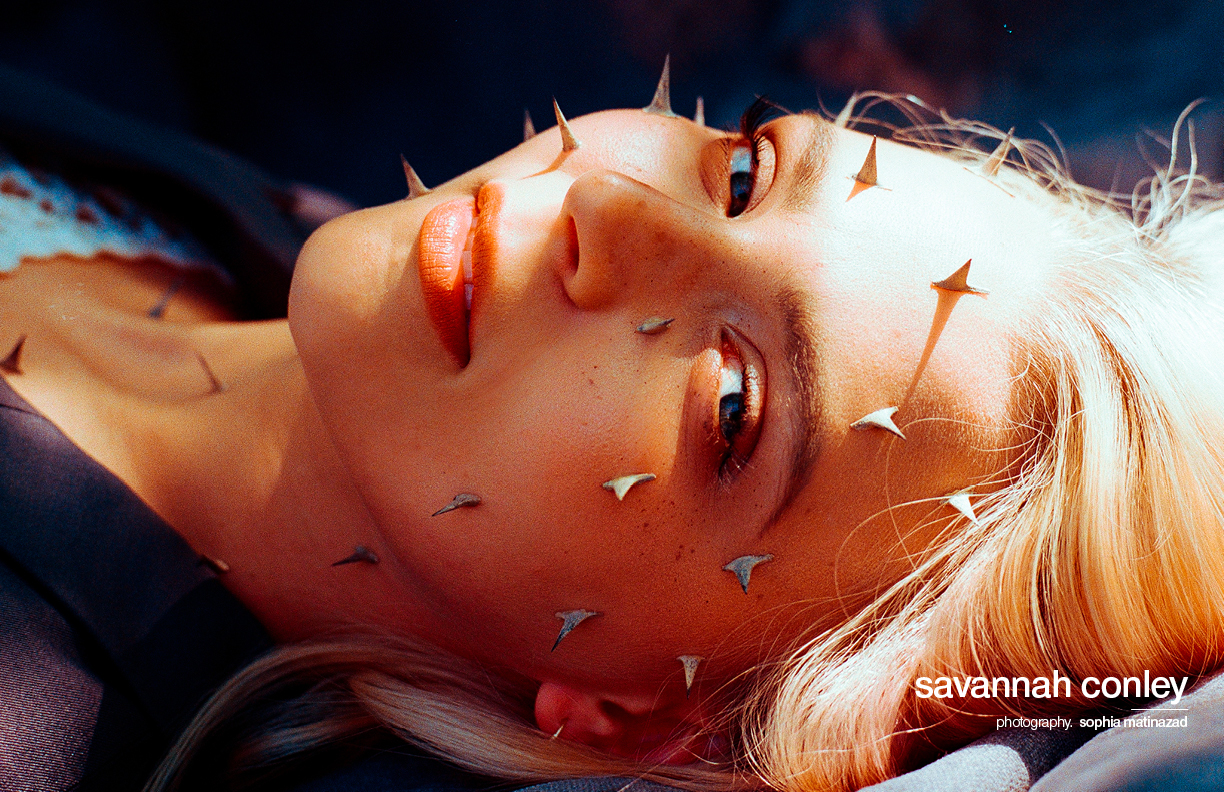 Savannah Conley’s music is a lesson in self-expression and vulnerability. Her sound captures a certain cinematic nostalgia that make her words feels like your own. Nowhere does that unique quality shine more than in her latest EP. Surprise, Surprise offers a confessional insight into Conley’s early twenties. Throughout the six-track record Conley reminisces on lost love and heart-break tinged memories. Her haunting vocals feel like warm whisky and a solo road trip, while her diary-like lyricism is tenderly paced, pensive and patient. The EP’s minimal production pulls from a kaleidoscope of genres like Folk and Country’s acoustic melodies. It feels personal, candid, inviting and warrants a repeat listen.

In this exclusive Schön! online editorial, the talented Nashville-native was photographed by Sophia Matinazad providing an intimate snapshot of the rising star.  “I wanted to capture Savannah in a way that felt delicate and at the same time strong. It felt right to have a portion of the shoot take place in her hometown where she feels most connected with the community and landscape,” Matinazad tells us. “Sophia is my favorite person I’ve ever worked with. Not only can she literally do it all, but she is also kind and full of joy. I’m lucky to call her a friend. When she brought this idea to me, using two juxtaposing ideas of who I am, I was in,” says Conley. In an interview with Schön!, she tells us how she’s been navigating lockdown and why she’ll never take company for granted.

How has creating during quarantine been for you?

Quarantine did not inspire creativity in me as it did in some. For the first two weeks, I did write a lot and get a lot of recordings done that I had been meaning to do. But after that I very much felt drained and uninspired. There was just so much tragedy and limited real life.

What would you say you’ve learned from having more alone time?

I enjoy alone time as a recharge but it has never come extremely naturally to me. Having that much time alone was absolutely a learning experience for me but I really missed my friends. I think everyone began to have a newfound extra appreciation for the people they love. In the beginning of the pandemic I lived alone, but a little while into it, decided to move in with a friend. I hadn’t had roommates in a long time and it was such a fulfilling experience to get to be around people I love so much all the time. I don’t think I took the people in my life for granted before this but I absolutely won’t ever after this. 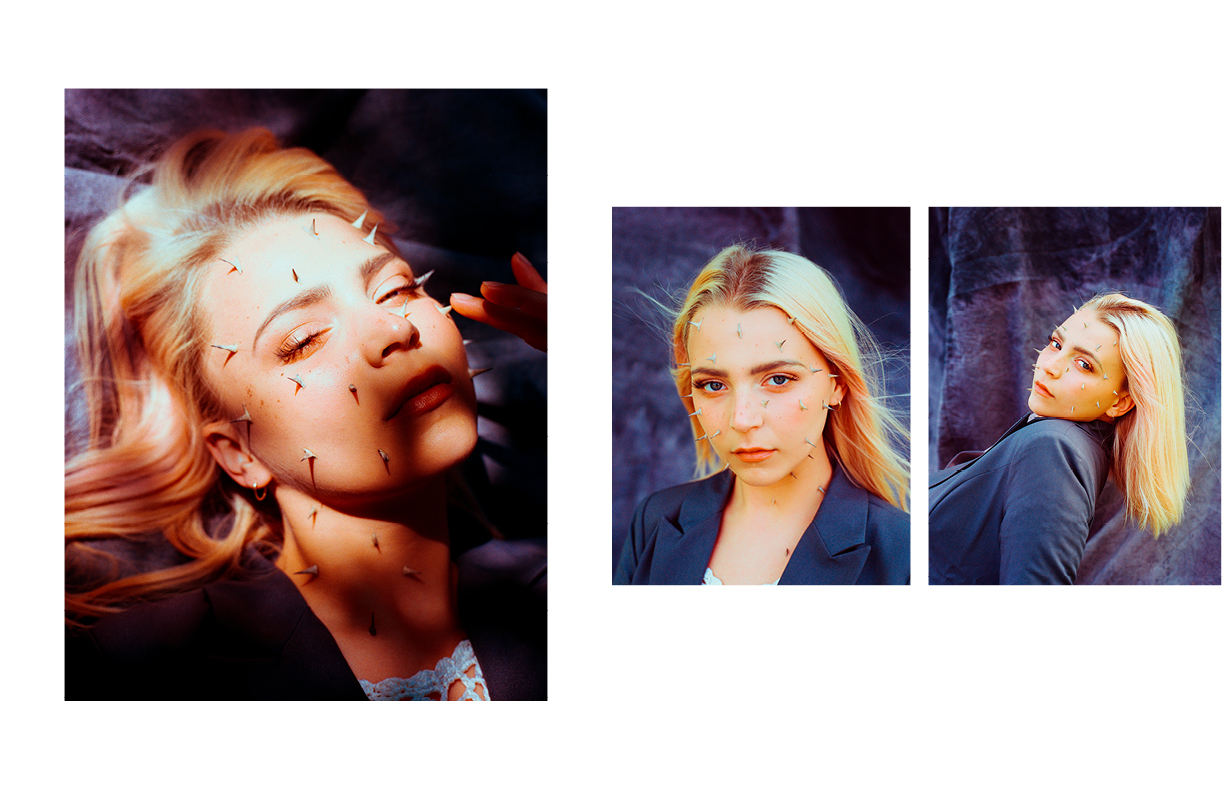 How do you think growing up in Nashville shaped the kind of music you’re making today?

Wherever you grow up has an unavoidable impact on who you are and what you make. For me, I appreciated the music that Nashville is known for, but I never really identified with it in a way that connected to me. I didn’t really feel drawn to music until I started hearing the stuff my cousins and teenage family members were listening to at the time. It was all indie rock and americana that I had never heard before. When your whole family plays music there is an element of rebellion to creating a different kind of music than they do. So, I think Nashville shaped me in rebellion as well as my roots because, don’t get me wrong, I fucking adore Dolly Parton.

What was the soundtrack to your teen years?

Oh man, well when I got this question I went ahead and pulled up my playlist from my junior year of high school and the first three artists were Modest Mouse, Feist and The Strokes. That’s a pretty good assessment of that period of time. I also listened to a lot of Neil Young for sure.

What first drew you to songwriting?

I don’t really remember to be honest. I think I just had a lot of big feelings that I was too embarrassed to say out loud, so I wrote about them instead. What themes were you trying to explore in your EP Surprise, Surprise?

I think the overarching theme was just a group of songs being written in my early twenties. A lot of shit goes down in your early twenties. It’s really when you’re starting to figure yourself out but you’re not a full fledged adult yet so it’s still really messy.

Can you share the significance behind your EP title?

It’s got a couple of different meanings that come along with it. The track with the same name is the most personal and visceral song on the EP for me. I also liked coming out with a project called Surprise, Surprise after three years of not putting out any new music. It felt a little tongue in cheek to me.

How do you think your sound has evolved since your first EP?

I think it’s evolved quite a bit just as I’ve evolved quite a bit. I’m of the mindset that if you’re making music as yourself and not anything else, it’s only natural that it would progress or change in tandem with you growing and changing as a person. I respect bands that have what they do and do that forever. I sort of envy it. But, for me, progression just happens in my life and it reflects in the music. It sounds so douchey but it’s just true.

Is there a song on the project that feels particularly sentimental to you?

The title track Surprise, Surprise is the one I hold closest. It’s still hard to play live sometimes.

What do you think your EP says about where you are right now?

Oh shit I don’t know. I think I’ll be able to answer that question in ten years maybe but not right now. I have no idea where I am half the time anyway. 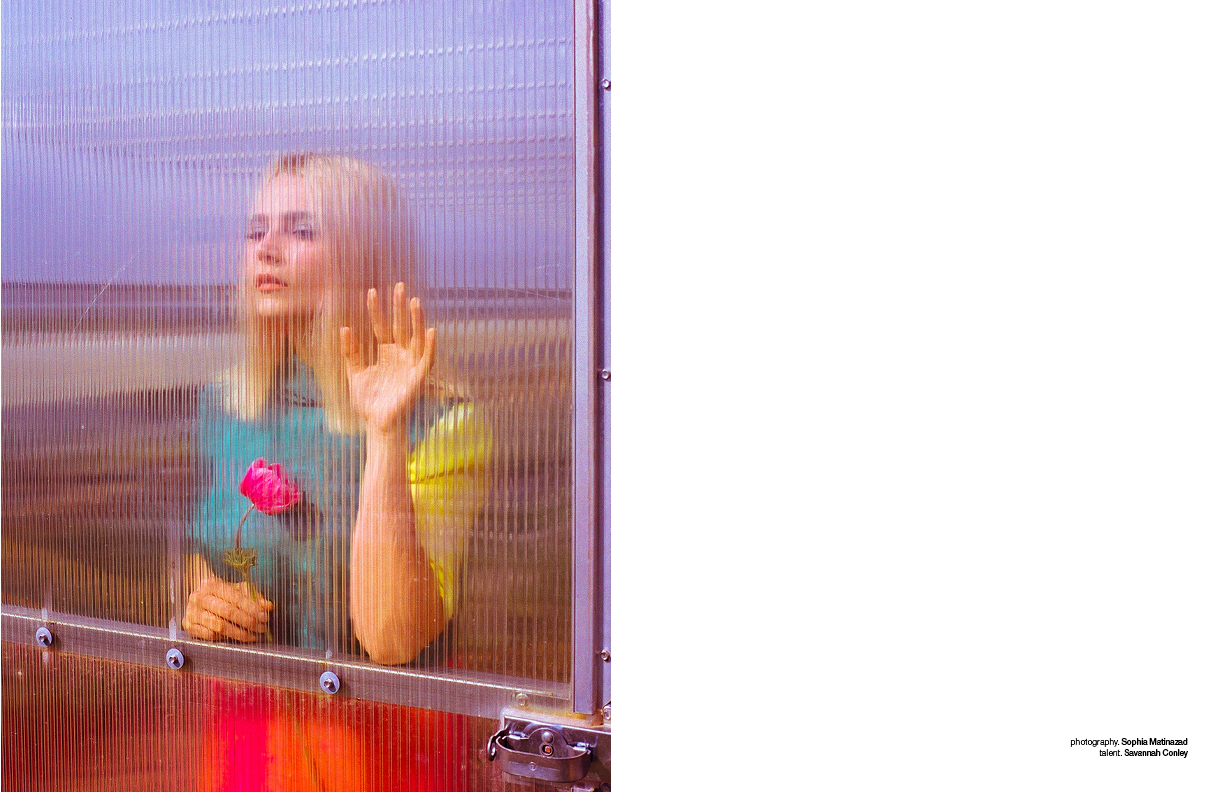