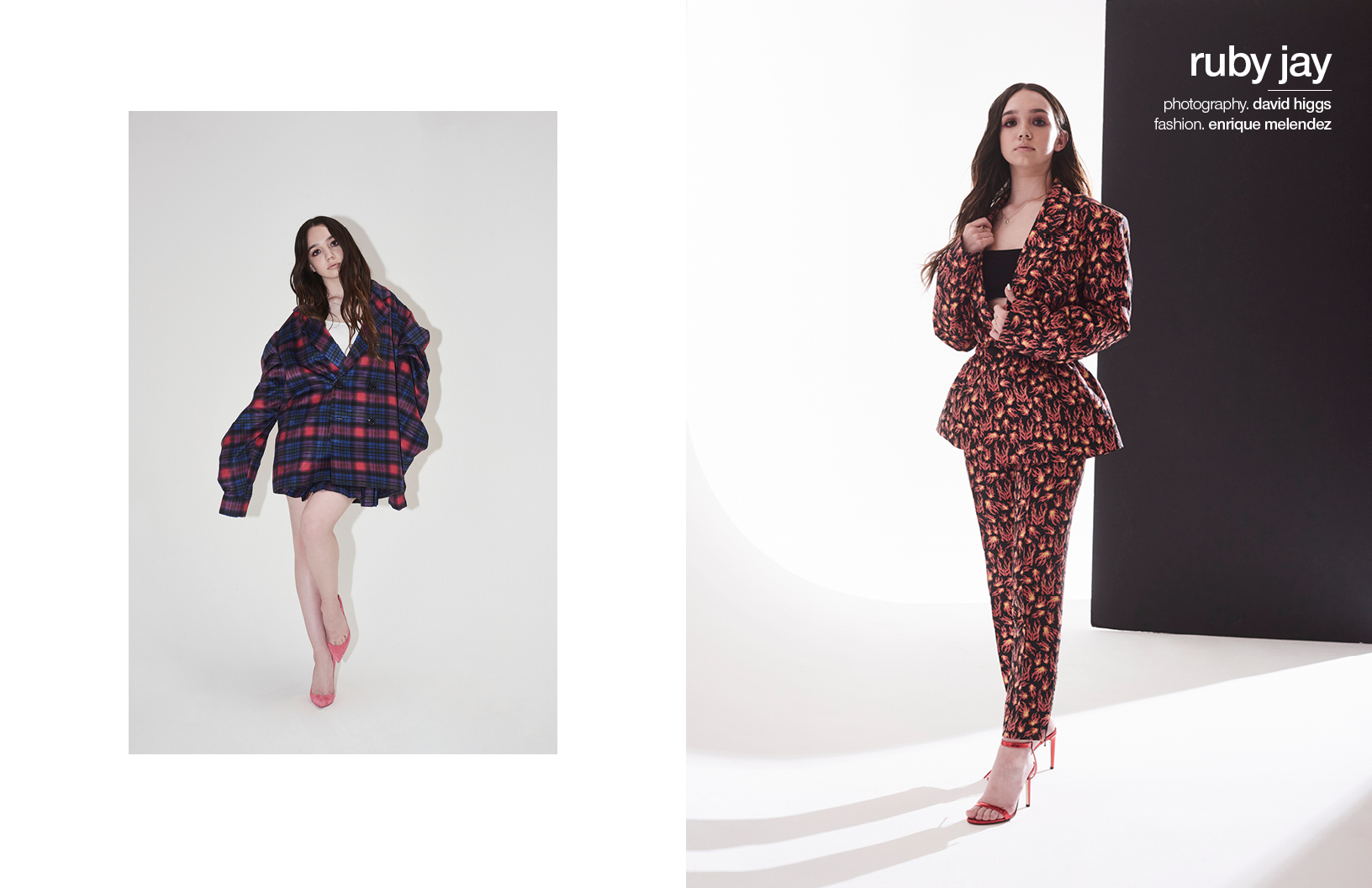 Tis’ the season, and Ruby Jay is here to spread some festive cheer with her newest single “My Favorite Christmas.” And even though she is only sixteen, you can find her throughout the industry — Jay is on TV, film, musical theatre and even has her own YouTube channel. Currently, the multi-talented actress plays Holly in the Hulu original Holly Hobbie and Grace in the CBS sitcom The Unicorn. As Grace, Jay is the oldest daughter and supporter of her father on the show, a widower who is back on the “crazy rollercoaster that is dating.” Jay spoke to Schön! about her creative process, her experience as Grace and what is next for her music.

Hi Ruby! How have you been doing this year? What did you do during quarantine?

I’ve been doing really good! I’ve been keeping myself busy with crocheting, video games, school and we started filming recently! Navigating through a pandemic and filming on set has definitely been interesting. Very grateful to be working!

You have a musical theatre background. Was there a clear moment you knew you wanted to transition into TV and film?

I’ve always wanted to be involved in all areas of the industry — TV, film and musical theatre. When I discovered TV, film and theatre at three years old, I didn’t stop asking my parents about it. I’m having so much fun in the industry, and I can’t wait to do another musical project and hopefully get to Broadway one day.

Amazing that you also have your own YouTube channel! What is your creative process for the channel?

Most of the time my YouTube channel is for any music-related things I do. So when it comes to my creative process, it usually starts with me sharing a cover song or releasing a song that I wrote. If it’s a cover song, I will make a simple one-shot video to post on YouTube or create a full music video for my original music. It’s so much fun creating these mini music videos. YouTube has always been such a cool, creative platform for artists. 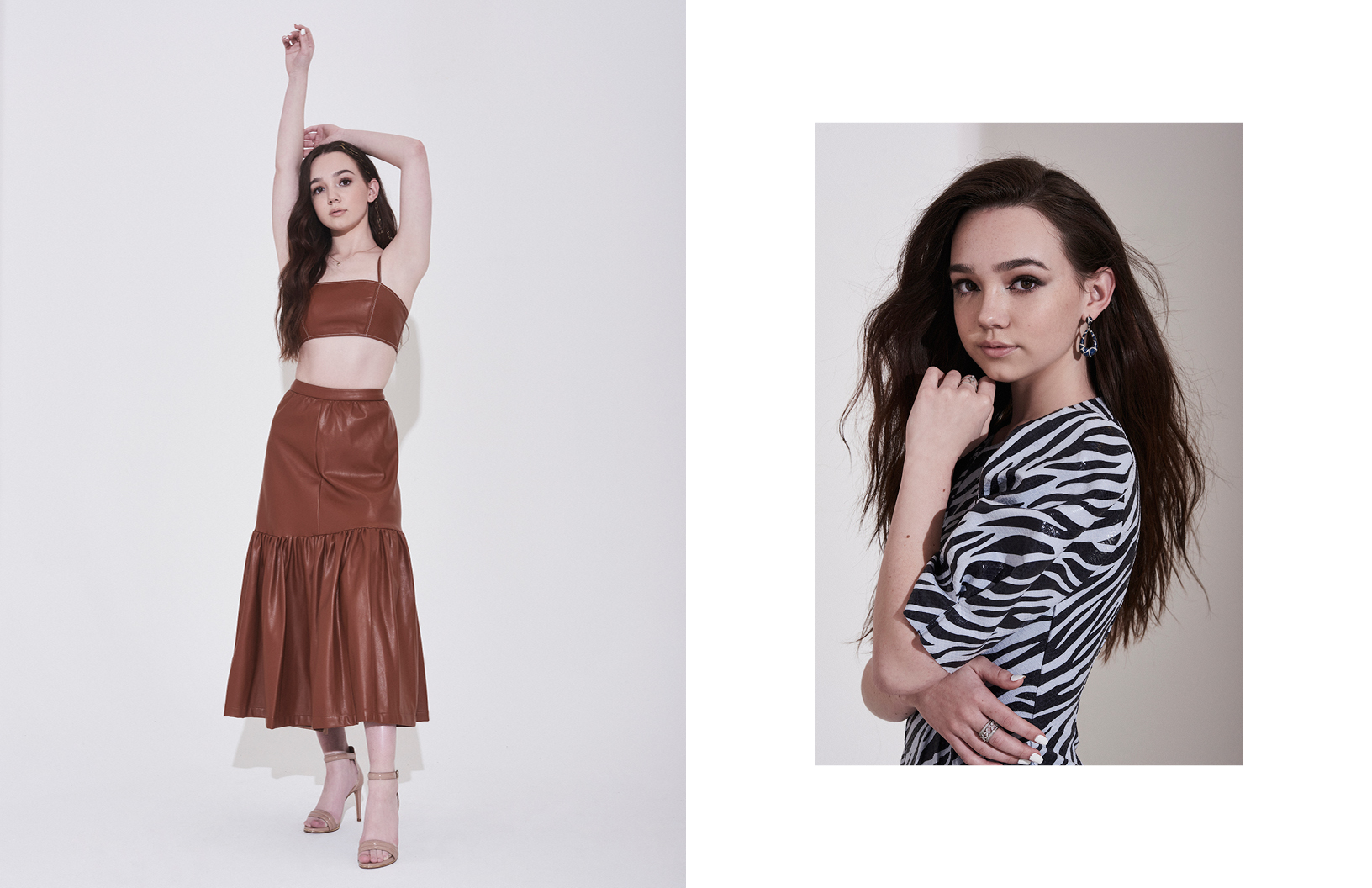 What do you do differently to prepare for an acting part versus a vocalist role?

For both of my current roles [Holly Hobbie and The Unicorn] I would obviously prep the scenes I was given, read them over and memorise them. The only difference would be that I would prepare a section of a song for the vocalist role on Holly Hobbie. They usually ask for a 30-second clip, so I have a few songs that I usually pull from and choose the best clip for the character. For Grace on The Unicorn, I didn’t do a lot of research on the subject — losing her mother so young — because just thinking of her thoughts made those emotions easy to find. But for other roles that I’ve auditioned for definitely require research, such as a historical piece or medical condition.

Aside from doing two things you enjoy — singing and acting — how are you similar or different to Holly in real life?

I’d say Holly and I are certainly similar in some ways. For example, she doesn’t always make the right move. But when she makes the wrong move, she does everything she can to fix it. This is something I do. We both also absolutely love our family and friends and are very passionate about what we do.

To those that haven’t seen The Unicorn, can you explain what it is about in your own words?

The Unicorn is a heart-warming comedy about a widower who is a father in his journey of re-entering the dating world. The cast and characters are hilarious and support him through all his ups and downs on the crazy rollercoaster that is dating. I play Grace, his oldest daughter and biggest family supporter.

Grace is quite different to Holly. What was your first reaction when you read the script for Grace?

What is your favourite Grace memory so far?

My favourite memory as Grace was filming episode five in season one. Grace joins a school musical, and I got to perform and sing in the episode. Such an amazing experience!

Season Two of The Unicorn began production in October and is currently airing. What can we expect from Grace in the second season?

So far, Grace is calming down on the whole mischief thing and is maturing in Season Two. She has some major life milestones, and filming them has been so much fun. Lots of fun scenes with the rest of the cast coming — can’t wait for you all to see it!

The show is a comedy and drama touching on very real and relatable themes of love, loss and navigating social media/apps. What do you hope viewers take away from the show?

I hope viewers will feel warm and get a nice distraction from reality after watching the show. We talk about very relatable life experiences on the show. You will see that good and bad things do happen in life. But hopefully, the show will encourage people to look at these situations in a more humorous and positive light. 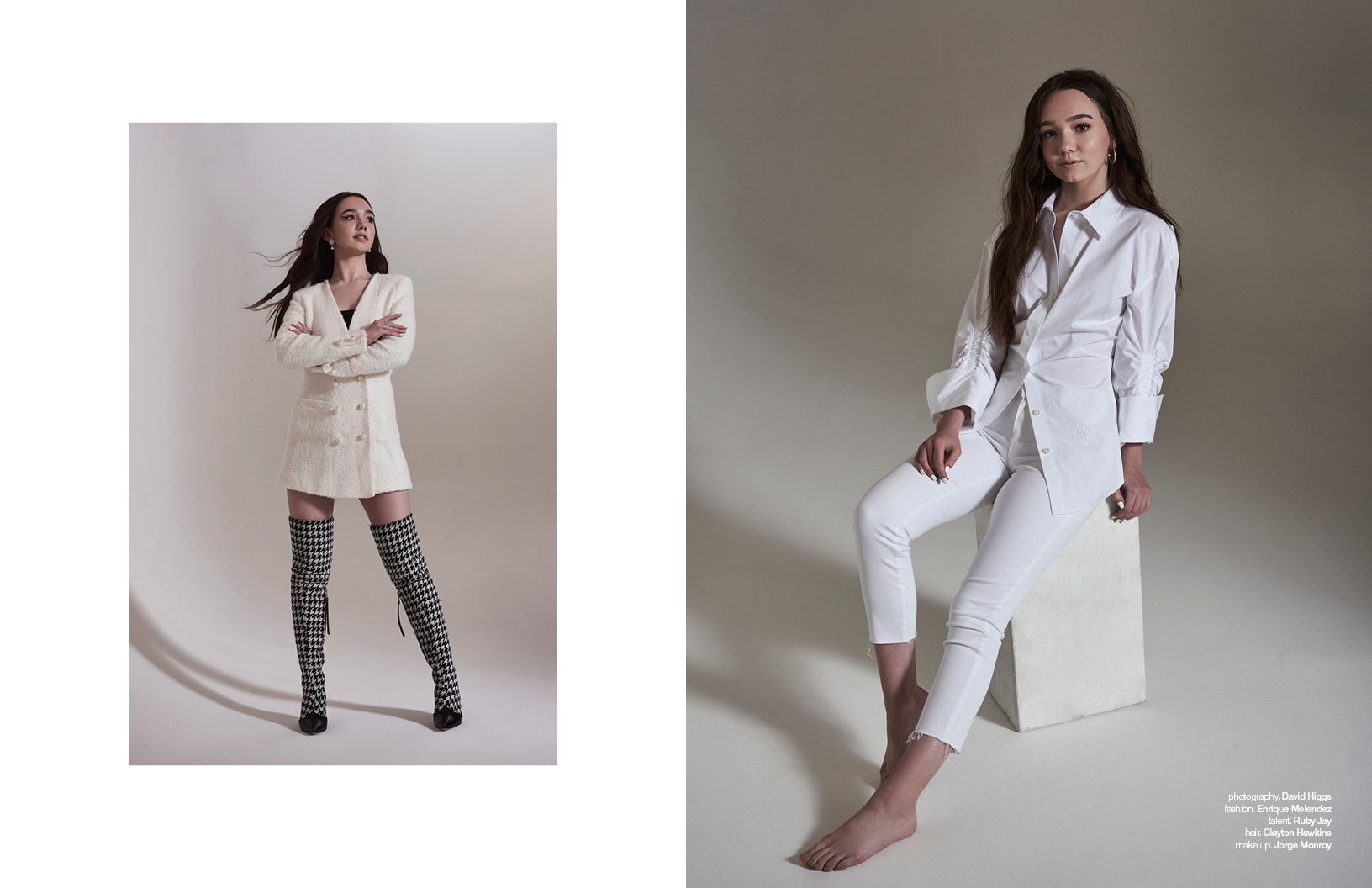 Given the cast and the comedic element of the show, are there any funny behind-the-scenes stories you have from filming?

There are way too many to count or share just one, but I will say that everyone in the cast is so close to each other. We all feel so comfortable around each other. We are one big happy family, and I couldn’t be luckier to be in such an amazing cast.

What type of role do you want to try out next?

I’d like to tackle a more dramatic or theatrical role at some point in my career. It has always been my dream to be in a medieval fantasy show — stay tuned to see what happens.

What can you tell us about your new holiday single?

“My Favorite Christmas” is a fun, upbeat holiday song filled with holiday cheer! It makes you want to get up and dance with those you love. With everything happening this year, I wanted to emphasise the happiness that the holidays bring to the world. Hopefully it will add a little bit of joy to someone’s life.

What else do you want to do with music in the future?

I hope that my music will continue to grow in the future as I continue to find my voice and that it will resonate with people no matter what the song is about.

What are you most looking forward to right now?

Currently, I’m just looking forward to being out of quarantine and being able to see my friends and family again. I’m sure many others can relate, too.

The Unicorn is currently airing on CBS. “My Favorite Christmas” is now available on all major streaming platforms.