Using usual objects in unusual settings or materials, multidisciplinary artist and designer Rolf Sachs’ take on the world is unexpected, witty and humanising. In his latest exhibition Typisch Deutsch? (‘Typically German?) at the MAKK museum in Cologne, Sachs explores stereotypical German characteristics and presents them as often humorous sculptures and installations. Schön! caught up with the artist himself ahead of the exhibition opening to talk national clichés and self-reflection.

In typisch Deutcsh? You manifest clichés of German nature as installations and sculptures; are you aiming to disconnect these clichés or emphasise them?

I had realised how the perception of Germany has changed. Even in England, which had always had a very sceptical view of Germany, with the papers still including an article a week about the Third Reich, and in School you still only learn about the Third Reich. The change in perception probably started with the football championships; people suddenly became aware that Germany was a bit different to the image. Germany was also one of the most important European countries in terms of art in the second half of the twentieth century.

I consider myself to be more of a European citizen than specific to one country. I was bought up half in Germany, half in France, and I live in England. I think I’m part of the first post-war generation to have this international identity. My grandfather was of course totally German, my father then became more international, he became a Francophile and lived in Paris in the postwar years; but despite this my creative language, my artistic language is German.

I want to show what is special about the Germans. One should never forget about the Third Reich. It is still unexplainable. It is time now to show what other things there are in Germany. Whilst is a bit of a cliché, it is a very positive message.

What would be your most and least favourite German clichés?

The stereotypes, such as the punctuality, the narrow-mindedness, they don’t have a great sense of humour… but the country works. The English have a great style of life, a great eccentricity, but the country doesn’t work. The clichés of Germany are good ones, they shouldn’t be seen as negatives. 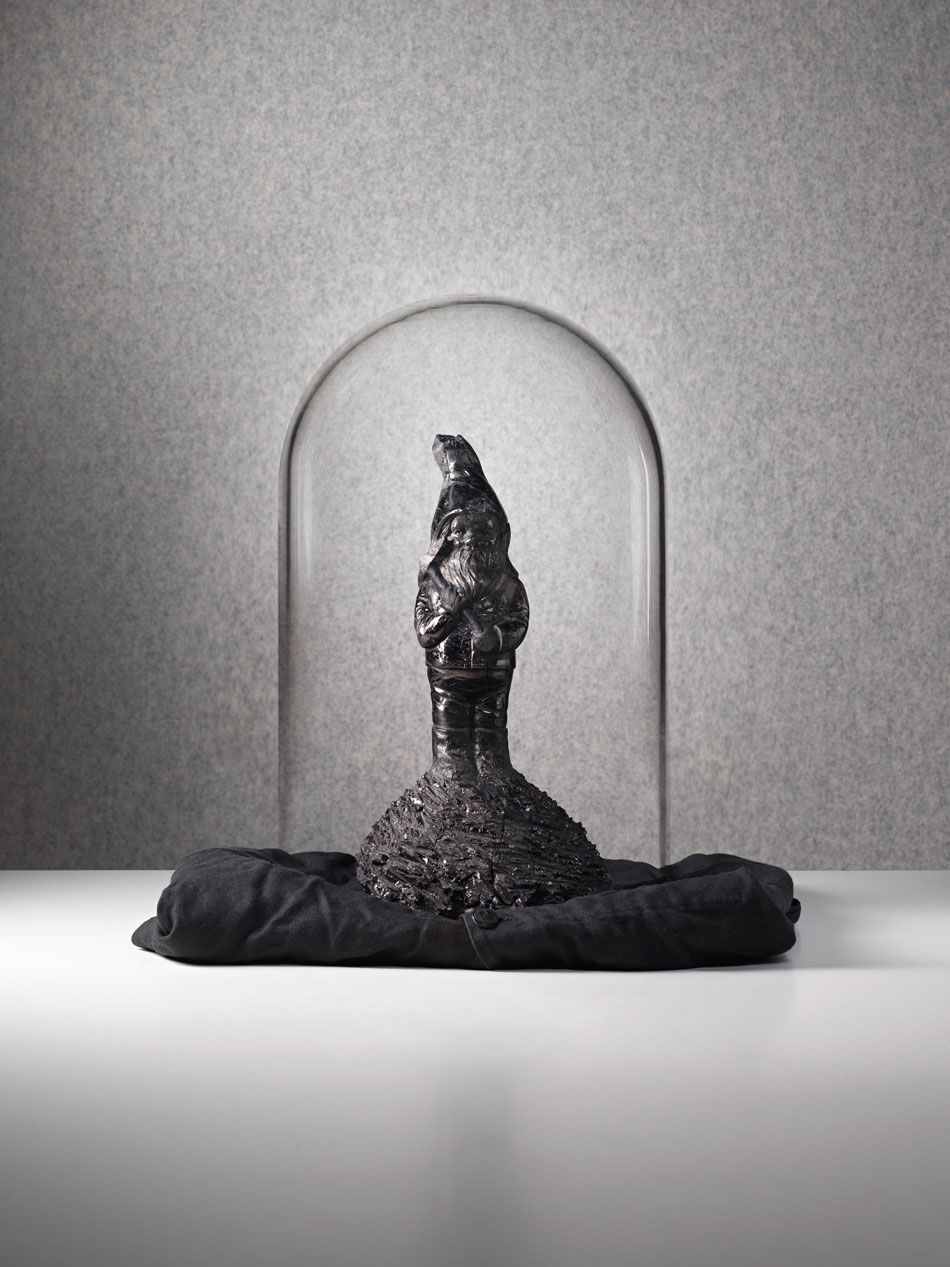 Has working on typisch Deutsch? made you re asses your own identity as well as Germany’s?

Working on this, I have reassessed my attitude. And of course I was probably unconsciously searching for my own identity. I was brought up by my grandmother, as my mother died very young, and she was very German. I went to international boarding schools, afterwards, so that changed who I was.

Art is a very global thing, but you have very strong movements. There are strong Schools. I think what happened in the second half of the twentieth-century is that art moved from the Catholic world, from a very opulent world, to the Protestant world. This Zeitgeist very much fitted the German mentality. We had strong Art schools, strong artists who came out of them.

This is your first solo exhibition; why have you waited until now to go it alone?

I have been featured in exhibitions, but I’ve never had a solo museum show, and for this project the message worked better as a standalone.

Wit plays a large part in this exhibition and your art; why do you choose to work with humour in this way and do you think that art is better received by the masses when it is humorous?

I always try to change my decorative ideas to an emotional statement. I take objects which are extremely simple in their functionality, but of an incredible beauty, and I just change the material and it has a sculptural value.
I once made an installation for the Victoria & Albert museum, with a drop that was falling from a 30 metre height into a bucket. I’ve reinterpreted this installation this year with the drop now coming out of a pen. I took it as an act of romanticism, because it expresses that movement very well.

Your website is really quirky and good fun. Do you think it is important for artists to be forward thinking in digital form as well as in their art?

It’s something I live. Being a creative person, you soak it up in the air. I want to communicate more, I want to increase tolerance, be more open minded, open up dialogue – this will always help the world.

Typisch Deutsch? Is open until 21st April 2014 at the MAKK Museum in Cologne.