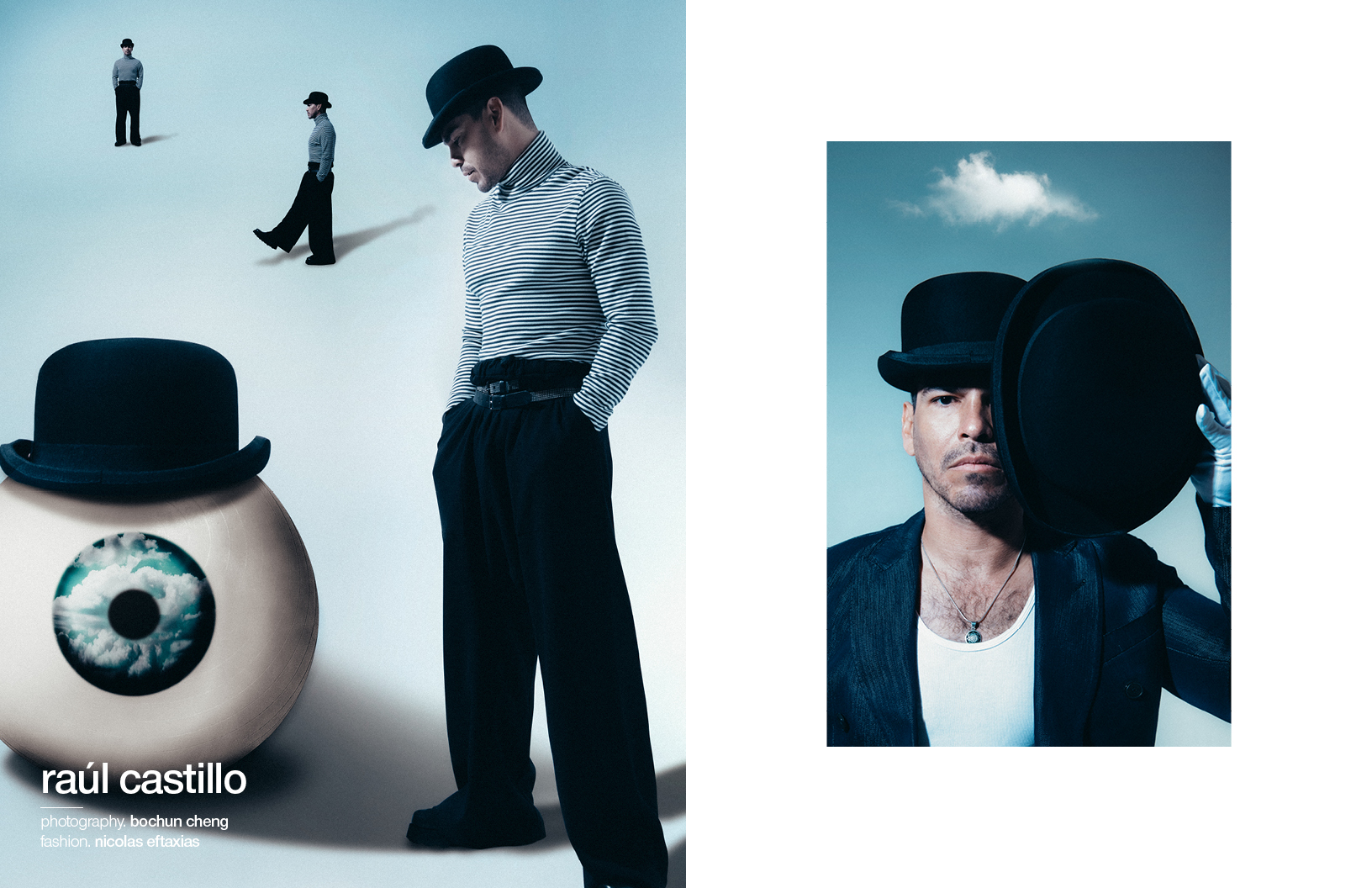 It has been an eventful year for Raúl Castillo. From a former combat veteran in Wrath of Man to a vampire hunter in Night Teeth, his versatility gives life to any character, carrying the story along with charm and exceptional skill. His latest role, Arthur in the fantasy thriller Mother/Android, finds him in a war between humans and sentient robots.

“Arthur is a scientist and survivalist who desperately wants to help the young, soon-to-be mother at the centre of the story,” he shares with Schön! On the heels of such a busy year, it would be natural to assume that his previous roles affected this latest endeavour. Not necessarily so, he details. “In some ways, nothing could have prepared me for Mother/Android,” Castillo starts, “and in other ways, they all prepared me for it.”

Mostly, the actor credits both his time as a live actor onstage and writer Mattson Tomlin in developing the role. Tomlin, Castillo details, gave him “so much to work with, and so much room to explore and be creative”. The result is a project that, despite its sci-fi setting, has a wholly human and relatable core. “[It’s] a deeply moving story and a very personal story about two young people who have to make these brutally hard, life-altering decisions,” the actor shares. “​I think most people can relate to that.” 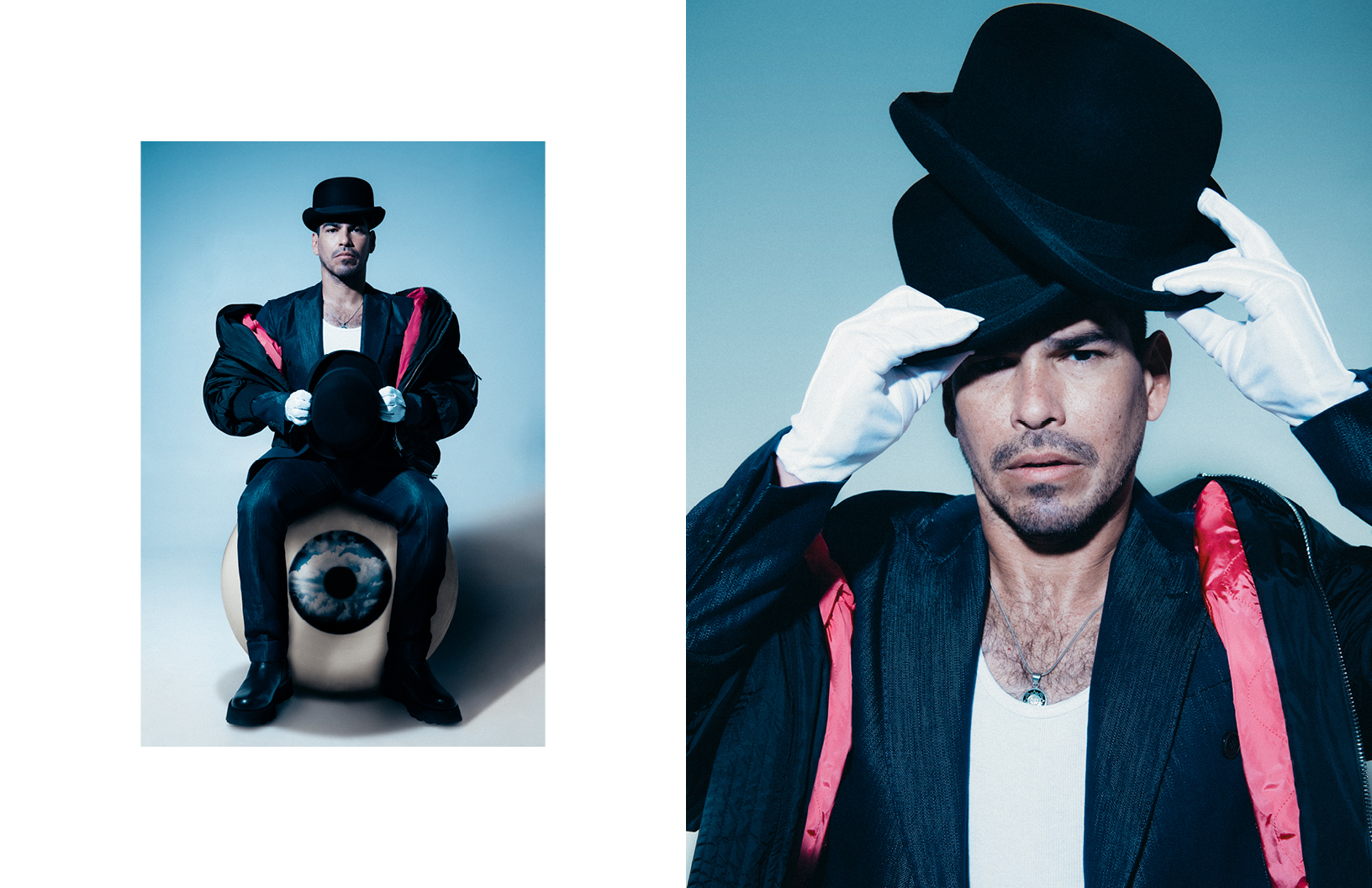 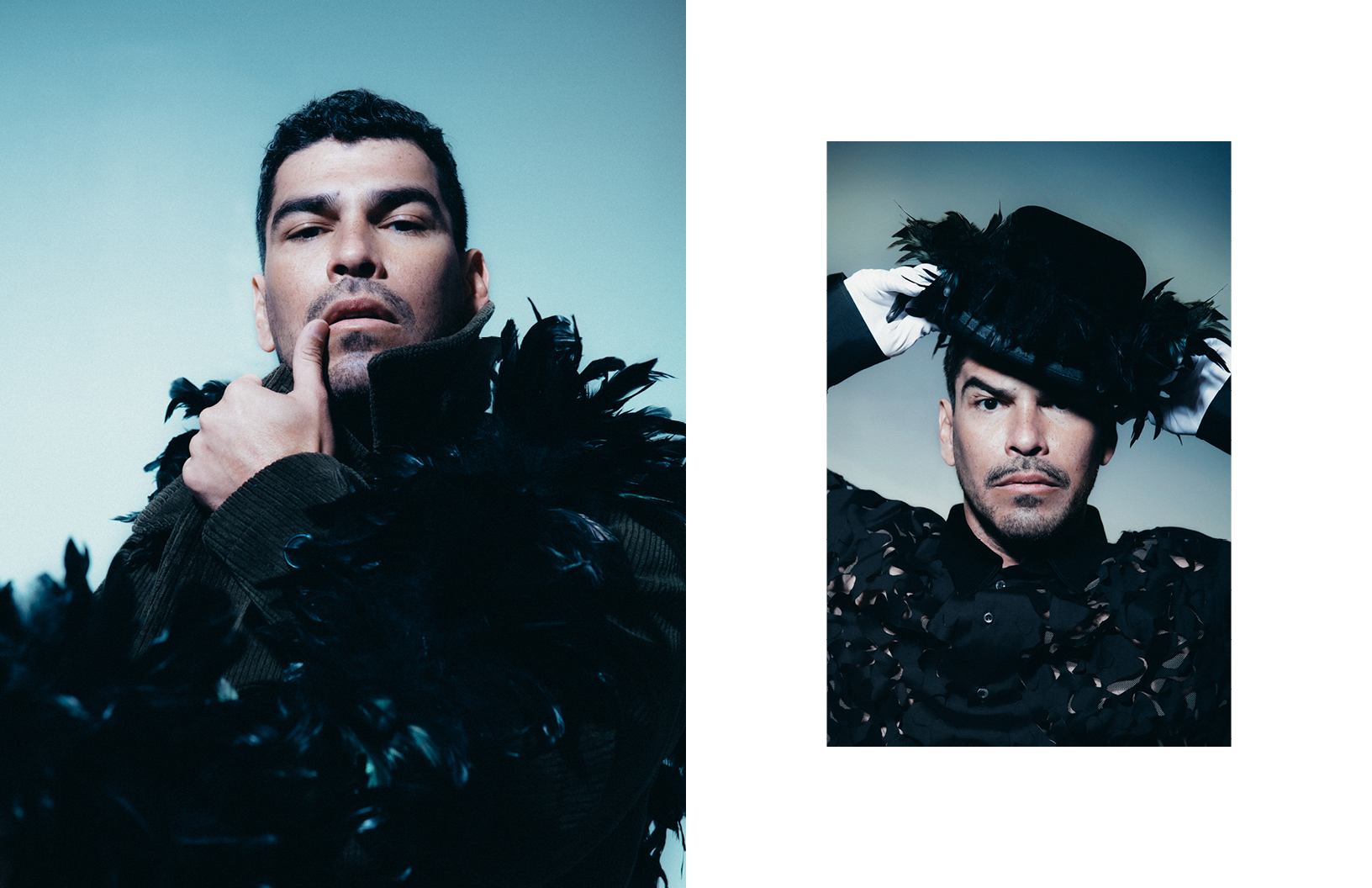 Castillo also recalls how his other interests away from set have influenced his performances. For example, his time as a bassist in bands taught him lessons he still carries to this day. “I worked terribly hard to have a stage presence,” he remembers. “It taught me to draw attention. You gotta have a presence on stage — otherwise it’s boring to me.” This went on to influence his playwriting, which also illustrated to him the importance of collaboration. “This is a collaborative medium by nature, storytelling,” Castillo reminds us. “You have to learn to check your ego at the door. The story is the thing; everything else is bullshit.”

Castillo finds that his education continues every day on set. Recently working on several action films, the actor has come into contact with a host of stunt performers — people for whom he now has incredible respect. “There is no room for error, so communication and trust are paramount,” he notes. “It’s a good reminder, as an actor.”

With a range of story ideas, Castillo is eager to experience the other side of the film production process. As the writer within him influences the roles he portrays, he ponders the idea of expanding that interest by becoming a producer, initiating his “own projects and getting in on telling stories from the ground up.” 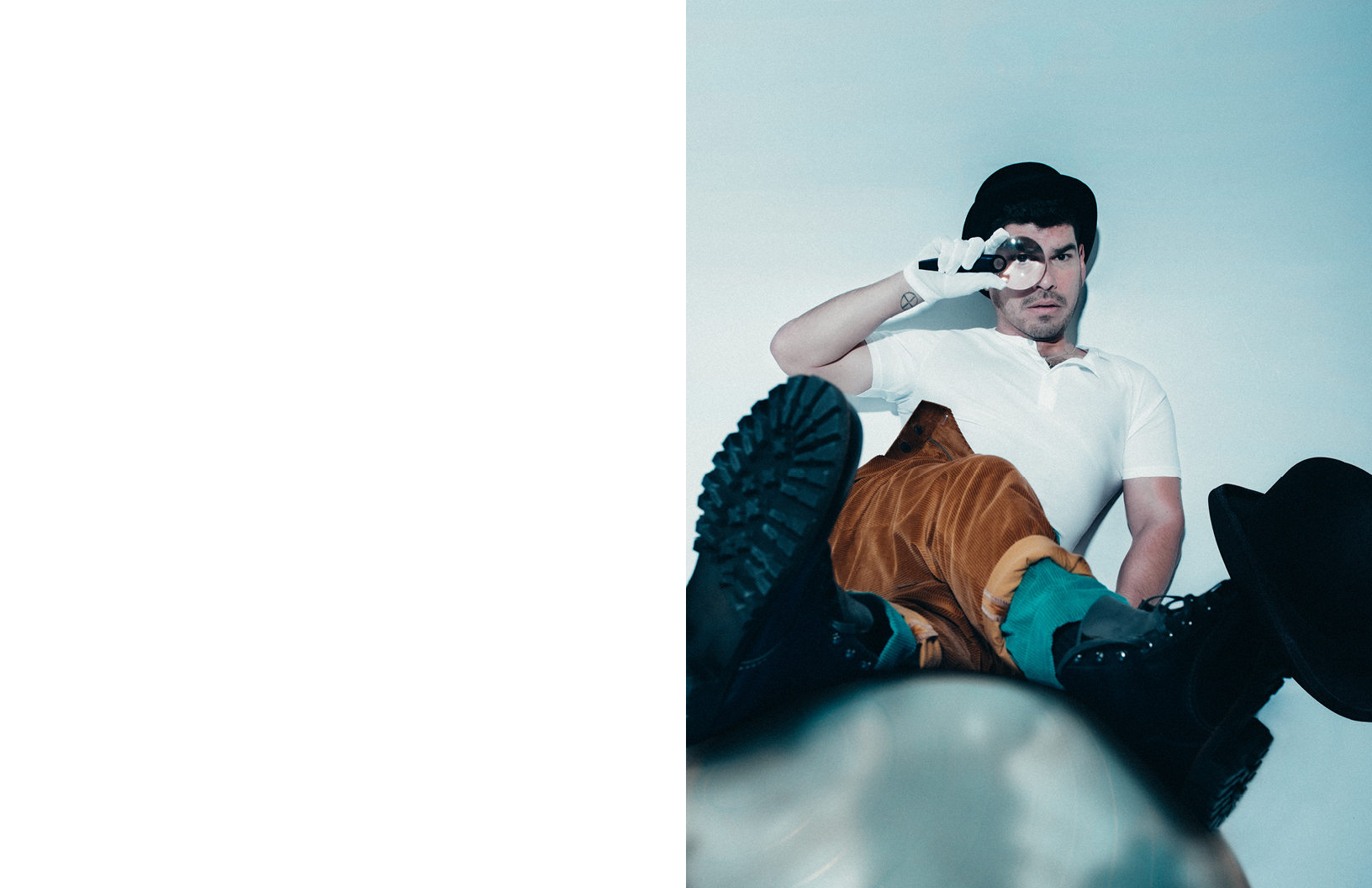 Until then, Castillo trusts his gut to find the right roles. He knows what speaks to him, and he’s excited to dive into even more stories, each one its own pin on the map of his career.

“The films take me back to places in my life,” he says. As our conversation continues, Castillo recalls his time on Army of the Dead with Zack Snyder. Known for his grand films, Castillo shares that Snyder is far more minimalist on set than audiences would believe, removing cast chairs and “all the pomp and circumstance that goes along with set life” t0 “focus on the work.” Without these frills, Snyder was able to craft a cozy and closely-bonded experience in the midst of filming chaos, resulting in Castillo’s favourite keepsake from a film on which he’s worked. “Dave Bautista gave all the cast members chair backs with our names on one side and the Army of the Dead logo on the other,” he remembers.

Audiences can expect to see a lot more of Raúl Castillo soon as he wraps on The Inspection by Elegance Bratton for A24 and sets to premiere Cooper Raif’s Cha Cha Real Smooth alongside Dakota Johnson at Sundance next month. Until then, Castillo is enjoying some time relaxing. As he tells Schön!, “Thank God for the Criterion Channel.” 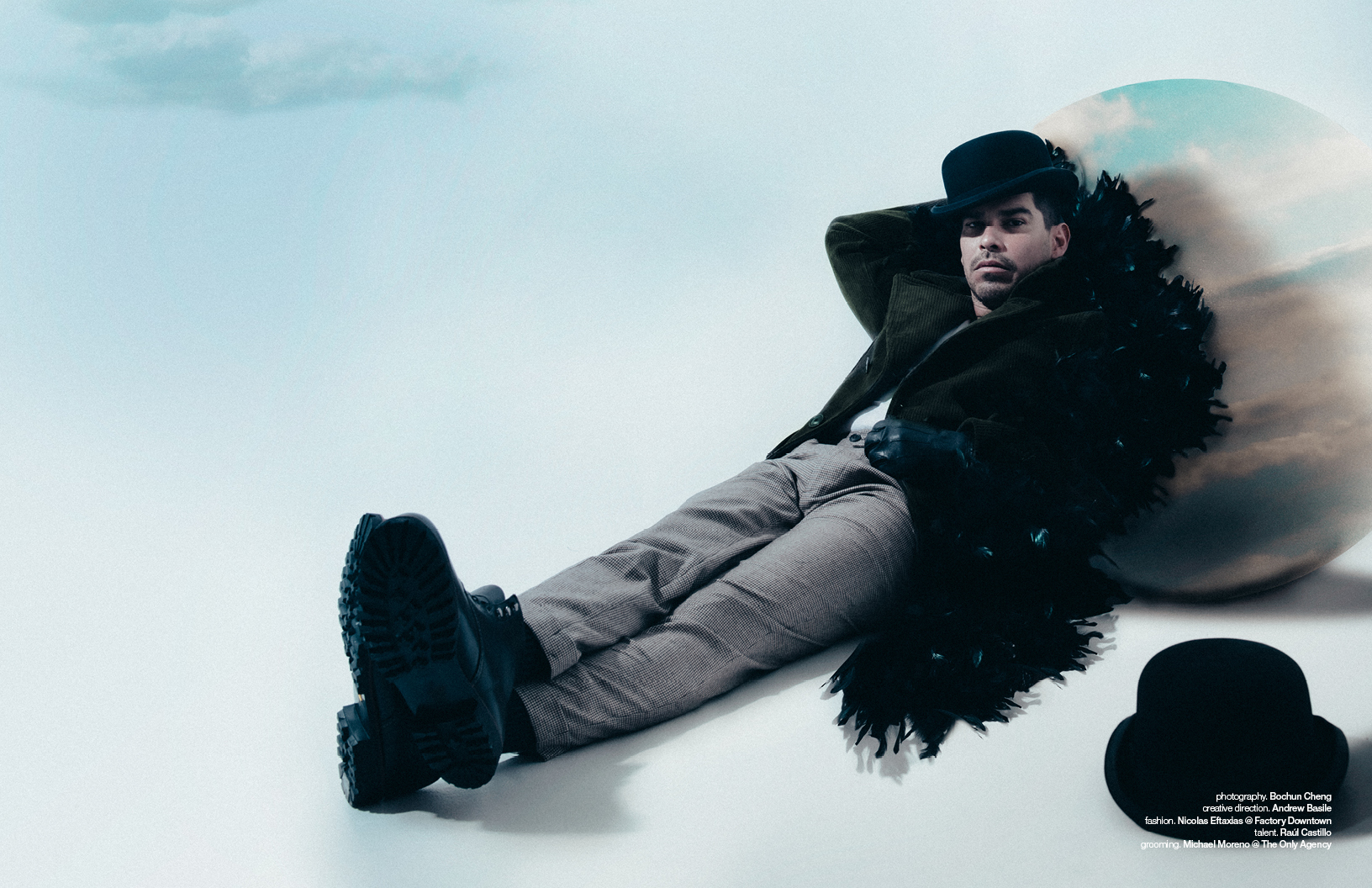 Mother/Android is currently streaming on Hulu.