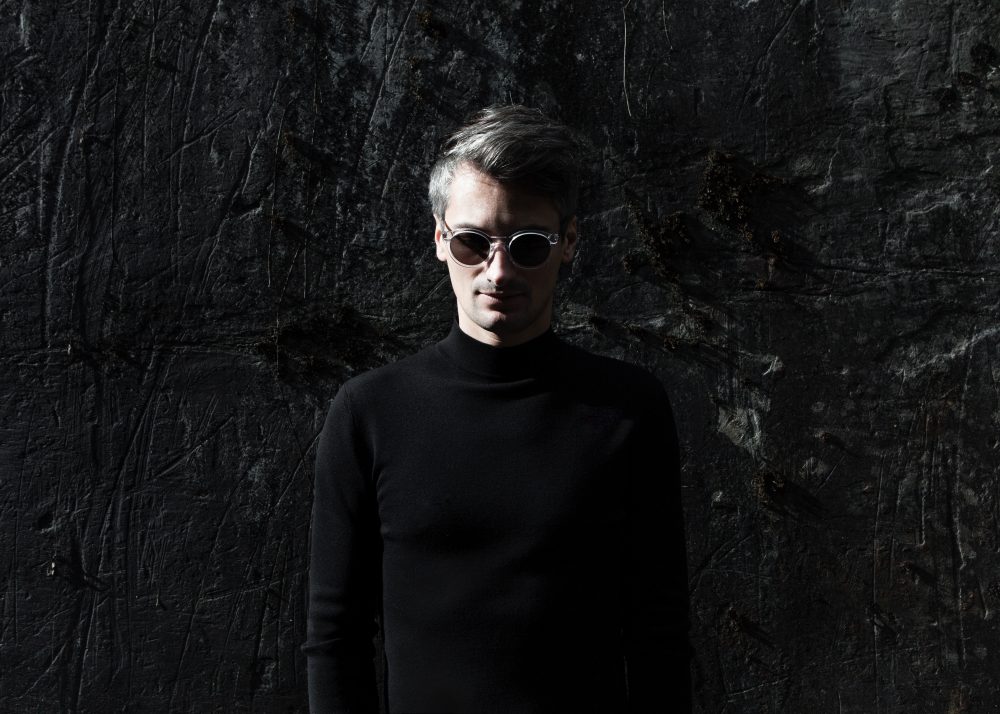 There is no denying music’s intrinsic ability to accelerate our emotions. Whether it’s a film score or a runway soundtrack, music immerses the listener in a way that transcends time and space. It is this unique quality that French electro artist, Prequell, is constantly striving for in his work. Having crafted orchestral pieces for Chanel, Dior Homme and several movies, Prequell is stepping out as his own director with his first solo album ‘The Future Comes Before’. Recorded at the legendary Abbey Road Studios, and inspired by both time and space, Prequell seeks to heighten the senses through the power of electro music. Here, he explores his unique orchestral arrangements, his experiences collaborating with Hans Zimmer’s orchestra, and how art and NASA are beautifully aligned.

Has your classical background influenced your work? In what ways does it make your music different to other electro artists?

Growing up in Dijon I spent most of the week at my local music school learning everything I possibly could: piano, violin, harmony, composition, orchestration. Then at the weekend I’d be watching MTV and hanging out at l’AN-FER, a famous club in Dijon. That’s where I met guys like Daft Punk before their first album dropped, and Jeff Mills who I later collaborated with. At the time I didn’t realise how lucky I was. It was that mix of genres that really inspired me.

Paris has a very prominent electro scene. Has that influenced your work at all?

Yes, it’s definitely a creative place for electronic music. It’s launched some great talent. Daft Punk kicked off the first wave, then Mirwais, then Justice, and now lots of new stuff from my friends.

What made you decide to start performing as Prequell?

I wanted to present something singular and as new as possible. For the past 12 years, I’ve composed for movies, fashion shows and other big events where I was always at the service of a specific project. So performing as Prequell has given me the energy to compose my most personal project to date. My main desire was to produce something without copying any other artist and to only reference the emotions I felt as a teenager listening to Massive Attack, Craig Armstrong or Björk, to name a few, without having to listen to them again. 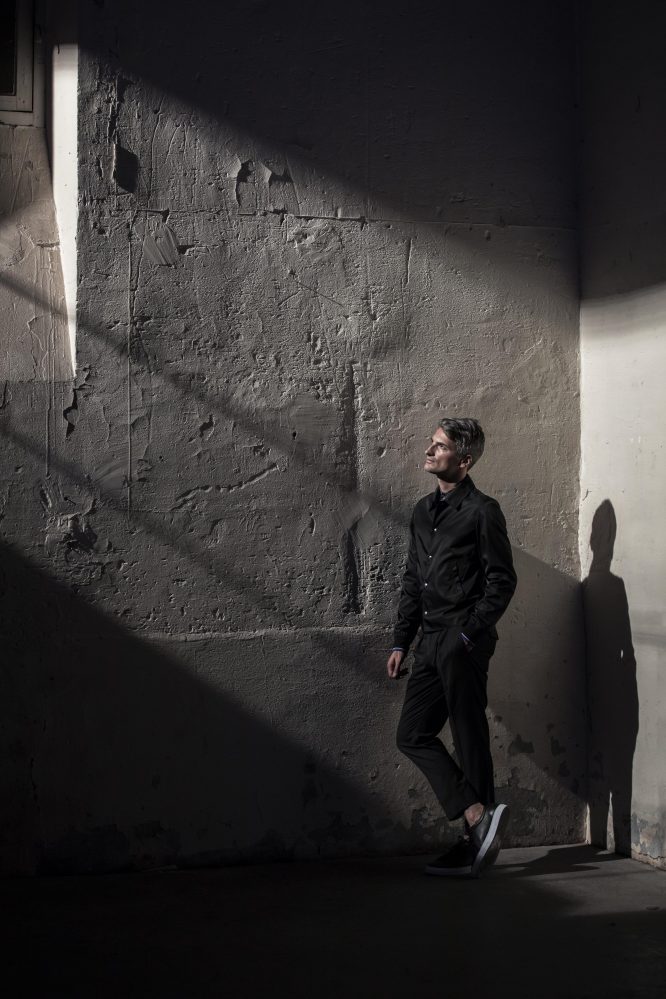 What is the meaning behind the name?

I wanted to look within me to find out who I really am as a composer and discover what truly inspires me. As the origin of a story, the word “prequel” came to mind quickly. I am a little bit obsessed with stories related to time so the name Prequell was perfect for me! The same goes for the album’s title ‘The Future Comes Before’.

When creating a piece of music where do you take inspiration from?

For this album,  I wanted to reference pieces of art, rather than other music, in order to be original. I printed pieces of art from artists such as Daniel Arsham, Loris Greaud and Pierre Soulages. Whilst composing I also kept in mind materials such as wood or metal which I used to make a lot of percussive sounds. I also took a lot of inspiration from NASA and space. I sampled sounds from NASA and took inspiration from quantum physics. I tried to create an emotional accelerator that mirrored the particle accelerator of CERN at the European Organization for Nuclear Research.

Your experience in music is just as diverse as your creative inspirations. Could you tell us how the Paris Olympics opportunity come about?

It came about really quickly as we had just one week to set everything up. As the stage was a long-running track, it seemed obvious to put the orchestra in a line. I’ve done this before thanks to a special conduction technique I’ve developed over the years. I composed a rework of Ravel’s ‘Bolero’, which turns a 100 years old at the 2024 Olympics! I also performed three tracks from my album.

And what is it about fashion that interested you to compose the music for Chanel and Dior runway shows?

First and foremost, it was a great opportunity – but also the beautiful models! When I met Michel Gaubert 10 years ago, and then Karl Lagerfeld, we tried to find new ideas around the orchestra. So I composed a soundtrack which reimagined The Cure’s ‘A Forest’ with a string orchestra that we played live with 100 musicians at the Grand Palais. For Dior, I did two very ambitious performances with the show producer Villa Eugenie. For Paris Dior Homme, we presented the orchestra in a line, whilst in China, we placed the orchestra in a circle. It was the first time I had done this and I had to develop a technique to conduct them even if they couldn’t see me or the other musicians. It’s a technique I still use for all my Prequell performances. I love working on fashion shows because you always have to find new ideas, and you have to work really fast.

When creating the accompanying music for these shows what were you thinking about – what were your trying to convey?

You’ve worked a lot on film scores, how do you go about creating the perfect soundtrack to a movie – what do you need to consider and what is the creative process like?

When you work on a movie you are at [both the film’s] and the director’s service, which can be really interesting. You can totally change the emotion of a scene just with the music. So you have to compose music that the movie needs, and not the music you as an artist would like to write on the day. I’ve been lucky enough to record with Hans Zimmer’s orchestra, the Isobel Griffith’s orchestra at Air Studio in London, and with the London Symphony Orchestra at Abbey Road. These musicians are a huge source of inspiration. But working on films also inspired me to do my own music as Prequell. Finally free, I had no barriers! 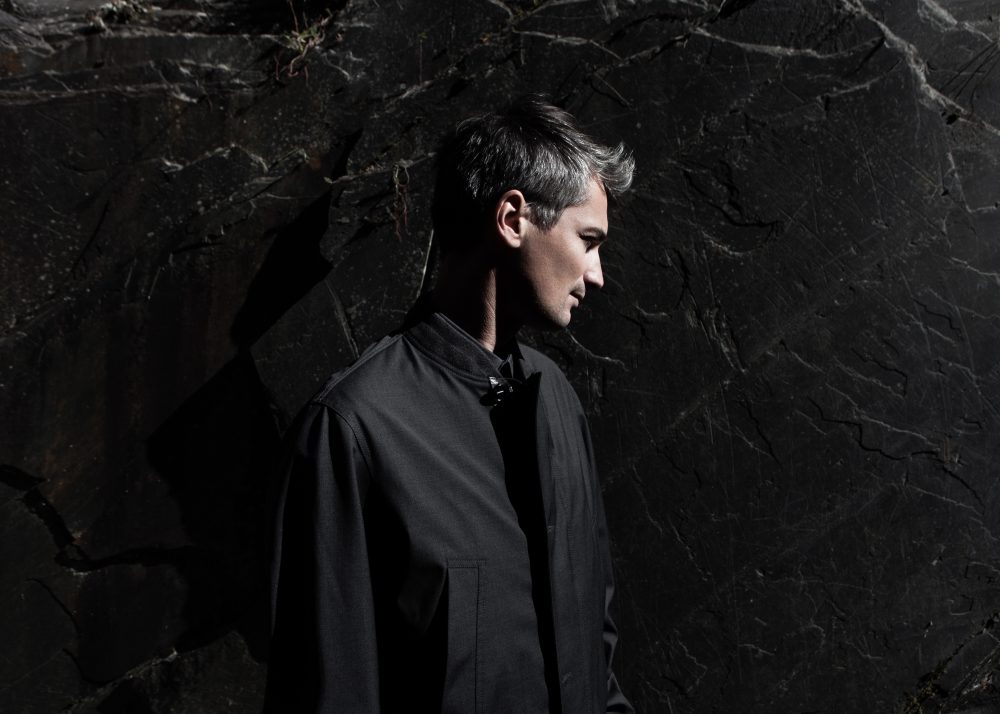 How does your approach differ when creating a film score to an album?

It’s a completely different process. When you create an album, you are in charge of the whole process and storytelling. When creating an album you are the director and not just the composer like you are with films. With an album, it’s very challenging to know that the only limit is your imagination. I’ve tried to present the kind of music I’d love to compose for a movie, totally free, which I hope will inspire some directors! With this album, I’ve tried to tell a story from Z to A (from part XV to part I), but without giving precise track names to allow the audience to imagine their own images.

Your latest work is very cinematic, how has film influenced your current album?

I adopted the “Prequell” process, drawing on the emotions from my childhood which made me the artist I am today. I’m hugely influenced by Spielberg‘s cinematography, and original soundtracks by John Williams – the master. I am a big fan of John Barry too. It would be a dream to work on a James Bond movie. It was an incredible opportunity to record with the same orchestra in the same studio that was used in the last James Bond soundtrack for my album. I also draw on specific images in my studio and in my mind. My album is the soundtrack to these images. But I want the listener to be free to imagine their own visuals!

How important is the visual aspect of your work?

As important as the references I printed out in my studio before composing the album. All the pieces of art I selected were about the same subject: darkness, time, pop, and with a lot of matter. So the sound is very much related to the image on my album cover. For the cover, I asked Scale, a very talented collective, to make a picture with their beautifully cinematic pieces of light. They also helped with some of the new music videos which will be out soon.

How did you go about composing the music for this project – what’s your usual process for producing a song?

I’d say I adopted five main stages. I started in my studio and for around a year I composed the electronic parts. [Then] I recorded individual instruments like the drums, guitar, cimbalom, mandolin. I then included elements from LA, Paris and New York before recording with the Isobel Griffith and London Symphony orchestras in London. The last step was the mixing which I did with the very talented Steve Fitzmaurice. I was so lucky to work with these people and at each step; the project was elevated to a new level thanks to everyone’s talent. It makes me laugh to say that this is my first solo album when really it involved more than 200 people! I made sure I included the names of every musician on the album sleeve.

Emotion seems very important to you – how should someone feel when listening to your music?

I’ve always wanted my music to be viewed as an emotional accelerator, like the CERN particle accelerator. With this album, I’ve tried to take from what I believe are the most emotional elements of electronic music – bass, drums, a tempo that doesn’t move at all, and some repetitive elements. And from the melodies, strings, percussions, rubato, ostinatos in orchestral music.

Lastly, what can fans expect next?

I will be doing a live performance in Paris next January. The aim is to present the orchestra in an original and immersive way. I want it to be a real experience for the audience. And of course a new album, I’m already working on it! I can’t wait to go back to Air Studios and Abbey Road. And hopefully soon a movie with my music as Prequell.