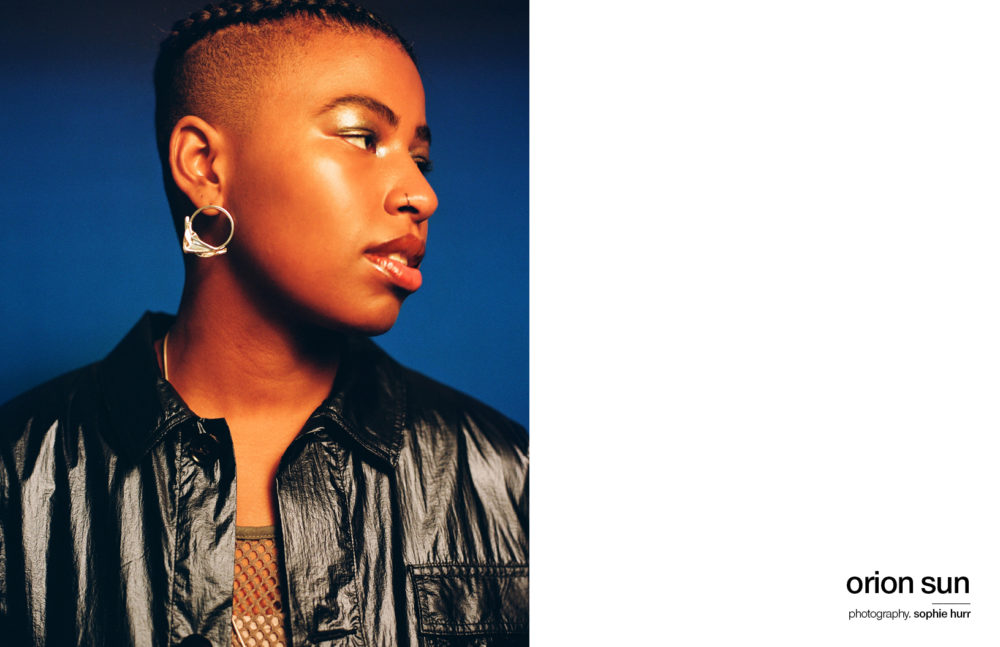 Let the silky smooth vocals of Philly-based multi-instrumentalist Orion Sun soothe your soul in these tumultuous times. If you feel like you’re losing touch holed up at home, Orion Sun’s mellow and deeply personal tunes will have you dancing, crying and laughing all in the span of one song. Real name Tiffany Majette, her sound is somewhere at the intersection of R&B, jazz, hip-hop, and folk. While it may conjure up the familiar velvety warmth of singers such as Lauryn Hill, it’s uniquely her own.

Her latest single, “Lightning,” from her upcoming debut album Hold Space For Me brings us into a dark period of her life, marked by the loss of her childhood home, and the ensuing homelessness and lost relationships. Through it all, an overarching perseverance and optimism prevails, which no doubt has shaped her into one of the brightest new voices on the radar. If “Lightning” and previously released singles “Ne Me Quitte Pas (Don’t Leave Me)“ and “Coffee for Dinner“ are just a taste, Hold Space For Me is sure to live up to its title— Orion Sun is claiming her seat at the table, and there’s no stopping her. Orion Sun talked to Schön! about facing up to stage fright, who she’s jamming to in quarantine, and how music saved her life.

What’s the origin of your stage name Orion Sun?

“Orion” is in reference to the constellation and his profession as a hunter. To be a good hunter you need patience and focus which is what I strive for in art and in life. “Sun” is in reference to my favorite star in the sky. Sometimes I feel like I’m a better friend, daughter, sister from a distance. If the sun was closer to earth I’m sure we would be hurt in some way. It’s at the perfect distance, we can still feel its warmth and being more introverted than I would like to be, I strive to give warmth to the people I love even when I can’t see them every day.

Was music an important part of your childhood?

Music has always been an important part of my childhood. Our house was filled with music and one of my favorite memories as a kid was waking up on Christmas day and waiting at the top of the stairs with my brothers for my mom to cue A Motown Christmas. When she did it signaled to us to run down to see what “Santa” brought to us. It always felt magical because that album and Mariah Carey‘s Christmas album, and I think Luther Vandross‘ album were in rotation all Christmas day ‘til we went to sleep. Just an example of how lowkey but prominent music has been to me.

Was there someone who inspired a musical interest in you?

My high school music teacher, Mr. Thomas Trau, kinda took me under his wing. I would go to the music room before school started to work on songs and stuff and he would give me advice. We were supposed to meet up over summer break to work more in-depth on song ideas but he passed away before we ever could. That was definitely a turning point in my life. Music felt bigger than me and it still is in my eyes. I hope he is proud of what I have accomplished so far.

You’re a polyglot when it comes to instruments — do you have a favourite?

Guitar. Only because it was the first instrument I fell in love with. I feel free when I play and have a set of “go-to” chords I use whenever I’m tryna test out some lyrics that aren’t really fitting in projects I’m working on. Just to see if they are actually good or a victim to my cadence choice. That’s how much I trust the guitar. 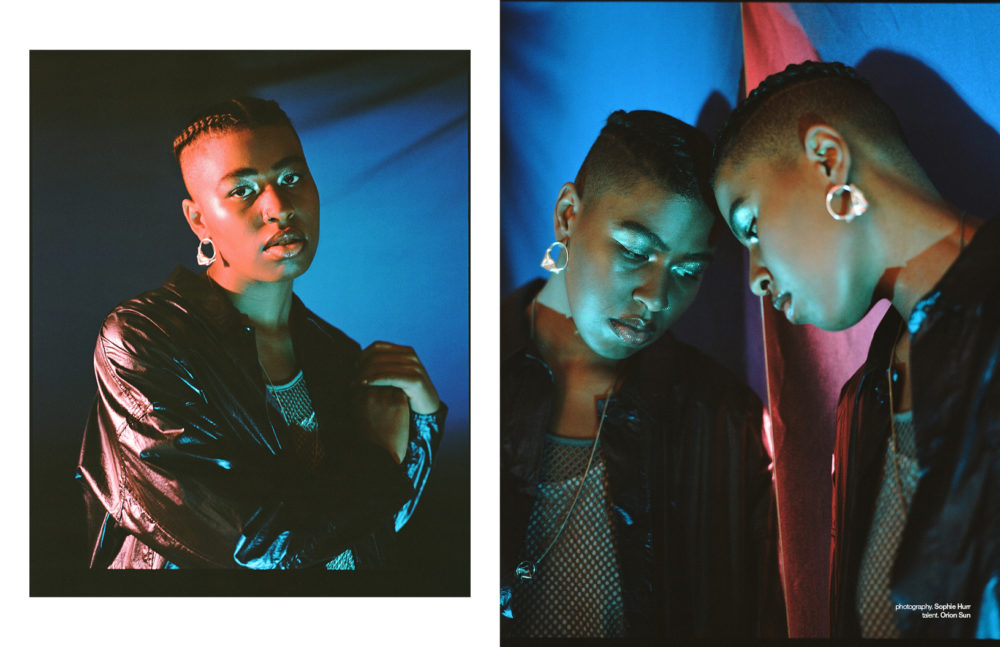 I read that your childhood dream was to be an astronaut and you’re dressed as one in the “Coffee for Dinner” music video. What would you be doing if you weren’t pursuing music?

Unfortunately, if I was not pursuing music, I don’t think I would be here.

There’s a soothing and simultaneously melancholic quality to your music – perfect for listening to in quarantine. Who’s on your quarantine playlist?

Is there one song in particular from Hold Space For Me that you are most proud of?

I would have to pick “Sailing” because it started off as a completely different song but I kept getting distracted by my neighbours fighting really intensely to the point where I said, ‘fuck it’, and sampled them with my phone held against the wall. I proceeded to play how I was feeling on guitar and the song was born. It’s a good example of turning nightmares into poetry.

Can you talk me through your songwriting process for the album?

Some of it is an endless stream of consciousness like El Camino and then others are just things I needed to get off of my chest. My process can best be described as being open to myself and not judging how I feel or what comes from being vulnerable with myself.

As a black female musician, what does ‘holding space’ mean to you?

Your song “Lightning” touches on a period in your life when you were homeless. How has that time impacted you as a person and as a musician?

It’s almost impossible for me to take for granted the things I used to. I want to get in a position where I can help people and families not have to go through what I went through.

You’ve performed at Jay-Z’s Made in America festival, but the “Lightning” video sees you performing on a stage in front of an empty audience. Do you ever get stage fright, and, if so, how do you deal with it?

When I was in 7th grade I did the school talent show. I was so scared to go out. I made up a whole dance routine to “Wall to Wall“ by Chris Brown  (before the whole Chris Brown and Rihanna incident). They kept starting the music and I kept staying behind the curtain until I heard my classmates encouraging me in the audience. Then I eventually just went for it. I remember feeling awesome once I initially got over the walking on stage part.

Fast forward to high school, we had vocal assessments where we had to sing solo parts in choir class. When it was my turn I got so anxious I ran out of the classroom and hid there until the class was over. Fast forward to now, I’ve had a lot of practice. I remind myself that I love what I do and that no one can judge me any harder than I already do. I just take deep breaths and let the music do everything else.

When your tour does happen, what are you most looking forward to about it?

Connecting with my fans that make this all happen. I can’t wait to see them.

Orion Sun’s debut album, Hold Space for Me, is out now.