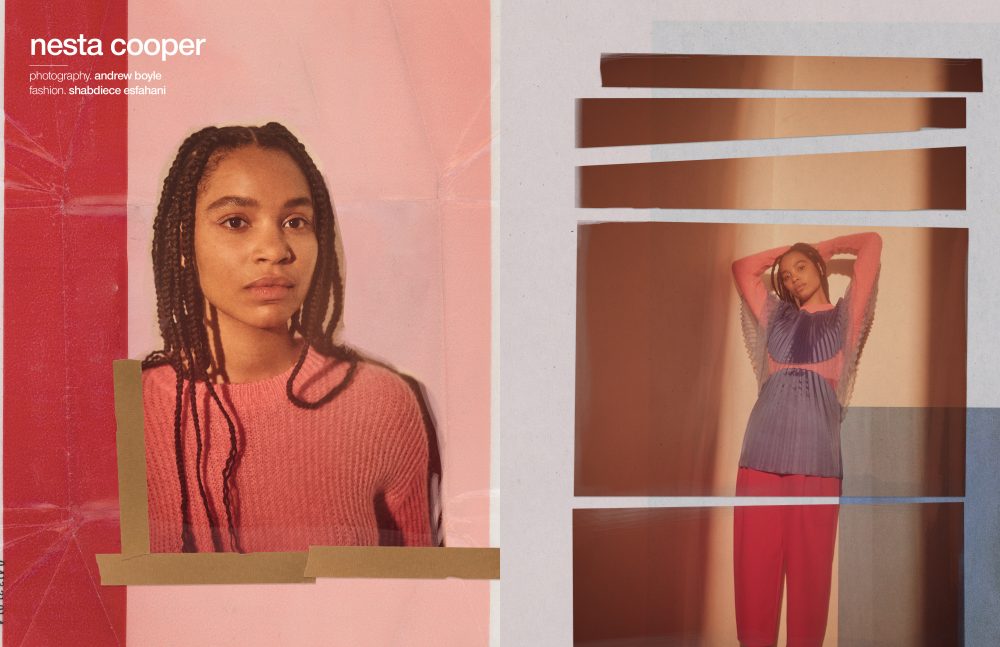 In the lead up to the release of SEE, Canadian-born actress Nesta Cooper has been quietly preparing — mentally and physically — for her mainstream debut. Sometimes that takes the form of a front-row appearance at New York Fashion Week, which she did at this season’s Prabal Gurung show. Others, that means archery lessons and athletic training — skills needed to better portray her SEE character Haniwa. But for Cooper, that’s all part of the job.

Beginning her career dubbing anime, Cooper went on to play the overachieving teen Dani Barnes in Netflix’s #RealityHigh before landing her recently-concluded lead role in the post-apocalyptic Travelers, also on Netflix. Now she’s shifting to efforts to another series: SEE, the Jason Momoa-led drama series which premieres on Apple’s new streaming service, Apple TV+, on November 1.

SEE — which stars Cooper alongside Momoa, Alfre Woodard, Hera Hilmar and many others — explores a future Earth ravaged by an unknown deadly virus. Those who have survived the outbreak are rendered blind and must bond together to survive — a story SEE tells with the help of many blind or low vision actors. Nesta Cooper talks exclusively to Schön! about SEE, her history and what’s coming next for the Canadian actress.

How did you get started with acting?

I started taking classes around 14. It sort of hit me early and just never went away. I would travel to Vancouver on the weekends and do workshops and those turned into weekly classes once I graduated and moved to the city.

What was the first role where you thought, “Wow, is this really happening”?

I remember booking a small role on The Edge of Seventeen and being like, “OMG, I’m in a movie with Woody Harrelson. This is extremely rad.” But I think the real moment was when I left my day job. It was around episode three of Travelers season one. I realised that acting is my real job now. 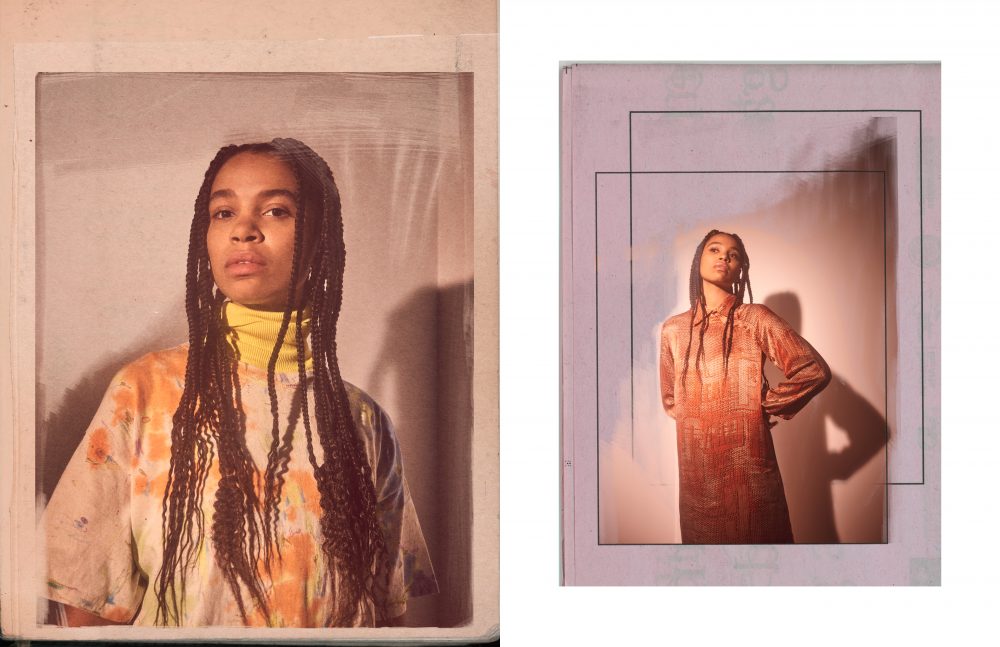 On that note, what was your favourite moment from working on Netflix’s Travelers?

Everything! I loved working with that cast and crew so much. By the time we finished our third season, we were family. I also adored my stunt double, Rochelle Okoye. She taught me so much about my body and my strength. She gave me a lot of confidence.

How did you first get involved with SEE?

When the audition came in for SEE, I was hesitant because I had told myself I wanted to focus more on film and stay away from TV. But as soon as I saw Francis and Steven were involved, I jumped at the opportunity. I knew I would be in great hands. I also think being a part of Apple’s launch is a really rare opportunity so I was excited to be a part of that as well.

You’ve talked about the physicality necessary for SEE. What did training for this series look like?

My character is an archer, so I took a lot of archery lessons, about two a week during prep and then refreshers throughout the season. Usually training with weapons makes me anxious but I actually quite enjoyed the peacefulness of archery. The actual sport itself is not aggressive at all, especially when you compare it to gun and knife training. So it ended up being a fun hobby for me.

What were some of your favourite filming locations for SEE?

We shot like, 30 minutes away from my hometown on Vancouver Island. It’s such a beautiful place and it felt so good to be back there. Because we were away from the city it brought us all closer too. We went to the same pubs and restaurants. It was like our own little community.

What about SEE are you most excited for audiences to experience?

I think inclusion is so important, especially today, and our show is at the forefront of that. We have actors of every colour and ability. Seeing a world from the perspective of people who are blind is a different but necessary experience. I think people see blindness mostly as a disability, rather than an opportunity to observe how powerful our other senses can be. Vision can be so distracting. There’s definitely a lesson in there for everyone.

You also have an upcoming project called Bliss, directed by Mike Cahill. What can you tell us about that?

I wanted to do this film as soon as I read it. I went in right away to read with Mike downtown L.A., and I remember walking out being like, “I think that was one of the best auditions I’ll ever have.” And I NEVER feel that way. [laughs] Mike just had this really chill vibe; he’s the type of artist that lives so openly and generously you truly can’t help but give that back to him. I’m so proud of the work we did together. 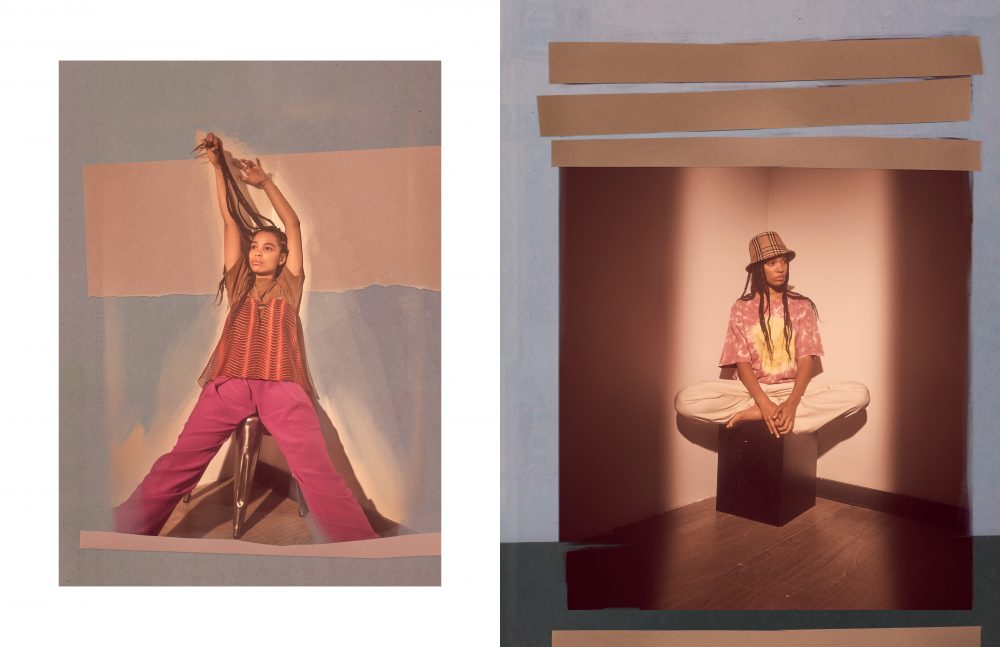 What’s been your favourite role to date?

Definitely Haniwa in SEE. She is so fun to play in every way. I tried to mirror her after Jason, who plays my dad, so she has this gruff, animalistic emotionality that I think is so dope. She is also a tomboy, like me, so I got to make her messy.

On a day-to-day basis, how do you motivate yourself?

My motivation changes every day, whether it’s the way the weather feels or a song I play myself in the morning. I’m inspired by pretty much anything. I rely so much on finding my inspiration to get through though. It’s like that subtle reminder of “You’re on the right track! Keep going!”

Do you have a style icon? Who is it and why?

Tracee Ellis Ross is my style icon. She is unique and clearly so her. I also can tell she has fun with fashion which is cool to see.

If your life right now had a soundtrack, what would it be?

What can we look forward to from you in the future?

I had so much fun in September at my first NYFW. Meeting the designers and wearing beautiful clothes was incredibly inspiring to me. To discover fashion as a new art form was one of the peak moments of this year for me. So I’m definitely going to keep exploring that! 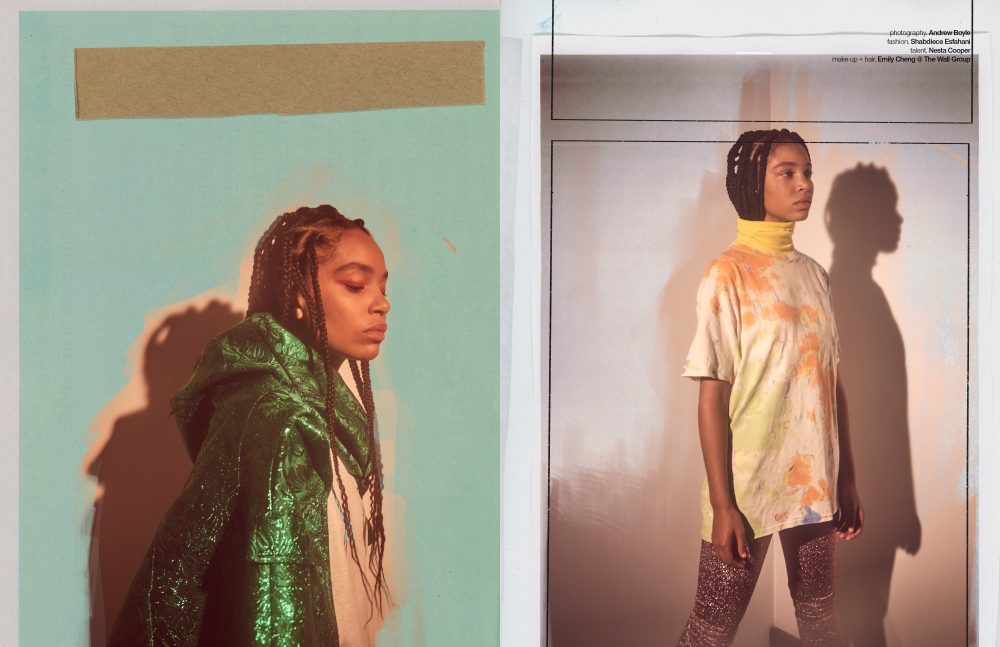