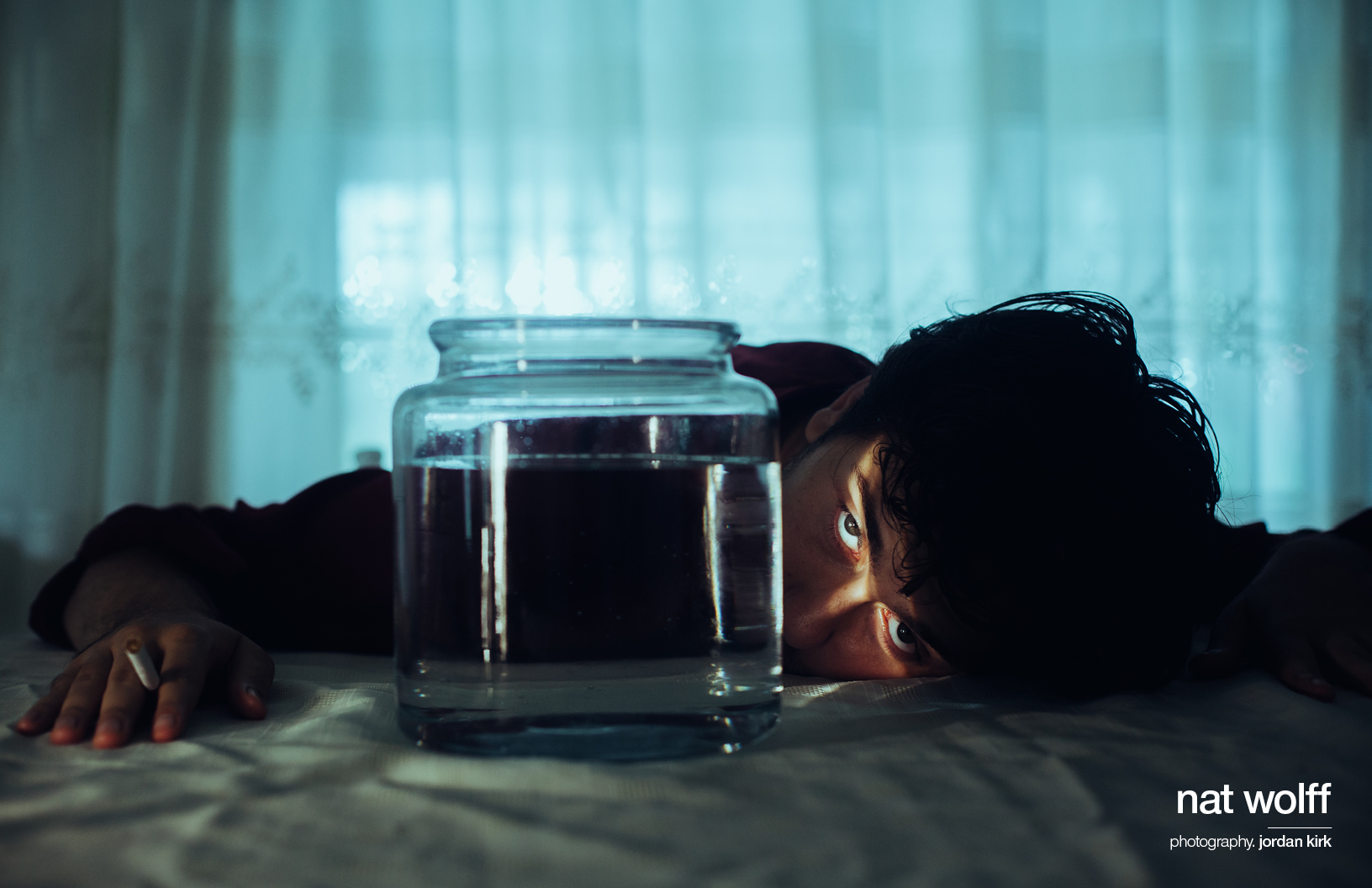 While many have spent the pandemic working from home and catching up on the latest television releases, 26-year-old American actor Nat Wolff has opted for a new hobby — spider hunting. “I have this nasal spray that I’ve been using. I’ve used flip-flops, as well,” the actor shares.

Wolff is standing outside of his newly-acquired caravan in the Australian outback. Travelling to the country to visit his girlfriend (“She’s incredibly afraid of spiders,” Wolff explains), the couple soon realised the new wave of border closings meant the country was going to be their home for the foreseeable future. Viewing this as an opportunity, they loaded into a caravan and headed out into the unknown. Today, they’re in an unspecified town on the country’s southern coast planning where their spontaneous journey will take them next.

“It’s been an adventure,” Wolff starts. Our conversation is happening just days after the inauguration of President Joe Biden, whom Wolff supported. “This Australian guy made me do a $5 bet that Biden wouldn’t make it to the inauguration, and that Biden would be wearing a Trump mask and Trump would be wearing a Biden mask, and that they were time travellers, and that JFK Jr. would come back to life and be our president.” He laughs. “So yeah, there’s still a decent amount of crazy here.” 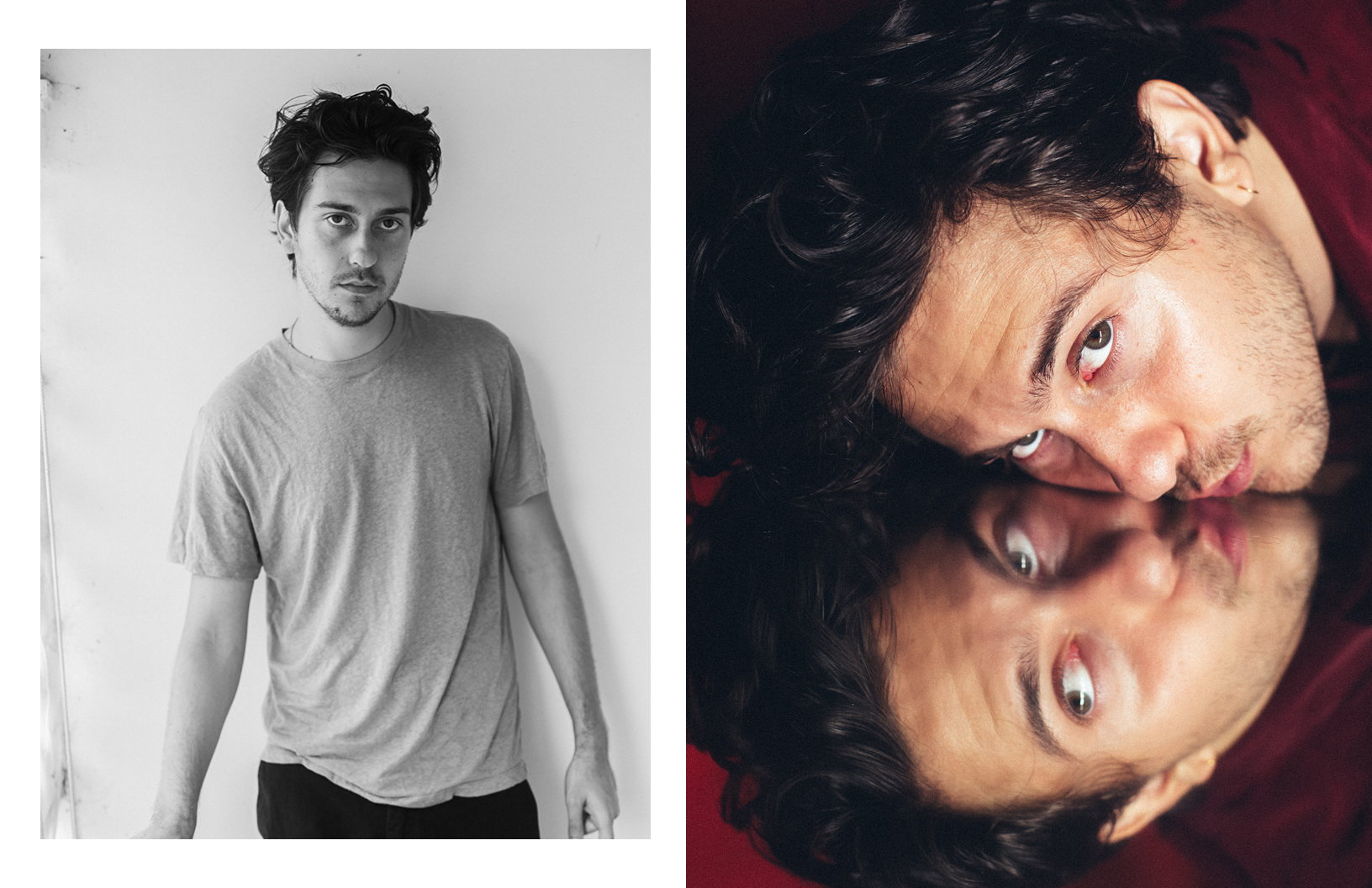 The lunacy of the present moment is reflected in Wolff’s most recent project, a CBS All Access adaptation of Stephen King’s The Stand. The book, which was released in 1978, traces the collapse of society as a viral outbreak spreads across the globe. Reflecting on it now, both the book and the production of the show, which wrapped in March of 2020, seem oddly prescient to Wolff.

“The Stand was sort of like living through the ideas of quarantining, lockdown and wearing masks all before they actually happened,” the actor remembers of the production. “I was shooting scenes in February where I was taking toilet paper in my jail cell and burning it, and when I went home that night, I saw that people in jails in Italy were doing the exact same thing.”

While some may find this dark serendipity difficult to believe, the Josh Boone-created adaptation of The Stand has actually been in the works for almost a decade. Wolff says he first discussed the project with Boone during the press tour for the latter’s 2012 directorial debut, Stuck in Love. In their initial discussions, Wolff was slated to play the role of Harold; as the years progressed, he aged into other positions before eventually landing on Lloyd, a character Wolff cites as a favourite from his initial reading of the book. 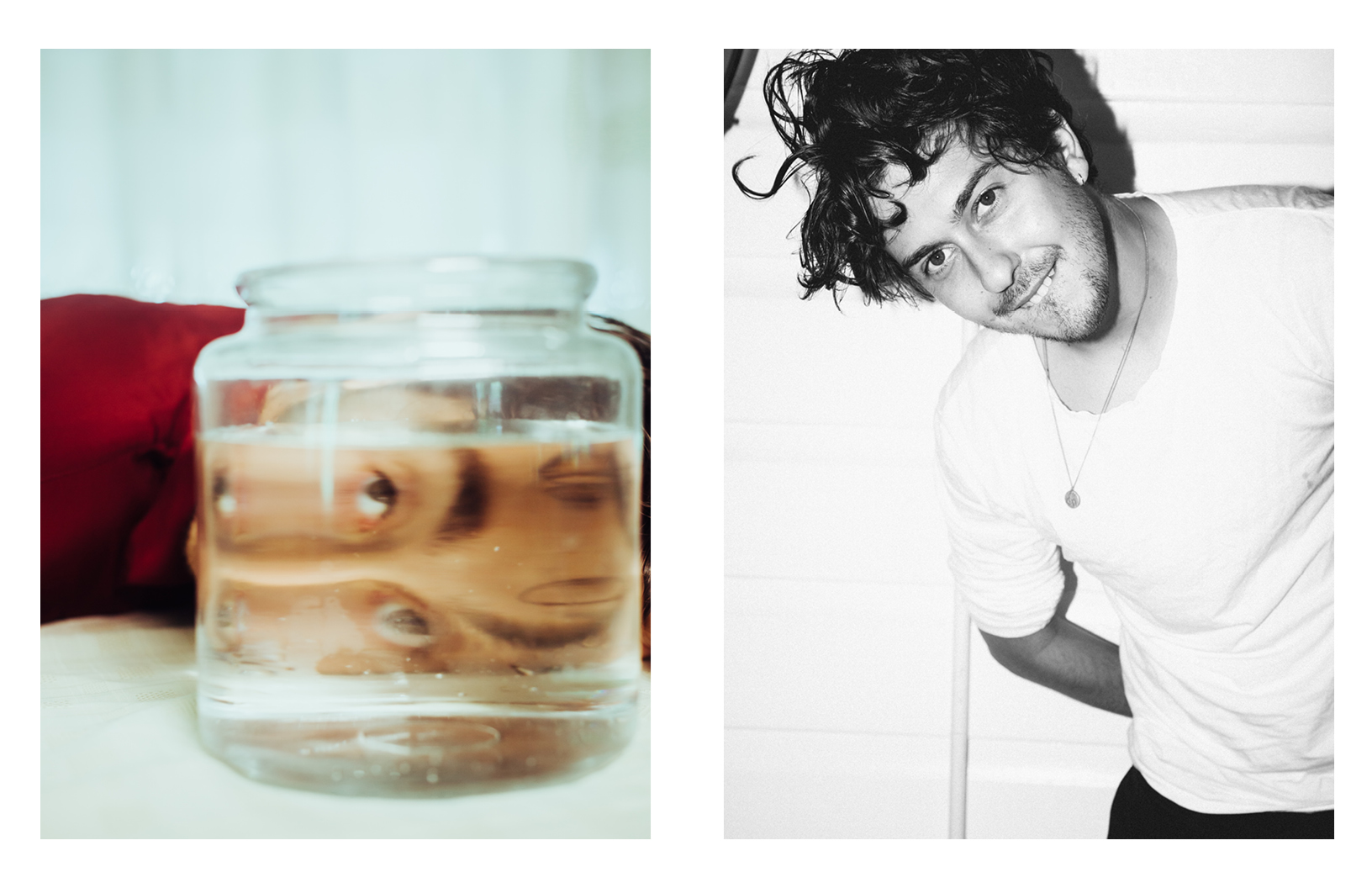 “He was so dark and complex, but also, I found him to be the funniest character. There’s a comic edge to him,” Wolff details. To better explore the mania that fuels a character like Lloyd, Wolff studied the mannerisms of actors like Gary Oldman, Vincent D’Onofrio and Nicolas Cage, seeking a way to capture the occasionally metered insanity that made Lloyd so memorable in the Stephen King classic. Even after all this work, he still held doubts about whether he could actually pull it off.

“I showed up the night before shooting, and I had a panic attack,” Wolff remembers. “I was like, I can’t do this. I’m not good enough. They should fire me and get somebody else.” Attempting to clear his head, he ducked into a local Subway for dinner. There, under the alien hues of the store’s fluorescent lighting, a familiar song began to play — Madonna’s 1984 hit “Like A Virgin”.

“I just kind of… went into a dance all of a sudden,” Wolff recalls with amusement. “Everyone started looking at me in the Subway and I thought, Fuck. I think I’ve got this.” He chuckles. “‘Like A Virgin’ became my anthem for the rest of the shoot.” 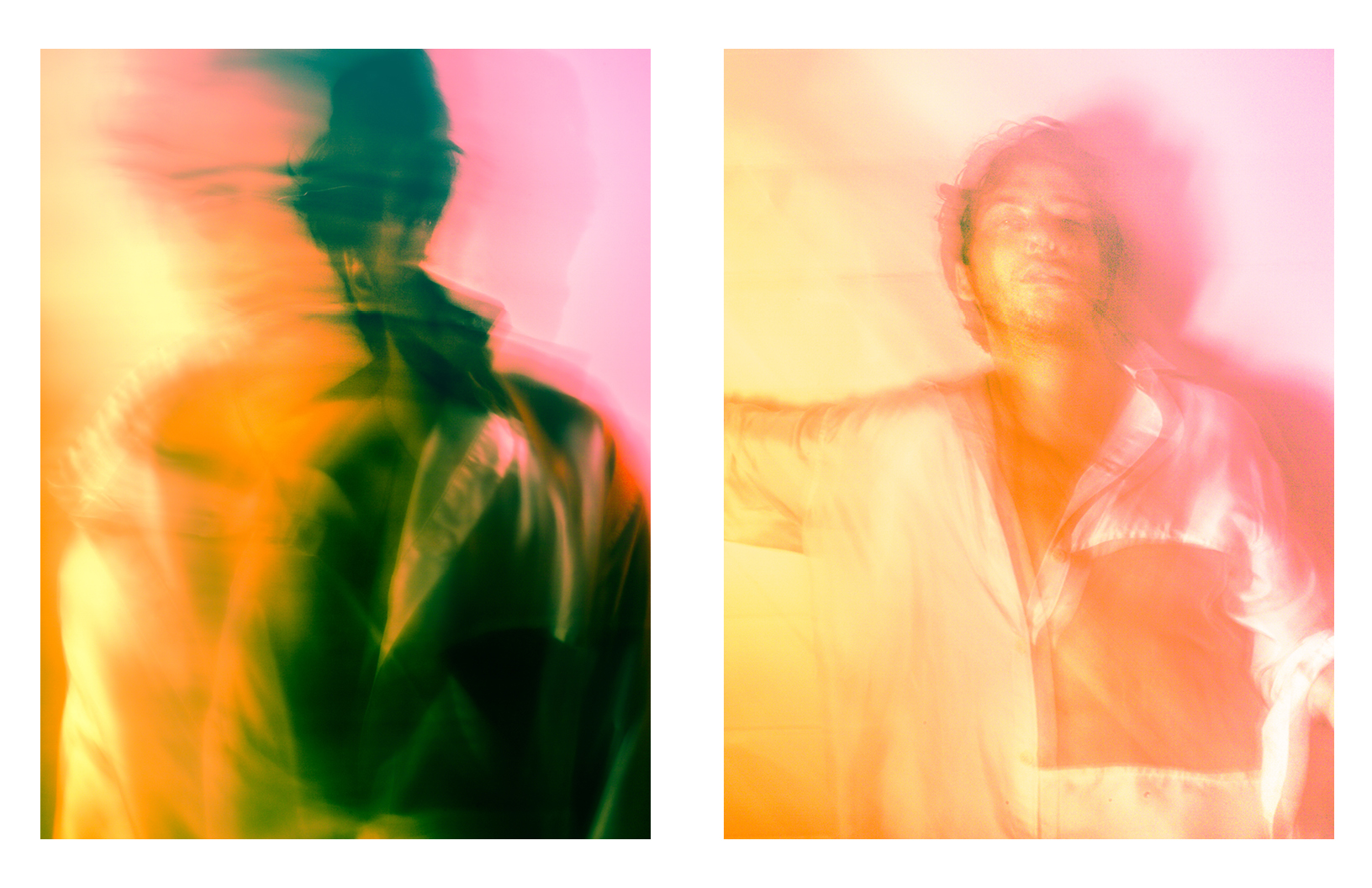 The final episode of The Stand airs today on CBS All Access. Wolff is sad to let the series go; however, he’s happy to share that the final episode contains some of his favourite moments from the series (warning: spoilers ahead).

“That episode was the most satisfying and fulfilling one to make,” Wolff details. “I had gotten to create this really broken, strange, complex character who’s doing these evil things, but then he has this full arc. By the end, he starts to see the error of his ways. There’s so much to explore with that.”

Apart from The Stand, Wolff has also recently completed his first short film, Youngest. The film features actors Michael Gandolfini, Austin Abrams and Olivia Boreham-Wing and is the acting debut of June Van Patten, the younger sister of Wolff’s girlfriend Grace Van Patten. Wolff recounts the creative process of the film joyfully, even if working with the young June proved occasionally difficult.

“It was like how I imagine working with Joaquin Phoenix is,” Wolff jokes. “She’s a brilliant actress, but at any point, she could run off the set and have a tantrum.” June served as the film’s primary inspiration, with Wolff writing the script after seeing how peoples’ behaviour would change upon meeting her.

“Some people would treat her like a human being, and some people would treat her like a prop,” he notes. “She’s a very precocious young girl, and I could tell it meant a lot to her to be treated like a person… She would say all these brilliant, funny things off the cuff, and I started to just write them down in a journal I had. I thought, I have to turn this into something. I had to capture that moment before she grew older.” 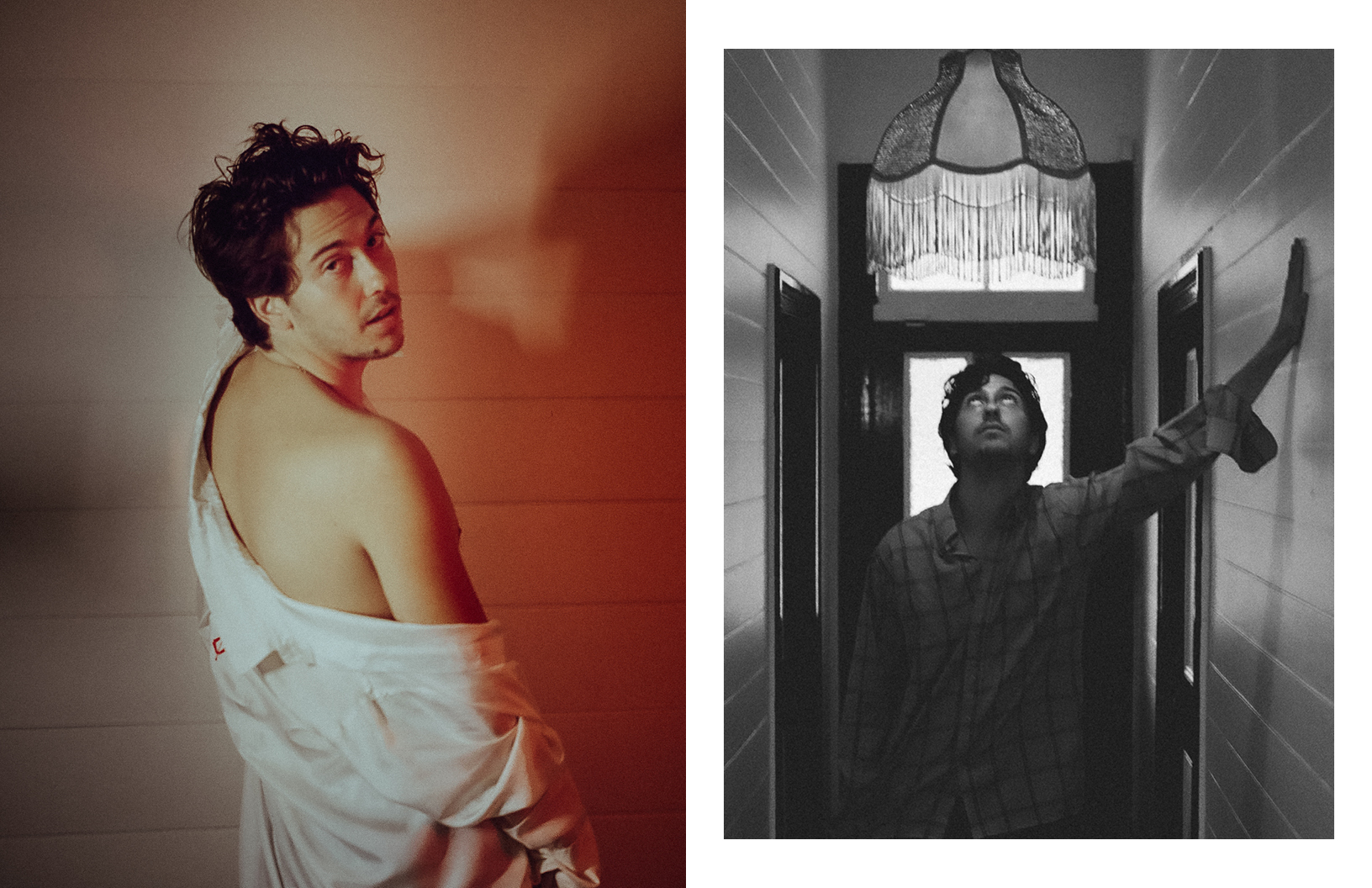 Wolff also teases that he’s finishing another album with his brother Alex, with recording set to be completed in March. Additionally, Wolff reveals that he’s a recent inductee to the Actors Studio in New York where he is currently playing the role of Andrei in Anton Chekov’s Three Sisters over Zoom (“I know that sounds like the beginning of a joke, but it’s been really inspiring,” Wolff assures).

As busy as he is, Wolff still finds time to prepare for his next big project — a Josh Boone-directed miniseries about famed rock band The Replacements, based on the book Trouble Boys by Bob Mehr.

“[Trouble Boys] is a really beautiful book, and I think it’s going to make a really exciting TV show,” he says. Wolff is set to star as Replacements frontman Paul Westerberg. “It’s really character based. It doesn’t go through the usual ups and downs of a standard musical.” Until then, Wolff is content to explore the Australian wilderness and whatever troubles it brings — even if that means killing a few spiders along the way. 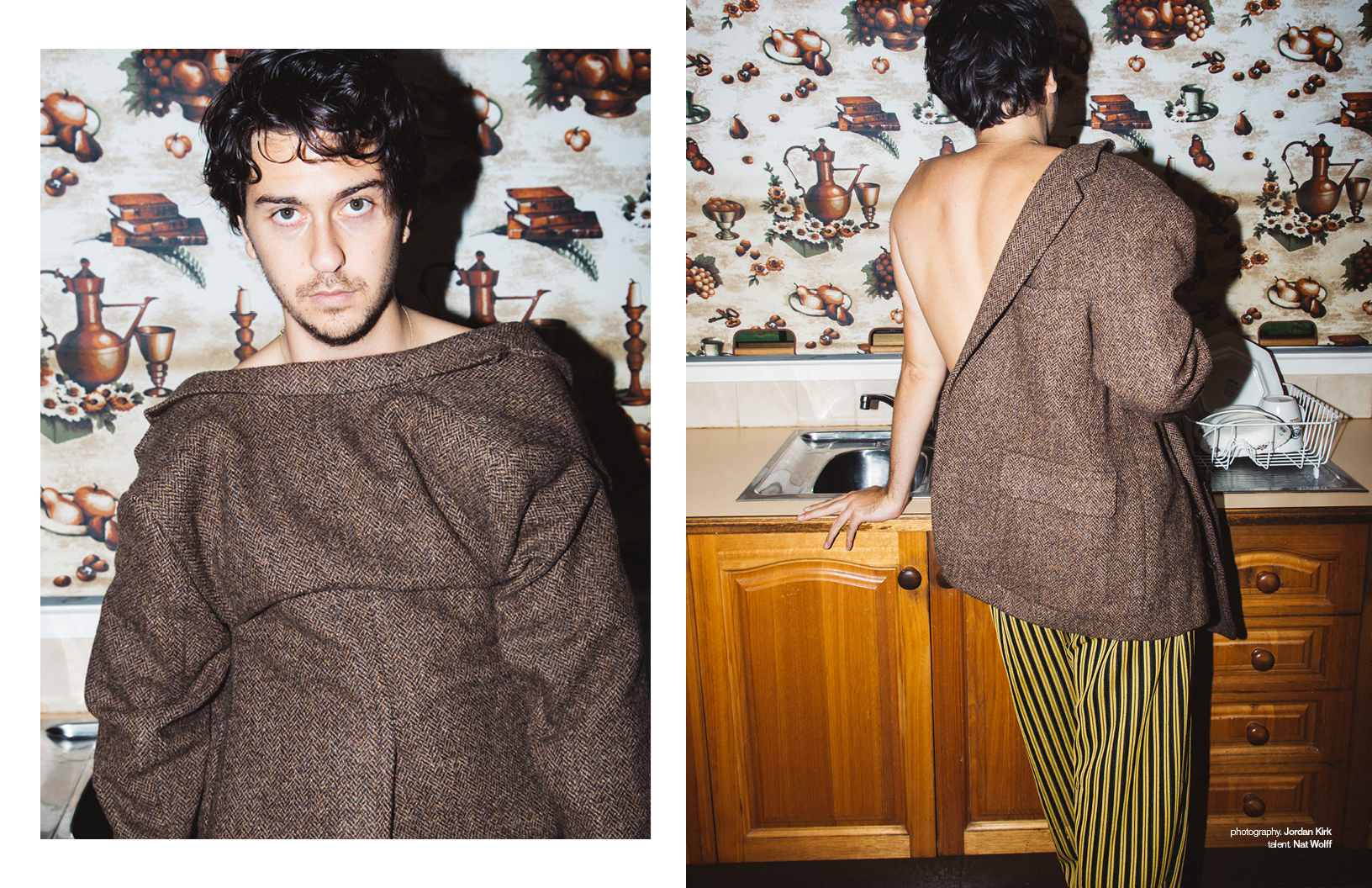 The final episode of The Stand is currently streaming on CBS All Access.