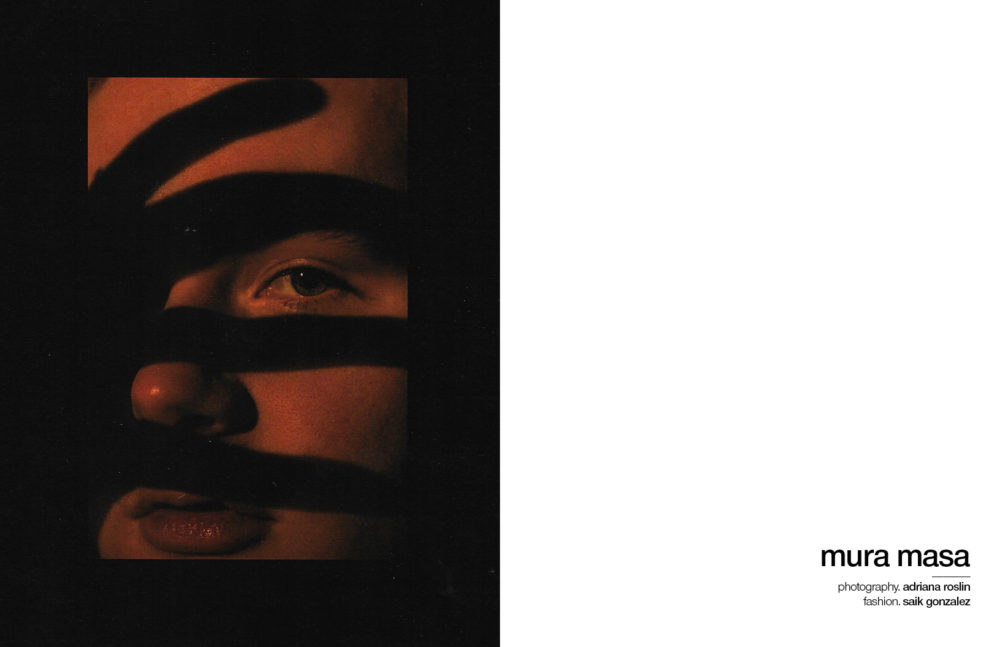 Alex Crossan, better known by his stage moniker Mura Masa, has a lot to be excited about. He’s just released his sophomore LP, R.Y.C, an acronym for Raw Youth Collage, which received a rare perfect score from NME. He recently also performed his song “Deal Wiv It” with rapper Slowthai on The Tonight Show Starring Jimmy Fallon — “our fifth performance ever as a band,” the artist reveals — to internet virality. But, apart from music, the 23-year-old has something else on his mind: a new 230-page book, released in conjunction with R.Y.C and available now.

Crossan’s work has always had a strong visual component — the rollout of his previous album helped popularise the stereographic GIFs sometimes referred to as the “Mura Masa effect” — but Crossan’s interest in art, fashion and culture goes beyond mere self-promotion; something the producer hopes is expressed in his new book.

“I didn’t want it to be like — how to explain this — some shitty bit of album merchandise?” Crossan laughs. “The book is just such an amazing object. It’s 230 pages and has like 30 different collaborators: photographers, collage artists, visual artists, all that kind of stuff.” Among those collaborators are Georgia, Wolf Alice’s Ellie Rowsell, Leon Sadler, Slowthai, and many others contributing everything from photography to graphic art to stories and more. 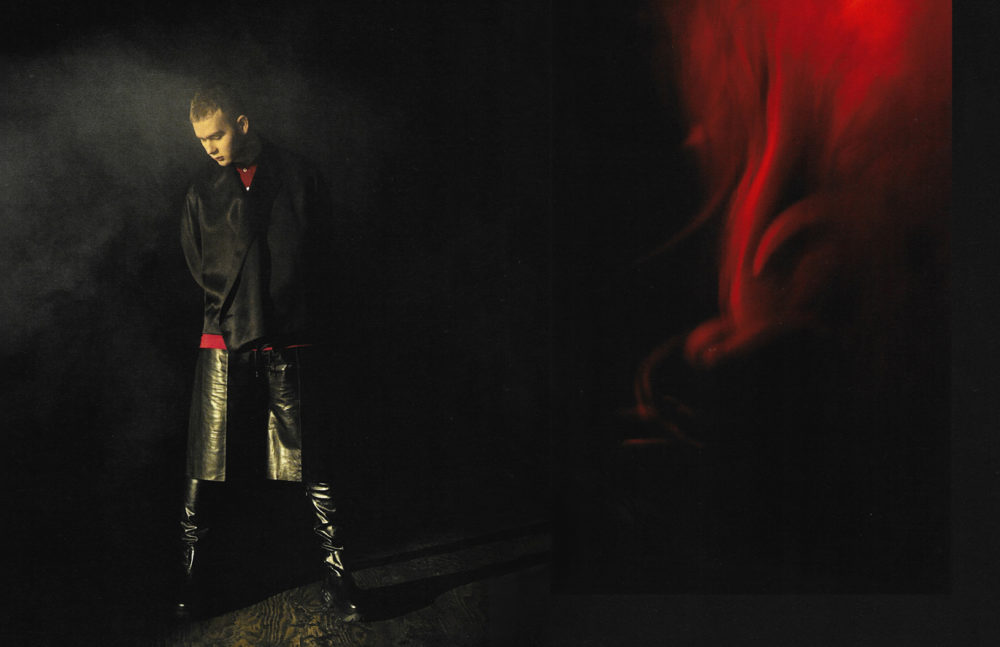 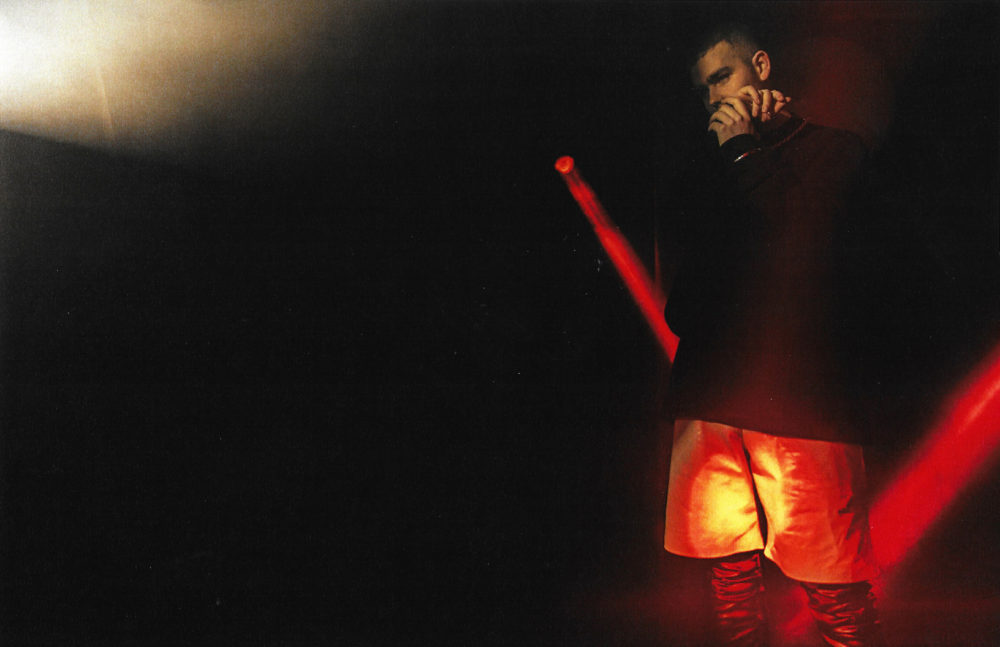 “It was the same process as the collaborations on the album; I would just explain the themes and let them interpret them in whatever way they want,” Crossan details. “The book kind of stands as this strange artifact of what I was trying to write about… It’s probably my favourite thing that I’ve ever been a part of, despite making music.”

Crossan helms much of his own art direction, though he admits he tried to be “a little hands-off” for the book. Still, the artist’s insistence on visual control speaks to his incredible ability to world-build, a trait on full display in the media surrounding R.Y.C. “I try to start with artwork every time. I don’t know why. I think maybe I’m just a visual learner,” he says.

He had already settled on the phrase ‘raw youth collage’ long before the album was completed, and in the process of determining R.Y.C’s visual aesthetic, he stumbled upon a distorted, pixelated art style with an accompanying font. Something about it — its ambiguity, its connection to the video games of his childhood — spoke to his vision for the album. “Not to get too deep with it, but nostalgia is kind of like picking different points or memories and assembling them into a larger image that, from far away, looks very clear. But individually it’s quite hard to make out. I like how pixelating achieves that while also feeling nostalgic for, yeah, video game nerds like me.” 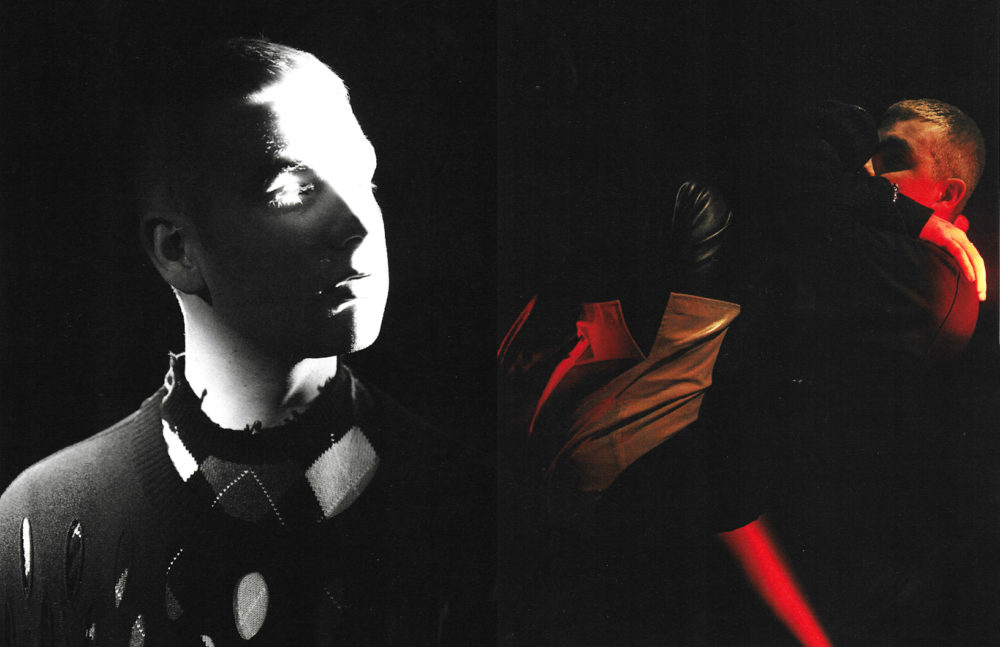 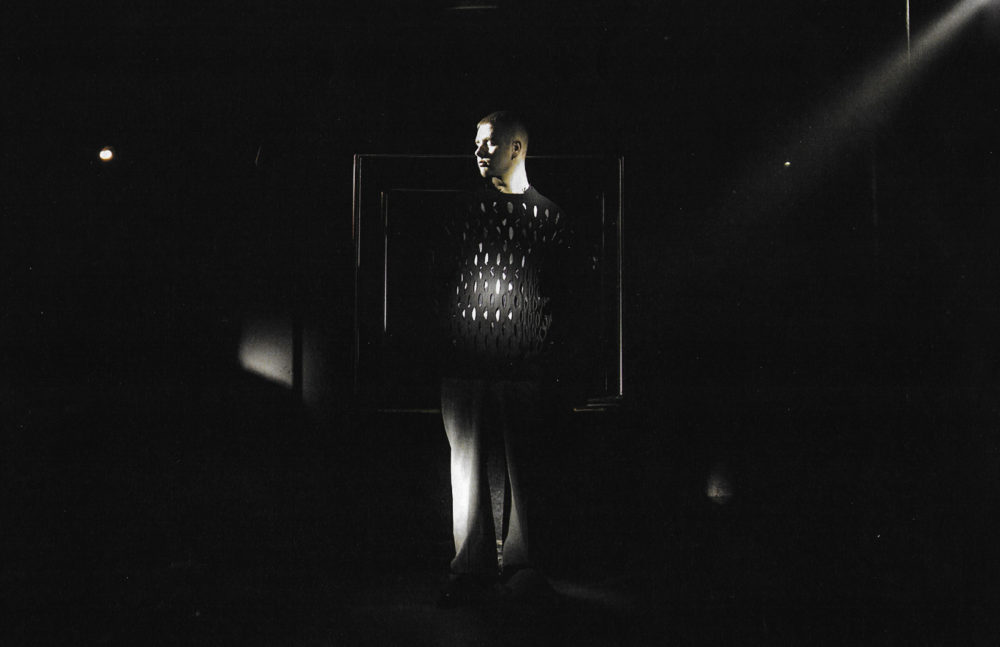 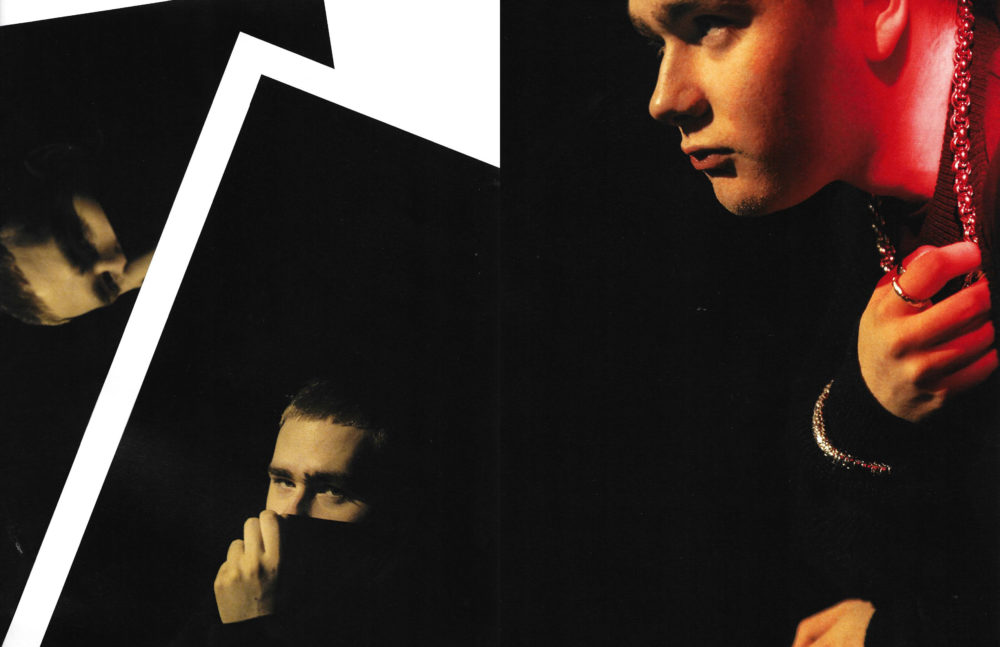 R.Y.C’s visuals also connect to a lifelong love of fashion for the artist. Designers like Virgil Abloh were a point of discussion between Crossan and rapper A$AP Rocky before recording “Love$ick,” the hit single off Mura Masa’s self-titled debut. For R.Y.C, Crossan returned to the design world for inspiration, buying “loads of fashion archive books” during the recording process.

“[The cover’s] colours are actually inspired by a really old Raf Simons t-shirt,” he reveals. “I think it was like ’98 or ’99. It’s this shirt that says ‘razor’ on it. It’s on this warm grey — it’s got a purple design on it and then a red design also. I just really liked those colours. They seemed like something fresh.”

Apart from fashion archives, Crossan developed a home library of “so many amazing books about youth culture, club culture, photography books, histories of clubbing and punk venues” — homework he felt necessary to achieve his desired vision for the album. “I started reading around the subject trying to reconnect with a feeling,” he remembers. “I was starting to figure out what it was that I actually wanted to write about, and I was trying to not go in at a surface level.”

What followed was a period of reflection, which Crossan describes as “letting it boil over in my head for as long as possible and sort of drinking everything in.” As his vision began to settle, Crossan went to work. His first release of this new period was “Doorman,” an explosive, punk-infused track and the lead single off Slowthai’s critically-acclaimed debut Nothing Great About Britain. A sequel of sorts appears on R.Y.C: the delightfully crass “Deal Wiv It,” which also features Slowthai on vocals.

“I was chomping at the bit for that to come out!” Crossan says of “Doorman.” “It felt so urgent, so essential. It made so much sense to me to have Slowthai do a track like that. I don’t think that anybody had made that connection between what he did and the energy of punk music and its sonic aesthetics… It was kind of a bridge. It was me signposting what I felt was the next, the new direction.” 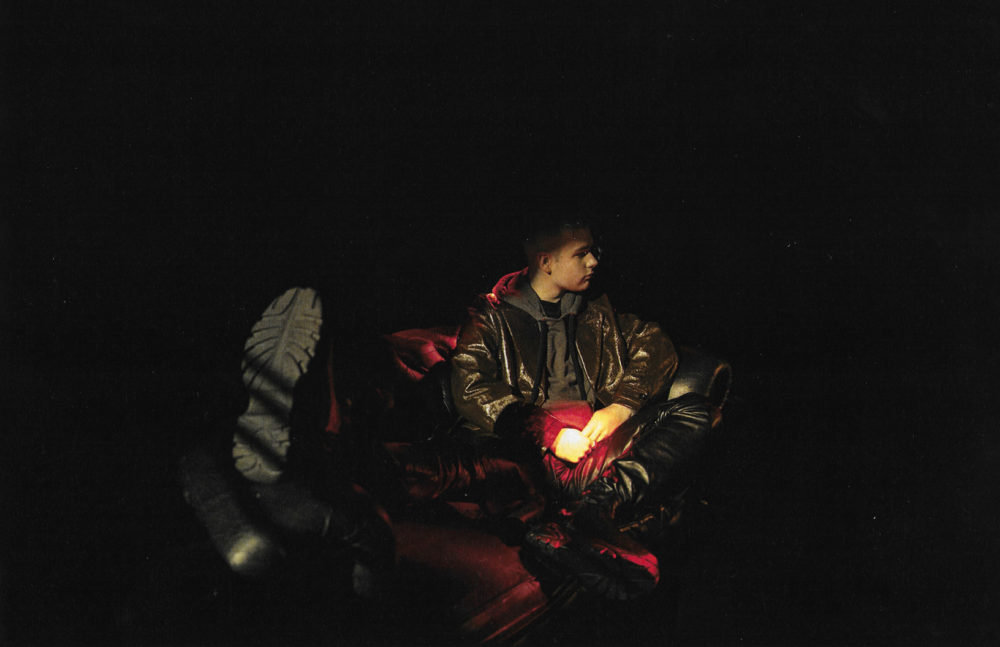 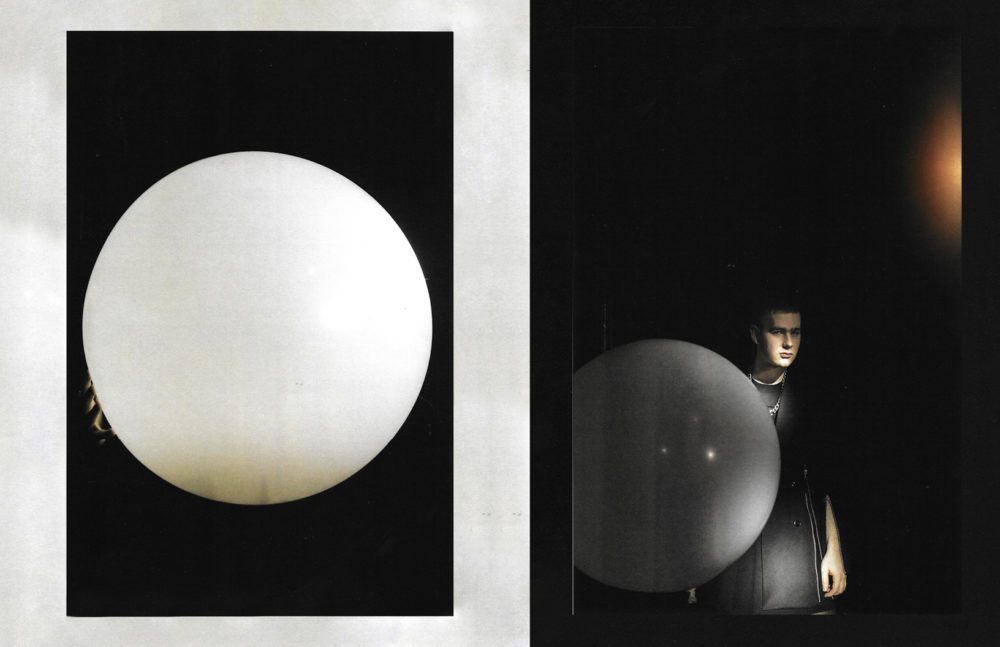 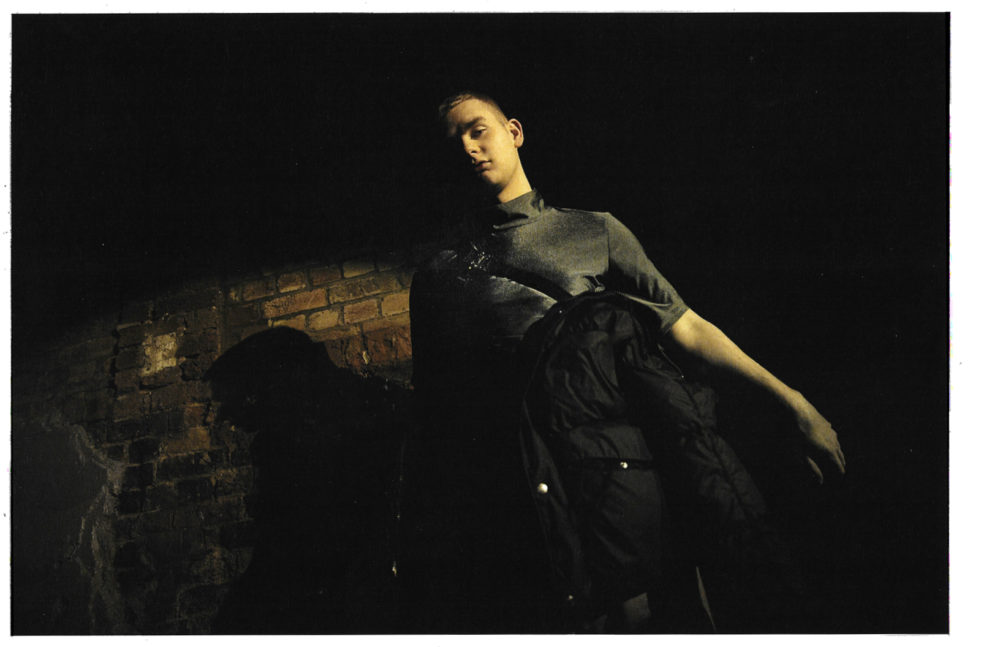 R.Y.C is the end of that bridge, a heartfelt story of youth, nostalgia, and memory told across 38 minutes. Crossan’s voice, once a rarity on Mura Masa records, is front and centre, adding an honest, vulnerable and deeply personal touch to R.Y.C’s eleven tracks. Now that the album is out, Crossan’s focus can turn to his upcoming tour, which will see him bring his voice to a frontman role for the first time in his mainstream career.

“It’s been really fun. I sort of feel brand new,” says the producer. The Mura Masa band is composed primarily of teenage musicians with little to no on-the-road experience, people Crossan discovered by “sniffing around the internet and putting little spies into music schools in Britain.” Using relatively inexperienced musicians was a conscious choice, Crossan notes. “I think it was just so important not to have a band full of, like, seasoned session musicians who play exactly what you tell them to,” he explains. “I just wanted it to be a really youthful, fun, raw thing. Maybe I’m sacrificing some sort of polish or finished quality by doing that, but that’s really important to me. That’s just the nature of this kind of music.”

The unintended consequence is that Crossan is now one of the oldest members of his touring group. “It’s weird,” he chuckles. “I’m the jaded dude. I’m the Master Splinter to the Mutant Ninja Turtles.” Soon, Mura Masa will embark on a world tour beginning with a show in London’s Alexandra Palace. From there, the band will journey across Europe before heading to the United States and Canada.

Until then, Crossan is content to simply see his music grow. “It’s already taken on a weird life of its own,” he observes. “People are already interpreting it in their own ways. I’m also very excited to see people responding to it in kind of exactly the way I wanted. Like, this album makes me feel so nostalgic, it makes me get in my feelings, it feels familiar but also quite new, those sorts of things. That all feels quite new and exciting to me.” 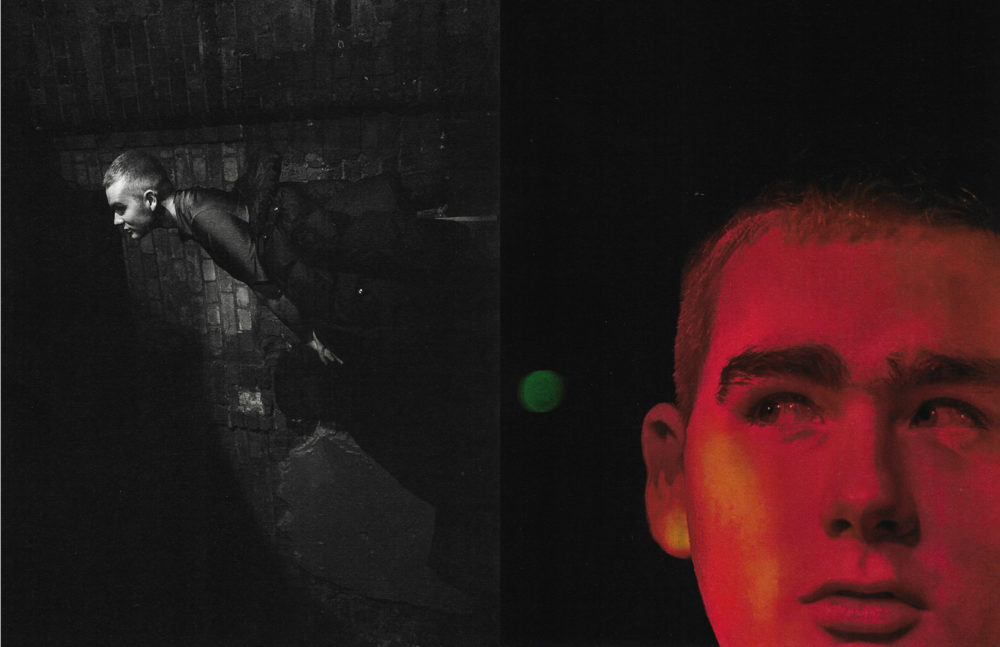 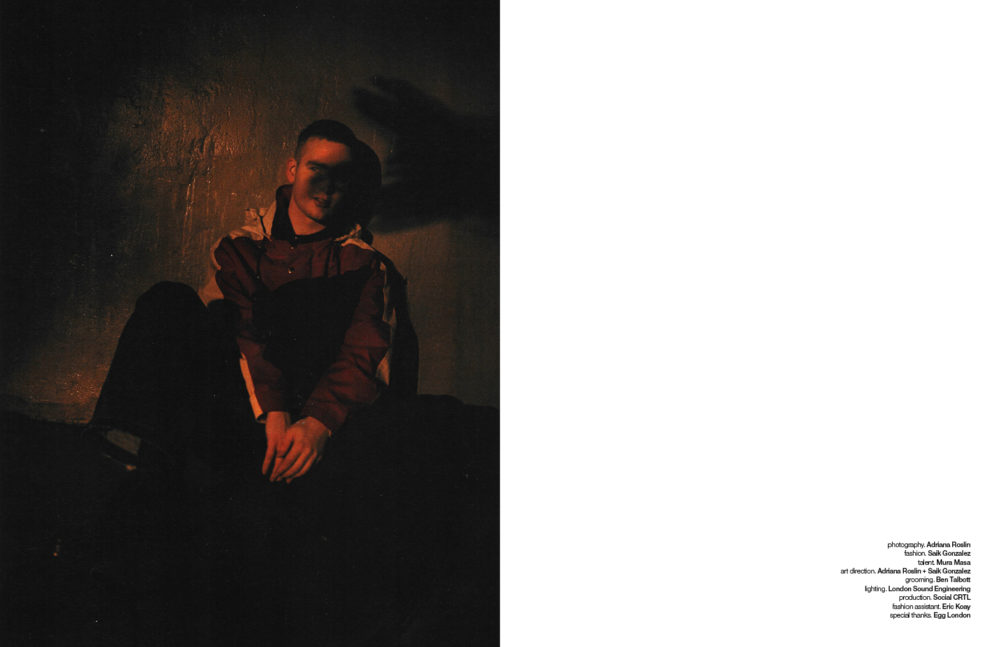 Mura Masa’s world tour kicks off in London on February 20. See the dates and grab tickets on his website.