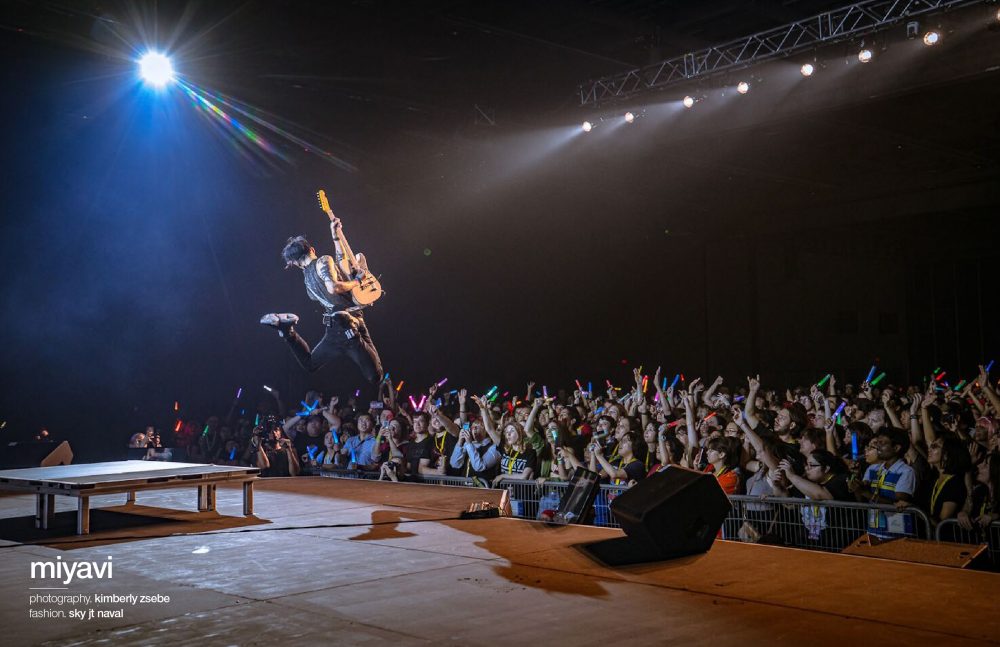 Takamasa Ishihara, best known by his stage moniker MIYAVI, is one of those artists whose great personality shines in every aspect of their creativity. A versatile and well-versed musician experimenting through rock, pop and funk, the Japanese artist recently released his new solo album NO SLEEP TILL TOKYO. Equal parts intelligent and entertaining, this work embraces a vulnerability influenced by his personal life – one that is pretty hectic. On top of his music, MIYAVI has proved himself to be a talented actor. His latest role will be next to Angelina Jolie in Maleficent 2: Mistress of Evil, which makes its way to cinemas today, October 18.

But, on top of his outstanding creative career, MIYAVI has also undertaken many humanitarian actions as a UNHCR Goodwill Ambassador, an experience that shaped his understanding of his role as an artist and allowed him to use his voice to make a change. In the midst of all these projects, Schön! caught up with the multi-hyphenate to discuss his art, his evolution in music and acting, and what his main inspirations are – both as an international superstar and a dad. 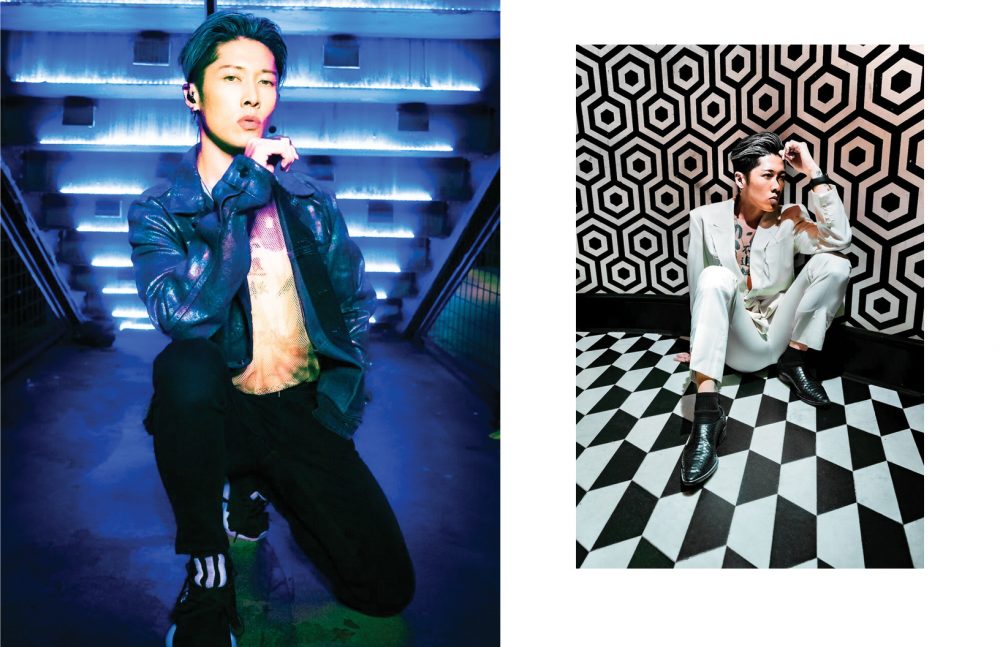 You moved to Tokyo on your own at 17 to make music after an accident prevented you from playing football, or soccer. Twenty years later, how have you changed and evolved but also what stayed the same in your motivations to create and perform?

Although my soccer injury was unfortunate, it was a blessing in disguise. Without the injury, I wouldn’t have had figured out that playing the guitar gives me the same amount of freedom I feel when I play soccer. It’s all about how you handle those challenges because now I feel like I can overcome anything.

Since your start in music, your style constantly evolved and broken boundaries between music genres. What motivates this versatility?

My motivation is seeing people get excited. I want to give people a “wow” moment. When they feel that “wow” it gives them hope and excitement. As an artist, I feel like it’s my responsibility to give that to my audience because excitement leads towards innovation and evolution and hope gives you anticipation on what’s to come next.

Your new album, NO SLEEP TIL TOKYO, was released in July. How did it feel to release a solo album after three years?

It feels like I woke up from a long hibernation. I felt anxious before the process of making this album, but it feels freeing that it’s out. I want to bring back the excitement of rock music to this generation and make a new path for all the guitarist in the next generation.

What were the biggest influences on this project? 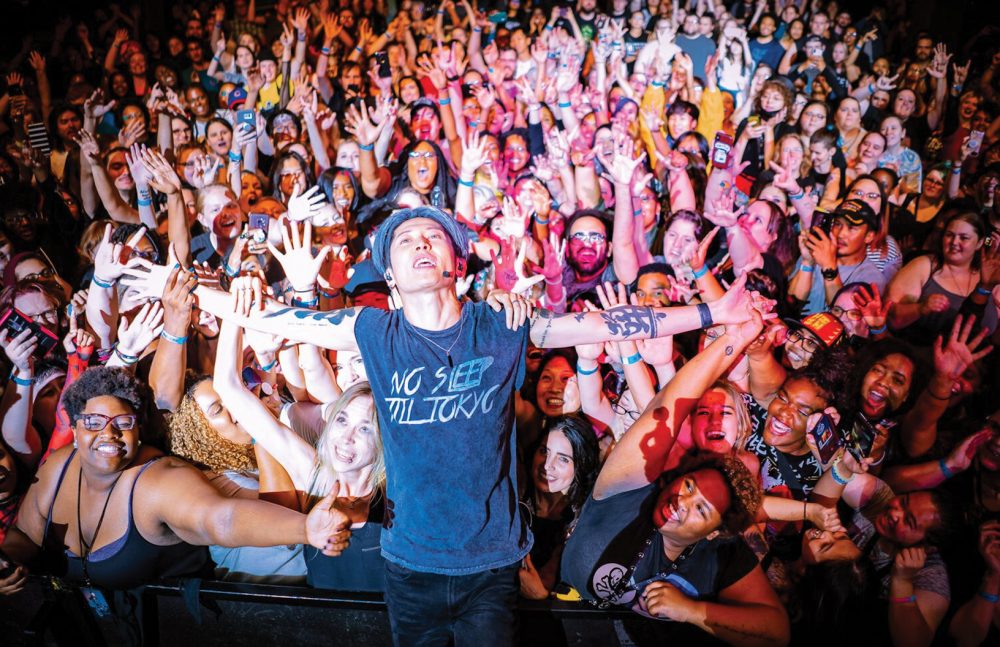 This album feels more personal and experimental than your previous project – Samurai Sessions Vol. 3 – World’s Collide. What were the biggest changes, both in music and lyrics, that you tried to implement in this new album?

I had a fun process imagining what the people would feel when they listen to my music. I’m not a big fan of my voice, but I experimented with my falsetto and softer tones and I feel like that’s becoming my signature.

You are in the midst of a world tour with more than 48 dates. What do you like the most about performing music in different areas of the world?

It’s not easy to travel, but it makes it exciting knowing I get to meet different people, cultures, foods, and even smells. It inspires me to make something new again.

Speaking of the world, you have recently been to Bangladesh as a UNHCR Goodwill Ambassador. You then mentioned how this experience confirmed the way music is a way for you to inspire people to make a change. What is the message you would like audiences to grasp while listening to NO SLEEP TIL TOKYO?

I feel responsible as a musician to make sure I always put out music with a good message. Artists have such a huge influence, because people listen, follow their music, and act out their music, so it’s important that through my music I can inspire my fans to move towards the right direction.

You’re not only a musician and human rights activist, but also an actor staring as Udo in Maleficent, Mistress of Evil. How did you first become interested in acting, and what made you want to pursue a career in the field?

I had no interest in acting until Angelina Jolie cast me in her film Unbroken. It was out of the blue and I was surprised because I was scared to play such a serious character in a serious film. It became a fun process to install someone’s life into my body. It was a hard process but the experience helped me become a better artist. 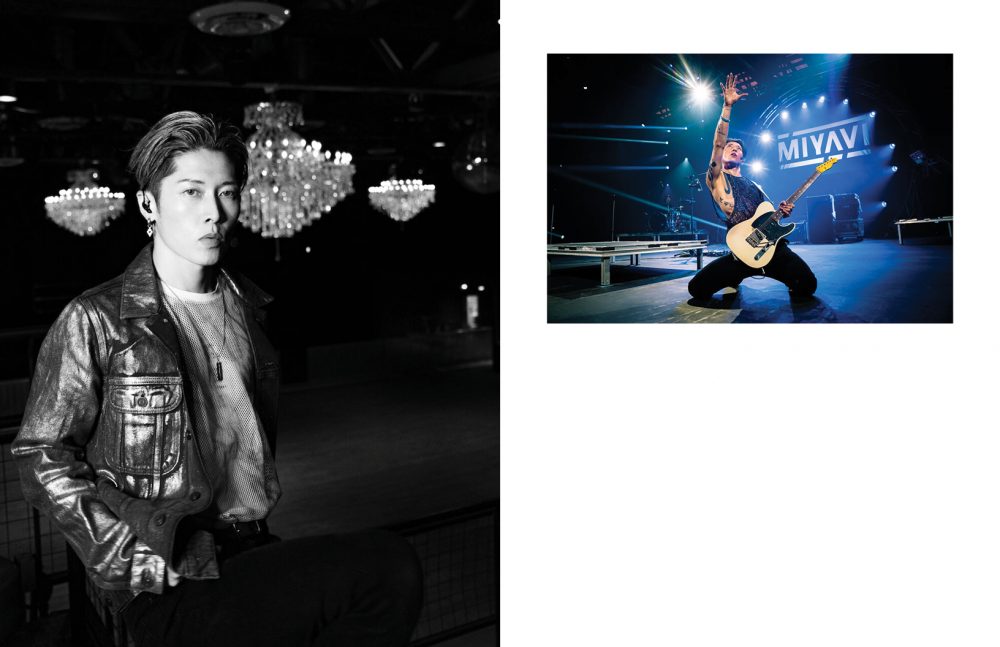 A full-circle moment with Angelina then! We don’t know much about your character Udo yet, but in Unbroken you played a Japanese prison guard; on stage, you tend to play the guitar in a traditional Japanese Shamisen style; the cover of your album also has been made by Tokyo Ghoul’s Sui Ishida… As your career grows more and more in America and globally, do you feel attached to your Japanese culture and identity?

Yes, 100%! The further I go in my career, the closer I feel to my own identity as a Japanese artist.

Mentioning home, you are also a father. How has family life changed the way you create and perform as an artist, and as a person?

As a father, I feel motivated to be more productive and responsible for my future. As a person, once you have a kid, it’s like relearning yourself. I know all parents agree with me on that.

What are you now looking forward to?

I’m looking forward to coming to Europe — France, Germany, Sweden, and the U.K. I’m also excited for my Asian tour as well! 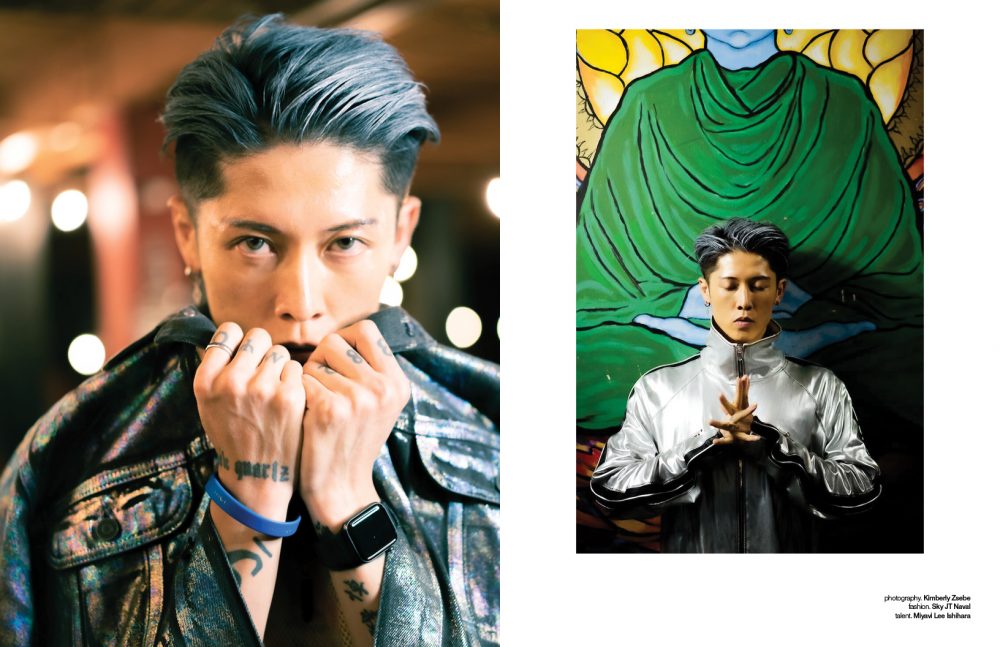