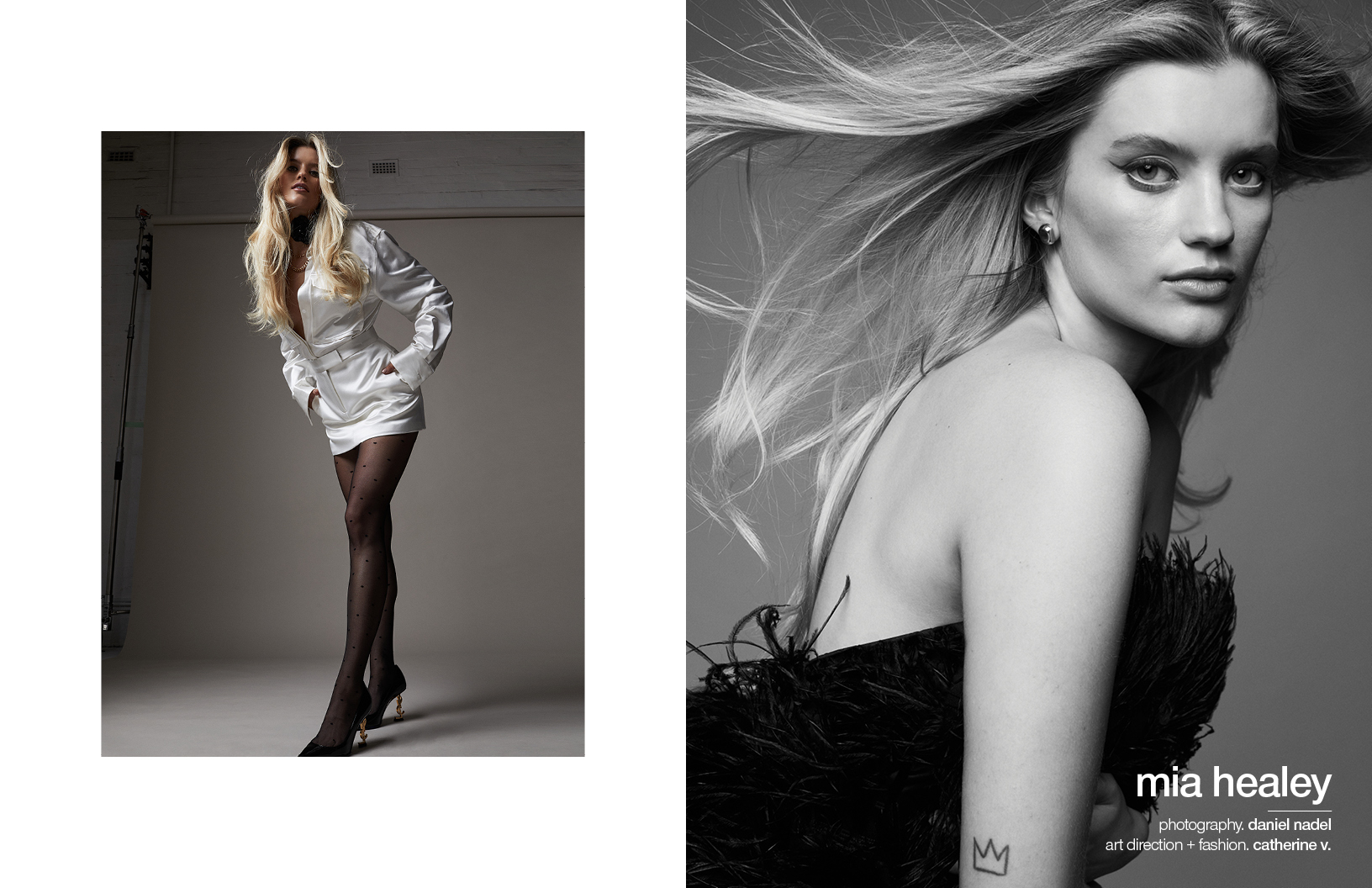 Being trapped on an island or being trapped in modern society: which is worse? In times like these, it’s a beautifully daunting question — and it’s one posed by Amazon Prime’s latest series The Wilds. The Wilds follows a group of nine young women stranded on an island after a mysterious plane crash. In her first major role, Australian actress Mia Healey plays Shelby Goodkind, the show’s Texan “God-fearing, pageant princess”.

While The Wilds becomes a quest for survival, Healey emphasises that the premise offers the girls the ability to be “free from so many of society’s pressures…the shackles of social media, authoritative figures, and society’s expectation of what being a young woman is supposed to look like.” Schön! caught up with Healey to hear more about this idea, her favourite Shelby moment and the important messages from the show.

First, how are you feeling these days? Any major takeaways from 2020 you want to share?

I’m feeling good. 2020 was a rollercoaster and did not go as planned — I think we can all agree on that — but it taught me a lot. I learned a lot about self-care and patience which is important for the line of work that I’m in. 2020 also gave me the time that I didn’t know I needed to reset my goals and reconnect with myself.

Your first role is Shelby Goodkind on The Wilds. Before talking about her, how would you describe The Wilds?

The Wilds is about a group of nine young women from different racial and socio-economic backgrounds in America who are stranded on an island after their plane crashes mysteriously. Every episode dives into one of the character’s backstories, and we learn about their lives before the island and what brought them there. There are a lot of twists and turns and huge cliffhangers! As actors, we only received the scripts just before we filmed each episode, so when we got the scripts we were like, what happens next?! It was just thrilling!

A major question that comes out in the show is: what is worse, being stuck on this island or stuck in contemporary society? What do you think about that?

The show definitely leaves the audiences questioning that, and in a lot of ways I agree with that. The island serves as a metaphor for feeling trapped, and if you think about it, we can feel trapped in our own bedrooms at home. These girls were trapped, yes, but they were also free from so many of society’s pressures and [could] let go from the shackles of social media, their parents, other authoritative figures and society’s expectation of what being a young woman is supposed to look like. 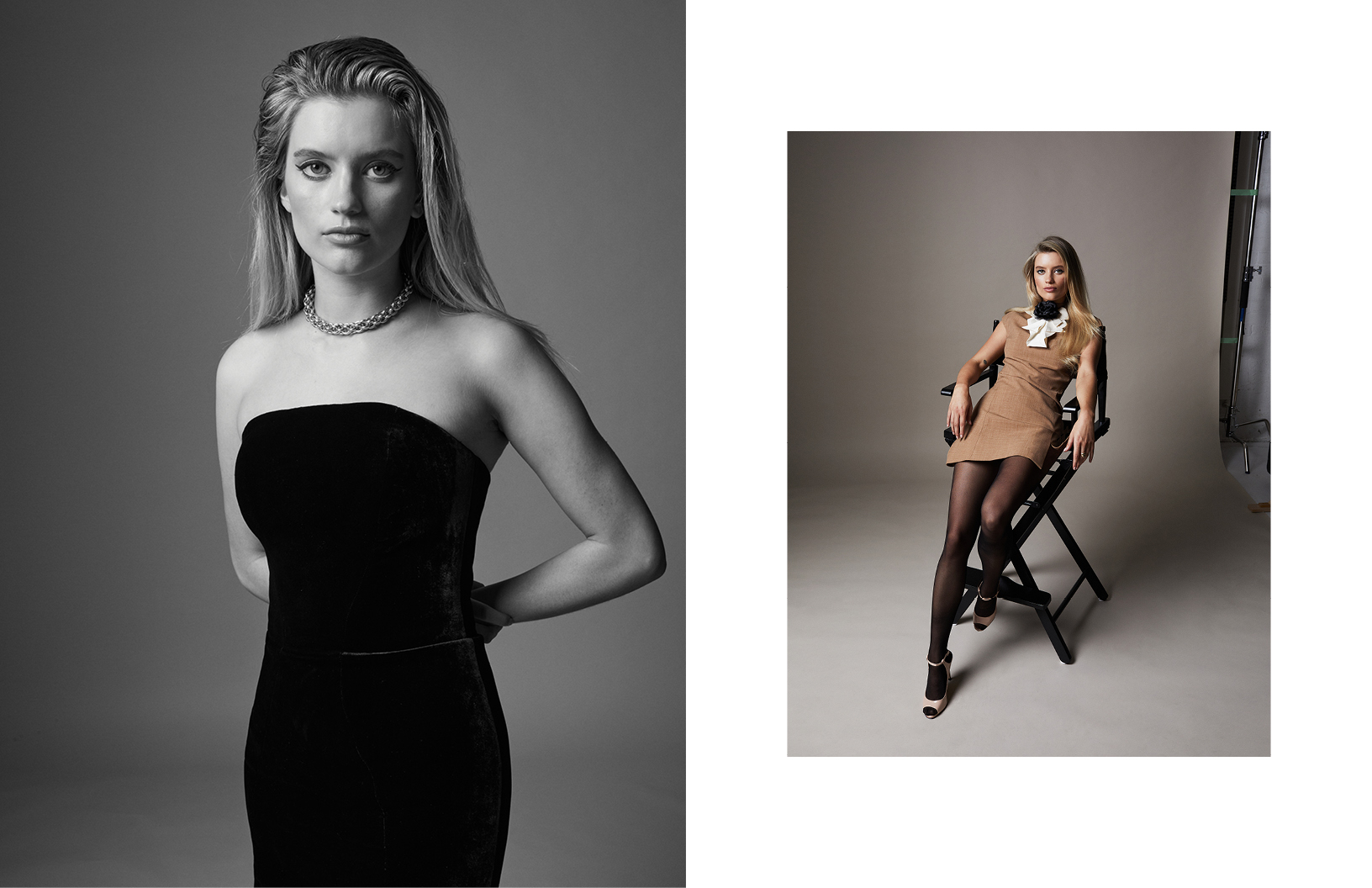 A lot of people are tying the show to the series Lost and the book Lord of the Flies. What are your thoughts on this, and do you think there is a better comparison out there?

If I’m being honest, I’ve never actually seen Lost, but I have seen and read Lord of the Flies so I can talk about that. I can see a similarity in the sense that Lord of the Flies studies the patriarchy and The Wilds opens up a conversation about a possible matriarchy. However, I think there are too many differences between them to say that it’s a female version of [Lord of the Flies]. Is there a better comparison out there? Nothing really comes to mind. This show is about young women figuring out who they are and learning things and experiencing things for the first time as teenagers. I think it is a very special show that has come at a very important time when we can all relate.

Yes, the show is quite relatable on so many levels — and touches on heavy topics such as race, privilege, sexuality, friendship, patriarchy, and feminism. In your opinion, what is the main message for viewers to take away?

That is one of the great things about the show — there isn’t just one thing that the audience can or should take away from it. You have nine different women who have all had different struggles and dealt with trauma completely differently. Personally, I can see myself in every single one of these characters, and I think that is credit to the amazing writing — Sarah Streicher and the wonderful Amy Harris who have given us these fully fleshed-out characters who are all beautifully flawed. Hopefully at the end of season one you leave with a feeling of hope and a desire to celebrate what makes us different and to love what brings us all together.

Despite seeming to be just the peppy, pageant-attending, Jesus-loving, stereotypical Texan girl, Shelby actually has a complex past and is multi-layered. Is that what attracted you to the role?

100 percent! I was sold as soon as I saw the character brief and it read: God-fearing, pageant princess who has a lot of secrets and grit that she is keeping from others and uses optimism to mask those things. I’ve always wanted to play strong, complex female roles, so I feel very honoured to be given this opportunity. Shelby is a great example of those friends who a lot of us have in our lives, who seem perfect on the outside but are harbouring a lot of trauma and secrets within that you would never know about. I love playing her!

What was it like playing a Texan, and how are you similar or different to Shelby in real life?

I loved playing a Texan! The accent was so much fun — I miss doing it every day, and I try to incorporate it into my life as much as possible. And I was just so fascinated by that culture — it is just so foreign to me and not something that you find in Australia. I think Shelby and I are different in a lot of ways. For example, our family dynamics and upbringing could not be more opposite. I’m a lot freer than she is, but we are both the type of people who want everyone to think we are OK even when we aren’t, and we both love being other people’s rock.

Episode 8 “Day Sixteen” gives some real insights into Shelby’s past. Tell us more about that episode in your own words.

It was a thrilling episode to shoot because it was a release for me as a performer to play these things that Shelby went through — because it justified so much of her behaviour on the island. I think that in order to find yourself, you have to lose yourself sometimes. I think that is especially true in Shelby’s case. For the first few episodes, you see Shelby defaulting to her masks, which she is so good at using to pin herself as the perfect optimist. As the days go on and the shackles of her parents start to lift, you see her begin to think for herself, which is not as easy as it sounds. The audience gets to see and understand what happened to Shelby in her past, and you get to see more about her relationship with her family, especially her father. You get to see her express her queerness for the first time and the consequences that had on her. It can be a distressing episode to watch, but I feel that it’s important. 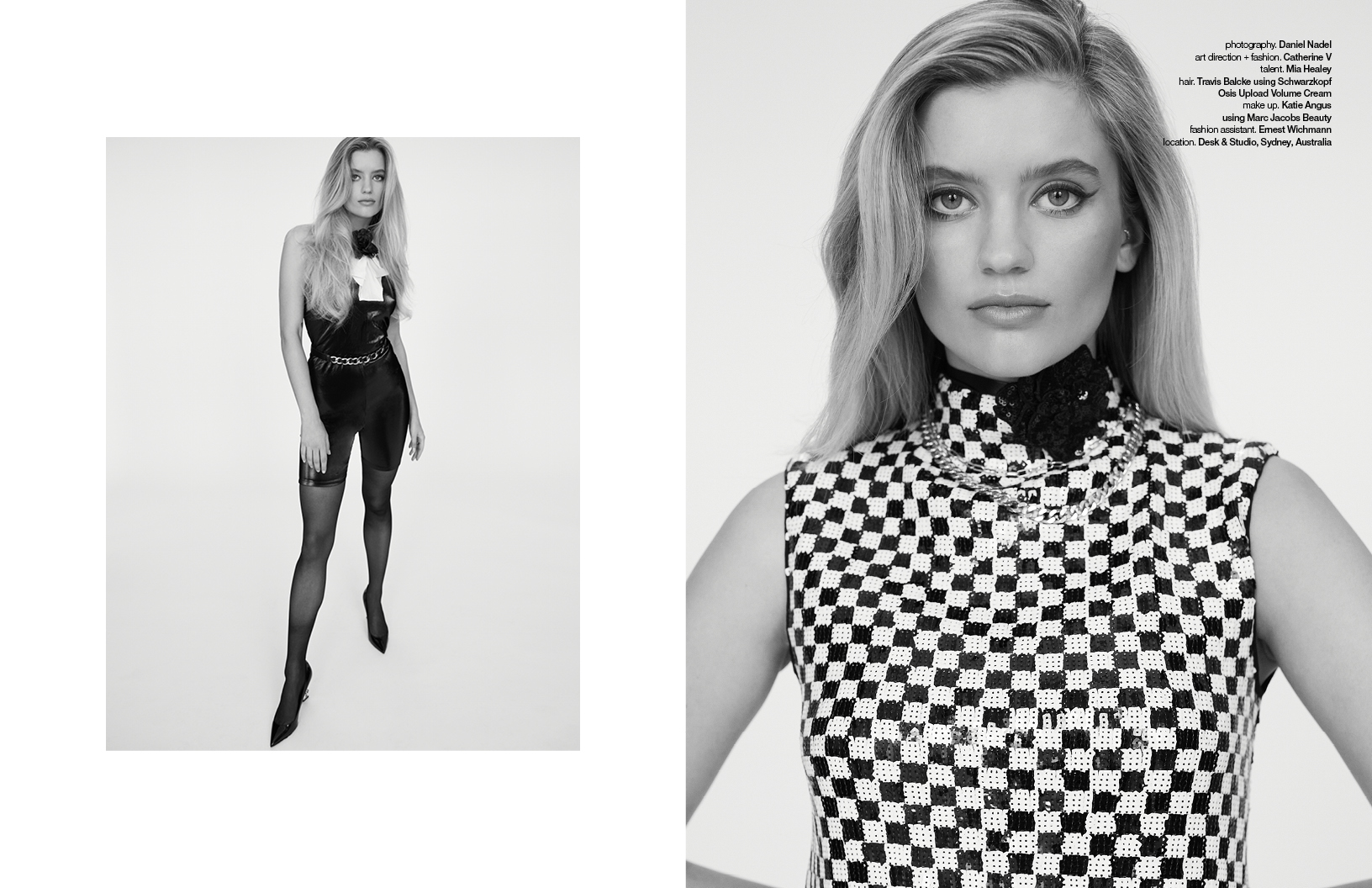 Give us your favourite Shelby moment.

I think it is when she allows herself to react to her impulses with Toni under the lychee tree. I felt so proud because that is when you see her finally have agency over herself and her decisions, which is relieving. I was on the edge of my seat every episode waiting for that to happen, and I’m so happy it did!

Is there anything you learned while playing Shelby that you think was important to take away the rest of your acting career?

I learned to empathise with someone who is seemingly so different to me on paper. But the more I got to know her, the more of myself I saw in her, and I plan to take that attitude with me when I play other roles in the future. Also, the idea of always having a secret in my back pocket will stay with me as well, because that brings a lot of honesty to the performance.

Congrats on The Wilds being renewed for a second season! In general, what do you think we will see?

Trust me, I am just as in the dark as you! I wish I knew! I’m out here reading everyone’s theories on Twitter. I have so many hopes for it though. One of them definitely being more Shoni. We love to see it. There are a lot of loose ends that need to be tied up and explained, and I’m just so excited to see what happens next.

If you were stranded on an island and could have one thing with you — what would it be and why?

Probably sunblock. I said lip balm in the past, but I think it would be hard for me to survive on an island if I’m hiding in the shade all the time from the sun.

What would be your dream role in the future?

Anything that challenges me, really. I am always drawn to complicated and troubled characters. Every time I see a movie I love, I get so inspired to play all these different kinds of roles, so it is hard to choose just one. Gosh, Cate Blanchett’s portrayal of Jasmine in Blue Jasmine will always be one of my favourites. Up next is season two of The Wilds which is right around the corner. And then, who knows? But I am excited.

The Wilds is currently streaming on Amazon Prime.