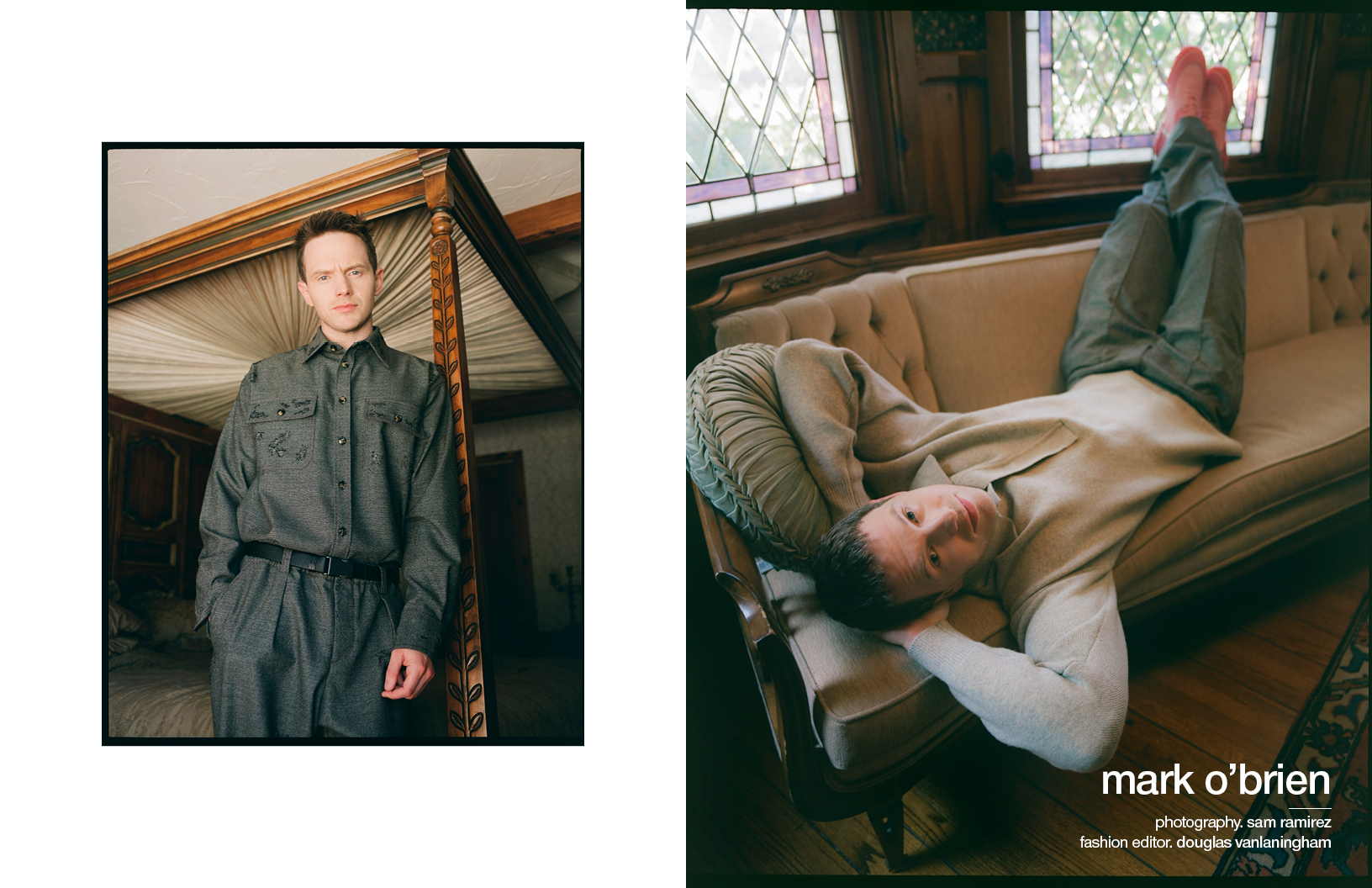 The Righteous, the new directorial debut of Mark O’Brien, is a dark film. The thriller delves into themes of faith, loss, redemption and more, all whilst set upon the backdrop of a monochromatic Canadian wilderness. Although the film is O’Brien’s first feature as a director, it’s clear the actor has immense skill, demonstrating a wide-reaching cinematic vocabulary whilst giving a simply chilling performance as one of the film’s leads.

One might assume that a mind that crafts such a story contains a similar darkness, but O’Brien is rather chipper on the phone. He seems grateful over all else, especially given the film’s warm reception at the recent Fantasia Festival. As we discuss the film, we’re also approaching the release date of a second project — Blue Bayou, a drama detailing the harrowing experience some adoptees in the United States face upon learning their adoption paperwork was incorrectly filed, and they must be therefore returned to the country of their birth. Schön! connected with O’Brien for a lengthy conversation about both Blue Bayou and The Righteous.

I want to first talk to you about The Righteous. It recently played at Fantasia Festival. How was that, seeing it finally out in the world?

Honestly, it was hugely exhilarating, but it was also very surprising. When you make a film and you edit a film, you see it so many times. I’ve probably seen the movie a thousand times — like literally the number 1000. But when you watch it with an audience, and you watch it in a theatre, you see like, ‘Oh, this is actually even more the movie I was trying to make.’… When I saw it on the big screen, it was like watching a different film in the best way possible… It was the height of my entire career for sure, to sit there and watch it. And people seem to really like it! and the feeling in the room, you get so used to how an audience feels just by sitting there and it felt great. It felt really good. I think everyone seemed to be really connected to it. 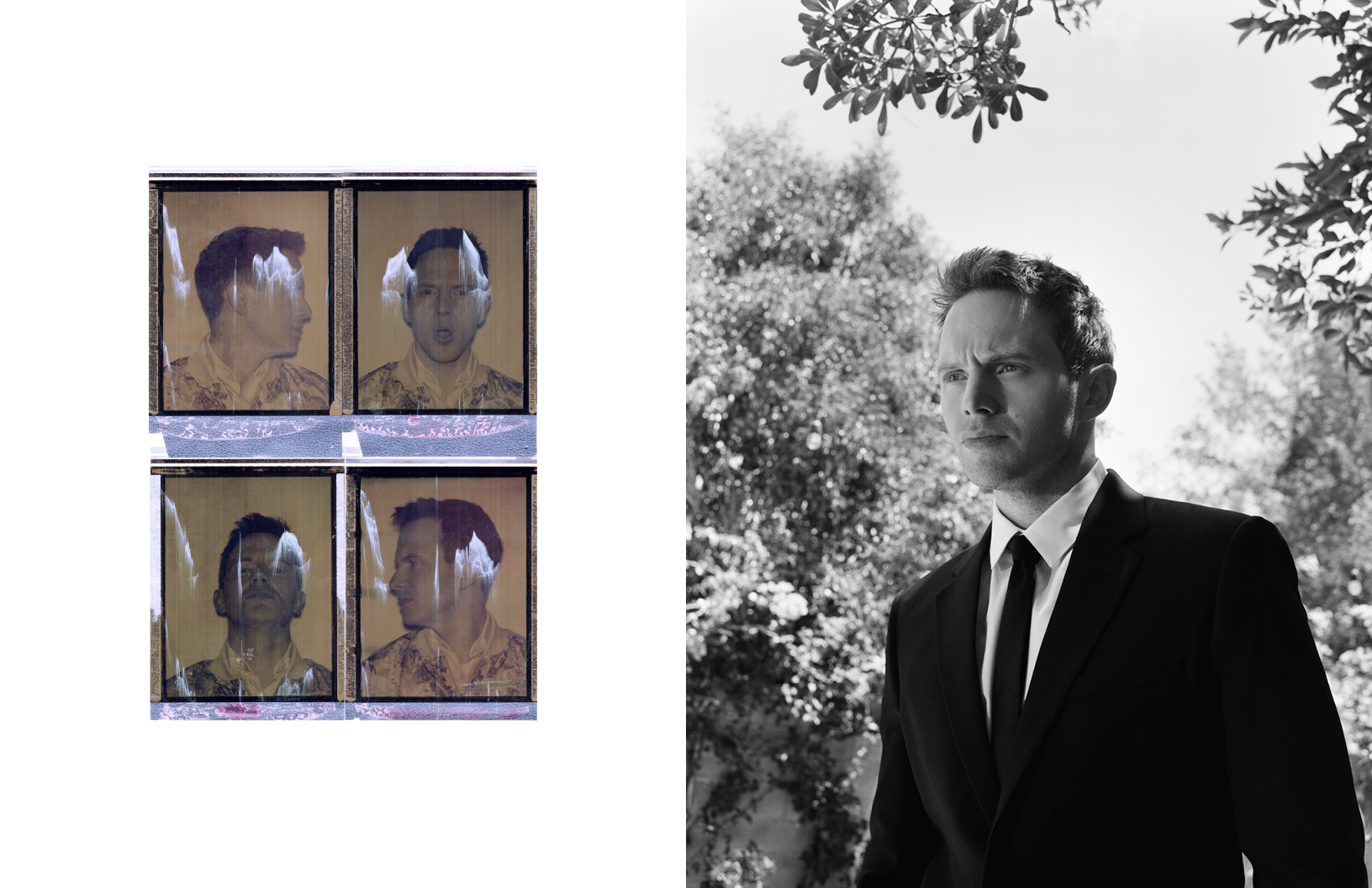 What inspired the visual language of the film?

It’s a very intentional movie in every single shot… I don’t believe in storyboarding, because unless you can draw perfectly it’s so hard to communicate [everything] to a storyboard artist. But what I do is really just design it in my head, and then I kind of use — I’m a cinephile — I kind of use filmic references, even if the reference has nothing to do with the movie we’re making, to communicate what I’m going for. With the language of this film, to me, it was really important that everything was minimalistic and pointy, because there’s something fearful about that… It’s all about this foreboding presence that’s right around the corner and that can just jab you. Everything is kind of scary, and everything is a potential threat, and it just adds to that feeling of dread… But also, we were so hamstrung. We did this in fifteen days with seven days of prep — so everything was planned as much as we possibly could. And that’s the thing; I think when you know your story — it’s not about how talented you are. It’s about how certain you are of your story. Talent comes into it, obviously; you need to have a basic awareness, you need to be emotionally available. But to me, I just really know the story. I don’t know if I’m good at it. I just know this particular story I’m telling. 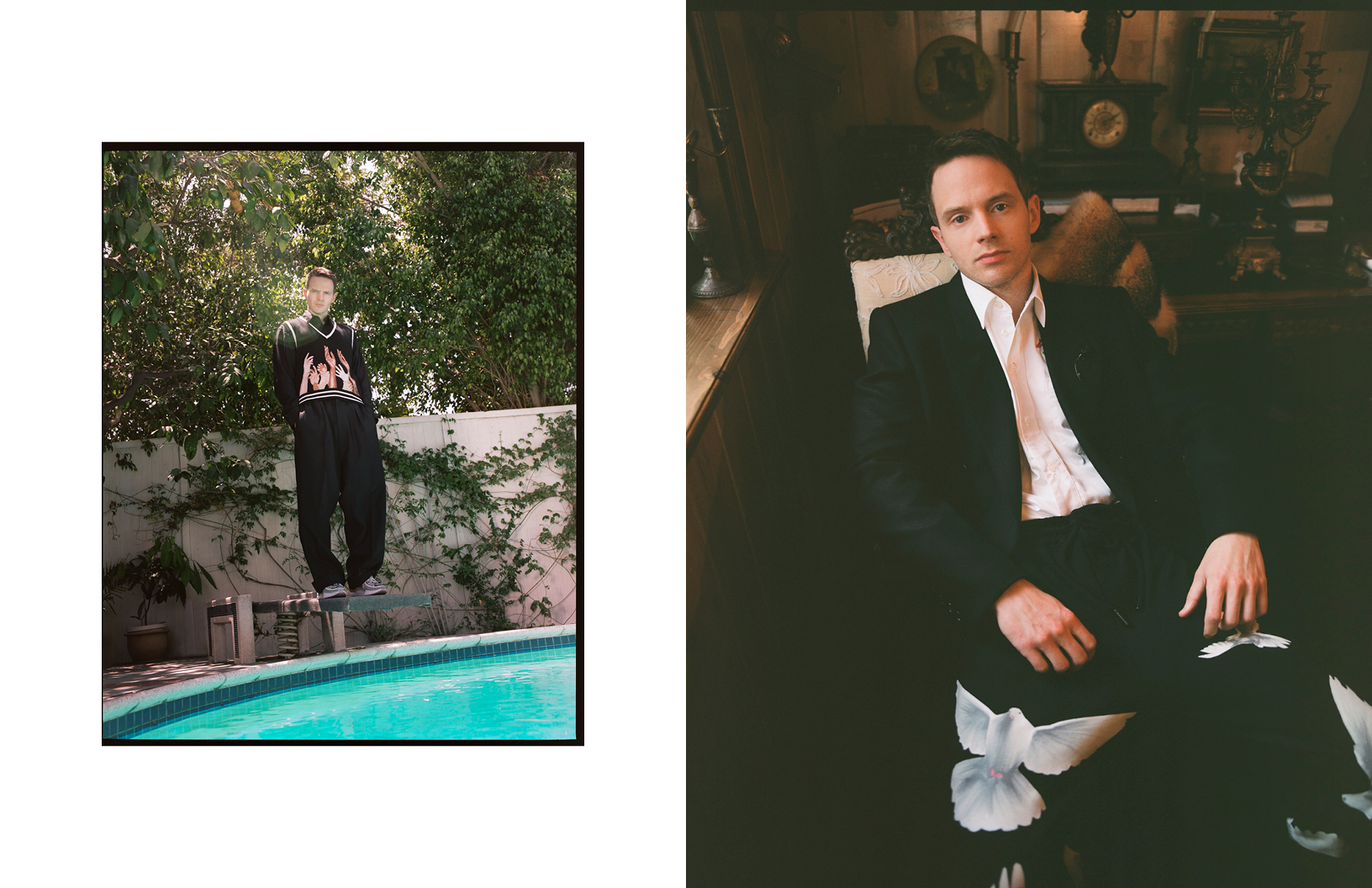 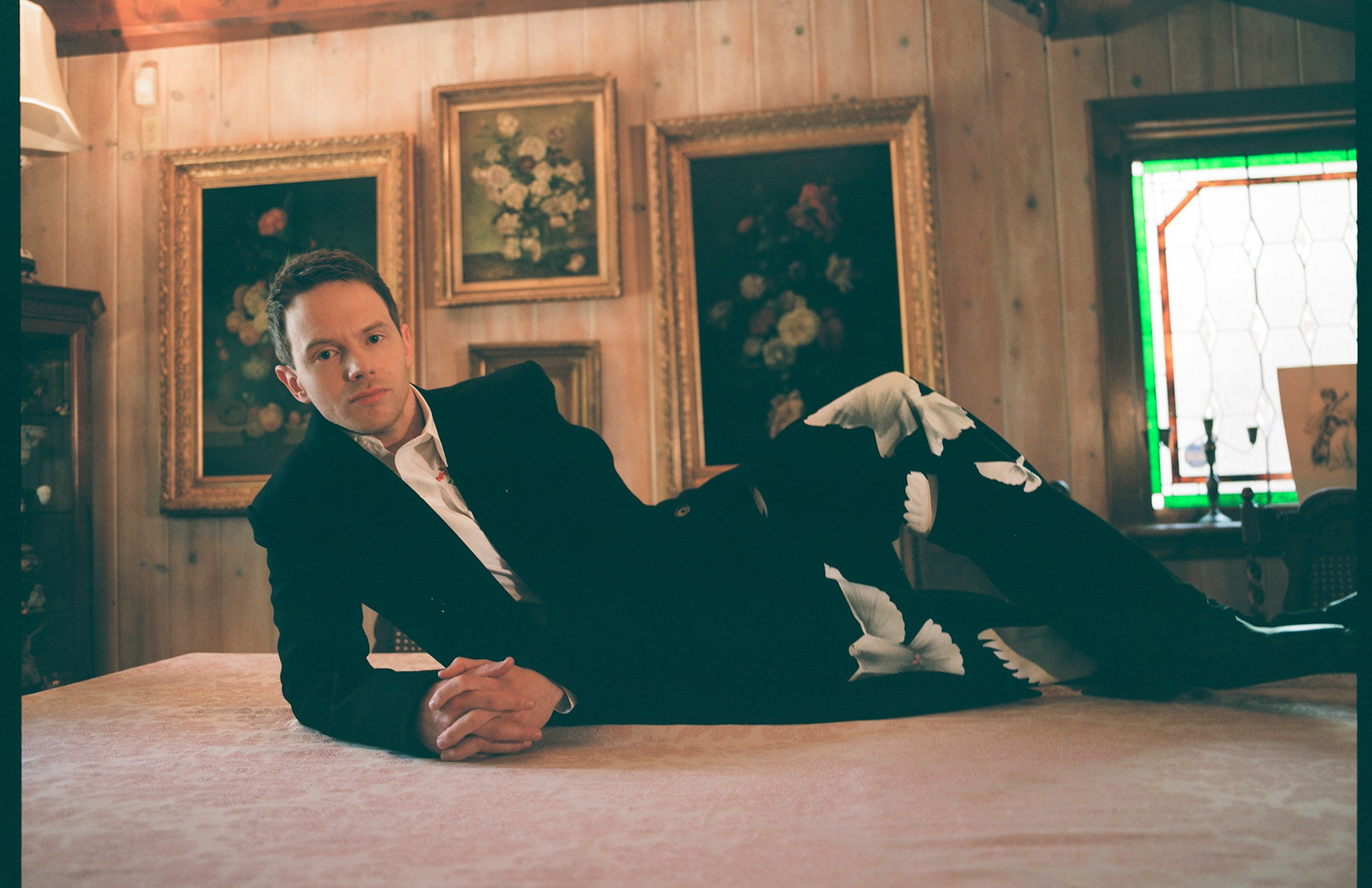 Normally I’d hesitate to ask a question like this, but because religion plays so heavily in the film, what is your personal relationship with religion? How did you explore that while making this film?

Growing up, we were Catholic… Newfoundland is a lot of Irish Catholic people. But I think I’m just fascinated by people’s relationship with God, in any religion or in any facet of life, because it’s the ultimate. And when you’re writing a story, what’s more interesting than someone’s relationship with God? Because someone could be pointing a gun at you, and if you believe in God, you care more about God than getting shot. It’s the greatest relationship possible, so the dramatic stakes are so strong, and I’m fascinated by that.

I think we all believe in something, to a degree. There has to be something. If it’s not God, then the life around us, it must mean something. I think we’re all searching for that, and I think if you were a man of the cloth, like Frederic in the film, then you’re constantly searching for that, especially if you broke a rule. I think rules are interesting, too. In life, if you’re so committed to something and then you break one of its rules… I really think, as you go on in life and whether you’re religious or not, it’s the things that upset you which will trouble you. It’s not the things that other people are upset with you about, because ultimately you decide what’s upsetting you. Those things plague you and they stick in. There’s a line in the film, ‘it’s what claws into you and won’t let go.’ Only you can decide that. Only you can deal with it, and I think that’s universal. 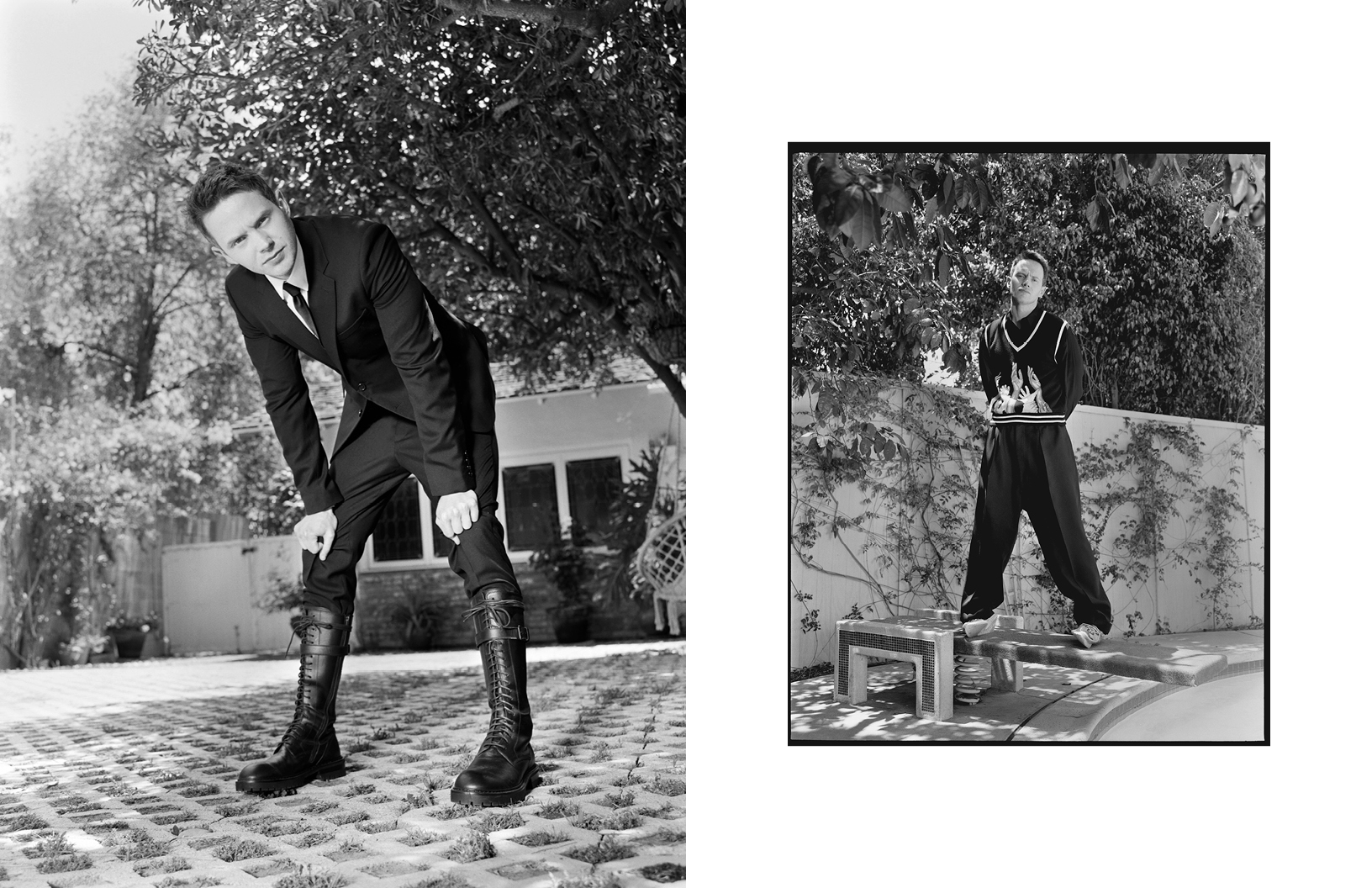 Let’s move on to Blue Bayou. What drew you to the project?

Well, a lot of it was [director] Justin Chon. I saw Gook and Ms. Purple, and I just thought that they were amazing. He’s a tremendous filmmaker with so much heart; he has a lot to say, and he’s just bleeding onto the screen… Then I met him, and he’s just the most wonderful guy. We’ve become really good friends since then. We’ve texted almost every other day or so since filming. That’s on a personal level, but then reading the script, I loved how he just showed the heart of the situation of immigration and families being torn apart, and how it’s like, ‘yes, you need to have rules and borders with every government and with every country… but there’s no heart to how we do it.’ It’s these hard lines, like, ‘Nope! Sorry! Too bad!’ and then, ‘Okay, I’ll just never see my family again.’ Those stakes are so dire, and I thought rather than getting into preaching or getting into too much bureaucracy, [Chon] just got to the heart of it and the people going through this. I thought it was beautiful. 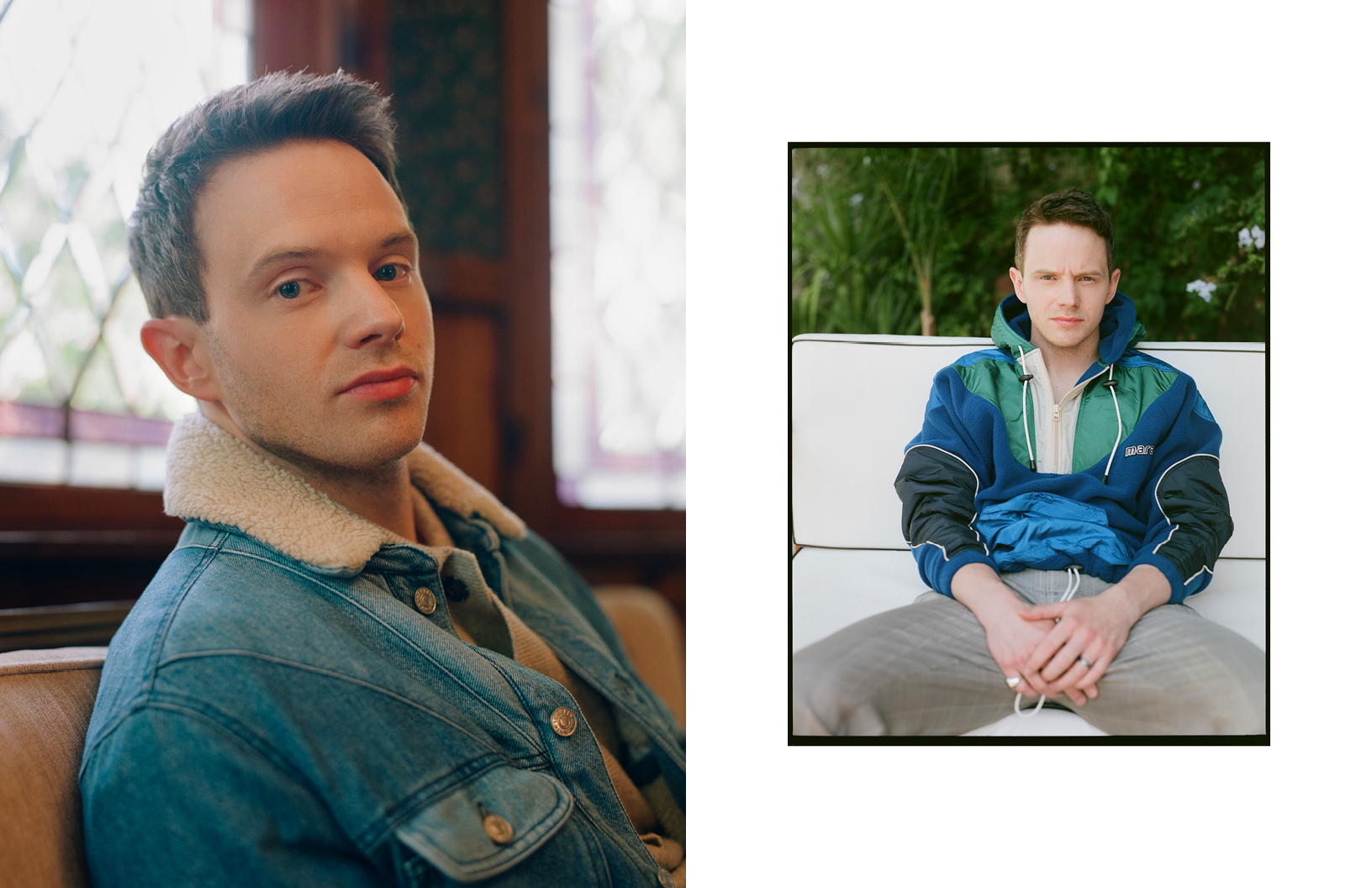 Before watching the film, I actually wasn’t familiar with the extent of the problem of mishandled adoptions resulting in people being deported to their ‘original’ country — a place of which they often don’t even have a conscious memory. Were you familiar with this prior to making Blue Bayou, and what did you learn about it while making the film?

Same thing! I had no idea… It wasn’t until I read this I was like, ‘Oh, my God, this is crazy.’ And that’s kind of what I’m talking about, the heartlessness of it. It’s like, who looks at that and thinks that this is okay?… I come from Canada, and I emigrated to the States — I was fortunate to be able to get my Green Card and come here to pursue my dream. But that’s not true for everyone. It’s just heartless, and I think this film really exposes that on a really human level.

What’s your role in 61st Street? Can you give us a little preview of that?

It’s about the Chicago Police Department justice system. It’s a bit of a crime, courtroom drama. I would say it’s a bit of both. Stars are Courtney B. Vance, myself, Holt McCallany and Aunjanue Ellis. Michael B. Jordan’s company is producing for AMC, and it’s an eight episode season. So that’s it — it’s like a limited series. And it’s really about the Chicago justice system, when it comes down to it. I don’t want to get into details too much, but I play a cop who’s really, really conflicted… It has to do with a lot of what we’re seeing right now in the world with cops and questions of ‘are the right things being done’ and ‘how do we handle this and racial injustice?’ It’s a hot button topic for sure, but I also wanted to be a part of that… It pulls no punches, and it kind of shows the dark side of every character. It’s really challenging, but also topical and has a lot to say. There’s a lot of heart in it, and I’m just excited to show it to the world. 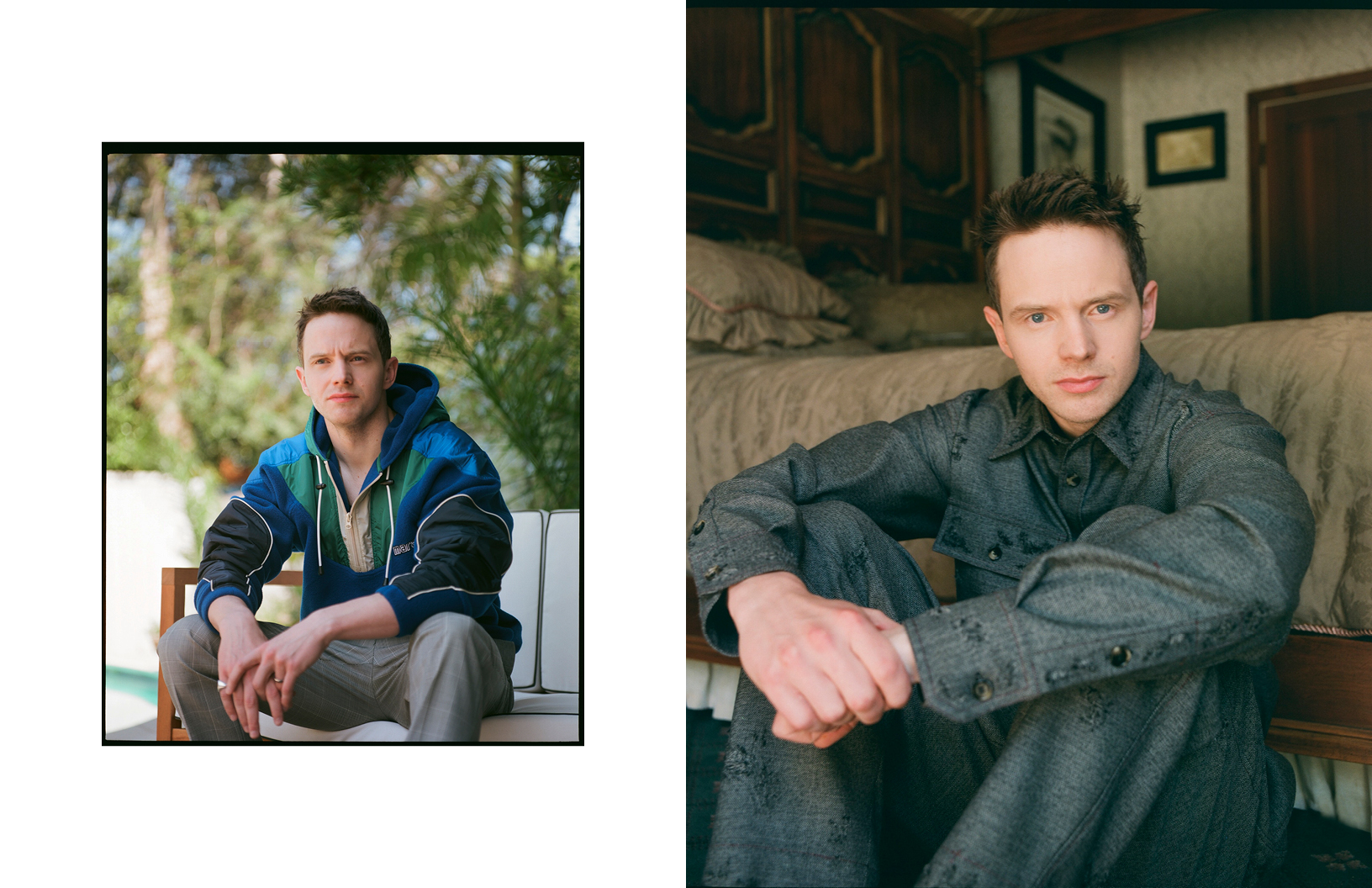 I’m looking forward to people seeing my film, because I really did put my heart and soul into it. For years, I wanted to make my first film, and I finally got the opportunity to make it with wonderful people. I was able to show it to people, and it really meant a lot to me because all I want to do as an artist is to make people think. Like when you go to a museum or you go to an art gallery, you want to see something that leaves an impression. Same thing when you watch a movie; you don’t want to forget about it five minutes later, and that’s so important to me. Whether my film is good or bad, is not for me to decide. Actually, I welcome it if someone thinks it’s bad, as long as they got something from it at all — even if it was something they know they don’t like. That’s important to me. Beyond that, it’s just to continue working. I’m very lucky to be in a position and to be able to work, and I don’t take that for granted at all, and I love what I do. I love every single part of this business of getting to perform and getting to write and direct, and I just want to keep doing it. 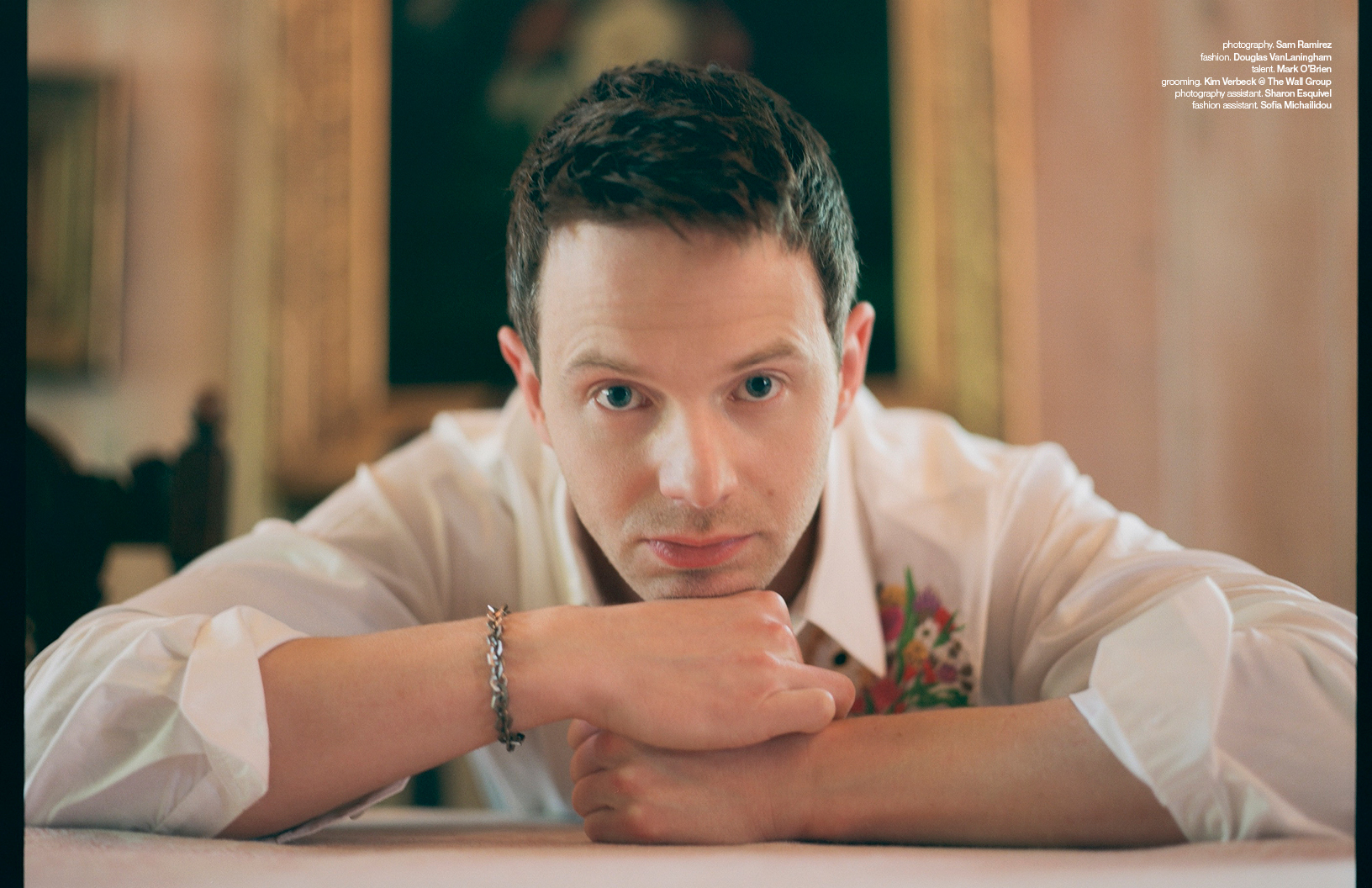 Blue Bayou will be released 17 September.