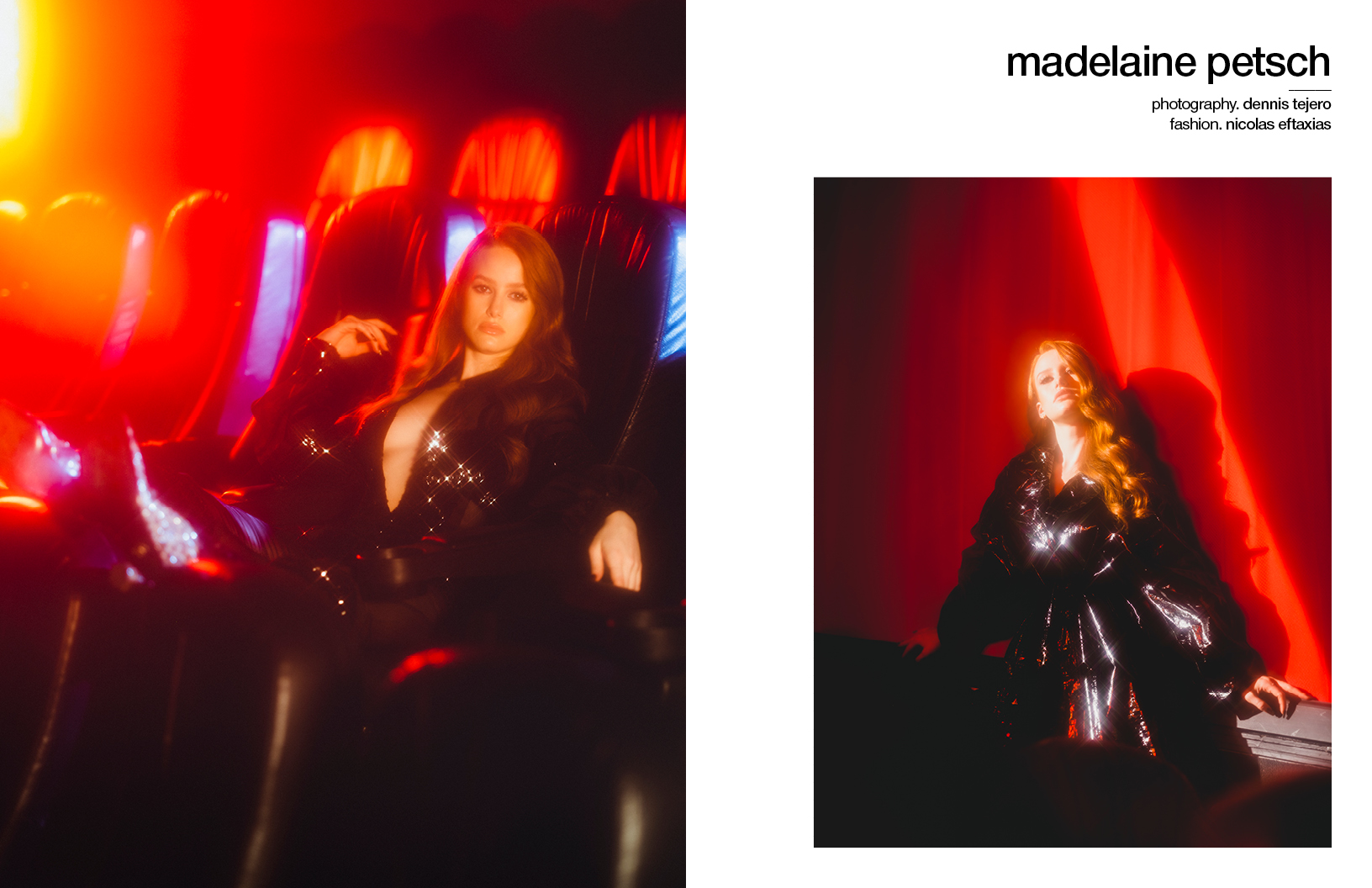 It’s strange to think that actress Madelaine Petsch has only been gracing our television screens as Cheryl Blossom in The CW’s Riverdale for just five years, but that just speaks to Petsch’s all-encompassing performance as the self-described bombshell. Since debuting in 2017, both the show and Petsch as Cheryl have constantly reinvented what it means to be a teen drama.

Cheryl is a character Petsch not only cares deeply about but passionately campaigns on behalf of. In the early days of filming the first season of Riverdale, Petsch brings up how she took note of Cheryl’s different facets and quickly realised something the writers weren’t aware of themselves: Cheryl was a lesbian. “After viewing episode 3, I knew in my heart that she was a lesbian,” Petsch explains. “I feel like people believe the actors know the characters better than anyone else and sometimes the people in charge believe they do but I felt, and still feel, like I know Cheryl better than anyone.”

Choosing to question those involved in the creation and writing of a character is a big move for anyone, but especially for someone that just booked their first big TV role. For Petsch, there was no room to be complacent, especially if it meant that her character would be living their true self. “I’ve always been somebody who’s not afraid to speak their mind despite being a woman in a complicated industry that has been dominated by men, although it is changing slowly but surely. I’m lucky, though — the producers created an environment for us to feel comfortable and confident expressing our opinions in a way that it never felt scary to me. Obviously they agreed with me and made it happen.”

It would be an understatement to say that Cheryl Blossom has been a fan-favourite since the show’s debut. At first, it was for her strong attitude and cutthroat personality. But, as episodes unveiled more and more about the redhead, her character began resonating with viewers on a personal level due to her emotional depth and storylines that dipped into the character’s trauma.“It’s been really beautiful watching her grow up,” states Petsch. “There are moments where I want to be selfish and dive into her trauma because it’s more interesting as an actor to explore those cavities in her dark heart, but as a fan I just want her to be happy. A lot of the time I’m blending those two sides of myself when playing her.” 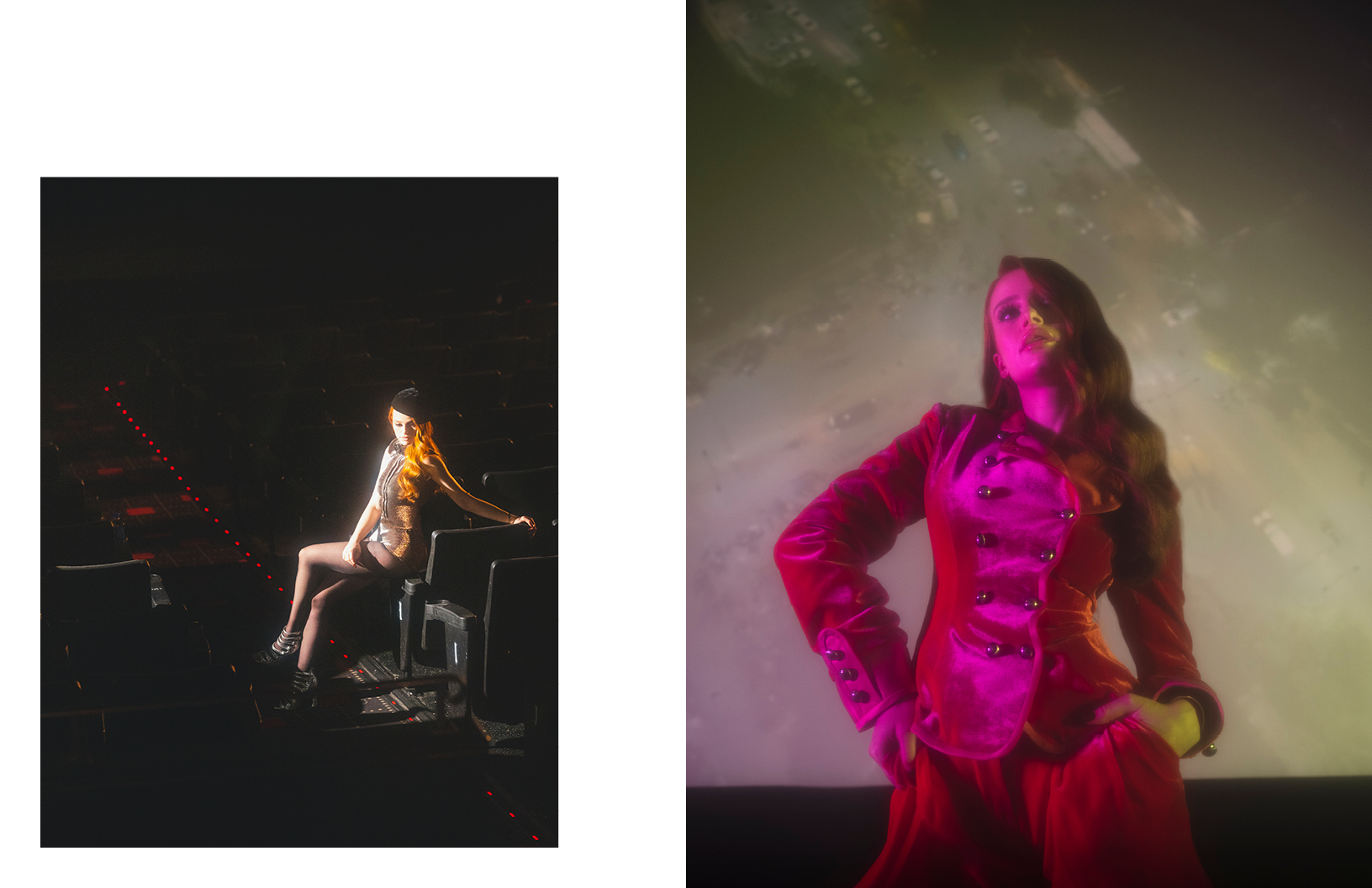 The aforementioned fans that felt a kinship with Cheryl have flooded Petsch’s IG DMs with responses to the character’s growth, noting that they’ve enjoyed seeing Cheryl after a 12-year time jump because now she “doesn’t really give a fuck about what anybody thinks,” declares Petsch. “Back in season one, all she cared about was what everyone else thought of her. Now, she’s embracing who she is and is comfortable in her own skin. What I love most is that she’s become kinder and more open to people. She’s taking in young girls who have been kicked out of their homes because they came out as gay and it’s a beautiful, full-circle moment for Cheryl.”

In the latest horror-influenced season of Riverdale, Cheryl’s storyline gets slightly out of control — so much so that Petsch herself realised she had to approach this season differently than the last. “Usually I’ll get my script and just read my parts first. I was so confused, I had to call Cami because I had no idea what the hell was going on!” Petsch laughs. “Everyone has mentioned that this season is a bit left-field, but I feel like the theme — bringing in the horror aspect —really makes sense. Our show grants us a lot of different roles and we are taking advantage of that.”

If Petsch wasn’t getting enough of the thriller genre in Riverdale, she discovered it in her next role as both the star and producer of her upcoming project Jane, a psychological thriller about a high schooler named Olivia who is grappling with the death of a friend. Its themes — failure, mental health and social media — are some that Petsch feels personally affected by. “Before getting the script to Jane I had never seen or read a project that depicted anxiety in the way that it affects me,” Petsch states. “It resonated with me with how I feel about my own anxiety, how you can feel like a prisoner and trapped with it. When you include social media in the mix, especially in regards to failure, feeling like an outcast, and losing a friend to suicide, there’s so much pressure that adds to that anxiety. I don’t think I’ve seen a film that shows that struggle authentically.” 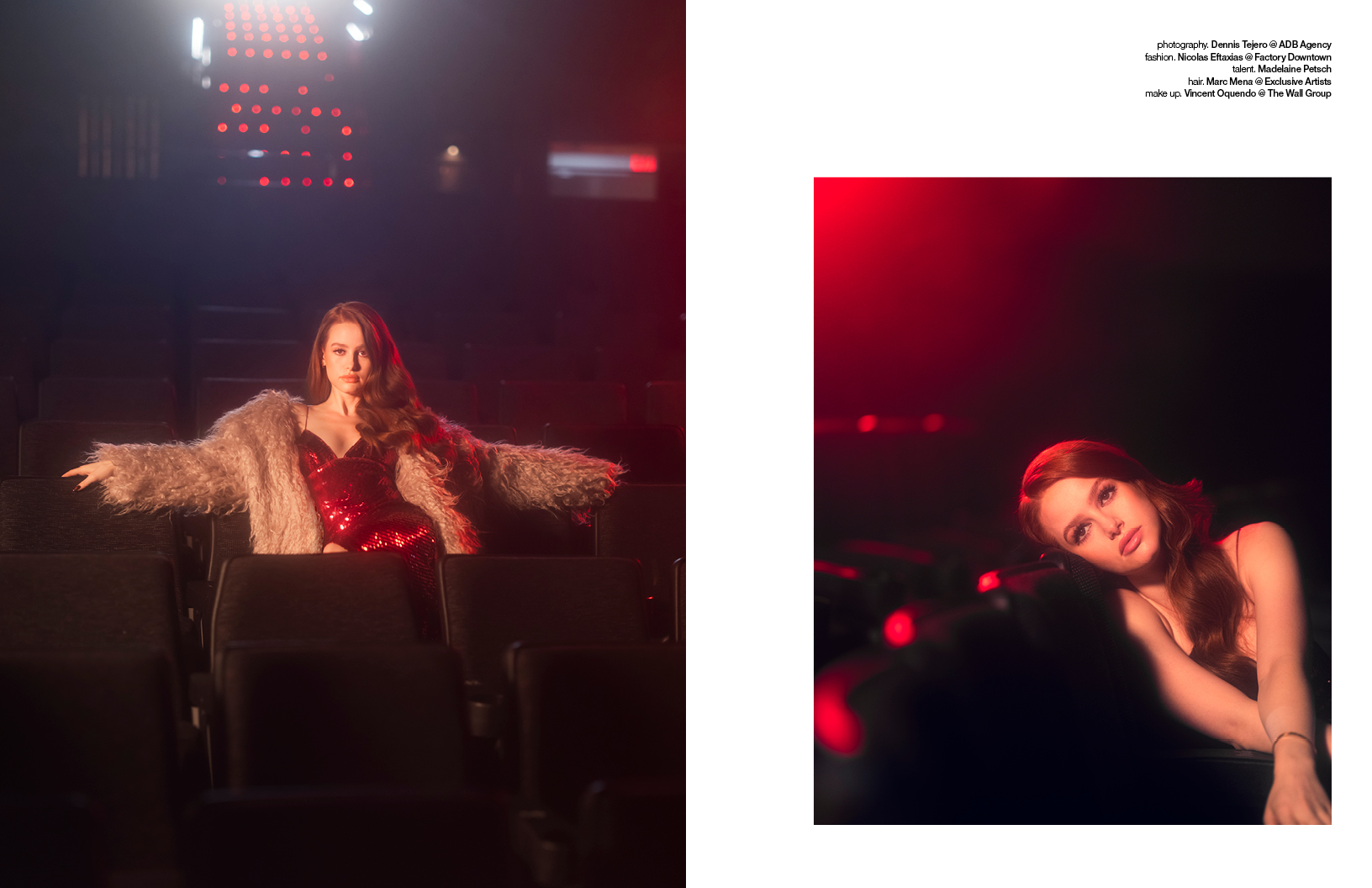 Anxiety and its connection with social media is something Petsch knows all too well. Around the time she began starring as Cheryl, Petsch created a YouTube channel to combat the perspectives of those who were conflating her with her Riverdale character. “They were calling me some awful names,” Petsch recalls. “I was so anxious thinking about everyone’s incorrect opinion of me because they were basing what they thought of Cheryl, so my channel became my way of connecting with people and showing them the different sides of myself as both a person and an actress.” In Jane, Petsch dipped into those feelings, hoping to use what she’s experienced and help others feel seen. “Although it is still a thriller, it’s grounded in reality in the sense that everything that has happened to her — anxiety, stress, fear of failure, cyberbullying and feeling ostracised — is all real. If one person sees this and feels connected to the character, then that’s all that matters to me as both an actress and as a producer.”

As the conversation draws to an end, it’s difficult to not continue speaking with Petsch as she lists books she recently loved (“I could not put down The Seven Husbands of Evelyn Hugo”) or professional goals she has in the future (“I just want to keep doing something that is different from the last project”). With the final question — what does she wish for as she embraces a new year — the career-driven, non-stop working Petsch is stumped for a mere second. “I would like to be able to enjoy my successes more,” she admits. “I want to sit with my success and enjoy it instead of looking back on it. Looking to the future is nice, but I want to soak up everything as it’s happening.”

With an iconic character under her belt, upcoming projects as both actor and producer, and a constant desire to connect with others through her craft, one thing is clear: if anyone will figure out how to do it, it’s Madelaine Petsch.

Riverdale returns to The CW and Netflix on 20 March 2022.
Jane is currently in post-production.