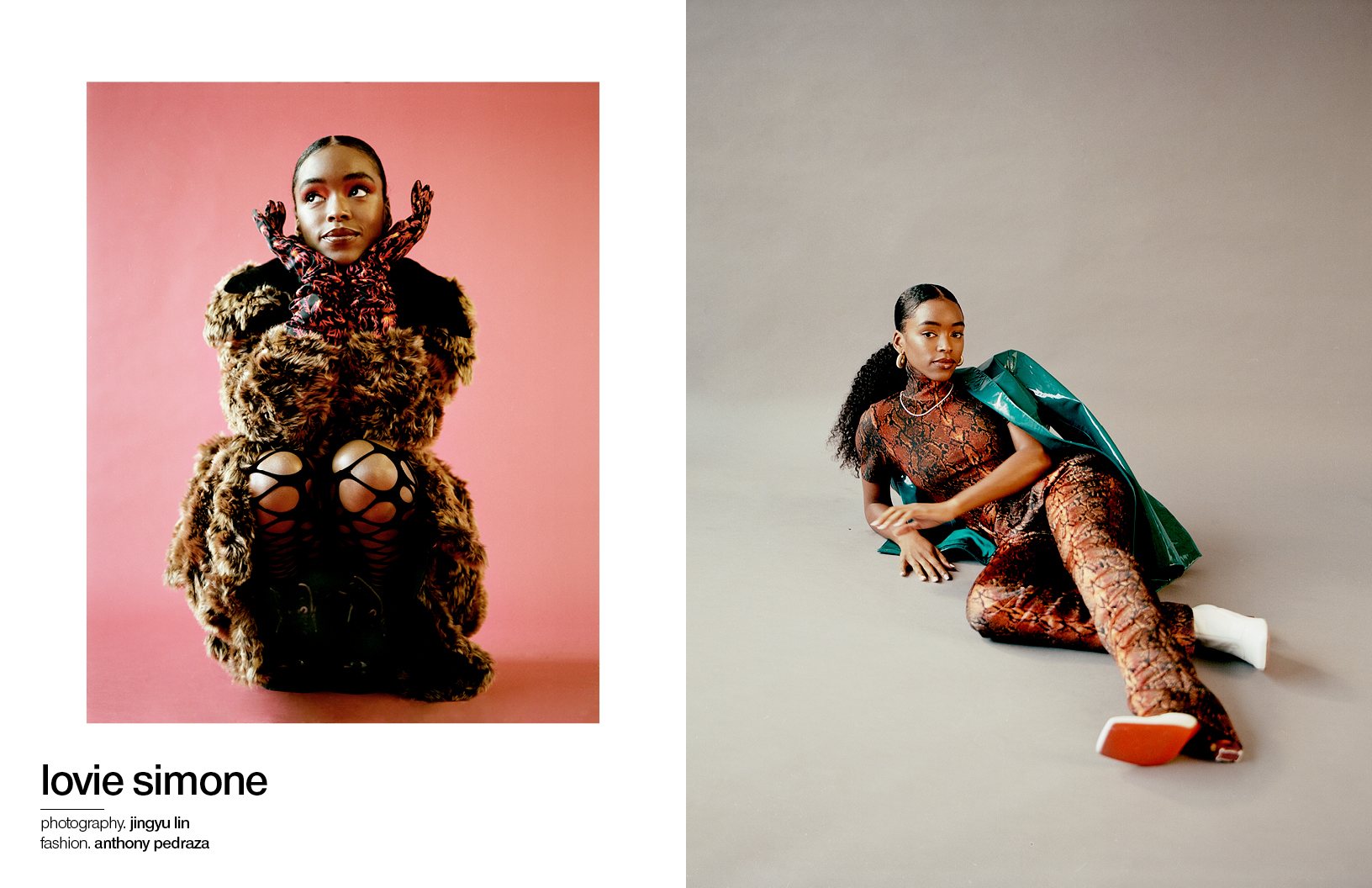 Lovie Simone is crafting a whole new future. Now that her long-awaited follow-up to cult classic The Craft is finally out on Video on Demand via Sony, the young actress has plenty of other things to get excited about. “I am looking forward to my birthday with my twin sister,” she says. “I’m ready for Sag season.”

Simone joined The Craft: Legacy with a slight hesitation. The original film was a surprise hit, garnering considerable attention and earnings despite its relatively small budget. When the opportunity arose for a reboot came along, Simone knew she had to approach the project differently. “I didn’t want to mimic the original,” she explains. “I wanted to be true to Tabby and true to the modern witch story.”

Still, the new Craft has some nods to the 1996 original — for one, Simone gets to give her own take on the iconic “we’re the weirdos, mister” line. Lots of references to the original are peppered throughout the film, and Simone says watching the fan responses to those references has been a joy. “I like that people found the Easter eggs from the original film while still viewing our film as its own movie,” she details.

Simone’s stellar ability to portray the character of Tabby came in part from an emotional bond she formed with the character, something assisted by writer/director Zoe Lister-Jones’ presence on set. “I connected to [Tabby’s] family being her foundation,” Simone shares. “[Lister-Jones] is an independent, cooperative director. She knew what she wanted for the character, and she allowed me to bring my voice to it as well.” 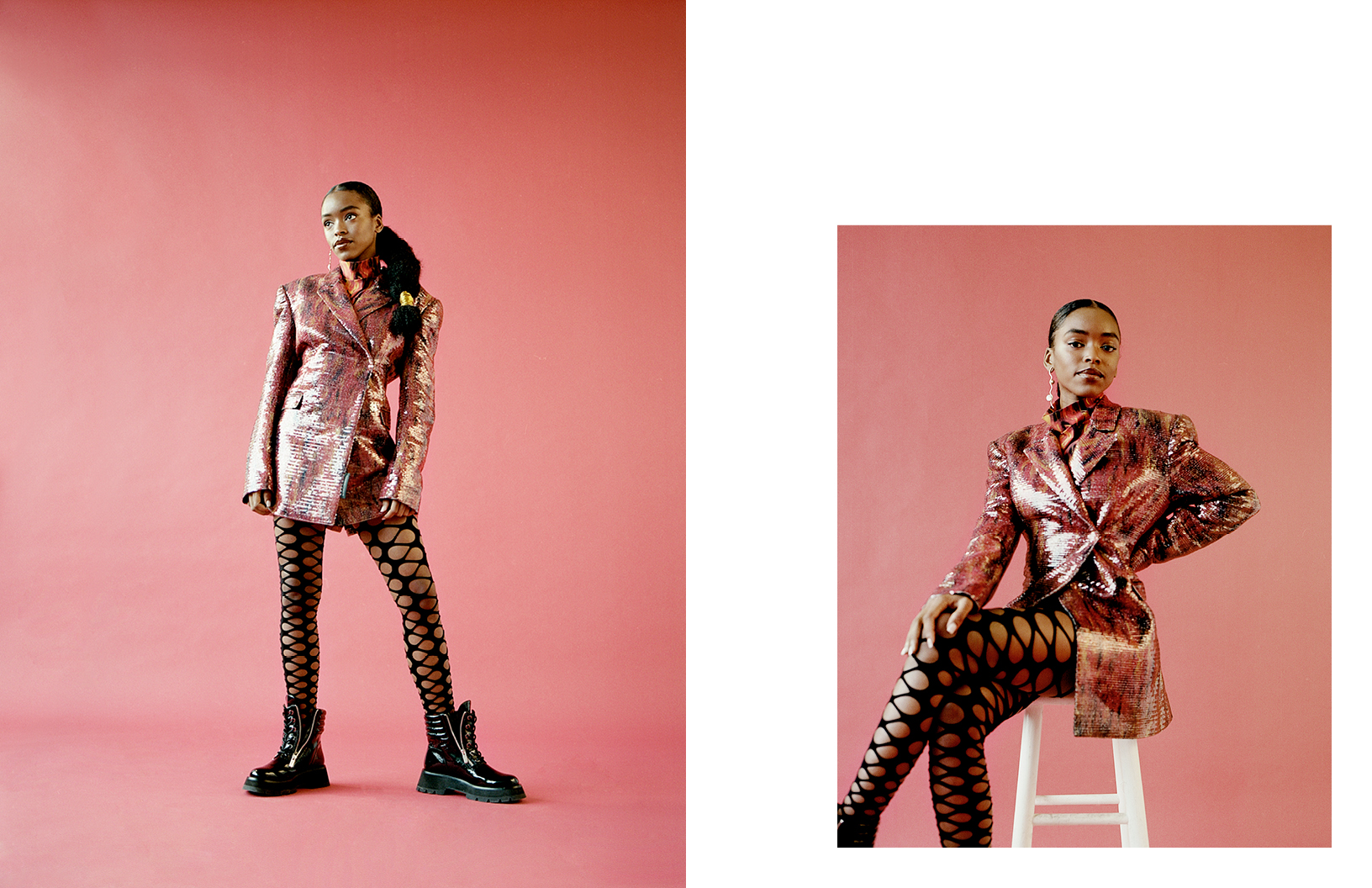 Another aspect of the production that allowed Simone to better inhabit Tabby was the cast and crew that surrounded her. In the film, the chemistry amongst the cast is electric, which Simone says came to them easily. “We all got along from the jump,” she remembers. “Having the time and space to experience each other only deepened that.” This led to some exciting moments on set. “My favourite moment from filming was the party scene,” she dishes. “We had a lot of fun with that.”

Viewers of the new Craft are already well aware that the ending left a lot of questions unanswered. While a sequel to The Craft: Legacy has yet to be confirmed, Simone hopes that another addition to the series will allow for her to explore the character of Tabby more deeply. “I would want the viewers to learn more about Tabby’s background, her beginnings and how she came into her power,” she says.

In the meantime, as The Craft: Legacy continues to build fans and viewers around the world, Simone is taking it easy, enjoying a life of reading and working on whatever projects she can given the current pandemic. “I have been big chilling and focusing on my mental health,” she notes. “I’m not taking myself too seriously and have been working here and there, including on my new series Power Book III: Raisin Kanan.” 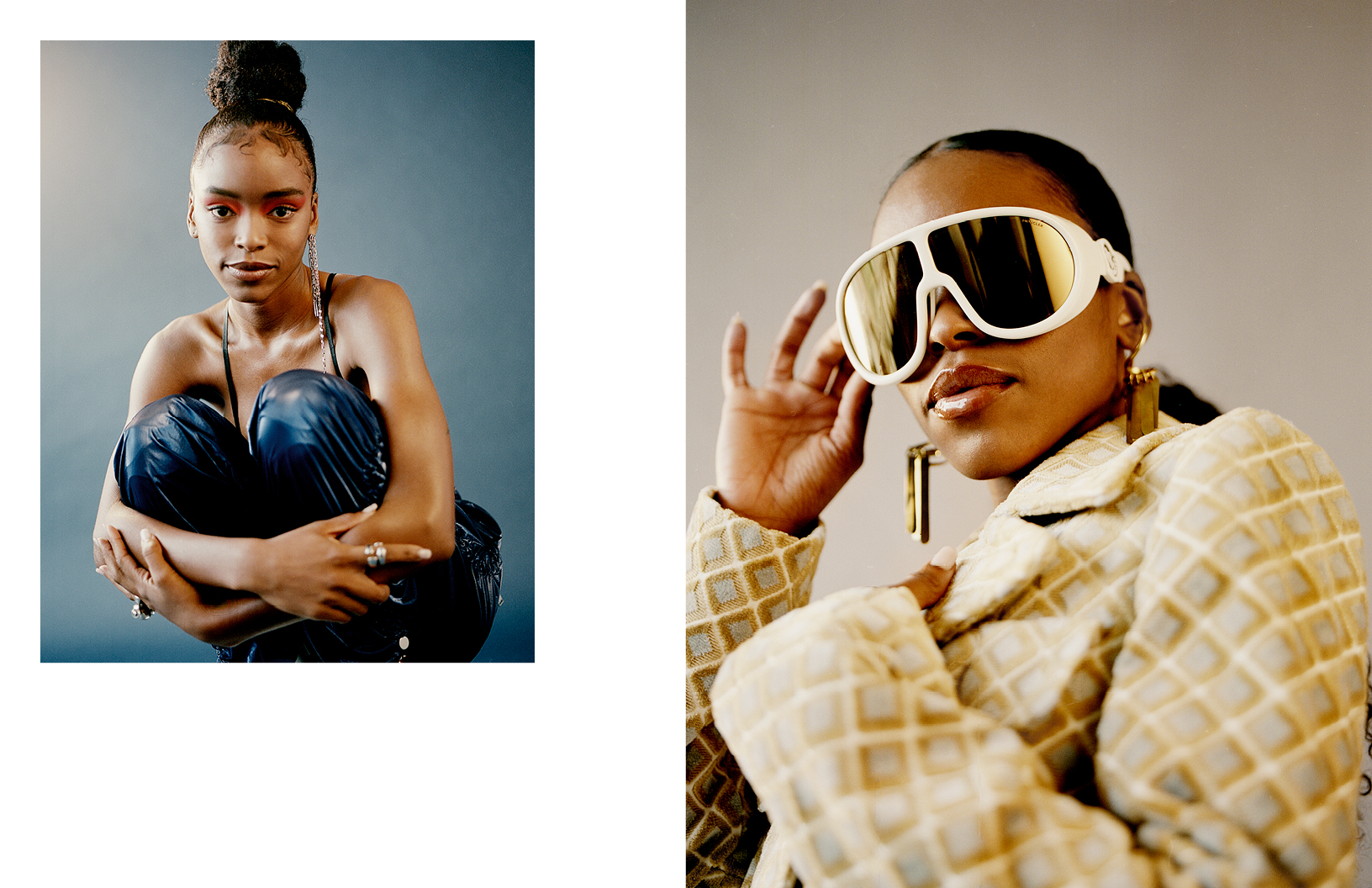 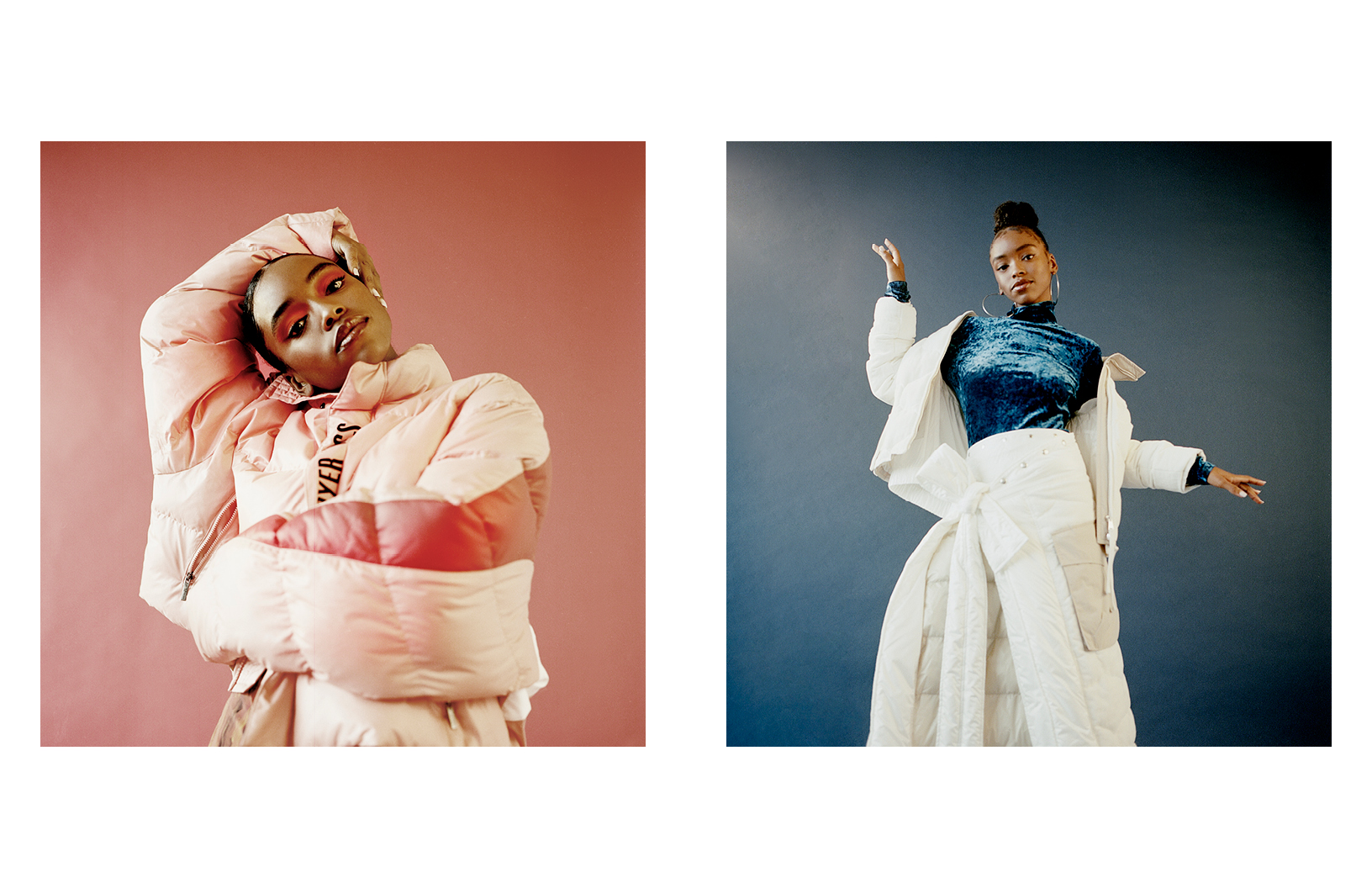 Some of that work has taken a socially-distanced form. Simone says she’s “always loved being a storyteller,” and in quarantine, she’s found new ways to tell stories that don’t necessarily involve the traditional Hollywood experience. For example, she took part in the Netflix series Social Distance, which had her filming her role over video chat using her phone. “I enjoyed it!” she exclaims. “It was extremely different for me in the sense that I had to be my own cast and crew.”

Additionally, having this time to reflect has invited Simone to look back on some of her formative roles. She first came to prominence through her role on Greenleaf on OWN, where she played the role of the rebellious teenager Zora. As her first major role, the experience was enlightening for Simone, showing her the ins-and-outs of the industry while building her acclaim as an actress. “I learned so much!” Simone says. “Greenleaf taught me how to be on a set and how to develop my acting skills.”

This acclaim led to her being cast as the lead in critical darling Selah and the Spades, directed by Tayarisha Poe. First shown at Sundance in early 2019, the film was an immediate success, becoming one of the standouts from the festival before being acquired by Amazon for a release in mid-2020. Simone received praise for her starring role, and looking back, she says being a part of the film played an important part in forming her career. “Selah and the Spades moulded me, in a way,” she reveals. “It gave me a lot to work with emotionally and helped me evolve as an actress. It also provided healing due to the Black female presence.”

All of these roles have made Lovie Simone’s career one to watch — and we can’t wait to see where it goes next. 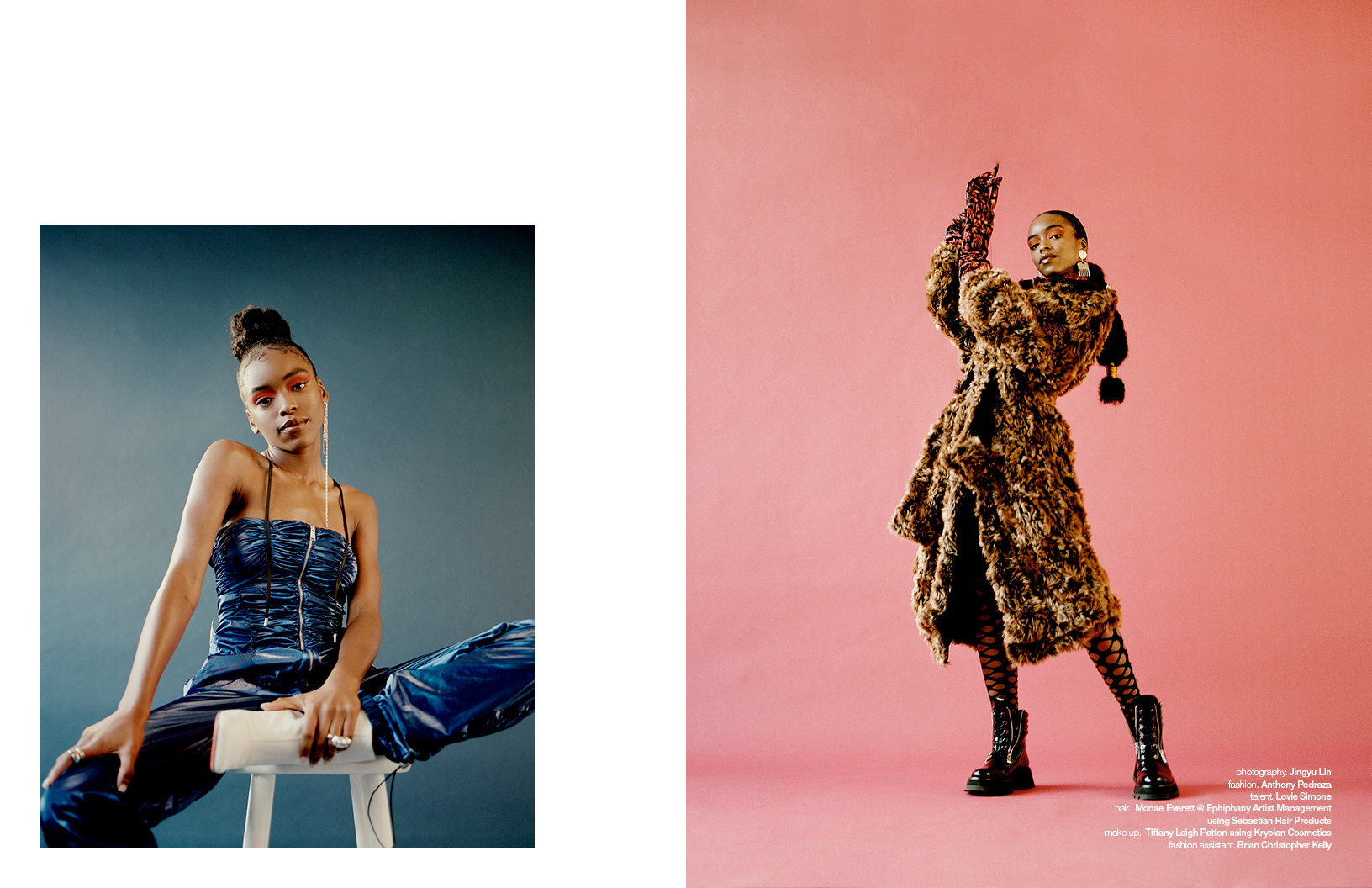