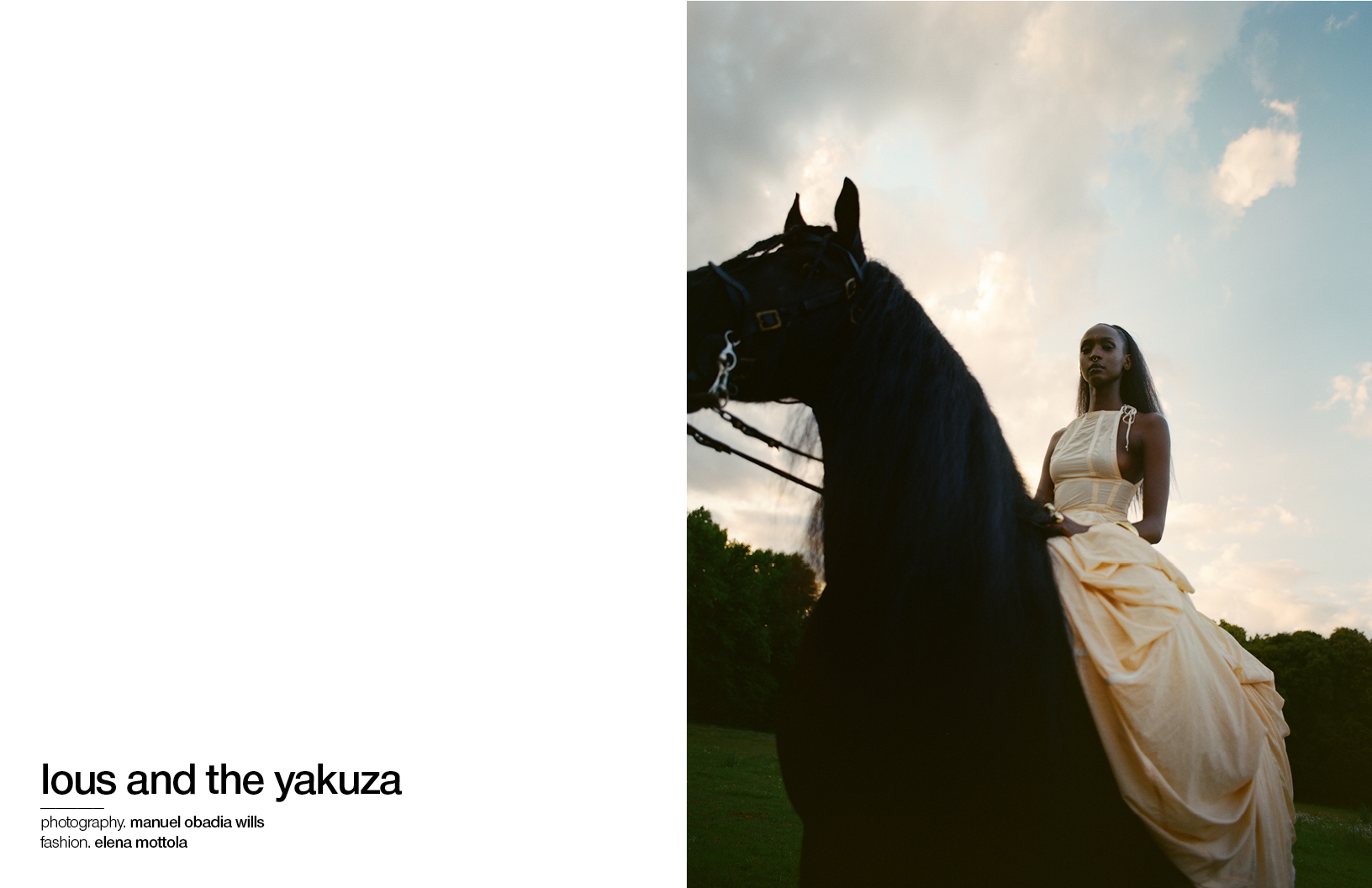 Lous and the Yakuza is more than a musician. Her identity is entangled in her sound, and she doesn’t shy away from life’s harsh truths. Instead, she explores them through poetry. Every word and lyric is a means for her to transform reality into art. “I express my thoughts and my emotions and it turns into waves of sound. It’s very special,” she says. The 24-year-old artist was born in Congo, and grew up in Belgium and Rwanda. Her sound merges the cultures that shaped her, showcased in her infectious production and rhythmic melodies. She’s a vocal artist who doesn’t shy away from tackling prevalent issues like racism in her work. “Whoever you are, whatever your skin colour is, I just want you to be free,” says Lous. “Do what you want to do, mind your business and be happy.” Her debut album Gore explores some of the most vulnerable moments of her journey. She hopes her openness can inspire others to overcome their own challenges. “There is hope in darkness,” she says. “We’re all survivors of our own experience.” The up-and-coming artist opens up to Schön! on what she learned in her hardest moments, the complex themes explored in her first album, and why she’s giving representation for Black female artists in Europe.

You moved around growing up. How has that affected your perspective?

It has influenced my perspective on everything. I’m way more open-minded than I might have been if I didn’t travel. I feel that being in touch with different people, different types of personalities, and cultures makes you accept the unknown easier. Let’s say I’m very open to the unknown and it’s one of my favourite qualities.

What did you learn the most moving between Europe and Africa?

I learned how to adapt to everything and anything. I learned life! When we see how fast we adapted to quarantine, to this new world we are living in, humanity adapts very easily.

Why did you first get into music?

Music is maybe the most beautiful thing that my ears have heard so far. I started dancing and singing from a pretty young age. I can’t even remember when it started. The only thing I remember is when I started to write. I was around seven or eight-years-old, but the singing started way before because I grew up in Congo where everything is about music.

What elements from your culture can we hear in your current sound?

I think it’s the percussion, some ad-libs, the way I sing. It could be Neo-African, like very new wave, new vibe. The fact that I’m African makes everything Africanised.

Where do you pull inspiration for your songwriting?

I think from within and from outside. I always write about what I’ve been through, what I’ve seen, what I’m observing around me. I can read a book and write about it. I could watch a TV show, have a conversation, look into my mother’s eyes. Almost anything inspires me, but these days [it’s] mostly about my feelings or love. My first album is about everything but love. 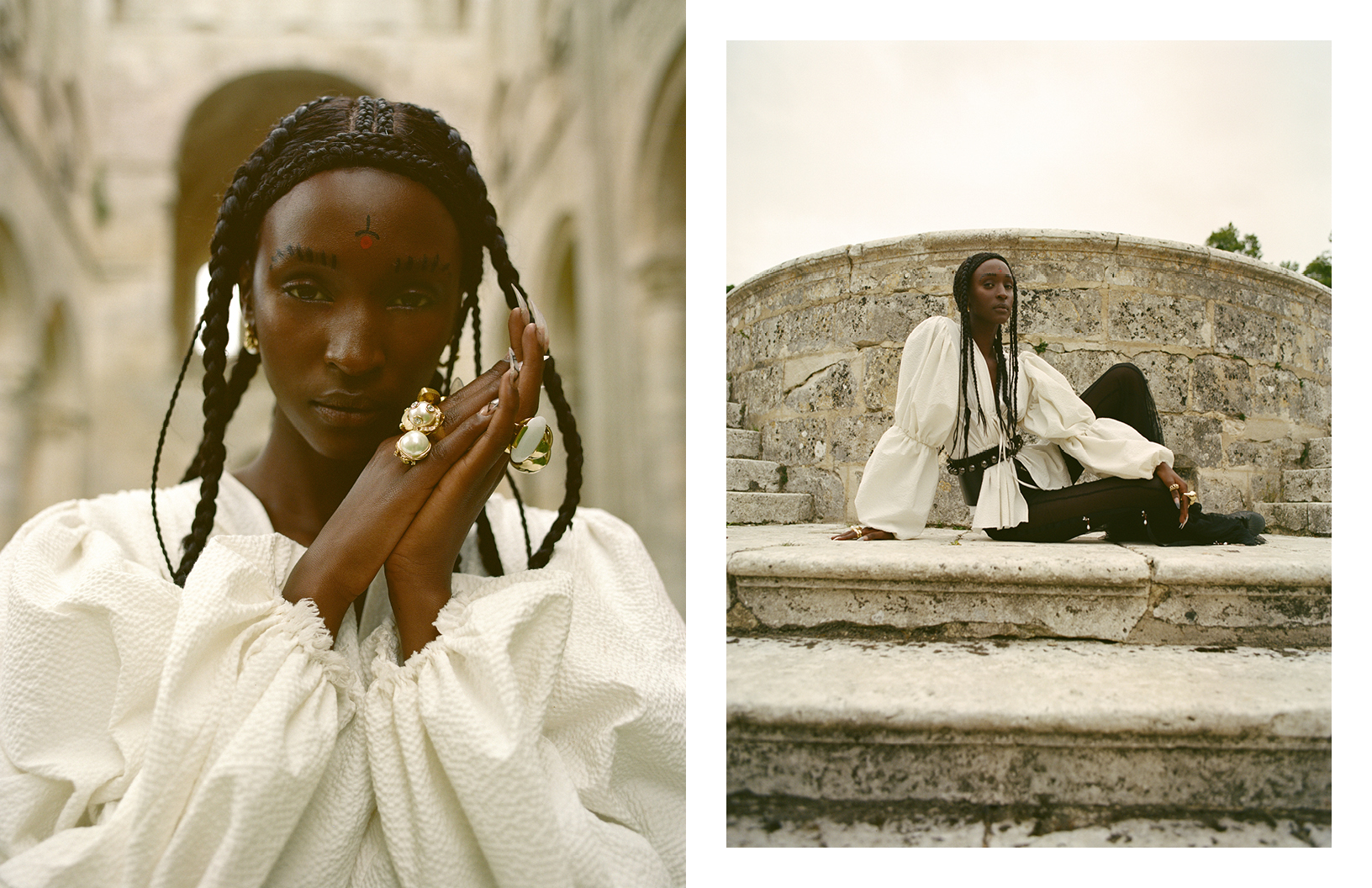 Can you explain some of the themes in your new album?

There are songs about solitude, womanhood, how it feels to be a Black person. Some dark themes too, like prostitution, rape or betrayal. My first album looks like life. Life is not only beautiful and sweet. This album shows a glimpse of the darkest side of the universe. Even if the subjects can be heavy, Dans la hess talks about how it feels to be broke, but at the same time, I’m saying that I want to have a better life. I don’t want to be broke no more. I want to succeed. So there is always a vision of positivity and hope even through darkness. I’m a survivor and that’s what I want people to feel like.

Can you explain why you named it  Gore?

“Gore” is a horror movie genre. That kind of way to film is so violent, brutal and bloody that it becomes absurd and funny. I think at some point my personal life was so hardcore and very difficult that it became absurd. Absurdity can have a funny aspect. When I see my life I’m like it’s better to laugh than cry about it because there is always hope. My whole experience has been very hard for a couple years but at the same time I had a laugh [at] myself. In a nice way, not to mock myself or to be negative. To be joyful instead of crying and being desperate. Life can be very dark sometimes and this album is very much a testimony of my strength.

Why is it important for you to use your platform as a voice for Black womanhood?

I have this responsibility because we are lacking representation. We don’t have Black female singers in Europe. We have maybe three or five that we can name, but the rest have no visibility. There are tons of super talented Black women but we don’t see them because they never get a chance. It’s very hard to get to the place I am today. The conversation is very open in the US because they have been vocal. In Europe, we are very much at the beginning. We need to change what’s happening in actual real-life so we don’t have to sing about racism anymore. We all wish we didn’t have to talk about it because – as I always say – being Black is only to have more melanin. The problem is that same beautiful melanin has gotten us into a lot of issues that we have no control over, and created this system that I wish never existed because it does not allow people to be free.

How does it feel to now be recognised and applauded for your work?

What makes me happy is that people listen to my music. Music is a big entity in the universe and I’m here to serve music. I think fame is the bad side of my work. I don’t care if 100 people love me today and then tomorrow a million. I recognised myself a long time ago when I was broke, when I had no house, when I didn’t do anything, when I didn’t have anything. I didn’t need to be recognised to make music. I’m not like, ‘okay, I released an album and this is in their faces for those who didn’t trust and believe in me.’ The only thing I care about is music.

What’s the biggest lesson you’ve learned on your journey so far?

The biggest lesson is… I can never be perfect. I will make mistakes, and I will have to forgive myself to move forward. I always wanted to be perfect and beat my imperfections, which was a big problem because you can never be perfect. If I hate myself I can’t do shit. So I think forgiving myself has been one of the greatest gifts I gave myself. 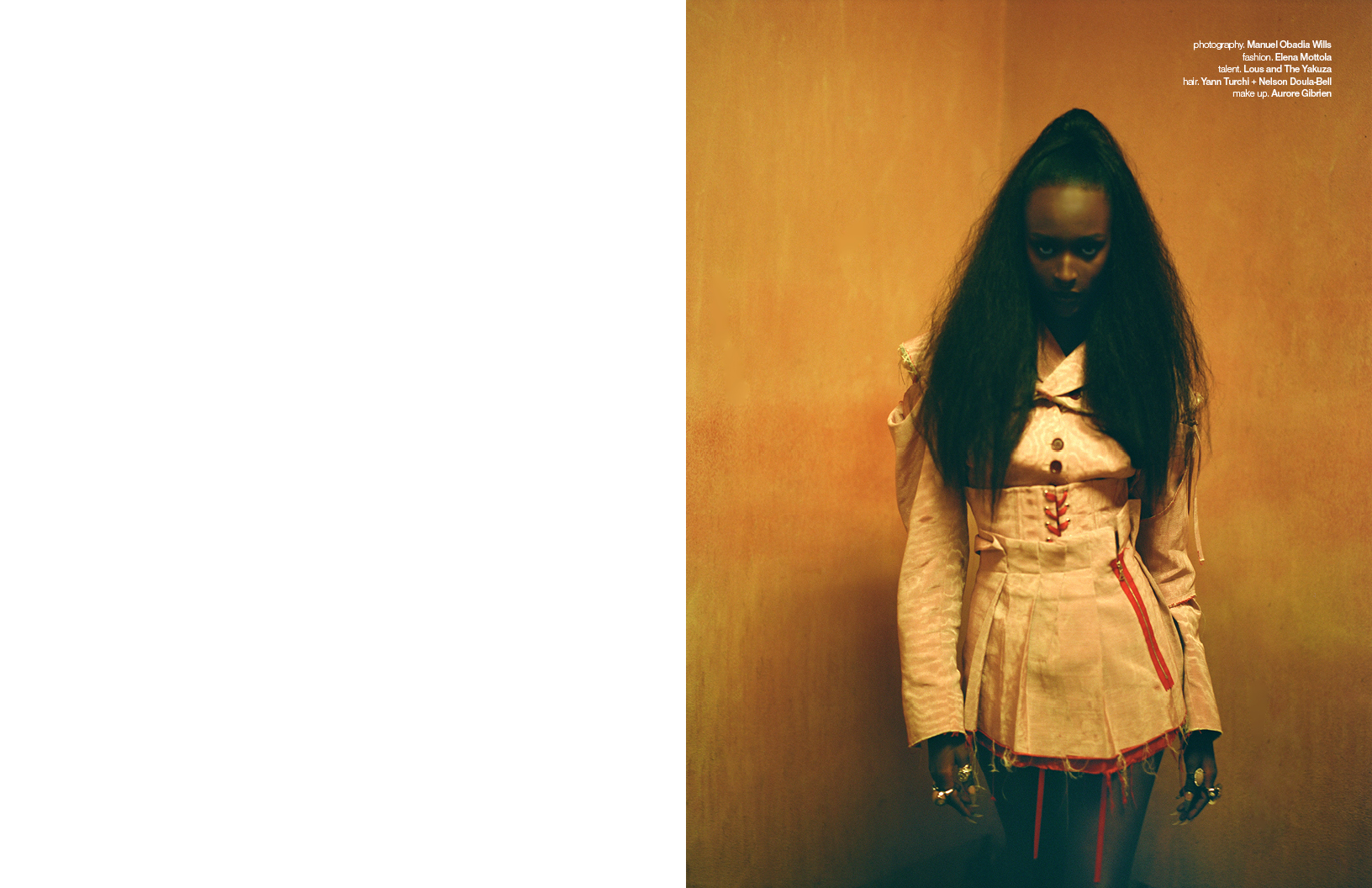 Check out Lous and the Yakuza’s debut album ‘Gore,’ out now.

This Schön! online exclusive has been produced