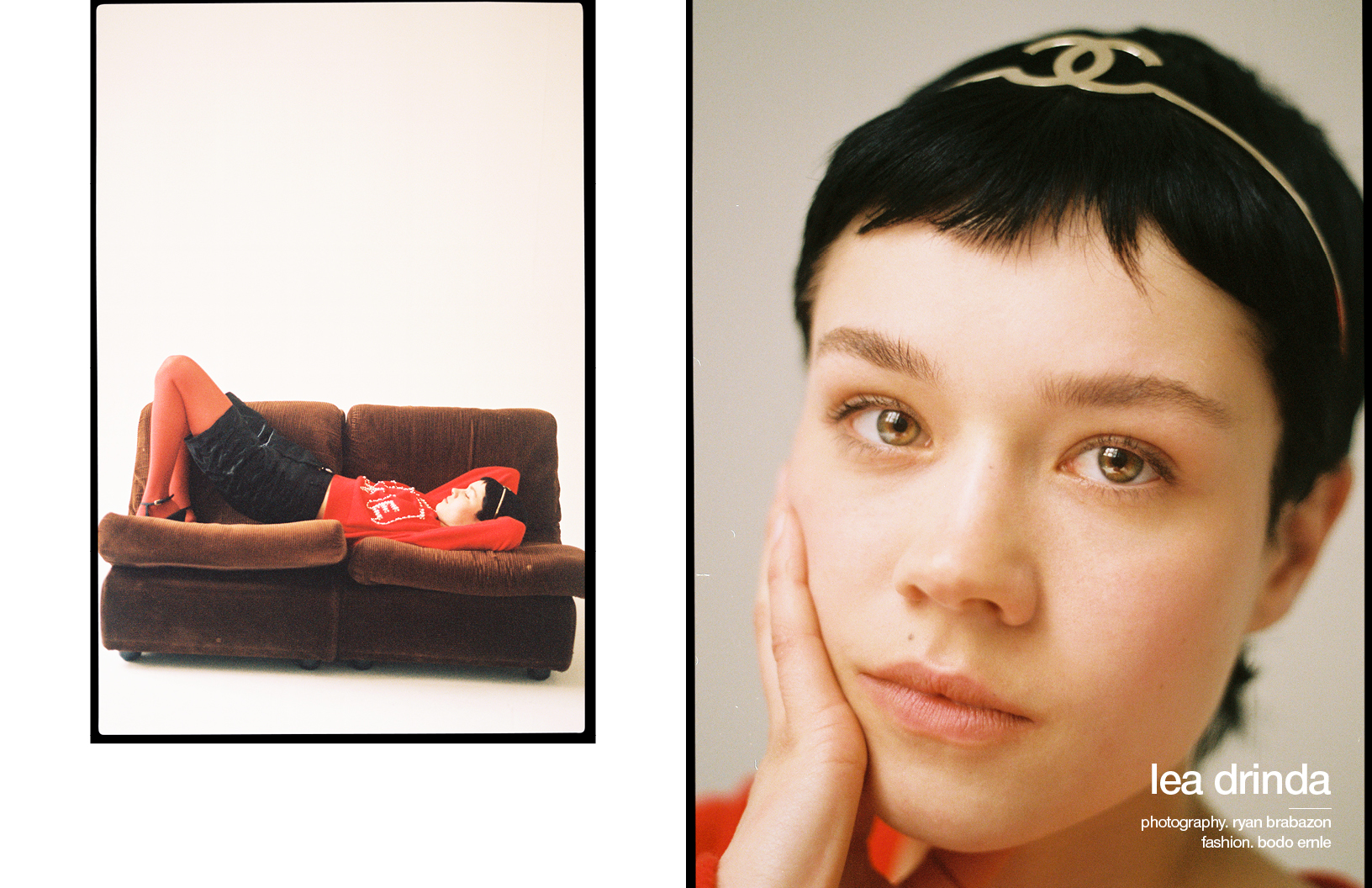 Christiane Felscherinow’s harrowing true story of teenage drug addiction, prostitution, homelessness and depravity captivated and horrified the German public with the 1978 publishing of Wir Kinder vom Bahnhof Zoo. The salacious book went on to inspire the 1981 film Christiane F., propelling the cautionary tale to cult status around the world and lending inspiration to New York’s fashion runways, such as in Raf Simons‘ FW18 collection. Forty years later, the myth of Christiane F. is revived once again.

Amazon Prime’s eight-episode We Children from Bahnhof Zoo (Wir Kinder vom Bahnhof Zoo) series is a contemporary retelling of the infamous book and film with a style that evokes the ‘70s and ‘80s and a soundtrack you could just as easily hear pumping out in a Berlin nightclub today. Although it’s clear that this is still very much Christiane’s story, the series format allows the writers to honour the experiences, aspirations and downfalls of her circle of friends. Lea Drinda, who stars as Babsi in the series, gave Schön! the lowdown on reimagining an iconic film, difficult days on set and her fondness for Berlin.

Did you grow up with the story of Christiane F.? How did you first experience it, and what were your first impressions?

Christiane Felscherinow’s story is an eminent part of German — particularly Berlin — culture, which I first came into contact with at the age of 12. It influenced my identity majorly as a person of German descent, giving me a truly new outlook on its meaning.

Did you revisit the original book and film when preparing for the role? What did you take away from them if you did?

I purposefully abstained from rewatching the movie since I didn’t want to let the first adaptation influence my view on the new format all too much. I was aware that comparison would be unavoidable, but I wanted to try my best when it came to giving the story a new interpretation and translation. I did reread the book as it undoubtedly holds the essence of the story we were trying to tell. 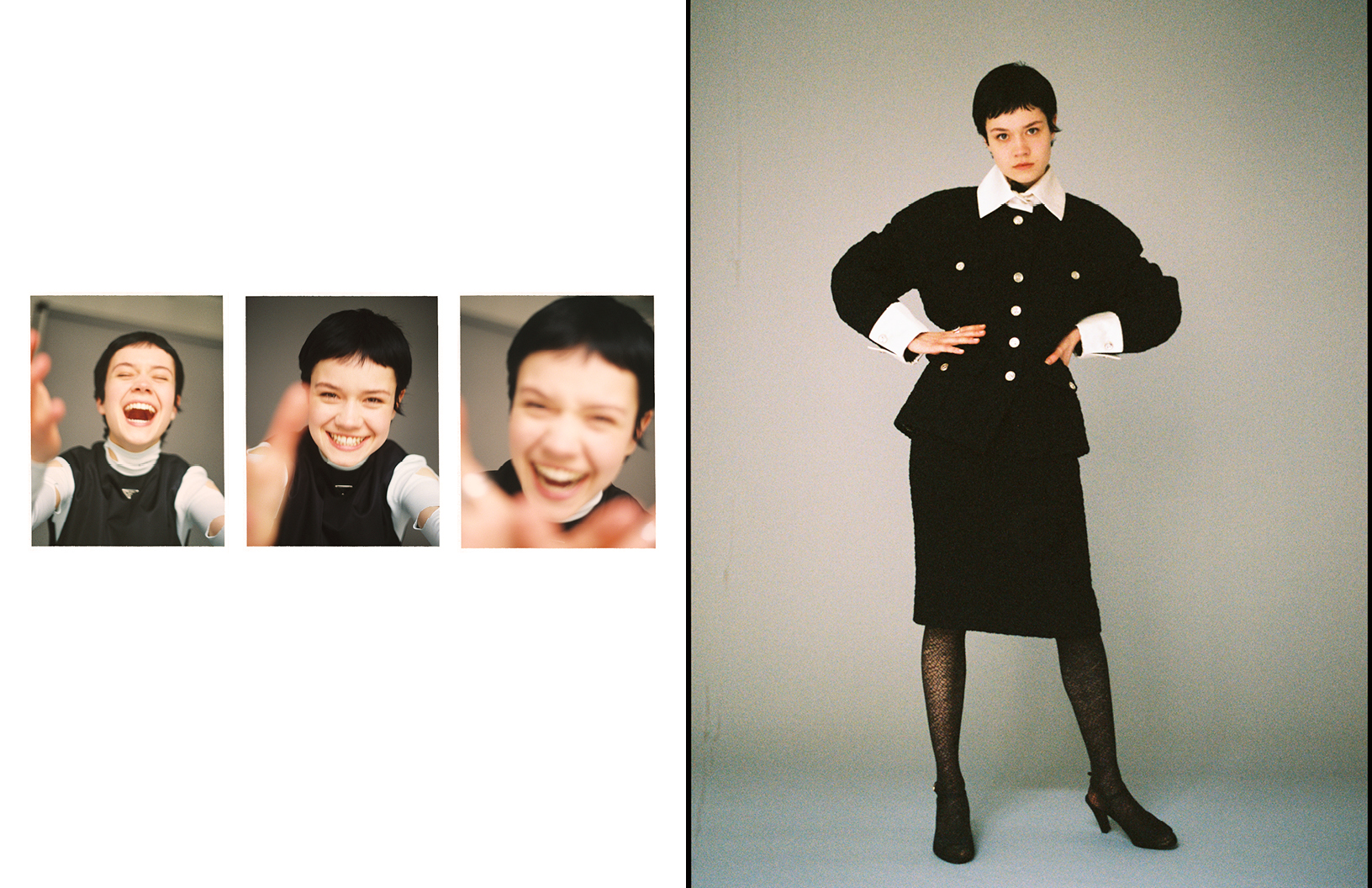 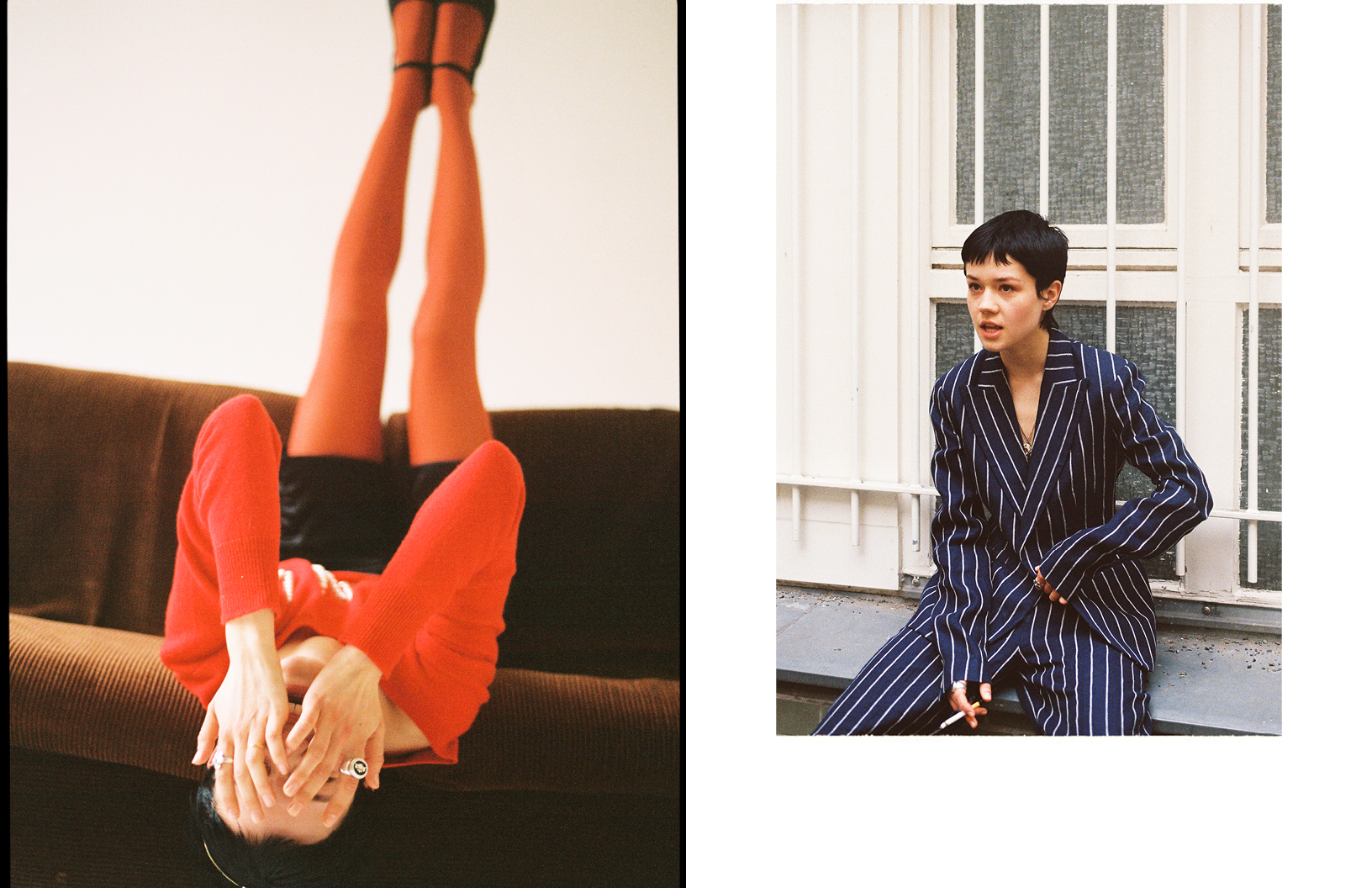 Wir Kinder vom Bahnhof Zoo is known around the world, and Christiane F. is an infamous, if not iconic, figure. Did it make you nervous stepping into a story that is already so widely known? How did you deal with those nerves?

It would have made me incredibly nervous had I not tunneled my way through it. Abstaining from comparing myself and putting my work on a scale was the only thing that kept my nerves in check. It was obvious that there would be a lot of criticism regarding the unravelling of an already well known story, but the idea of giving it new life was all in all too beautiful for me to give in to those fears.

How has the series been contemporised to reflect the Berlin of today?

I believe that the goal of the series’ aesthetics and execution wasn’t necessarily to contemporise it and make it resemble Berlin today. Rather, it was an attempt to create a form of timeless space in which the story could take place, reflecting the circumstances of the past without losing its connection to more present times.

The original film was about two hours long — how does the eight-part series expand on the story?

Given that the format is around three times longer, the opportunity of giving the group as a whole a bigger spotlight and going more into detail regarding the individual stories presented itself. The new format allows more time to simply exist without the necessary action to get the story rolling, just like in our everyday lives. We’re not always engaged in big, life-changing events. Sometimes it’s just laying on the couch, staring at a wall. 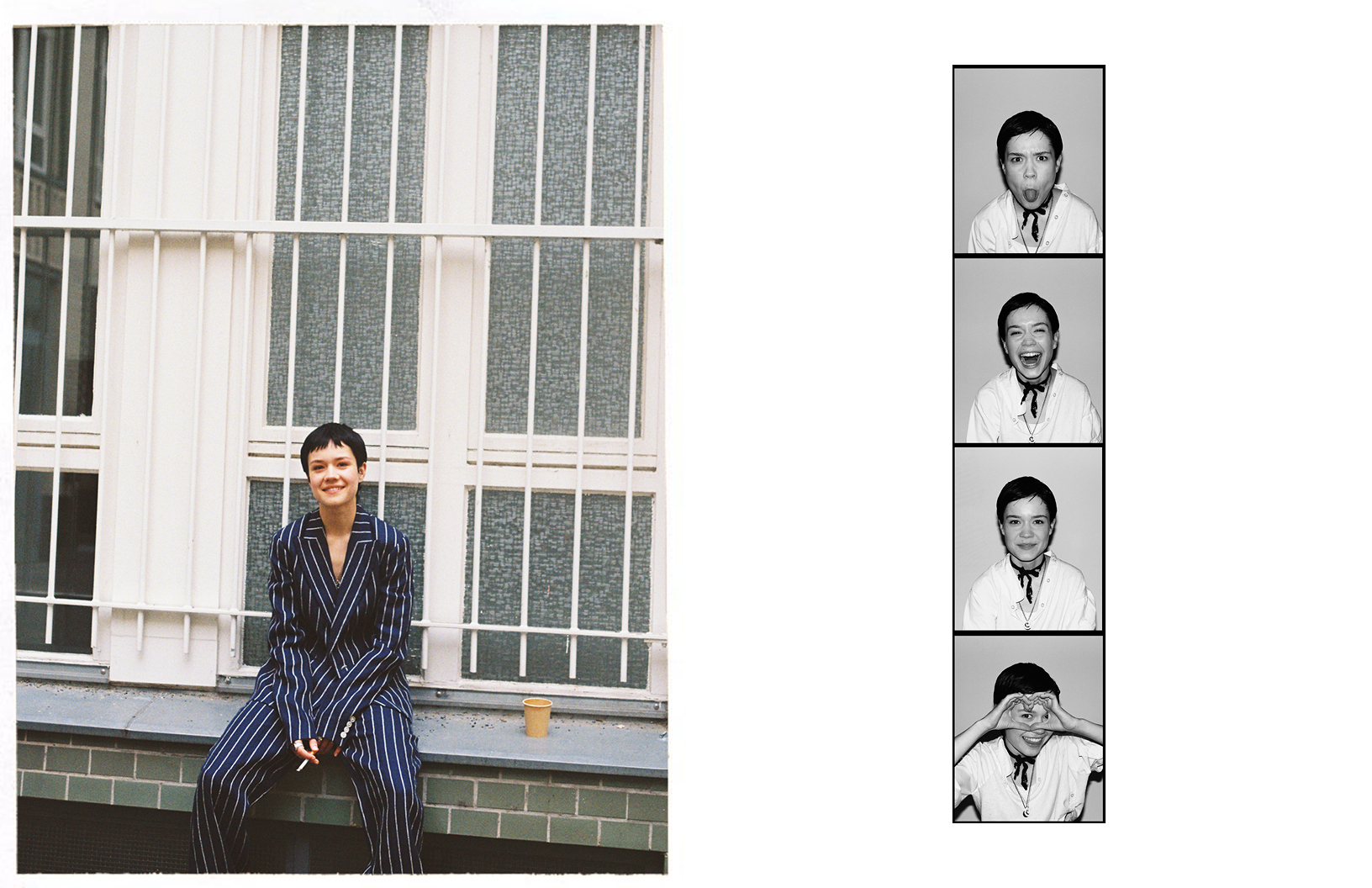 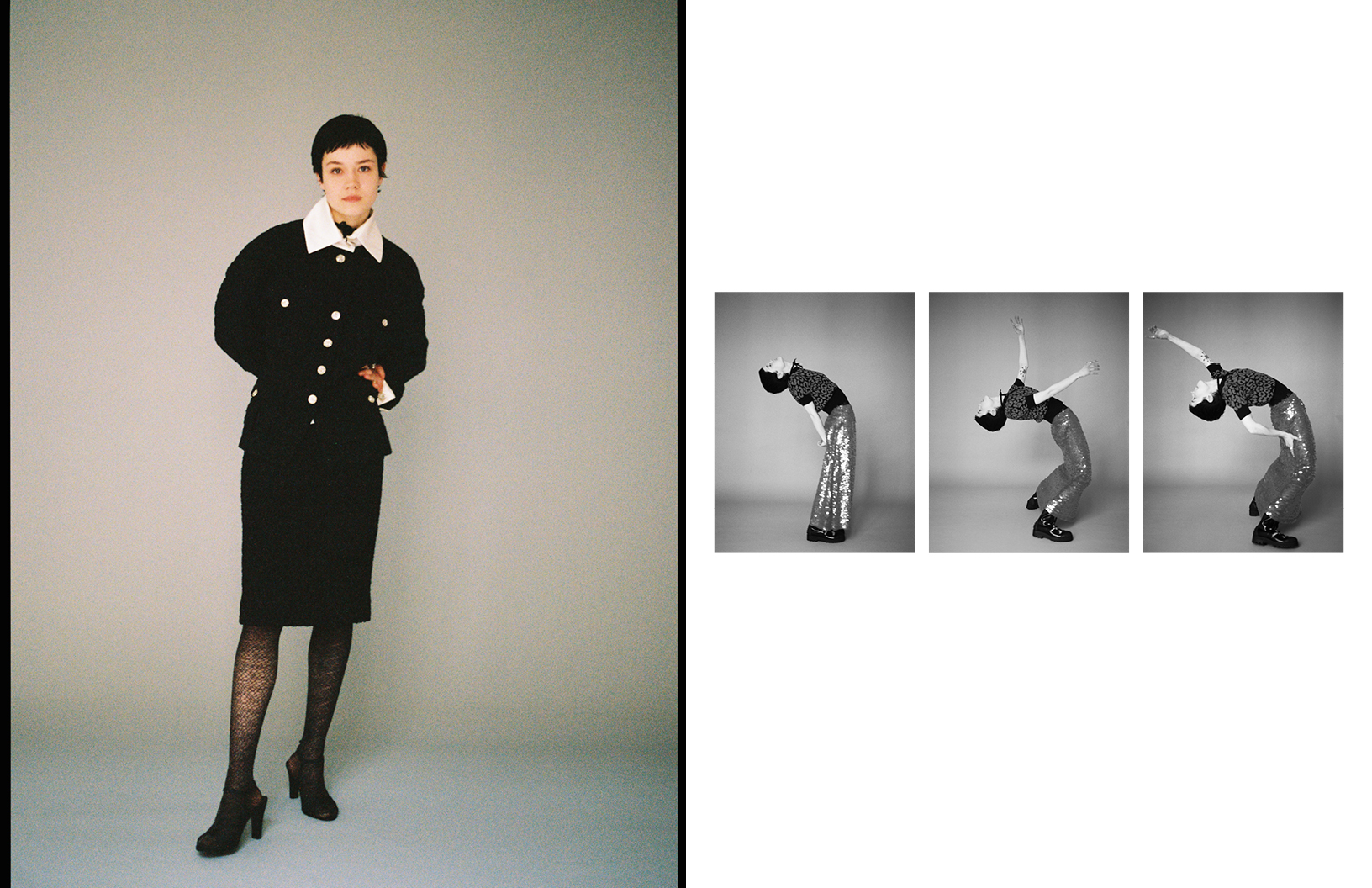 Much like the original film, the series looks like it has some pretty harrowing scenes. Were there some days on set that were particularly difficult or draining?

As opposed to what one might expect, sometimes the scenes most joyful to watch can be — excuse my French — a pain in the ass to shoot. One scene in particular where we break into a carousel at night, flying higher than ever and screaming to the top of our lungs, was instead a night of nausea and trembling. We rode the carousel for about six hours straight, if I remember it correctly.

Do you view this story as more cautionary or educational? What do you hope viewers take away from the series?

It believes itself to be rather cautionary. It all looks so beautiful and enjoyable in the beginning — so easy to love, so easy to live, so easy to get trapped in. The danger that lies in all of it is that ecstatic pleasure and the dreadful bottom go hand in hand. Everything can change from one second to the next, and without even realising, you find yourself in struggle and addiction when just a moment ago you were merely dancing with your friends, enjoying a night out and giving in to temptations that made you feel like you were on top of the world.

Did you experience any new sides to Berlin while filming?

Berlin has always been my “place to be”. I was very happy to be able to spend time here professionally and roam around with the other cast members. Deep bonds were formed in this time. 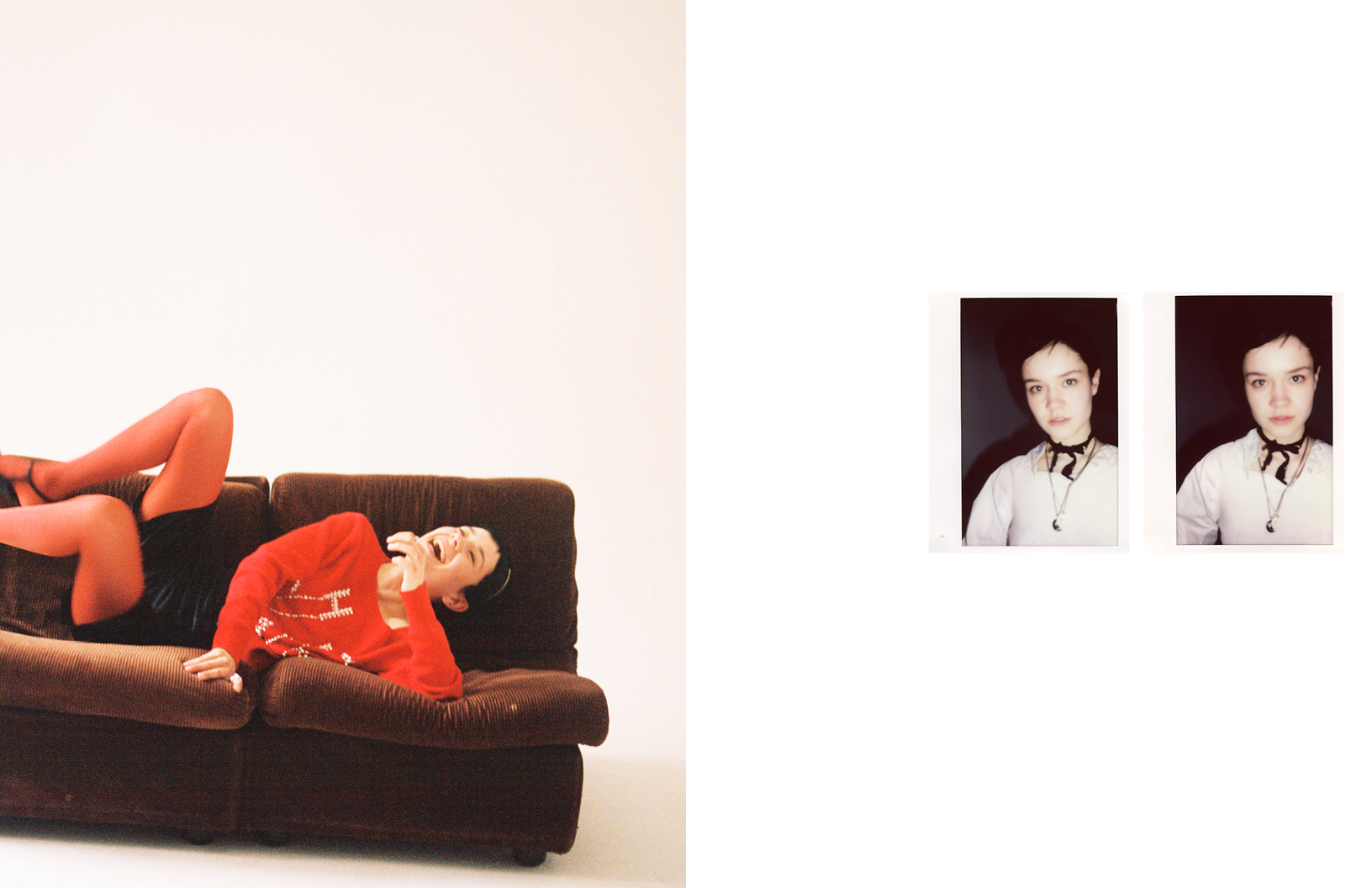 How have you been keeping busy in this endless lockdown?

I have been quite busy, I must admit! Since the launch of the series I have had the luck to be working rather a lot. I am very fond of my work, but I have to remind myself to take time for myself as well. Living in roles for most of my time can be very discombobulating with regards to your perception of self.

Acting runs in your family — do you feel it came quite naturally to you? Have you always wanted to be an actor?

The realisation that acting is one of my biggest passions came to me rather late, I must admit. It was while shooting the series that I understood how acting is basically a bundle of the majority of things that fascinate me in life. I’m very happy and thankful that I’ve been given the opportunity to pursue this love of mine.

What are you most excited for in post-lockdown Berlin?

I can’t wait to sit in a coffee shop for hours and hours and spend my time enjoying the sea of culinary adventures Berlin has to offer.

This is your most major role so far — can you share any other exciting upcoming projects?

I’m very pleased to say that things are coming. Exactly what I cannot disclose, but I seem to be lucky for now. 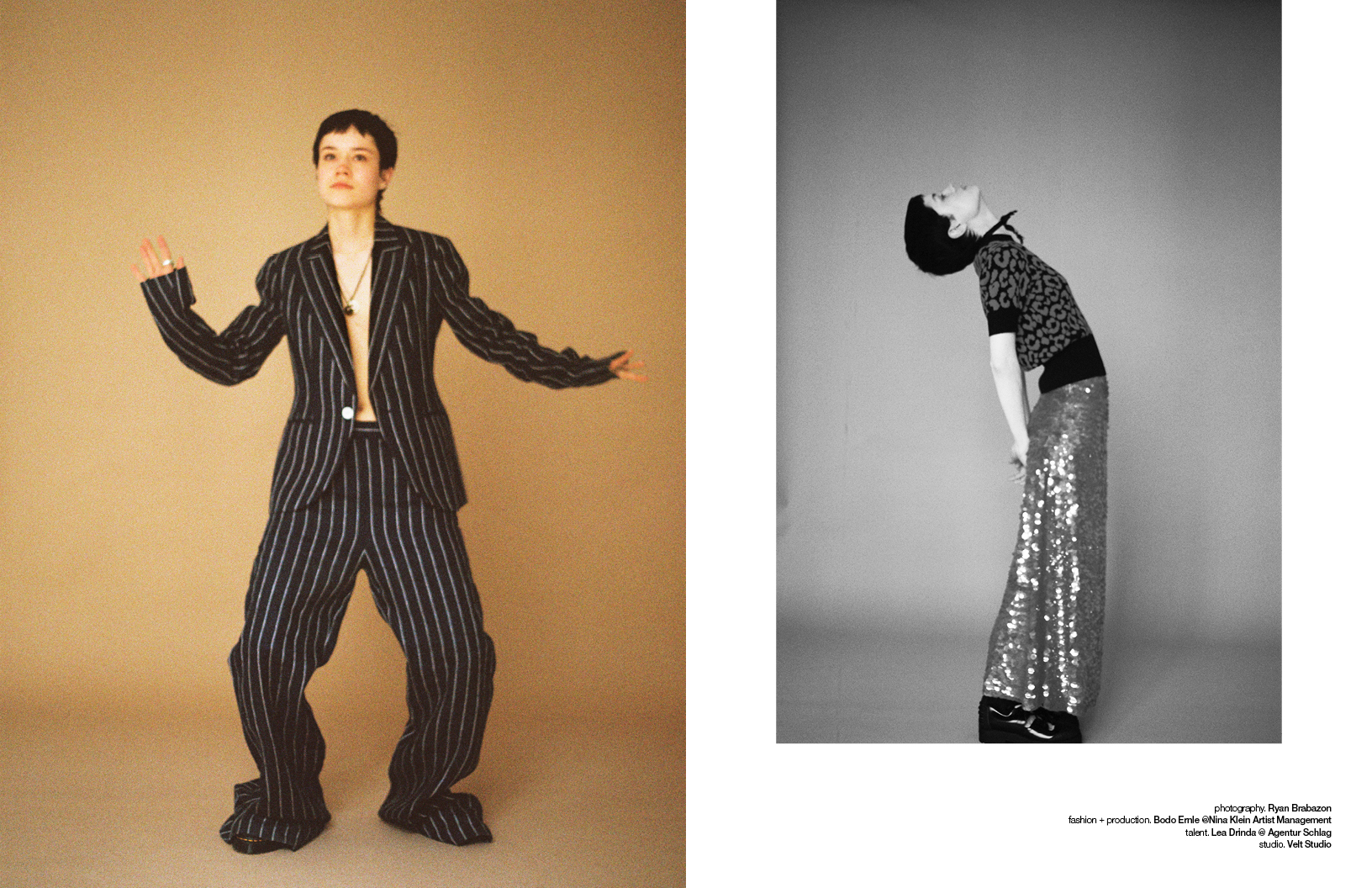