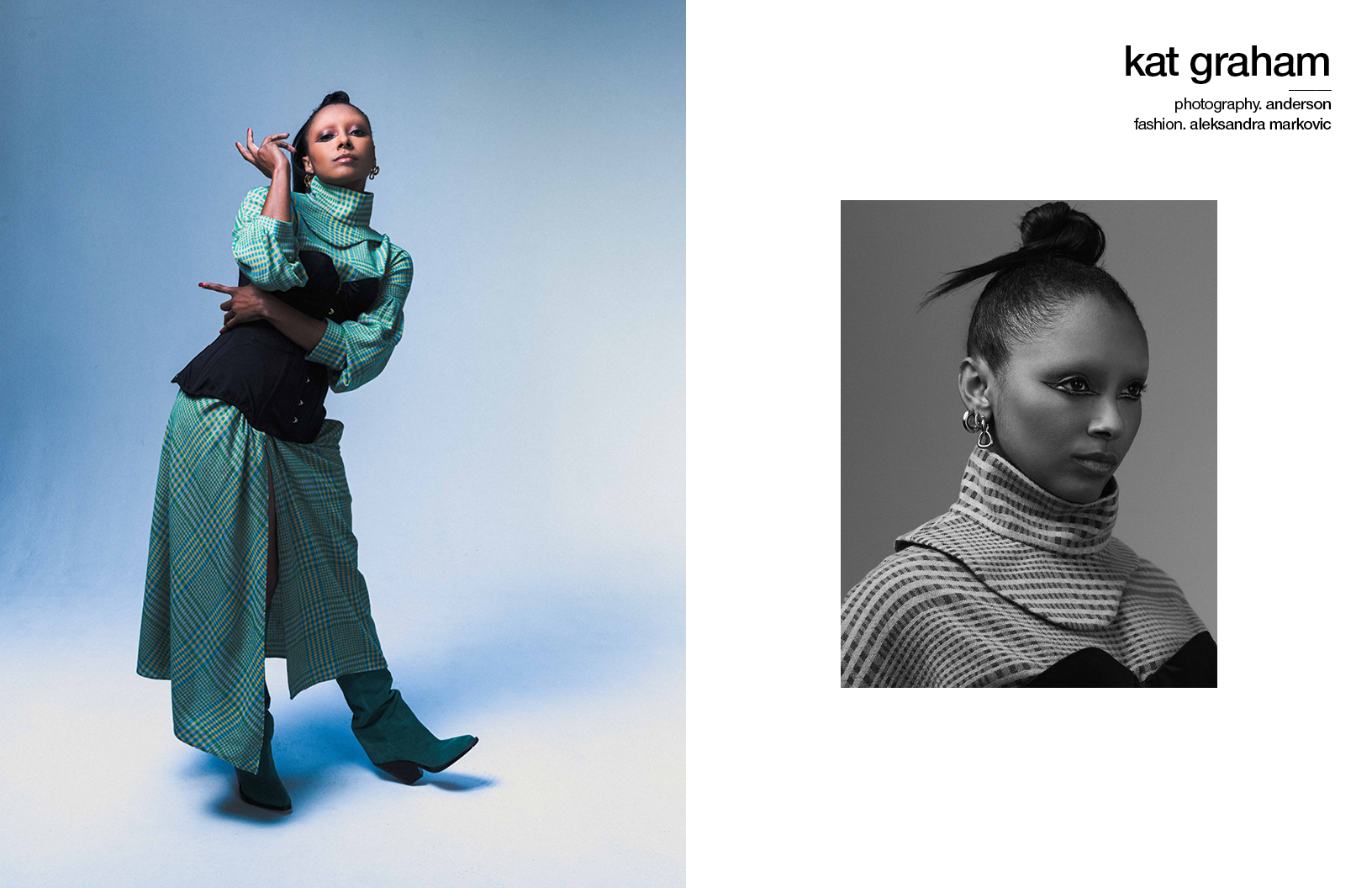 Performer Kat Graham is lifting the veil on what you thought you knew about her. The talented musician has made a name for herself as an actor in shows like The Vampire Diaries and has an impressive line up of TV film projects set to release next year. Graham’s creativity knows no bounds so her music is simply an extension of her on-screen work.

This year alone, Graham made history as the first artist to release an album exclusively as an NFT. The world of music sharing and cryptocurrency is still unchartered territory but Graham thrives when taking the path less travelled. It’s a theme we hear most notably in her EP TORO GATO: PART 1 which explores duality and identity. “What would you look like if you celebrated the things that make you insecure?” asks Graham in her interview with Schön! Ahead of the January 2022 release of the second part of her album, Graham opens up about how her music has become a vessel to explore her sense of self.

How do you think your sound has evolved with your latest EP TORO GATO: PART 1?

I’ve always loved Massive Attack and Portishead. I’ve always loved Björk and trip hop. I started making some of these records over 10 years ago but I let them sit and I followed this train of what I thought everyone else wanted. Sometimes your truth always exists but you have to be the one to accept it, that’s exactly how I feel about the sound. Yes, it has definitely evolved, but it has always existed within me.

Is there a significance behind the EP title?

Toro Gato means the dark and the light. The idea originally stemmed from my life and creative partner Darren Genet being a Taurus and my name being Kat. It was originally about two sides of a relationship and what it can bring out in you. It eventually evolved into that relationship [becoming] one with yourself, what the relationship with yourself actually is and how much of you is actually walking in your truth. 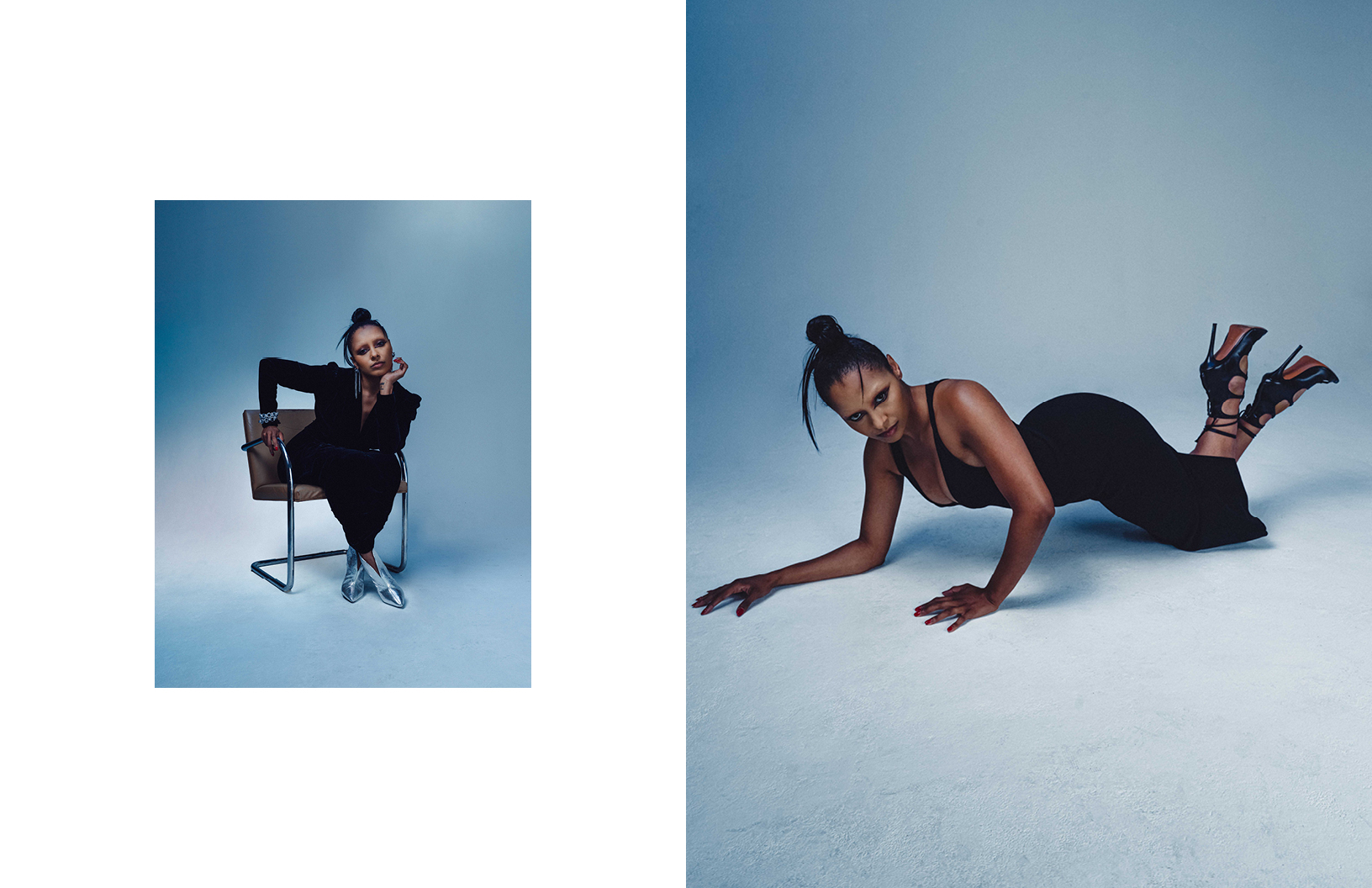 What other themes did you most want to explore?

I wanted to share the themes of duality and the shadow self. Sometimes, we confuse the identity that we present to the world as the same identity [that] we are when we are alone and that’s usually never the case. What would you look like if you celebrated the things that make you insecure?

Which song feels the most sentimental to you?

I would have to say Fall For You. Fall For You is the first time I actually talk about my father on record. It’s also about embracing the damage that was done, not hiding from it and realising that I’m a lot farther than somebody that comes from where I come from – and who has experienced what I’ve experienced – should be. And that, I can celebrate. 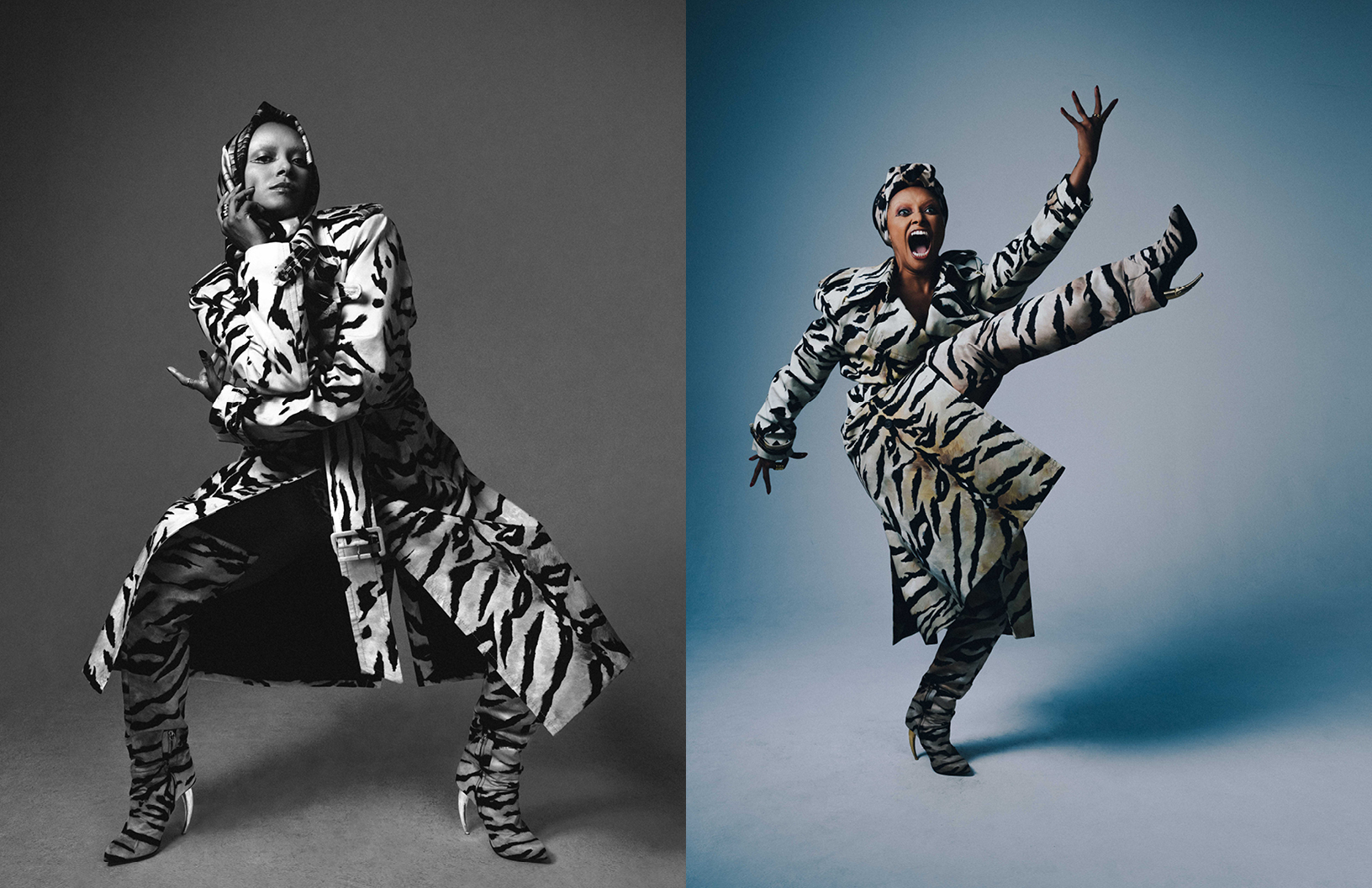 What do you think the project as a whole says about this point in your life?

I am evolving as an artist. I’m understanding the depths of my art and how important it is to be vulnerable, free and risk-taking as an artist. I’m also excepting that it’s OK to not look, feel or be perfect. It’s OK to be messy and raw. That’s not usually something that Hollywood embraces. I’m finding my own moment of truth in that rebellion.

What inspired you to release it on an NFT marketplace?

Darren and I had been working on a cryptocurrency film for the past year so he was really interested in the dark web and those stories. Keith Grossman of Time magazine invited me to listen to him on Clubhouse auctioning off NFT Time covers. After that moment, the wheels started turning and Keith and Darren shepherded me into this completely unknown, and what I felt was untouchable, space. Soon after we reached out to YellowHeart and the rest is history – literal history. I am the first music artist in history to release an album exclusively as an NFT, that is pretty mind blowing for me. Especially because this record has existed for five years and I hadn’t been able to figure out the road to walk with it. 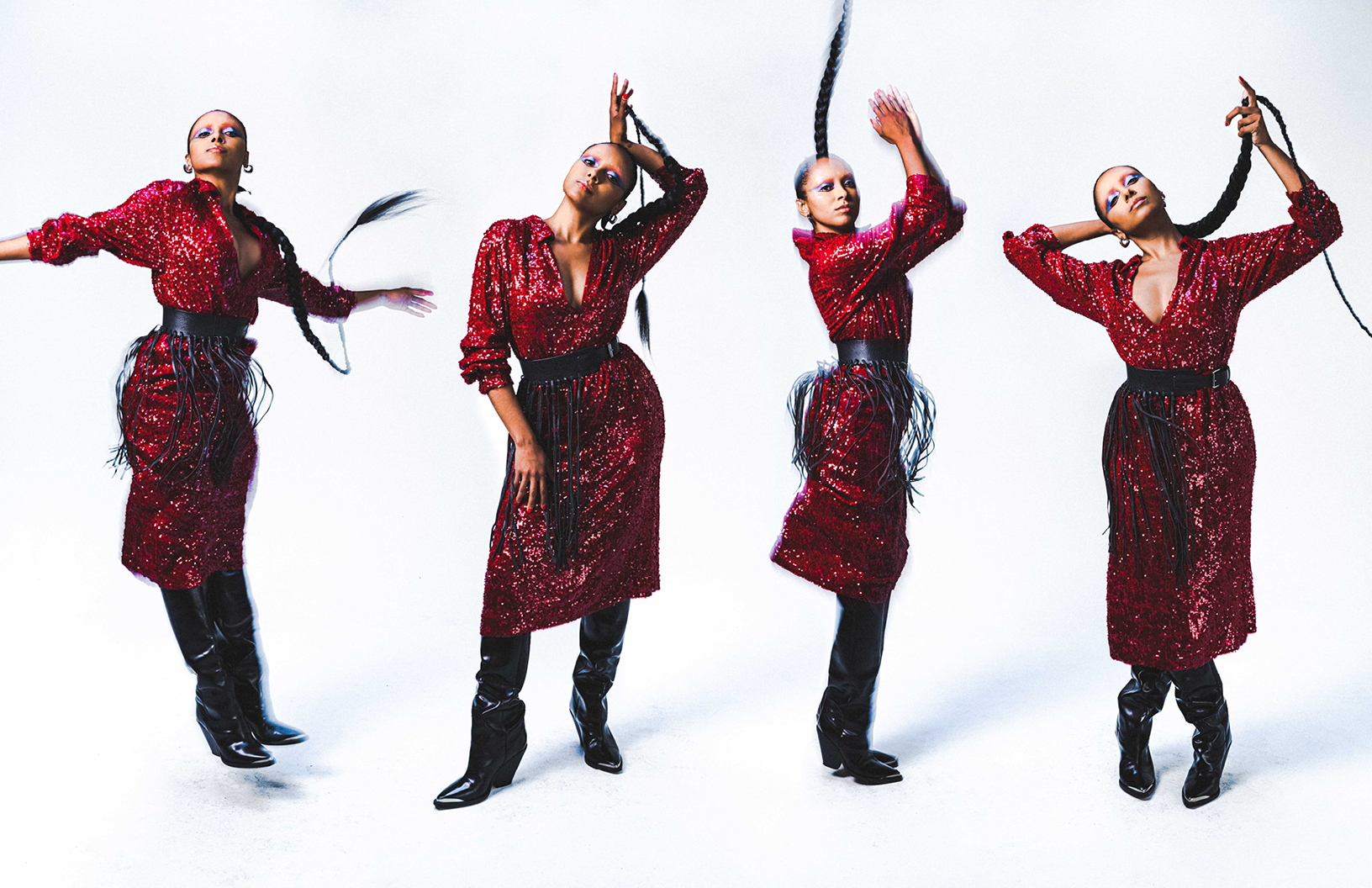 The visuals of this EP are also an important component. Why do you think film is an essential element of your music?

I’m known for a lot of work that I’ve done in film and television. While Toro Gato is the other side of my coin artistically, it also needs to be an extension and of everything that I’ve done and feel cohesive. I am by default a visual artist. Darren is a director and cinematographer. We wanted this project to feel like an epic film, not just an album, but a visual album.

Which of your strengths shines most when you work with your partner Darren Genet?

I always thought my strengths were in how perfect I could be, that if I did everything right and said the right things, or walked the right way, or wore the right clothes that I would be accepted, validated and loved by the world. My strengths that shine most when I work with Darren is that he wants me to show my honesty. Whether it’s down to my freckles, my hair, my joy, my anger, my tears. He thinks that my power lies in my truth and that my own self-acceptance will always be more valuable than anyone else’s.

Toro Gato part two is coming out January 21, 2022 on Yellowheart, this will complete the album. I have four films coming out in 2022: Ninja Turtles, a thriller called Heatwave, Netflix’s Love In The Villa and a documentary with Time Studios. 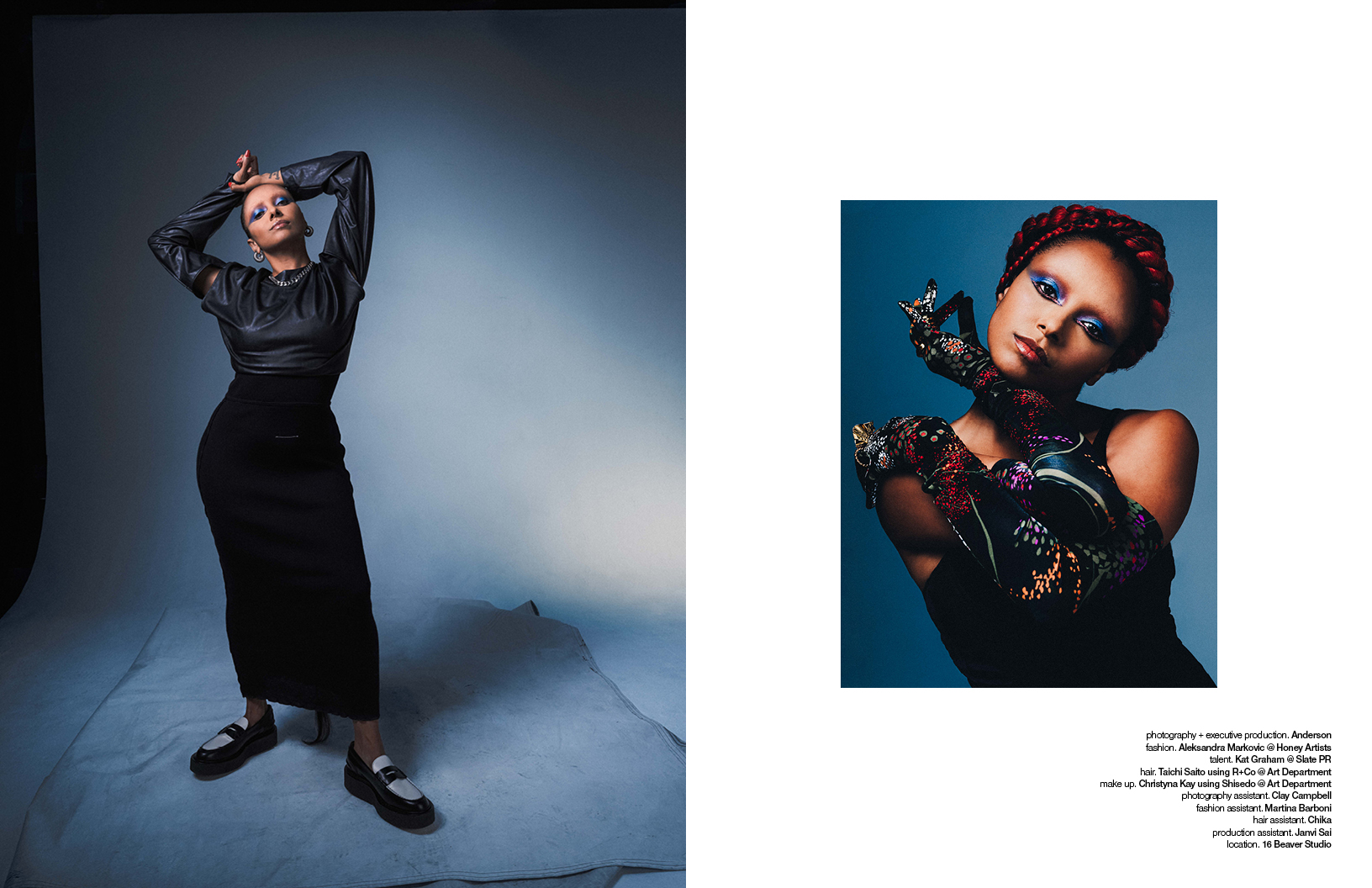