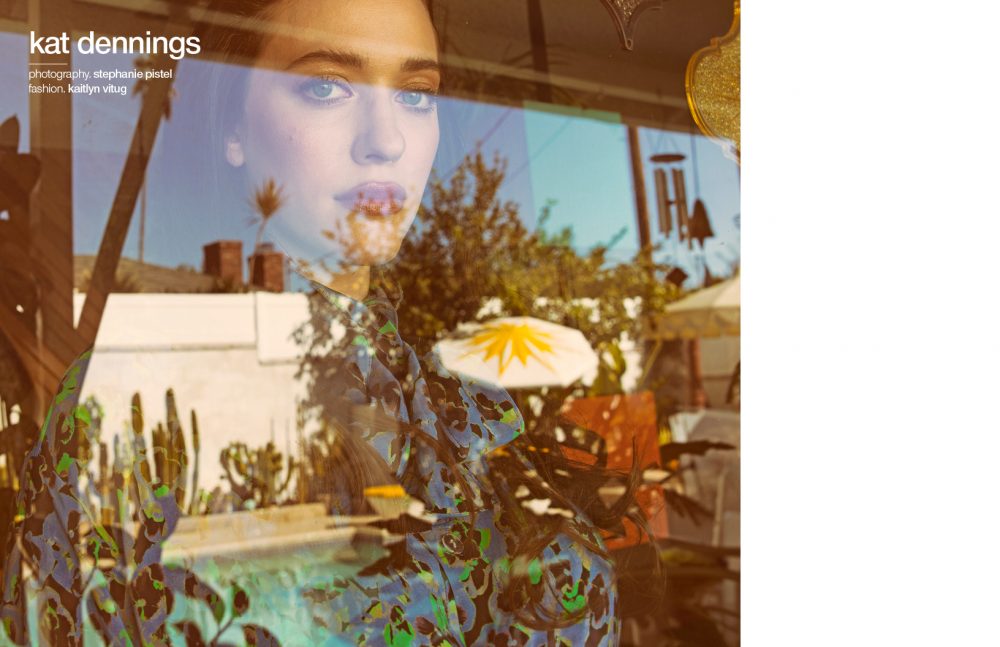 If you’ve been a pop-culture enthusiast for a while, you’ll surely recognise Kat Dennings. The 33-year-old actress first broke into Hollywood back in 2000 with a small role on HBO’s iconic series Sex and the City. Since then, you might have seen her on The 40-Year-Old Virgin, Thor, Big Mouth or, most likely, 2 Broke Girls — the CBS sitcom that officially catapulted her to stardom and wrapped in 2017 after a six-season run. But Dollface, Denning’s latest project is unlike anything she’s done before.

With friendship as its main conductor, the series, created by Jordan Weiss, just premiered on Hulu. It stars Dennings herself alongside Disney Channel alum Brenda Song and Pretty Little Liars‘ Shay Mitchell. Dancing the lines of stereotyping and purposely feeding off clichés, Dollface is a light, relatable comedy with feminist echoes. Centred around Jules Wiley, played by Dennings, the series kicks off with after a gnarly break-up. After being with her ex for five years, Jules’s world suddenly turns upside down and she’s forced to rekindle her past friendships. Goofy and hard-shelled at the same time, Jules’s journey combines day-to-day scenarios with a fantasy world. Beth Grant plays Cat Lady — a quasi-omnipresent guide and who may or may not be a figment of Jules’s imagination —  that pops up inadvertently when Jules is faced with a conundrum.

As the series makes its way to Hulu, we caught up with Dennings to discuss Jules’s journey, celebrating birthdays on set, knitting with her co-stars and re-joining the MCU on Disney’s new streaming platform, Disney+.

The whole Dollface series gets set in motion by a gnarly breakup experience, where Jules finds herself friendless and kind of lost. Have you experienced something similar in your life? Where did you pull from to portray her?

I haven’t had this kind of breakup experience, but I’ve certainly had times in my life when I was gone for a long period and felt like I had missed major things when I came back. It’s a similar feeling, so I had plenty to pull from.

How much did you relate to Jules as a character?

Jules is someone that I was more similar to in my early 20s when I was a little more naive and susceptible. I’ve tried very hard to move away from that in my life but was interested to see how it would be to portray someone in that mindset with the perspective I have now. 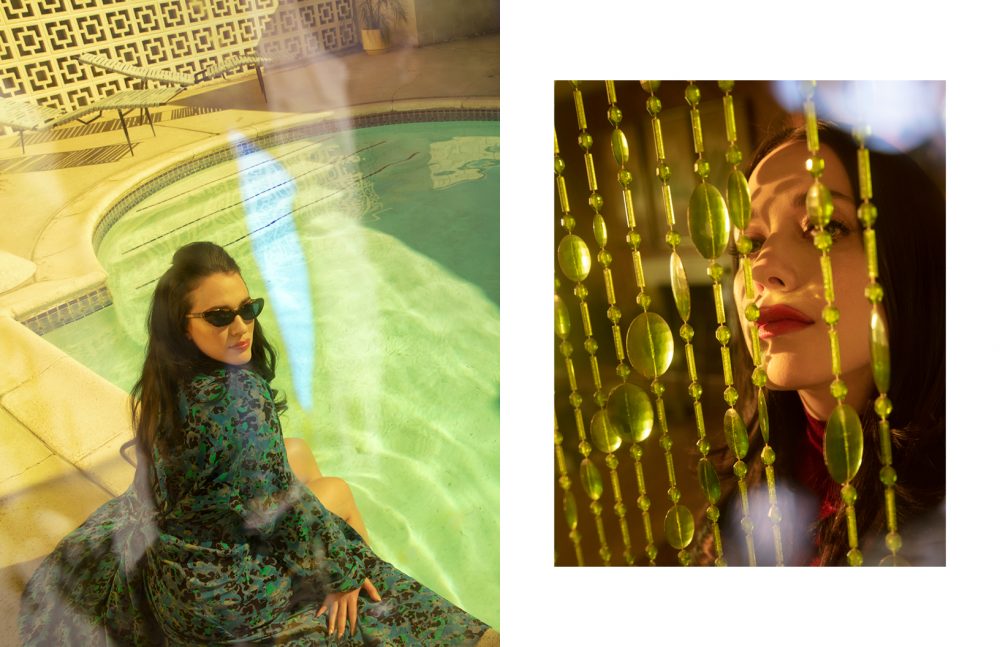 The series undoubtedly plays with the stereotyping of women in its narrative. How do you feel it flips them to make it work in your favour?

I think the show is very self-aware and the writers liked playing with those stereotypes, especially in the magical realism sequences. My character struggles the most with fitting in, so there was a lot of fun to be had in those moments.

Did you ever have any fears as to whether the audience would interpret it as feeding these stereotypes and clichés instead?

Sure, it depends how you look at it. I think in the end, this is a fun and feel-good show about friendship and navigating the hustle and bustle of life in your mid-20s. Clichés are a real part of that world.

You star alongside Shay Mitchell and Brenda Song. How was it filming with them?

It was wonderful! All the best moments came from our downtime together. Brenda and I love to knit, so we would be sitting around with our yarn while Shay and Esther — who plays Izzy — were chilling on their phones and then we all took turns Postmating snacks to set. It was great.

I know you guys celebrated Shay’s birthday while on set. Are there any memorable anecdotes from filming?

We got Shay doughnuts for her birthday, which I think was also one of her first days of shooting. I ate three immediately and felt amazing. And then gross. One anecdote I love was when we shot an episode in the natural history museum. It was my birthday and Brenda and the hair and makeup team decorated the makeup trailer before I got to work. It was the best birthday ever and I felt very loved. I also got to spend some quality time with the dinosaur skeletons. 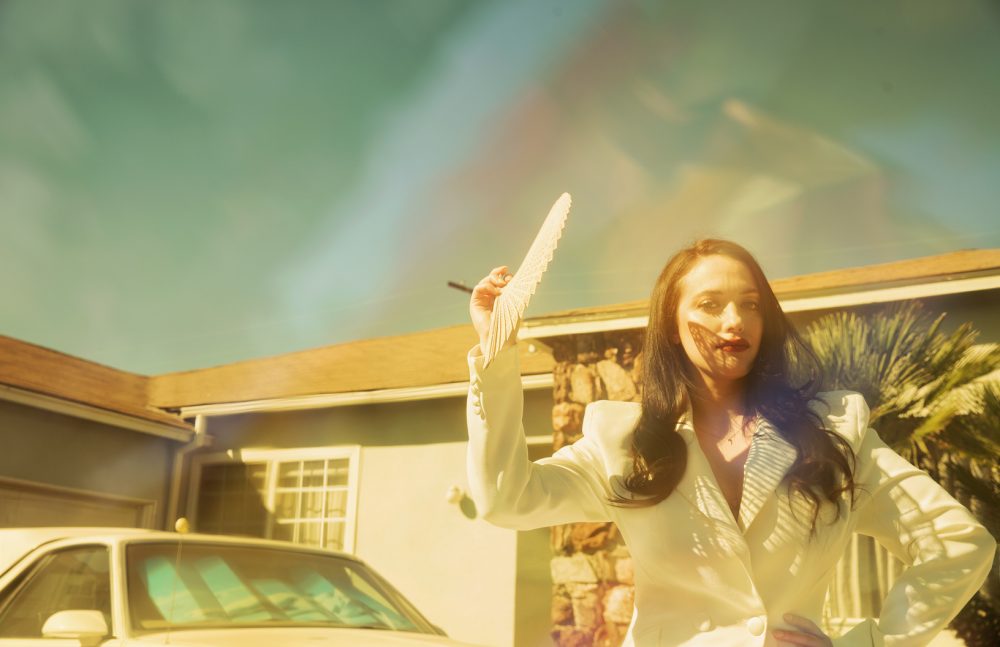 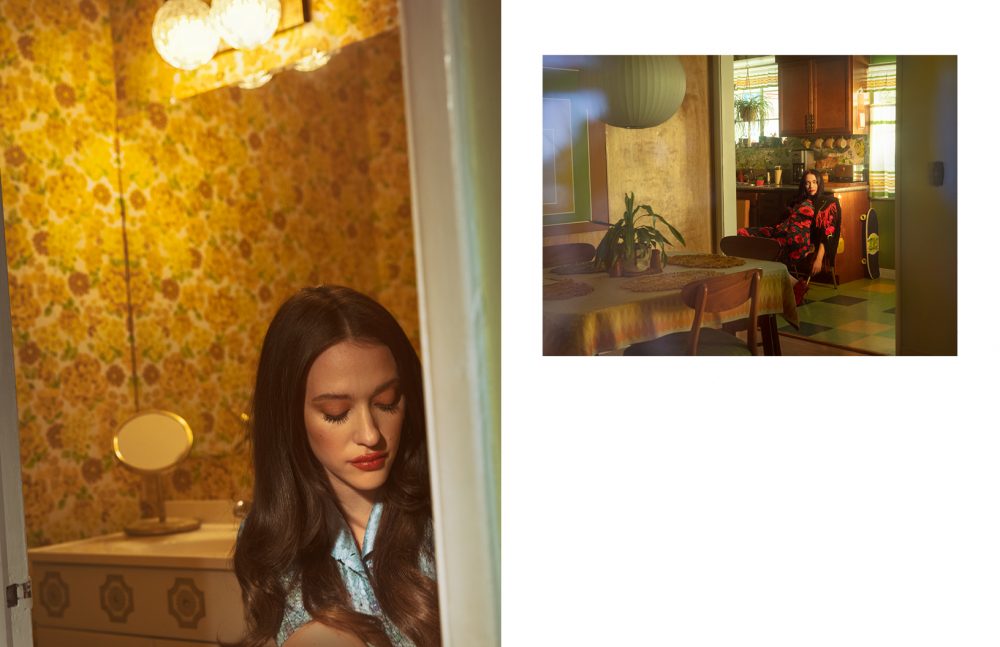 What message do you hope audiences will get from Jules, Madison and Stella’s friendship?

I like to think the audience will recognize themselves or someone from their friend group in our onscreen gang. We’re all so different. It’ll hopefully be fun for them.

You’ve done a bunch of comedic projects in your career and Dollface joins the rank. But comedy is getting more subversive and slyly adding in a healthy dose of social commentary. What do you feel comedy offers nowadays that other genres can’t?

I feel like in drama, a little drop of comedy really drives home those real and deep moments, and I feel the same in comedy. You can allow real and deep moments and it helps contrast the light funny moments even more. We do that here, and the temptation for social commentary is huge, but you do have to be careful and not date the episodes too much by adding those tempting “of the moment” jokes. I definitely feel like you can get away with the wink-wink stuff more in comedy.

Apart from starring in the show, you’re also a producer alongside the likes of Margot Robbie. How was that experience? What did you see in the series that made you want to take on such a role?

I was ready for a more involved role in the next job I took on, before I even read this script. Being an actor is wonderful, but after a while it feels like you have something more to offer and you want to have more input. Margot and her company was very involved and collaborative, and I felt very heard. I love producing and I’d do it again in a heartbeat. 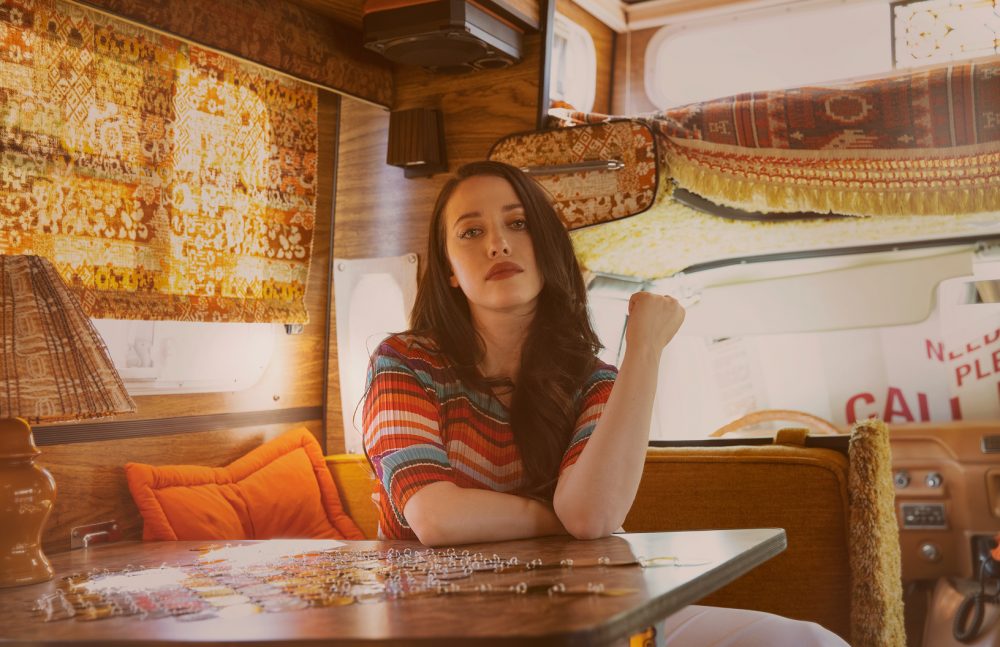 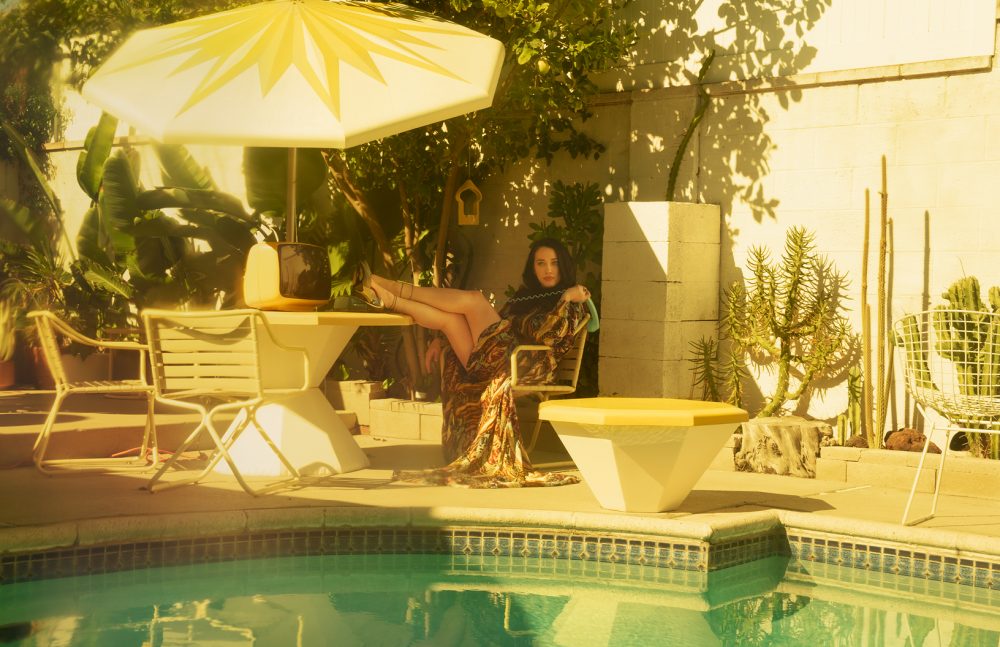 Apart from Dollface, we’ll next see you as Darcy Lewis in the Disney+ series WandaVision. How has it been reprising the role of Darcy Lewis? What can we expect from her?

It’s been a trip in the best way. So many years have passed since we last saw Darcy and I’m excited for audiences to see what she’s been up to.

Are you excited to be part of this humongous new streaming platform?

So excited! I’m a massive Disney fan. I want to rewatch all the animated films. I’m so proud to be involved in any way.

The MCU is massive nowadays and will only get bigger. Did you feel any pressure when you first joined?

I felt so thrilled and excited just to be a tiny part of it. I had no expectations at all. Every day I got to work with that group felt like a gift. They’re all so passionate.

Last but not least — whether it be professionally or personally — what are you most looking forward to for the rest of 2019 and going into 2020?

Spending more time with family. What else is there? 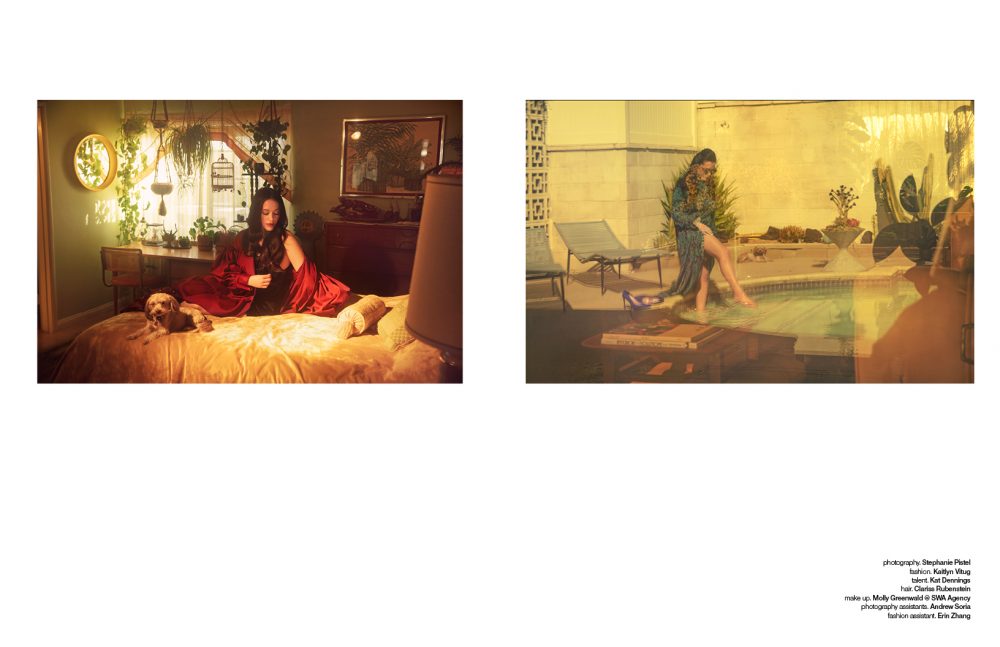 All ten episodes of “Dollface” are now streaming on Hulu.