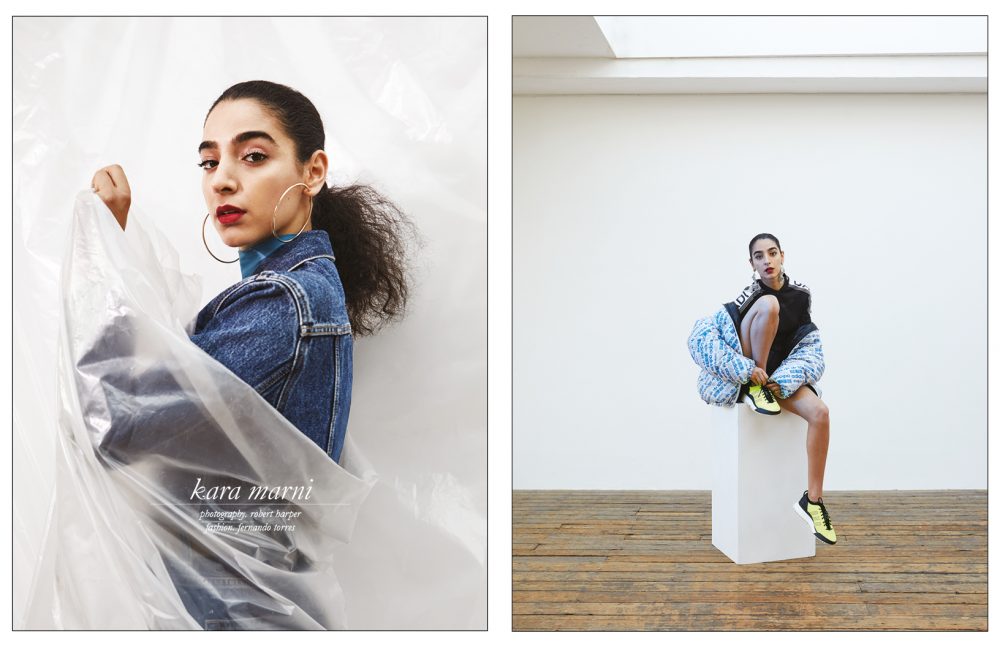 Self-described as “Emeli Sandé and Sam Smith with a touch of Ariana Grande”, Kara Marni’s sound is refreshingly smooth and energetic. Hailing from the British capital, the 20-year-old singer-songwriter is unapologetically herself. Mixing elements of R&B and adding musical inflexions of old-school soul with a sprinkle of pop. The result? A unique sound that reflects the past, present and future.

Putting musical artists in a genre box is a thing of the past and Kara knows its well. Her blending of pop, R&B and alternative is worthy of chart-topping tracks, á la Lorde or The Weekend. It’s only natural to wonder where these inflexions come from in Marni’s life. “[My dad] has given me a mature ear and an appreciation of great talent from really early on,” she confesses. Kara’s dad passed down his love for music and extensive record collection since she pretty much came out of the womb, admitting that growing up with his influence and such exposure to great music “was so special”. 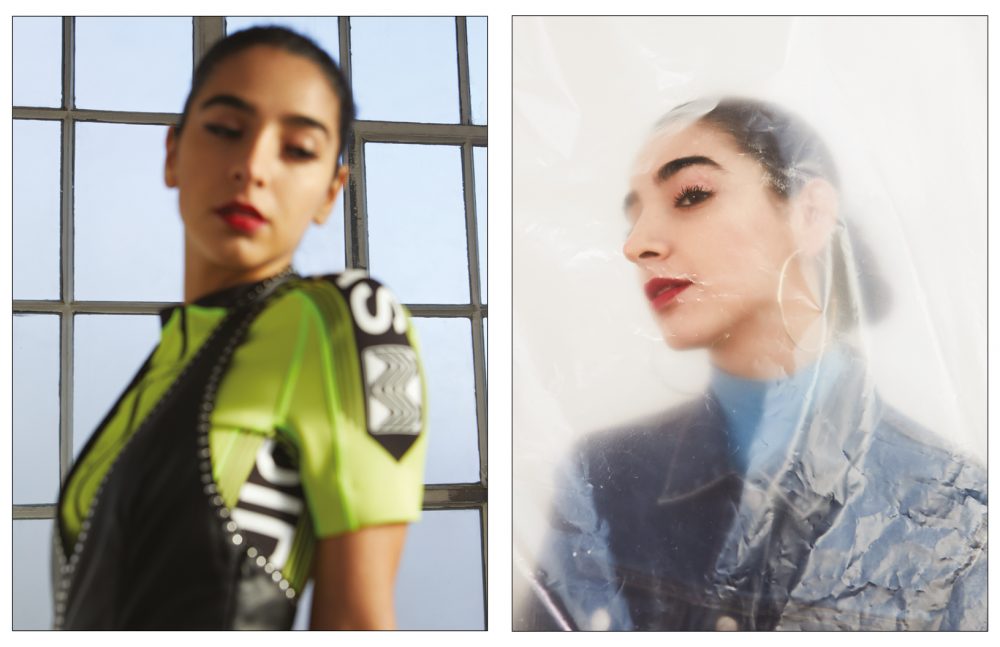 But her dad isn’t the only reason that prompted her to belt out tunes since day one. “Every day on the way to school, [my] mum would play music and one day she put in the ‘Perfect Angel’ album. When I heard ‘Lovin’ You’, that was it for me… that’s where my obsession began”. Marni is talking about her long-time infatuation with iconic 70s singer Minnie Riperton. If you doubt her commitment to the late icon, pretty much all of her current endeavours are thanks to her influence. Marni first introduced herself to the world with covers of icons the likes of Angie Stone, Sade, Lauryn Hill, and, of course, Riperton. When asked what prompted this decision, she simply concedes “they’re marvellously talented, exceptional singers and soul icons who’ve inspired me since I was a little girl.”

So upon swooning over the cover of soulful CDs for years and feeling like she “didn’t really fit in in school”, Marni enrolled in Brit School. However, when she realized she “could develop my music myself, I left”. Fast forward a bit to today and having worked with Grammy-nominated multiplatinum producers such as The Invisible Men, Sebastian Kole and Shea Taylor — whom you may recognize from Rita Ora, Britney Spears, Iggy Azalea, Alessia Cara, and even Beyoncé’s albums—, she can boast of making the right decision. But success hasn’t gone to her head, something to admire from someone of such tender age. “[It’s] both humbling and exciting at the same time to be learning from the veterans,” she says. 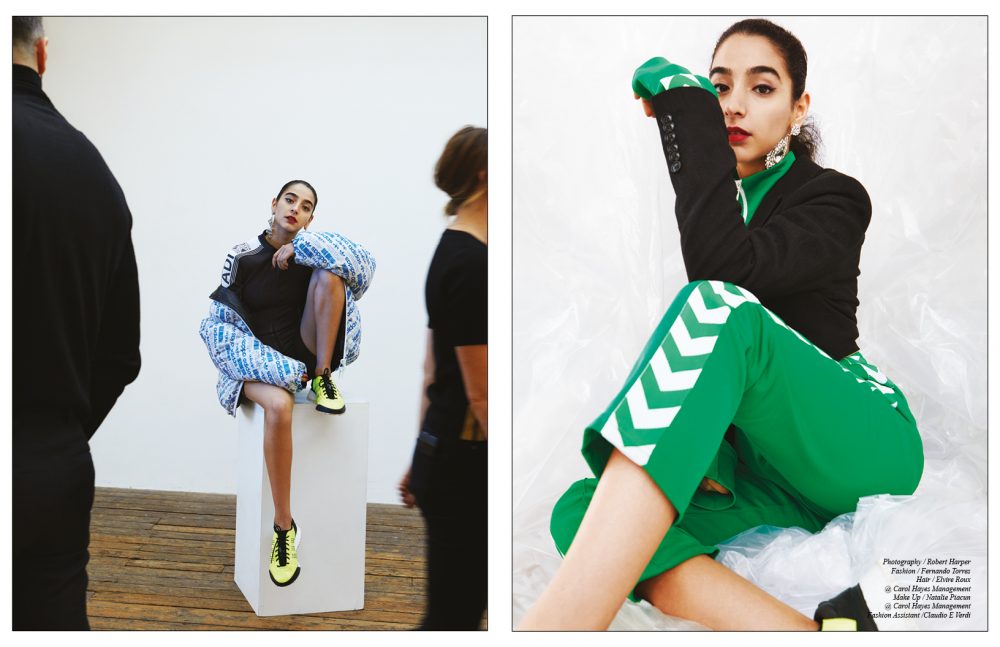 But the cover days as a way of introducing herself to her listeners are over, having just released her debut single ‘Golden’. “[My originals songs are] definitely more personal as you’re sharing your own stories and thoughts, which definitely shows a vulnerability,” she says. If you’re not already familiar with it, expect Kara’s sound to be eclectic — to put it mildly: contemporary yet infused with soul and R&B, all whilst nodding the ‘70s. “[My sound] touches on the 60s, 70s, 80s and 90s because so many of my inspirations cross those eras and then I add my sprinkle of the here and now,” she further explains. Her first track has already proven to be a hypnotizing pop record, blending 80s-esque synths with modern electronics and a lyricist maturity that goes way beyond her years.

To accompany the soulfully poised track, Kara recently released a noteworthy video filmed on a Super 8 camera. “Given the retro, throwback feel of the song I felt like it would be fitting to film it in that way too,” she explains. “It was a slightly more unorthodox approach but that excited me even more. What’s interesting to me is that you can’t see as you’re filming on Super 8, so you don’t have that ability to critique every move. I am really happy with how my little experiment turned out.”

And she should be. The warm coloured visuals accurately depict the uncomplicated ‘honeymoon’ — the main inspiration behind the track. It’s precisely such warmth that Kara accredits to her Greek roots and upbringing. “The warmth, energy and passion of our culture definitely tap into me and my creativity,” she admits. “We wear our hearts on our sleeve and that’s helped my writing.” So far, both the single and the video have gotten an overwhelmingly positive reaction, so the stakes are high for the next single. “’Golden’ is doing so well,” Kara admits. “My next song is a continuation of ‘Golden’ about the stages of love that you go through in relationships.”

And despite her passionate Greek stance, honing down the perfect lyrics for such storytelling is a challenge, writing being a really important facet of Kara’s artistic persona. “[My writing is influenced] by living,” she nonchalantly admits. “Sometimes just the simplest event can inspire me to write. For me, it’s important to write as it makes me feel a deeper connection to my songs.”

Those connections were definitely on the up for these past months. Kara has been a busy bee spending the summer doing touring sessions around the UK and, finally, putting on her very first headlining concert this month.“Performing live is a crazy experience,” she says. “[It’s] indescribable in the sense of the electricity and chemistry you feel with people that have come to listen to what you have to say and sing.” And we will be hearing a lot from this London native, with her debut EP already in the works and expected to drop anytime soon. “[Working on this EP] has been an amazing journey,” she admits. “Sometimes quite intense and emotional, as there is this outpouring of feeling but I’m grateful I‘m able to express that through song. With this EP, you can expect to experience how young love unfolds and the journey it took me on.”

Certainly, the release of ‘Golden’ merely marks the starting line of this lifelong journey for Kara. But, where does she see herself headed? “[In the near future] performing live as much as I can and releasing my EP,” she says. “Long-term, writing and creating, touring and collaborating. I love watching my own growth through that. 2018 is going to be exciting. Loads more live shows, videos, collaborations and a few surprises…”