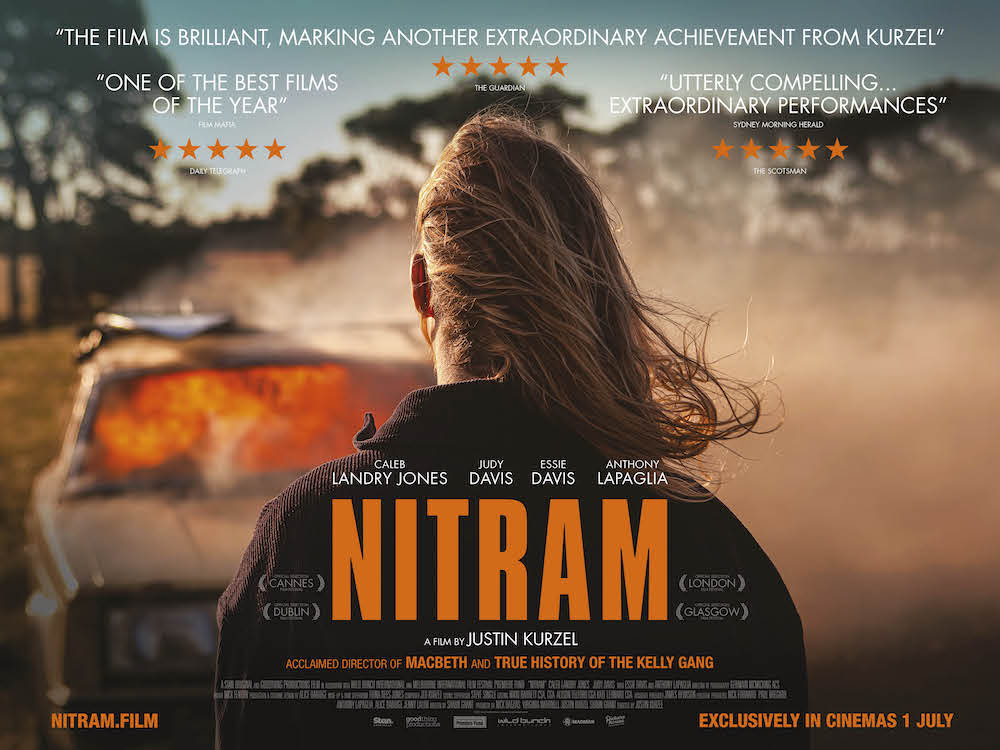 We first sat down with director Justin Kurzel a decade ago, after his debut feature Snowtown started making waves. Since then, he’s directed the likes of Michael Fassbender and Marion Cotillard in big budget epics such as Macbeth and Assassin’s Creed, but with his latest release NITRAM, Kurzel returns to his roots with a small scale, but immensely powerful, Australian film.

Nitram lives in the suburbs of Australia with his parents, who are supportive but struggling to cope with his erratic behaviour. He is friendless and frustrated until he bonds with fellow misfit Helen, a middle aged, reclusive heiress, but when their friendship is suddenly and tragically cut short, Nitram begins a downward spiral with disastrous results.

The story is based on the real-life events that lead to the horrific Port Arthur massacre in Tasmania, the worst mass shooting in Australia’s history, which had a dramatic impact on the country’s gun laws. Kurzel talks to Schön! about how he came to make the multi-award-winning, but highly controversial, film. 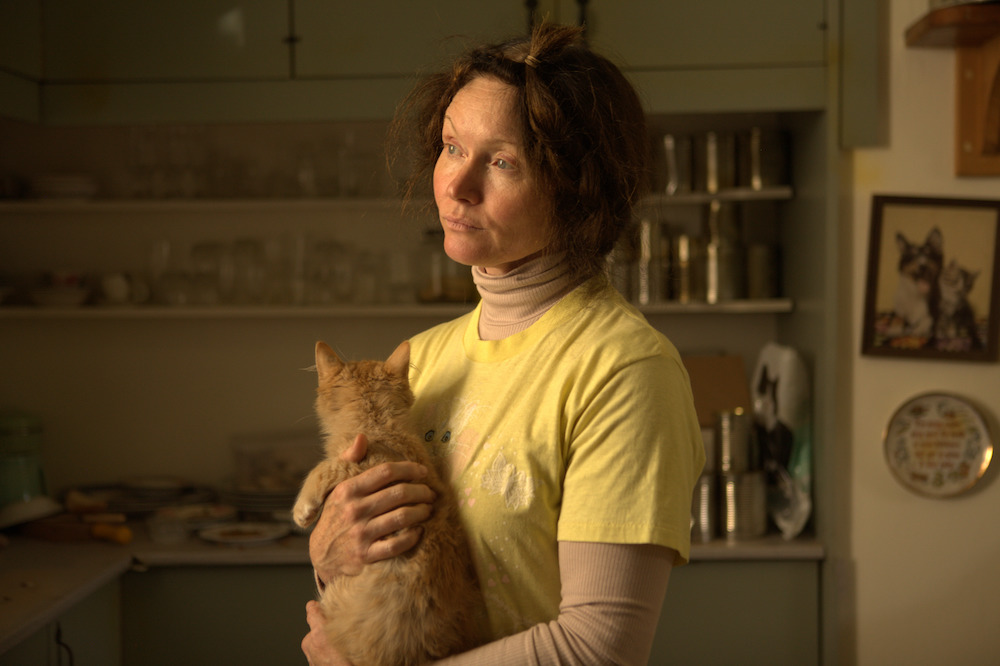 NITRAM portrays events that happened over 25 years ago. Why did you feel that it was important to tell this story now?

Because of Shaun Grant, the writer. I’d made two other films with him. It was 2020 and COVID had just started, and he sent me this script out of the blue, so it was a real surprise, a real shock. I opened it up and I knew pretty soon what it was. I live in Tasmania, so I was deeply aware of the sensitivity about making a film about these events, but I found it so compelling. There was something so recognisable and familiar about these people and this street they lived on and this family drama. It really sucked me in, and I think it was probably the scene where Nitram walks into that gun store with those horrific weapons all around and starts buying them like golf clubs. I knew that it was an important script, trying to say something really important, and I trusted it.

In Australia, there was, perhaps understandably, a lot of resistance to the retelling of this story. Did that pose challenges to the filming?

Yes, definitely. When it was announced we were making the film, the noise was extremely loud. We had the Prime Minister of Australia talking about it in Question Time, so we were very aware of the conversation and discussion here, which was really heated. It made us question more why we were doing it and made us tread very gently. We understood that it was going to cause pain for some people but that there was something in this that we felt was important to explore and have a conversation about.

The film has gone on to win a lot of awards, including in Australia. Do you think that some of the people who were against it being made have changed their minds?

The first film that I did [Snowtown] is quite violent and quite explicit in terms of that violence, so I think that there was a perception that Shaun and I were going to recreate the massacre. This film is very different to that. I think people were surprised by the way the film was handled and the restraint. There are obviously those that still feel that you can’t make a film about this subject and about this person, and that’s just something that we always knew would be there. Since the film has played and, especially down here in Tasmania, there were really interesting conversations, especially amongst young people, about this history in their backyards and why, and what that dark day has meant and how these gun reform laws were changed and how we want to move forward in Australia in terms of gun reform.

Was the decision not to portray the massacre already in the script that Shaun Grant sent you?

I guess one of the main concerns was how do you tell this story from the viewpoint of the perpetrator without justifying his actions? How much empathy is allowed for someone who did something like that?

That was the thing we kept questioning every day. Empathy is about recognising… or feeling as though you are seeing something that you’ve seen before, and I think there was that quality in the script that I certainly responded to. I felt that this world was really familiar. This was just a suburban street in a pretty middle-class area of Australia, a pretty ordinary family. There wasn’t anything too strange about it regarding that family structure. There was something powerful about that, that this person came from a place that was recognisable, so you start to ask questions about what went wrong here. If we are passing this person every day, or this person was going to our schools, what did we miss?

That became a very important part of the discussion, not just about gun reform. It was about, how do we look after each other and how do we look at each other? And that was something that came to the fore as we were filming and even having discussions with Judy Davis about how to play the mother. Judy was really determined to ground her and create a character that allowed you to question a mother’s role, and what do you do when you have a child like this and what sort of help is around. How do you manage, just day to day? 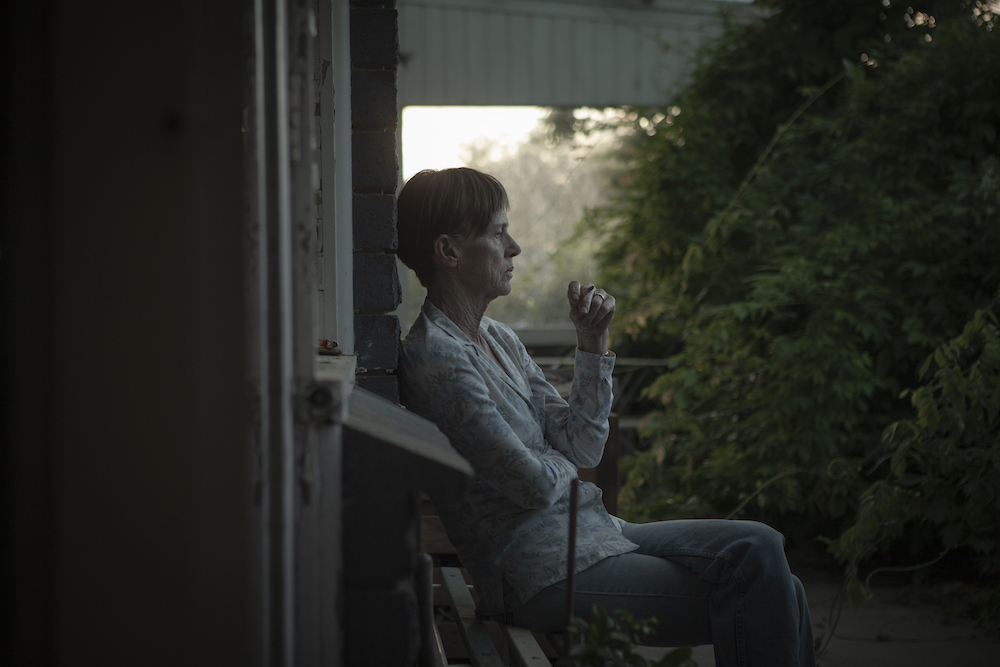 Some of the reviewers described the family as dysfunctional, but you used the word ‘ordinary’. That’s very much how I read it. So many people could find themselves in that situation and how on earth do you handle it?

It’s interesting because all our conversations on set were about parenting [laughs]. I think we all have our challenges as parents. That was the empathy that I was feeling, especially towards his mother and father. Where do you start? How do you build your tolerance? How do you build your patience? How do you keep caring, keep loving someone who is really difficult to love? Those were the discussions that we were having more than gun reform. It was actually about parenting and family, kind of everyday things.

Obviously, gun reform is a key topic in the film, but there was also a failure by the system or society in terms of mental health issues and help for those. Do you feel that that’s something that has moved on in the last 26 years?

Well, you know this was 1996 in Tasmania. I’m thinking back in 1996, mental health was discussed in hushed tones and if you did have it, you’d want to keep it quiet, especially in Australia. Now you have all of us talking about it every day and any misdemeanour, there’s a kind of, you know, “I’m suffering from mental health…” so there’s much more openness and an expectation to be able to talk about it, whereas my memory in the 1990s in Australia was that it was almost a sign of weakness to go see a counsellor or psychologist or be on meds and I feel as though those murky waters of mental health were what that family was travelling through in those times.

The other key characters are played brilliantly by Judy Davis, Anthony LaPaglia and Essie Davis, all established Australian actors, but how did you go about casting Caleb Landry Jones as Nitram?

He was one of the first people that Shaun and I thought about and a bit of that was just the physicality of him. I was really intrigued by Caleb’s look and the way he presented on screen, but there was also just incredible admiration for him as an actor. Then we met with him in Los Angeles. We sent him the script and were just keen to get a read off him and his instincts on it were just spot on and his insights into depression and isolation. He connected in a very strong way and talked about it with enormous clarity, and we just knew. The big question was whether he could do the Australian accent because it’s just a crazy accent to do, especially for Americans. He had an amazing voice coach but there was something about him being Texan which helps. There’s a sort of drawl to that dialect that is very similar to the way most Australians speak. It was very instinctive. 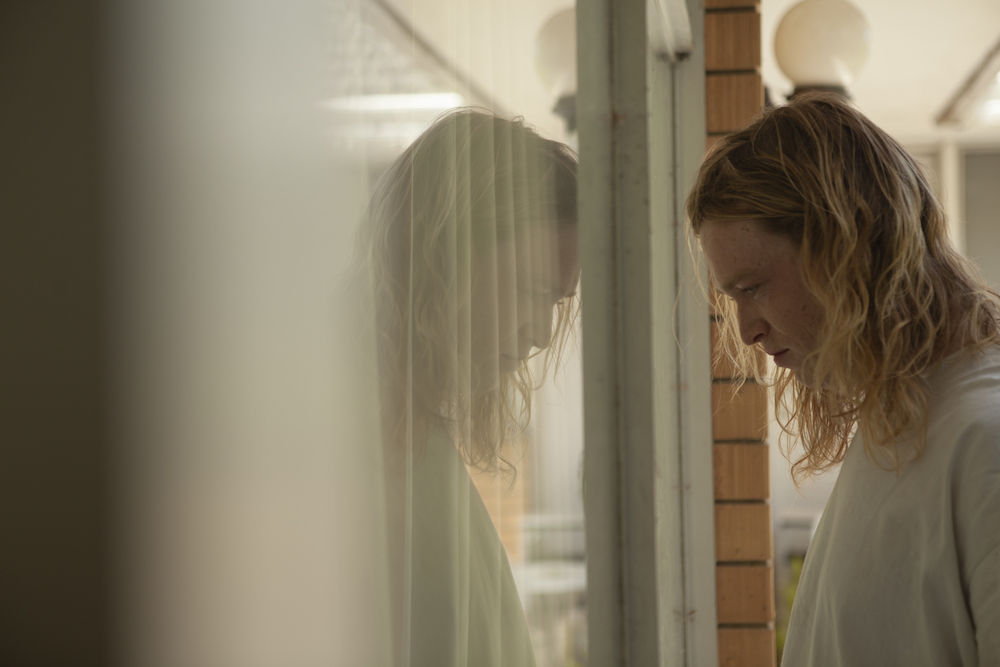 He’s a method actor. Is that correct?

I don’t quite know what a method actor is, but I would say he’s immersive in that he is always two degrees away from the character. He has very easy access to that character. He would definitely have moments where he would relax but he’s the closest I’ve seen to an actor fully immersing himself into something else. He’s the real thing.

Even though it deals with incredibly violent events, the film itself is not graphic, but many of your films deal with young men turning to violence. Even with Macbeth, a lot of violence occurs. Why do you think you keep returning to that theme?

I don’t know. I grew up very close to where I made my first film Snowtown, which was surrounded by a lot of violence, a lot of dominant males. There was something in that that I felt that I wanted to explore and understand and there is a very particular kind of violence here in Australia with Australian men. I guess I keep coming back to it because it’s something I’m trying to understand and don’t quite know why that particular violence is being nurtured or exists within young males. It’s just something that I’ve instinctively gravitated towards. I’ve got a couple of kids. They’re 16 now. They’re two girls. It’s incredibly exhausting being in that space and there’s a residue to it that never really leaves you. It’s quite a challenging place to be in emotionally when you’re making those kinds of films, so yeah, I’m trying to look for different things now.

Can you see yourself making a comedy?

Yes. Actually, my favourite genre is comedy, and my favourite directors are comedy directors and, if I watch a film, the first thing I’ll look for is a comedy. I’m incredibly scared of comedy though because I revere it. I have such high regard for it. I’m very picky about the sort of comedy that I like so, in some sense, I think it’s even harder making those films, but I’d love to one day. I’ve got to try and find what I would do well.

NITRAM is released exclusively in cinemas on 1st July.

Read our previous interview with Justin Kurzel in issue 19 of Schön! Read our review of Macbeth here.