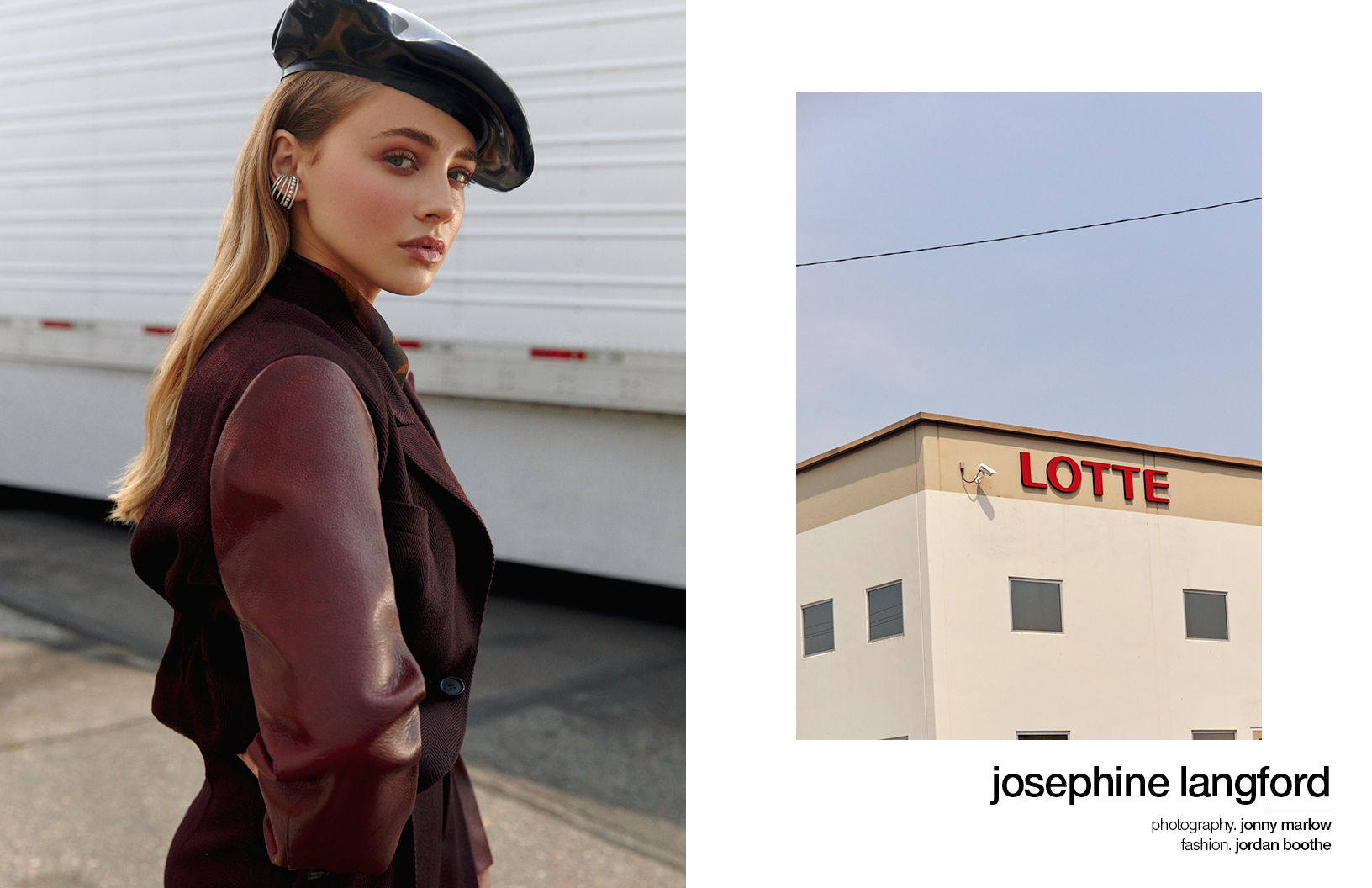 Josephine Langford is ready for whatever’s coming next. After being introduced to Hollywood through 2017’s Wish Upon, her fame exploded following her role as Tessa in 2019’s After, a film based on the massively successful book series by Anna Todd. Now that its sequel After We Collided is hitting big and small screens around the world, Langford can take a moment to look back on making the two films — and have some fun on the side. “I set myself a goal for the first fifty days [of quarantine] to do a vlog for a few friends: reviewing mops, commenting on junk mail, that sort of thing,” she shares. “It was absolutely for my own entertainment and not theirs, despite the high-quality content.”

When the After book series hit shelves, the novels and the world they created quickly developed a devoted fanbase. By joining its film adaptation, Langford was suddenly cast into this world, representing a character with whom many people had come to identify over the previous years. Being a part of this group has led to some interesting interactions with fans, she says. “I rarely get recognised but a girl came up to me when I was buying a shirt one day,” Langford recalls. “We started having a conversation about the books and how happy she was that this story and these characters she loved had been turned into films. Just getting to be part of a positive experience for someone and hearing that is so rewarding.”

Part of Langford’s ability to connect with the character of Tessa comes from having a close relationship with Anna Todd. Todd was a constant presence on set during the filming of the series’ first instalment, and for After We Collided, having her insight was key to Langford’s portrayal. “Anna was on set every day producing,” explains Langford. “She was always watching out for Tessa with dialogue, costumes, and different areas to make sure that she stayed authentic to the books.” 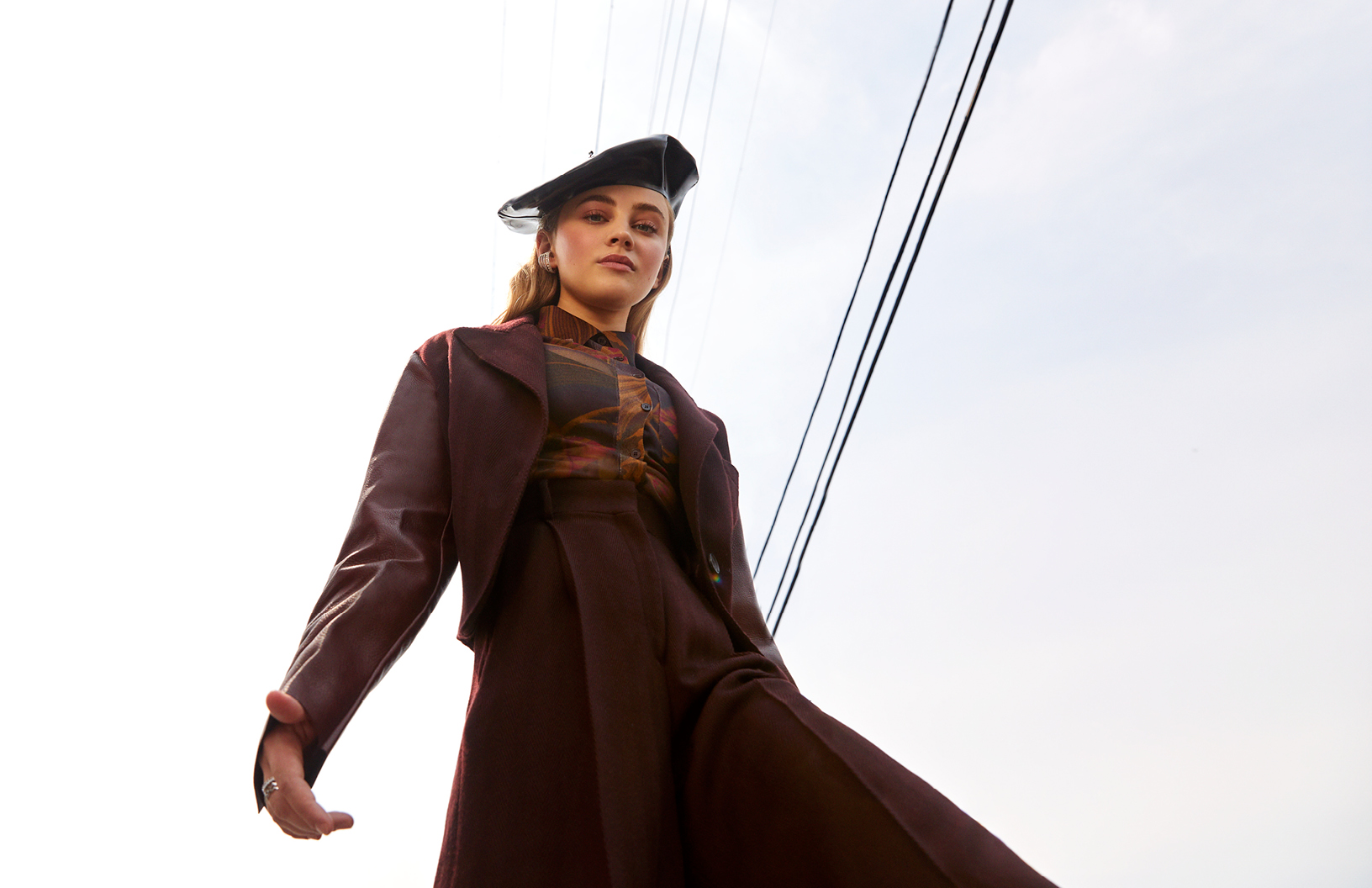 After We Collided brought Langford into some unfamiliar territory. In the film, she gets into a physical altercation with another character, a scene which she says required special attention. “Listening to the professionals” is key when preparing for a fight scene, she details. “We had a wonderful stunt coordinator, Kevin, who instructed Inanna and I how to fight safely for sections we were allowed to do. I’ve had super limited experience with stunt work but there’s an adrenaline to it and I love it. I’d love to do more of it.”

For all its new experiences, After We Collided still has plenty of the steaminess fans of the series have come to expect. When asked about the biggest misconception about making the more provocative parts of the film, Langford responds simply, “Maybe that they’re steamy when you’re making them?” She continues, “It’s the least interesting and creative part of the process because, with other scenes — if you’re doing them multiple times — there’s stuff you can add and discover. You can’t do that with scenes where there have to be previously agreed-upon actions and boundaries.” 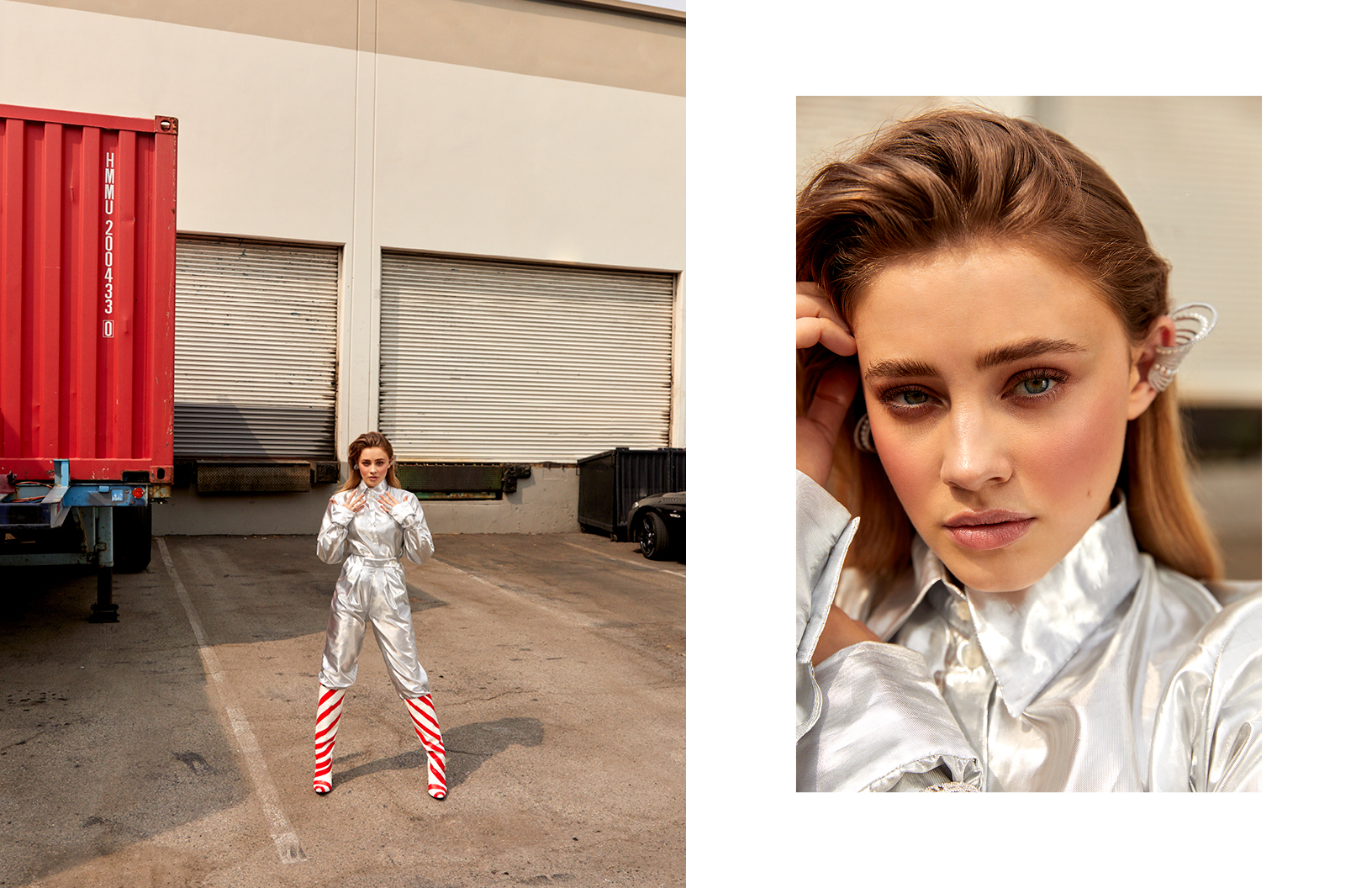 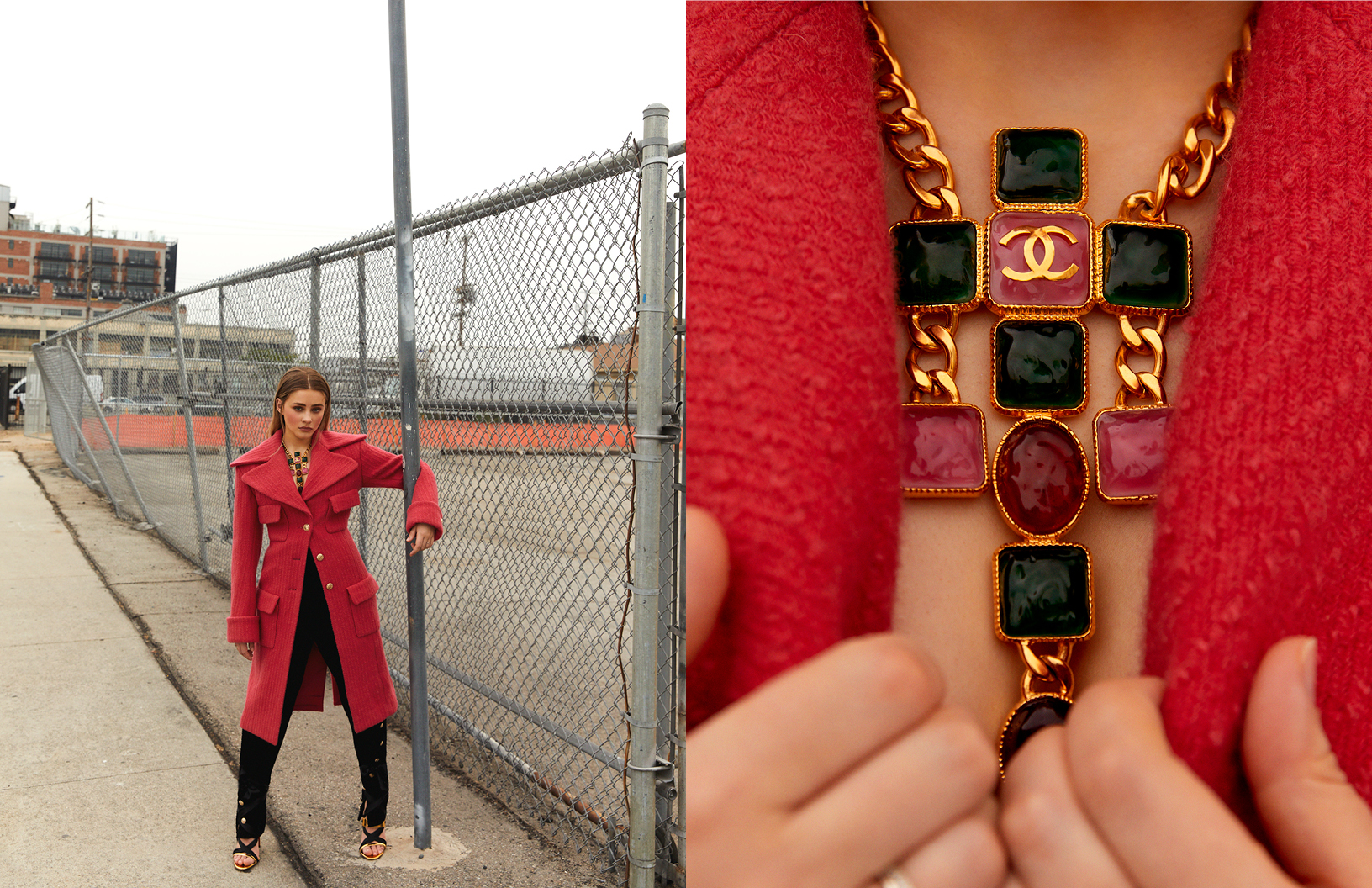 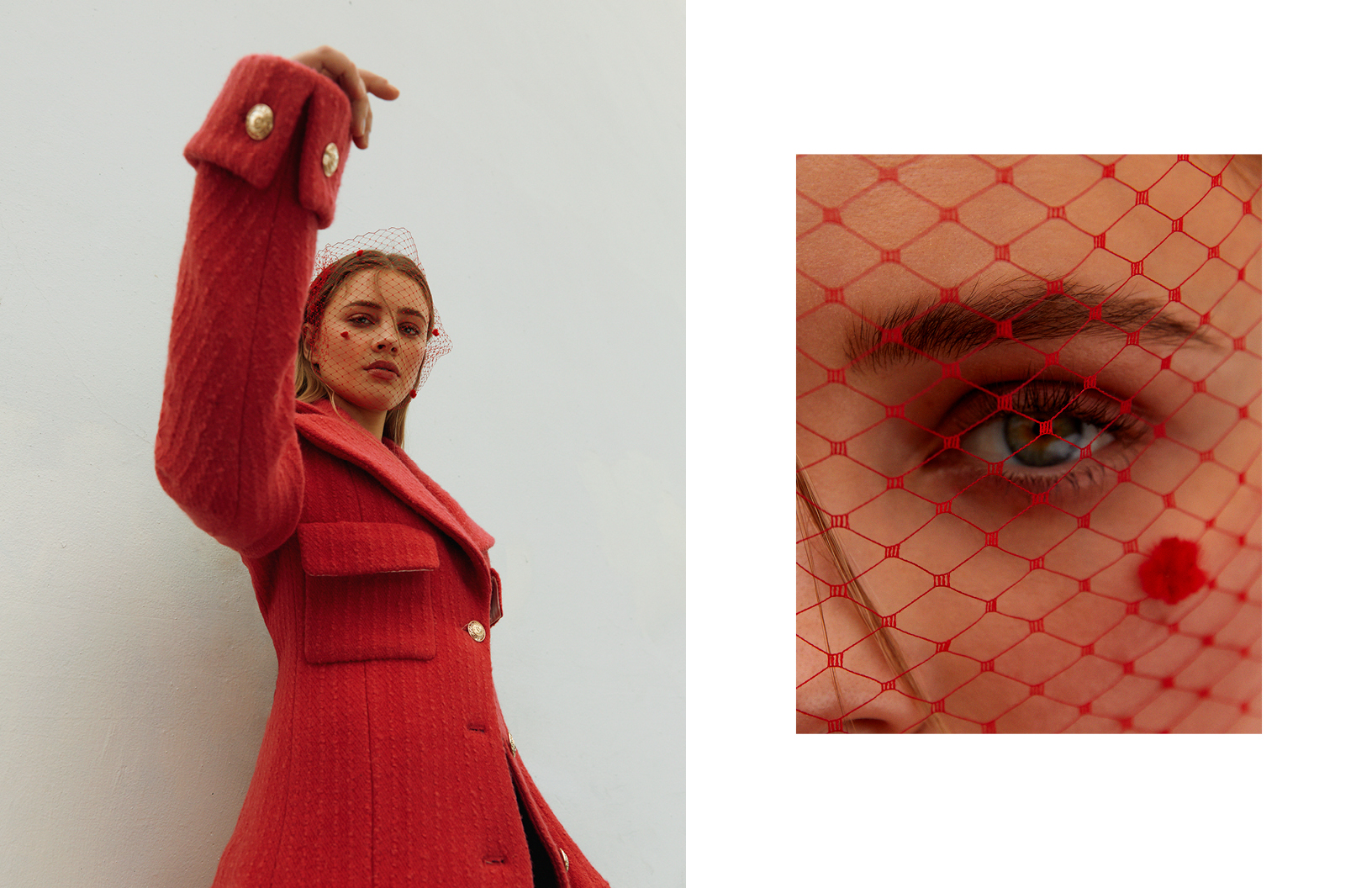 Besides After We Collided, Langford is also involved in the upcoming Amy Poehler-directed film Moxie to be released on Netflix. The script is adapted from a book of the same title by Jennifer Mathieu, which Langford read in preparation for the role. “I think it’s a wonderful adaptation of the book, but also with added humour and nice additions,” she says of the film. “I’d say the movie really focuses on establishing diverse identities and intersectionality. It speaks about privilege and generational differences in activism and the ways we speak against social injustice. It was interesting to see that commentary as I definitely have a more traditional view on activism.”

While few details about the film and how it differs from the book are available to the public, Langford can still provide some key facts about her character. “I play Emma. She’s the vice president and head cheerleader of her high school and one of those girls whose life seems perfect on the outside,” Langford shares. “She acts as a really important reminder to not judge a book by its cover. Humans are contradictory and complex and you don’t know who someone is or what they’ve dealt with until you know them. False assumptions are something that personally bother me.” 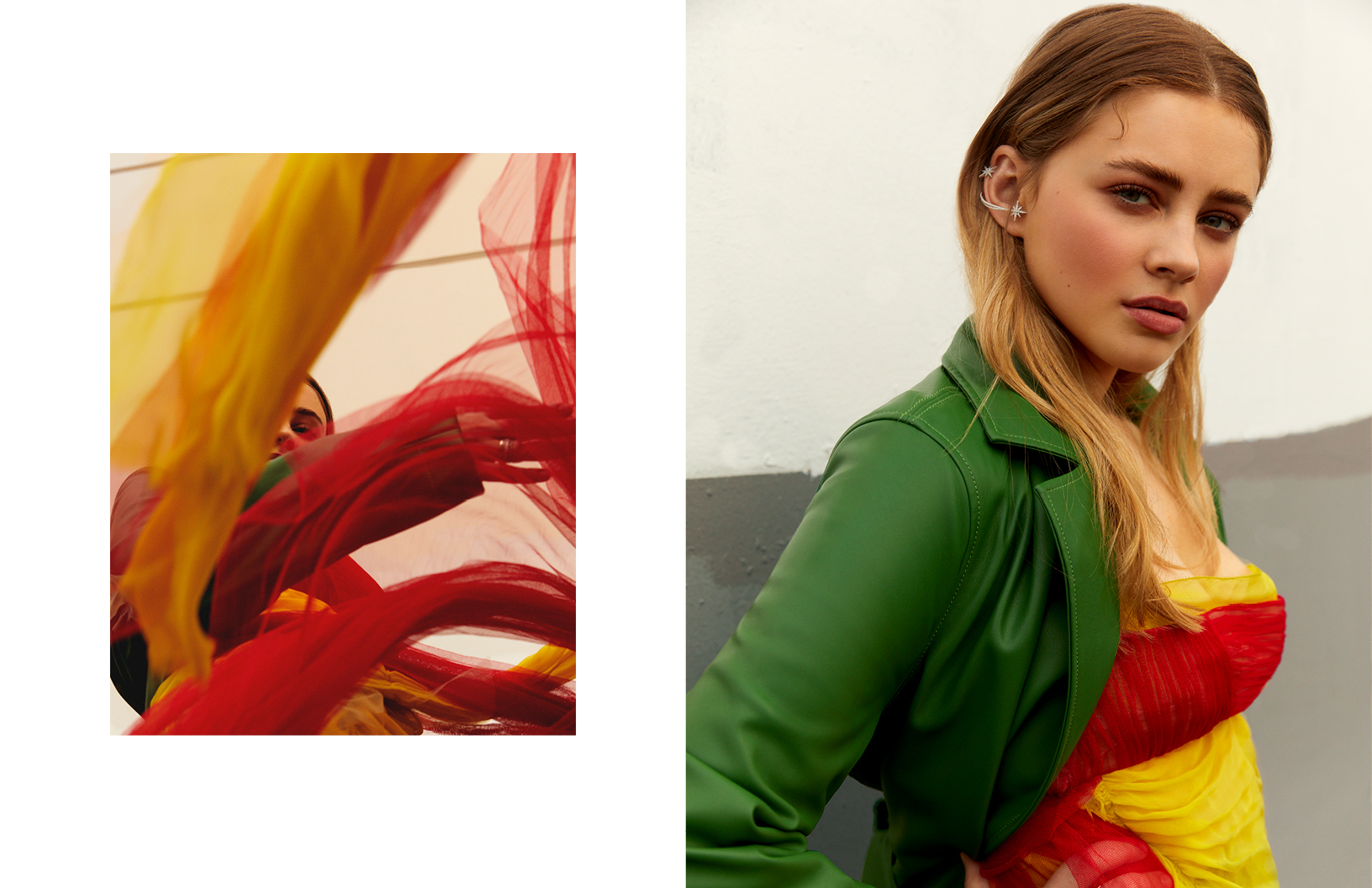 Being on set for Moxie was a particularly special experience, she says. “[It was] a positive, supportive environment… It was so great to get to be a part of something that talks about important and sensitive issues that hopefully people can get meaning from or just be entertained by,” she notes. Real-life political activists were involved in the filmmaking process, and in between scenes, Langford sought to engage them in real-world issues and how change can be effected in the world. “One day we had a variety of activists brought to set who set up tables, and in between scenes we were able to have conversations,” she remembers. “I’d never experienced something like that before and it was really incredible.”

Now that After We Collided is in cinemas and available for streaming, Langford says she’s looking forward to two things — “Getting to finish Tessa’s story and social change.” 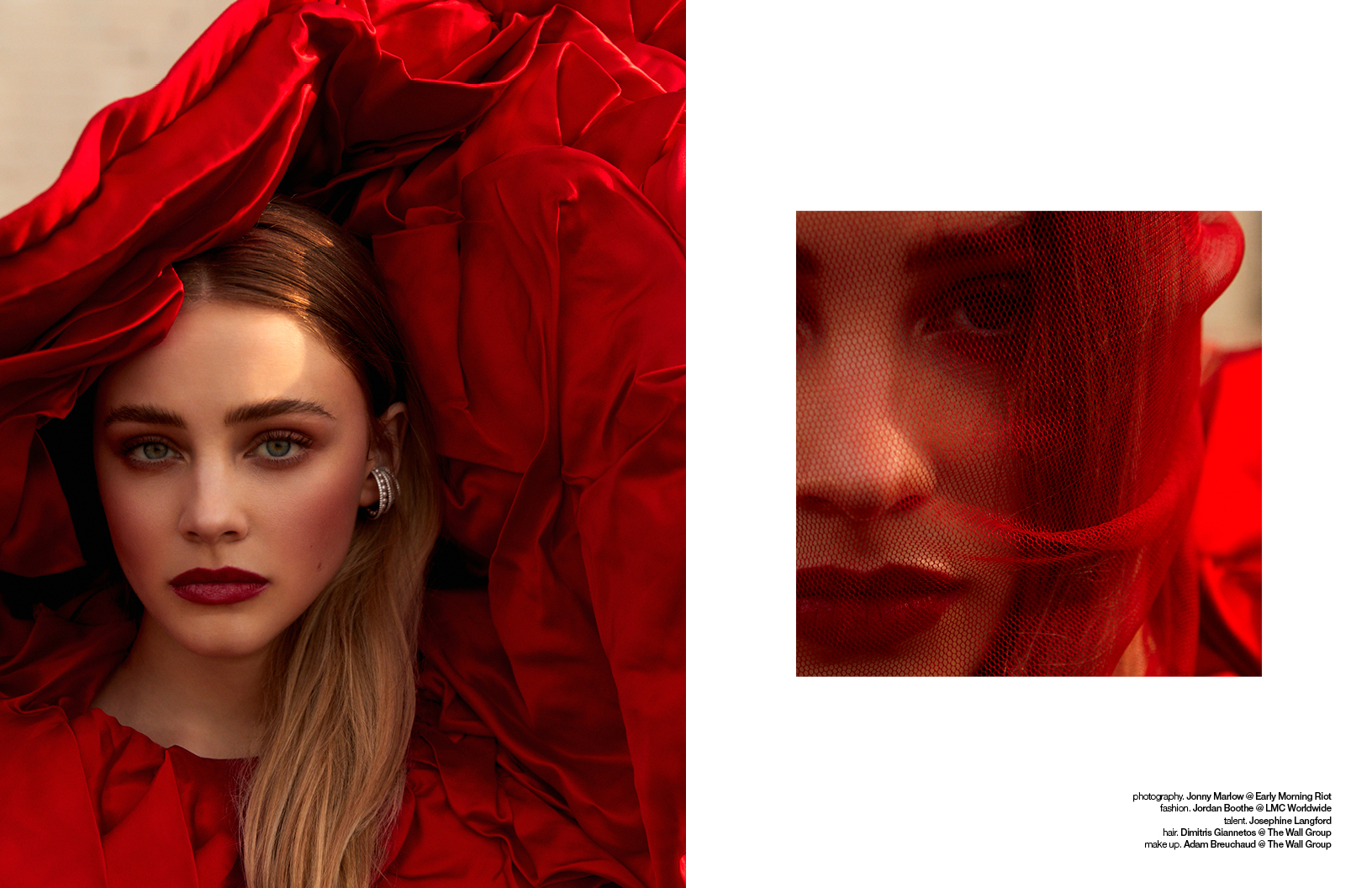 After We Collided will be in cinemas and available on-demand in the United States on October 23. The film is currently in cinemas in other countries around the world.