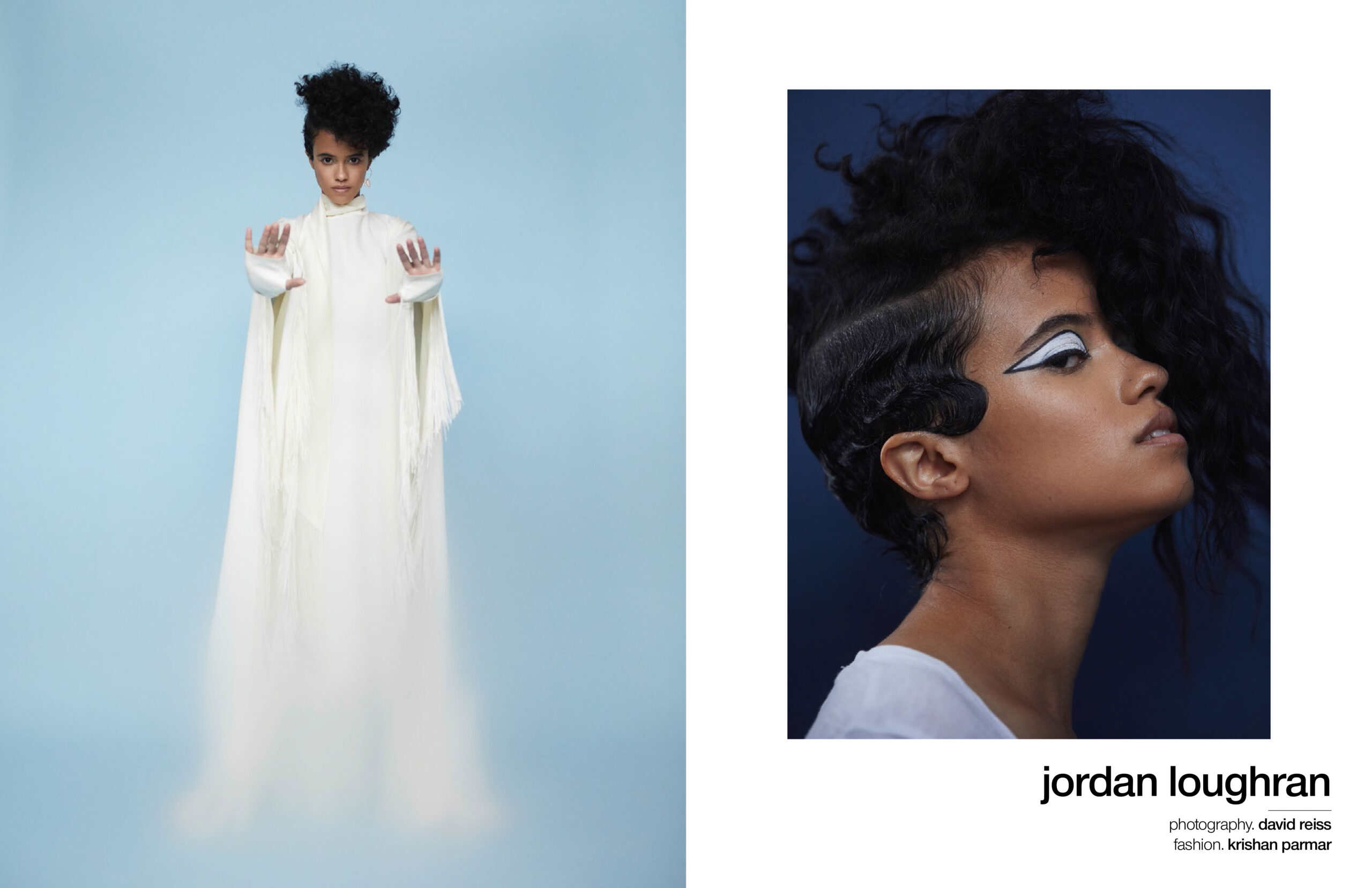 If you’ve caught Jordan Loughran playing Tempest on HBO Max’s sci-fi series Raised by Wolves, you’re certainly already familiar with her extraordinary storytelling ability. What you might not know is that her interest in compelling characters stretches far beyond her work as an actress.

Jordan tackles complexity with ease and, to that end, is currently in development for her next short film. Whether before the camera or behind it, Jordan is unafraid to approach the many structural issues of both the film industry and society as a whole — and she does so with refreshing authenticity. Schön! caught up with Jordan to find out more about all of her exciting projects and happily learned that she still manages to find time for the odd bit of Animal Crossing.

Hello Jordan! First, what’s been keeping you busy during quarantine?

I’ve been keeping busy by catching up on films and TV series I’ve wanted to see. I’ve also been baking and cooking, practising the guitar and doing a bit of writing.

How did you first join Raised by Wolves?

I met with casting for my first audition and then for my recall, I sent in a self-tape. Shortly after that, I found out I’d gotten the role of Tempest. It all happened quite quickly!

Tempest was one of the most interesting characters to follow from the first series. When you first read the script, what did you connect with most?

It’s tricky to put into words. I feel like I connected to Tempest all at once; she had a place in my heart from the moment I started reading. Tempest is someone who is trying to do the best they possibly can in an extraordinarily hard and painful situation, and that was something that really resonated with me. 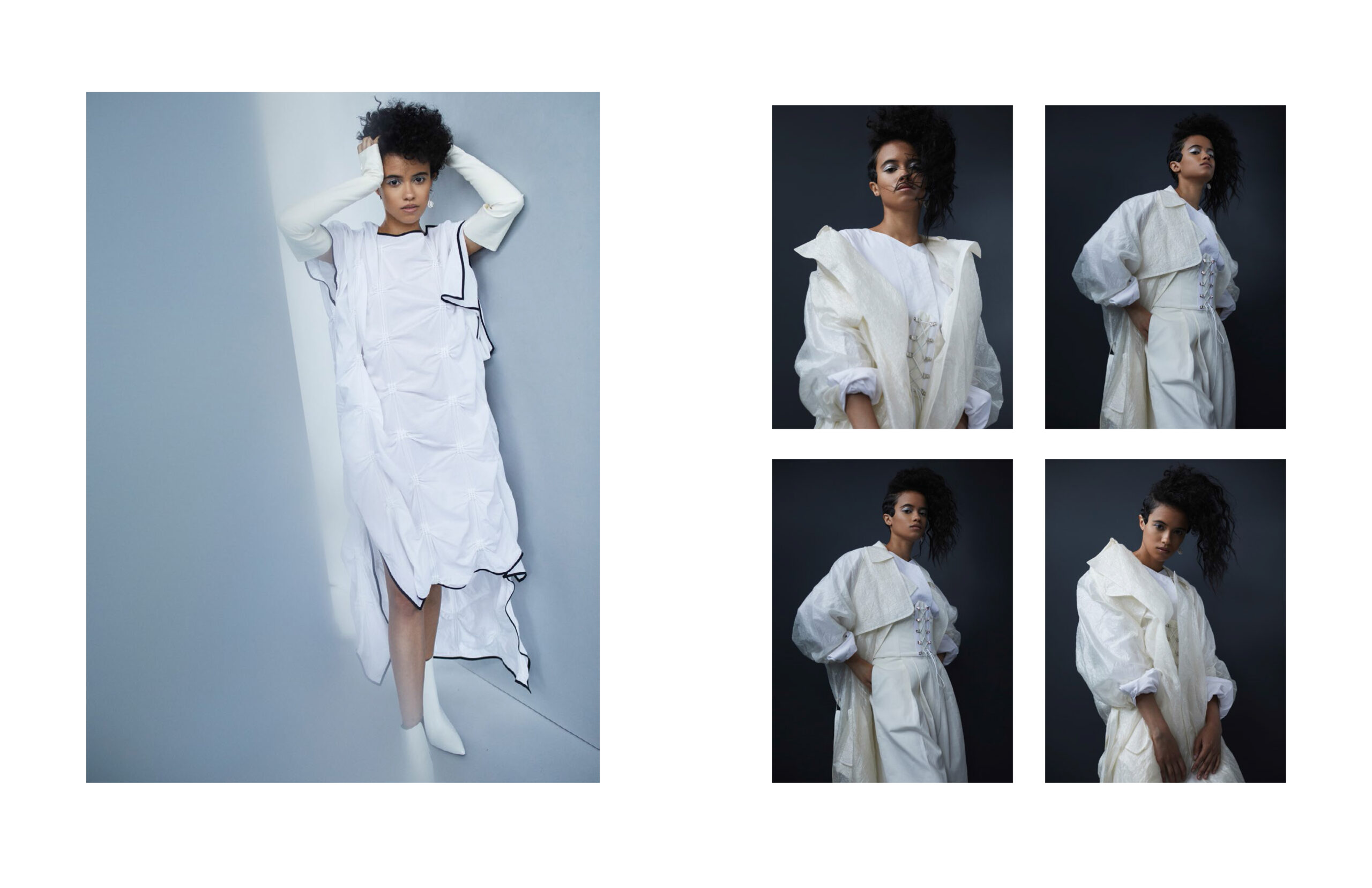 What preparation went into playing Tempest?

To prepare, I read the book Betrayal, which the film Spotlight is based on and researched PTSD, particularly in survivors of sexual violence. As Tempest is also dealing with pregnancy, I did some research into that just to have an idea of what she might be going through within her own body.

On that topic, Tempest deals with some difficult events over the course of the series. Did you have any discussions with the writers/directors about playing those more difficult scenes? What were some of the challenges of that?

Yes, I had several discussions throughout filming. I think one of the biggest challenges of shooting the more intense scenes is keeping the stamina going so that you’re able to bring the same level of emotional intensity and openness whether it’s the beginning of the day or the end of the day. Filming such emotionally intense scenes also taught me the importance of checking-in with myself at the end of the day.

You mentioned you read the book Betrayal in preparing for the role. What insight did that give you into the character?

I think it gave me lots of insight as I felt it had the strongest parallels to what Tempest is going through. It made me think about how she would deal with the loss of her faith and how that loss is also tied to a loss of identity and, to a certain extent, a loss of community. It also helped me understand the different and complex feelings that can come up when interacting with people who are still a part of the faith/community that you’ve had to leave because of the trauma that’s been caused. 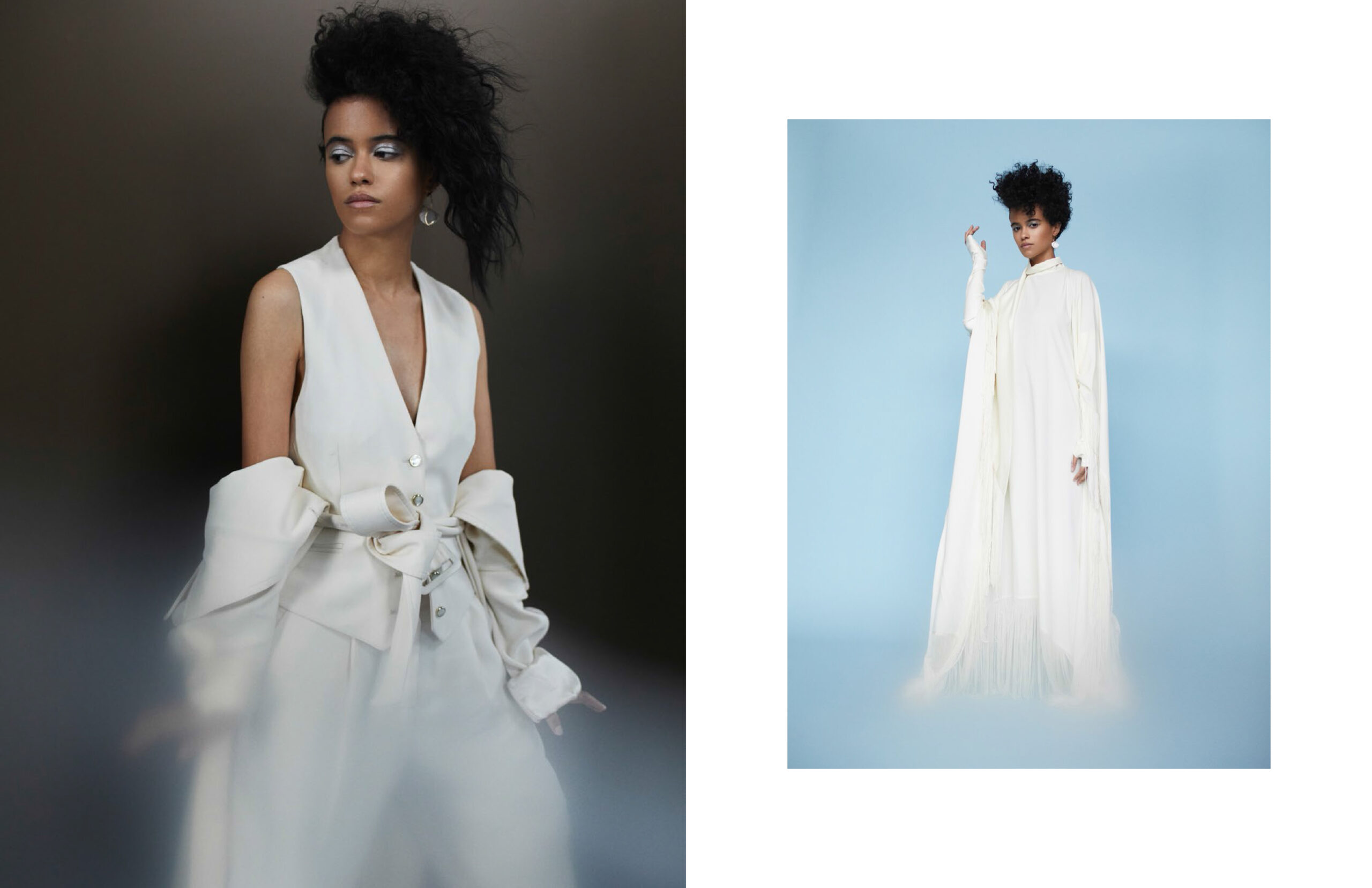 How do you think Tempest will grow in Season Two?

I think you’ll see Tempest as she progresses in her journey of healing. Throughout the first season, you see her starting to open up a bit more and learning how to trust again, so I think more of that lies in her path. I’m really excited to discover what happens next in Tempest’s journey.

Your essay for iCARE was really beautifully written. How do you think diversity in the film industry has changed since you first began acting?

I think there is a lot more diversity in the film and TV industry since I first began. We’re also seeing more diversity behind the camera in terms of writing, directing and producing. We still have a way to go though; there’s a lot more that can and needs to be done to improve representation — not just in the creative industry, but all industries.

You also make films of your own. Do you currently have any plans to do more behind-the-camera work? What do you like about that?

I do — I’m actually in the middle of developing my next short film. I love being able to bring characters and stories to life, and there’s something incredible about seeing your own words come alive on screen. Also, working behind the camera has given me an even deeper appreciation for filmmaking as a whole. 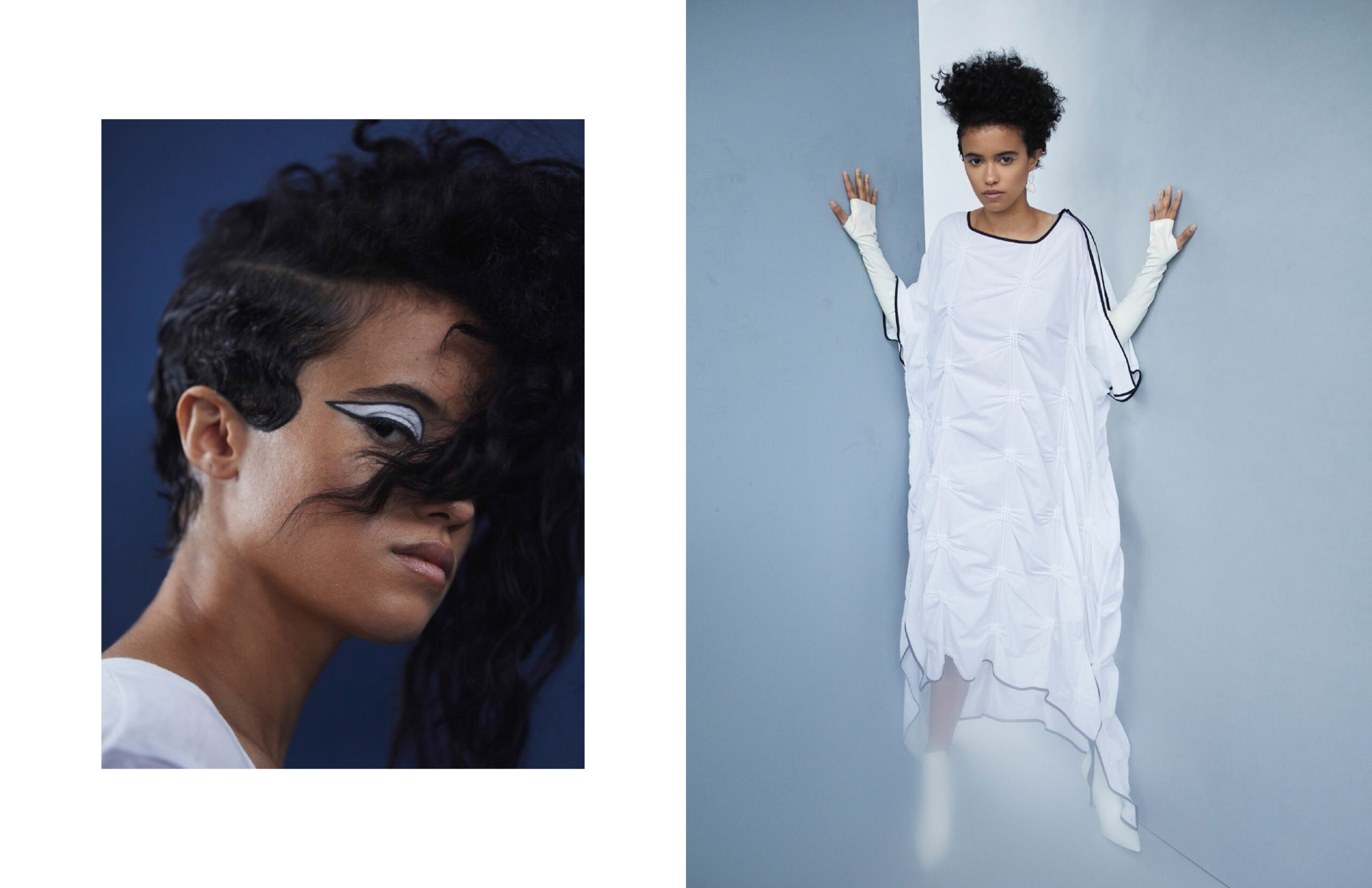 If you weren’t acting, what do you think you’d be doing?

I love languages, so something to do with that. Perhaps a translator.

You’re also a gamer, we hear. What have you been playing lately?

Yes, I’ve been a gamer for as long as I can remember! I’ve been playing lots of Animal Crossing — probably too much. I’ve also been playing the new Crash Bandicoot game, which has been making me feel very nostalgic!

What’s a personal change you’ve made in the past year that’s affected you the most?

I suppose cutting my hair. Apart from the rare, very slight trim, I hadn’t cut my hair since I was about four? I got an undercut for the show, and that gave me the push to cut my hair short for my birthday. Before, I found the thought of cutting my hair very daunting, but now that it’s done I absolutely love it. It’s hard to describe, but it definitely felt like getting my hair cut was marking a moment in my life somehow.

Right now, I’m looking forward to making my next short and starting work on Season Two of Raised By Wolves! 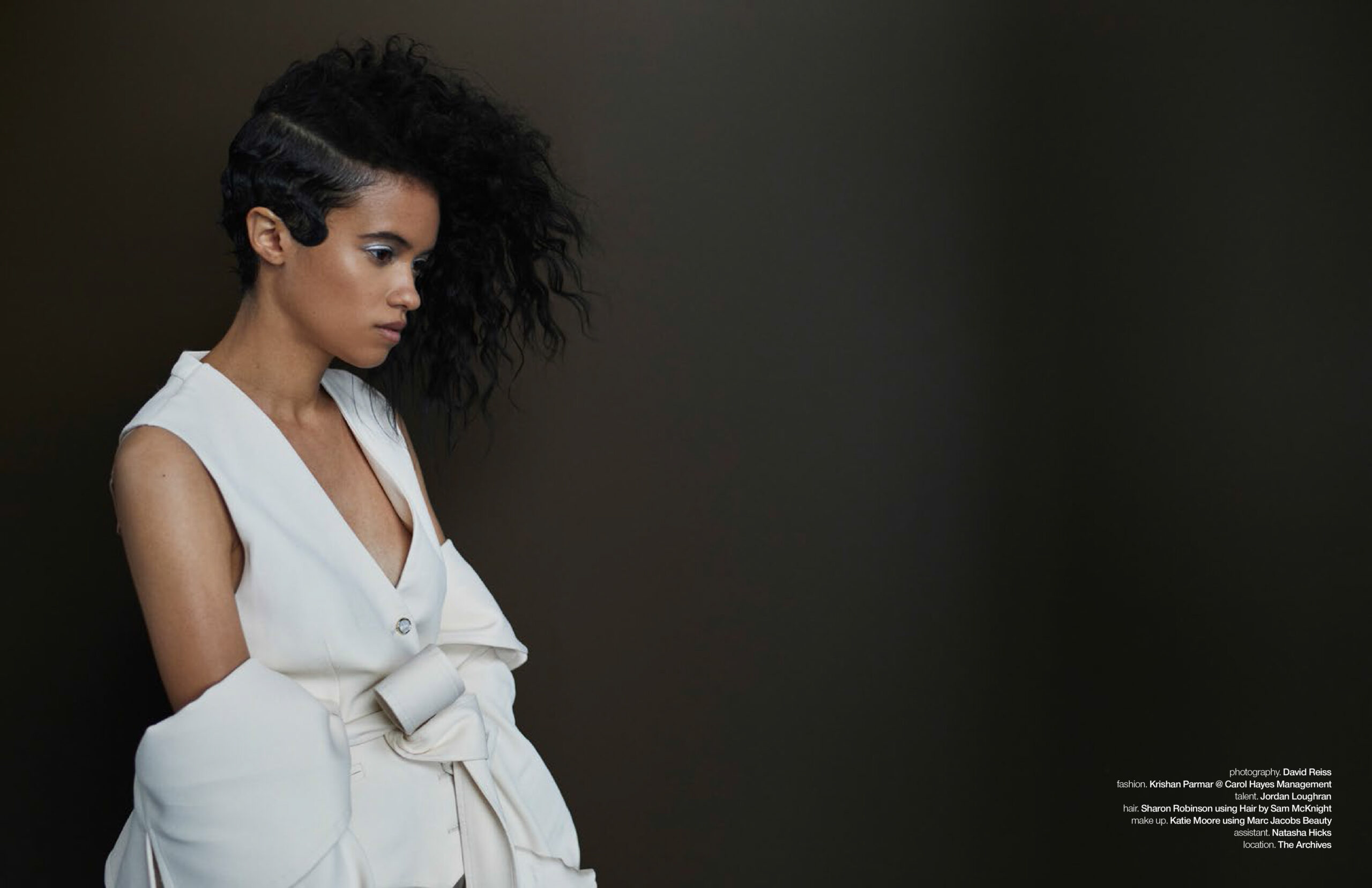 ‘Raised by Wolves’ is currently streaming on HBO Max.