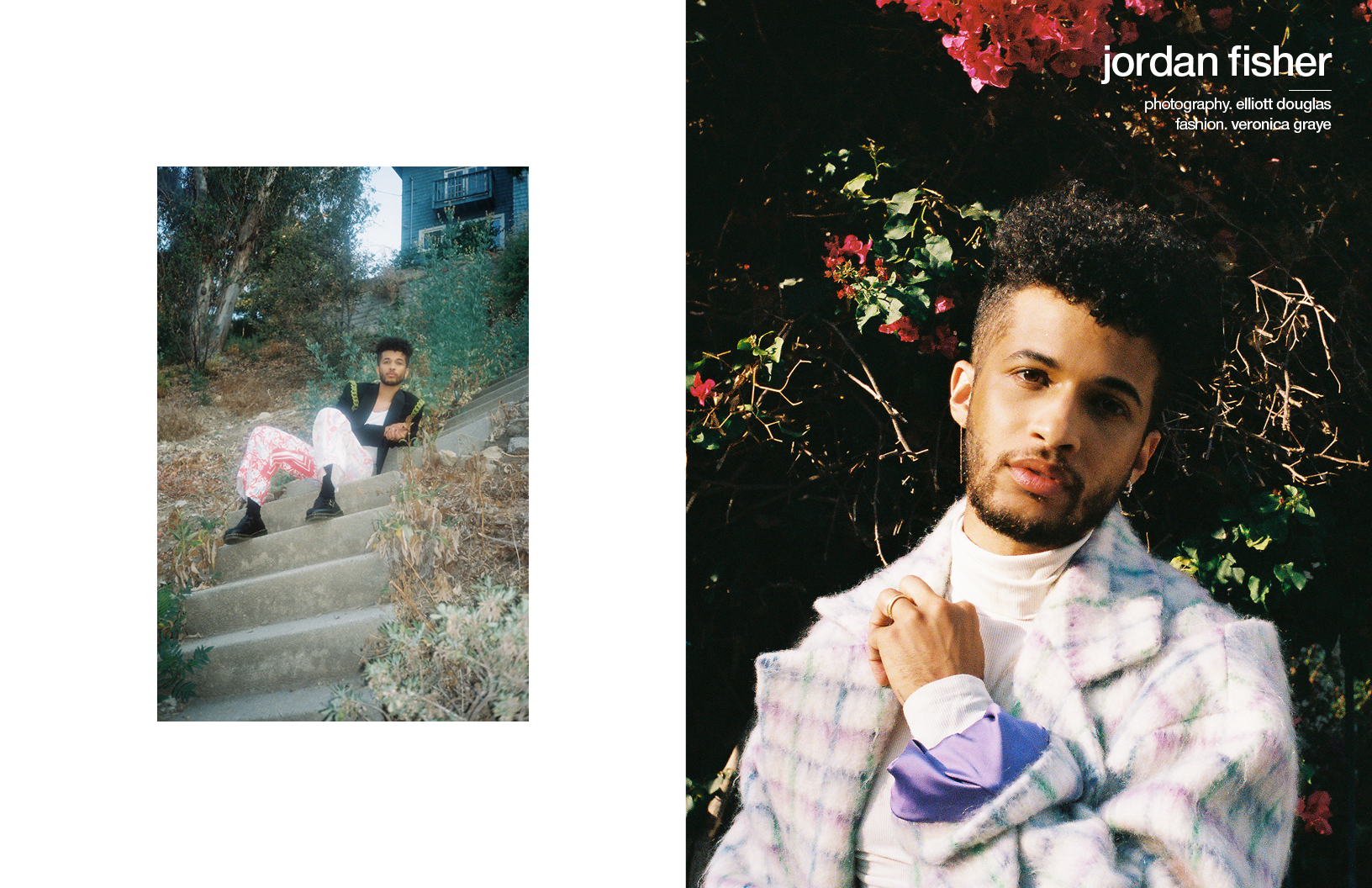 The Birmingham, Alabama-born and Los Angeles-based actor, Broadway star, musician, television producer and overall visionary Jordan Fisher has been very busy this year. Fisher has been treading towards the pinnacle of supremacy with the release of each project that he’s ever so passionately involved with. The embodiment of each character easily demonstrates Fisher’s artistic meshing abilities and unmatched savoir-faire – all of which are bolstered by his latest project, Dear Evan Hansen on Broadway.

This musical explores heavy themes of friendship, grief and mental health in the age of social media. The role of Evan taken on by Fisher is easily one of the most difficult male roles on Broadway today due to not only the amount of emotional turmoil that the actor has to deal with, but also the music, amount of material and stage time. However, Fisher overcomes these obstacles through sheer brilliance. Schön! sat for an exclusive chat with Fisher to discuss his upcoming shows, his forthcoming role, preparation and more.

In recent years, you’ve been starring in some pretty high profile films and musicals. What has your journey been like leading up to your role in Dear Evan Hansen?

It’s a long one. I mean, I started when I was 10. You know, as I’ve been doing this for almost 18 years, so it’s been a long trajectory and I’m glad. It’s been years of grinding and working and building and creating and developing and whatnot that’s led to a world where I get to be picky and choosy about the things that I’m a part of and the things that I put my hands on, whether I’m a producer or an actor, or whatever the case may be. I think everything that I’ve done in my life up to this point has led towards training and preparation for a role like Evan Hansen. I mean, it’s a tough one; it’s a tough show, it’s a tough role. It’s pretty widely considered like the most difficult male role on Broadway, just because of the amount of emotional turmoil that you have to deal with as an actor, just kind of throughout the thing, and the level of the music, the amount of material — like Evan never leaves the stage, so it really requires a good solid foundation and a lot of training. But here we are. I’m so glad to be back. I was in my sixth week of performances when COVID shut everything down, so we’re all so happy and excited to get the show back up.

You were cast right before the lockdown happened. Do you feel like because of the emotional turmoil we went through as a society that you were able to connect with your character more?

COVID has nothing to do with the connectivity with a character. It’s really just what’s going on in our personal lives, honestly. Like, an artistic and personal development with a character, that requires just time in general. I don’t want to say like, COVID made me feel closer to Evan at all. I have my own relationship with anxiety and depression, and that’s really where the real connective tissue kind of lies, but that’s also where therapy comes into play and you know, being a trained actor and being able to use what’s appropriate in your method of acting 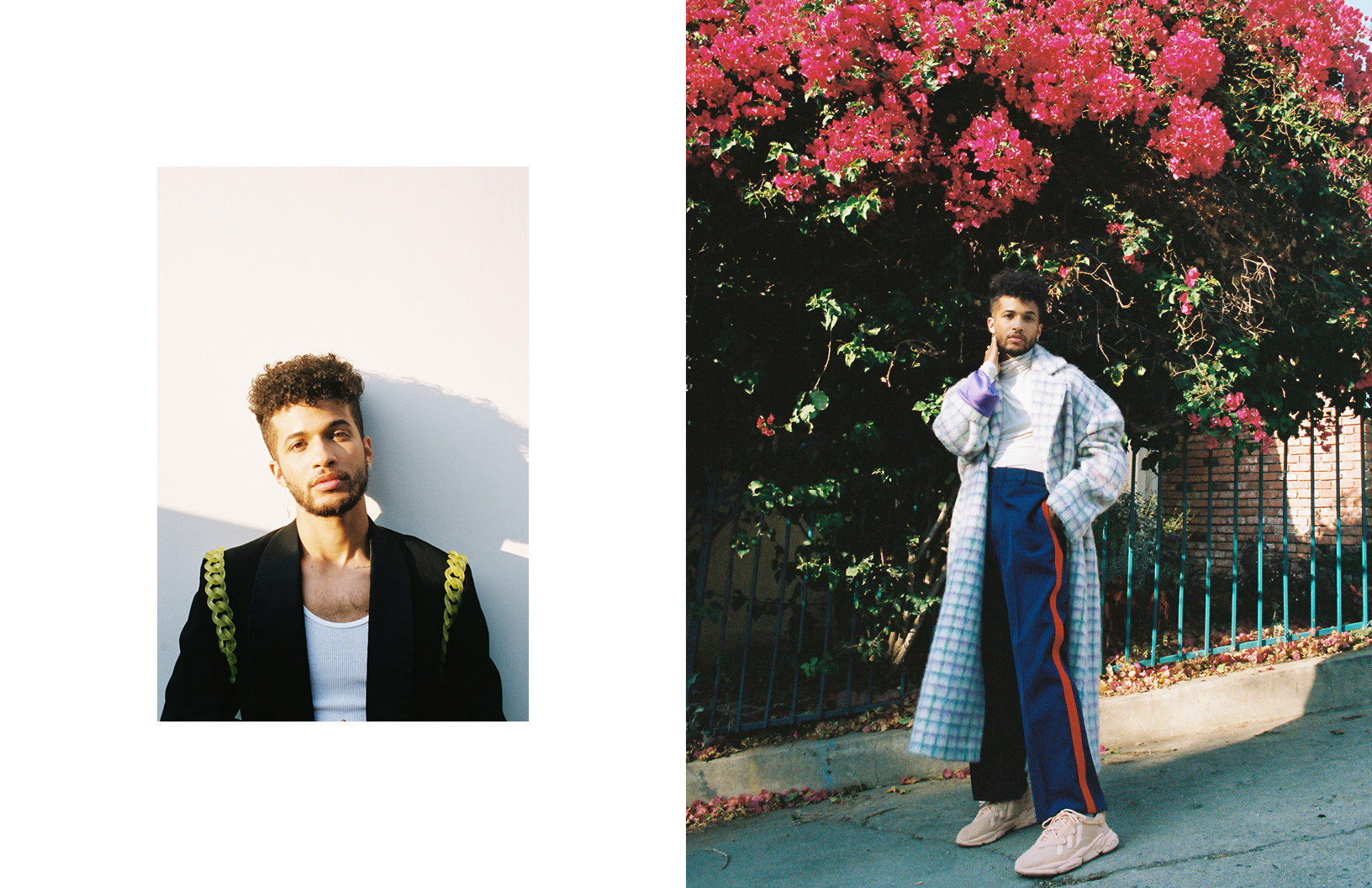 What goes on in your head before and during your performance? Do you feel nervous, excited?

How did you sort of work towards personifying the message behind the musical?

Being transparent, being honest. I think that so much of art in general, why we create or why we do what we do, is to help people feel less lonely in their lives. Like, a song doesn’t work unless somebody can go, ‘oh, I feel that,’ right? Same thing with a film, the same with the TV shows, same with Broadway. You have to be honest in your work and transparent in your work, and that requires time, and training, and then frankly, just like etiquette, where you’re taking care of your own life, and your own mental health, and all that stuff is concerned; it’s all just a part of the whole thing.

The material definitely takes care of itself because of the nature of the show, and the characters and the relationships within the show. But in terms of magnifying and personifying, the emotional quality of everything that comes through all of it — I mean, I’m not gonna sit down and give a dissertation on my life and where the connective tissues are and what I personally relate to, because all of those things are very personal… If you come to see the show and then there’s material or something that happens or a choice that an actor makes on stage, that’s an honest and transparent moment that an actor is choosing to do, whether the role is concerned or the show is concerned. That’s theatre; that right there, definitively speaking, is what theatre is. You’re doing a disservice to yourself and everybody else if you aren’t honest within your work.

The musical definitely explores a lot of themes of friendship, grief, mental health, especially with social media. How do you think these themes translate in our current climate?

I mean, just walk down the street and ask people how they’re feeling today. They’re probably gonna go, ‘um, you know,’ and then give their answer if they choose to be honest. Otherwise, I feel like most people just say, like, ‘I’m good, I’m good,’ because that’s the way that we’re conditioned to be. It’s to always be good when at the end of the day, it’s okay to not be, right?… You don’t know what people are going through in their life, ever, right? You have to lead with love, you have to lead with kindness, and at the end of the day, there is a community for you. That’s really what so much of the show is about.

You know, obviously Evan goes through ups and downs and fabricates this thing and it turns into a circus of stress and anxiety because he feels like he’s doing something that’s very helpful but it’s also — you know, selfishly, he for the first time in his life really feels like he belongs somewhere. Everyone has gone through that, everyone has felt that, right? I think if you just walk down the street and ask people how they’re feeling, you can see where work like this and material like this is so vital right now. We need material like this out there. We have to be talking about mental health and thankfully, the normality of social conversations these days, social culture suggests nowadays that really prioritising your mental health and taking care of you as a human and taking care of other people, being there for other people is such an important part of the show and such an important message and everyone needs that right now. 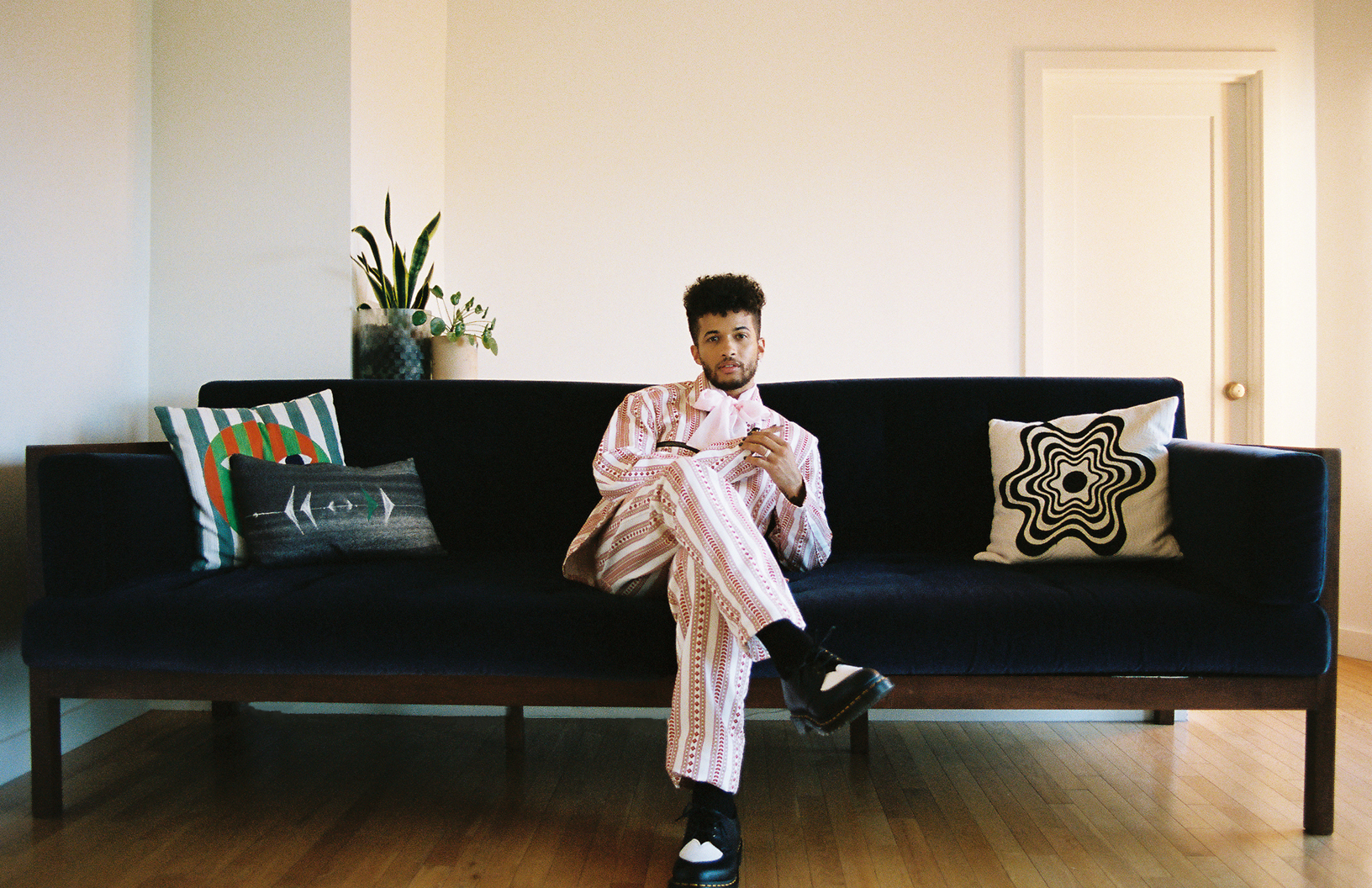 Speaking of transparency and everything that you just mentioned, you’ve definitely been an advocate for mental health across your platforms in recent years. What sort of conversation are you hoping to start next, especially when the show starts out again?

I think we need more normalcy in these conversations. I hope that people just continue to want to take care of one another, and in terms of conversations that need to be started — like it’s everything here, right? There’s no material out in the world, really, that talks about mental health in Black communities, but that’s a major thing. A massive lack of conversation within black communities — like there’s nothing out there. Like, can you think of any film or TV show or musical or play or anything like that focuses on a Black individual dealing with major mental health issues?

Yeah, so like that. This is the beginning of that, right? So hopefully, there’s more of this, and I’m taking it upon myself to create content that other people are as well, but we just have to continue to normalise conversations about mental health.

Could you give the readers of Schön! a peak into any of your upcoming projects?

A lot of stuff. 2022 is gonna be crazy. There is a lot of really fun stuff coming out. I just announced a Pixar movie that I’m in called Turning Red. It’s super exciting! 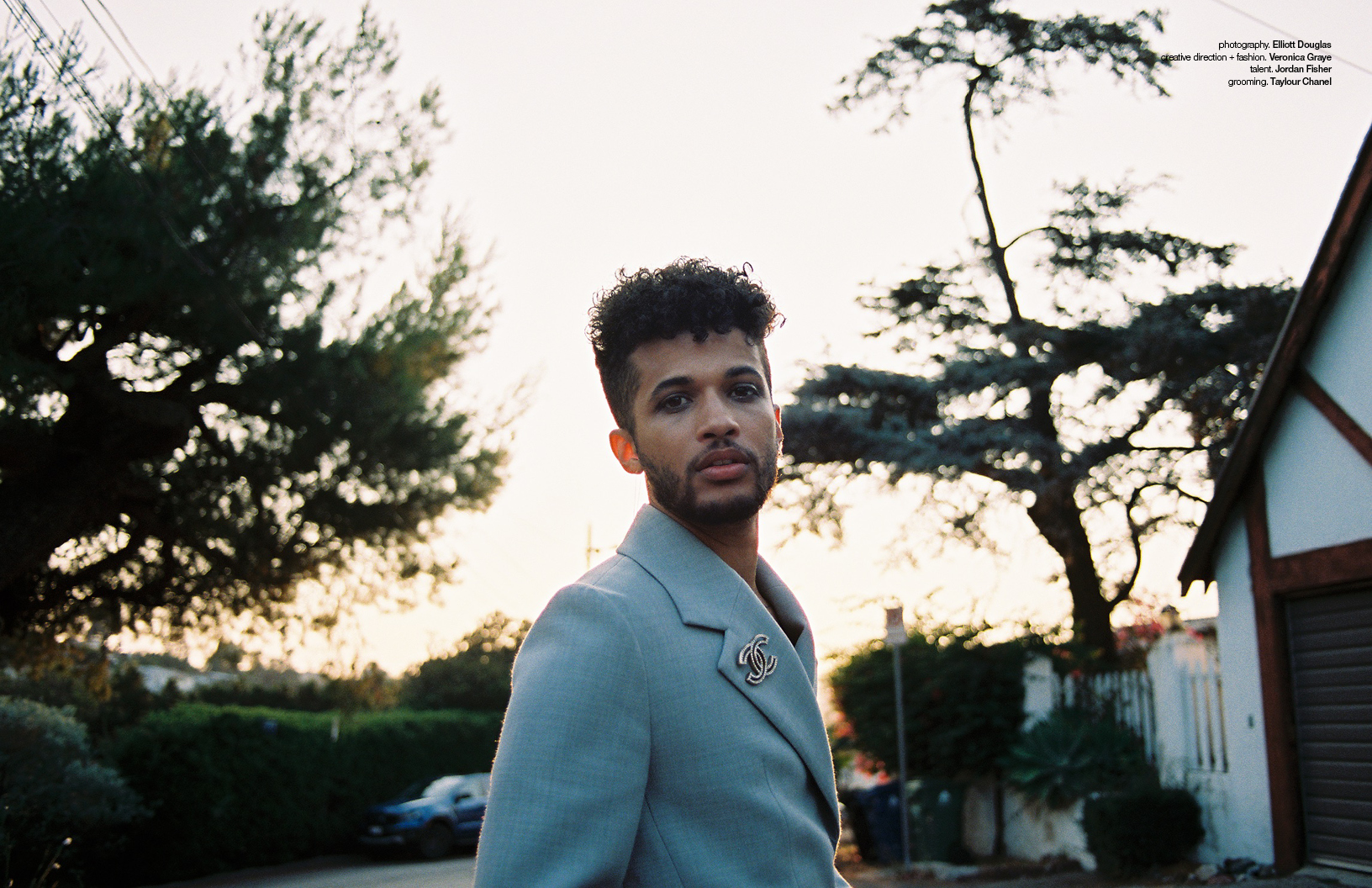